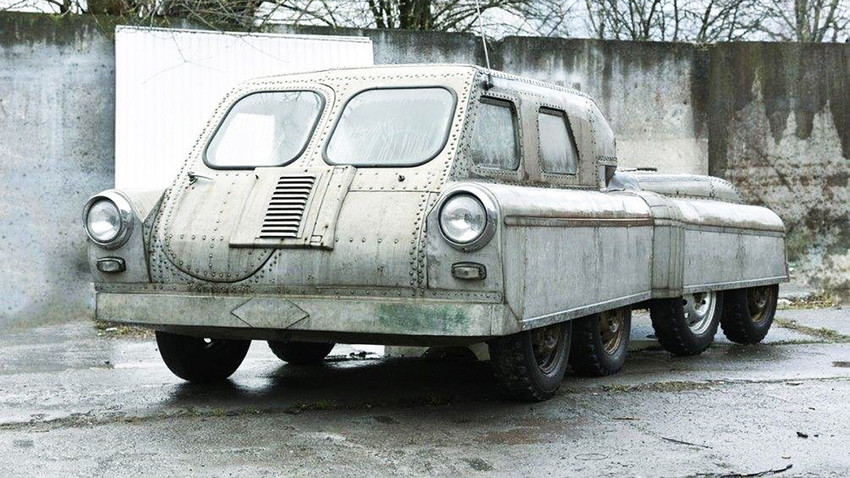 Egorovs' Auction House
This vehicle looks straight out of a retro-futuristic movie, but it’s absolutely real. Can you guess what it was made for?

This one-of-a-kind car was discovered in 2017 in the city of Chelyabinsk. One of the local VK.com users reported finding it at the old garage he purchased outside the city. The amphibious car has been dubbed Argo by the new owner. In spring 2019, it was on display in the Old-Timer Gallery in Moscow - an exhibition of unusual vintage cars. But who made it, and what for? 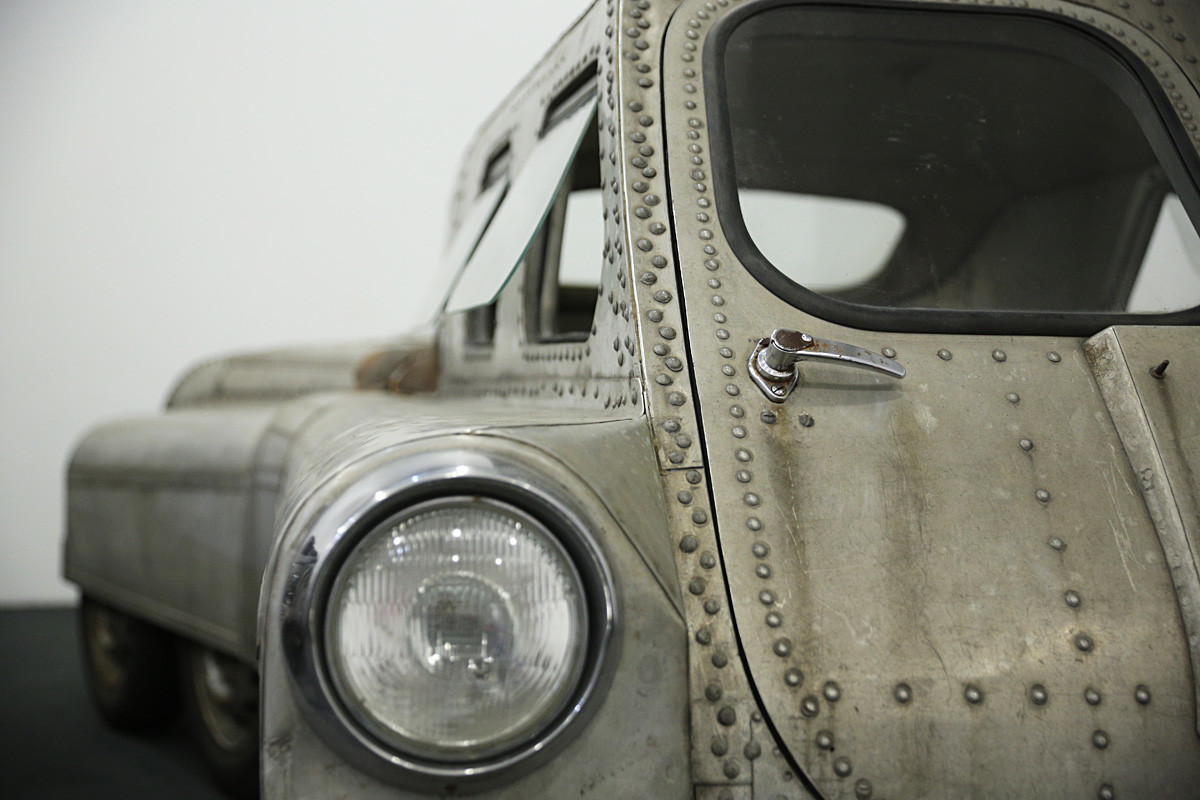 This 8-wheeled amphibious all-terrain vehicle (AATV) was created by engineer Maxim Melnichenko. He worked at the Chelyabinsk tractor plant and created this masterpiece at the end of the 1960s. They say that Melnichenko was an avid hunter and often traversed the Ural forests. Apparently, he got together several like-minded coworkers to build this unusual car for traveling into the wild. 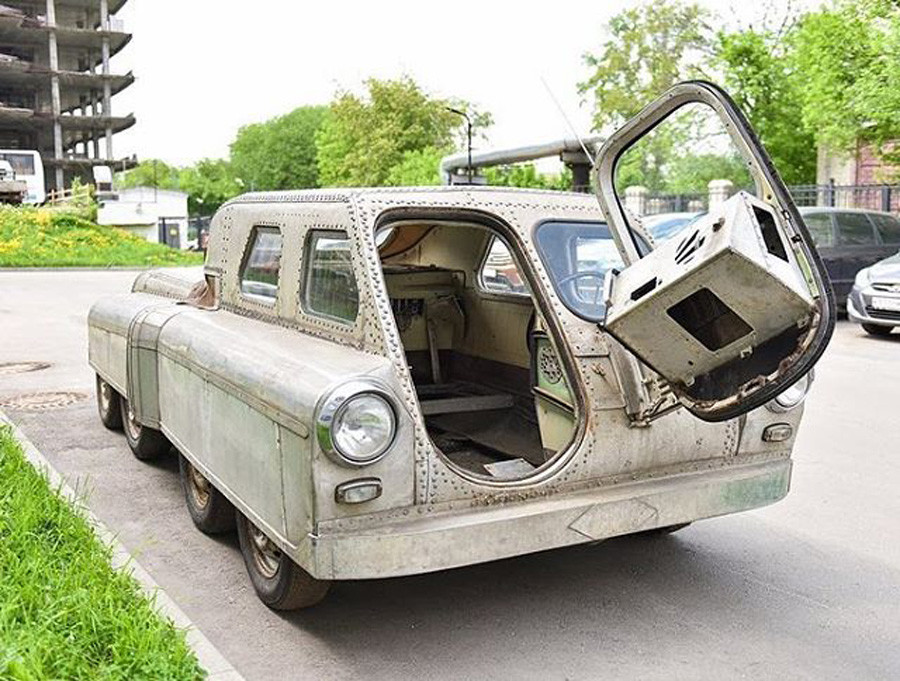 The most interesting thing in this construction is its articulated rotation mechanism, like you would find in tractors (after all, the vehicle was built at a tractor plant). The only door is in the front. In the rear section, there were plans to place an engine (probably from a GAZ M-20 Pobeda), as well as the hydraulic pump. However, that never came to fruition.

Argo is powered by a hydrostatic transmission. All the wheels are equipped with compact hydraulic motors. In fact, it has an 8-wheel drive, and on each pair of wheels, you can fit a caterpillar track. Good thinking! 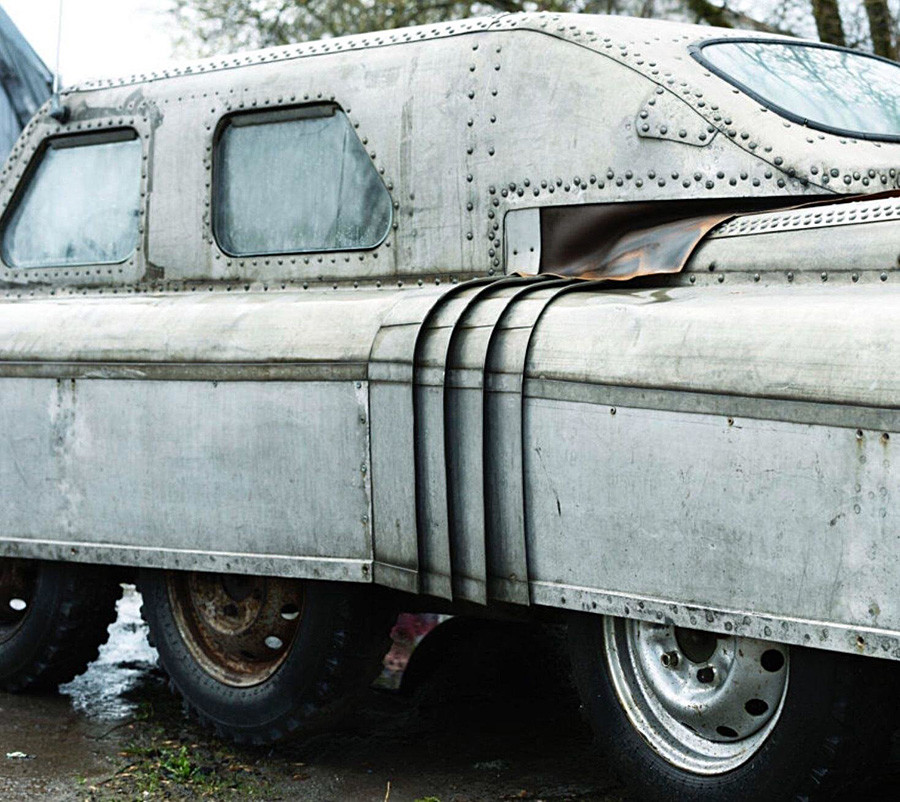 The car consists of two sealed sections made of duralumin, a high-strength alloy of aluminum. The joints are designed in the shape of "gills", giving Argo its steampunk look. 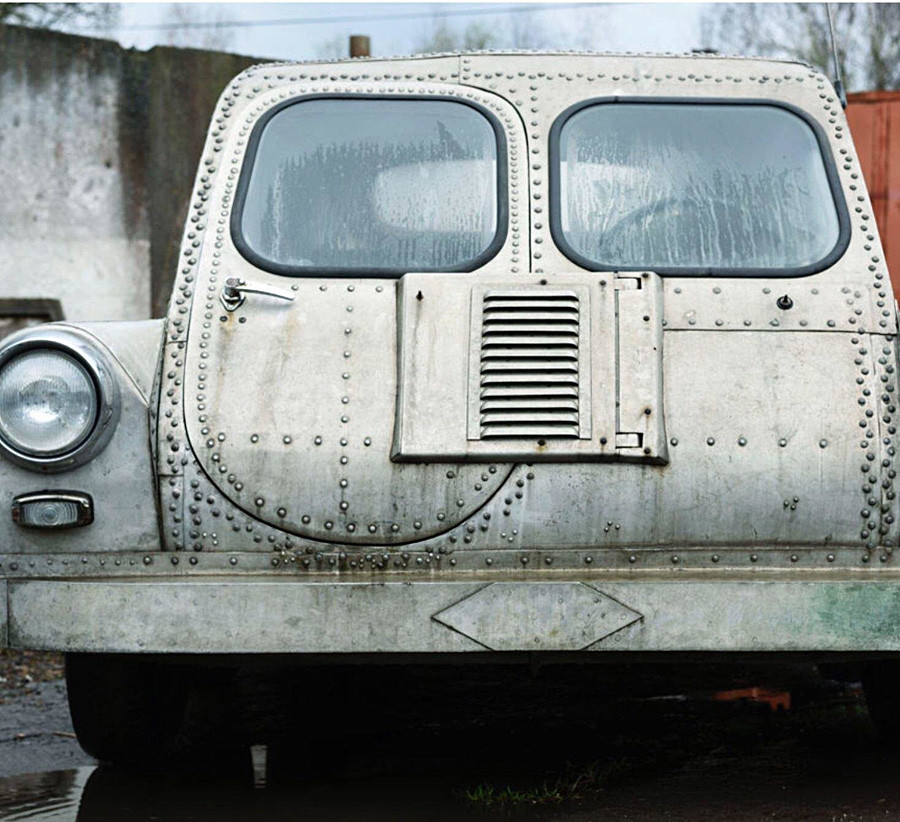 Russian media wrote (with reference to the plant’s employees) that only some people knew about Argo. Others speculate that no one at the factory actually knew which vehicle exactly the individual hydraulic motors on wheels were made for.

5. The project was never finished 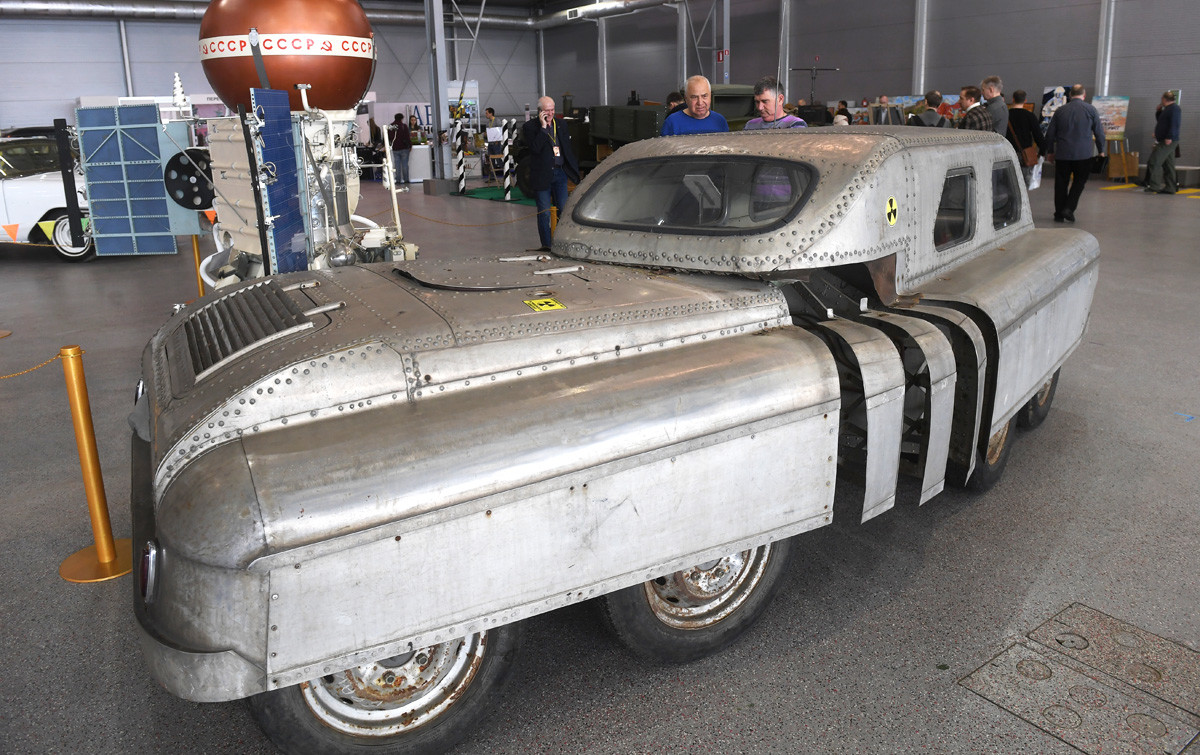 All this time the car was stored at the Melnichenko’s garage in the Chelyabinsk Region. After his death, the garage transferred to his daughter, who decided to sell it in the 2010s. The new garage owner found Argo inside. After that, Argo changed owners twice, until it ended up in the hands of automobile historian Vladimir Kireev. He bought it in 2014, but only in 2017 was it possible to move it to Moscow.

As he told Russia Beyond, this construction has lots of weaknesses. "The idea itself was very interesting, but absolutely not viable and has a large number of insurmountable drawbacks. I think the designers realized this and decided to stop." His collection also includes dozens of old-timer cars, from such self-made vehicles to ceremonial ZILs – and many of them can be seen on display at Russia’s motor shows. In future, Vladimir plans to open a retro transport museum.