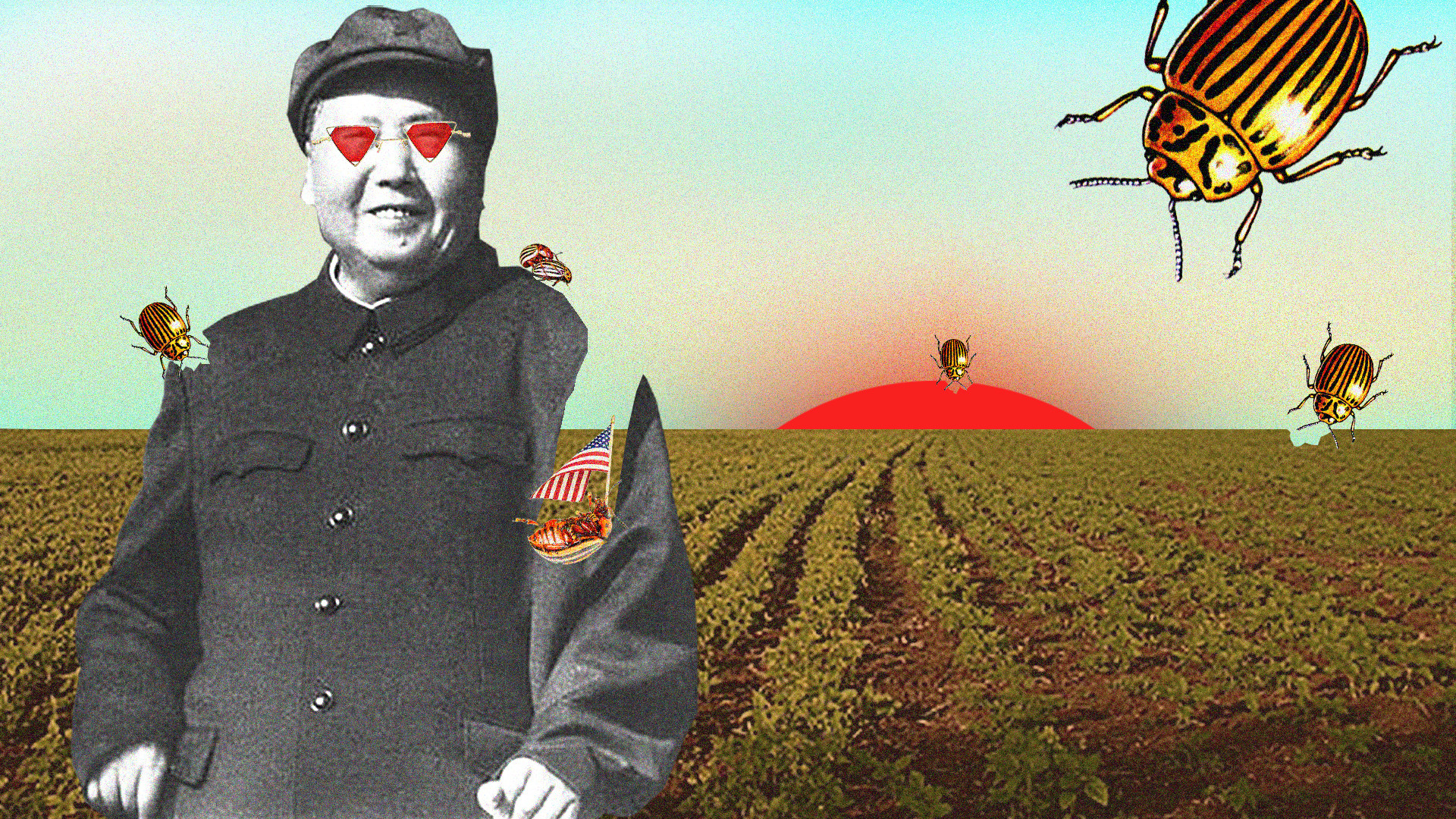 Alexander Kislov
Poisoned chewing gum, Chinese carpets with spooky pictures that appear in the dark, and deadly Colorado beetles - the USSR had many fake horror stories that spoke more about the fears of the Communist Party leadership than it did about the Soviet people.

Soviet propaganda often sought enemies everywhere and saw hidden meanings even where there were none, (as was the case, for example, with the picture of a flame on a matchbox in which some people saw the profile of Leon Trotsky, who was an “enemy of the people”). 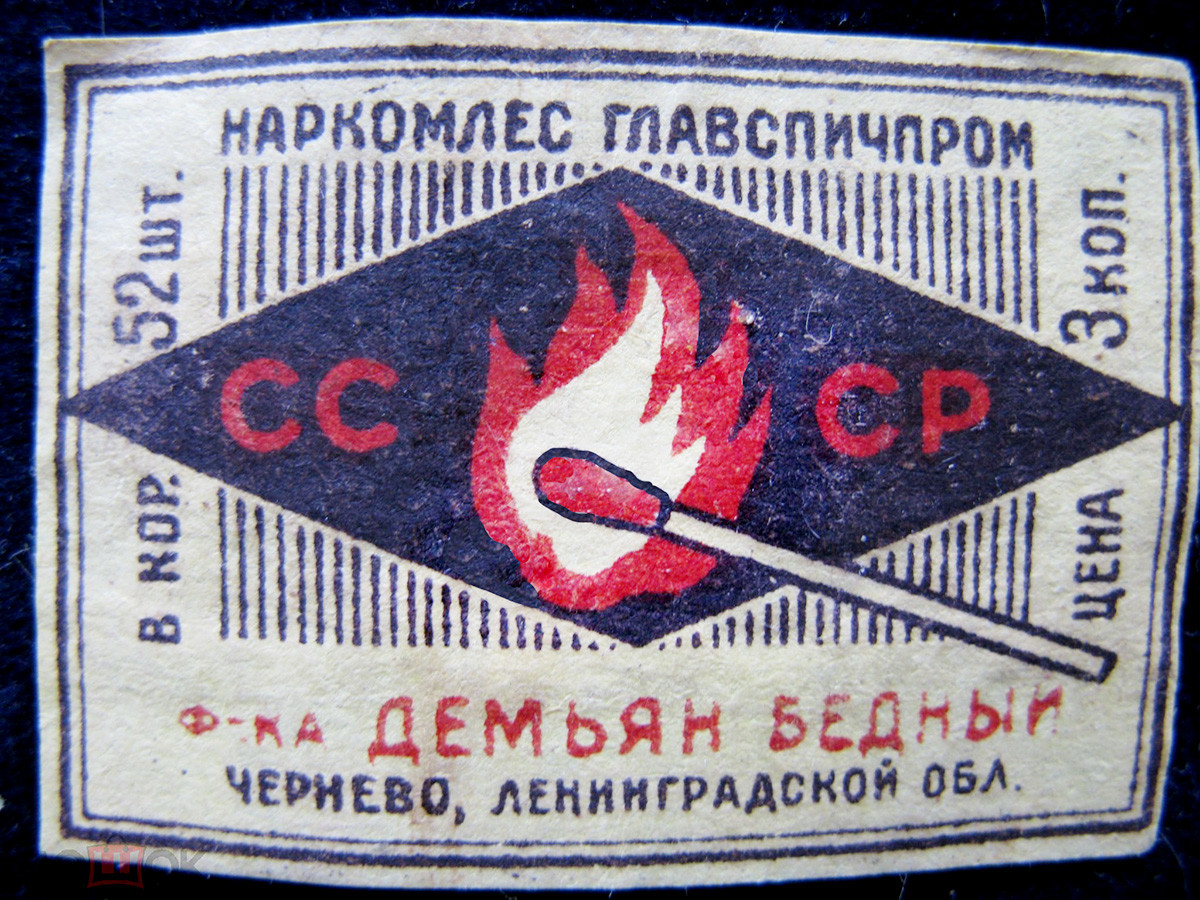 Do you see the profile of Leon Trotsky in the flame?

Numerous fake and scary urban legends often allowed people to ‘explain’ anything they found incomprehensible or unfamiliar, especially if it originated abroad.

“Rumors, urban legends, including scary stories, arise and spread because people need them,” say folklorists and collectors of urban legends, Alexandra Arkhipova and Anna Kirzyuk in their book, Dangerous Soviet Things. Urban Legends and Fears in the USSR (NLO, 2020). The authors note that those legends were useful for escaping the dismal Soviet reality. Here are five of the scariest and most widespread.

1. Mao Zedong rising from the dead

Soon after Stalin’s personality cult was denounced, relations between the USSR and China began to deteriorate. China launched a campaign of anti-Soviet propaganda and eventually armed clashes became frequent on the border between the two countries. Soviet citizens feared a Chinese military invasion, as well as acts of sabotage inside the country by Mao’s supporters. They were brainwashed to believe in a "Chinese threat” looming over them, and such fears found reflection in an urban myth that made the rounds in the late 1960s.

Here’s how it went: A Soviet woman bought a Chinese carpet and hung it on the wall. At night her son, who was sleeping next door, heard a terrible scream and called the police. They found the woman dead and with a horrified expression frozen on her face. A shrewd policeman turned off the light and everyone saw a terrible image glowing on the new carpet in the dark: Mao Zedong lying in a coffin with his hands folded over his chest, as a candle burned green. According to one popular version the bizarre phenomenon was explained this way:  in order to pay tribute to their leader the Chinese embroidered carpets exported to the USSR with Mao’s image in phosphorescent threads so people would die of fright.

2. Americans and their bio-weapons 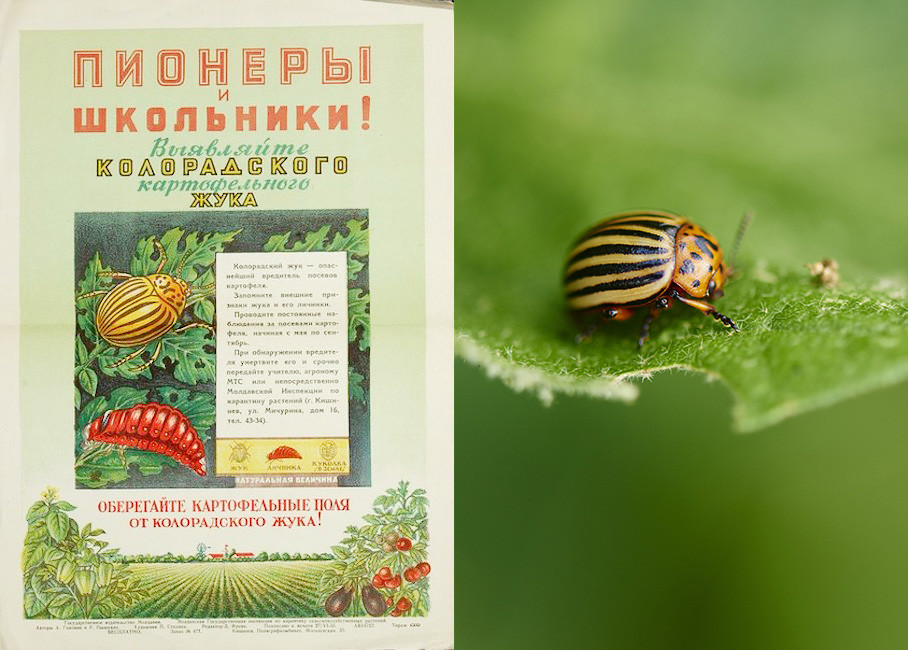 After World War II, Soviet agriculture was threatened by the Colorado beetle, which destroyed potato crops. According to the Soviet Minister of Agriculture, the beetle invasion was due to  American sabotage. This urban myth spread quickly, and was printed in many Soviet newspapers, as well as in those of Eastern Bloc countries. The hungry critters were spotted in a growing number of locations, while thousands of schoolchildren were sent to the fields to gather them by hand and even look for poison ampules in the fields. Incidentally, another version of this myth emerged in the 1970s, alleging that the Americans scattered ticks in ampules along the tracks of the Baikal-Amur Railway, whose construction was almost complete. 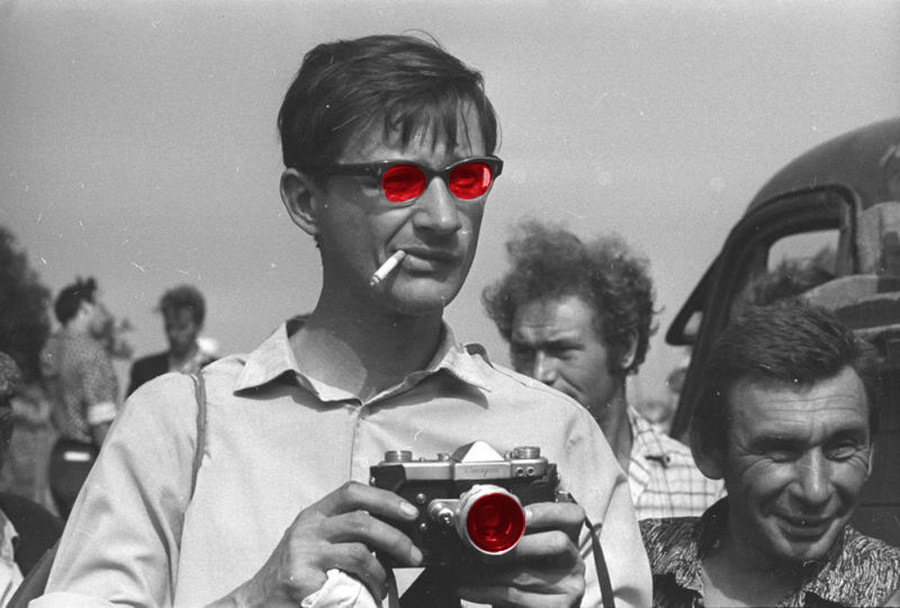 Although James Bond films were not shown in the USSR, rumors of incredible spy gadgets reached the Soviet people. Legends about the wonders of Western technology “capable of everything” were terrifying. Many of these, for some reason, were associated with virtual striptease. For example, there was an urban myth about special Japanese glasses through which one could see people naked.

There were also legends about foreigners who photographed Soviet women in swimsuits on beaches on a special red film. When the film was developed, the swimsuits disappeared and the wicked foreigners printed obscene nude pictures of Soviet women and distributed this “pornography” in their homeland in order to besmirch the dignity of the USSR. 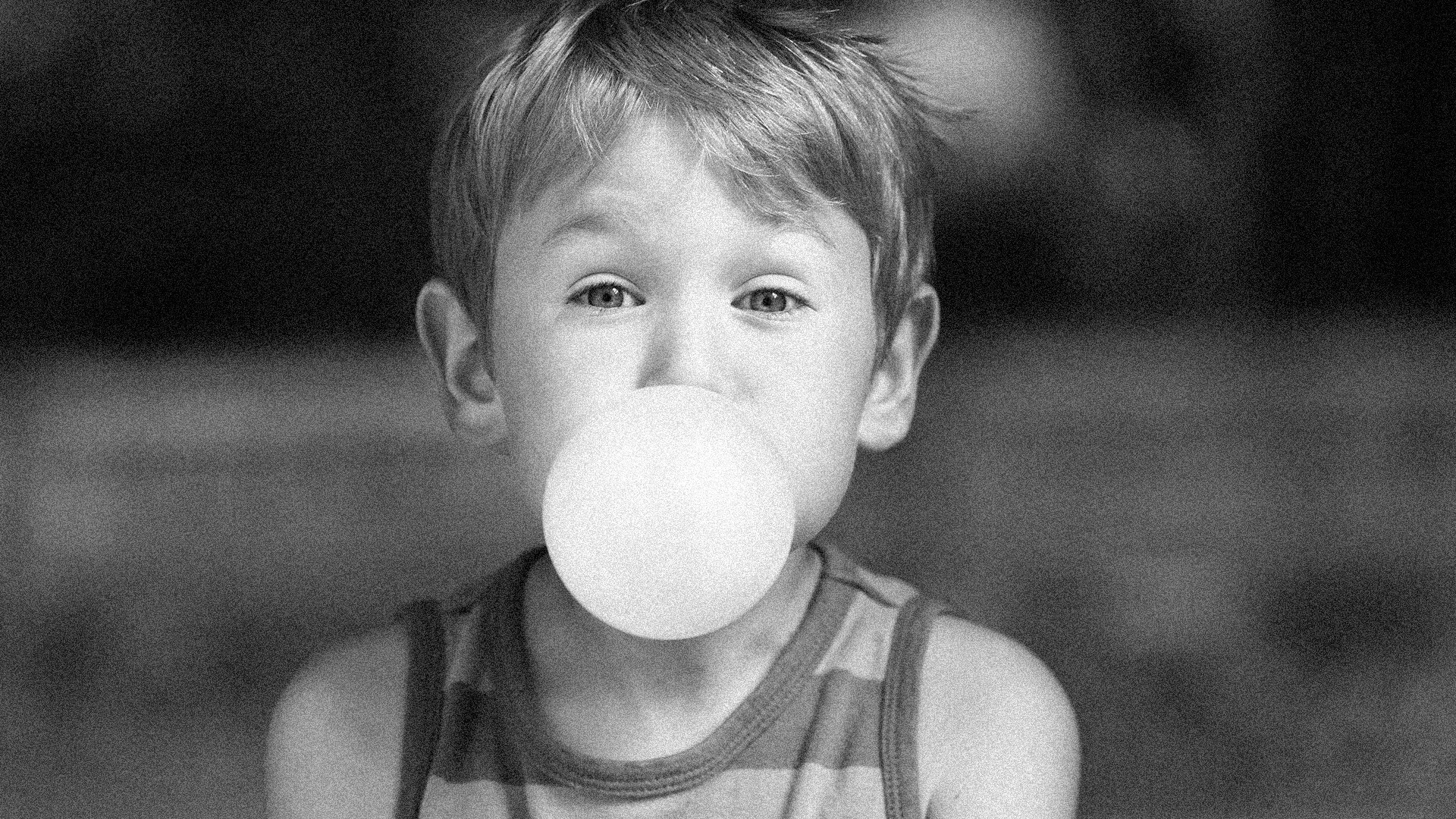 Foreigners were rarely allowed behind the Iron Curtain, so when international youth festivals began to be held in the USSR in the late 1950s, Soviet people were frightened by the “invasion” of guests from abroad. Inevitably, this fear found its reflection in new urban legends, many of which featured “a dangerous gift”. People believed that visiting foreigners gave children poisoned sweets (this legend was born after a Swede presented a child with a bitter licorice candy), fountain pens and toys stuffed with bombs or poison.

One item shrouded in a mystique of particular dread was chewing gum, which all Soviet children dreamed of despite the ‘danger.’ According to urban myths, foreigners allegedly stuffed chewing gum with poisoned micro-needles and crushed glass. Also, there was a popular belief that if you swallowed chewing gum, your mouth would be covered in mold.

In addition, gifts of chewing gum and candies were perceived as an act of superiority by sly capitalists. There was a rumor that foreigners took pictures of how they gave goodies to Soviet children, and then, showing those pictures back home, said that Soviet children were begging in the streets. 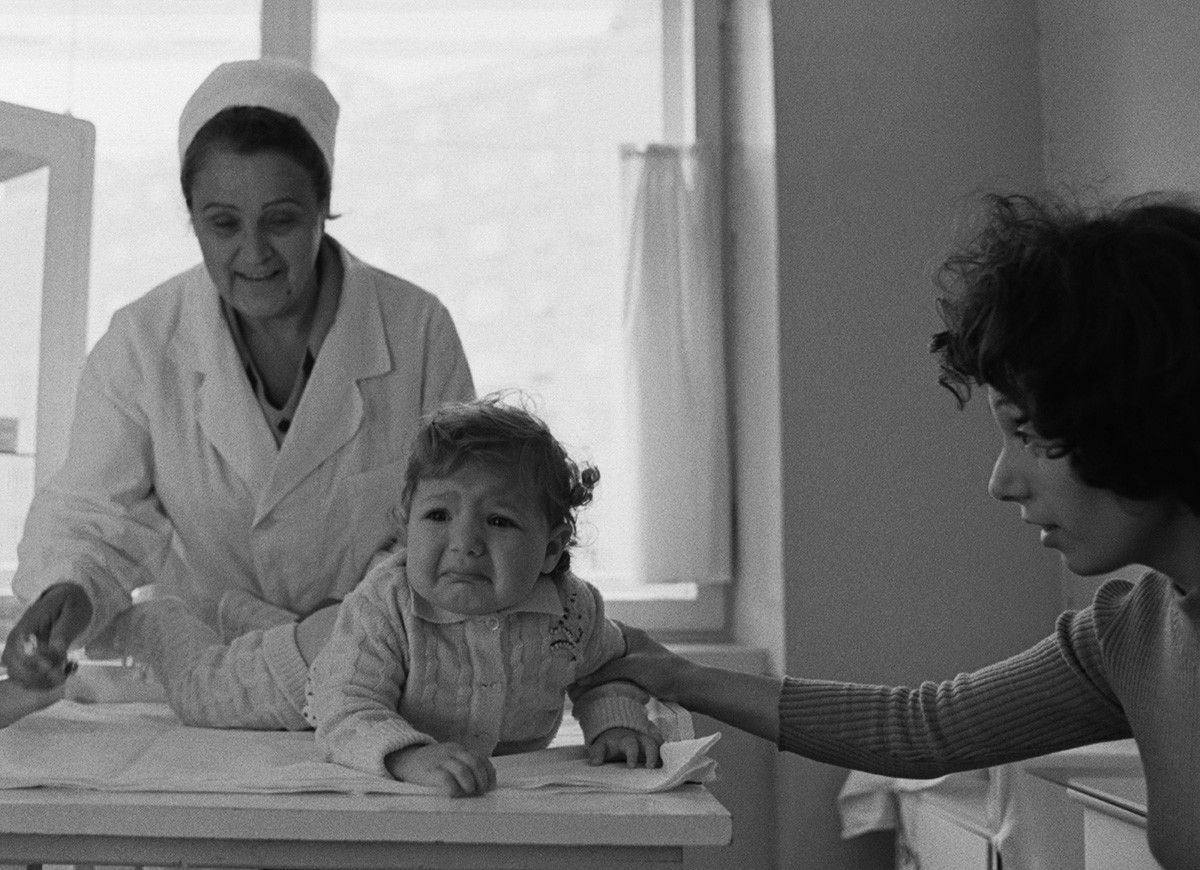 In the early 1950s, a criminal case was launched in the USSR against doctors who allegedly planned to poison Joseph Stalin and the party elite. The famous “Doctors’ Plot” was accompanied by rumors of a Jewish conspiracy and frightened many people in the Soviet Union.

It gave rise to despicable legends: One said that devious Jewish doctors were arrested, and when they were caught they insisted that thousands of others were continuing their cause. Others claimed that through vaccination at schools, doctors gave children cancer and tuberculosis, or that doctors distributed pills stuffed with pieces of lead or wire.