What Hitler’s occultists were secretly searching for in the USSR 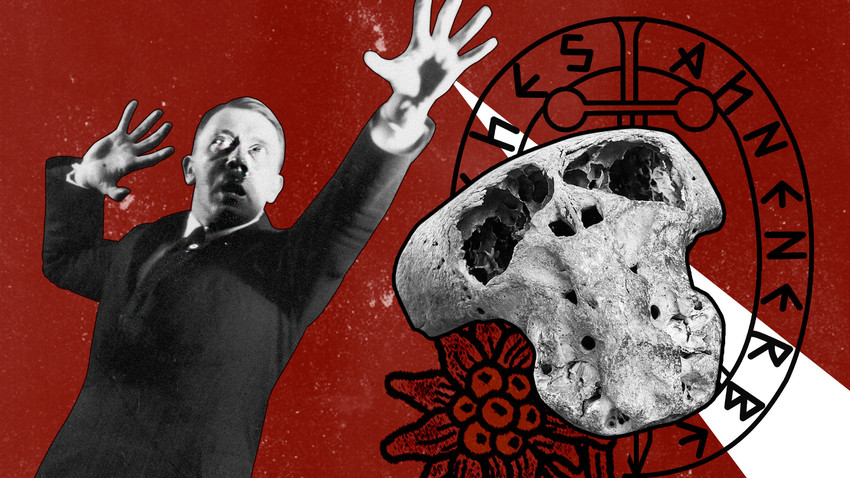 Russia Beyond, Getty Images
In Nazi Germany, notions of Aryanism, or racial superiority, underwent several metamorphoses. For a while, the USSR became the place where the Nazis tried to find what they believed to be the most convincing evidence of their own exceptionalism.

“We have nothing in common with people who understand nationalism only as a collection of legends and myths. [...] Now [these people] are starting to conduct research on the basis of the mythical culture of the Atlanteans!” Adolf Hitler said in 1936, a year after the creation of the Ahnenerbe (translated as “Ancestral Heritage”). It was practically a whole German “research institute” studying occult practices and legends. How could such an organization legitimately exist under the Fuehrer?

Relations between Hitler and occultists of various kinds were complex and underwent numerous transformations. Prior to 1920, he and his comrades from the future National Socialist Party had shared a genuine interest in the mystical aspects of the origin of the Germans. They used to turn up at different societies (such as the Thule Society) that studied paganism and the ancient Germanic cults. To give one example, Alfred Rosenberg, who in 1934, despite outrage from the Church, was charged by Hitler with overseeing intellectual and ideological education in the party, was a neopagan. Nevertheless, Hitler’s interest in occultists subsequently waned. And it all ended with his open attacks on them in his book, Mein Kampf. 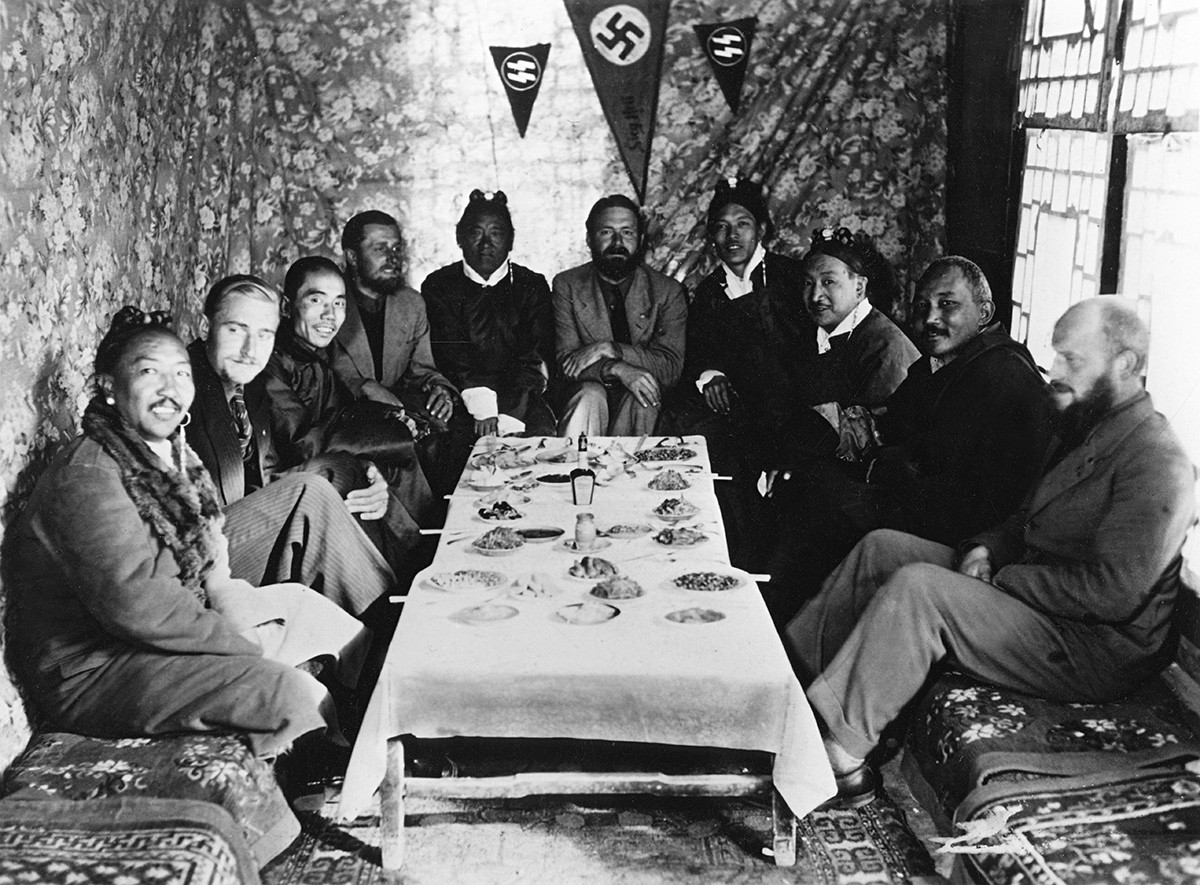 But despite all this, the Ahnenerbe survived until 1945. There were many in the German elite who still enthusiastically supported its ideas. Very soon after its creation, the Ahnenerbe officially became part of the SS. The organization’s more than 300 researchers continued their quest for the heritage and traditions of the so-called “German race”. It is true that in reality they were often searching for very bizarre objects around the world, such as the sword of King Arthur or the Holy Grail. The occultists regarded all such things as the “treasures of the Aryans”. And they believed that some of them were in the Caucasus in the Soviet Union.

Entrance to the abode of the Atlanteans

According to some Nazi theories, Tibet may have been the cradle of the Aryan race. In 1938, members of the Ahnenerbe led by zoologist Ernst Schaefer, who was from Hitler’s close circle, set off on an expedition to the Himalayas where, aside from carrying out scientific work, they searched for traces of the “Aryan” proto-religion and the Atlanteans - considered ancestors of the “Aryans”.

It was believed that the Atlanteans still existed and were hiding deep in the caves of Tibet. Obviously, the explorers did not receive any information about an entrance to such caves from the local lamas, but that was not the end of their quest. A theory was hatched that there was a “back entrance” to the Tibetan caves and that it was to be found via the Caucasus.

“The Ahnenerbe’s operations in the Caucasus are a well known fact,” says Igor Vasilyev, a candidate of Historical Sciences. “It is probable that the Caucasus could have been seen by the German occultists as, let us say, a more accessible version of Tibet, and they also went looking for various ‘marvels’ there.” 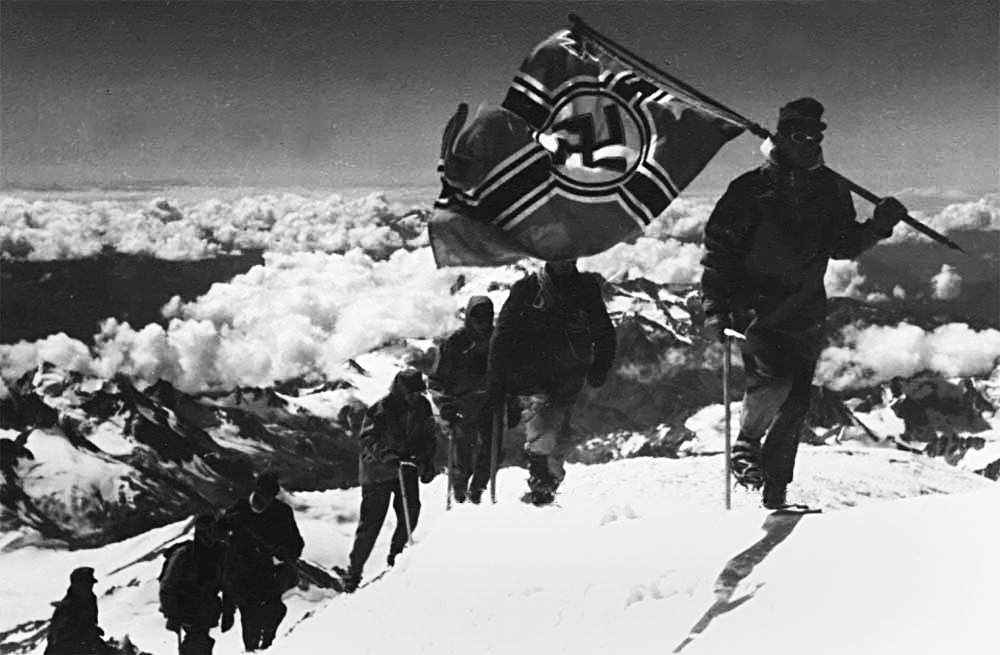 In August 1942, an elite Wehrmacht mountain division, with members of the Ahnenerbe, conquered the summit of Mount Elbrus in Kabardino-Balkaria and hoisted the Nazi flag. The operation was codenamed ‘Operation Edelweiss’ and, according to experts, it cannot have been  warranted by any military objectives: The Nazis merely needed to penetrate into the Transcaucasus to gain control of the Black Sea ports and Baku oil, and had no need to climb summits. 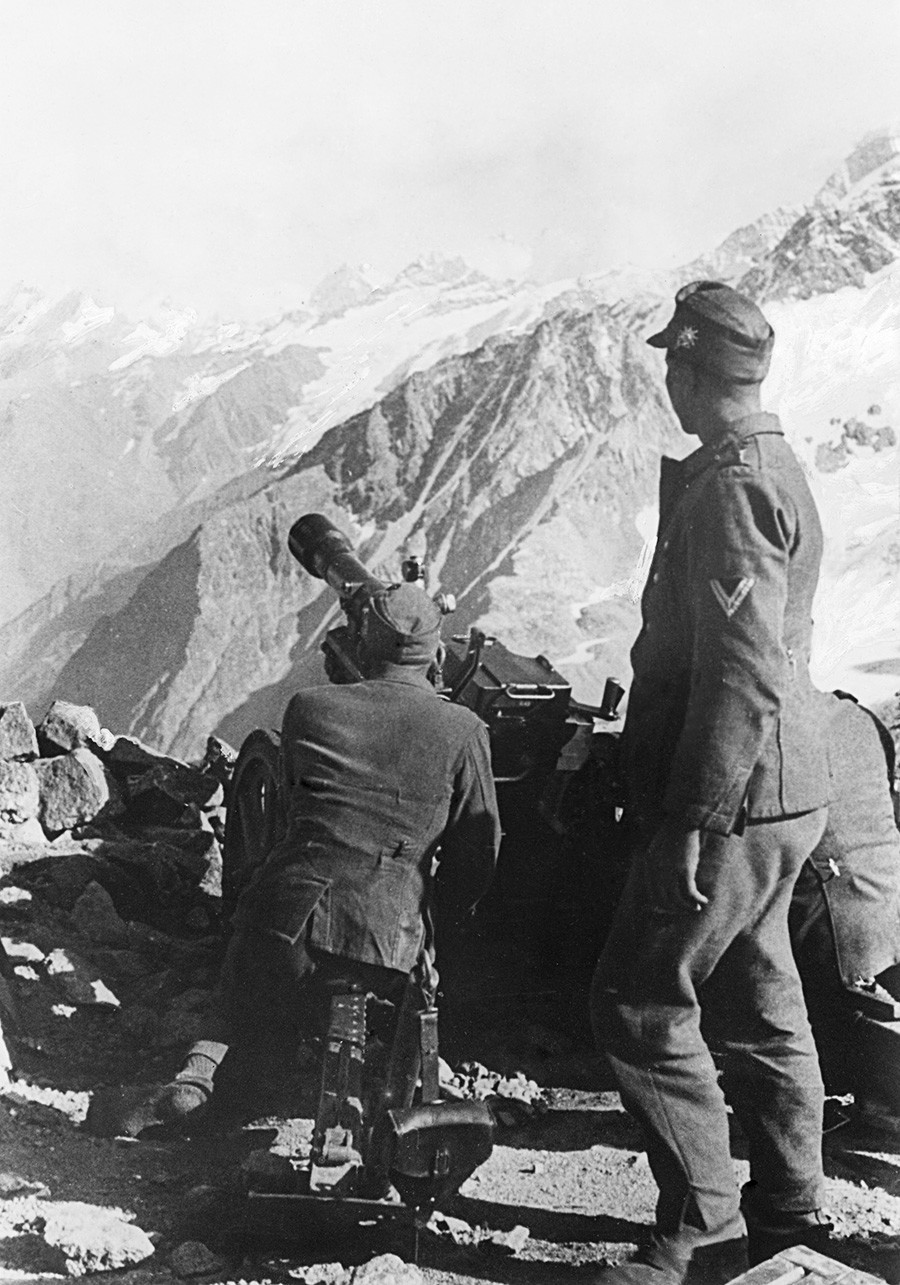 Furthermore, according to the memoirs of Albert Speer, German Reich Minister of Armaments and War Production, Hitler was furious: “Days later, he went on railing to all and sundry about ‘these crazy mountain climbers’ who ‘belong before a court-martial’. There they were pursuing their idiotic hobbies in the midst of a war... occupying an idiotic peak, even though he had commanded that all efforts must be concentrated on Sukhumi.” (Albert Speer, Inside the Third Reich, tr. Richard and Clara Winston. NewYork: Simon & Schuster, 1970, p. 239.)

The summit had nevertheless been taken, and a base was established not far from there. In 2015, in the vicinity of Elbrus, a company of troops of the Edelweiss division was discovered buried by an avalanche. Not far from these parts, in a 78-meter cave in the Khara-Khora mountain range, was a small brown carrying case with the Ahnenerbe insignia. It contained a skull and some bones, which have proven to be extremely difficult to identify.

“The team sent out by the Ahnenerbe and led by Herbert Jankuhn [an archeologist and professor well known in Germany in that period] did indeed operate in this area,” affirms Konstantin Zalessky, a historian of the Third Reich. “It was first in the Crimea, and then reached the Caucasus. There is documentary evidence of this - it was protected by SS military units. The team was exclusively engaged in the hunt for and looting of archeological artifacts.” 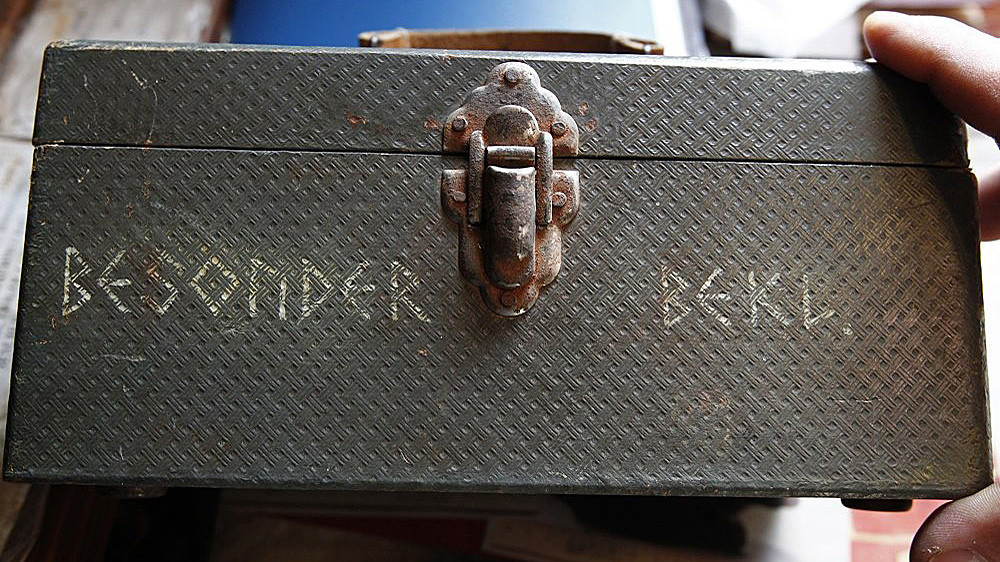 Сase with the Ahnenerbe insignia.

It is probable that the skull was one of the artifacts earmarked for shipping to Germany, according to Zalessky. Its appearance suggests that the creature had unusually large eyes, nostrils and two horn-like protuberances, but no opening for the mouth. 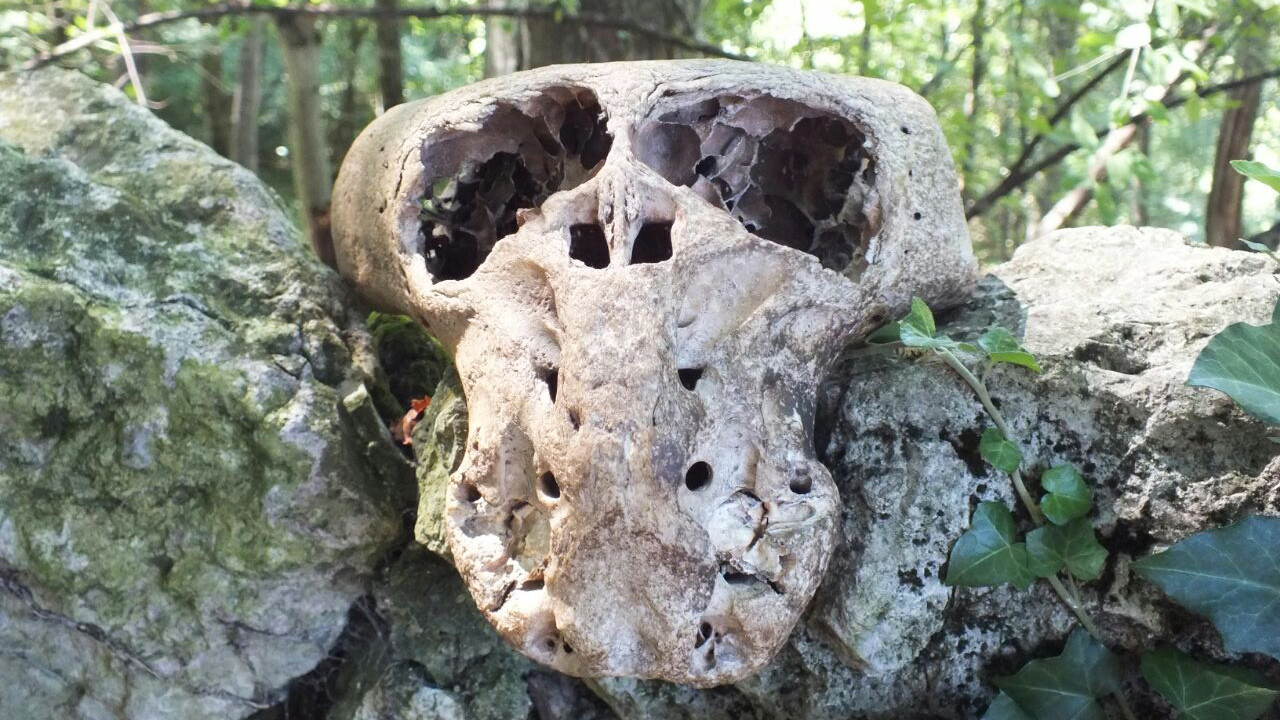 Nikolay Ovodov, paleontologist and senior research fellow at the Institute of Archeology and Ethnography of the Siberian Branch of the Russian Academy of Sciences, says the Nazis could have regarded the skull as something mystical. But it could just be a sheep’s skull. “It is probably a skull that spent some time in running water with sand and pebbles and changed shape over a period of years,” he opines.

Dolmens - structures made of stone slabs with a round opening in the side - are scattered around the south of Russia (they have also been found in France, Spain, Korea, China and North Africa), and they too attracted the attention of the Ahnenerbe. The Nazis believed that these mysterious dolmens were connected to the Atlanteans and had been erected in anomalous places. “It seems that the Germans were looking for confirmation that these man-made objects were the work of the ancient Aryans or Goths, for instance, who settled in these parts,” Igor Vasilyev believes. The reason why were built remains a contentious issue to this day. 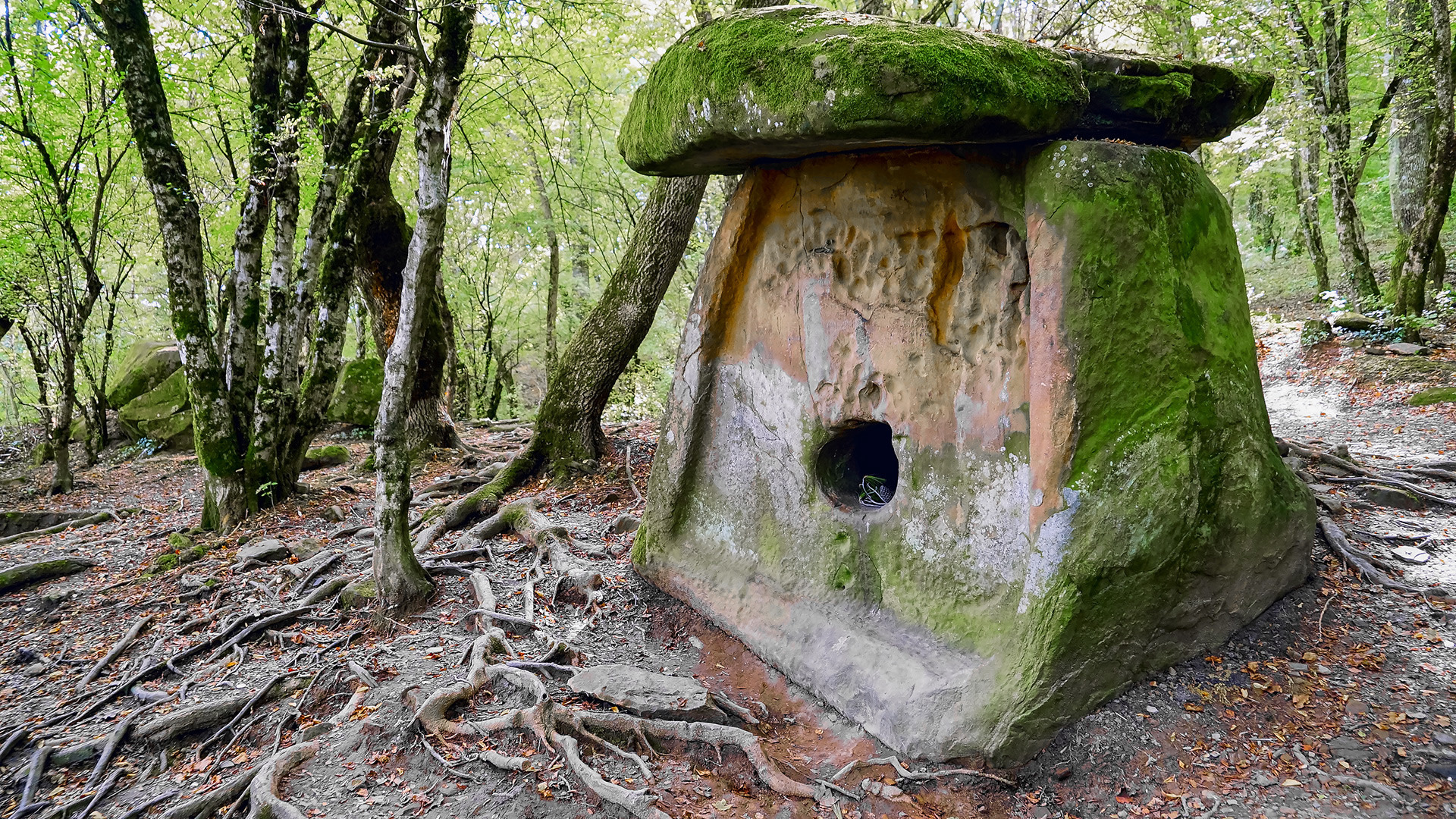 In academic circles there is a widespread belief that dolmens, like all megaliths (structures made of heavy stone slabs) were built in locations with geological anomalies of the earth’s crust, or fault lines, during the Bronze Age. Several hundred were built at a time as burial structures (something akin to family vaults). A single dolmen could house several dozen sets of human remains.

The Ahnenerbe began the hunt for this particular “trove” before World War II. According to Rossiyskaya Gazeta, hydrologists from the secret organization decided that water from a cave under Lake Ritsa (Abkhazia) was ideally suitable for the manufacture of human blood plasma. This is alleged to be why German mountain road experts offered their help to the USSR in the construction of the Pitsunda-Ritsa road. The road was a strategic one. 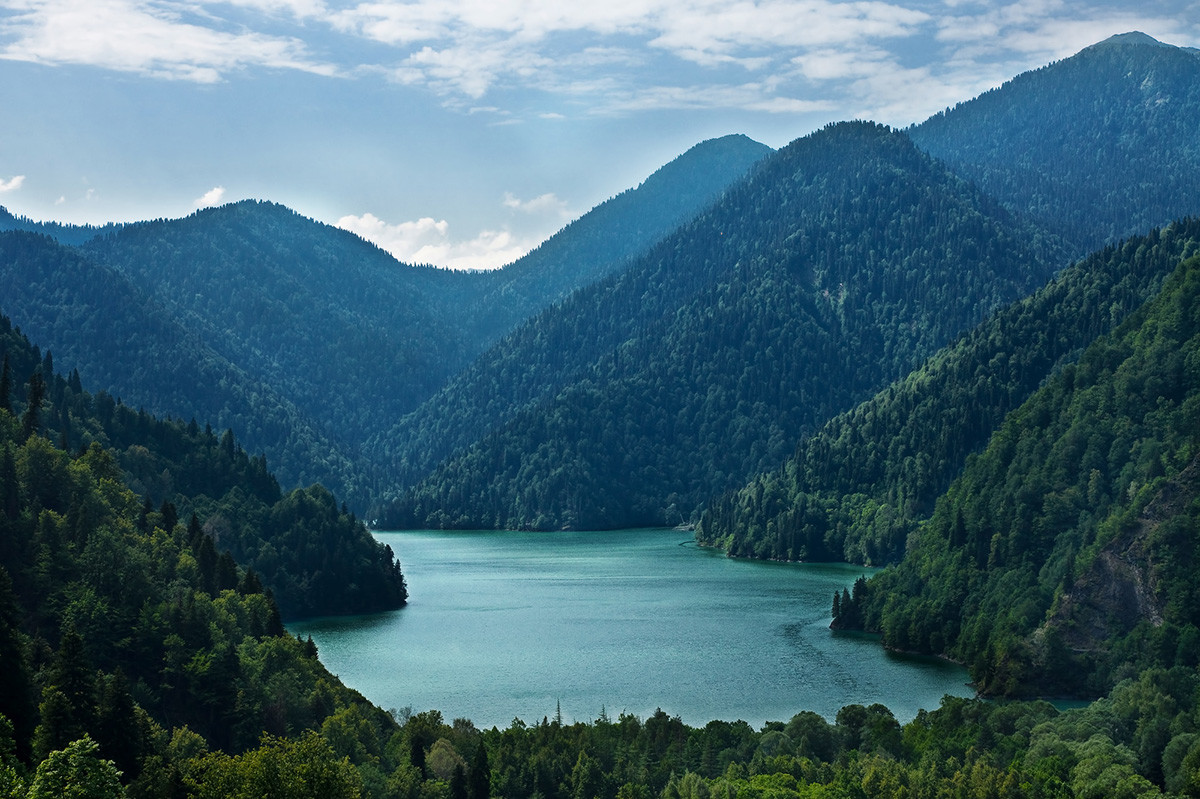 “Silver canisters of the ‘living water’ from Abkhazia were first transported to the sea, and then on submarines to a base in Constanta, from which they were flown to Germany. There were even plans to build a submarine tunnel from the sea to Ritsa,” according to Ivan Bormotov, a local history expert and senior lecturer at Maykop State Technological University. But the plans were disrupted by the war.