What do Russia’s popular tourist destinations actually look like (PHOTO) 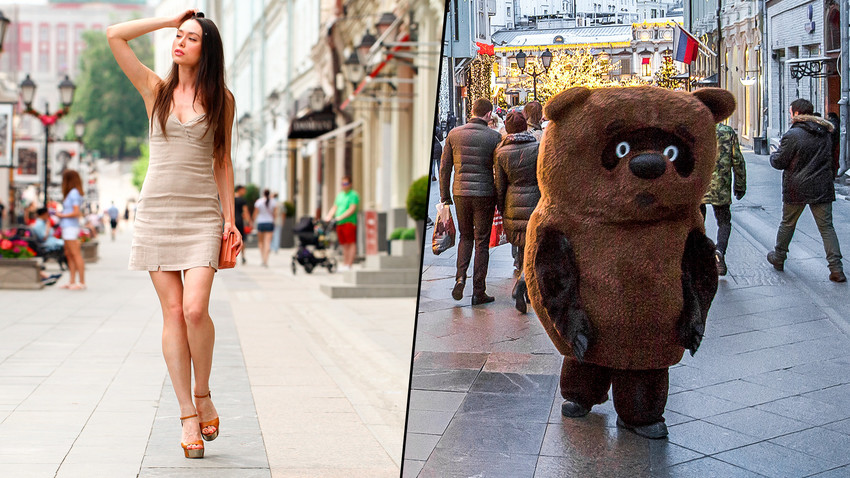 Legion media; Marina Lystseva/TASS
Instagram vs reality: we shine an honest light on the top tourist places in Russia, and show what they'll really look like when you arrive.

Probably the most famous tourist spot anywhere in the former Soviet Union. It is still the calling card of Moscow and the whole of Russia. The kaleidoscopic domes of St Basil’s Cathedral sure are beautiful, aren’t they? But to squeeze them all into the frame, it’s best to sit or even lie on the paving stones.

Useful tip? Keep an eye on the ground so as not to trip over anyone. 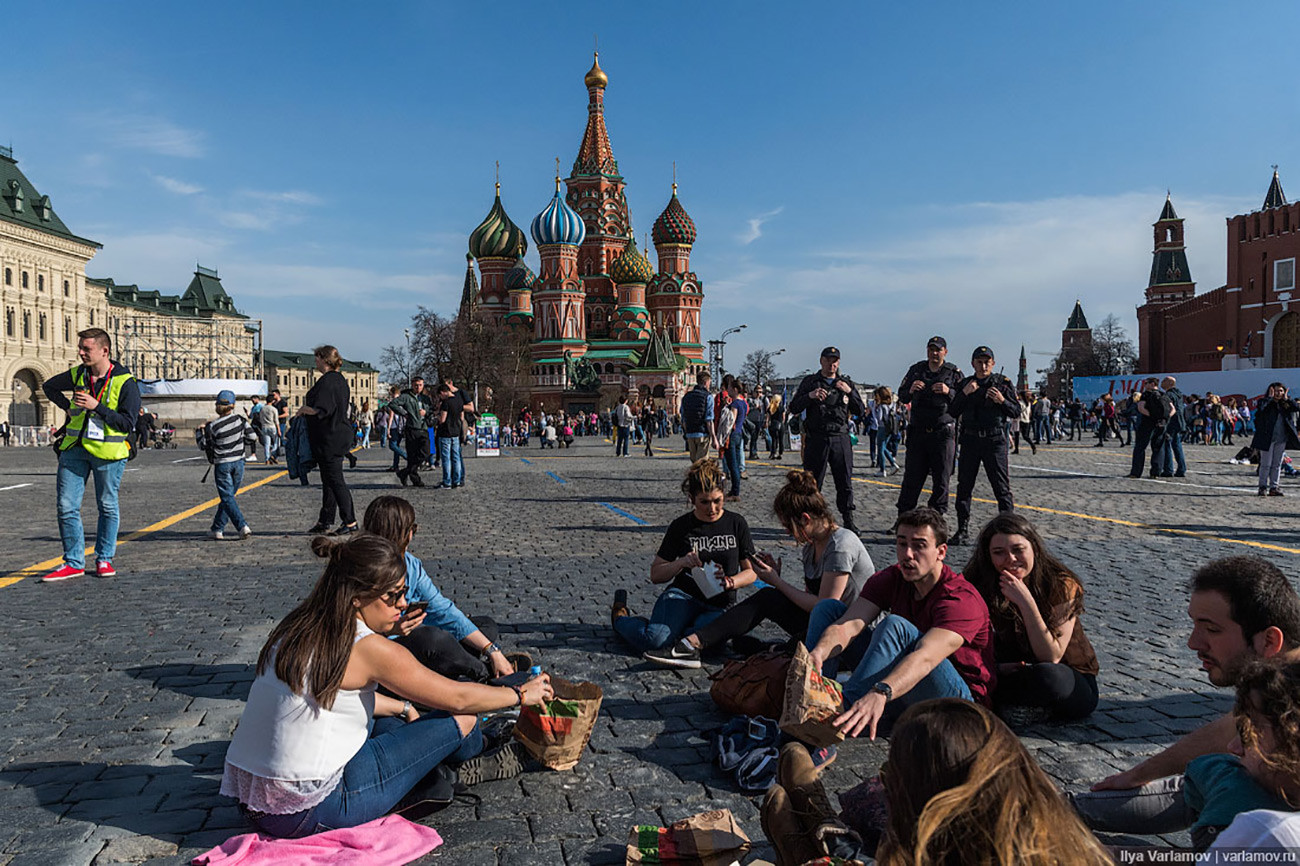 The floating bridge in the new park by the Kremlin walls is its most popular attraction. It offers a beautiful panorama that encompasses a Stalinist skyscraper, St Basil's Cathedral, and the Moskva River.

One problem: everyone wants such a photo. 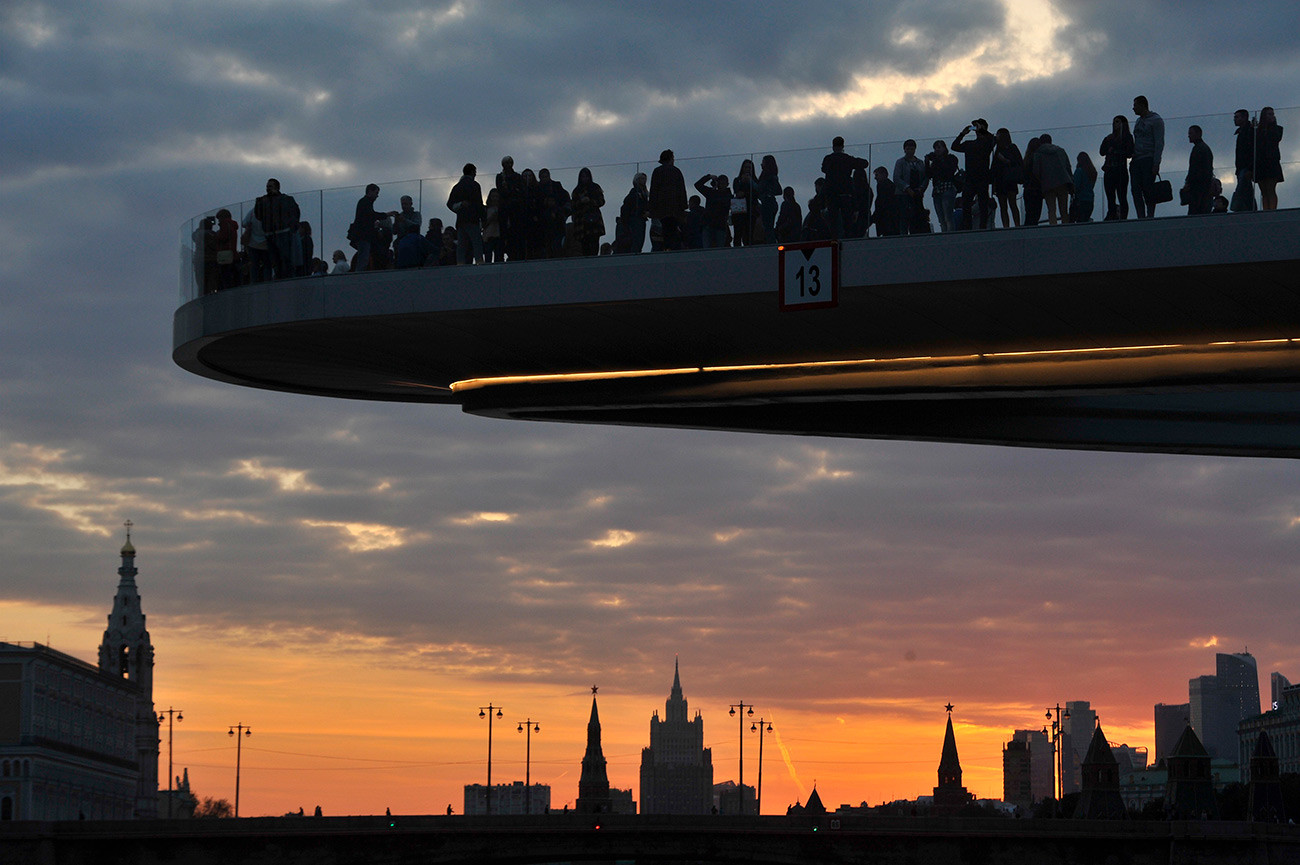 When it comes to WWII memorials, this place at Volgograd is hard to beat. At its heart stands one of the largest monuments in Russia — the gigantic Motherland Calls statue (85 meters, 8,000 tons).

Every year, thousands come to take a closer look. 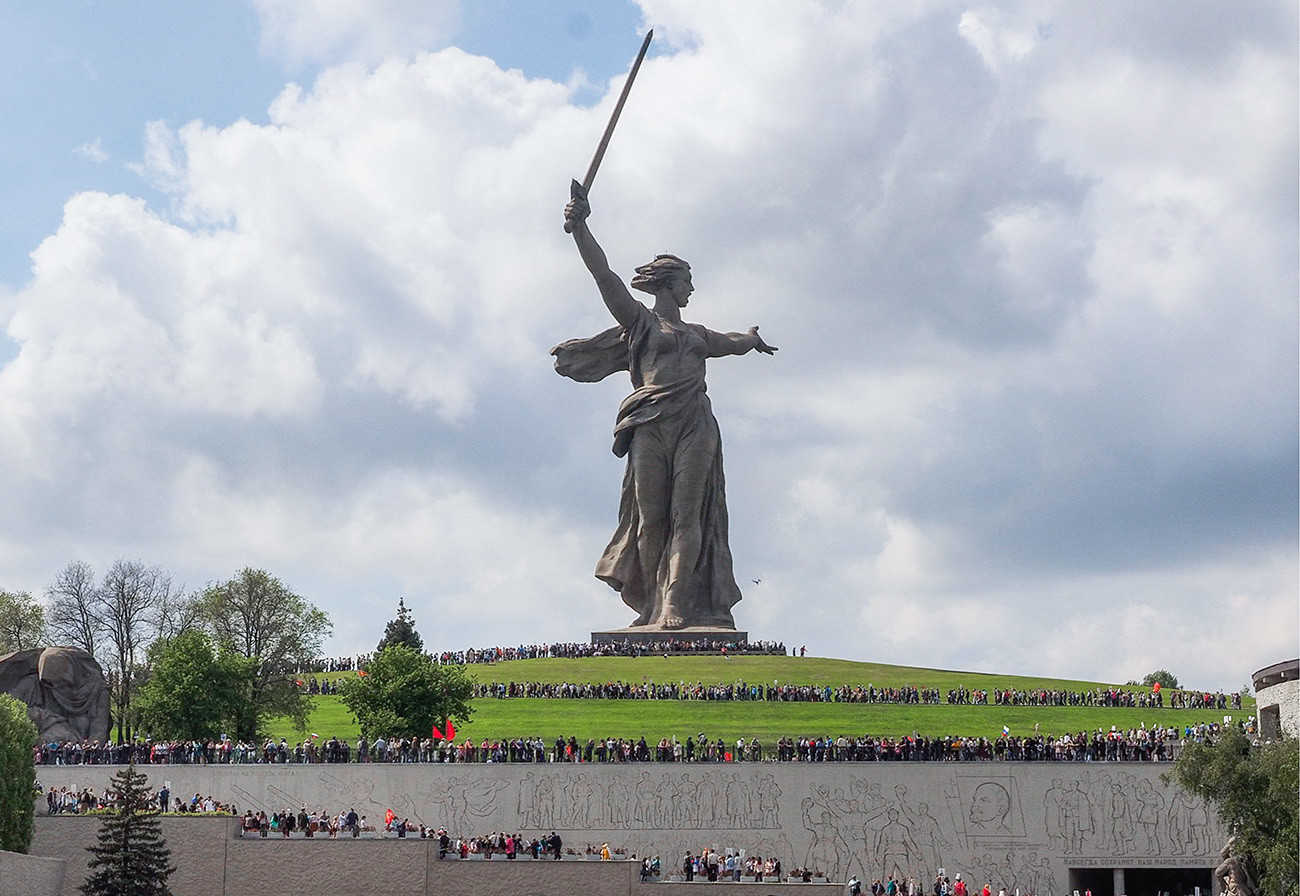 This old Moscow street once teemed with artists and creatives, Anton Chekhov himself dined in its restaurants, and the aristocracy rubbed shoulders with young bohemiams. Old Arbat is more than 520 years old. 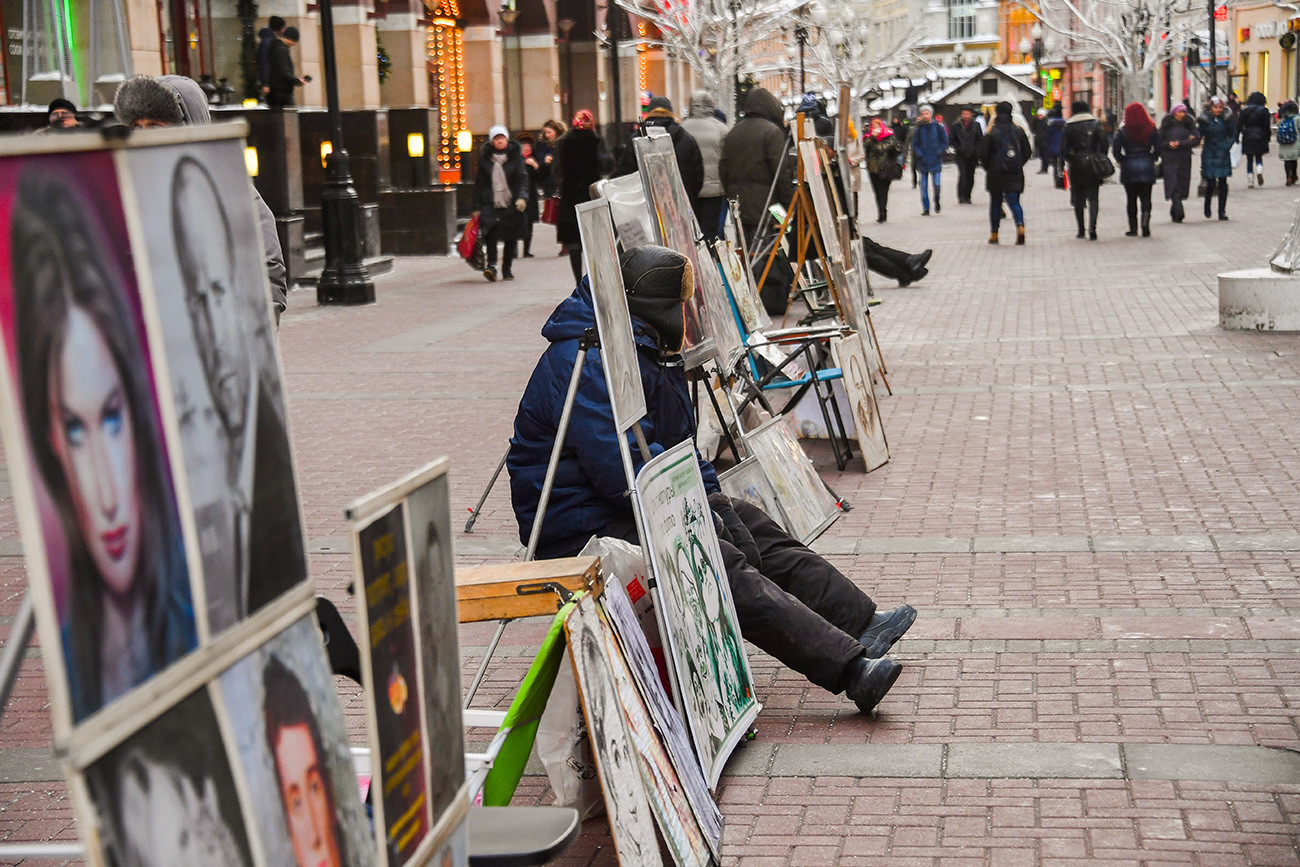 This fairy-tale castle atop a Crimean cliff is one of the most romantic places in Russia. It was built in the early 20th century by German businessman Baron von Steingel, who loved to vacation in Crimea. 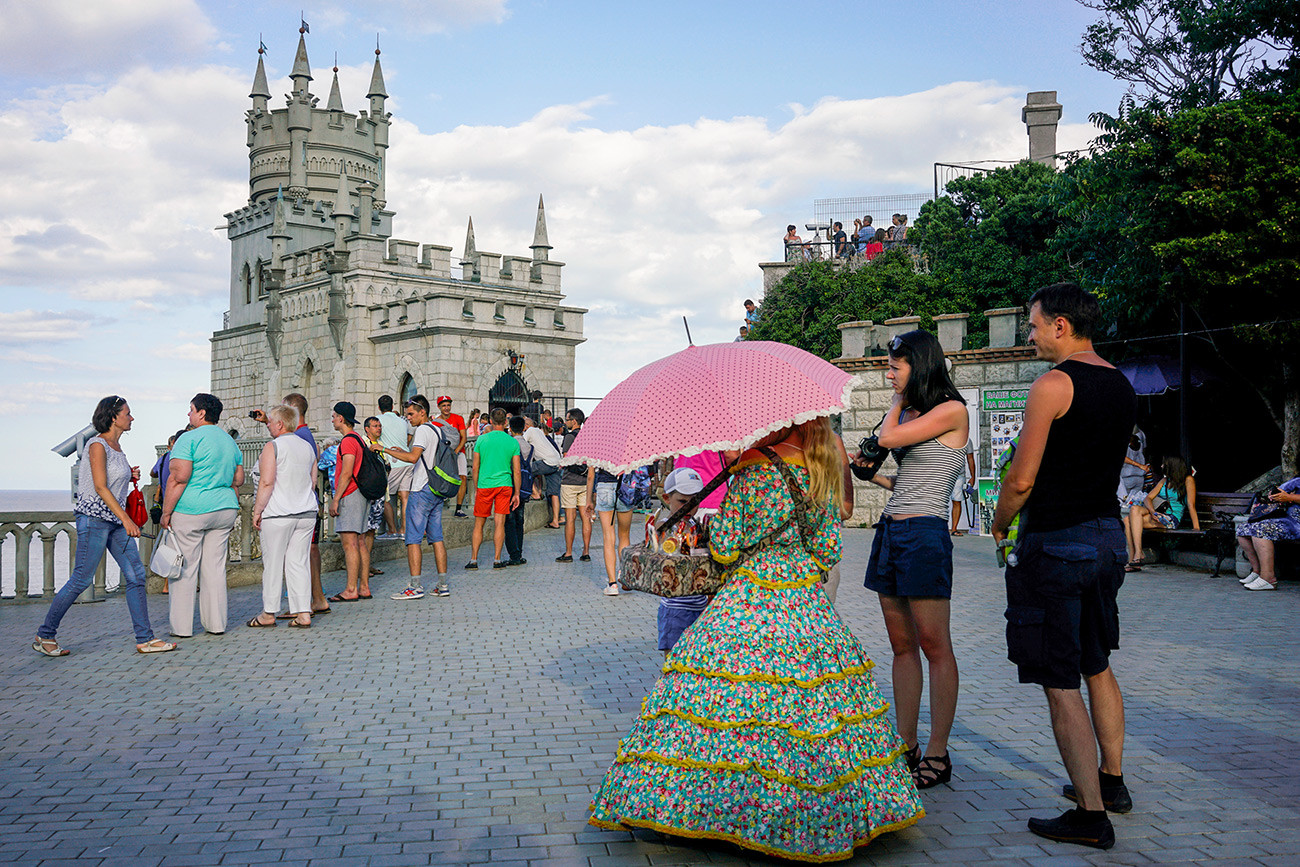 These giant dunes in Siberia are perhaps one of the strangest deserts in the world. Fifty square kilometers of sand lie right in the middle of mountains, swamps, taiga forest, and rivers. A photo can create the illusion of being somewhere in the UAE, for example, but we think the reality is even more beguiling. 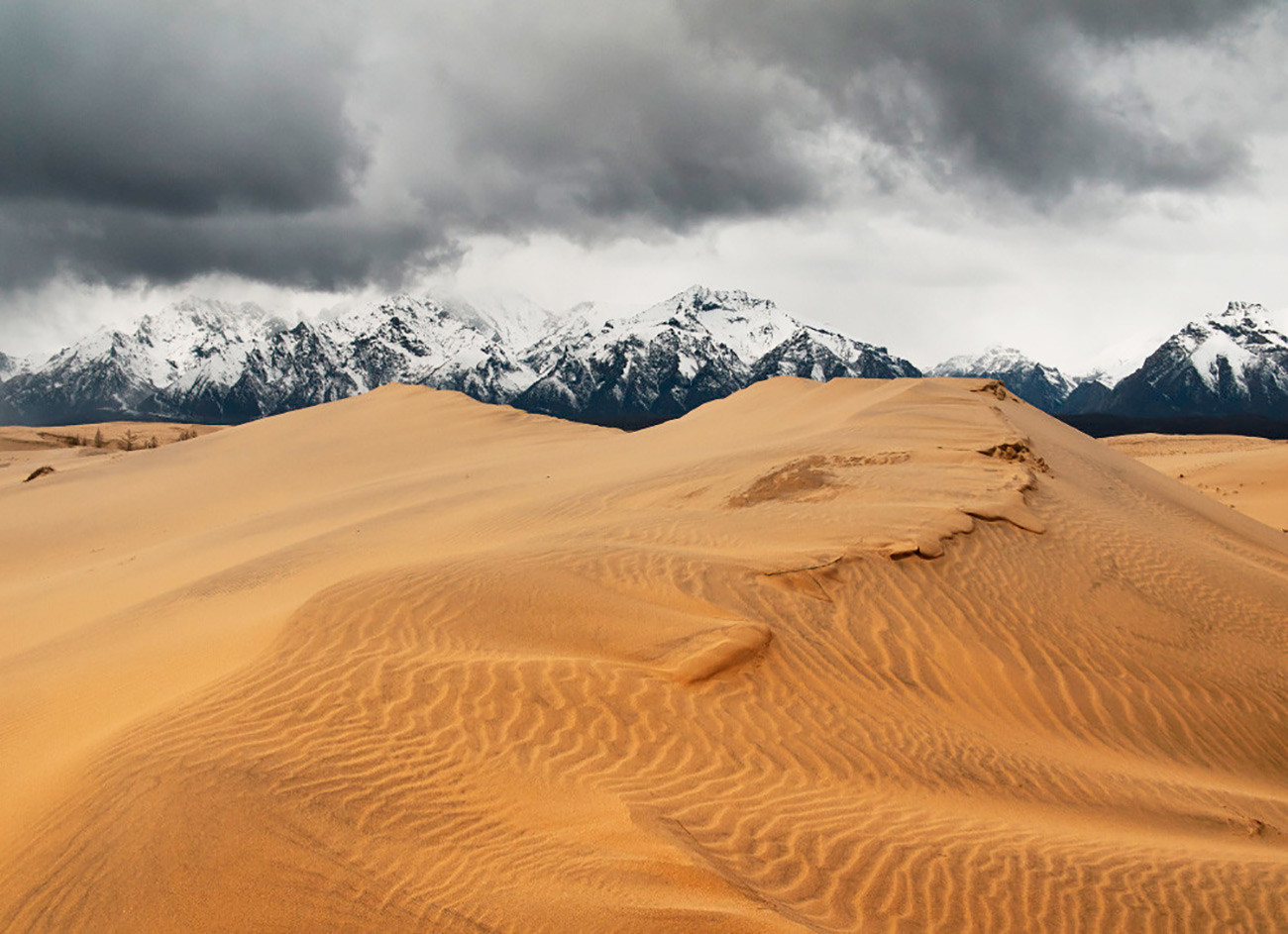 The “Russian Versailles” — 40 km from St Petersburg, full of gilded fountains, gardens, and palaces — is the former summer residence of the Russian tsars. True, in summer there are more people than blades of grass. 99.9% of the time it looks like this: 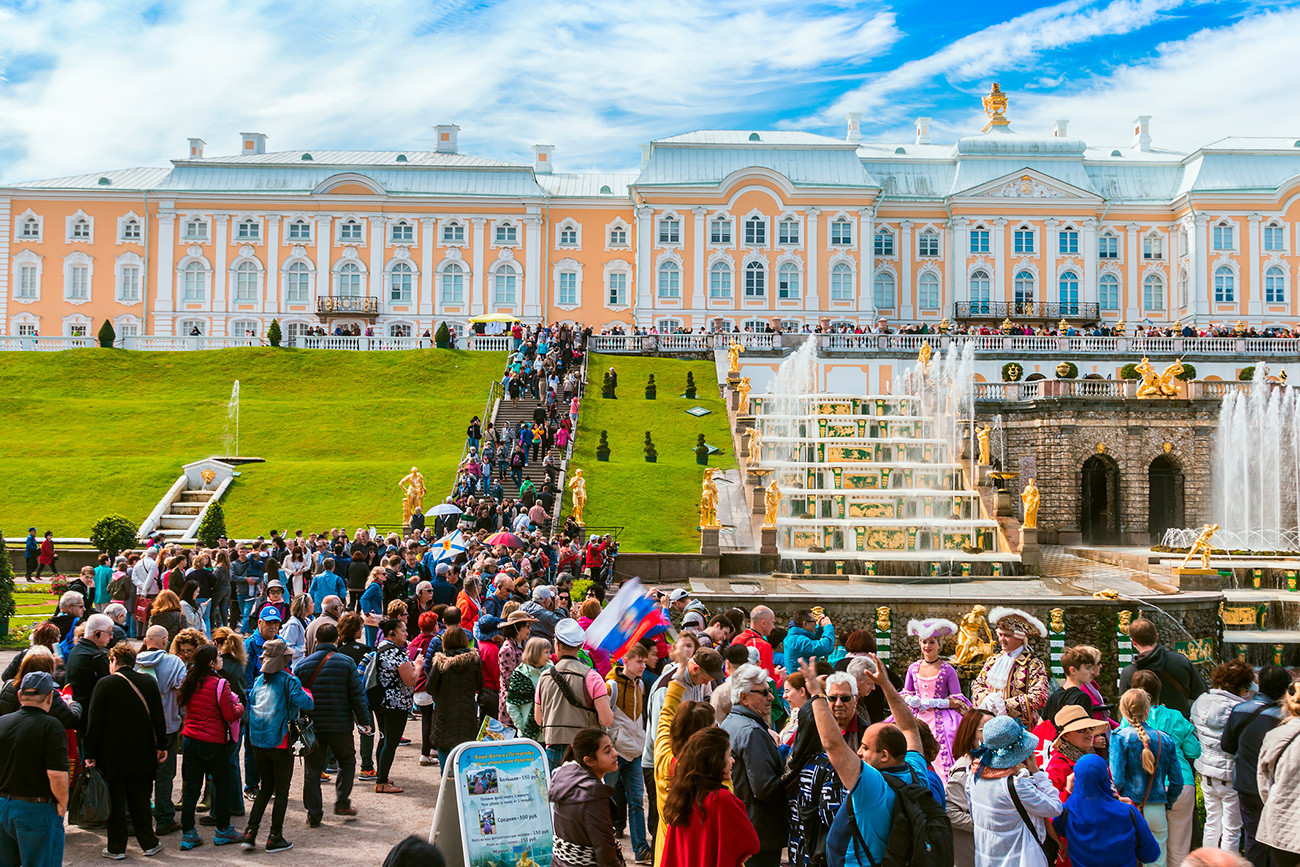 The Tretyakov Gallery, which hosts many of Russia's most eagerly anticipated exhibitions, is a place of pilgrimage for art lovers all over the country and beyond. For the really big events, the waits can be looooong... This was the line for 2016’s Ivan Aivazovsky exhibition. 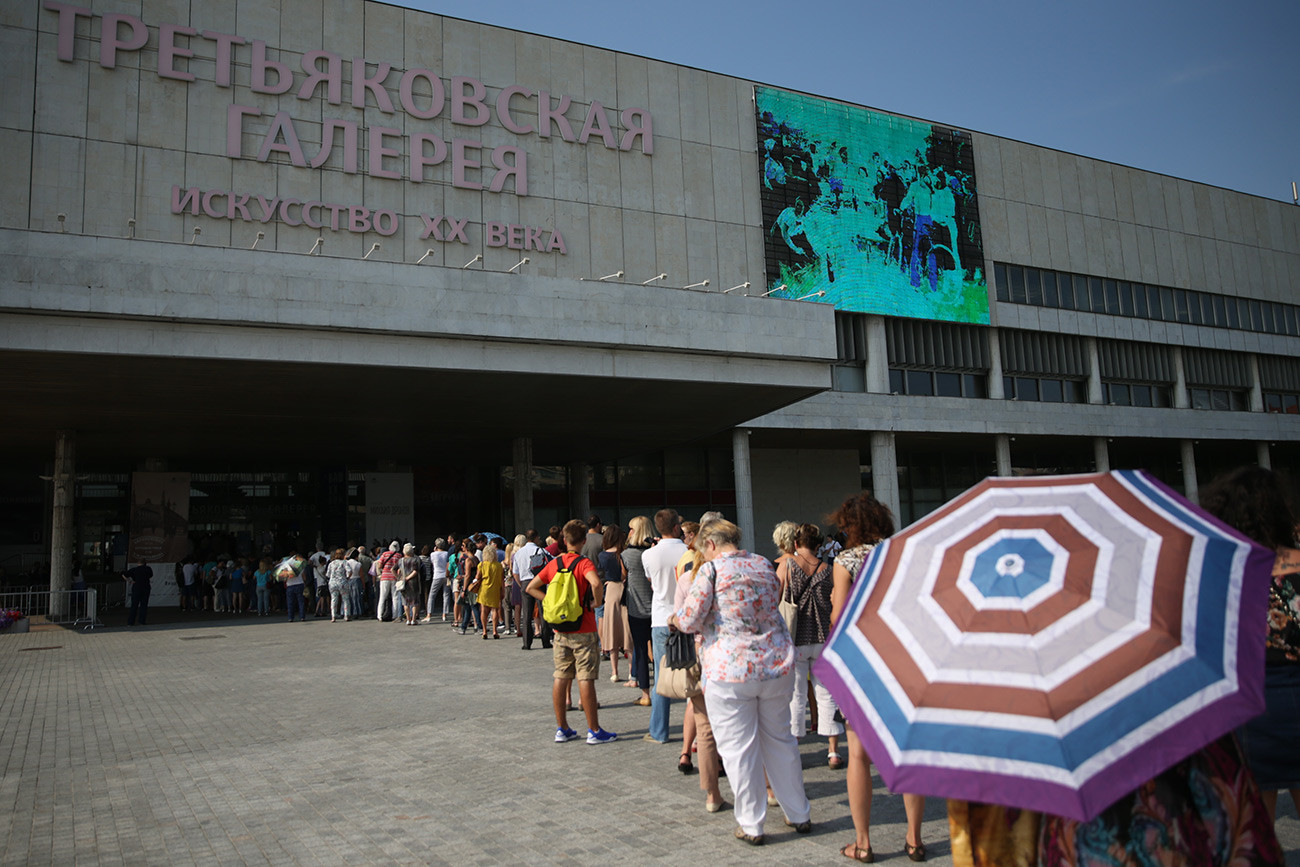 There aren’t that many skyscrapers in Moscow, and almost all of them are concentrated in one place. This can create a deceptive sense of distance in photos. In fact, Moscow-City’s skyscrapers are very compact. This is particularly noticeable in contrast with the surroundings. 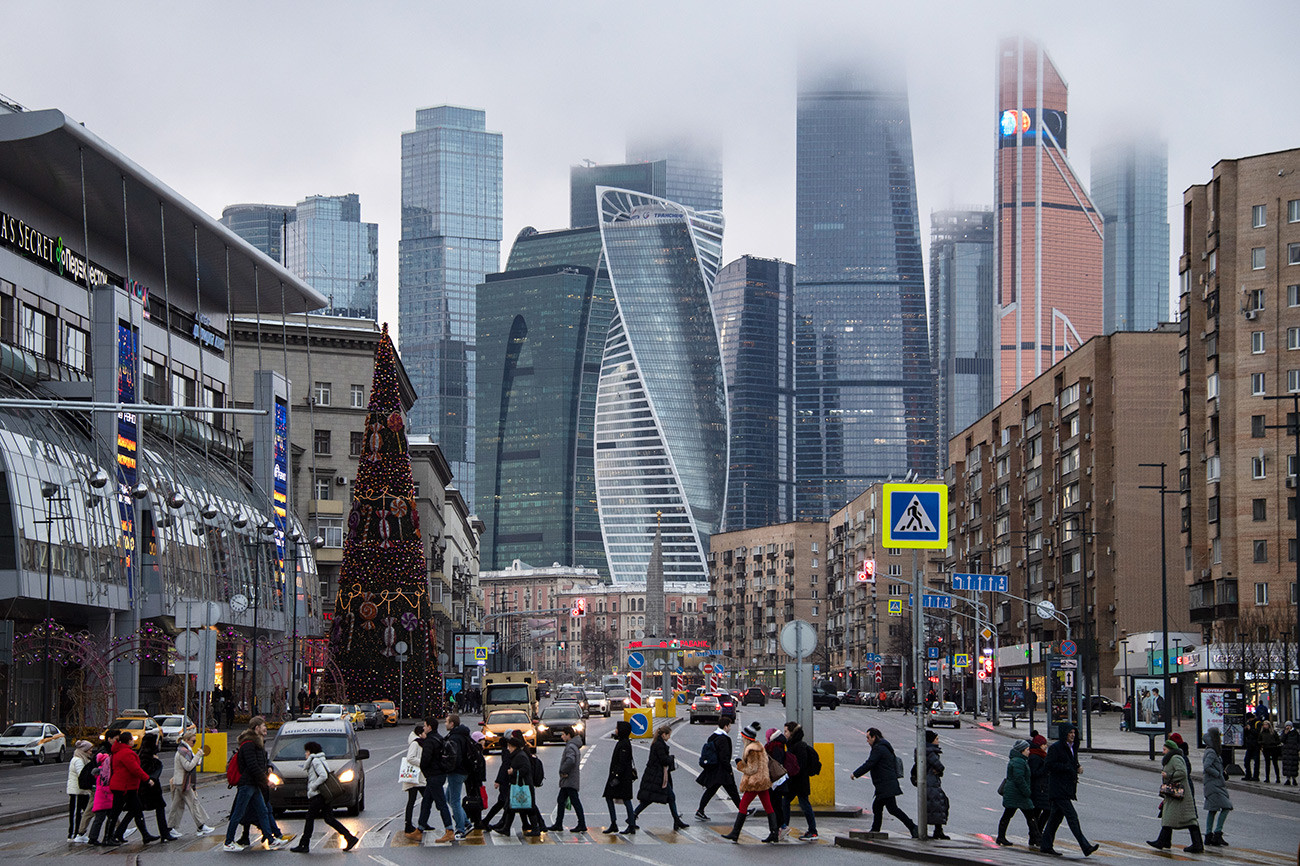 This salt lake in southern Siberia is the source of 80% of Russia’s salt. No living things live or grow here, since the salt concentration is 300 grams per liter of water. But there are lots of tourists. Besides the unusual landscape, they are attracted by the local medicinal clay. 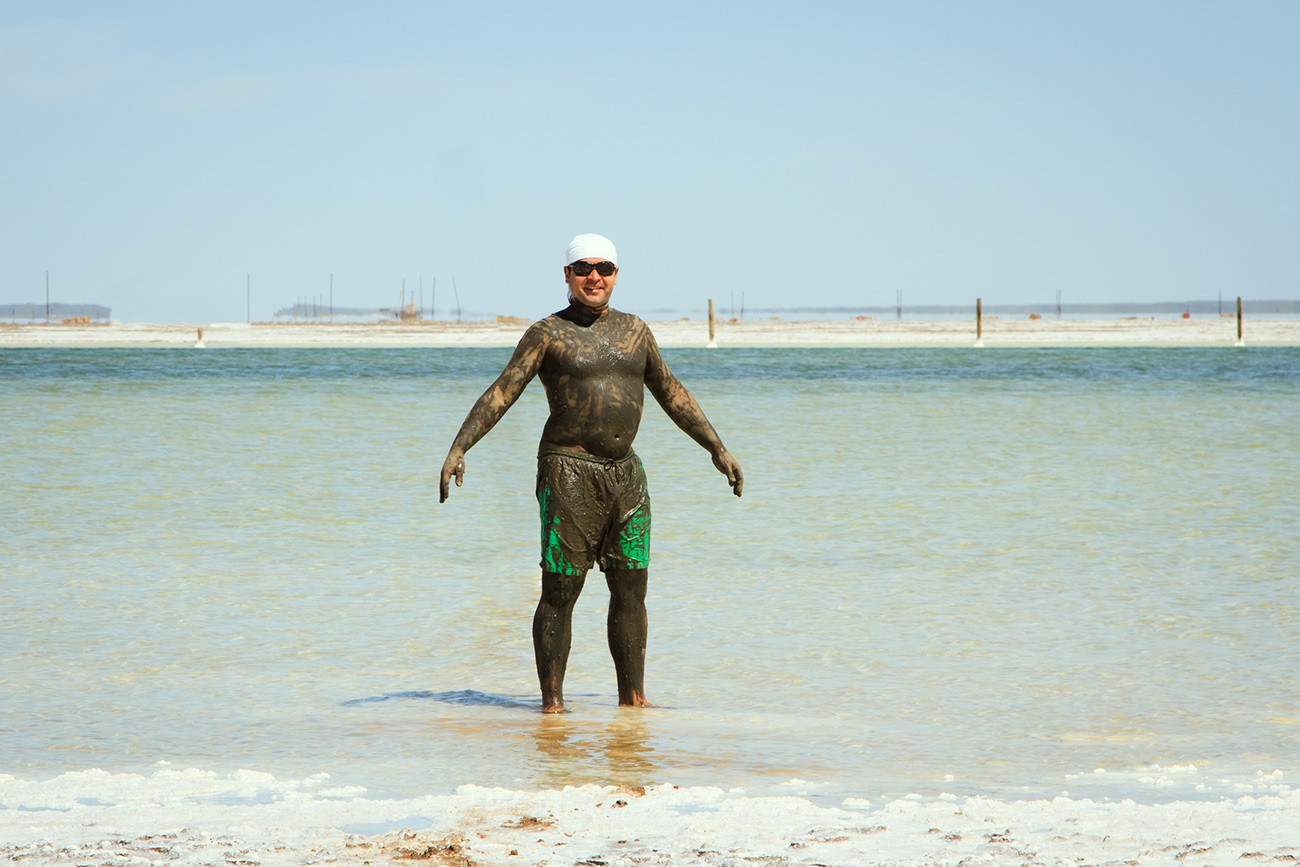 Baikal never disappoints. The lake is beautiful both in summer and especially in winter — due to the clear blue ice and snow-crusted rocks. This is that rare case when expectation and reality coincide 100%. 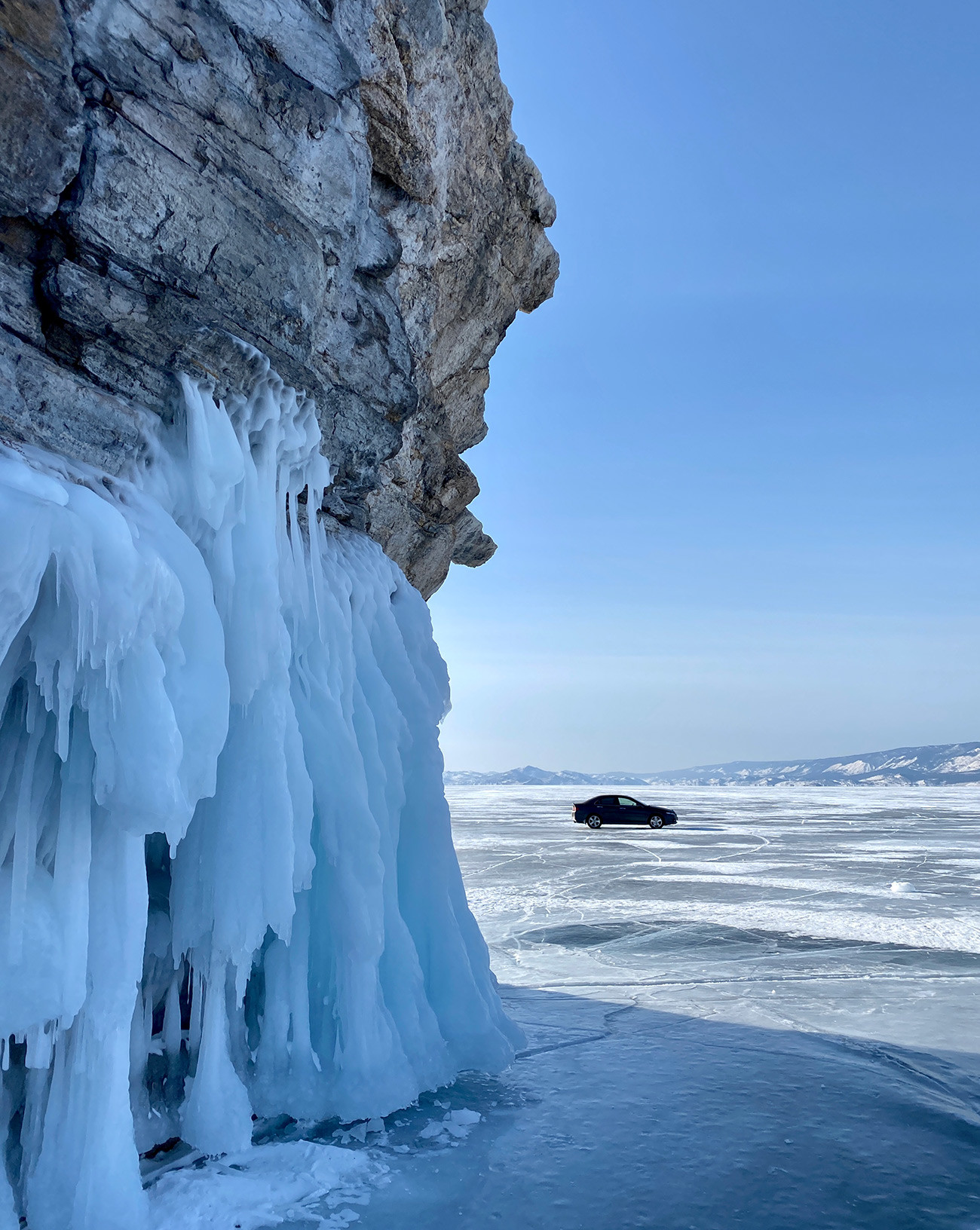