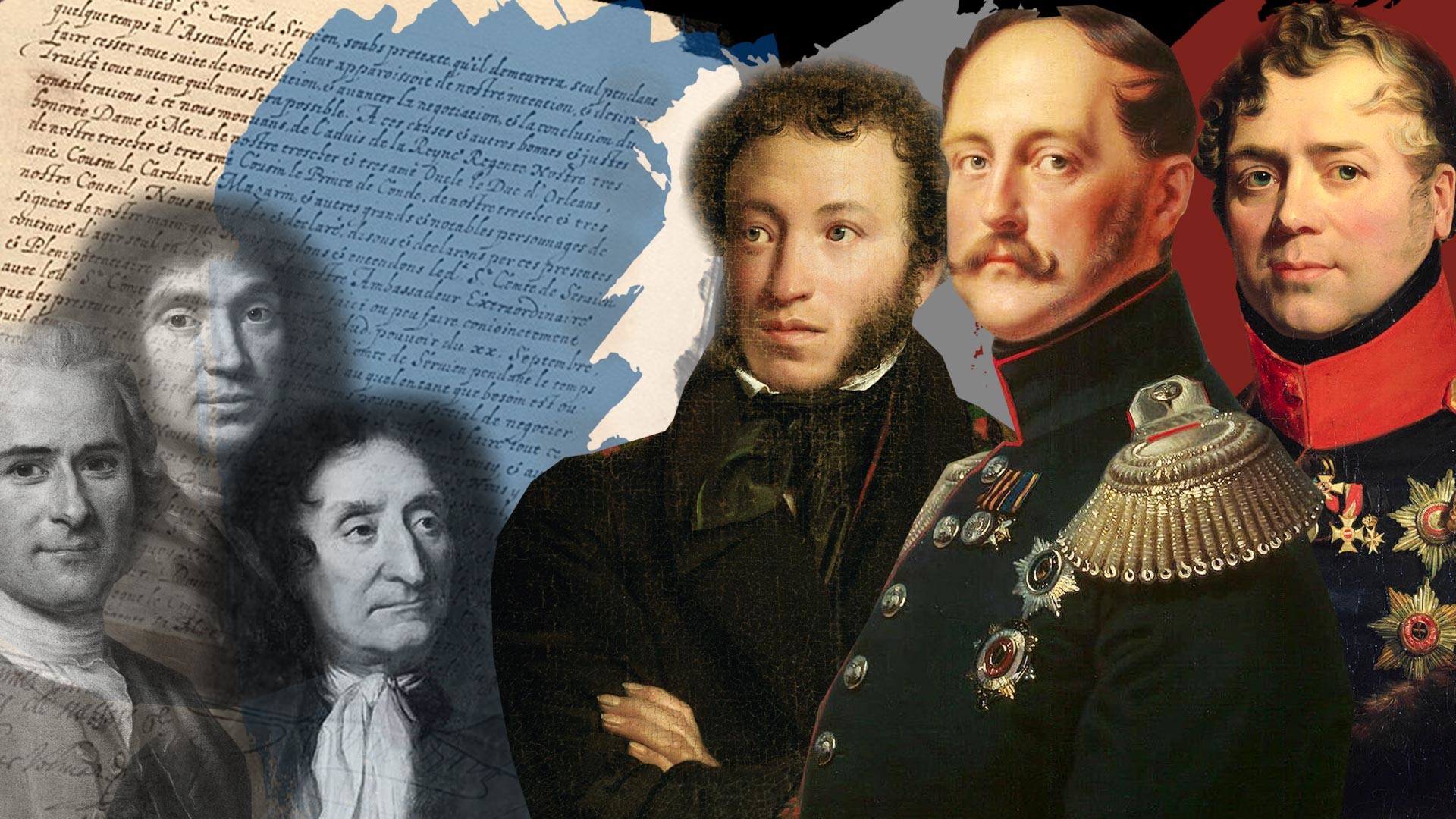 Maurice Quentin de La Tour; Pierre Mignard; Hyacinthe Rigaud; Orest Kiprensky; Franz Krüger; George Dawe
For some Russians of the 18th-19th centuries, French grammar was the first kind of grammar they learned; on the other hand, it was first often taught by fraudsters and former convicts. How did French become de rigueur among the Russian nobility?

When Prince Golitsyn, the Governor General of Moscow, got angry and began cursing, his subjects were frightened but could hardly hide their smiles. He used the most appalling swearwords but uttered them with the elite French pronunciation. 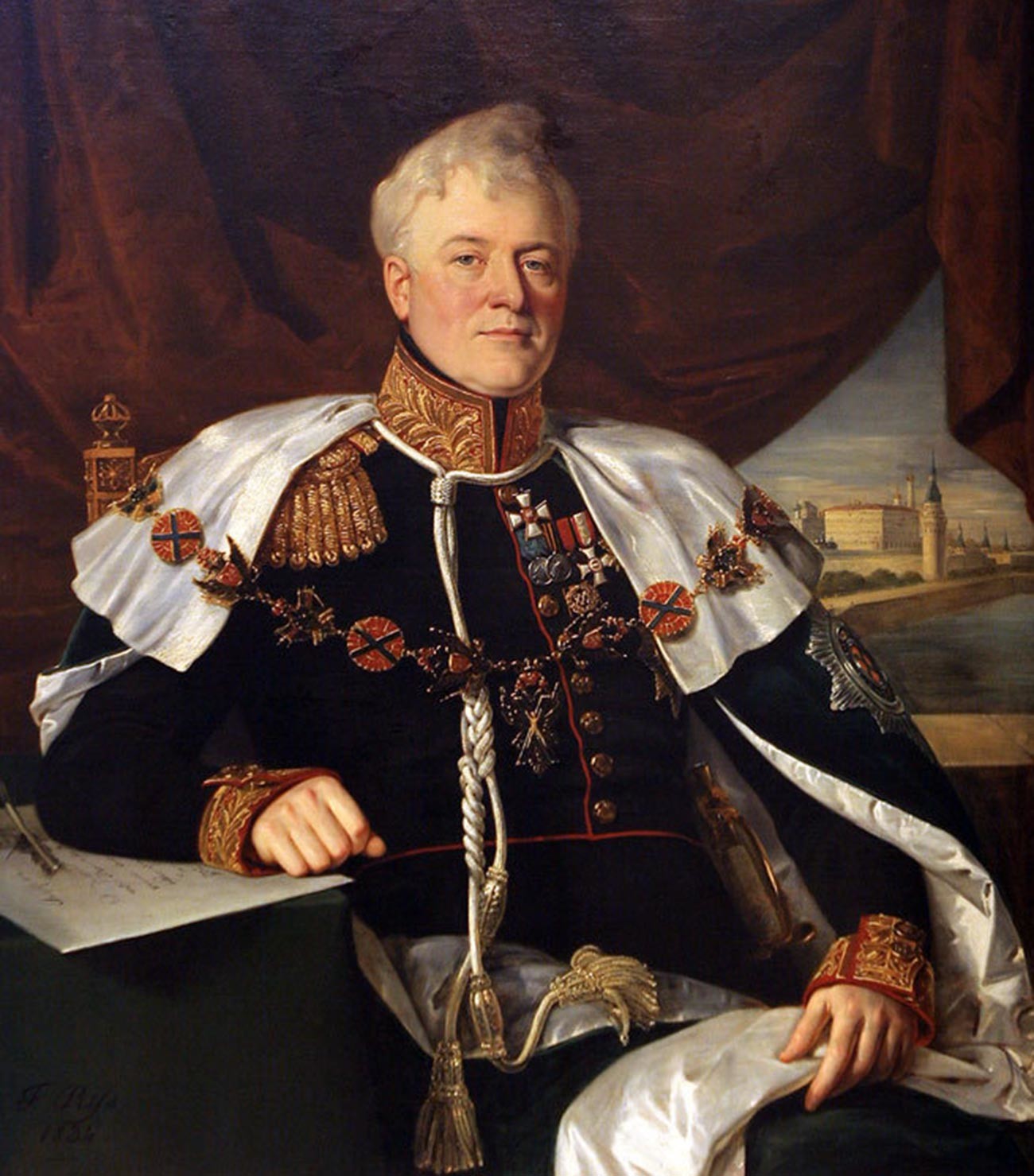 The thing is, Prince Dmitry Golitsyn’s (1771-1844) mother tongue was not Russian, but French. He spent most of his young life in France, and when in 1820, he became the Governor General of Moscow, everybody noticed that he spoke Russian with a thick accent and wrote in Russian with grave mistakes.

For the 19th-century Russia, this was usual, because all members of the nobility spoke French to each other, and even the military conflict with Napoleonic France only temporarily stemmed this habit, but never stopped it. Here are the reasons for this.

1. The Russian nobility needed a language servants would not understand 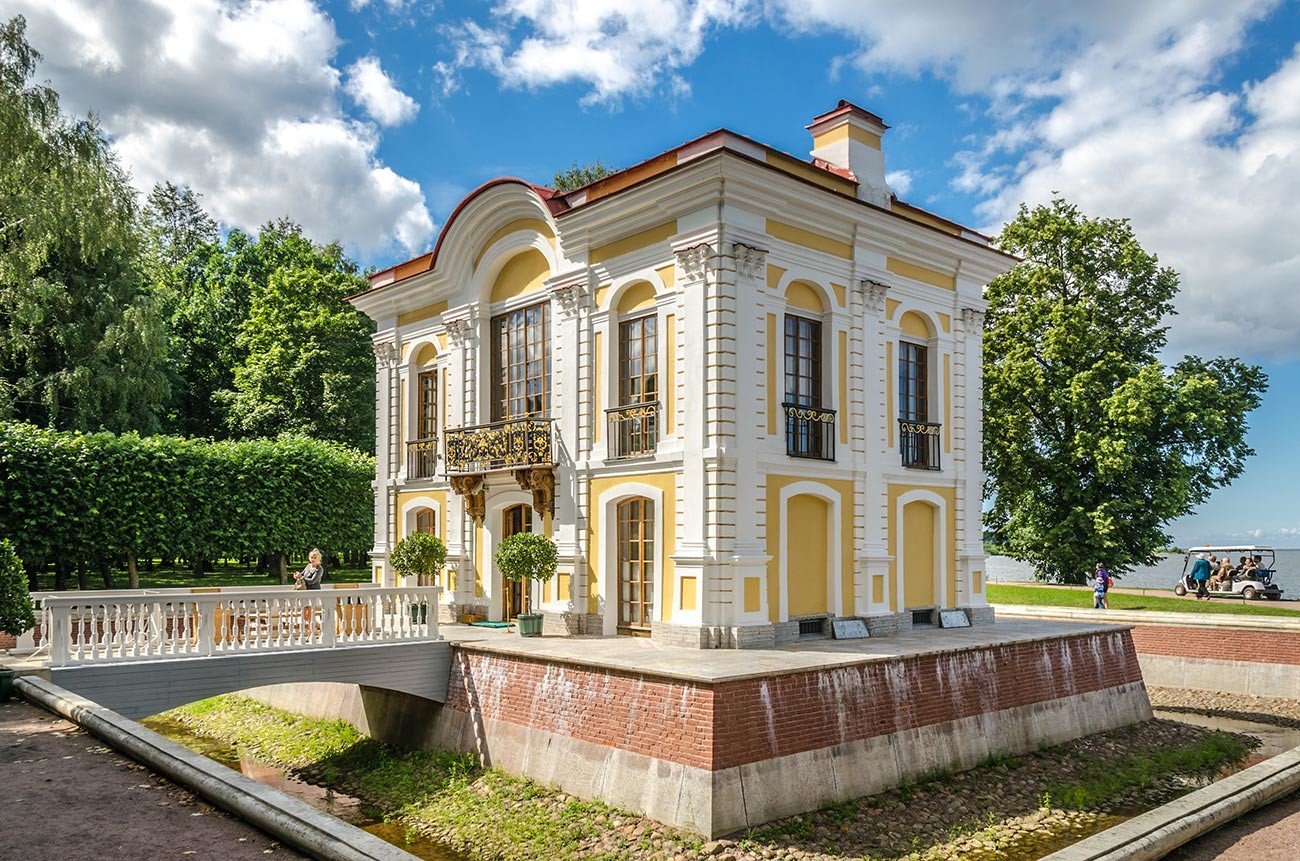 The Hermitage in Peterhof

The first Hermitage in Russia (link in Russian) was built in Peterhof, a suburb of St. Petersburg, on the orders of Peter the Great. “Hermitages” in those times were park pavilions designed for the recreation of the nobility – in these pavilions, the noble could “hide” from their servants because the servants were only allowed as far as the first floor of the building.

The main feature of such hermitages (including the Peterhof one) was an elevating mechanism used to lift food prepared by the servants from the first floor to the second – so that the servants wouldn’t have a chance to overhear their masters’ conversation. 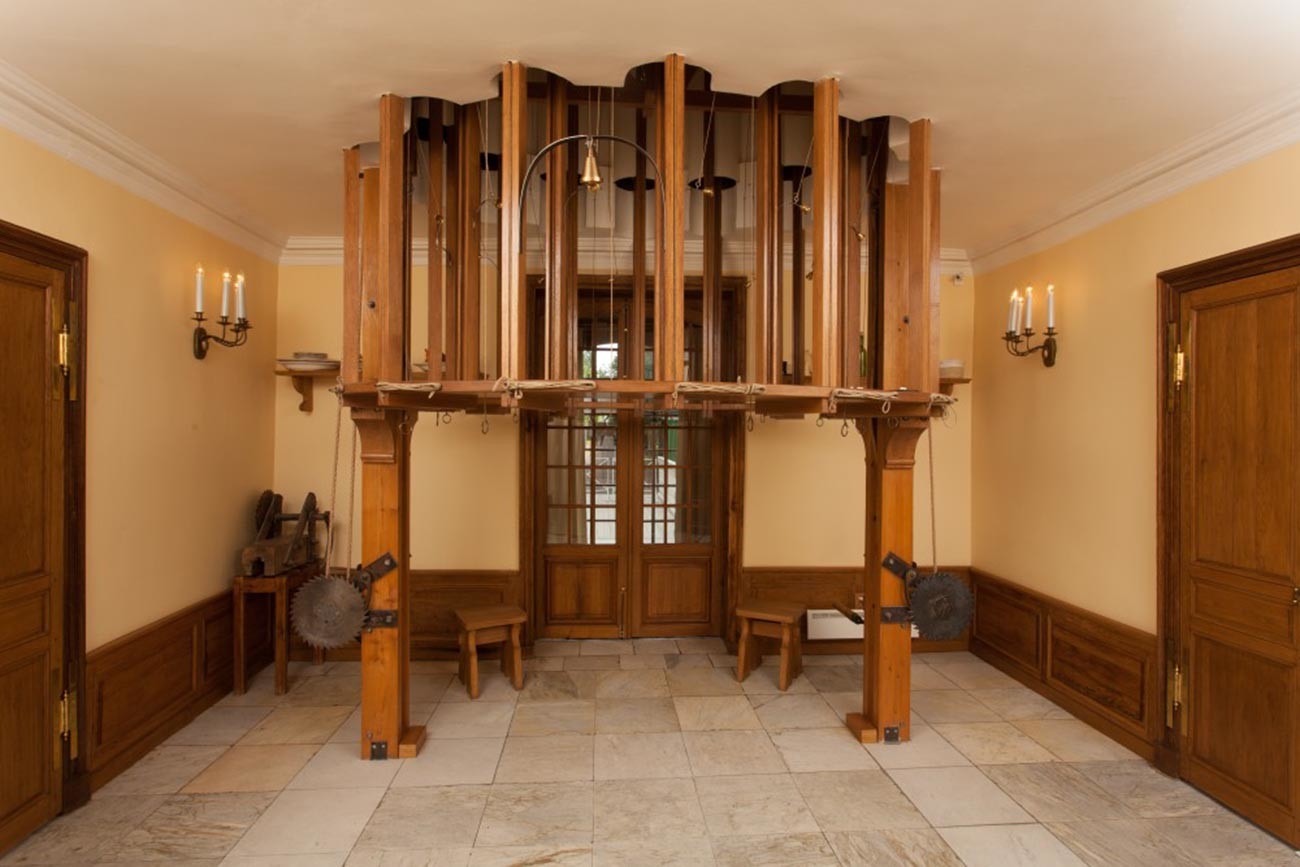 The original elevating mechanism in the Peterhof Hermitage

Peter the Great and his friends dined in this Hermitage on numerous occasions. They didn’t yet speak fluent French between each other, but this story proved they needed such a language. When you’re talking millions of rubles or millions of lives, you don’t want your doorman or dishwasher woman to gossip about it. French became such a language for Russians. Why not English or German, if there were so many Germans in the Russian Empire?

2. French became the international language of politics in Europe

In Europe of the Modern Age (from 1500), Latin was the international language of science and diplomacy. The knowledge of this language, which is complex and hard to master, distinguished the highly educated people. Up until the 18th century, Latin stayed the go-to language for scientists, but in international relations, French took its place. 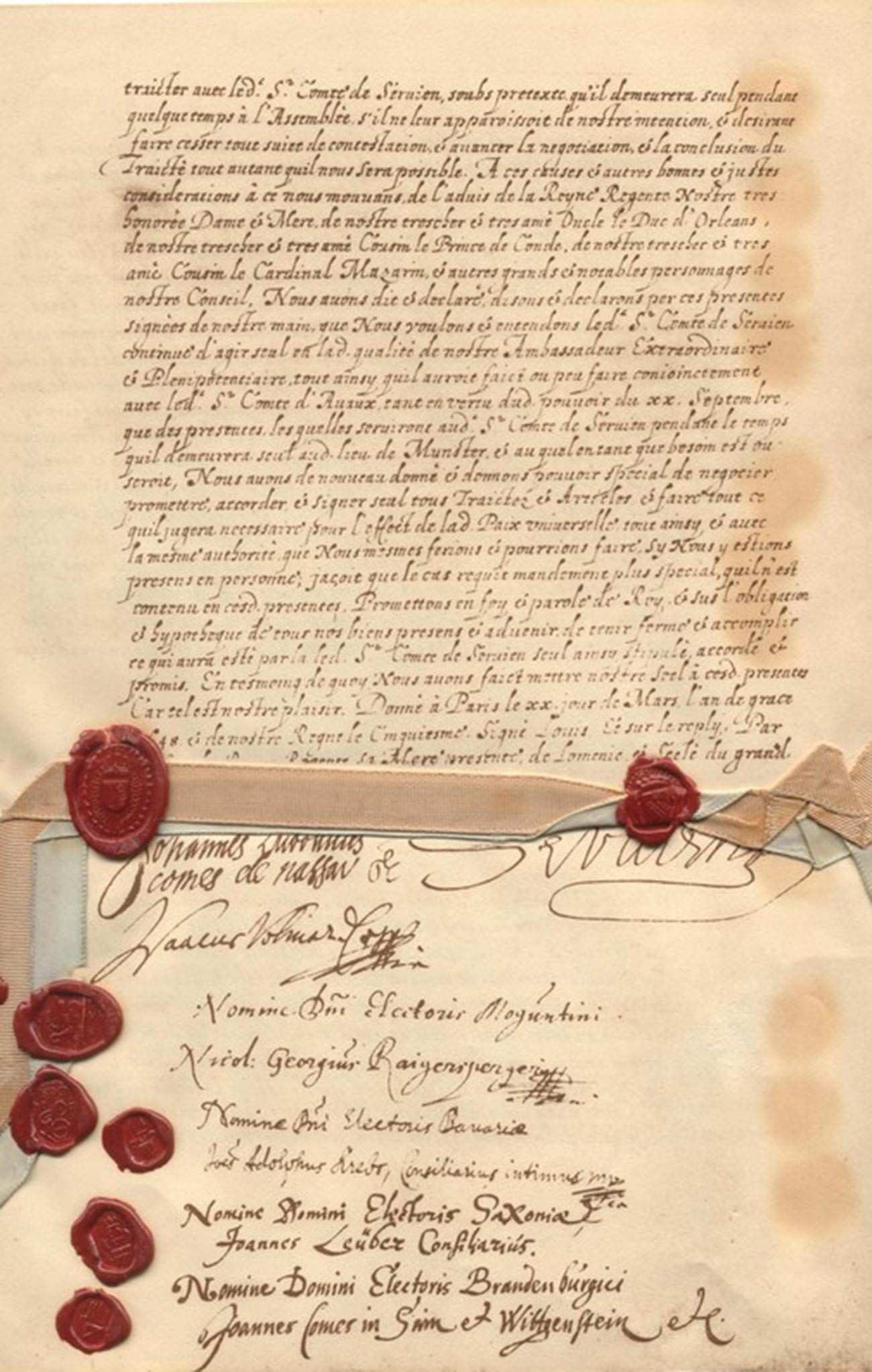 The last page of the Peace of Westphalia Treaties, written in French

In 1539, French was made the official language of France, and a century later in 1635, the French Academy was established to reform the French language. A set of certain grammatical rules was created, and in 1648, the Peace of Westphalia treaties became the first international documents of such significance written in French.

The Peace of Westphalia defined the new European reality of sovereign states – and one in which French was the new diplomatic language. From the mid-17th century, Russian diplomats and scientists also started learning French.

3. Numerous French tutors flocked to Russia after the French Revolution

In the 18th century Russian Empire, only the richest could afford decent European education for their children by sending them abroad to study. Simpler noblemen could invite a tutor from France – they were hired to live on the estates and look after their pupils. Music, dancing, horse riding, and social etiquette were taught to both boys and girls; boys also practiced fencing, while girls concentrated on the arts. 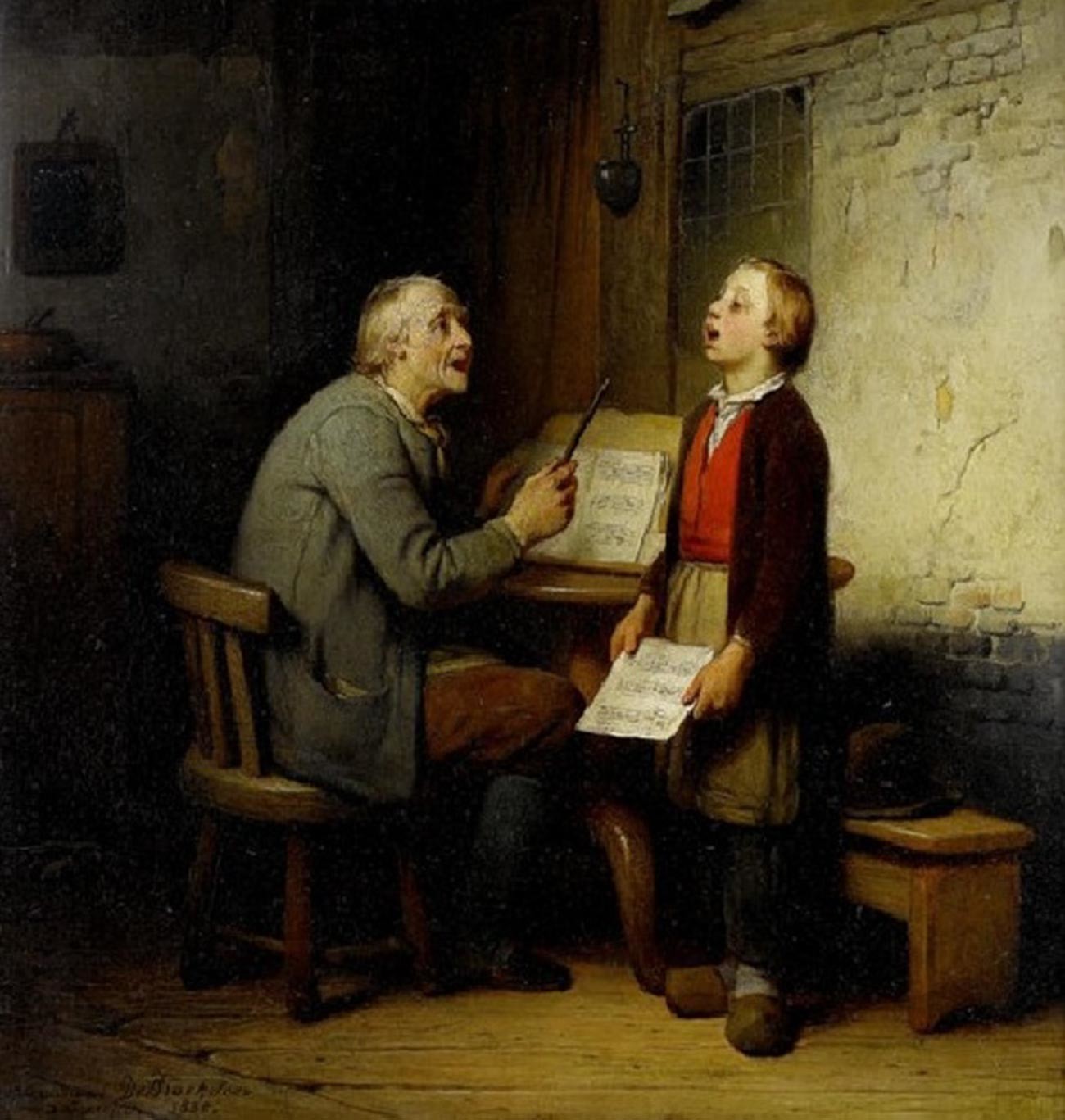 Before the French Revolution, many of these tutors were petty criminals, fraudsters, and at the very least they didn’t have a higher education. Once in 1770, Russian historian Yury Lotman writes, a French envoy in St. Petersburg recognized his former coachman as one of the ‘tutors’ in St. Petersburg. Even worse – once an escaped French convict, branded like all French convicts with the fleur-de-lis, the heraldic lily of the Bourbons, posed in Russia as a natural-born Bourbon prince – and almost married a nobleman’s daughter, before he was exposed by better educated Russians.

The situation changed after the French Revolution, when a great number of educated French people (including devoted monarchists) fled their home country, fleeing from the atrocities of The Terror. They were welcomed in the Russian Empire, an absolute monarchy at the time, just like France had been.

From the late 18th century, having a French-speaking tutor in the family became a must for almost any Russian noble family. Now, they were better educated, and they taught real French and real French manners. In the countryside, they taught in boarding schools, in the capitals, and with the richest noble families, they were hired as live-in tutors on the estates and manors.

4. Knowledge of French distinguished the nobility from others

The Russian nobility of the 19th century quickly became extremely fluent in French. For many of them, just like for Prince Dmitry Golitsyn, French was more comfortable than Russian. They also looked up to French culture. About 70 percent of books in a Russian nobleman’s library were in French. George Byron, William Shakespeare, Walter Scott, Heinrich Heine, and other European authors were read by the Russians in French translations. Only later in the 19th century English literature in its original language joined the Russian nobleman’s curriculum. 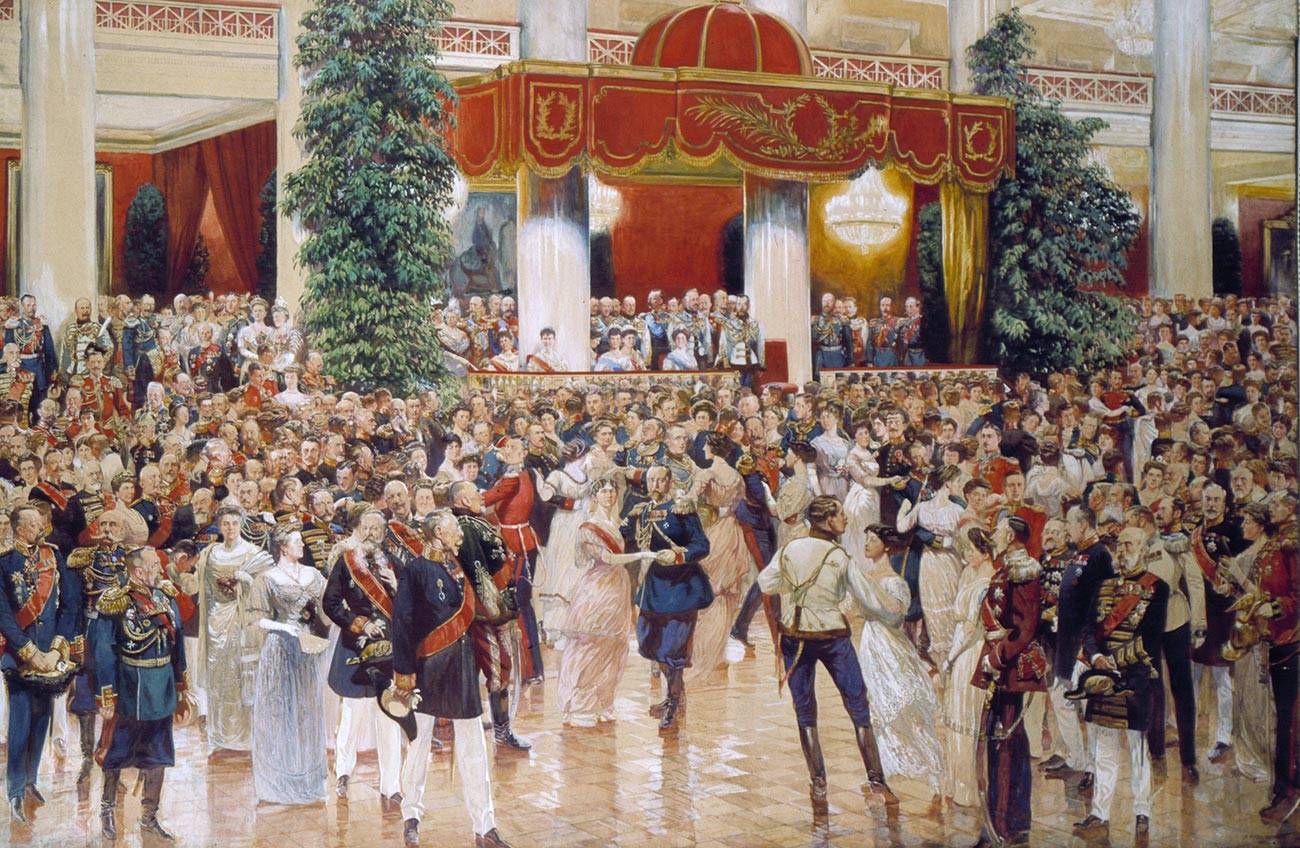 French was used exclusively in love letters and private correspondence, even after Nicholas I ordered all state documents to be written in Russian only. Russian philologist Varvara Blinokhvatova notes that for the Russian nobility, the very fact of belonging to the French culture “justified” the existence of any work of literature or art. The Russian nobility of the 19th century can surely be considered bilingual. And the knowledge of French could quickly enable them to recognize one another – or spot an impostor among themselves.

Notably, the French acknowledged the Russians’ proficiency in their language and culture. In Stendhal's The Red and the Black (1830), the protagonist, Julien Sorel, looks up to Prince Korazov, a Russian nobleman who teaches the young Frenchman the most refined manners and ways of society. With Korazov, Julien “really got to know the meaning of sublime fatuity. He had struck up a friendship with some young Russian nobles who initiated him,” Stendhal wrote, proving that Russians in 19th century Europe were really the ones to carry and preserve high-class culture.