How aviation became an effective propaganda tool in the USSR (PHOTOS) 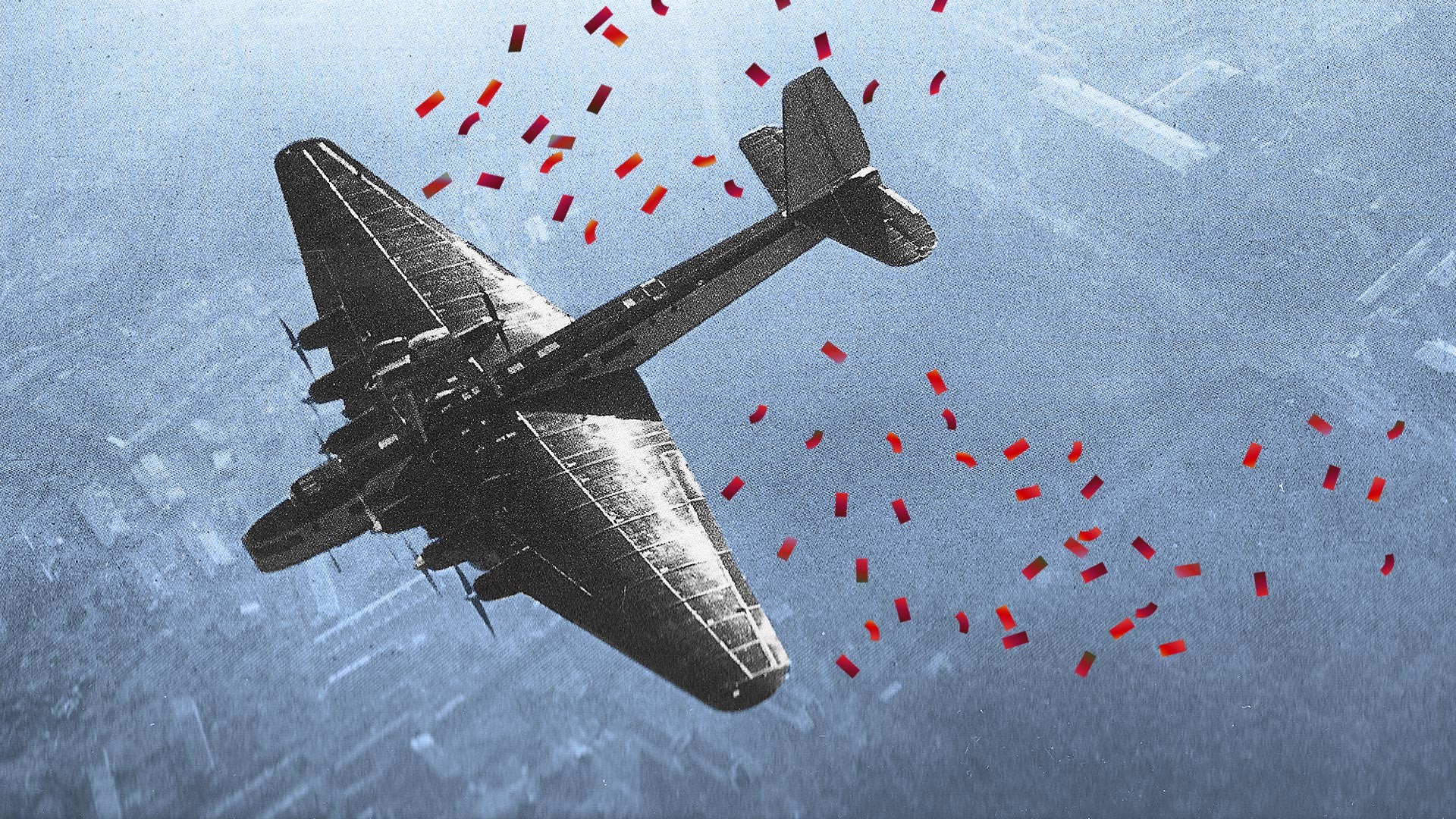 Public domain
In its air fleet, the Maxim Gorky Agit-Squadron had the world’s largest aircraft at the time and an aircraft that looked like a crocodile.

Propaganda always had a key role to play in the Soviet Union. In the first decade of the existence of the new Soviet state, television was yet non-existent and radio broadcasting was in its infancy, so Lenin’s speeches and the Communist Party’s manifesto had to be communicated to the people with the use of so-called agit-trains and steamers. And in the early 1930s, they were joined by aviation. 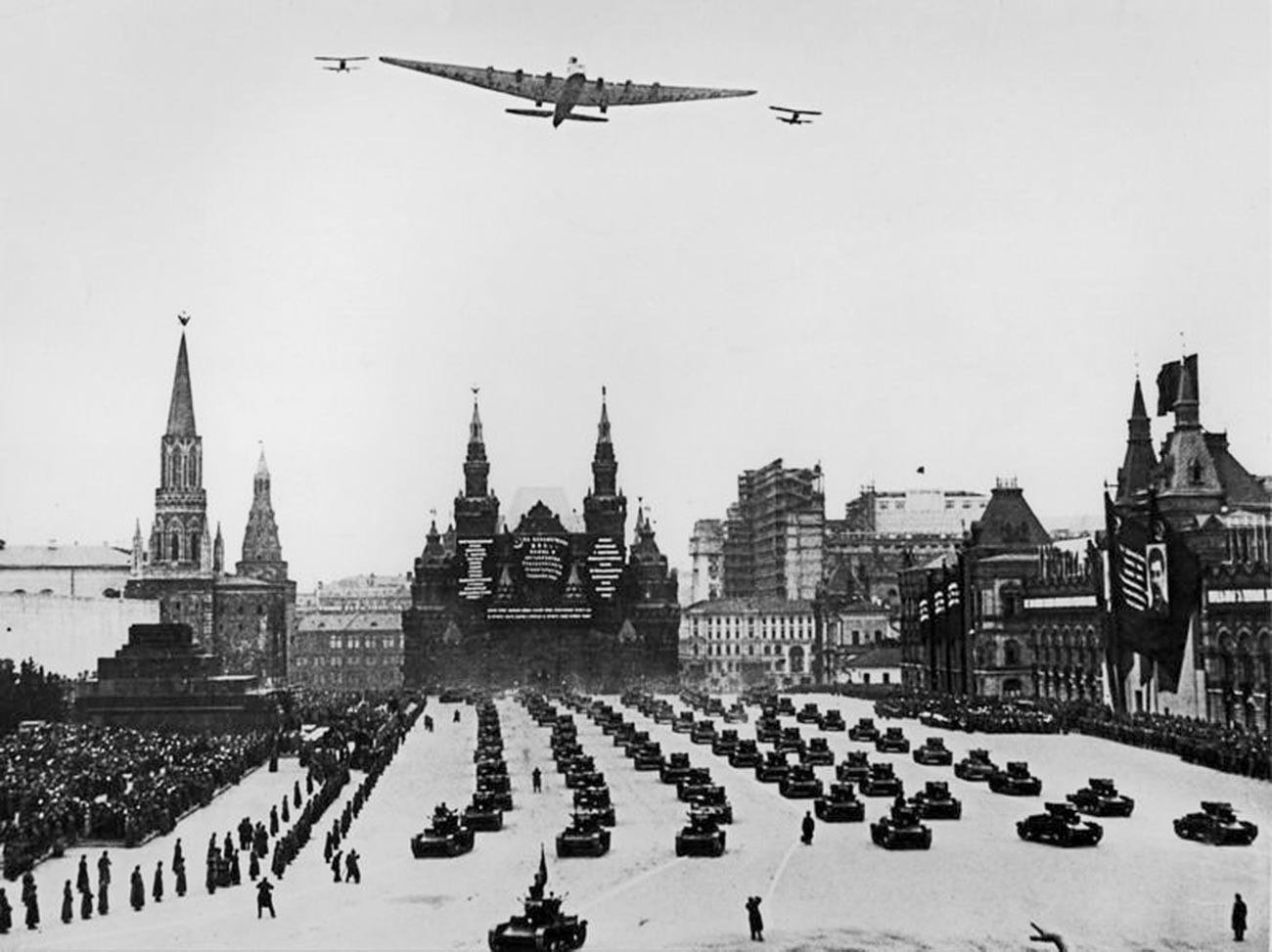 In 1932, the Ogonyok magazine started a fundraising campaign to set up a special agitprop squadron, which was to be named after Maxim Gorky (the author was celebrating his 40th anniversary of the start of his writing career that year). 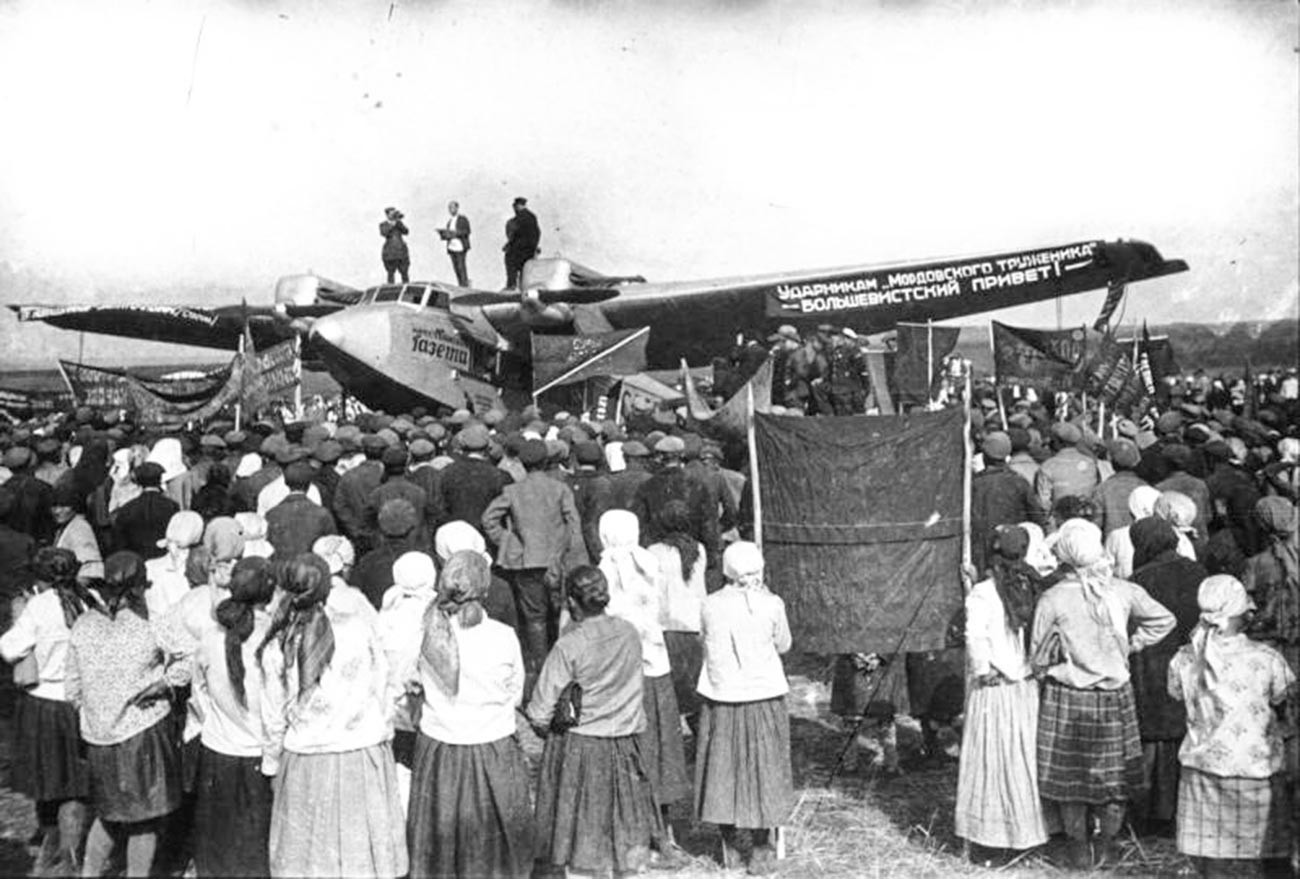 The task of the agit-squadron was to carry Communist propaganda to the most remote and inaccessible parts of the vast country. Its airplanes delivered and showed propaganda films, broadcast radio programs and distributed the necessary literature. Its passengers were heroes of labor and so-called ‘Stakhanovites’, professors and officials who delivered talks and lectures to crowds of workers and peasants, who would gather around the planes. 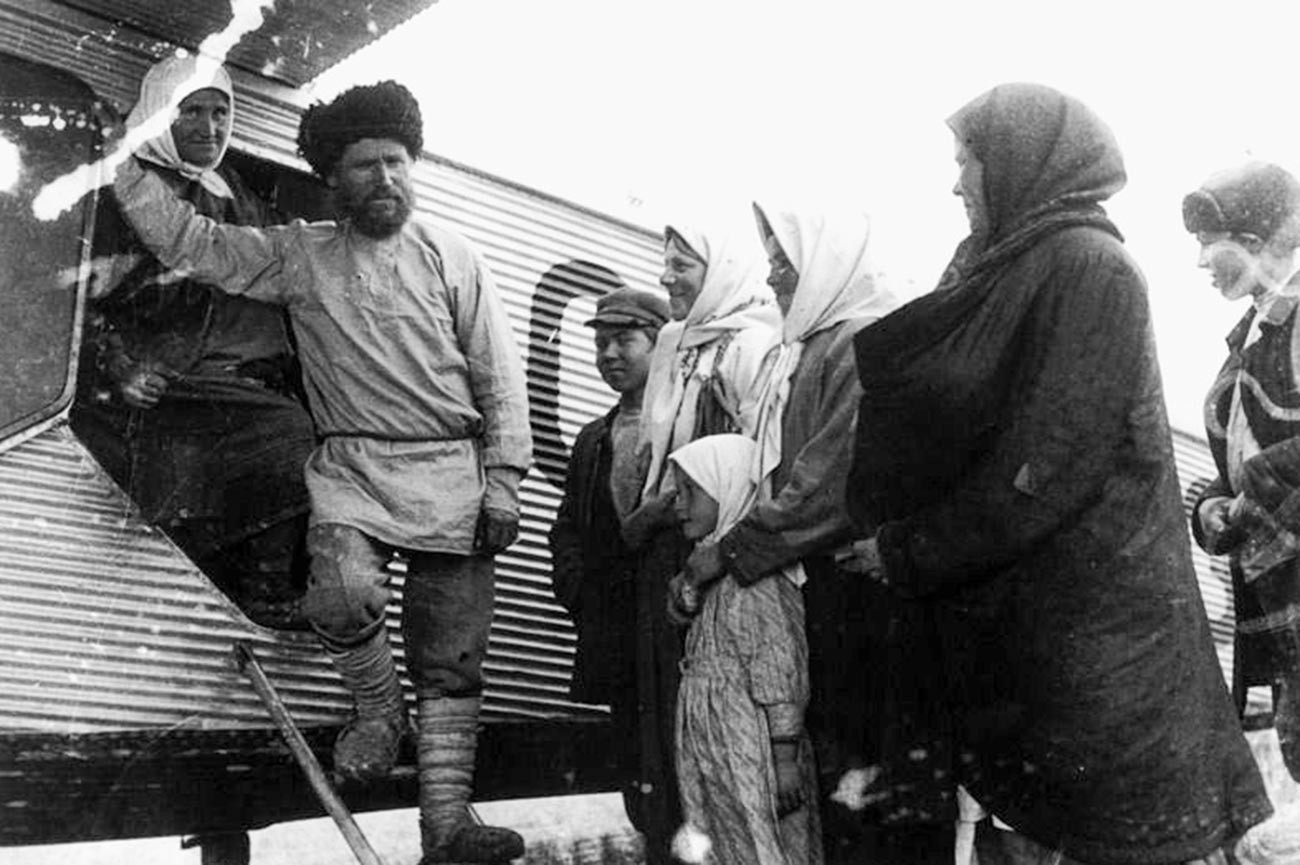 In the years before World War II, the squadron had over 30 aircraft and one airship. Many of them were built with funds raised by newspapers and magazines and therefore carried their names: Collective Farmer of Eastern Siberia, Komsomolskaya Pravda, Red Star and so on. 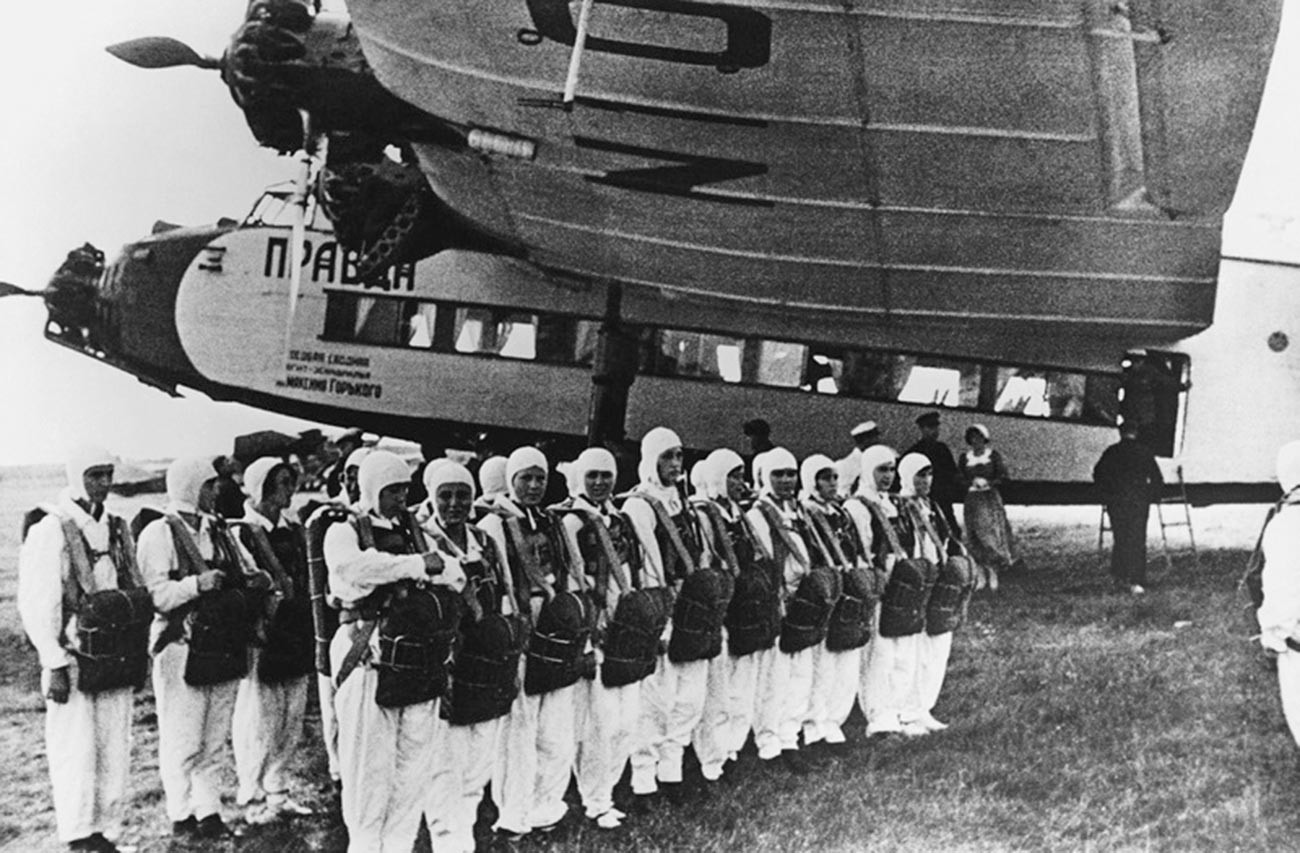 To fund the construction of their own aircraft, the staff of the satirical magazine Crocodile published a special issue in 1935. All those who worked on it, from writers and artists to printing workers, donated their pay for the issue to the fundraising campaign. The ANT-9 aircraft that was built with the magazine's money even looked like a crocodile. 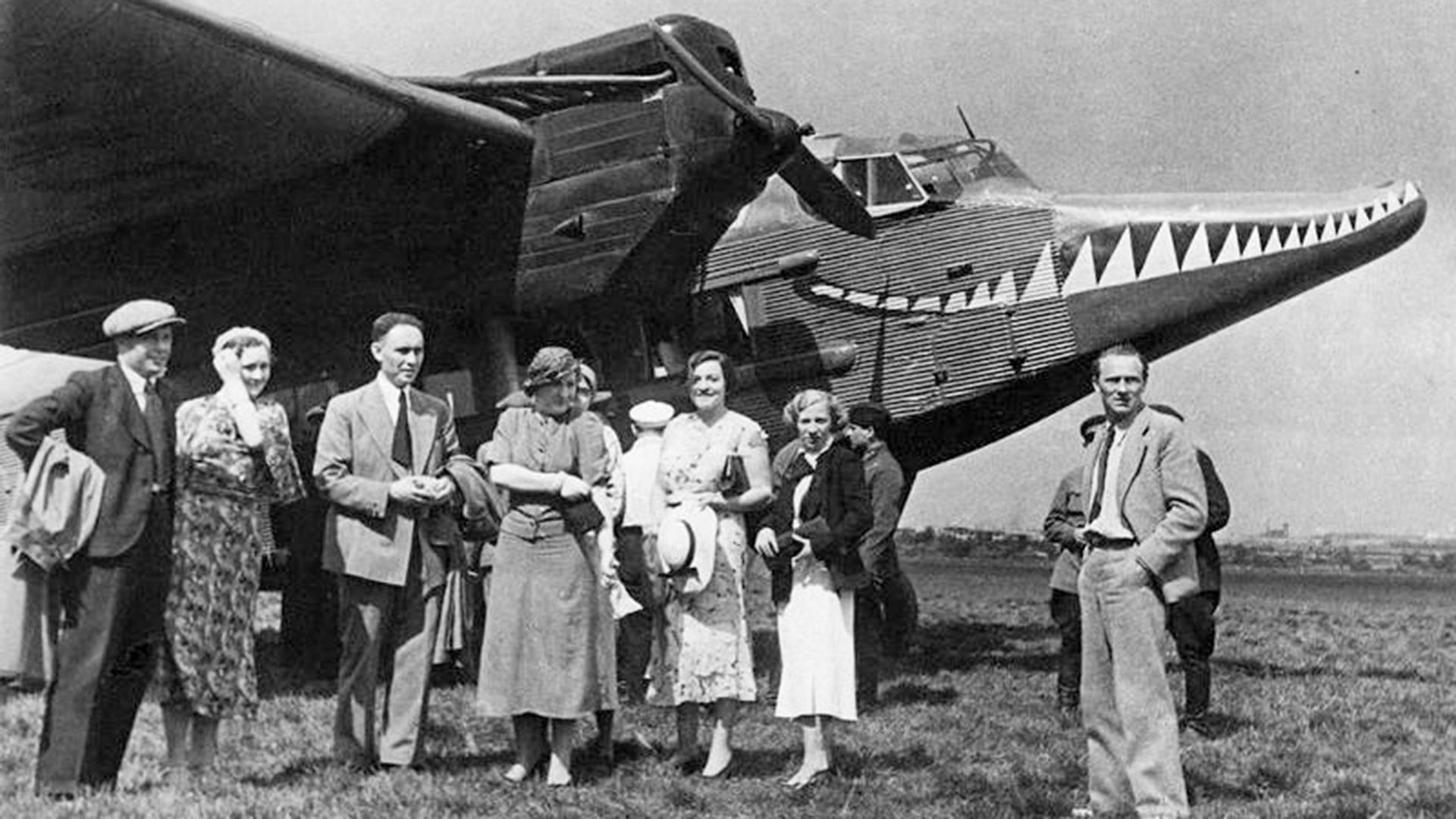 The Agit-Squadron mainly consisted of light U-2 biplanes. However, its flagship was a real giant, the Maxim Gorky ANT-20, the then world’s largest aircraft with wheeled landing gear. 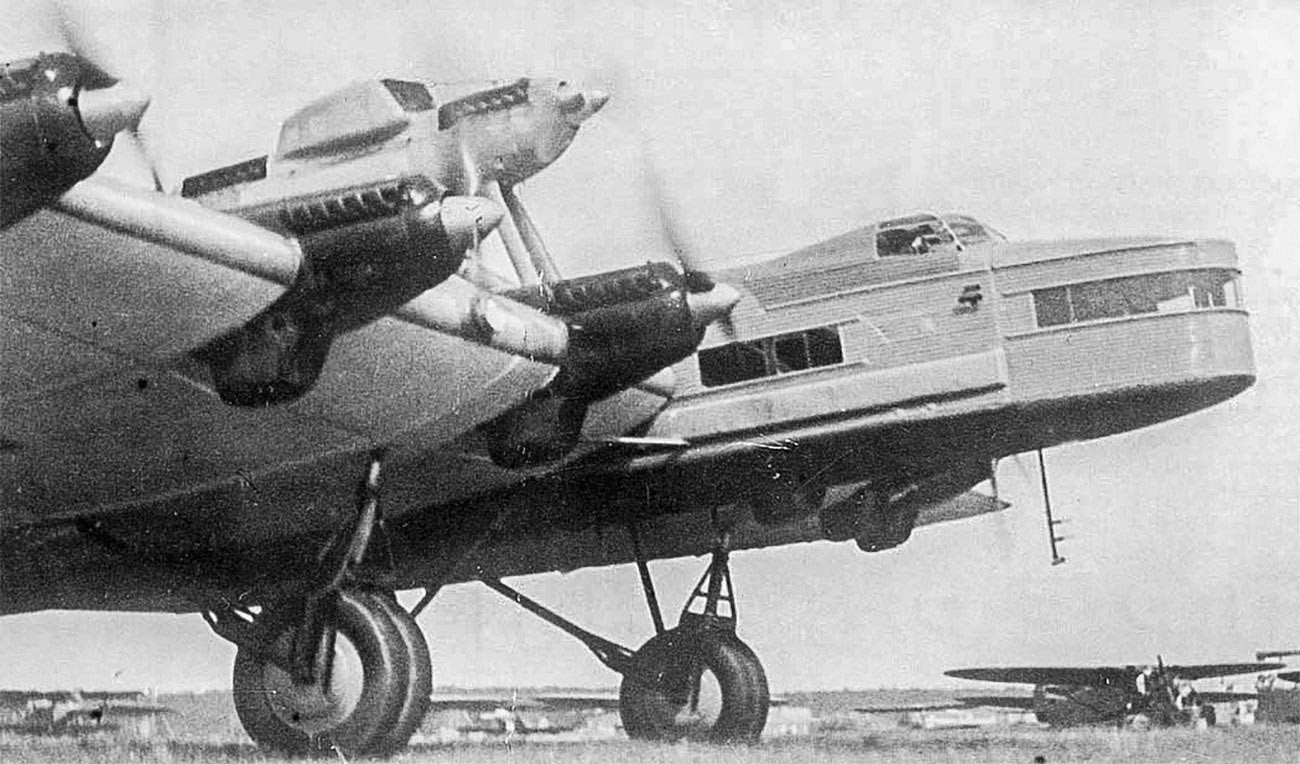 With a length of 33 meters and a wingspan of 63 meters, the aircraft was equipped with a powerful loudspeaker, a photo laboratory and a printing machine, which, thanks to a power station installed onboard, could print up to 10,000 leaflets an hour. The plan was that the Maxim Gorky would shoot films while in the air and project them directly onto the clouds, and that it could also beam slogans onto a smokescreen it produced. However, those latter features were never put into practice. 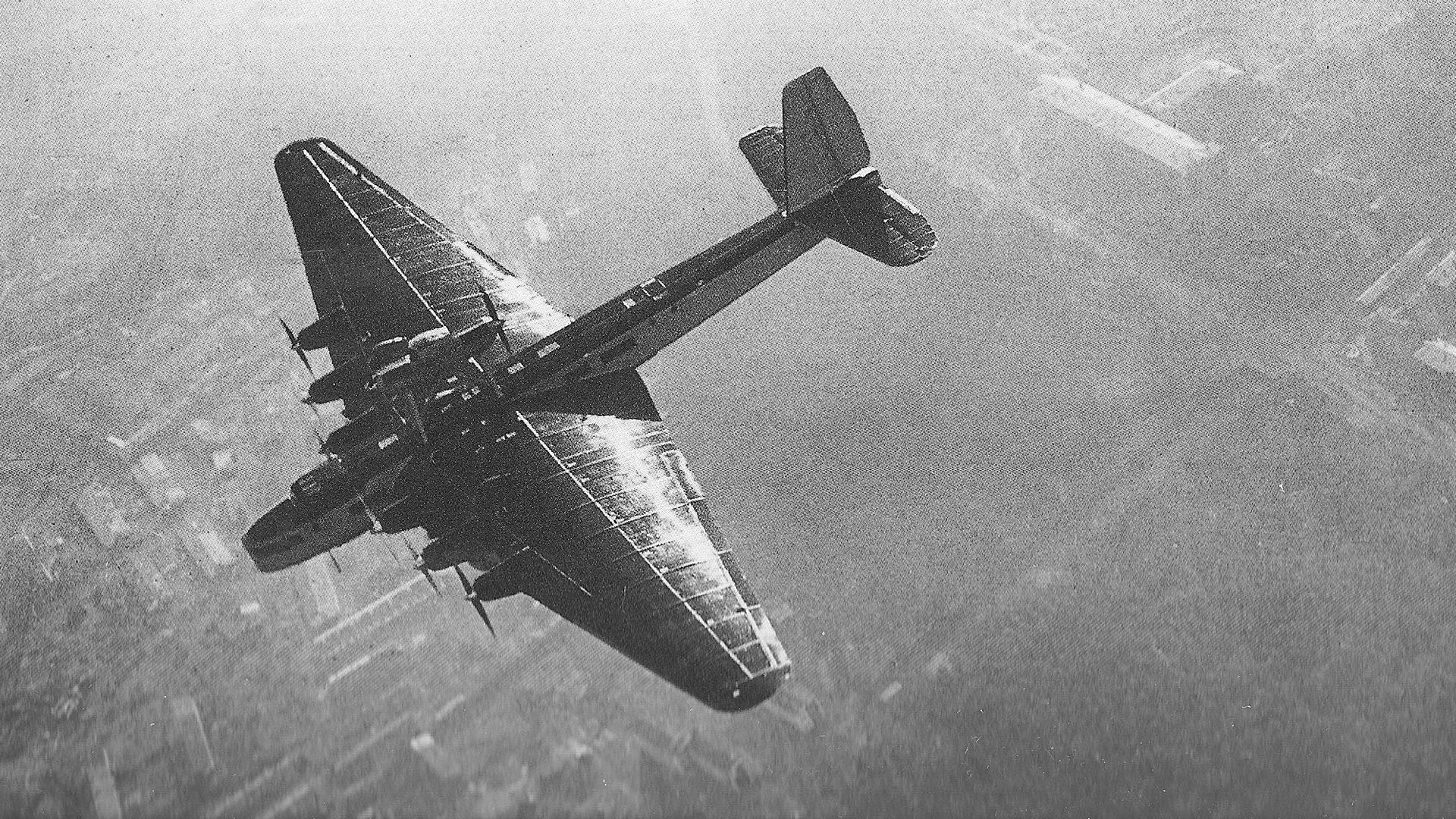 The Maxim Gorky was a real flying palace, capable of comfortably accommodating up to 48 passengers. Inside there were spacious armchairs, carpets, tables with lamps and curtains on the windows. Having rested in sleeper cabins, passengers could proceed to a buffet bar serving cold and hot snacks, and then on to a library. 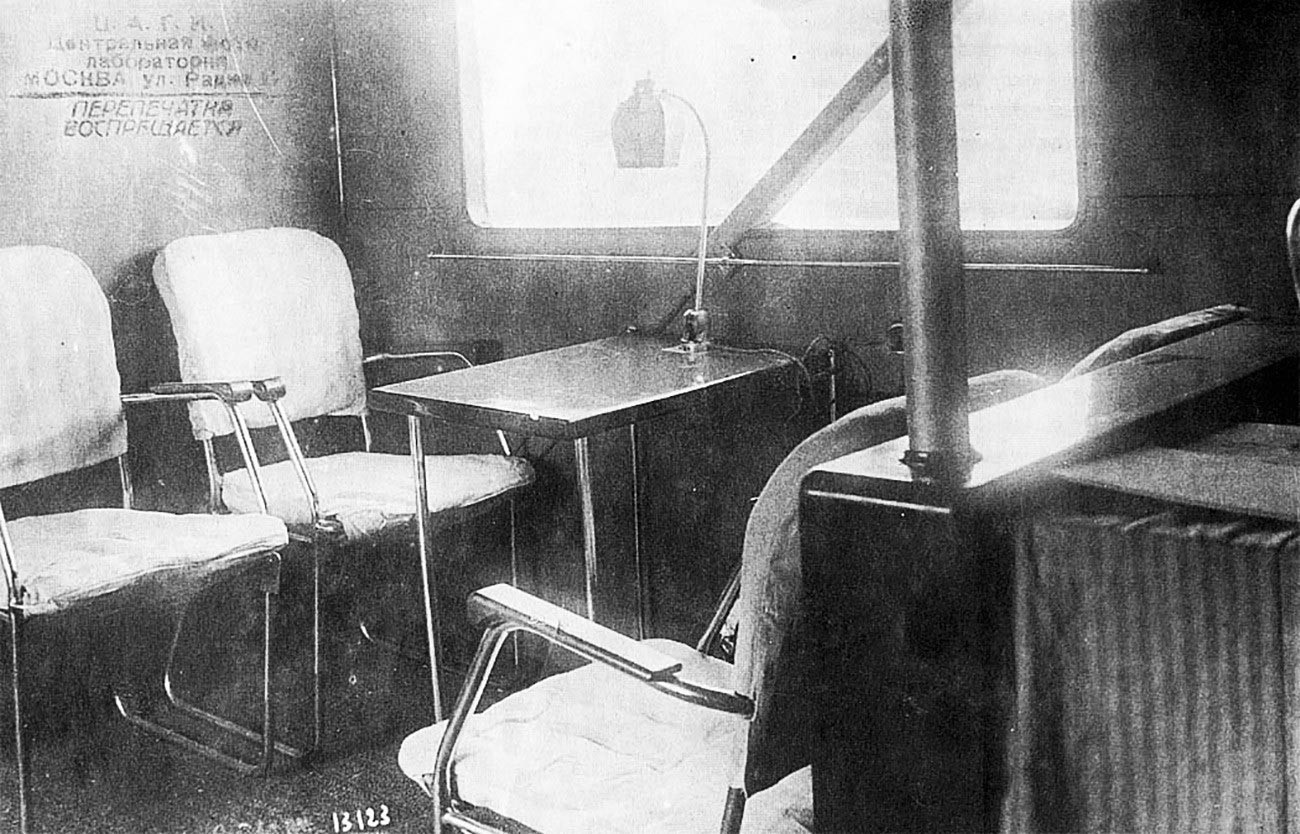 Unfortunately, the giant aircraft’s promising life was cut short just a year after it went into service. On May 18, 1935, during a demonstration flight over Moscow, it collided with an I-5 fighter that was performing an aerobatics display near it. The crash killed its 11 crew members and 38 passengers: workers of the plant where the ANT-20 was made and members of their families. 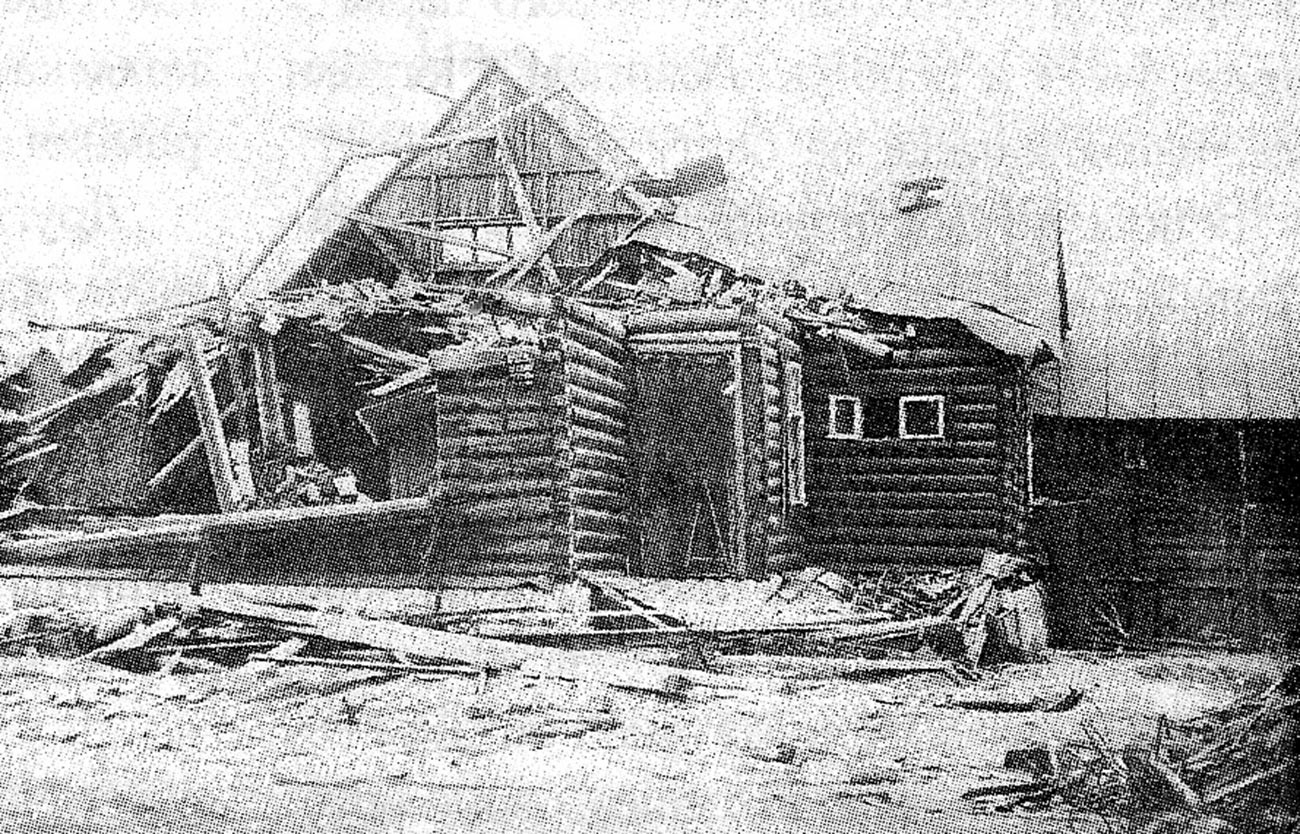 In the 1930s, the Maxim Gorky Agit-Squadron covered a total distance of 55 million kilometers, performing flights across the vast territory of the Soviet Union, while also organizing more than 3,000 rallies, 5,000 talks and lectures, covering an audience of over 10 million people. After World War II, with the rapid development of radio and TV broadcasting, there was no longer any need in propaganda aircraft, so the squadron never made it to the skies again. 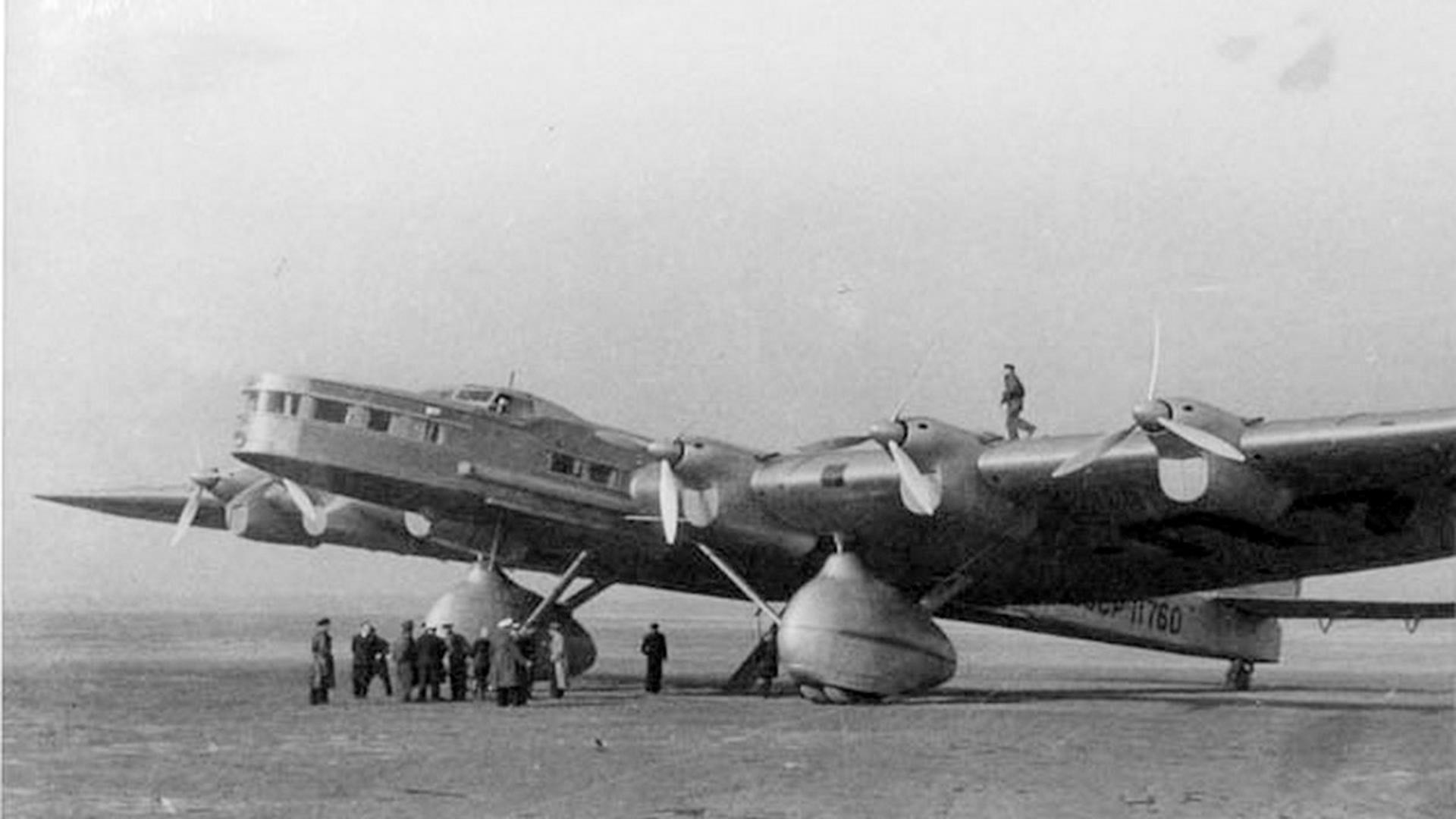