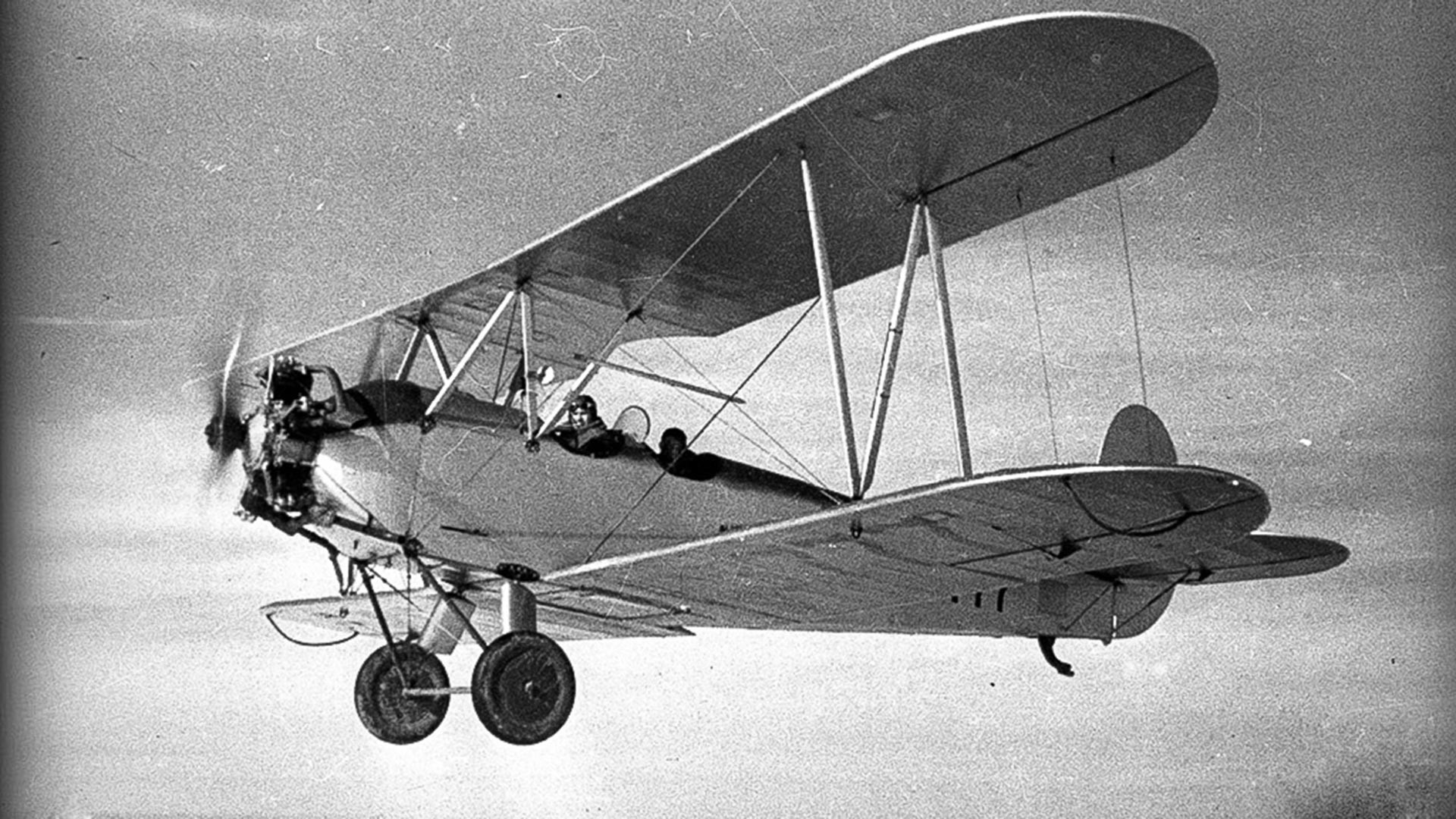 Evgeny Khaldey/МАММ/МDF/russiainphoto.ru
When the Soviets turned the weaknesses of the ‘Po-2’ light night bomber into strengths, it became one of the most effective military aircraft of the war.

The Soviet ‘U-2’ (renamed as ‘Polikarpov Po-2’ in 1944) light night bomber was no match for enemy fighter planes, and was far behind all German bombers. However, the aircraft was still considered a legend in the USSR, and was much glorified in movies and songs. But why? 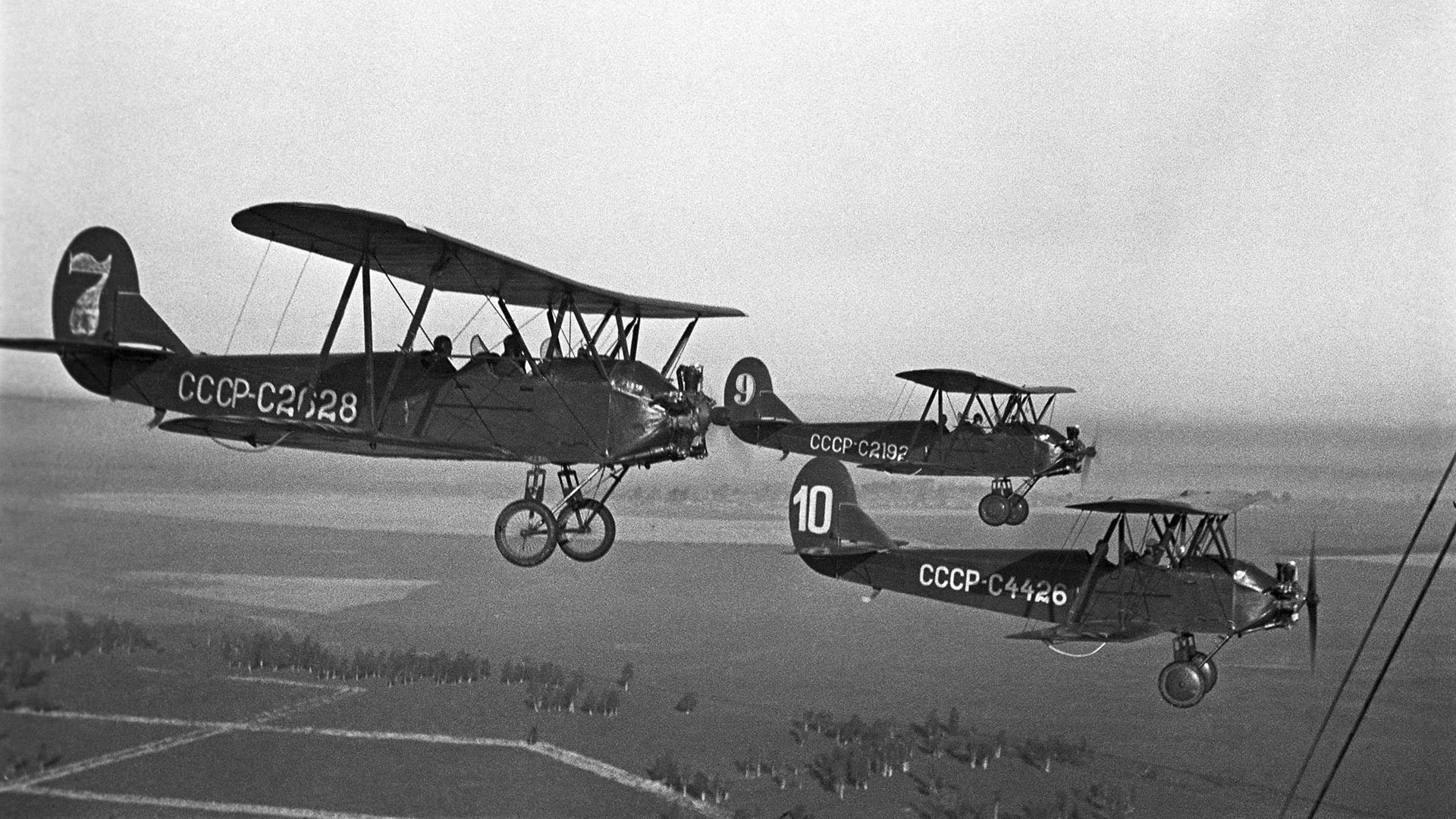 By the start of Germany’s invasion of the Soviet Union, the Po-2 biplane was already considered an “old man”. Designed in 1927, it had been actively used as a “flying desk” for Soviet pilots, being the very first aircraft rookies would fly (the “U” in its name stands for Russian “uchebniy” - ie. “training”). It forgave beginners even serious mistakes and almost never went into a tailspin. 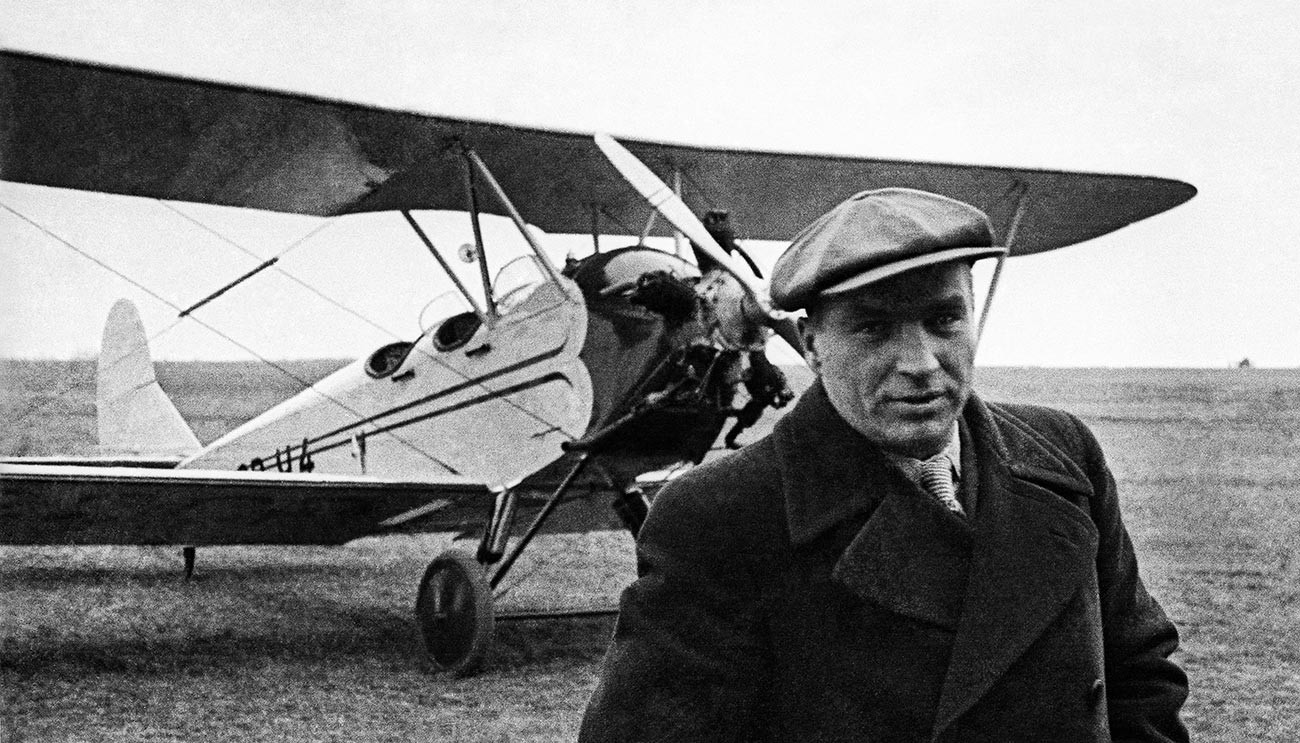 Hero of the Soviet Union Valery Chkalov with the Po-2 aircraft.

The biplane also served as an agricultural aircraft for spraying crops. Even after it proved itself during the war as an effective war machine, it was still lovingly dubbed by soldiers as the “corn duster”. 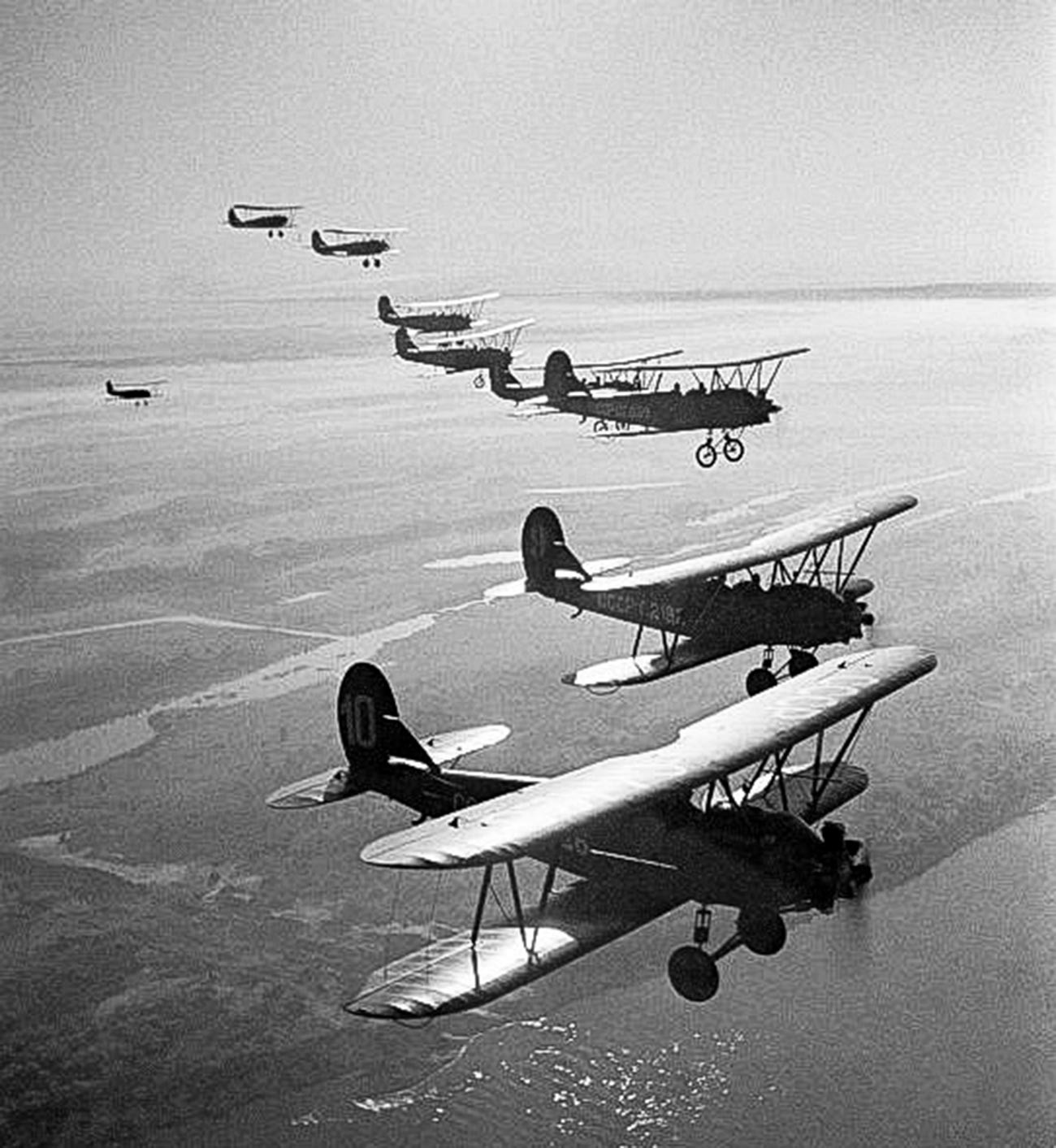 Defenseless Po-2s had a more than modest speed of 95 mph and could only fly at distances of up to 250 miles. However, the plane’s disadvantages were eventually used by the Soviets as advantages. 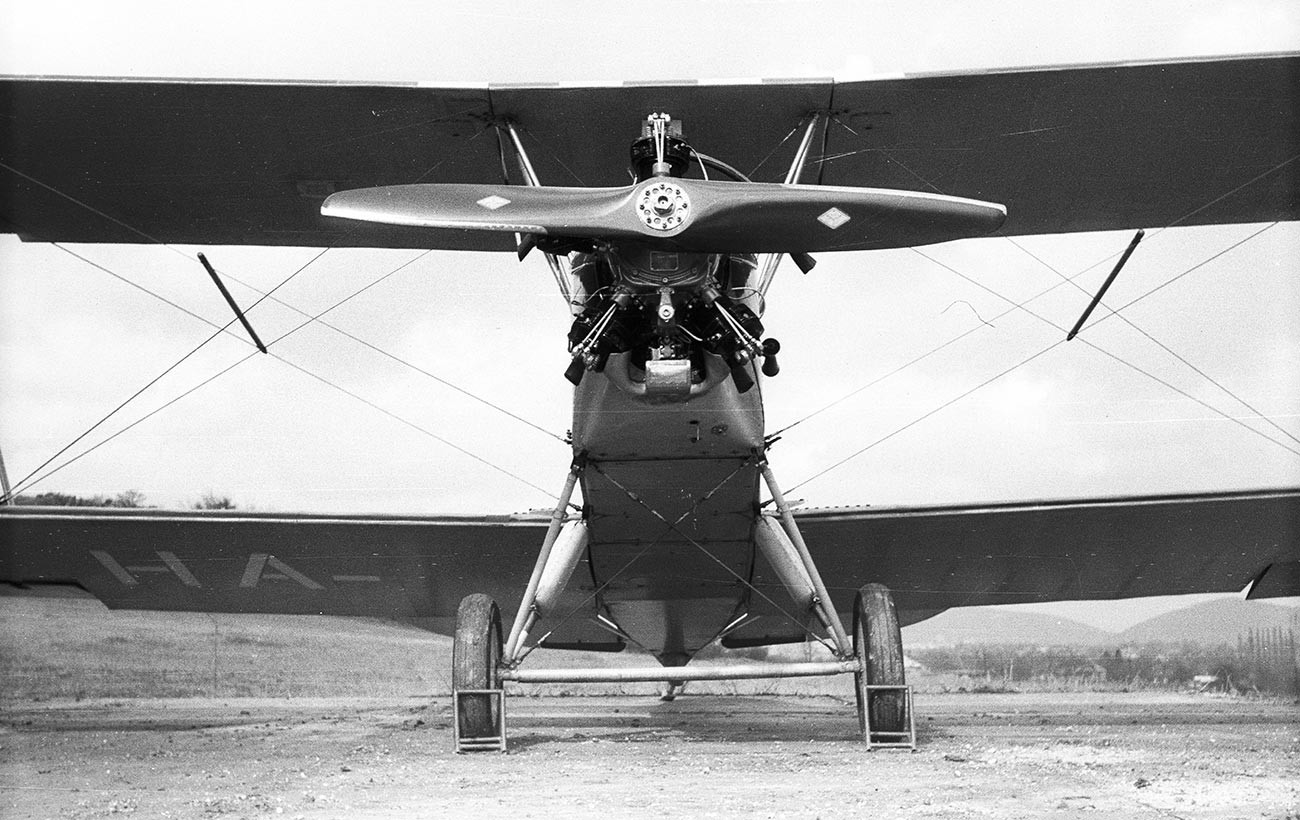 Unlike large high-speed aircraft, this biplane could land and take off on the smallest unprepared airfields, and even on the battlefield. “We landed our Po-2s near the headquarters of the tank brigades, which were right in the middle of the fight. Staying low, we flew past bomb explosions to the commanding posts, delivered secret packages, and took off over the ‘sea of fire’ again,” recalled Yakov Sheynkman, second lieutenant at the 994th Aviation Regiment. Such ability made the Po-2 indispensible establishing contact with partisan units, as well. 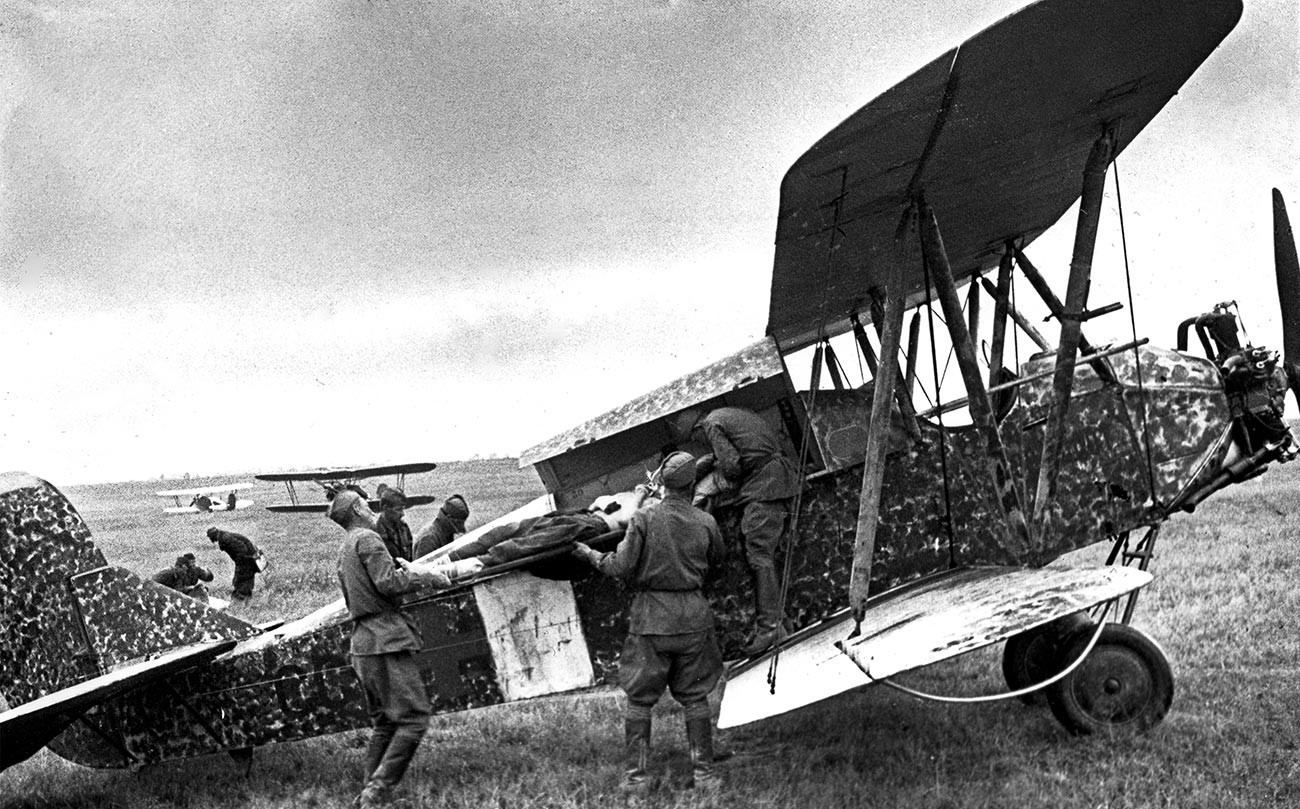 The Po-2 could be used as a courier, for transport, for reconnaissance or even for attacking enemy aircraft. However, its most glorious time was when it served as a light night bomber. Its low speed allowed it to fly at a very low altitude, effectively avoiding trees and buildings, and precisely hitting targets on the ground. In the full darkness of night, a Po-2’s pilot could spot the light of the lamp or a lit cigarette and drop bombs. Enemy soldiers were often forced to spend cold Russian nights frozen without a fire because of these Soviet bombers. 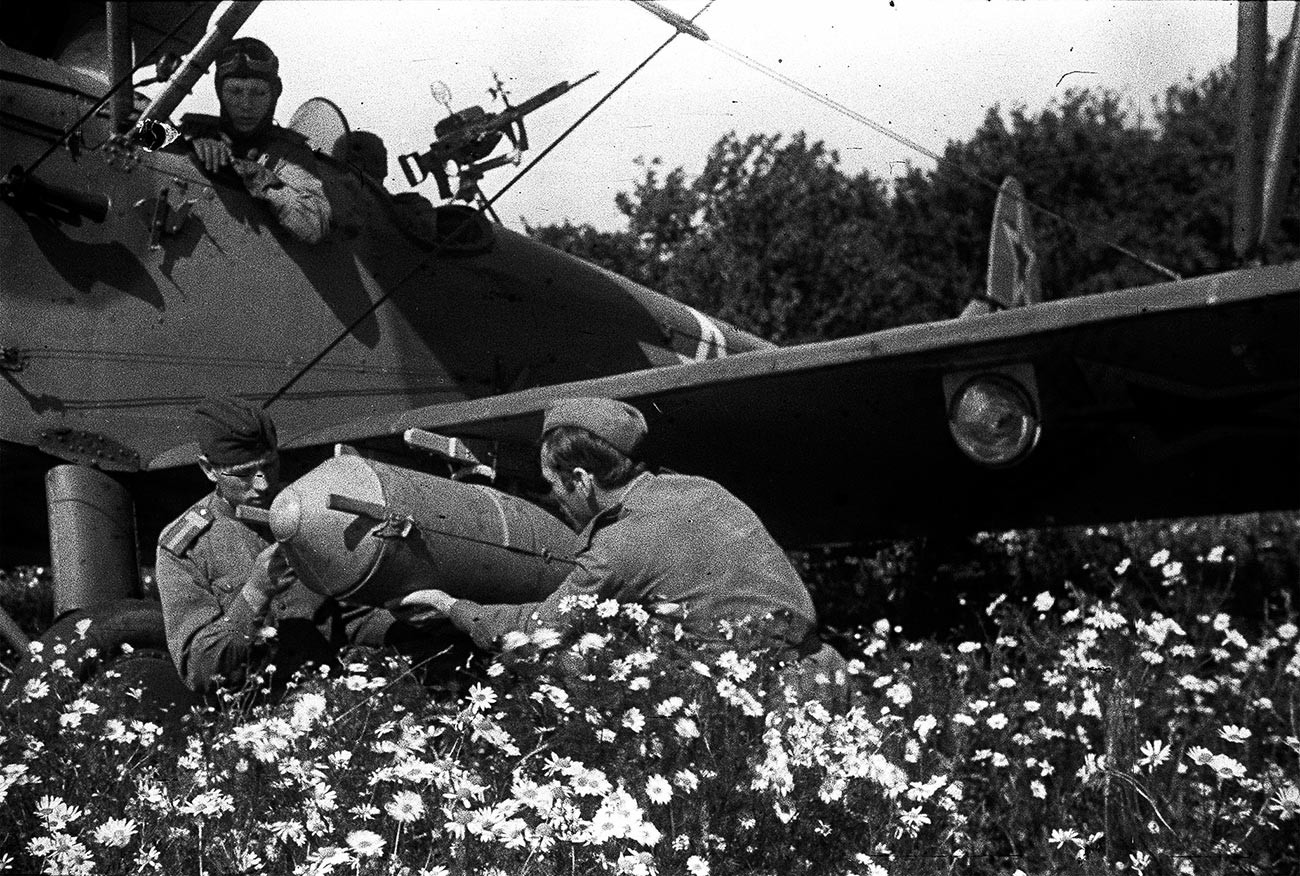 “Po-2 aircraft didn’t allow Germans to sleep during the nights. A long roar in the skies, z bomb explosion, then a roar again. Sometimes, searchlight beams would locate it, and the whole German defense would fire at the aircraft, but it continued to fly like it was bewitched...” recalled the infantry Sergeant Yuri Kozhin: “Their accuracy was amazing. Once, during a moonlit night, I was in no man’s land. A Po-2 flew over and dropped a bomb that exploded just 160 feet away from me. My first reaction was - you are hitting our troops! But then I realized - the German front lines were there!” 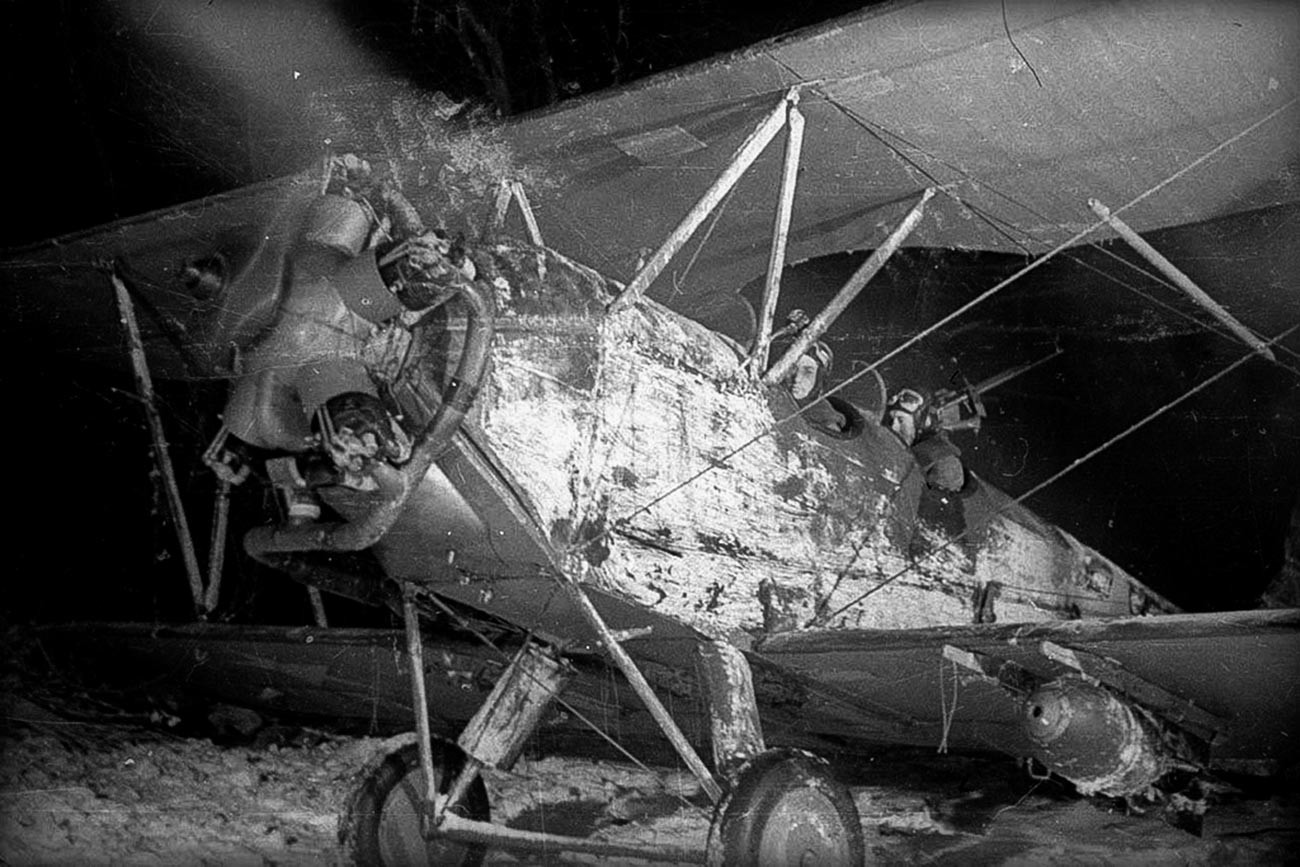 One of the most effective Soviet units which fought in the Po-2 was the 46th ‘Taman’ Guards Night Bomber Aviation Regiment, consisting of female aviators. Nicknamed the ‘Night Witches’ by the Germans, they destroyed 17 crossings, 46 ammo storages, 86 pillboxes, 9 trains and 2 railway stations. Throughout the war, the regiment lost 32 pilots and 23 became Heroes of the Soviet Union. 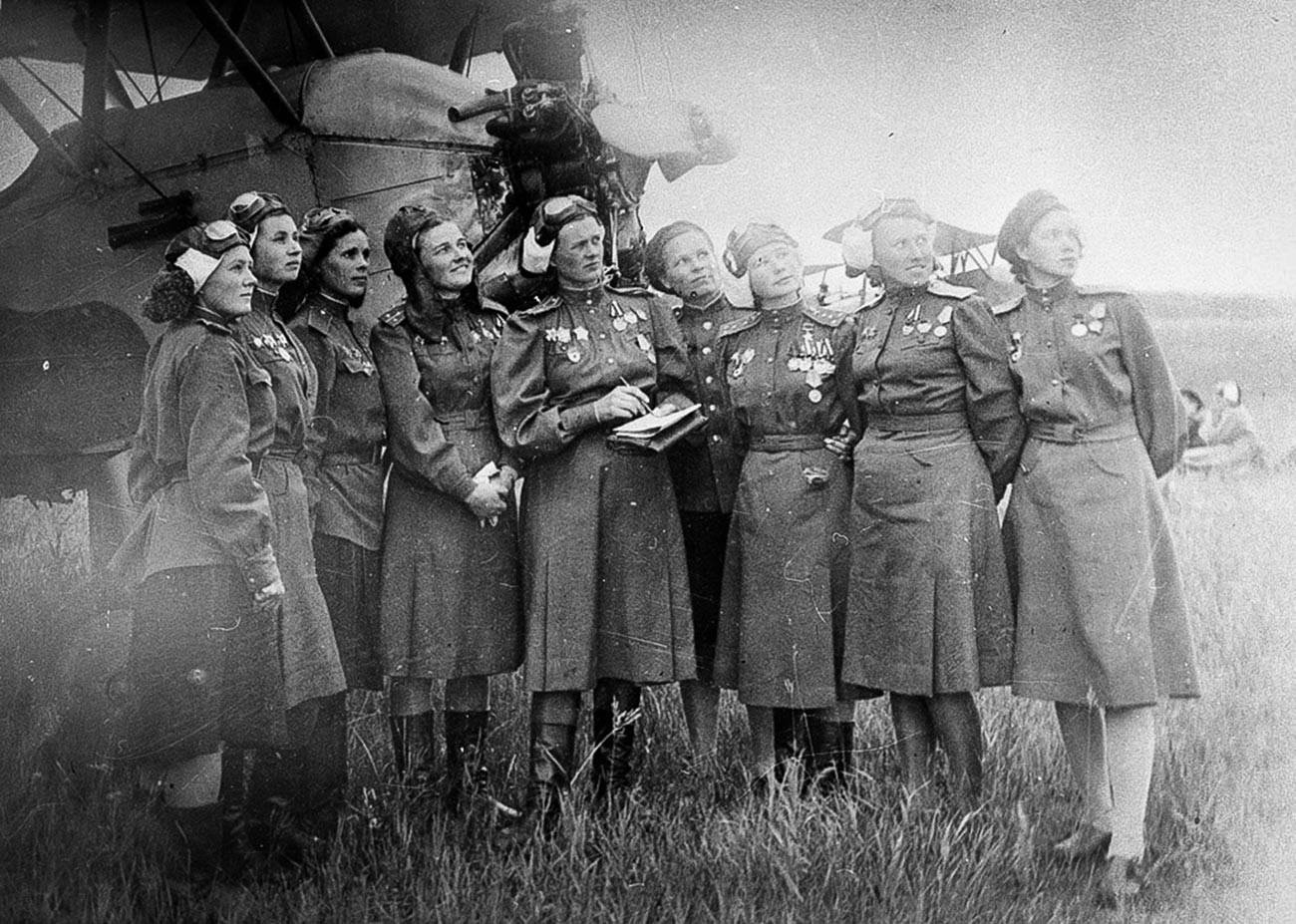 ‘King of the air’, as Po-2 was also nicknamed, was very cheap to produce and easy to repair. With over 33,000 units built, it became one of the world’s most mass-produced aircraft at the time. Its production stopped only in 1954, when the era of jet aircraft was already in full swing. 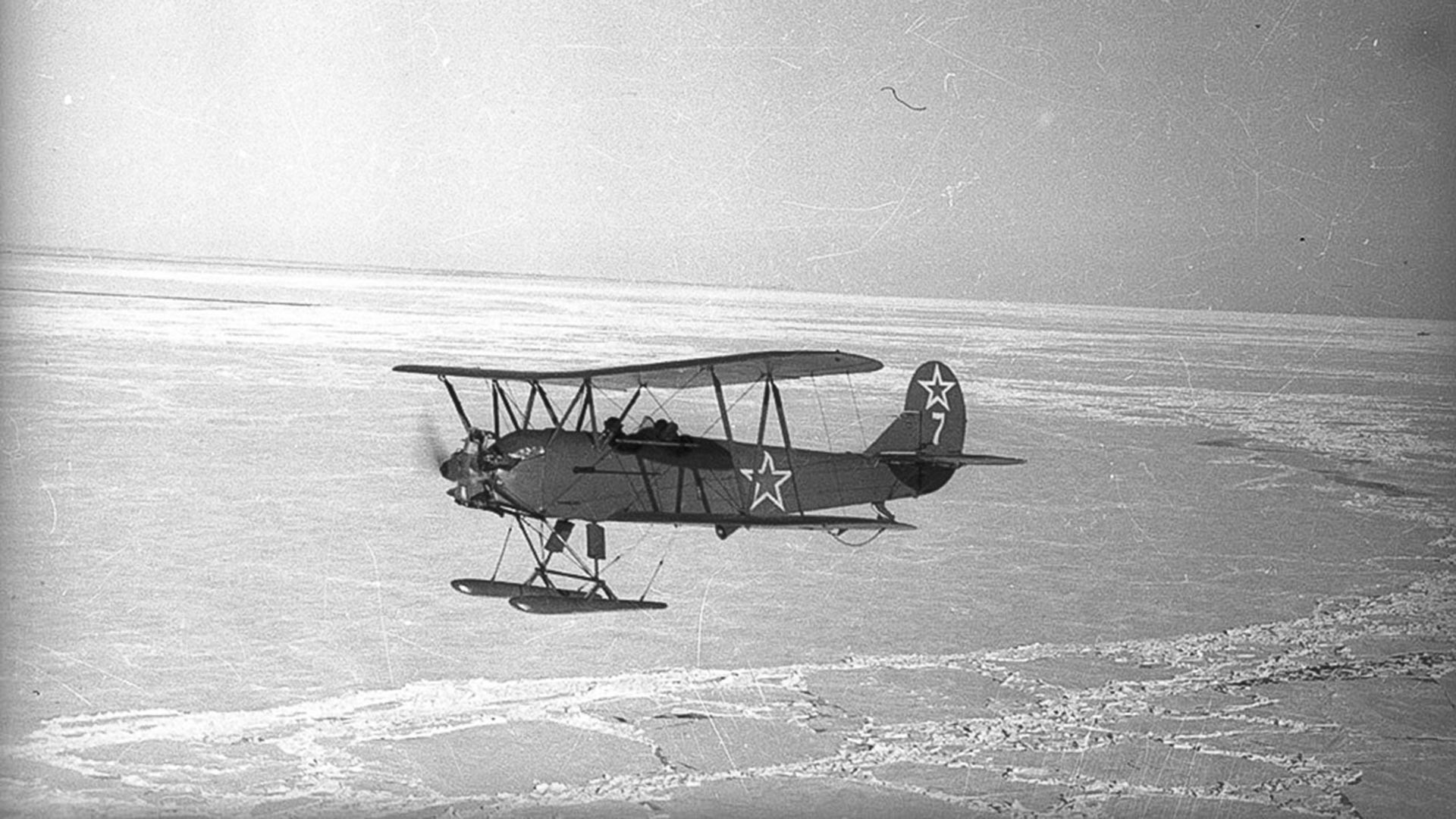 An interesting fact is that the Po-2 is the only biplane in history that celebrated victory over a jet plane. During the Korean War, the F-94 interceptor was hunted down by the Soviet aircraft. Trying to attack it from behind, the American plane was forced to slow down its speed less than 100 mph, which ended in it stalling and crashing. 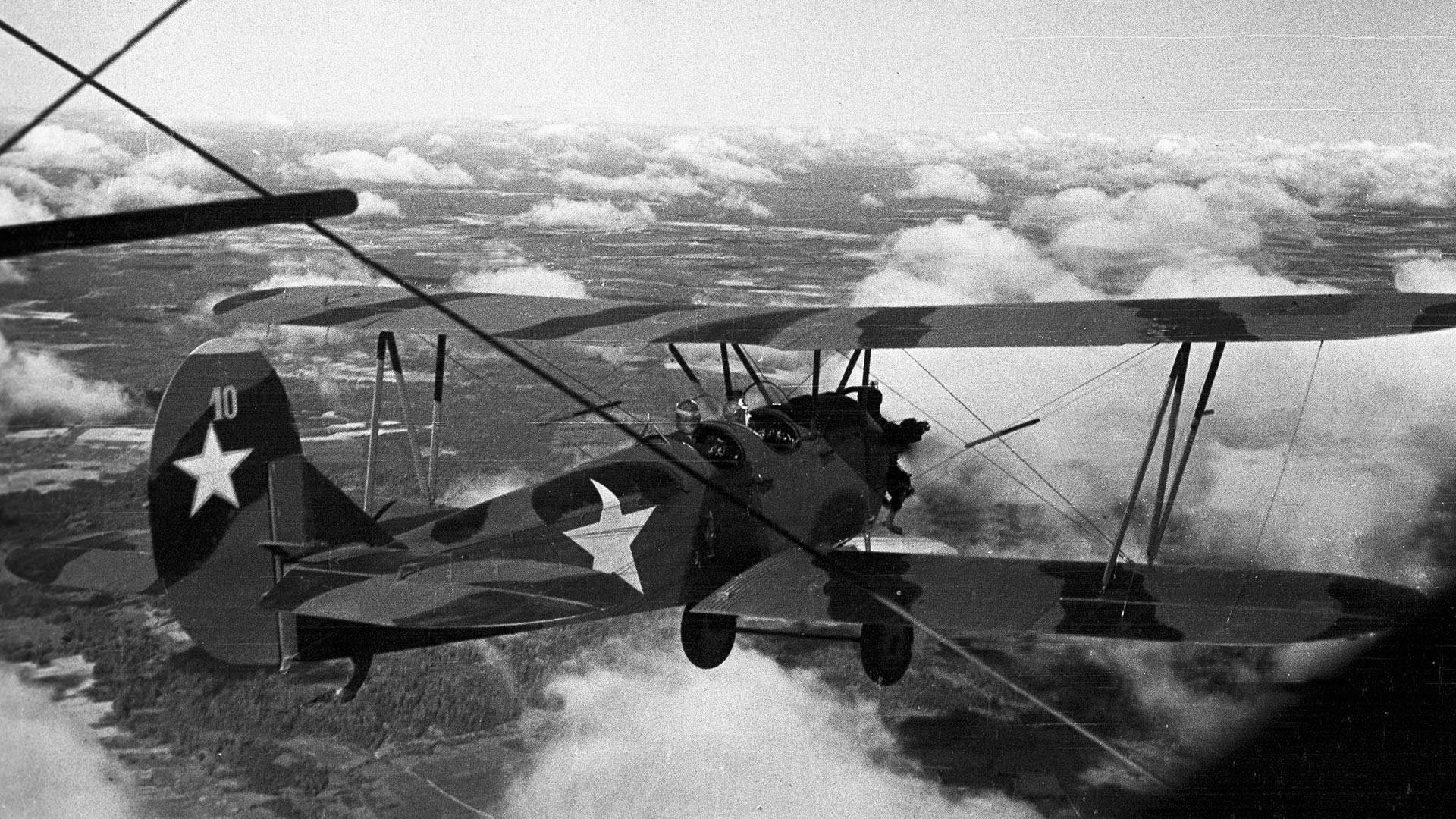