History
Boris Egorov
These planes were able to surpass even those of the technically advanced Luftwaffe. They did so despite the grievous losses Soviet aviation suffered early in the war. 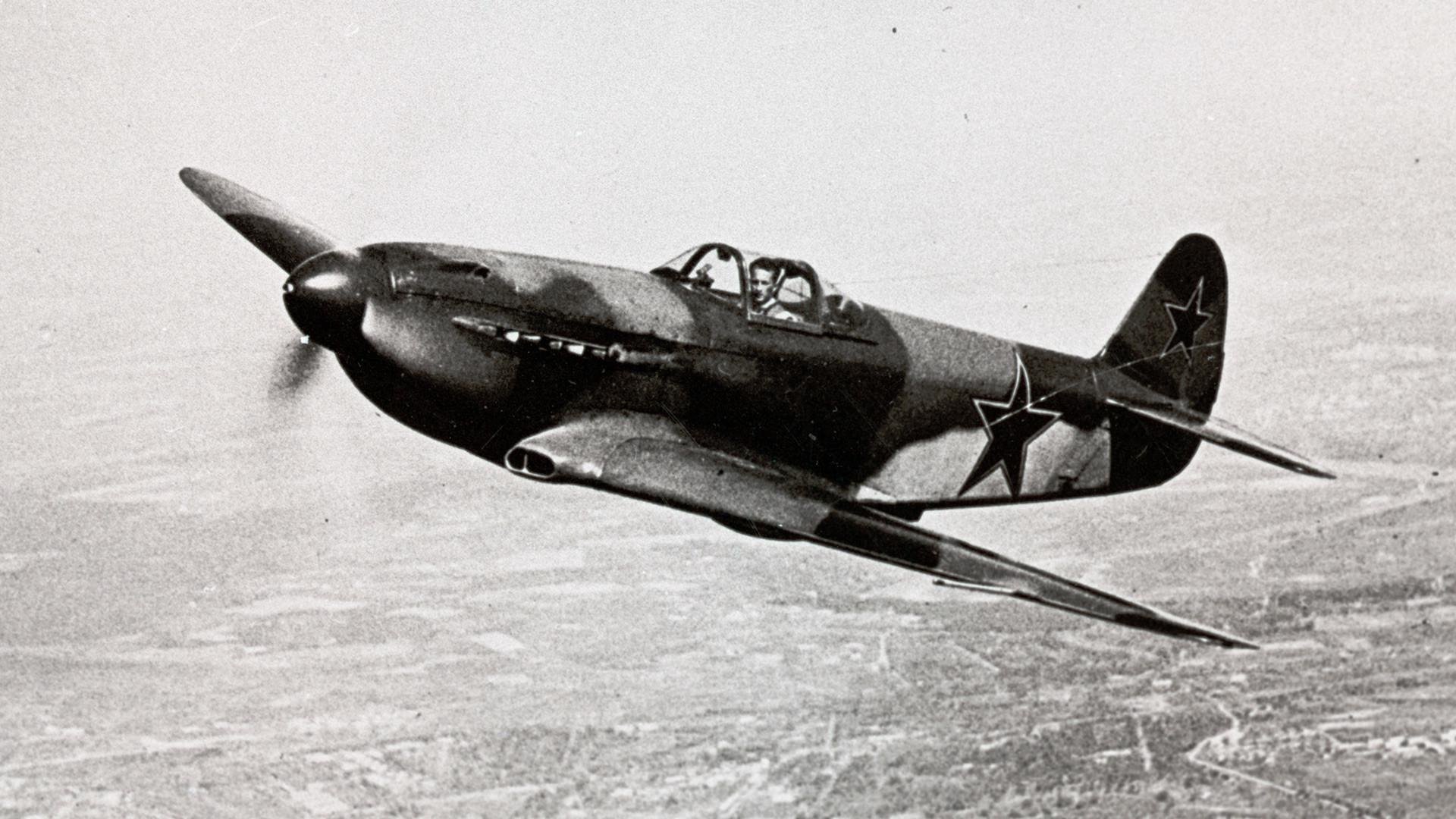 From its first appearance in the skies over the battlefields in 1944, the Yak-3 became a true headache for German pilots. The lightest (over two tons) fighter aircraft of WWII, it had impressive characteristics of speed and maneuverability.

The Yak-3 was evenly matched against the German Bf 109 and Fw 190 fighters, but sometimes could also perform the impossible. In one dog fight on 16th July 1944, 18 Yak-3s faced 24 German fighters. As a result of the clash, the Soviets lost just one machine, while 15 enemy aircraft were shot down.

The aircraft was praised not only by Soviet pilots, but by foreigners as well. French pilots from the Normandie-Neman air regiment, which fought in the Soviet Union against the Nazis, preferred these aircraft to any other, even to British and American ones, which the Soviets received via Lend-Lease. After the war, to help restore its air force, 37 Yak-3’s flown by French pilots were presented by the USSR to France. 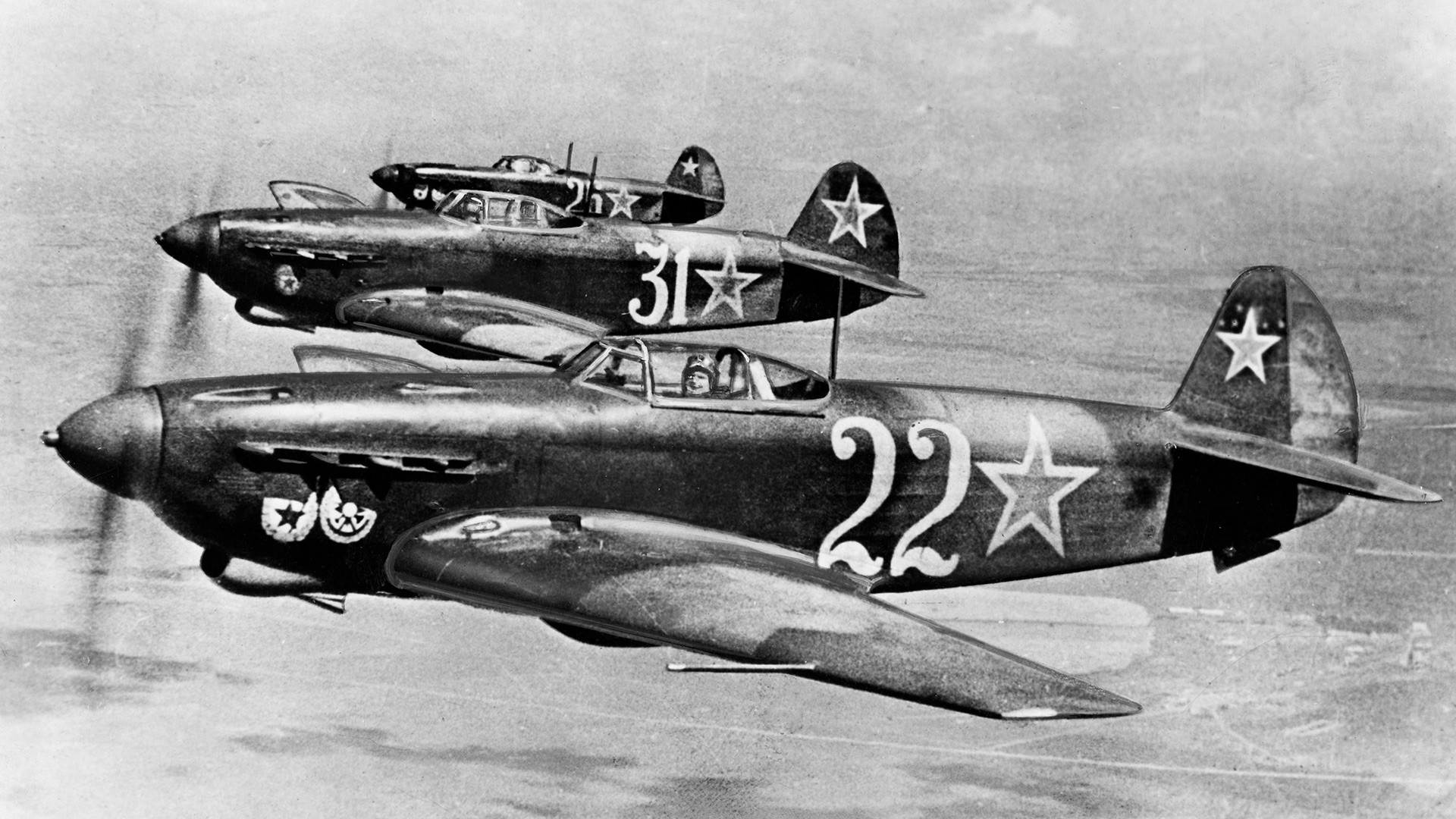 “I fought against all types of Soviet fighters, including those supplied under Lend-Lease, and the Yak-9 was the best,” Luftwaffe ace Gerhard Barkhorn said. With 16,769 fighters completed by Soviet factories, it became the biggest Soviet mass-produced fighter of WWII.

The main advantage of this reliable, maneuverable and simple to fly Soviet fighter aircraft was its universality: 15 modifications of the fighter went into full production during WWII. Among them were fighter, fighter-bomber, reconnaissance, courier and special purpose aircraft.

Most of the Yak-9 aircraft were armed with 20 mm ShVAK cannon with 120 rounds and a 12.7mm machine gun. Yak-9T (“Tank”) was, however, a much more deadly weapon. With its 37 mm gun it could destroy an enemy fighter with just one precise shot. A pilot had to be a true sniper, since its magazine was limited to just 30 rounds.

Yak-9U (“Improved”) was the latest modification of the aircraft with a new engine, which gave it an amazing speed. “Yak-9U is better than Yak-1 and Yak-3, it has better maneuverability, and maximum speed - 450mph! A pair of Me-262 (the world's first operational jet-powered fighter aircraft) attacked one. They flew in to attack our airfield, and I took off. I didn’t hit them, but kept them away from the airfield,” recalled Konstantin Zvonarev, a pilot of the 11th Guards Fighter Aviation Division. 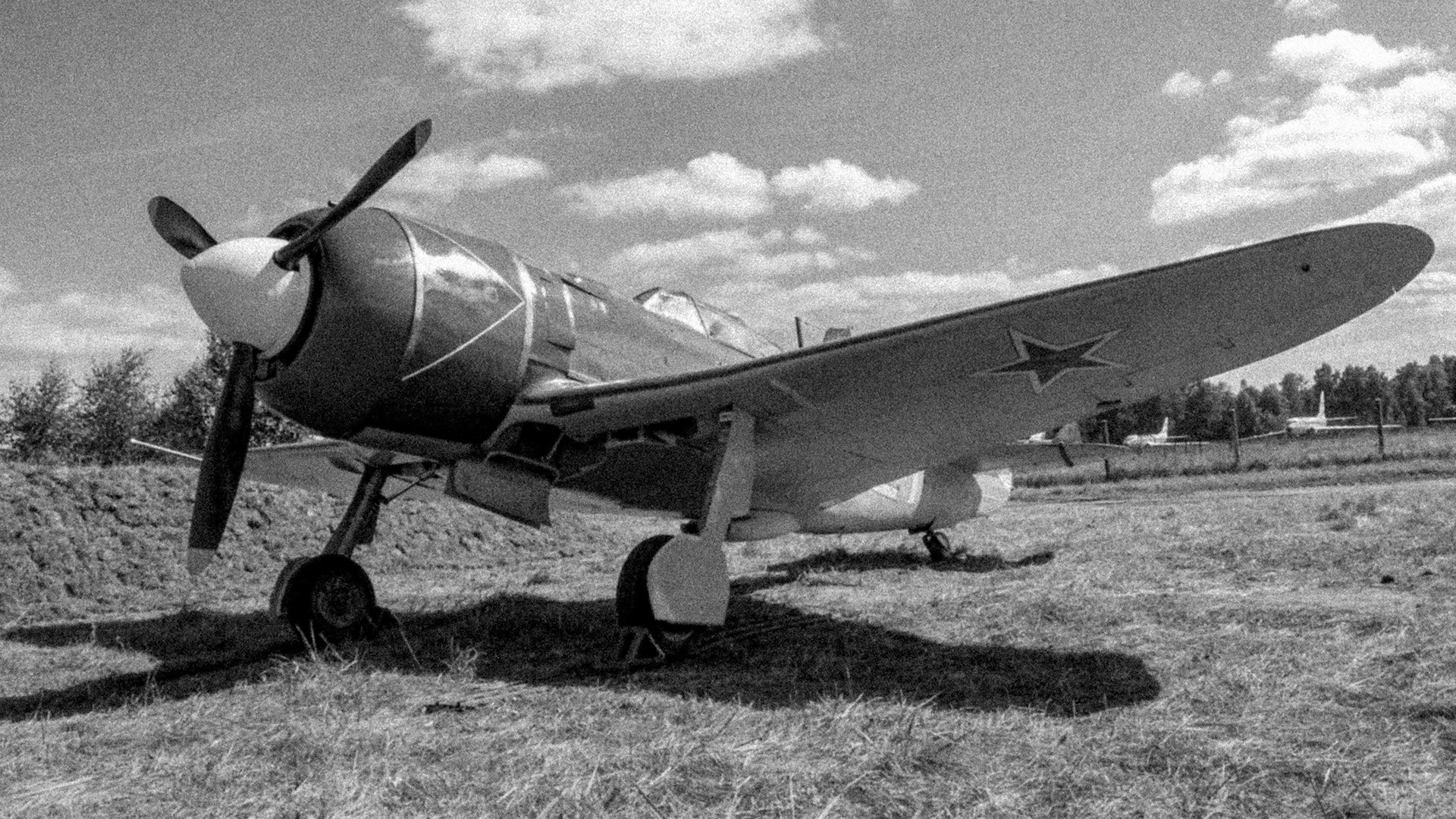 At the final stage of WWII, the Lavochkin La-7 was superior to most of the Soviet, American and German fighter aircraft at heights of up to 16,500 feet. Armed with two 20 mm ShVAK cannon, it had few difficulties in dealing with its main competitor - the Fw 190, which had lower performance specifications than the Soviet fighter except for dive speed.

With the La-7 the Soviet command filled the ranks of their best Guards Air Regiments. The Germans reacted by sending their best pilots to oppose these mighty Soviet aircraft. For instance, the elite German wing Jagdgeschwader 54 (JG 54), to which such “celebrities” as Otto Kittel (267 kills) and Walter Nowotny (258) belonged, was often redeployed to frontline zones where the La-7 served.

A top piston aircraft, the La-7 claimed the first “jet kill” as well. In February 1945, Soviet ace Ivan Kozhedub shot down a German Me-262 jet fighter-bomber in a dog fight over the Oder River. 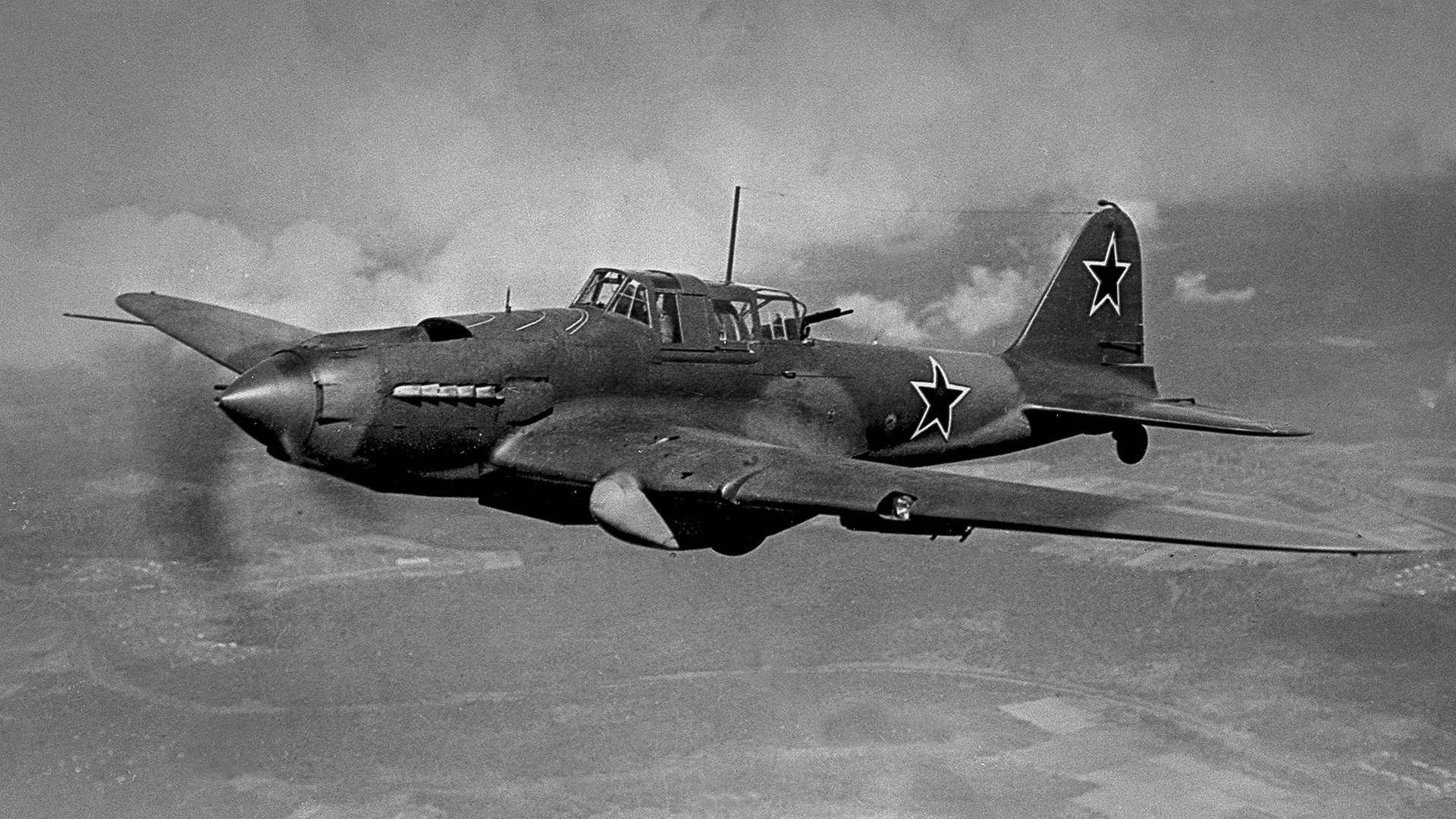 Very simple in design, it was easily manufactured by Soviet industry. With 36,183 units, the Il-2 became the biggest mass-produced combat aircraft in history.

These well-protected Soviet ground-attack aircraft had a reputation for surviving the worst the enemy could throw at them. Quite often, Il-2s peppered with hundreds of holes from small calibre anti-aircraft artillery rounds successfully returned on the airfields.

The “Flying Tank” had its downsides. Fully armed with two 23 mm (or 37 mm) guns, rockets and bombs, an Il-2 weighed over six tons. Such heavy aircraft were too clumsy for good aerial maneuvers. Besides, gunners suffered from poor protection, which led to high losses for them. Statistically, for each pilot killed seven gunners died. 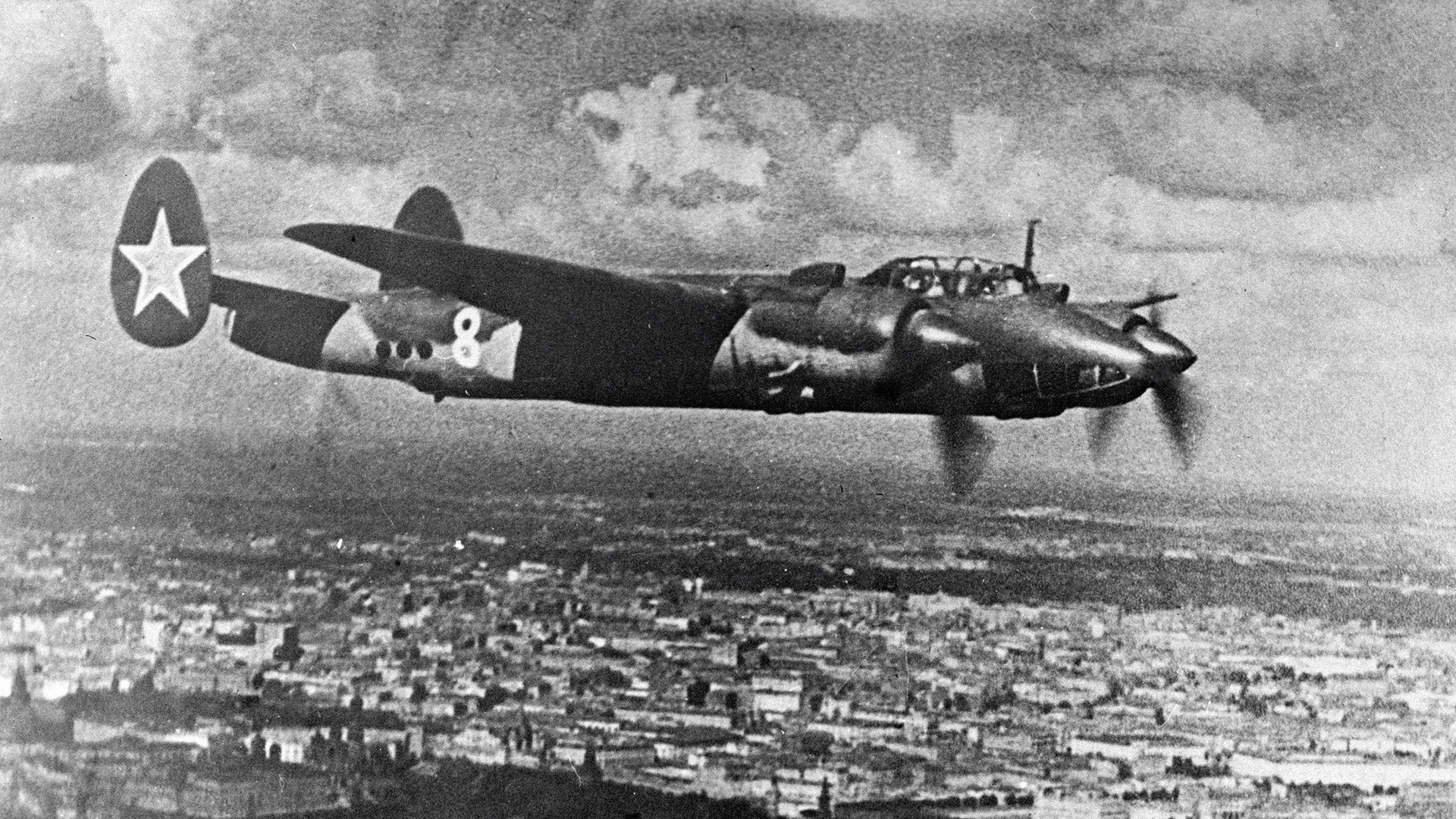 “This was a good - even perfect aircraft -  but it came too late. If it had entered service one or two years earlier, the war would have ended several months sooner. This was a powerful aircraft. And the Pe-2 was absolute rubbish,” said Alexey Batievsky, a pilot of the 9th Assault Aviation Division of the Baltic Fleet’s Air Force, reflecting about the Tu-2 frontline bomber.

Although it made its first flight in 1941, production of Tu-2s was stopped after just 80 units in favour of Yak fighters. Production was only resumed in 1943, and in the next year the aircraft appeared over battlefields en masse.

Much easier to control than its main partner aircraft, the Pe-2, a Tu-2 could carry up to three tons of bombs (Pe-2 - just one ton). And it was better protected. Its two 20 mm ShVAK cannon and three 12.7 mm machine guns didn’t allow Bf-109 fighters to come close.

The Tu-2 played a crucial role in destroying the German Group Center during Operation Bagration, the Soviet offensive against German forces in Byelorussia in the summer of 1944. It was used in massive waves in the bombing of Konigsberg (now Kaliningrad) and Berlin. Finally, it helped the Red Army to destroy Japan’s Kwantung Army in Manchuria.