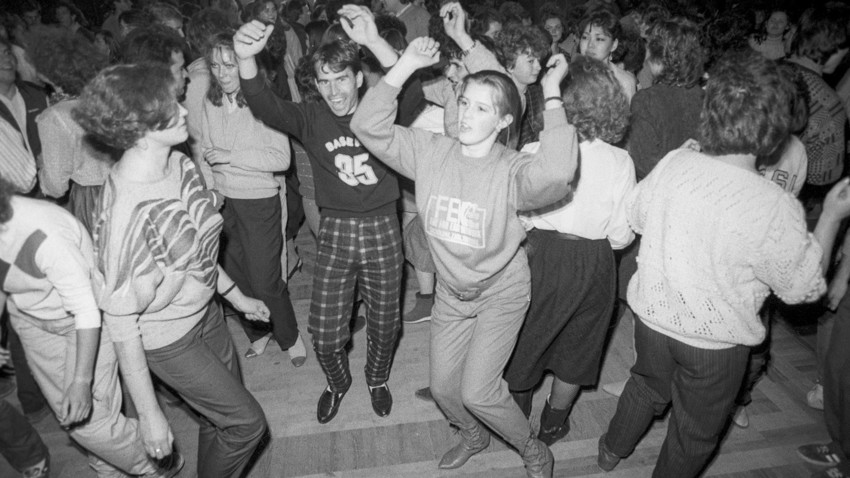 Sergey Subbotin/Sputnik
Ah, the glory days of Soviet disco: the dress codes, the ubiquitous police presence and the inevitable drunken fights! Still, these social gatherings were everyone’s favorite way to let off steam - and get their love life in order.

For many citizens of the Soviet Union, discotheques, or simply - ‘dances’, were a special pastime - one they remember fondly to this day, in which nightclubs are now far more liberal and welcoming of all, and you no longer have to make much of an effort to get in to just dance to some good music. Back then, getting in was as difficult as getting hold of that famous Soviet baloney, which was in huge deficit at the time. It was a full-blown event. 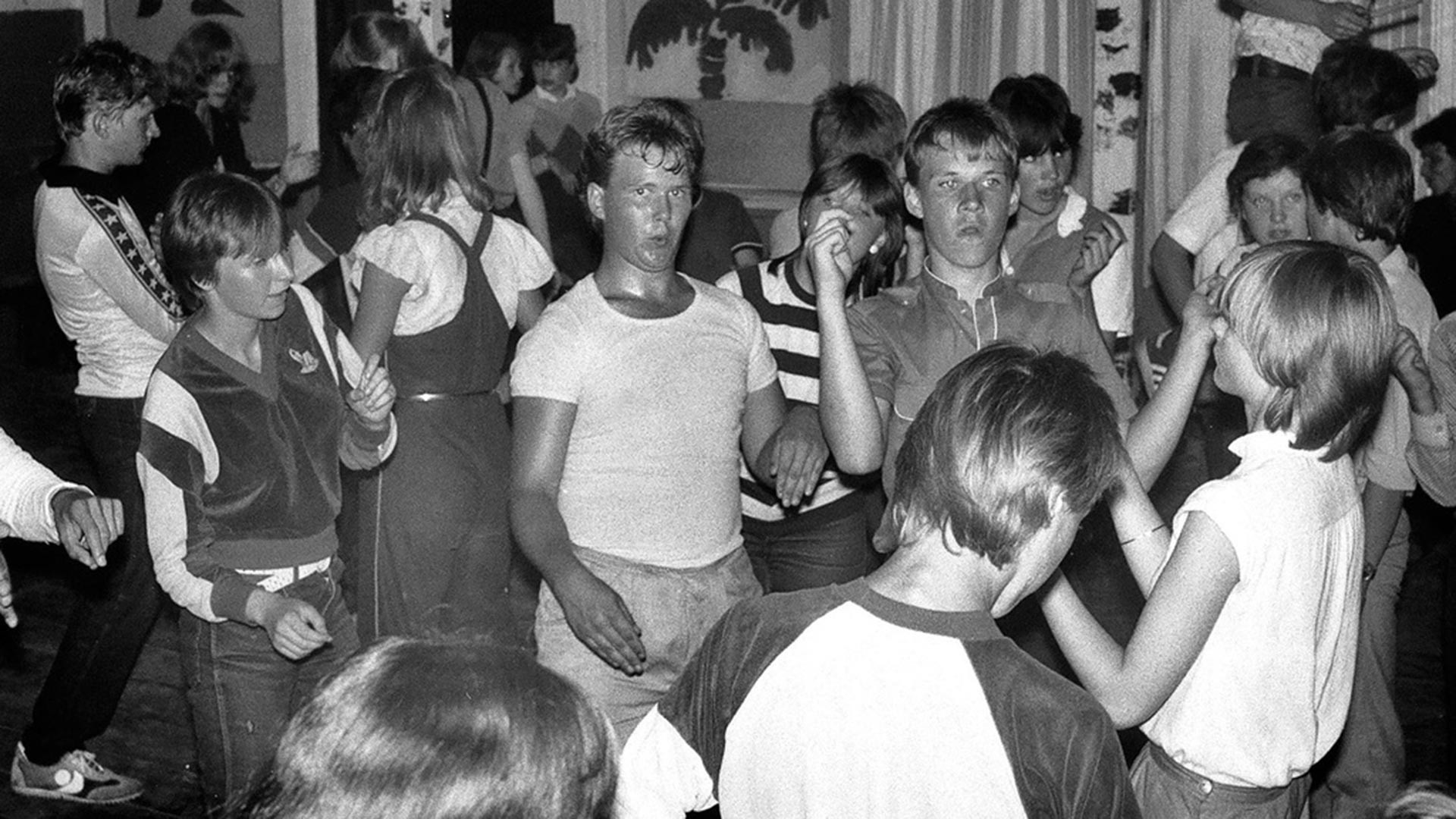 Arkadiy still remembers what it was like in the 1970s: “We would be asked to agree on a playlist in advance, and providing translations of the names was mandatory, as well. The Italians in vogue in those days - and we knew what ‘Felicita’ was; the word ‘Festra’ we basically made up the translation for: ‘Fortune’. It worked. ‘Acapulco’ was a different story, however. The school principal - also our chemistry teacher - demanded proof the ‘Acapulco’ wasn’t an anti-Sovet rallying cry or a type of Nazi salute. We had to run over to the Geography classroom and get the Atlas to prove it.” 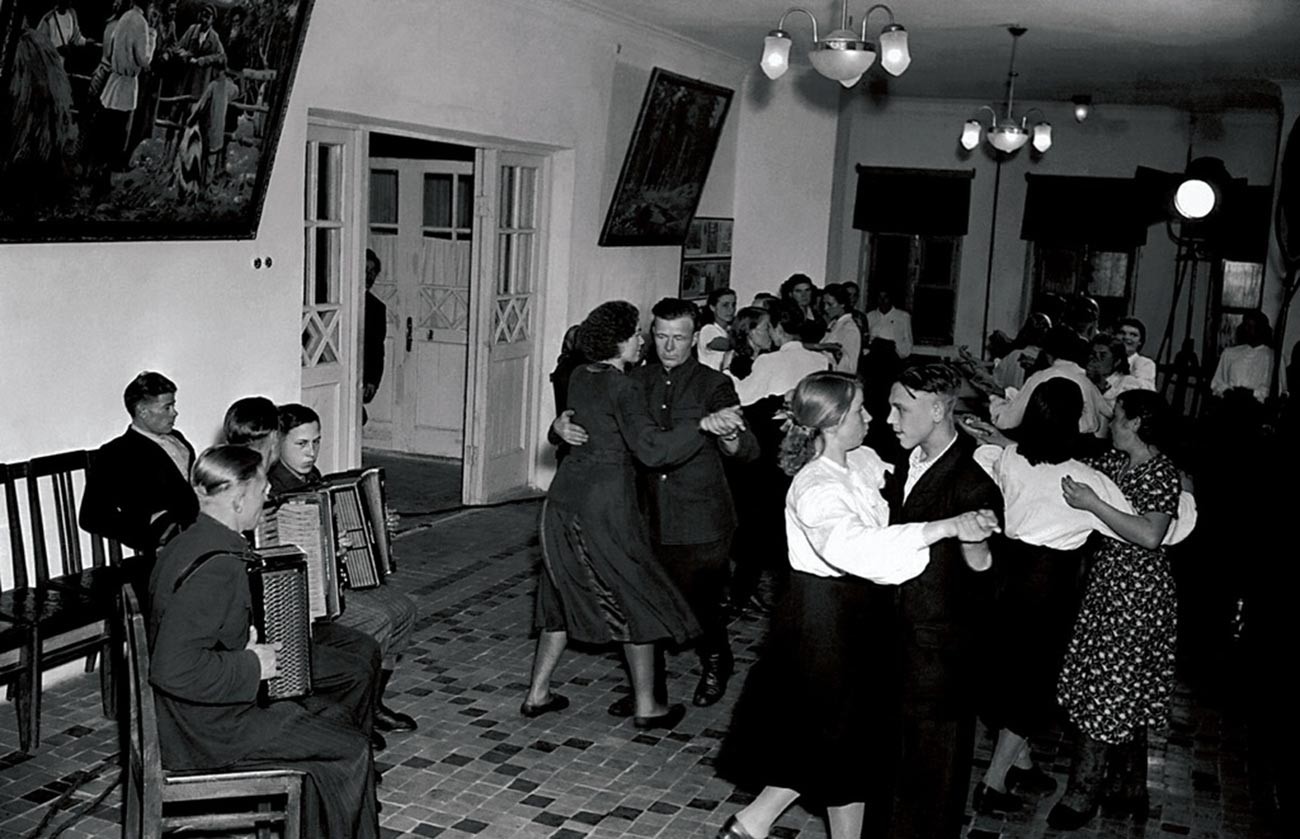 Nevertheless, even harmless school dances didn't exist at one point. First, there were the ‘dance floors’, with live music and an atmosphere reminiscent of pre-revolutionary balls: men and women would gather separately. The theme of the night, the order in which things took place - all of that was decided in advance. It was the 1930-40s, when events were referred to as “evenings of dance”. 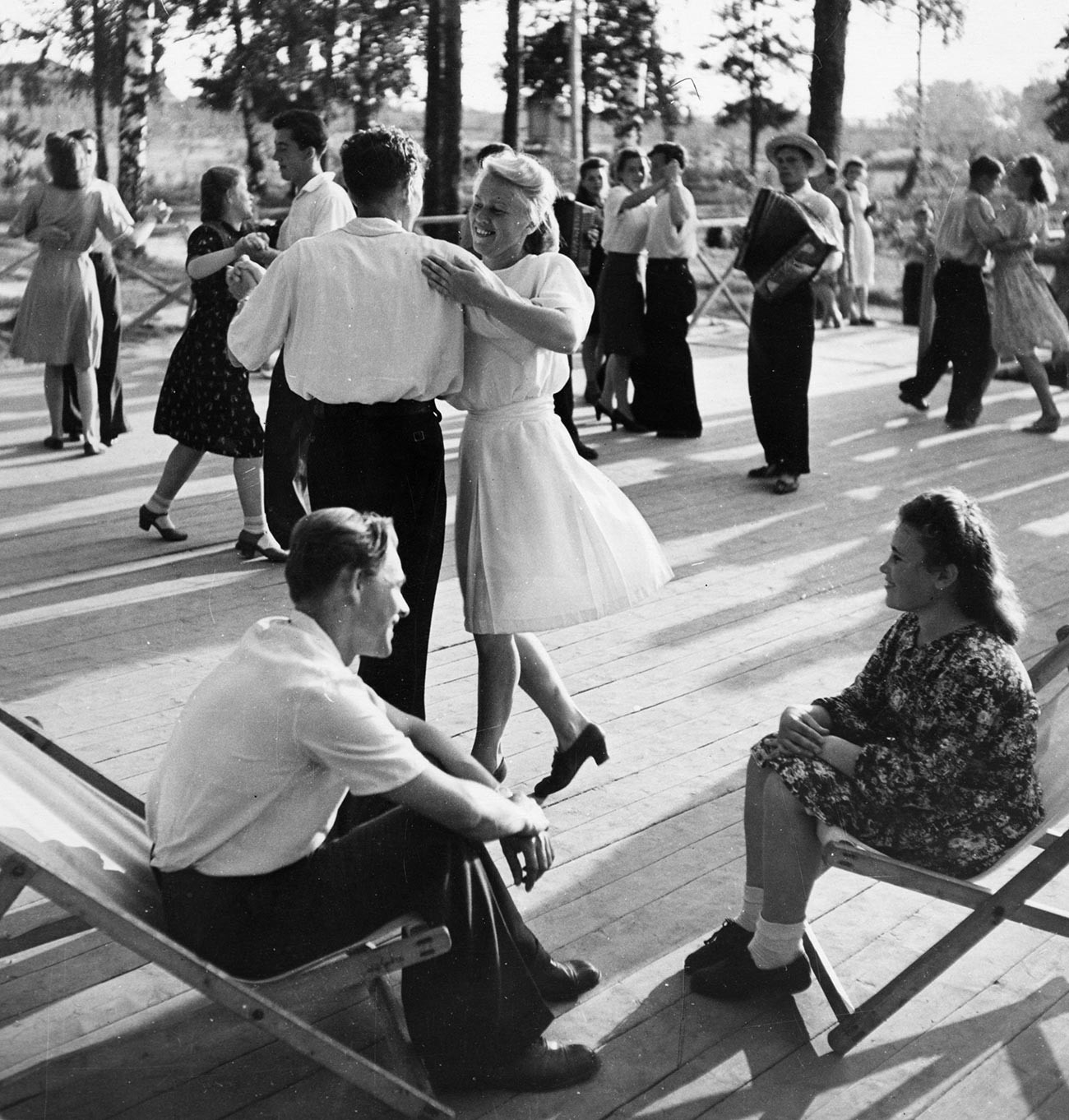 The events would take place in cultural centers and clubs. During the summer, they’d move to parks, under the open sky. 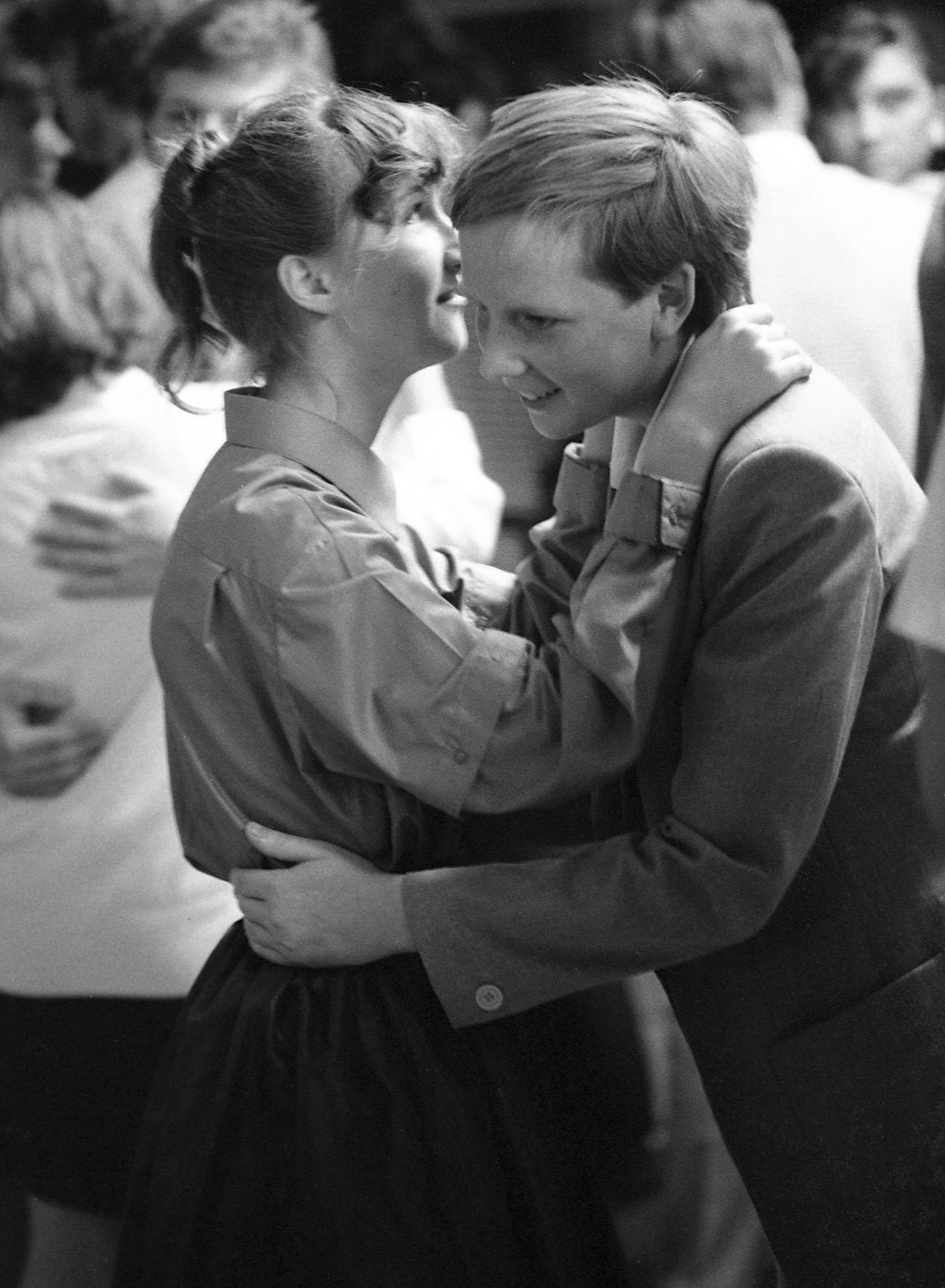 Every aspect of Soviet life was regulated to the extreme, and dances were no exception. “Dancing in one’s work clothes or sportswear was forbidden. So was dancing in ways that broke convention (whatever that meant). The dancer had to perform all their moves with proper form, everyone had to do it with precision and in a uniform way, the left leg and the right. Smoking or just having a laugh was to be done in special areas,” such were the rules of the ‘dance floor’. 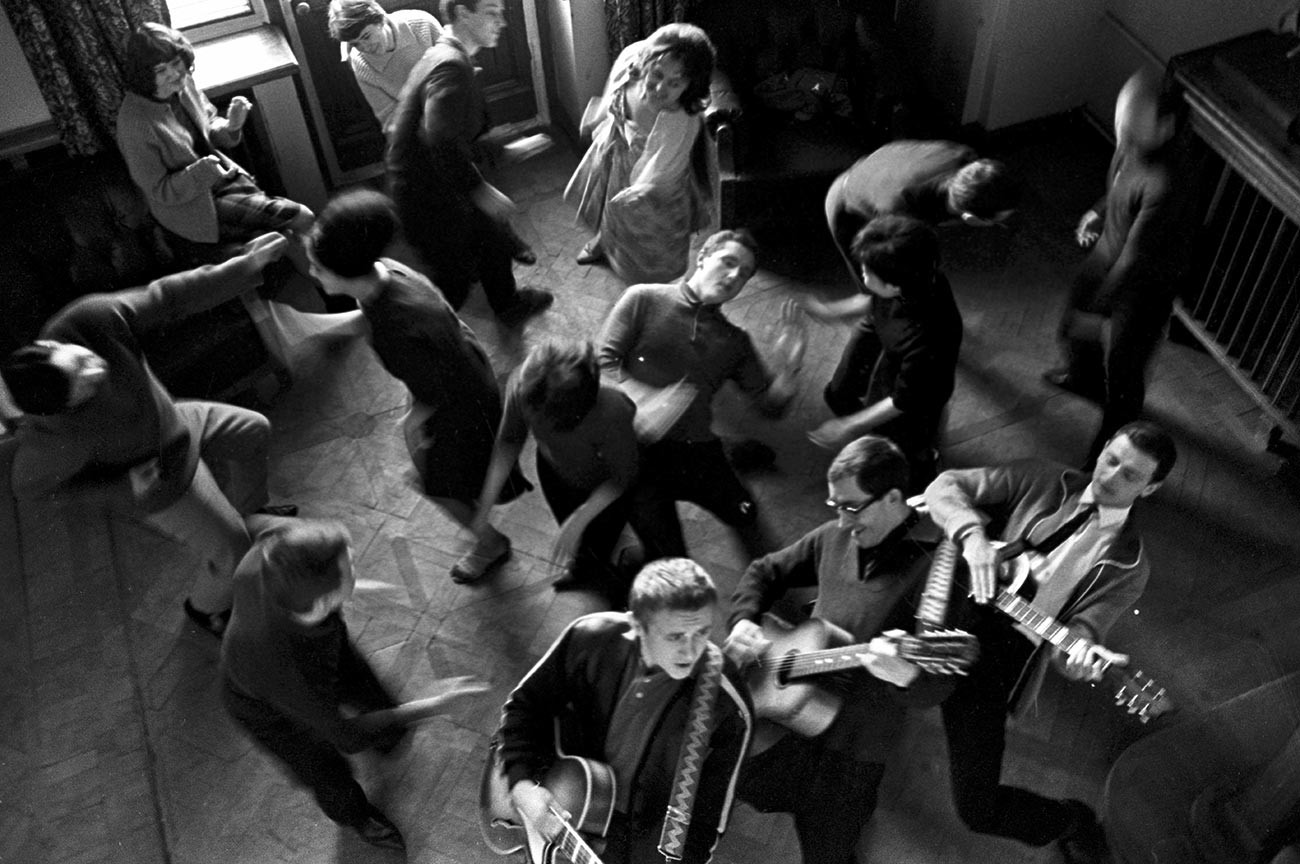 With the 1960s and the politics of the thaw, the events became slightly more democratic. Style started making its way into the public consciousness - people were rebelling with slightly more bright and daring clothing, although men could still be thrown out of the dance with flared trousers and long hair. The same fate could befall women who wore “provocative” clothes and makeup. 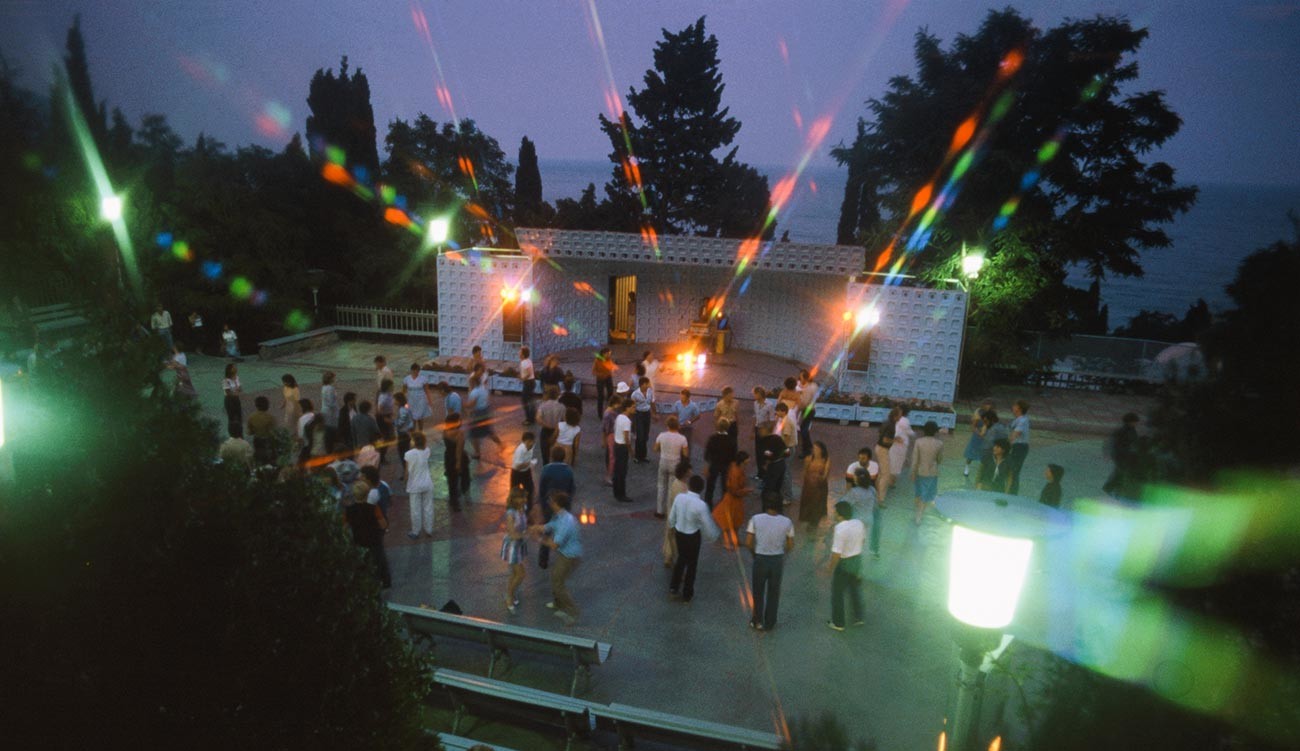 The territory of the dance was fenced off and a paid entrance was set up. Those who did not wish to pay would climb over. The police would be on the lookout for the “illegals”, often going to elaborate lengths to prevent them from entering - like smearing the fences with oil. 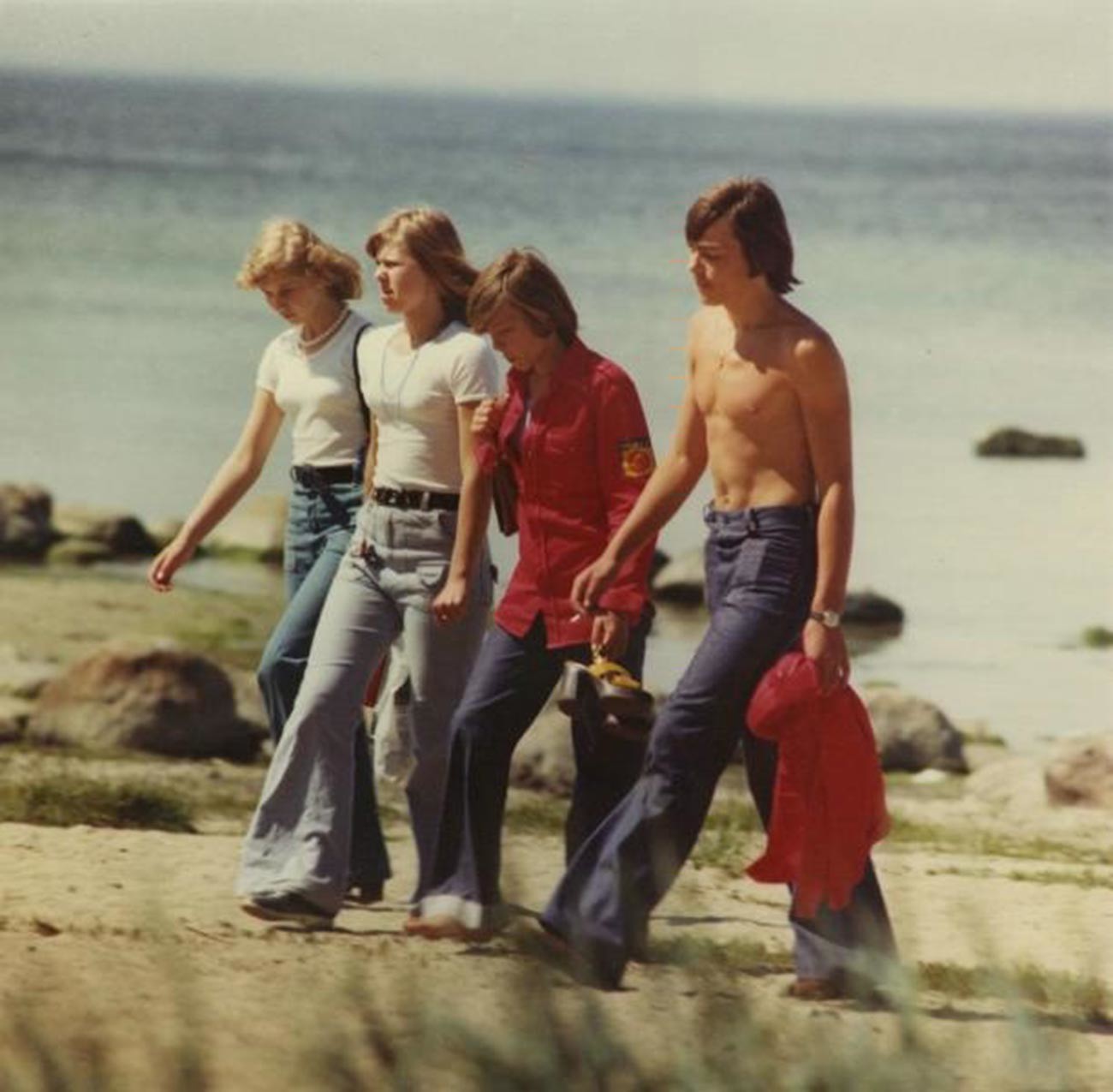 By the time the 1970s rolled around, people had begun to look like this. 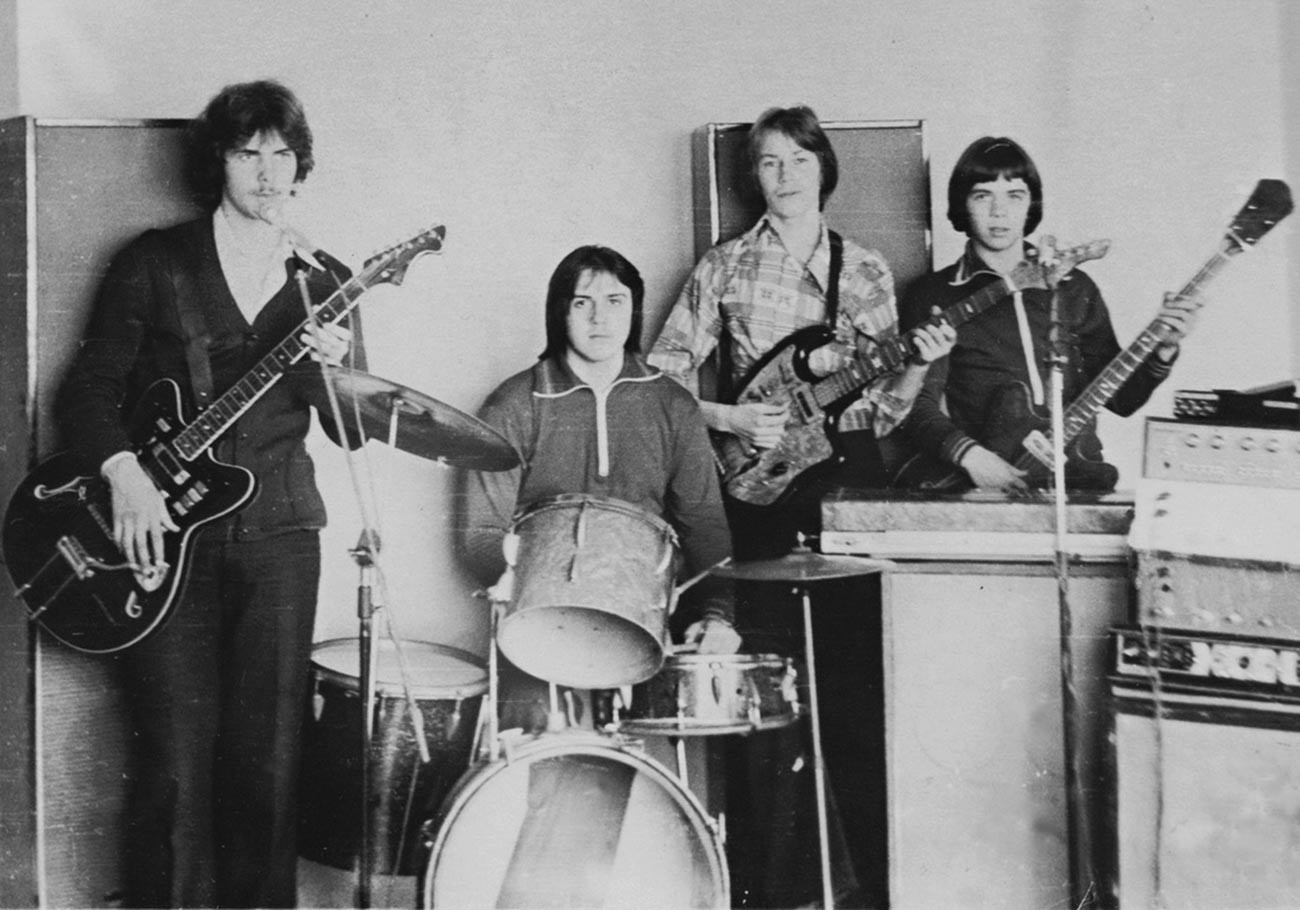 The first bands started to appear in the USSR - with the mandatory prefix ‘VIA’ (“vocal-instrumental ensemble”). They were trying to copy Western music as much as possible, despite being quite unique in their own right.

There were almost no Fender or Gibson guitars in the USSR (only musical elites had them, paid for in foreign currency out of the state’s pocket, by way of special government orders), so many ‘VIAs’ played Soviet-made instruments, which were often referred to as ‘shovels’, ‘paddles’, ‘oars’ or ‘firewood’ (owing to the often subpar sound quality). 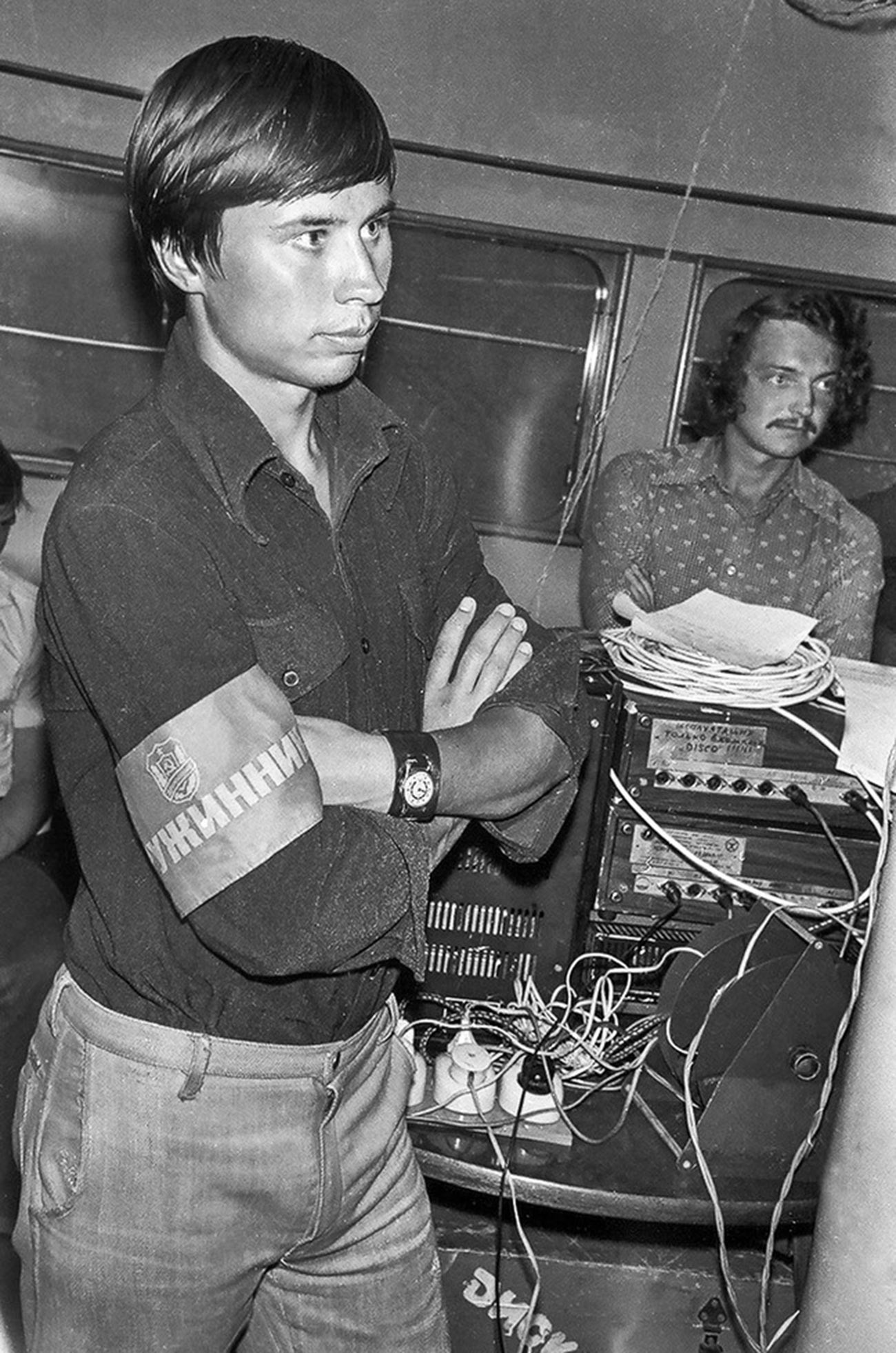 The Communist Party and administrative authorities thoroughly surveilled the scene, always on the lookout for “propaganda of promiscuity” and other forbidden behaviors, should any unwanted messages creep up in the music. According to a LiveJournal user, “First off, there were no ‘decadent songs’ by any underground collectives. I don’t quite remember all the details, but there were a couple of songs that the girls really liked, which were blacklisted - ‘Girl in a Bar’ and ‘Remember, Girl?’.”

Democratization continued its march, and by the 1980s, the Soviet scene was experiencing a Golden Age of disco: every school, technical college and university in the country had their own dances. Cassette players started to appear, as well as other equipment. The controls of an ‘advanced’ DJ looked something like this... 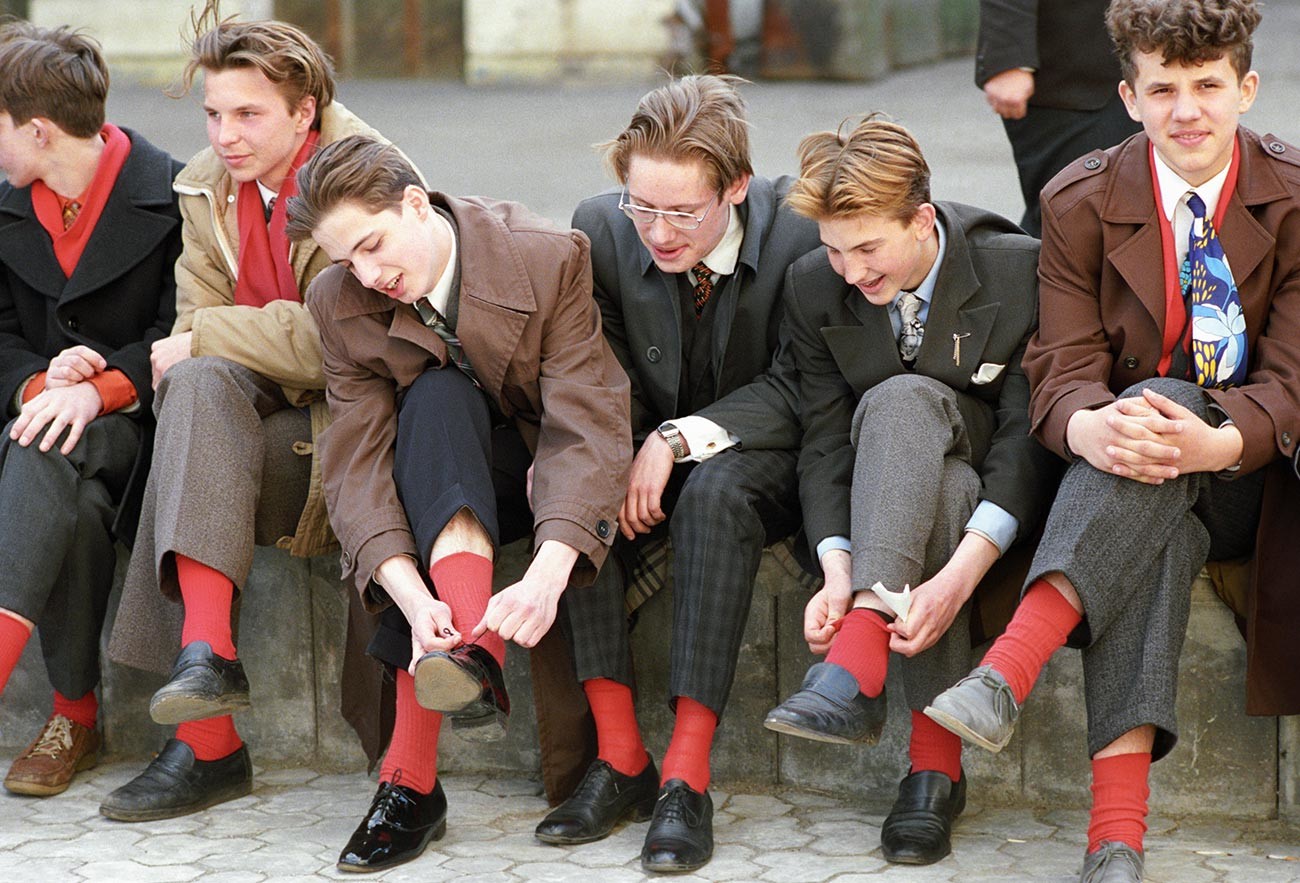 Officially, censorship didn’t disappear anywhere, but it was being ignored with increasing frequency. Samovars and teapots had begun to contain strong alcohol. Fighting was becoming a common occurrence, as well. “You didn’t go to a dance alone. There was always a crowd, but while girls could afford to go in pairs, the boys always had to travel in small groups, lest a fight break out! And they did, quite frequently. Especially, at the behest of the local boys on whose territory the dance took place.” 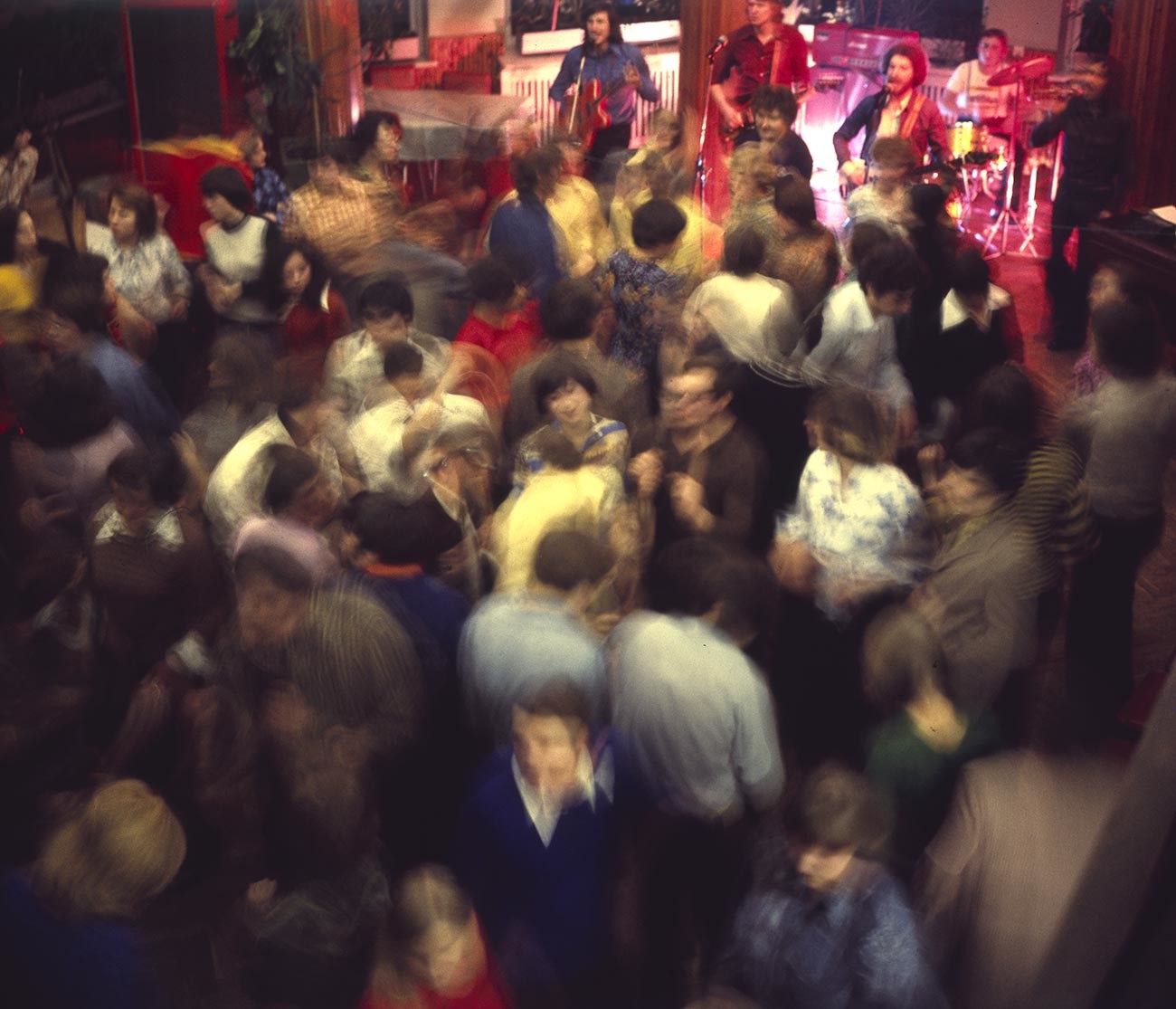 By that moment, everyone was trying to find a way to get in. The age of the guestlist had arrived. Some of the hottest events took place at the ‘Inturist’ hotel (where foreign tourists stayed). An average Soviet citizen could never get into one of those bars. They were, however, frequented by undercover KGB operatives, high-class sex workers and the Communist Party ‘nomenklatura’ (bigshots). 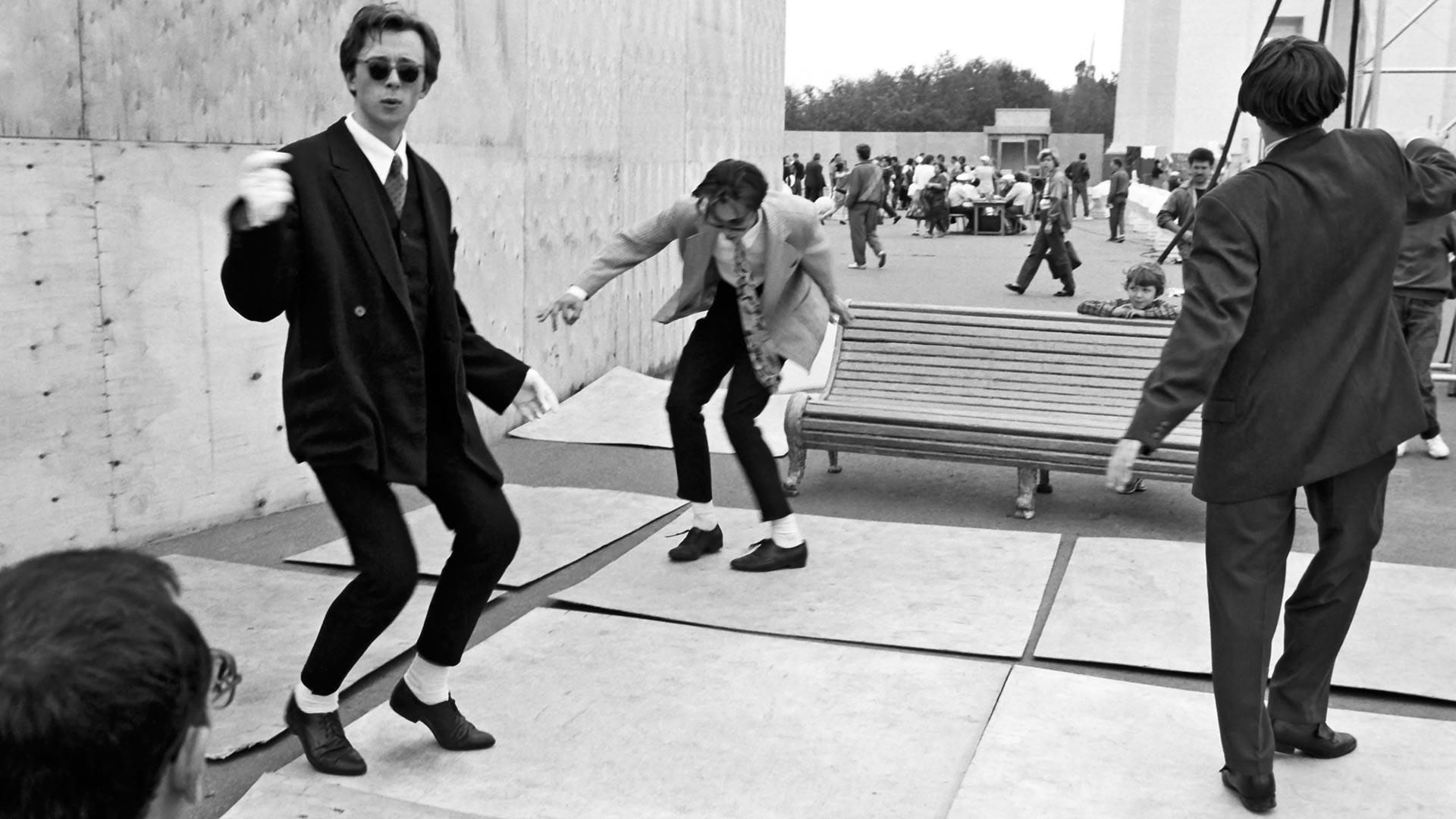 Ordinary people had little choice but to contend with the same cultural centers and local dancefloors they’d had for about 40 years by that point. Although, foreign culture, with its cool music, was neither special, nor controversial by then. Dances were now allowing black market trading to fester: Western clothes and other hard-to-get items - vinyls, jeans, foreign cigarettes - were literally being sold under the table. Discos had become a space for early alternative culture, as well as private commerce.