How the Americans took credit for a Soviet victory against Japan 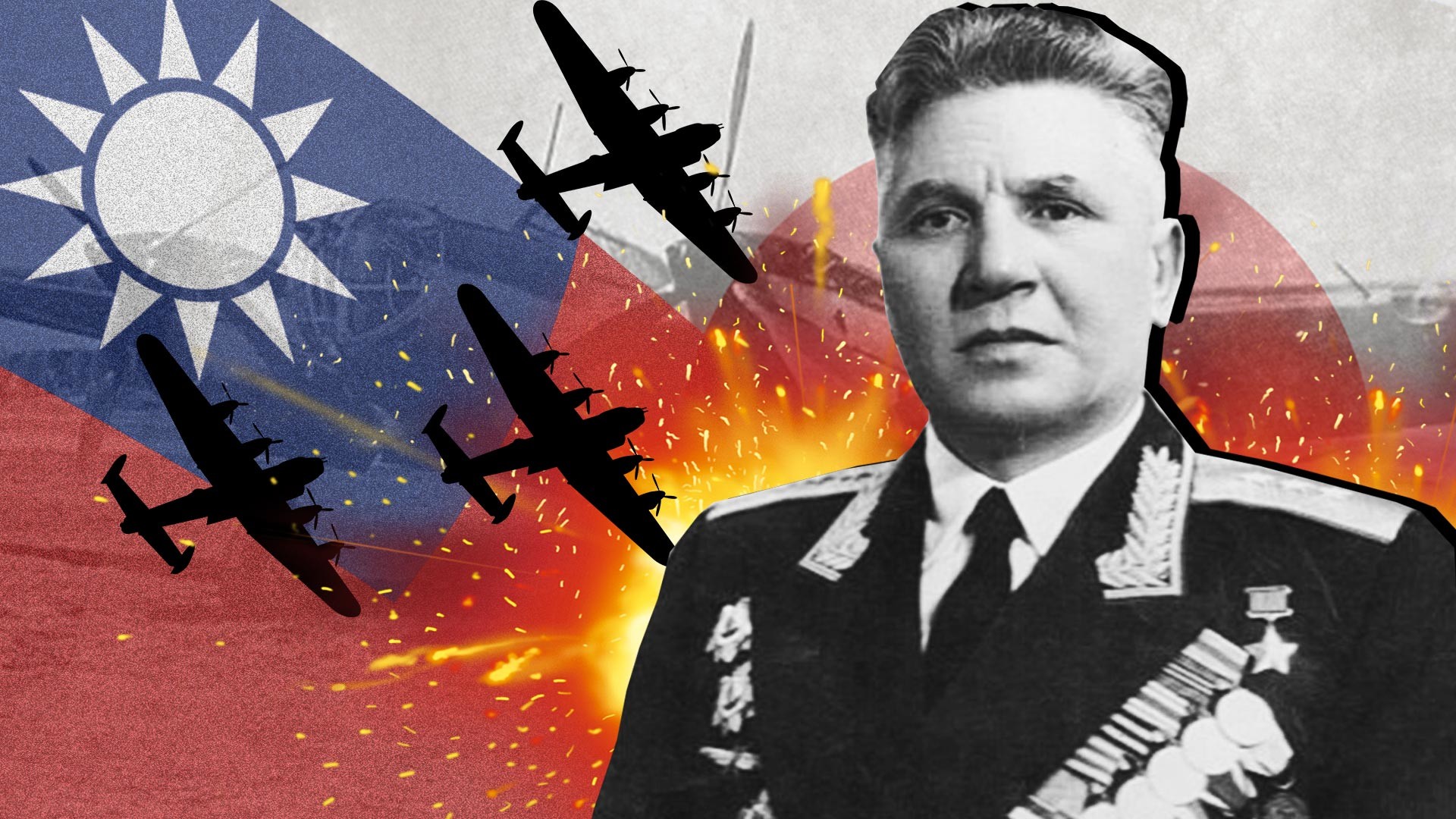 Archive photo; Public Domain; Russia Beyond
In 1938, the Americans took credit for an unprecedented Soviet air raid on a Japanese air force base in Taiwan that impressed the whole of China. The USSR, however, not only didn't take offense, but it was actually quite pleased about the situation.

While the Third Reich was still building up its strength in the West to fight for more "living space for the German people", Japan was already fully engaged in creating a Greater East Asia under its own domination. In 1931, the Japanese invaded China’s Manchuria province, where the puppet state of Manchukuo was soon set up. In 1937, a full-scale war broke out between the Empire of Japan and China, which called into question China's very existence and sovereignty. 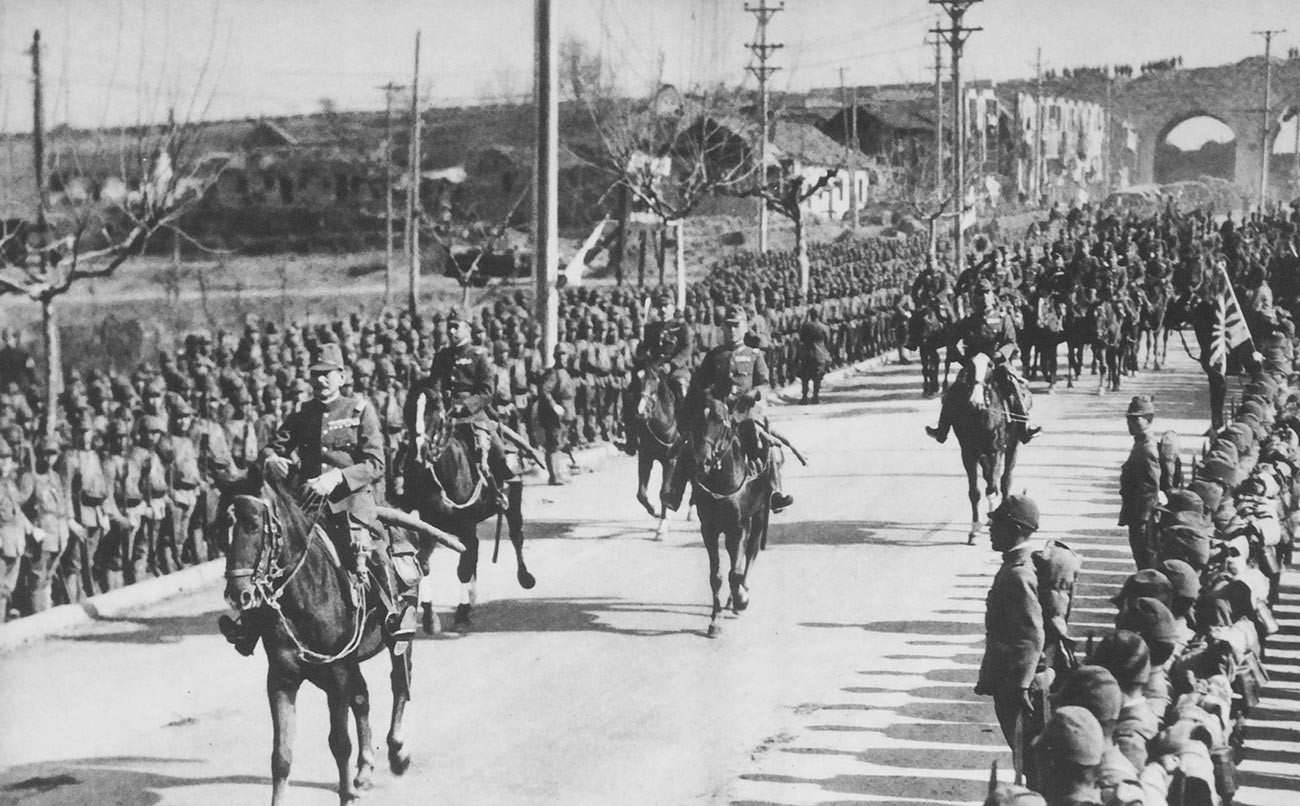 The Soviet Union watched Japanese expansion with alarm, rightly believing that sooner or later it would spread to its own Far East. In these circumstances, the Soviet leadership made peace with its long-standing foes - the Kuomintang ruling party of the Republic of China and its leader Chiang Kai-shek.

The hostility between the two countries stemmed from the support which the USSR had for many years provided to the Communists of Mao Zedong in their struggle against the Kuomintang. Japanese aggression, however, forced both sides to come to the negotiating table.

As a result, an agreement was reached on Soviet military supplies to China. During the so-called Operation Zet the Chinese received more than 80 tanks, 700 motor vehicles, more than 600 artillery weapons and about 400 machine-guns, as well as other supplies. 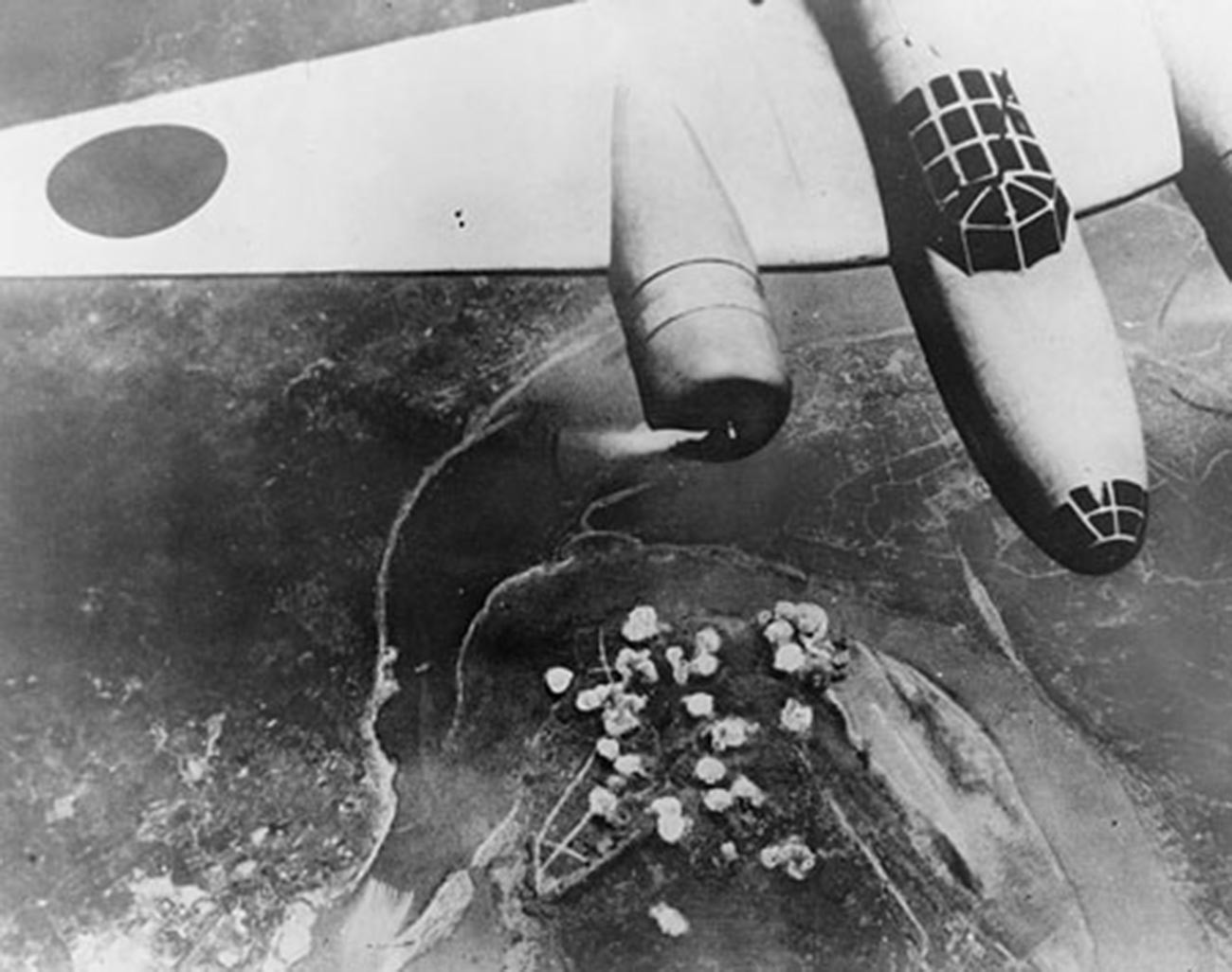 Aircraft constituted the most important part of the deliveries. China's obsolete planes had been almost immediately obliterated by the more advanced Imperial Japanese Army Air Force and this allowed the latter to gain air supremacy and bomb Chinese cities with impunity. To rectify matters, the USSR put more than 300 I-15 and I-16 fighter planes, as well as about 150 SB and TB-3 bombers, at the disposal of the Kuomintang during the war’s initial stage.

In the defense of China

At the request of the Chinese government, Soviet military air crews started arriving secretly in the country. Experienced pilots, some of whom had already taken part in the Civil War in Spain, were not only involved in training local servicemen, but also actively joined the fighting against the Japanese. To avoid diplomatic rows with Tokyo, the Soviet airmen were listed as volunteers in documents or used Chinese names to hide their identities. For instance, the commander of the Hankou airborne bomber group, Fedor Polynin, was known as Fyn Po.

The first Soviet airmen arrived in China in November 1937 and immediately joined the battle with the enemy. Although outnumbered many times over by the Japanese, they took to the skies four or five times a day to defend Chinese cities.

After the Japanese air force suffered considerable losses in the skies over Nanking, which was then the Chinese capital, as well as thanks to precise and devastating air strikes mounted against their airfields near Shanghai, the Japanese realized they were now dealing with a more dangerous and better prepared enemy. The nonchalance that had previously governed their actions was now followed by caution. But even this could not have helped them prepare for the unprecedented Soviet strike on Taiwan (then known as Formosa).

The attack on the Matsuyama airfield near the main Taiwanese city of Taipei was planned for Feb. 23, 1938 as a “present” to the Japanese on the 20th anniversary of the Red Army. At the time it was one of the biggest air bases of the Imperial Japanese Army Air Force. Tokyo was certain it was out of reach of the enemy.

Twenty-eight SB bombers with Chinese air force markings were set to take off from Hankou near Wuhan, located almost 1,000 km from Taiwan. A second group of 12 planes with mixed Soviet-Chinese crews was to leave from Nanchang, closer to the Formosa Strait. 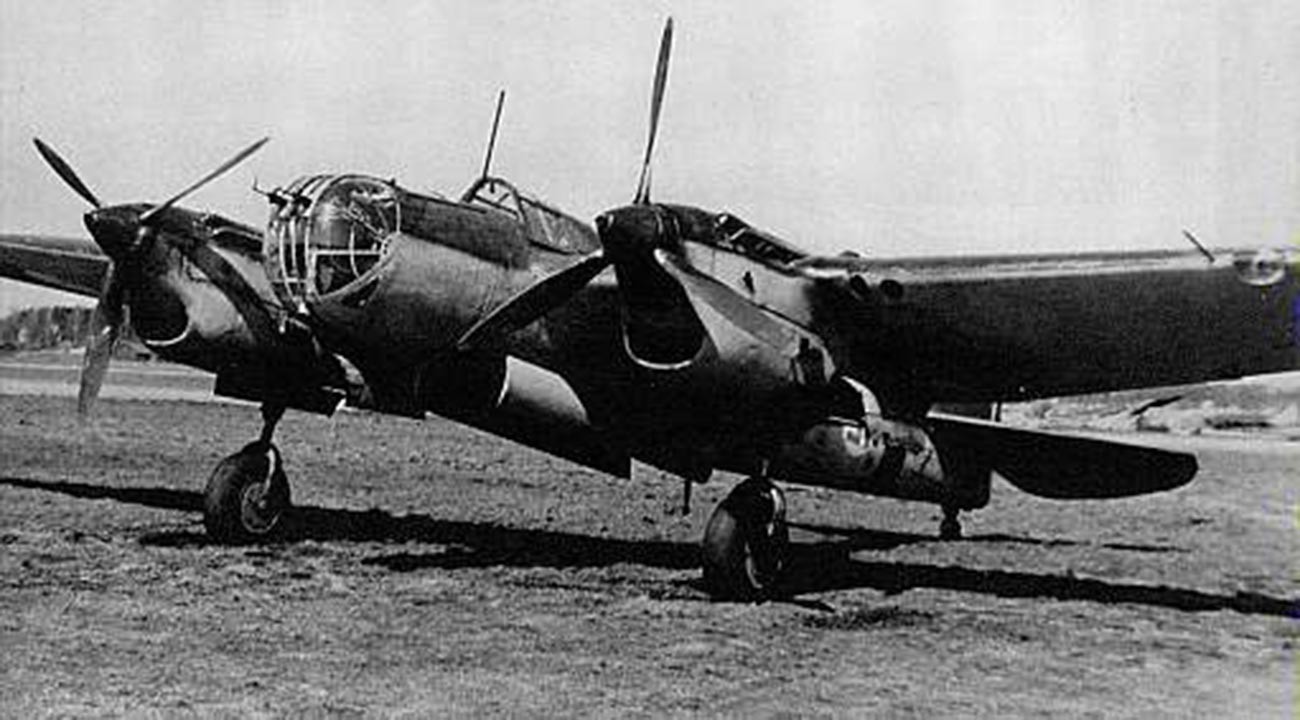 The raid was almost aborted before it had even got off the ground. Early in the morning, when the aircraft were ready to set out, Japanese bombers appeared in the sky near Hankou. "An unpleasant chill ran through my body. If they hit us, the aerodrome would be blown to smithereens. Our aircraft were filled to the brim with fuel, and the bombs were mounted in position. If the ack-ack didn’t chase them away, all would be lost," the raid’s commander, Fedor Polynin, recalled in his memoirs, "Combat Routes". Disaster was averted - the Japanese suddenly headed off in the direction of the neighbouring city of Changsha.

The attack on Matsuyama was an unprecedented operation for its day. The 28 bombers, with no fighter cover, took seven hours to fly a thousand kilometers, almost 200 of which were over water. The group from Nanchang had to return to base because of a navigation error.

To save fuel and increase flight range, the Hankou airborne bomber group flew at an altitude of around 5,000 meters. Without oxygen masks, the air crews were at the limits of their endurance throughout the flight due to lack of oxygen. "Your heart races, your head spins and you feel yourself falling asleep… you only have your own physical stamina to rely on," Polynin recalled.

On reaching Taiwan successfully, the Soviet aircraft went north of the island and then, turning sharply and flying with muted engines, struck Matsuyama. 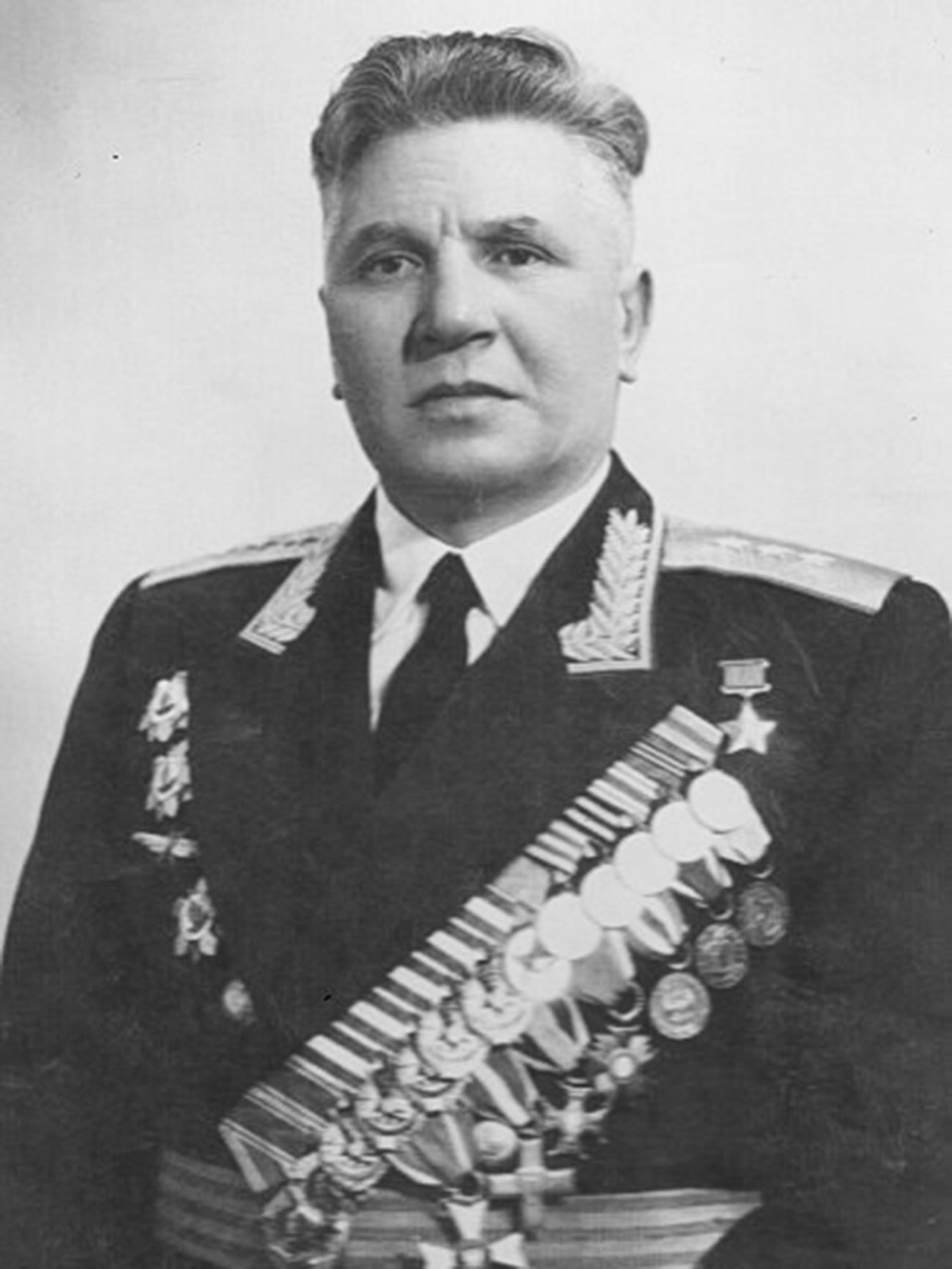 They dropped a total of 280 bombs on the airfield. Forty enemy aircraft were destroyed, not counting those disassembled in containers. Hangars burned to the ground and three years' supply of fuel went up in flames.

The Japanese had been convinced that their distant airfield was completely safe. None of their fighter planes even managed to get into the air. Their anti-aircraft fire started too late, at the moment when the Soviet airborne group had already set a course for the mainland.

Tokyo was shocked by the Polynin raid. It had clearly demonstrated that the Japanese islands themselves were now under threat. The governor of Taiwan was ousted and the commander of the Matsuyama air base committed suicide.

The Soviet airmen returned to Hankou without losses and were greeted as heroes. A celebration dinner in their honor was even attended by Soong Mei-ling, the wife of Chinese leader Chiang Kai-shek. 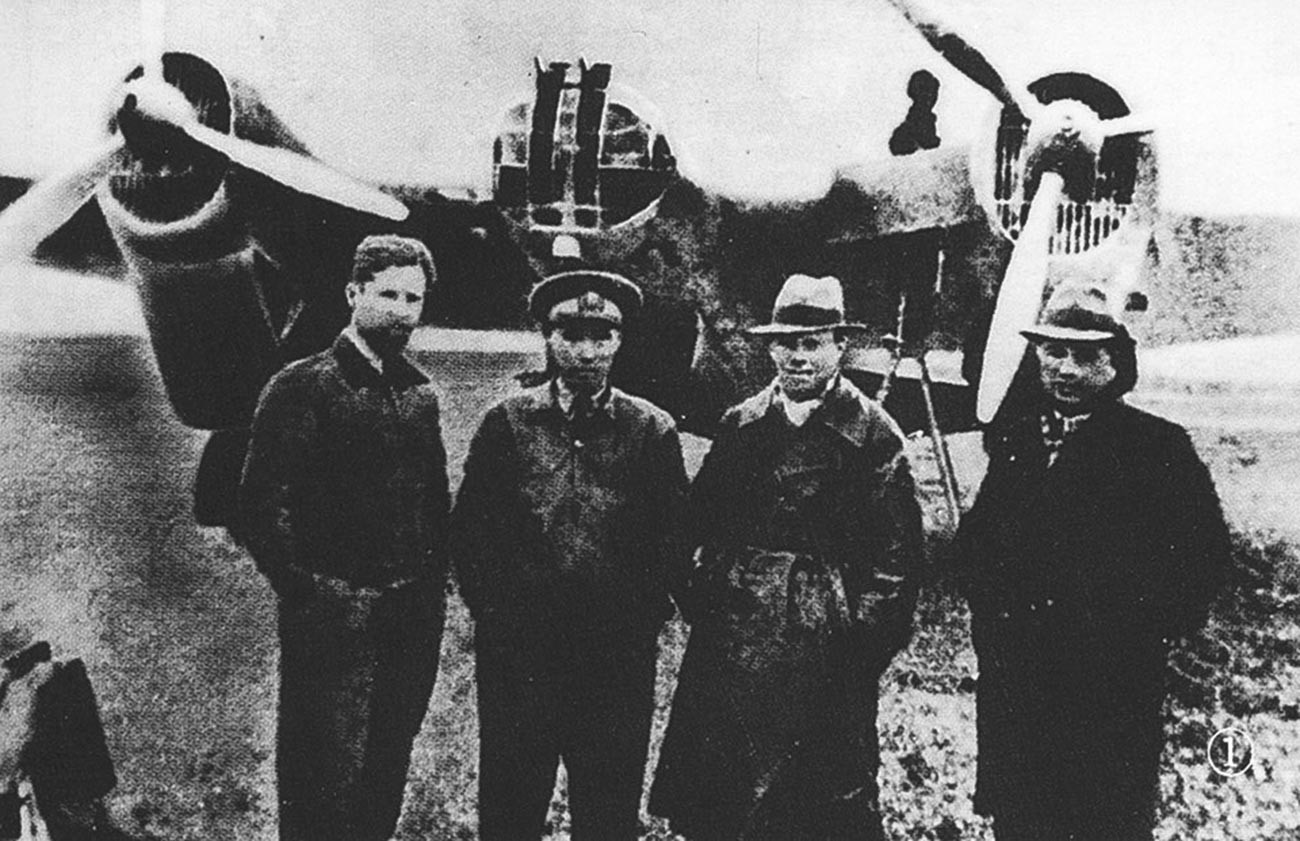 While the country’s leadership was well aware of the circumstances of the raid, the details were unknown within Chinese society because of the special status of the Soviet airmen in China.

The exploit ended up being attributed to a group of international (mainly American) volunteers led by American pilot Vincent Schmidt. Officially named the Chinese 14th Air Force Squadron, the group was essentially a precursor of the renowned Flying Tigers - the volunteer American fighter aviation group that went to China in April 1941 to fight the Japanese.

"An English-language newspaper in Hankou carried a curious report at this time. It said that a group of Chinese planes led by foreign airmen had mounted a raid on Formosa and caused serious damage to the Japanese air force. A little lower down it stated that American airmen had participated in the raid," Polyin recalled.

The Hong Kong Telegraph described on Feb. 25 how the "intrepid veteran of many wars," Vincent Schmidt, had led the "first daring raid over Japanese soil", in which both Chinese and Russian airmen had also participated.

The Soviets maintained complete silence about the entire matter. Such a turn of events even suited them. Schmidt himself not only failed to deny the inaccurate reports, but happily accepted the proffered congratulations, gave interviews to journalists and basked in his status as something of a national hero.

Several days later the truth emerged - the Japanese officially reported that only Soviet SB bombers had been involved in the raid on Matsuyama. Taking offence at the accusations of lying that started flying in his direction, Vincent Schmidt submitted his resignation and left for Hong Kong. On March 1, his 14th Squadron was disbanded for being ineffective.

As for the Soviet pilots, described by the Chinese as a “sword of justice”, they continued to fight on in China until 1940 when relations between the Kuomintang and Mao's Communists again deteriorated. Over the whole period of the war, the USSR sent 3,665 pilots and technical specialists to China, of whom 211 lost their lives.