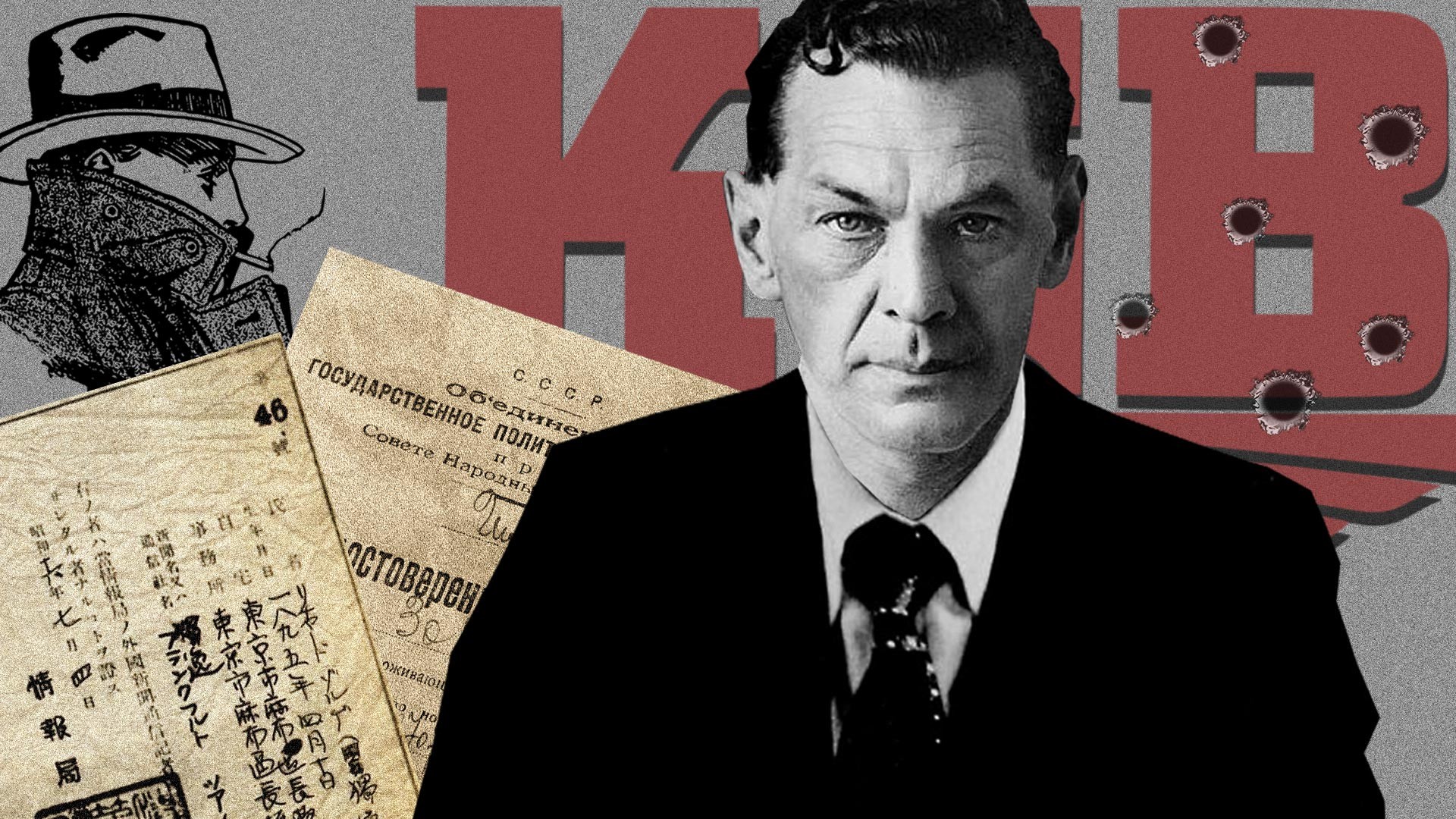 Russia Beyond
One of the main causes of Soviet intelligence failures abroad was the recruitment of local communists. They were trustworthy, but almost invariably were being watched by the police.

The biggest failure of Soviet intelligence came not at the hands of the Gestapo or the CIA, but of the modest Danish police. In historical literature, it became known as “the meeting of spymasters”. 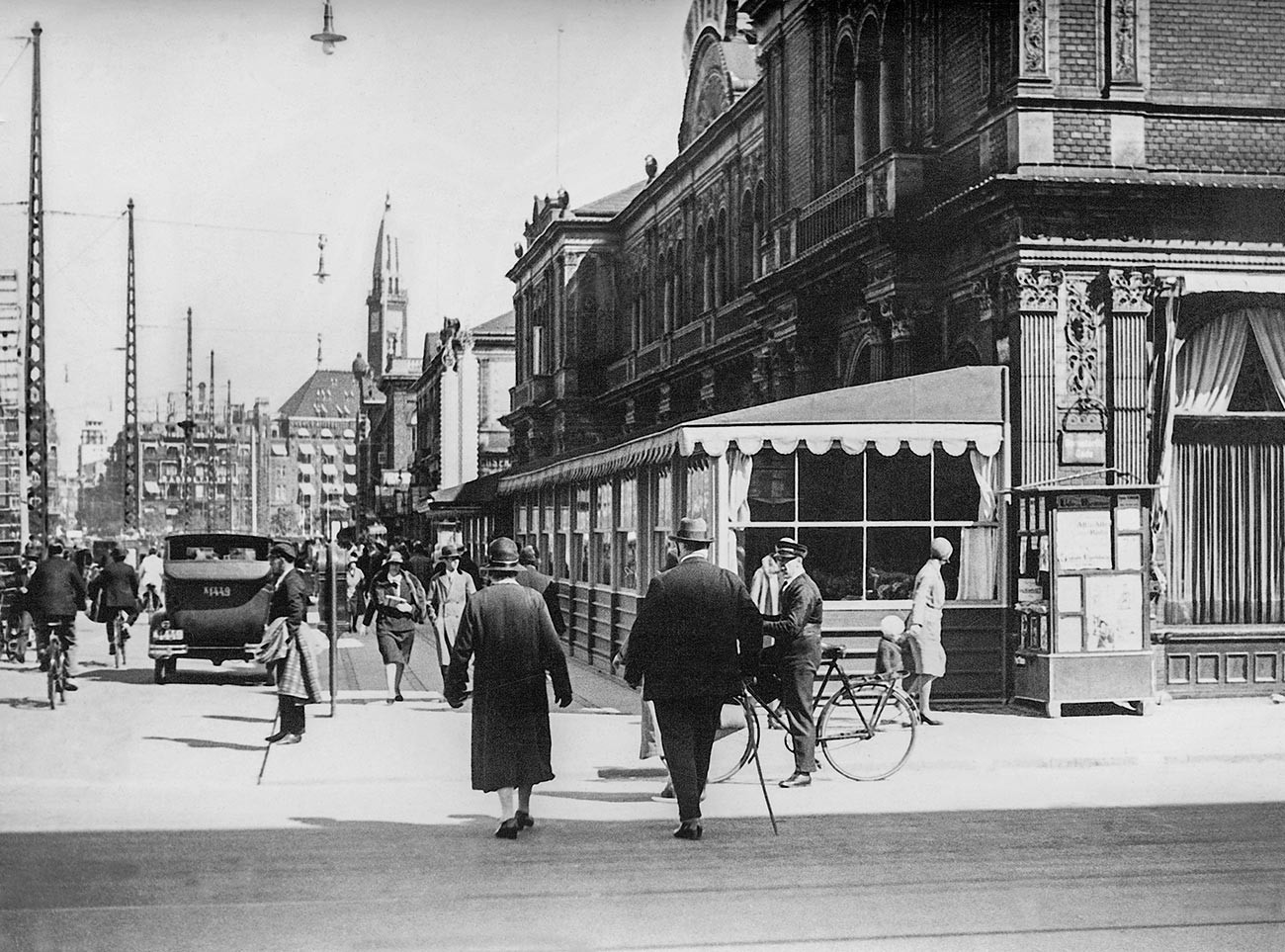 The cause of the problem was the insufficient attention Soviet agents paid to an order from Moscow not to recruit Danish communists. Although loyal to the Soviet Union, they nonetheless represented a considerable danger, since they were constantly watched by local law-enforcement agencies.

It was this surveillance of local communists that led the Copenhagen police to Alexander Ulanovsky, the Soviet spymaster in Denmark. On February 20, 1935, an apartment where he was meeting with colleagues was raided.

As a result of “the meeting of spymasters”, the entire Soviet intelligence network in Denmark was dismantled. That Scandinavian country in itself did not present much interest to the Soviet Union, but through it, Moscow was receiving secret information from the Third Reich, for which – because of Ulanovsky’s mistake – a new channel had to be found.

He was one of the most valuable Soviet agents abroad. From 1933, German journalist Richard Sorge, known in Moscow under the codename ‘Ramsay’, lived and worked in Japan, becoming the main source of secret information for Soviet intelligence about that closed oriental country. 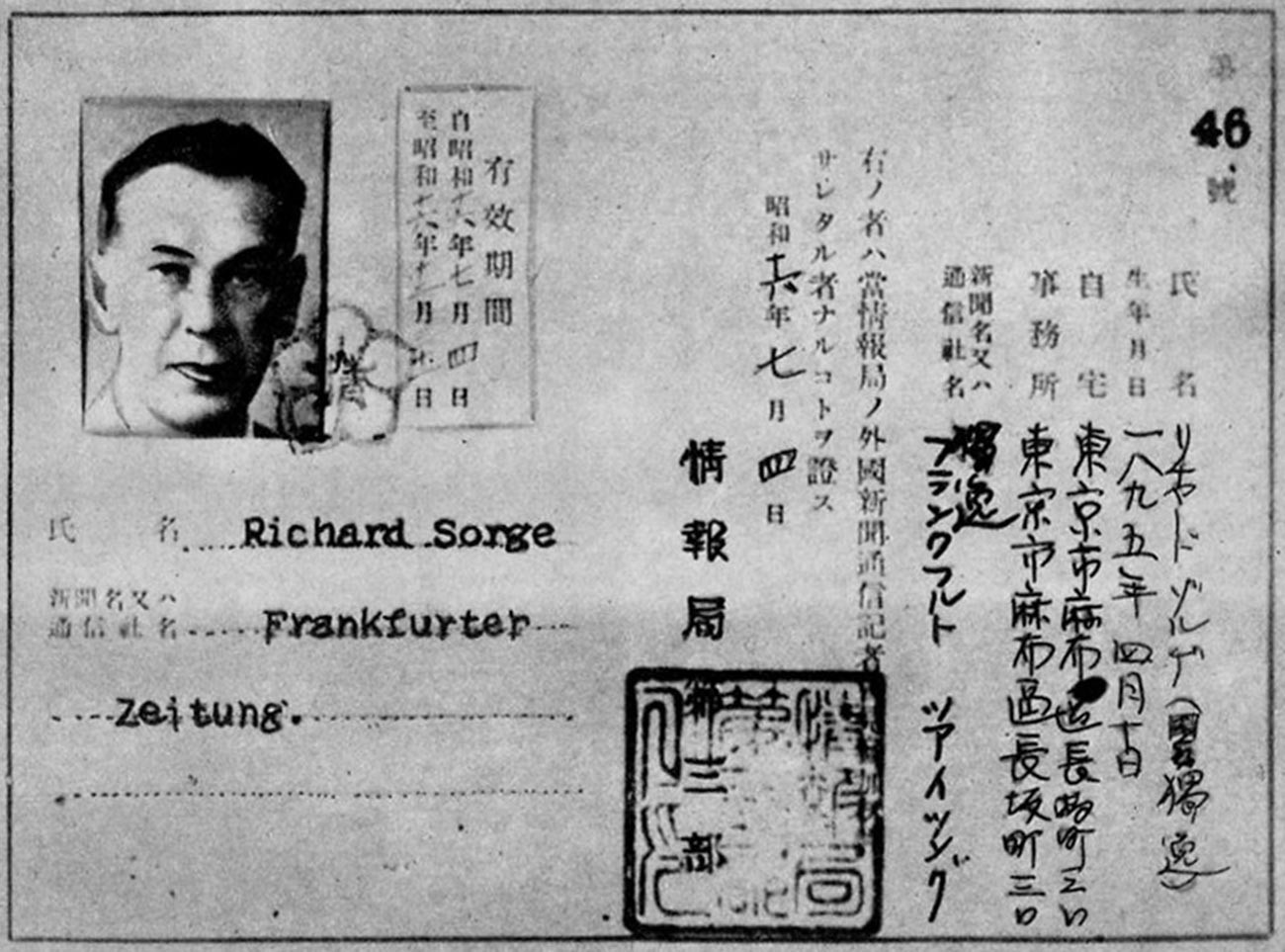 It was Sorge who provided the Soviet leadership in the fall of 1941 with vital intelligence that Japan was not going to attack the USSR in the near future and was directing its aggression at the United States. As a result, the Soviet Army was able to move divisions from Siberia and the Far East to Moscow, where they were badly needed to thwart the German offensive against the Soviet capital, known as ‘Operation Typhoon’.

However, already in October of that year, Ramsay was busted. There were many theories as to how that happened, including that his messages had been intercepted and decoded; that he was betrayed by one of his agents; that the police were watching local communists, who, having been recruited by Soviet intelligence and maintaining contacts with Sorge, eventually led the Japanese law-enforcement agencies to him.

On October 18, 1941, Richard Sorge and 24 of his agents were arrested (seven more were arrested in January). The investigation lasted several years, and on November 7, 1944, on the 27th anniversary of the Bolshevik Revolution, he was hanged in the courtyard of Tokyo’s Sugamo Prison. After Ramsay’s cell was destroyed, Soviet intelligence for many years lost a reliable source of information in Japan. 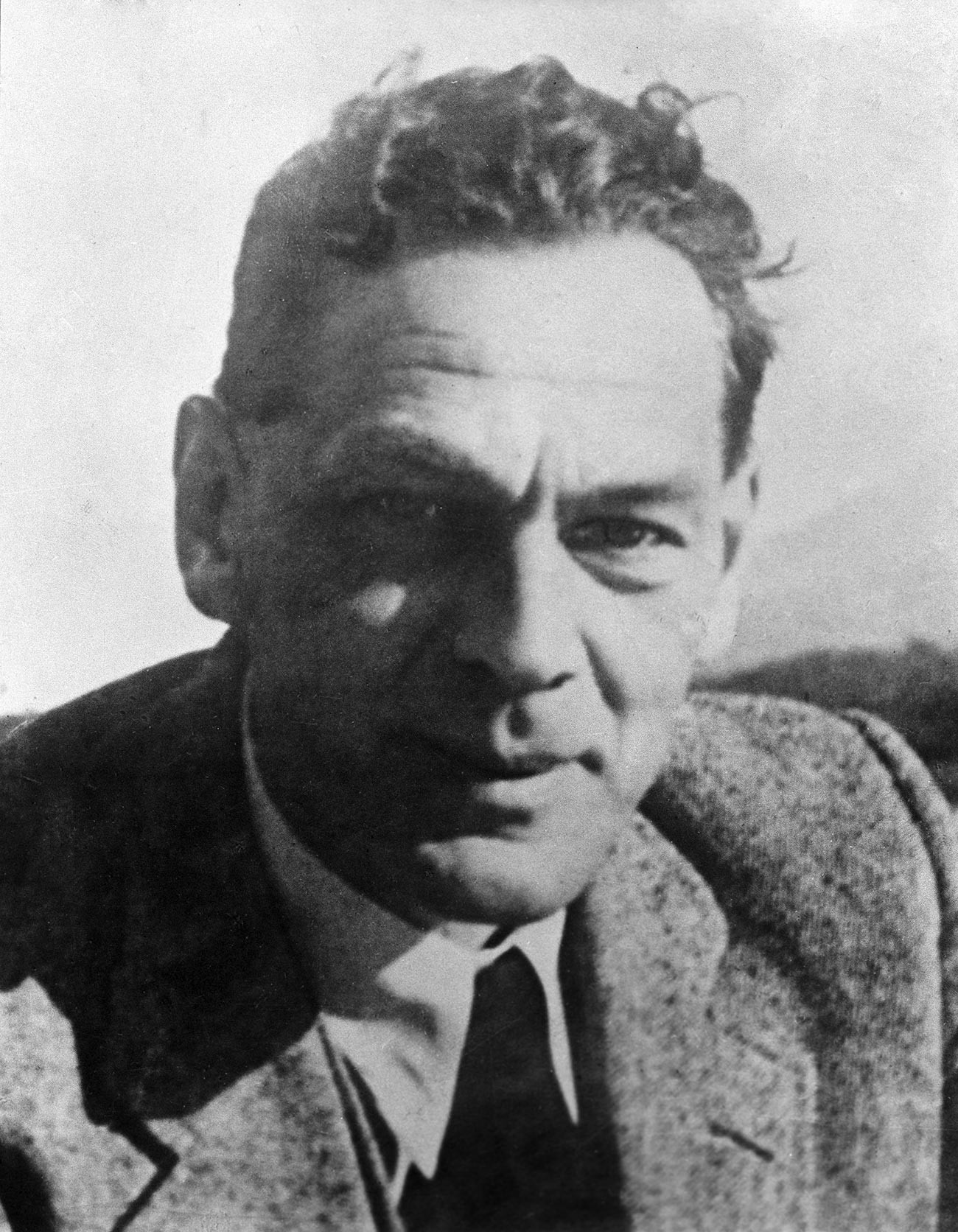 In 1939, Germany appointed a new ambassador to Ankara. Franz von Papen was an experienced politician and skilled diplomat, and a former chancellor of the Weimar Republic. His task was to lure Turkey into the war on the side of the Axis powers.

In addition, von Papen was playing his own game. With his extensive diplomatic ties, he was secretly testing the ground for concluding a peace treaty between Germany and the Western allies, without taking into account the interests of the USSR. He was hoping for a prominent post in a new government (without Hitler). 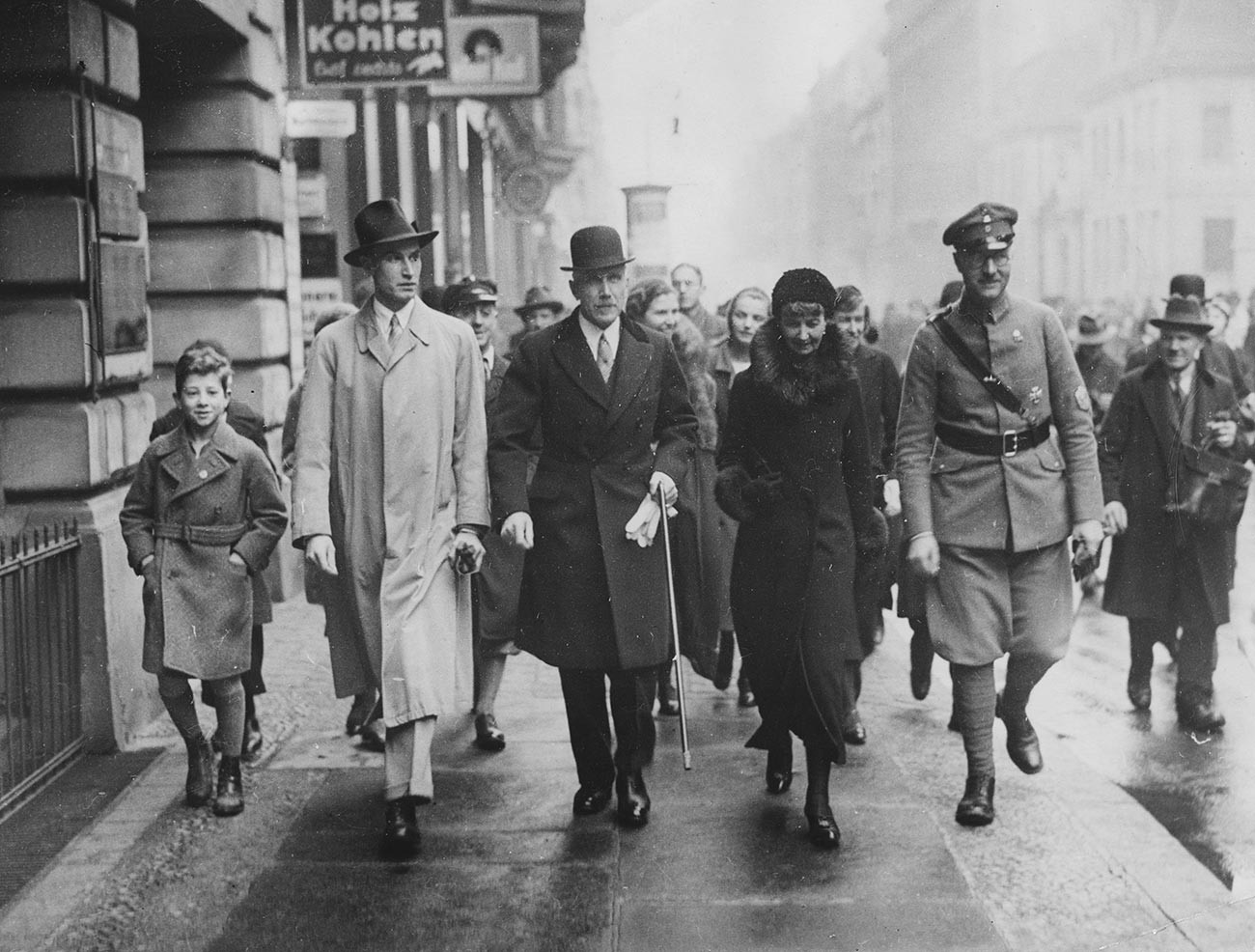 Franz von Papen and his family.

Since the figure of the German ambassador was becoming too dangerous for the Soviet Union, it was decided to eliminate it. Moscow hoped that von Papen’s assassination would not only cause a rift between Ankara with Berlin, but, in the best-case scenario, could lead to a war between the two states.

On February 24, 1942, Omer Tokat, recruited by Soviet intelligence, approached von Papen in the street. He was carrying a bomb, but it went off earlier than planned, killing the attacker, while the ambassador and his wife were only hit by a blast wave. They were not injured, only slightly shaken.

The Turkish security services quickly established the circle of people involved in the assassination attempt, a key role among whom was played by Soviet intelligence officers. Demanding access to two employees of the Soviet trade mission (NKVD agents) Leonid Kornilov and Georgy Mordvinov (Pavlov), the Turkish troops even kept the Soviet embassy under siege for several days. 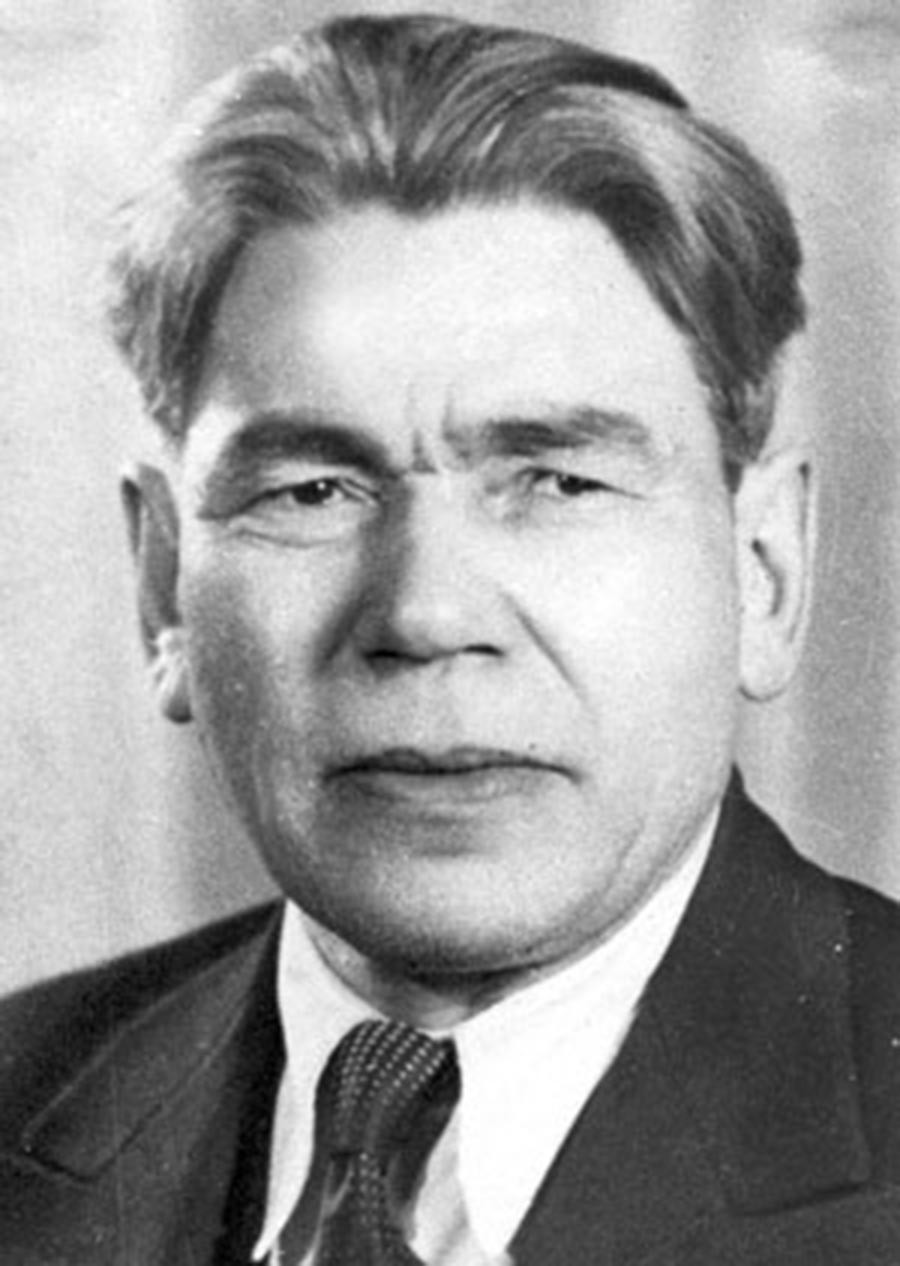 The court sentenced Kornilov and Mordvinov to 20 years in prison. However, as the Third Reich started to suffer defeats at the fronts and Turkey began to seek rapprochement with the Allies, their prison terms were reduced. In August 1944, both intelligence officers were released and sent back to Moscow.