The WWII battle that nearly turned into a second Stalingrad 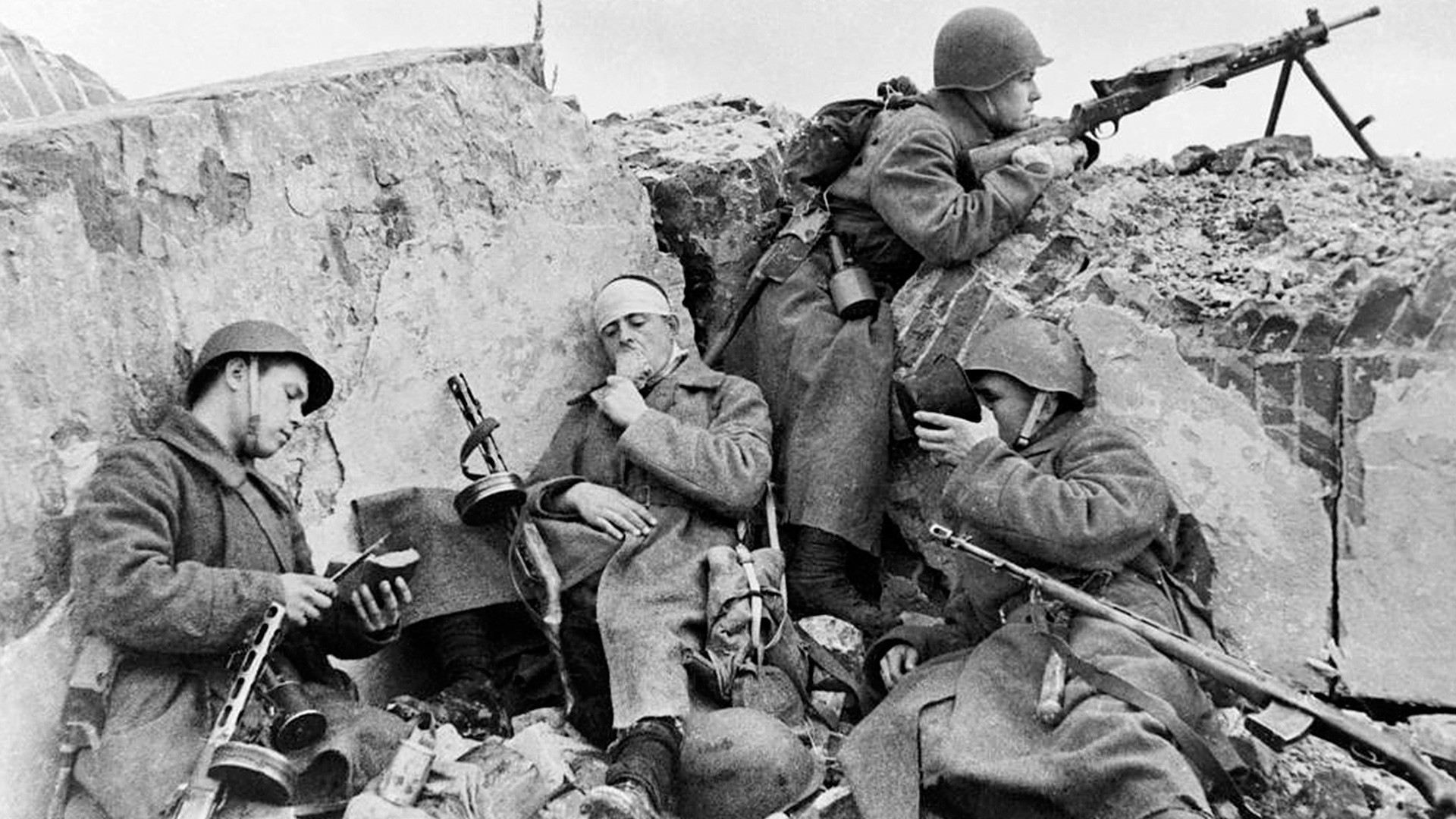 Yugra State University
The Battle of Rzhev, a small town in northwestern Russia, was not a victory for the Red Army. However, it laid the foundation for the decisive victories at Stalingrad and the Kursk Salient.

When in December 1941 the Red Army began its counterattack near Moscow, the Wehrmacht was pushed back to about 300 km from the capital. "For the first time in this war I issued an order to pull back a large section of the front," Adolf Hitler had to admit. However, Soviet commanders' hopes of routing the German Army Group Center in short order proved premature. 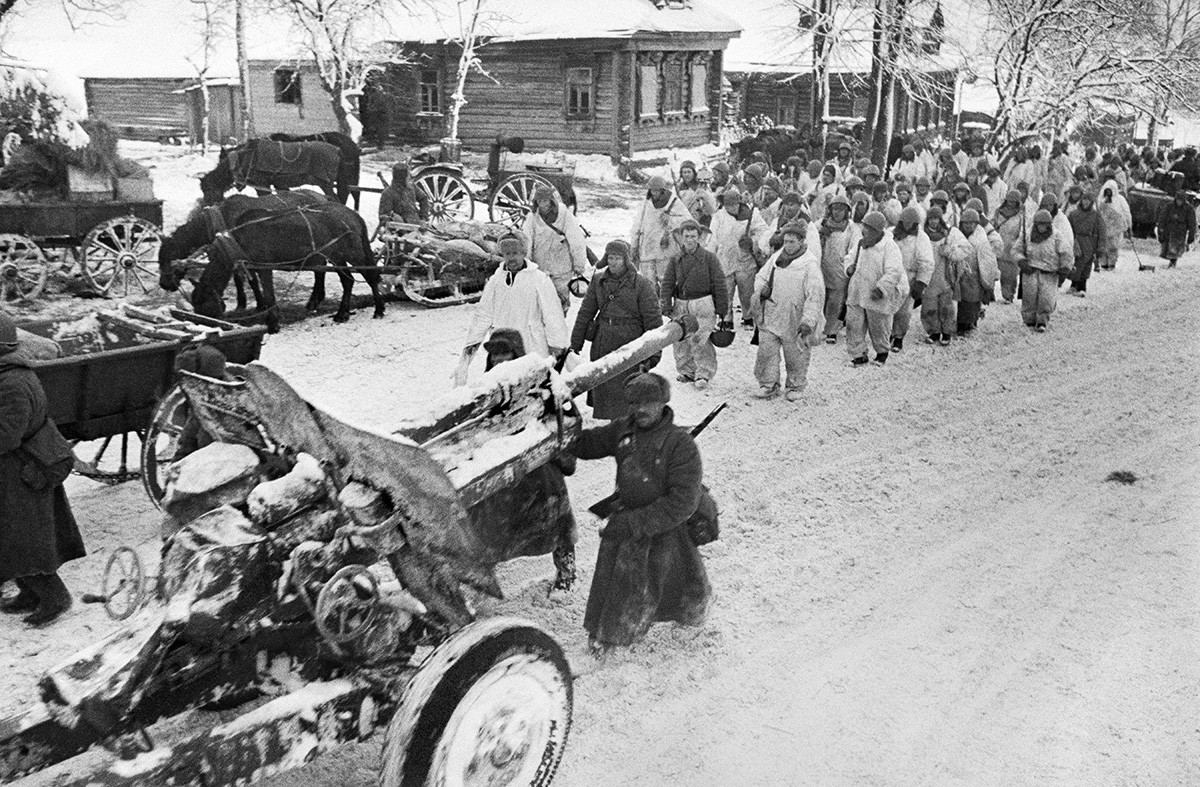 Despite colossal pressure from Soviet troops, the Germans managed to gain a foothold on a bridgehead between the towns of Rzhev and Vyazma, just 200 km from Moscow. For several years this salient would be a thorn in the side of the Soviet commanders because from it the Wehrmacht could launch a new attack on the capital at any time. 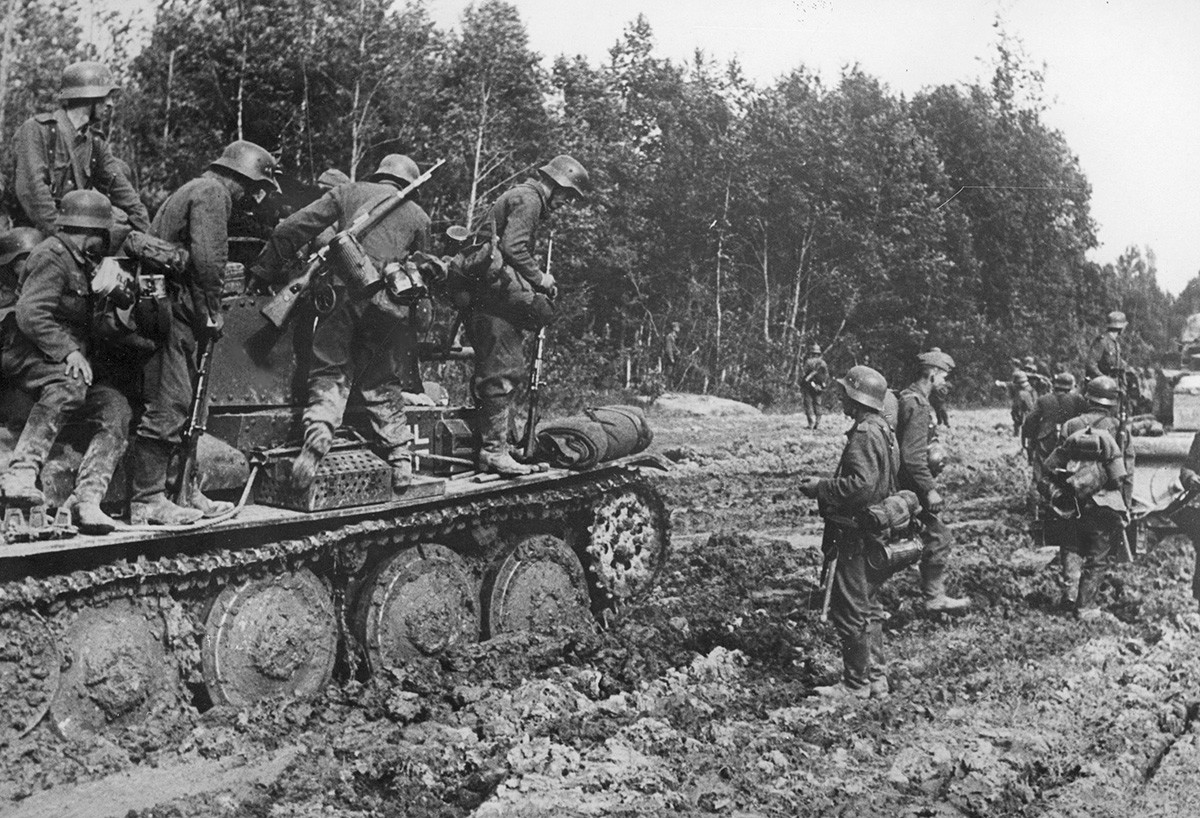 Here, between October 1941 and March 1943, one of the bloodiest battles in all of World War II took place - the Battle of Rzhev. It should be noted that the USSR didn't use the term - it considered each offensive by the Red Army to destroy the dangerous bridgehead as a separate operation. A number of contemporary historians also hold this view. 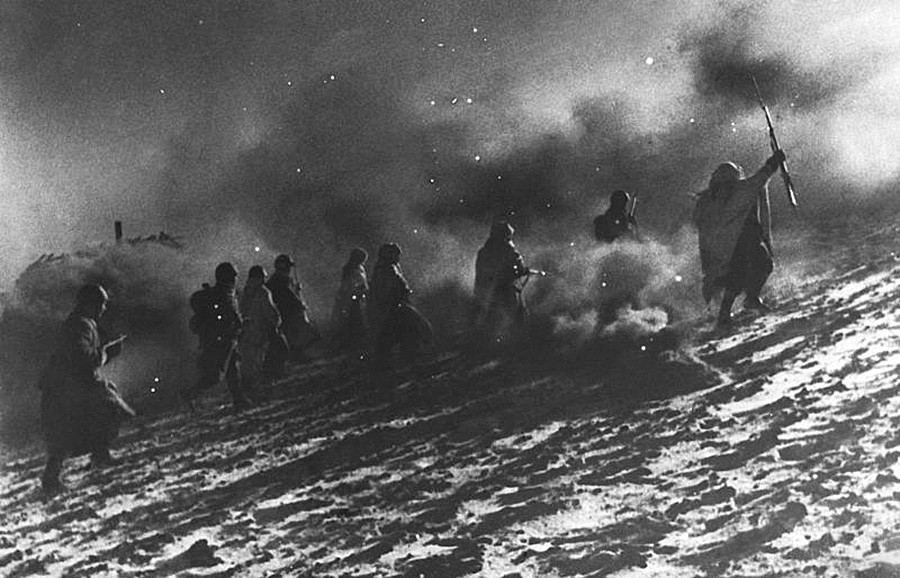 The Germans turned the Rzhev-Vyazma Salient into a genuine fortress. In front of Rzhev alone, they built 559 earth and timber emplacements and dugouts, and seven kilometers of anti-tank ditches. Up to half of the Army Group Center forces were concentrated in the area. German propaganda proclaimed it "the Führer's impregnable line," claiming that "the loss of Rzhev would be equivalent to the loss of half of Berlin." 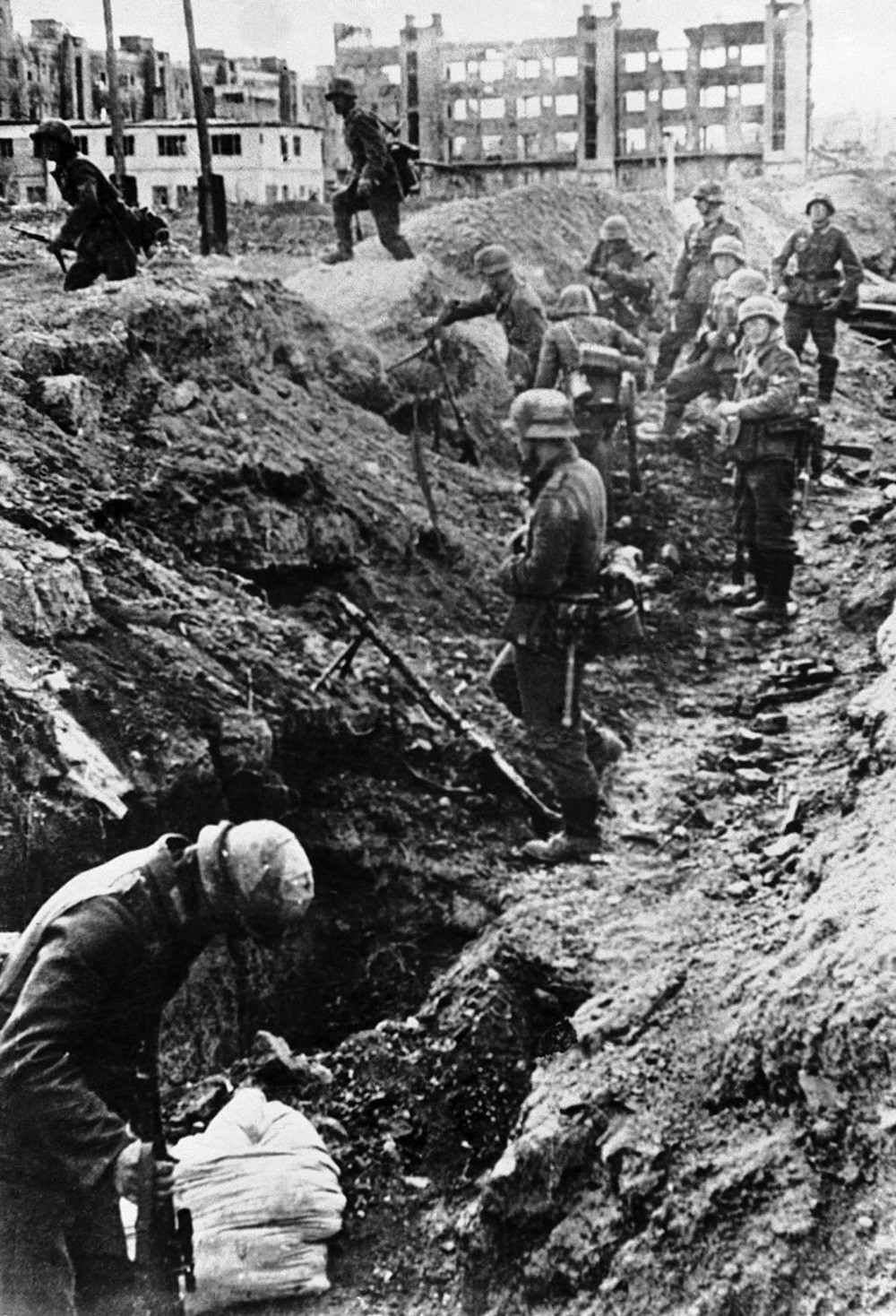 According to historian Alexey Isaev, Rzhev became the "Verdun of World War II." This was no place for a blitzkrieg but the protracted and punishing positional battles ground up hundreds of thousands of lives in a meat grinder. 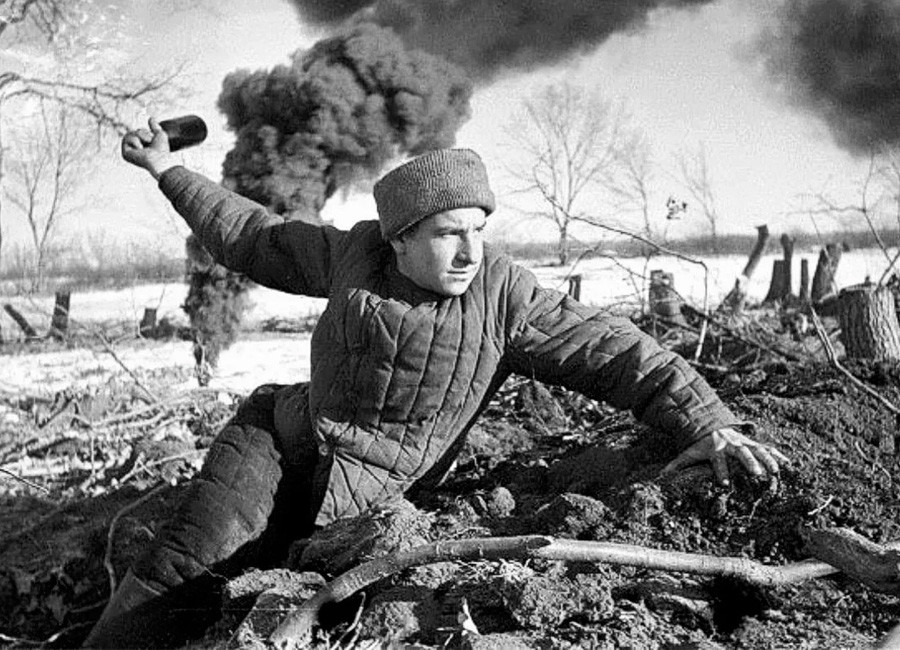 Having suffered a setback in the winter of 1942, the Red Army made a new attempt in the summer. But as a result of its underestimation of the enemy's capabilities,  the Soviet commanders made mistakes that (such as frequent "head-on" assaults) dissipated the effort. The assault by the half-million-strong group in the First Rzhev-Sychovka Offensive Operation failed to break through the multiple lines of enemy defenses. "Thousands of shell splinters, like poisonous scorpions, rip into the men, mutilating bodies and the earth… 'Forward! Forward!' shout the surviving officers before dropping down dead among their own soldiers," recalled Boris Gorbachevsky, commander of an infantry squad of the 215th Rifle Division. 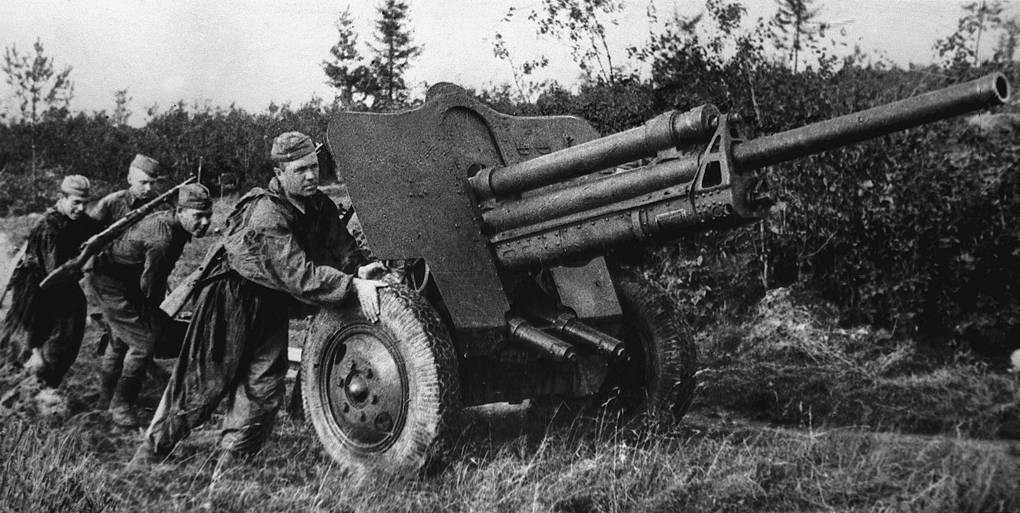 Suffering heavy losses, Soviet forces managed to advance by only a few dozen kilometers into enemy-held territory during the summer and autumn battles. Heavy rain came, greatly complicating air operations and the overall Red Army offensive. "In the trench, the water almost came up to our knees, under the water were the bodies of our men and the corpses of German troops; something soft and slippery would shift underfoot, and you, balancing on the uneven bottom of the dugout, would try to dodge the deadly blows and with all your might try to deal them in return," is how Petr Mikhin, commander of a firing platoon of the 52nd Rifle Division, recalled hand-to-hand fighting with the enemy.On Sept. 27, units of the 30th Army even forced their way into Rzhev, but were repulsed by newly-arrived enemy reserves. 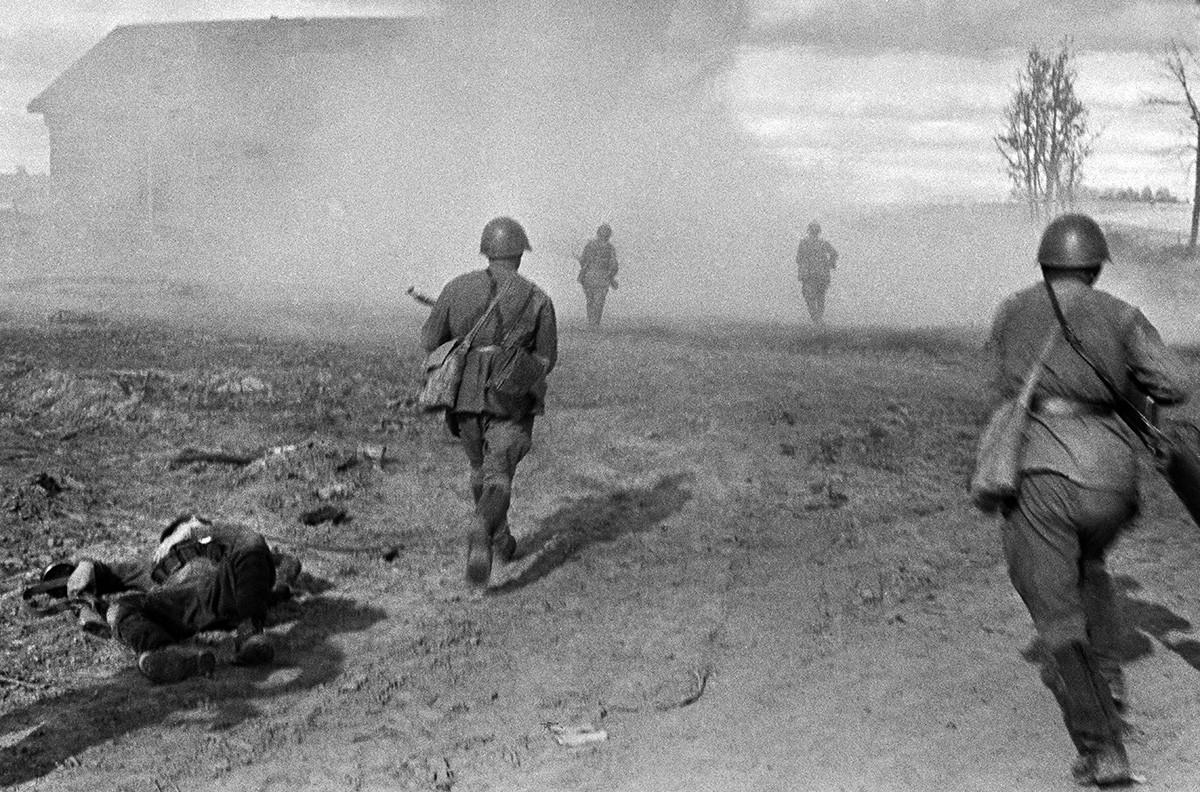 However, the Germans also paid a high price in the "Rzhev Meat Grinder" in the summer and autumn of 1942. In several weeks of fighting the Wehrmacht's largest division, Grossdeutschland ("Greater Germany, "with up to 18,000 men), lost about 10,000 dead and wounded. In many regiments of Colonel-General Walther Model's 9th Army that was defending the Rzhev-Vyazma Salient, all the veterans who had been through the Polish and French campaigns, and the 1941 offensive, were killed. They were replaced by new recruits from Western Europe who had no battle experience. 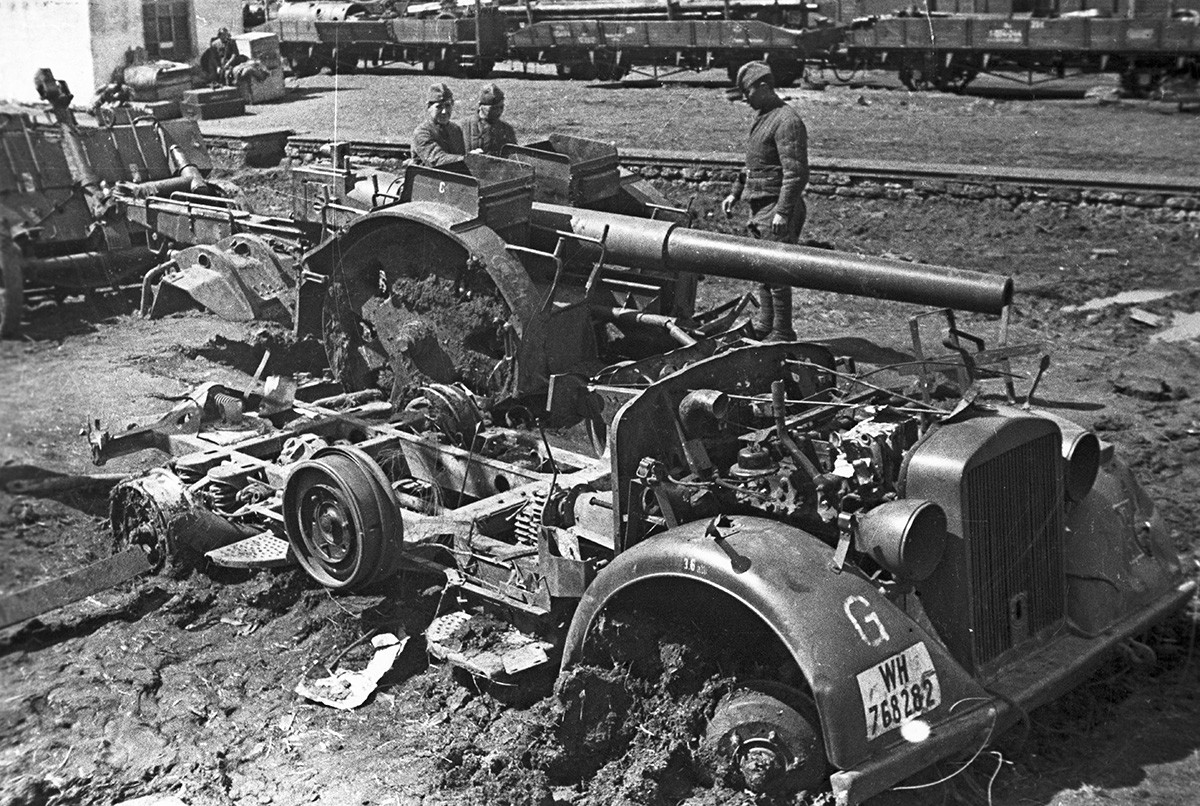 Historian Svetlana Gerasimova notes in her analysis, "The Rzhev Slaughterhouse - Zhukov’s Lost Victory" that "for Hitler it became a matter of prestige to take Stalingrad and not surrender Rzhev; for Stalin - to take Rzhev and not to give up Stalingrad". The First Rzhev-Sychovka Offensive Operation failed to meet this objective, but it thwarted preparations for a new offensive against Moscow and managed to draw into battle German divisions that had been earmarked to be moved south, where the Battle of Stalingrad was beginning.

The Second Rzhev-Sychovka Offensive (Operation Mars) is much less well known than its “twin” - Operation Uranus at Stalingrad. The Red Army embarked on Operation Mars on Nov. 25, a week after Uranus, having more soldiers and artillery at its disposal in the Rzhev area than at Stalingrad. But it did not succeed in taking Model's 9th Army in a pincer movement as it did with Friedrich Paulus’ 6th Army: There were no weak Romanian troops defending the flanks here and the Soviet attacks continued to be repulsed by the well-prepared enemy defense. By mid-December 1942, the Red Army’s Rzhev offensive finally ran out of steam. Operation Mars failed to achieve its objectives, but it had the effect of tying down the German divisions and preventing them from heading for Stalingrad to relieve the encircled 6th Army. 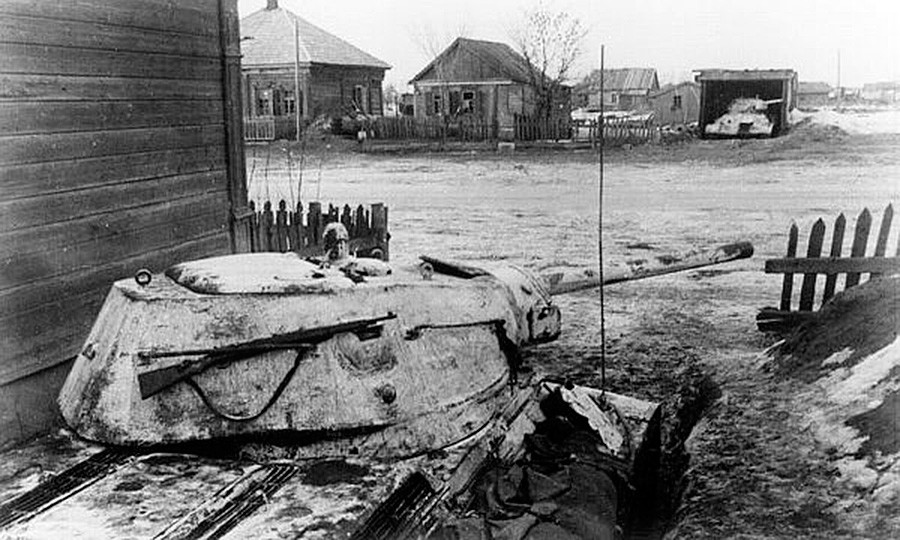 After their defeat at Stalingrad and the taking of Velikiye Luki by Soviet troops in the rear of the 4th and 9th armies, the German troops in the Rzhev-Vyazma Salient found themselves on the brink of obliteration. As a result, in Operation Büffel (“Buffalo”) in March 1943 they fully abandoned the salient, and the threat to Moscow was finally lifted. 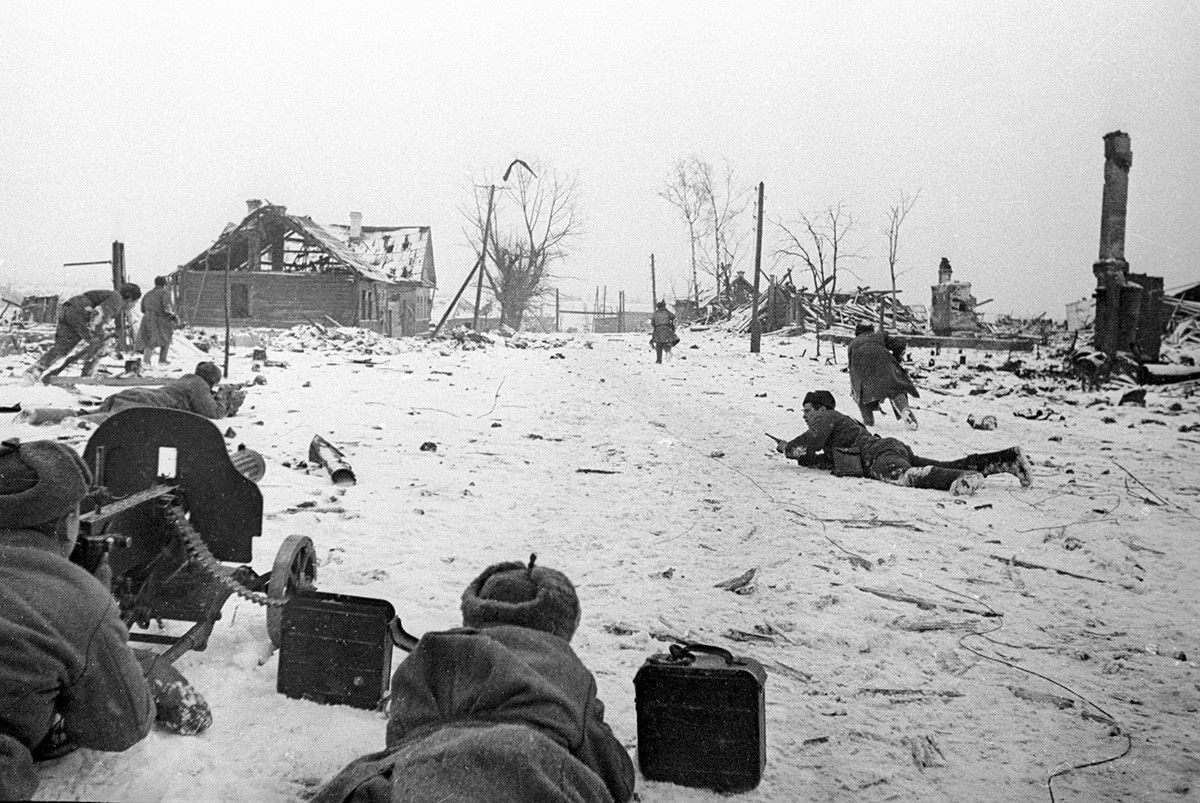 In the opinion of Alexey Isayev, the fighting at Rzhev was not just an important factor in the Red Army's success at Stalingrad, but it also indirectly assisted the Soviet triumph in the Battle of Kursk in the summer of 1943.Walther Model’s 9th Army, badly exhausted and having lost a lot of experienced manpower in the course of the Battle of Rzhev, was unable to restore its fighting capacity before the start of the engagement and its offensive in the northern sector of the Kursk Salient, regarded as crucial, almost immediately stalled.

As a result of one of the bloodiest battles in all of World War II, the Red Army lost more than 1.3 million dead, wounded, missing and captured in the period from October 1941 to March 1943. German losses are put at 400,000-700,000. "The bones were not retrieved from the battlefields," a resident of the town of Gzhatsk south of Rzhev told people who had come from Moscow after the war looking for remains from the battle: "In places the bulldozers shovelled up the bodies, but in other places the fields were just ploughed up, bones and all. You used to get the tractor going and then you’d look straight in front of you at some distant birch tree in order not to swerve on seeing what you were driving over in your tractor…" 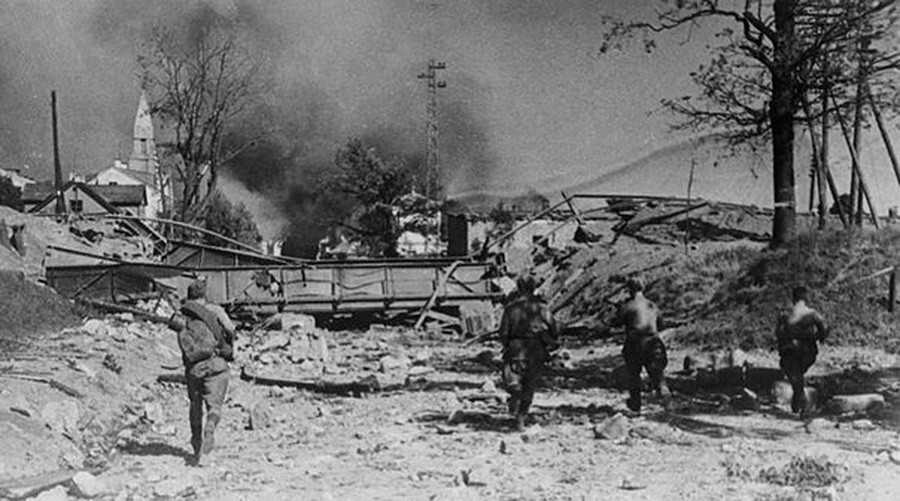