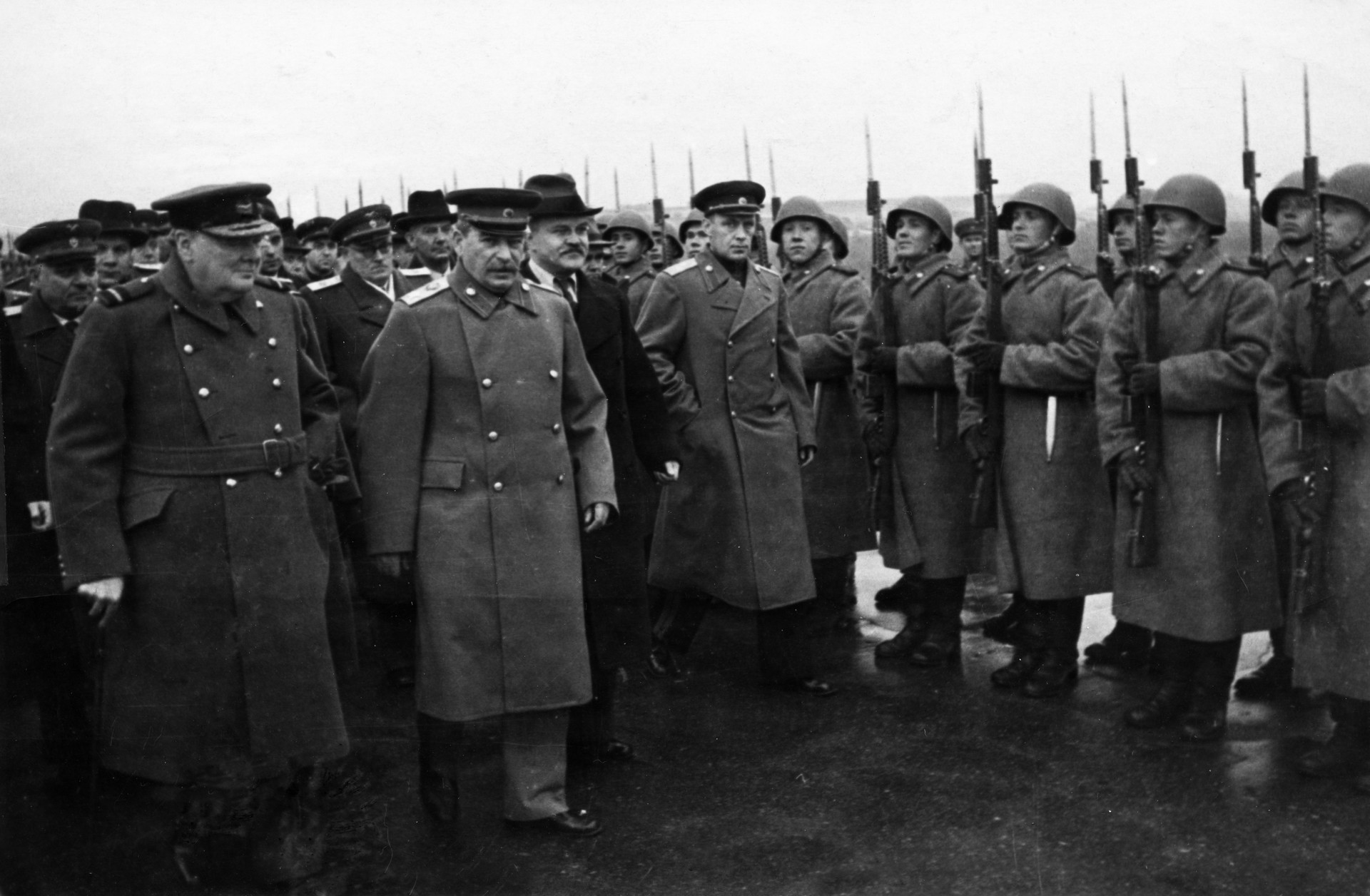 Getty Images
Joseph Stalin was one of the founders of the 1st Cavalry Army and always held it in high regard. And many of the soldiers who served in that unit enjoyed his personal trust and friendship. 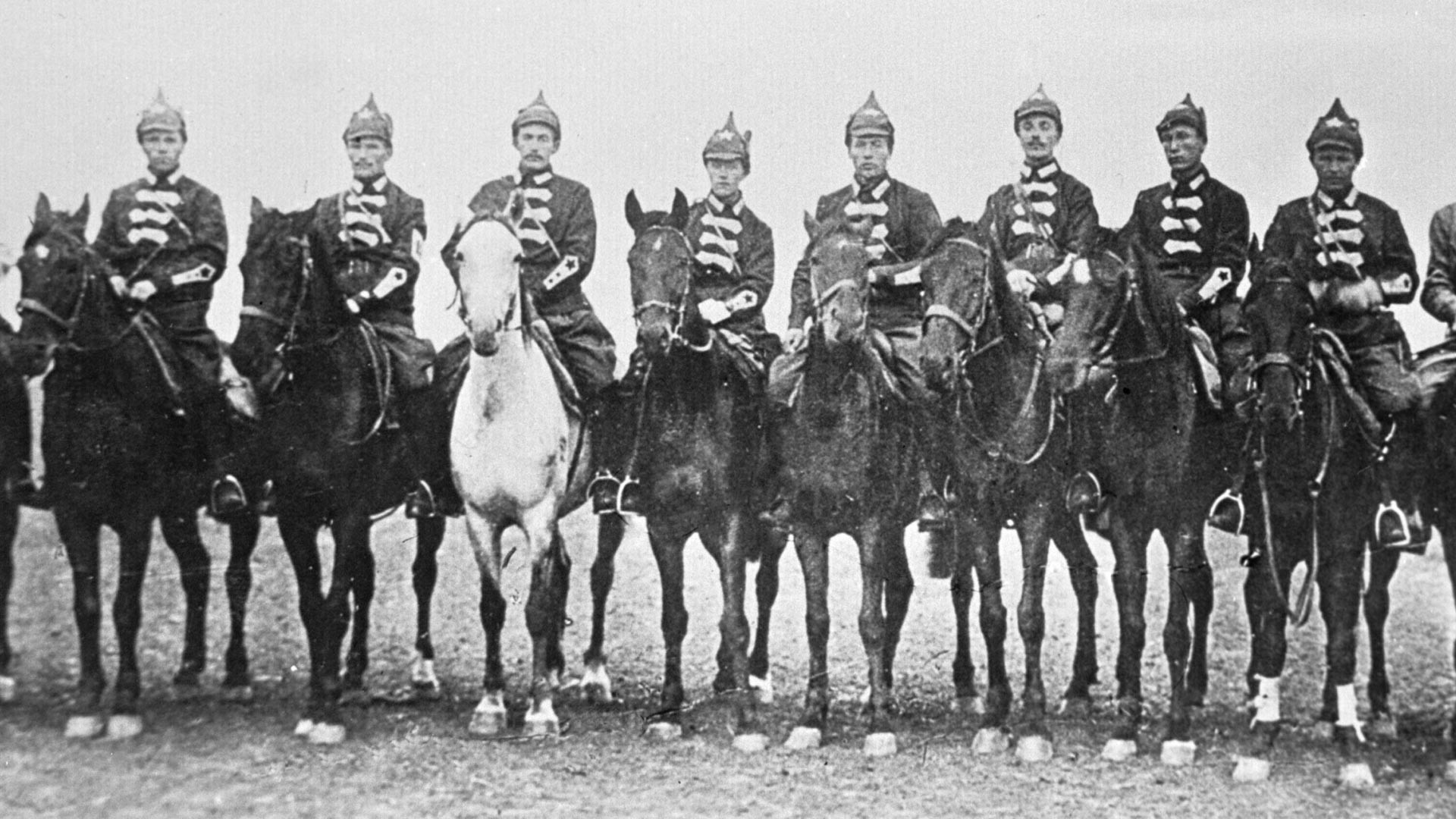 Commanders of the 1st Cavalry Army.

The Bolsheviks got the inspiration to set up a cavalry army from their enemies - the White Army. They were amazed when the White cavalry of General Konstantin Mamontov, having broken through the Red Army’s positions on the Southern Front in August-September 1919, carried out a daring and highly effective raid in the Bolsheviks’ rear. In November, the Red Army’s first ever cavalry army was established on the basis of Mamontov’s Cavalry Corps. Its commander was Semyon Budyonny. 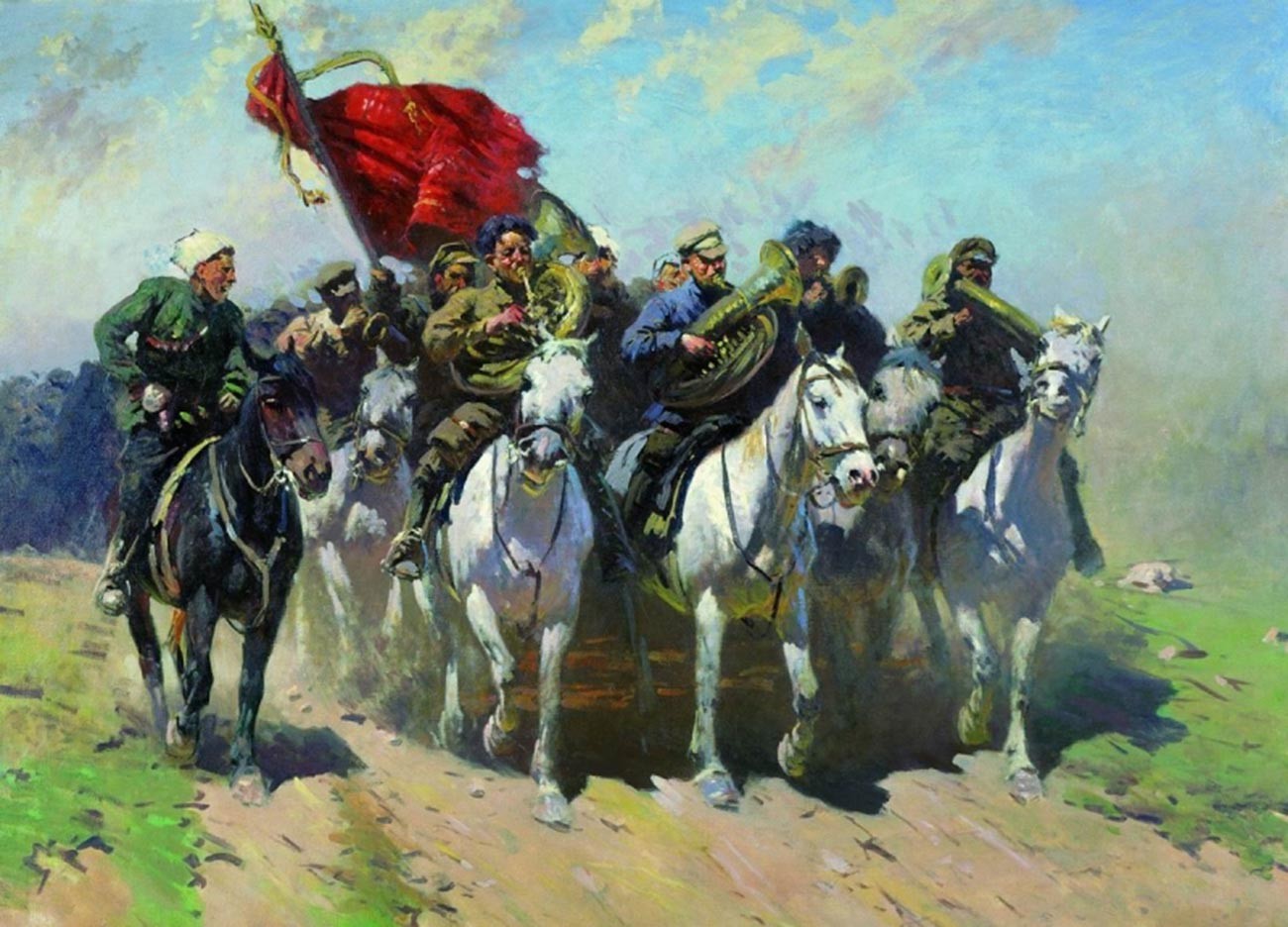 One of the driving forces behind its creation was Joseph Stalin, who at the time was a member of the Revolutionary Military Council of the Southern Front. He had always felt a particular regard for the army and those who served in it. The 1st Cavalry Army was also quite a talent pool, giving the country seven future marshals and numerous generals. 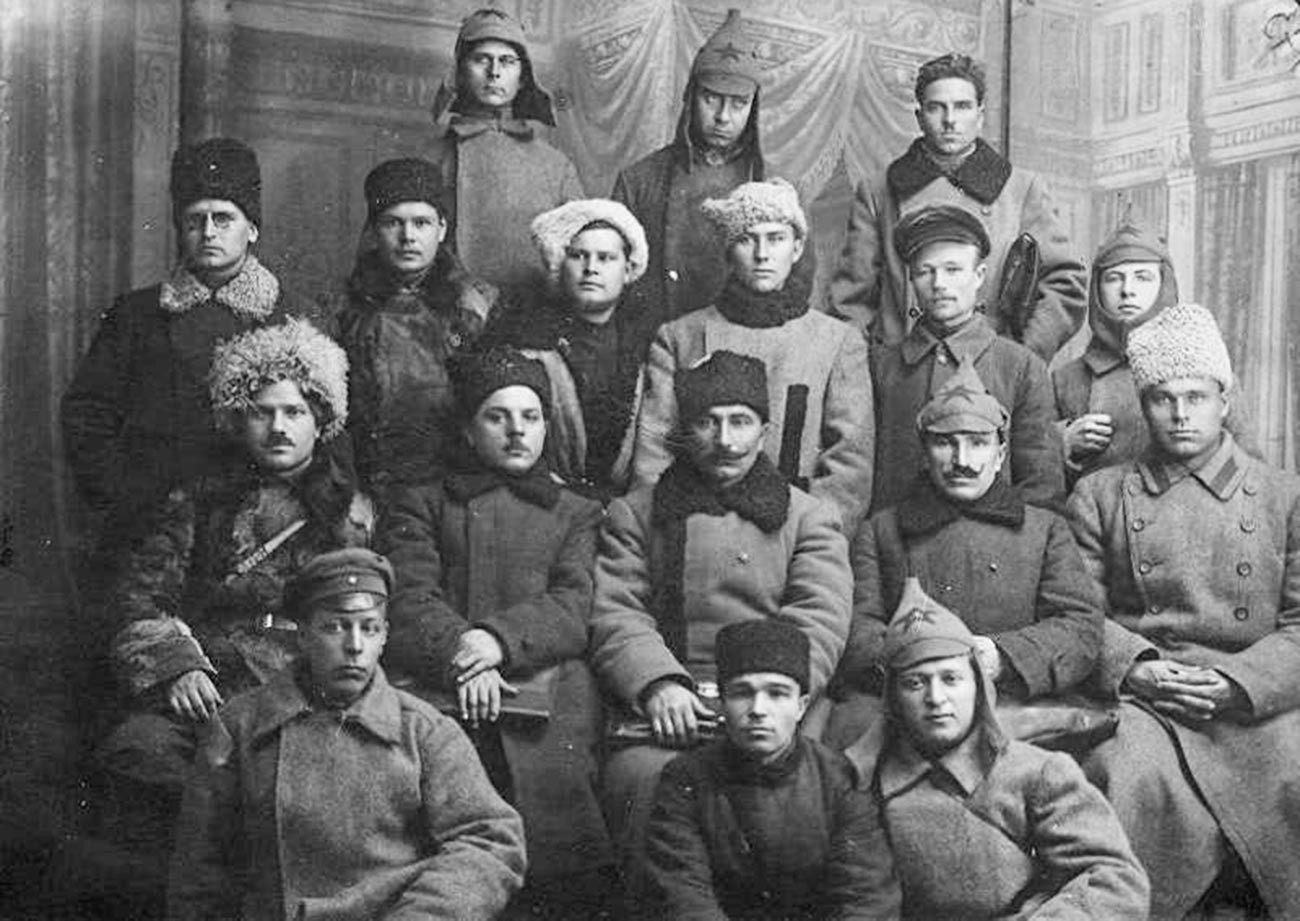 Semyon Budyonny (center, third row from above) and commanders of the 1st Cavalry Army.

At different times, the 1st Cavalry Army numbered from 14,000 to 19,000 people, which was an impressive figure by the standards of the Civil War. Its core was made up by cavalry divisions, but, from time to time, the army was reinforced with infantry units, armored trains and aircraft. 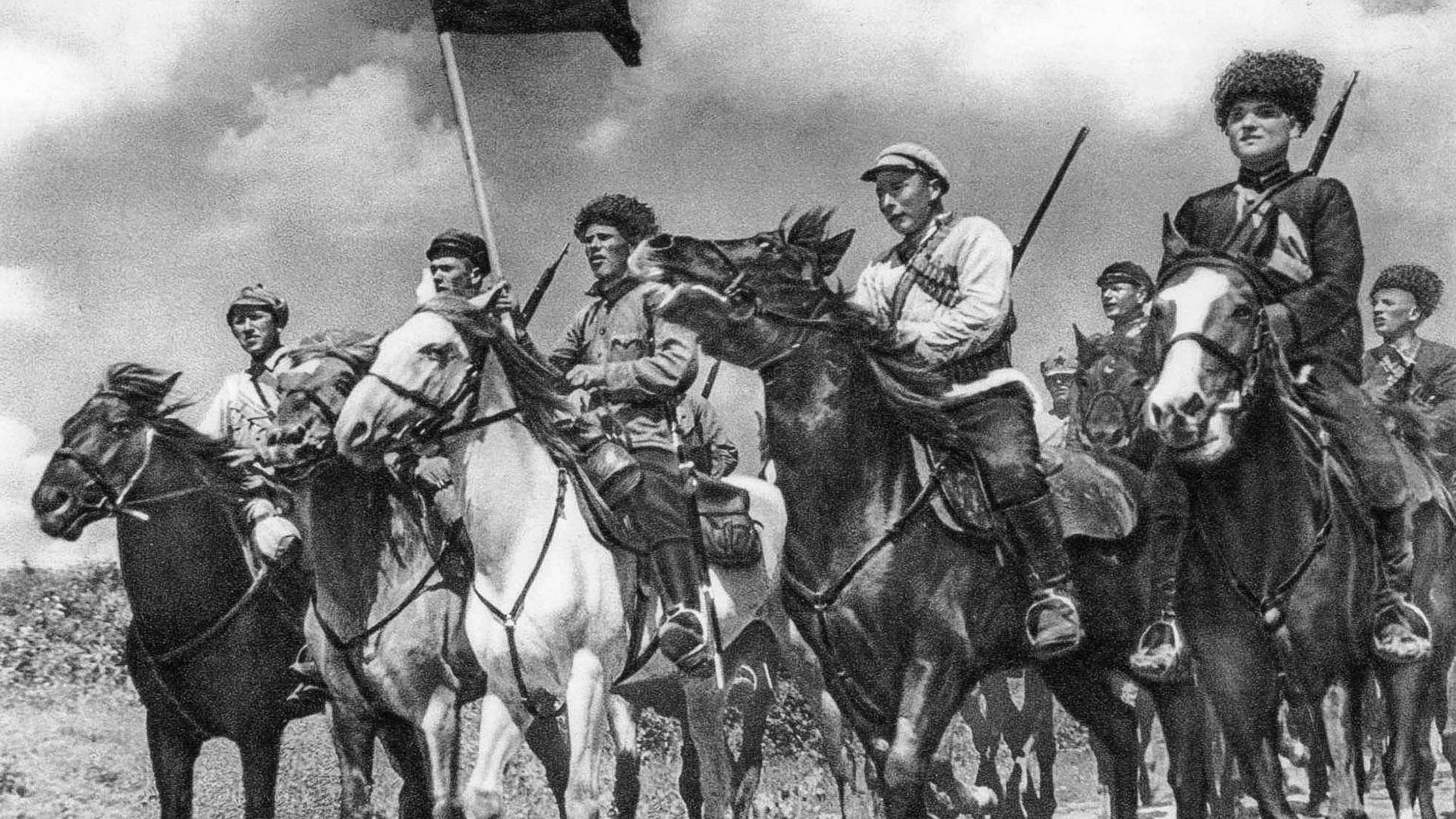 The Bolsheviks found the 1st Cavalry Army very useful when in November 1919, the White Army made its last (and futile) attempt to take back Moscow and win the Civil War. The Red cavalry played a key role in chasing and defeating General Denikin’s troops, who were retreating southward. Interestingly, among those beaten by the 1st Cavalry Army were Mamontov’s cavalrymen, who had carried out the once famous raid. 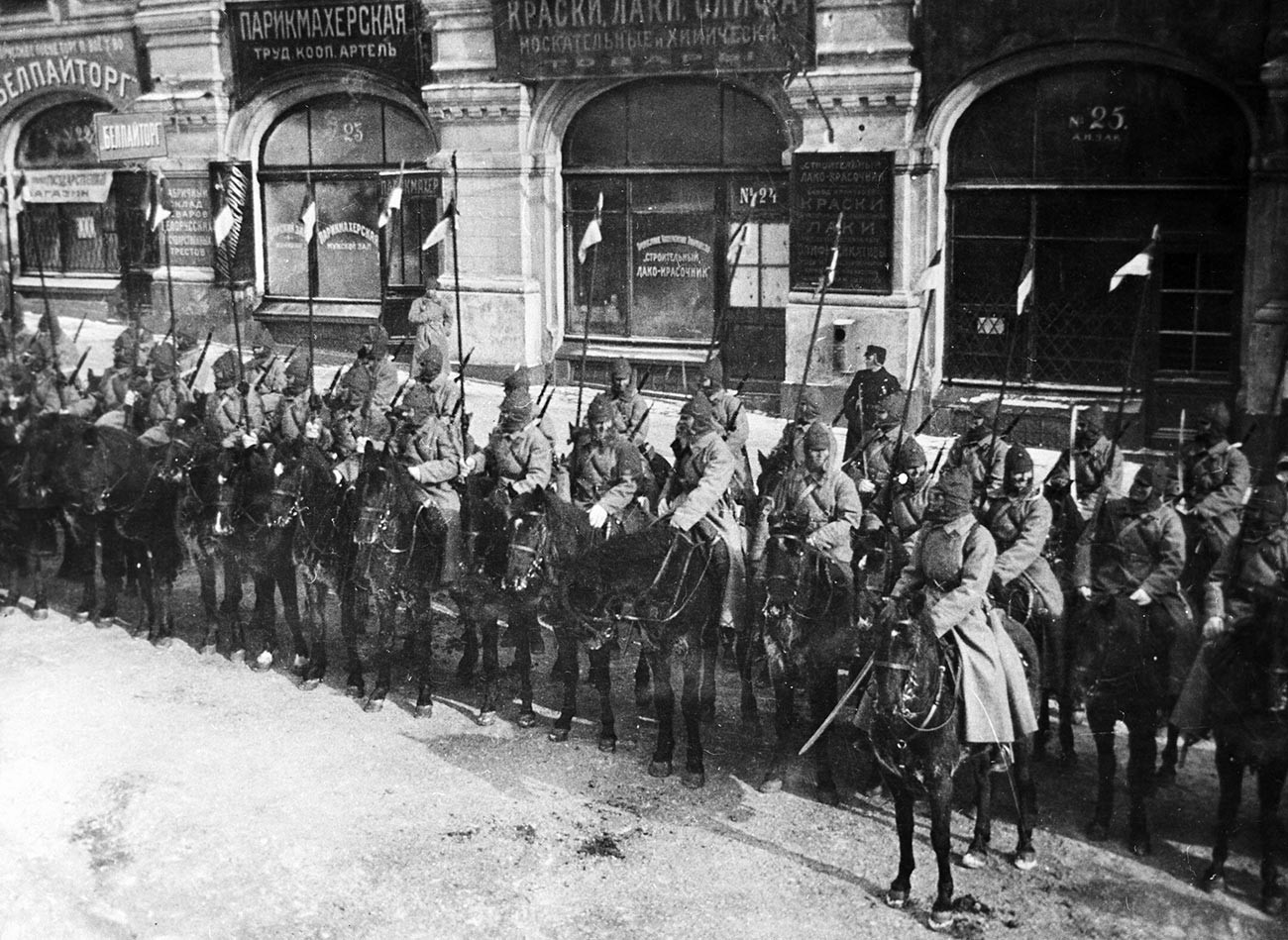 With swift strikes, the 1st Cavalry Army defeated the enemy, taking one city after another. On January 7, 1920, one of the key centers of the White movement in southern Russia, Taganrog, was taken, and three days later, Rostov-on-Don, too. 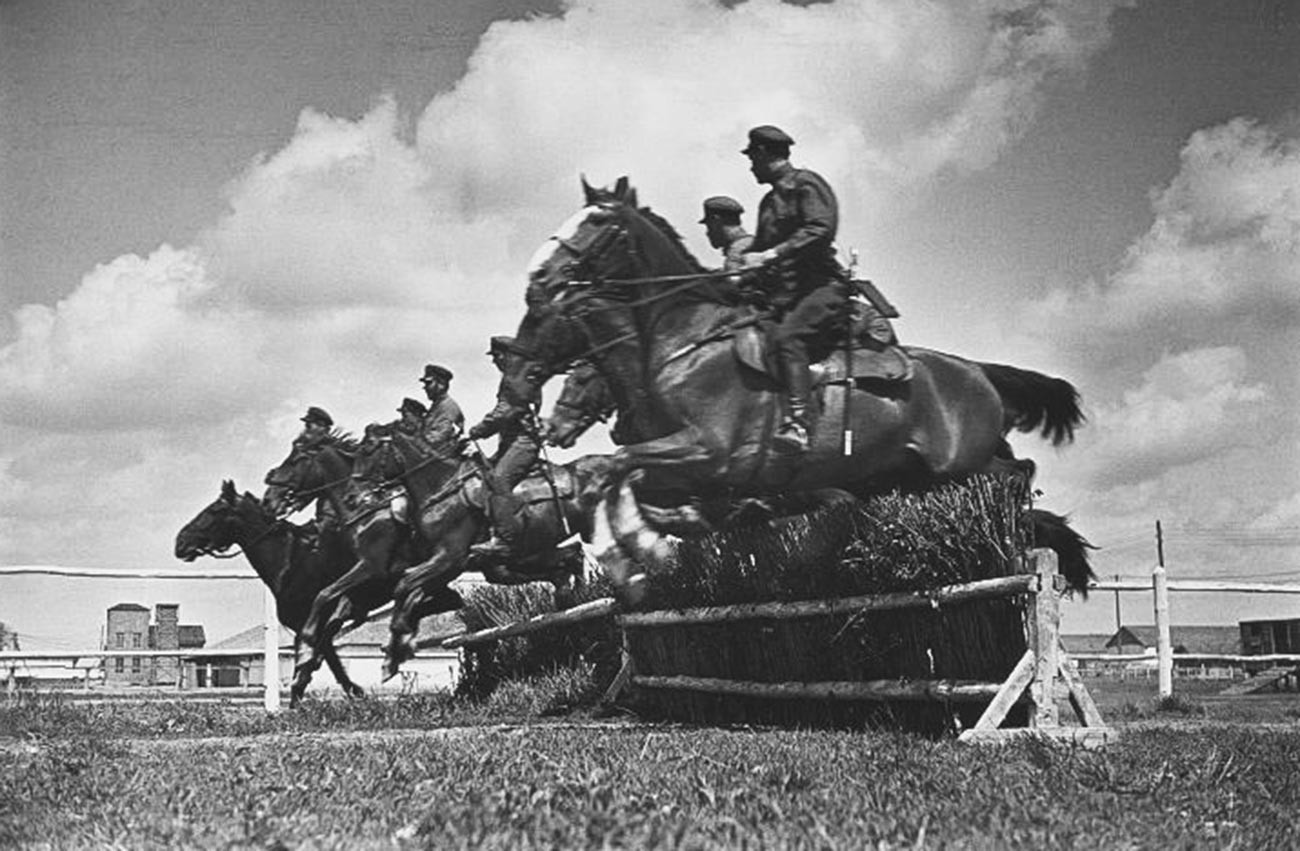 It was in Rostov that the Red cavalrymen revealed some of their less illustrious qualities, which the Soviet propaganda preferred not to refer to in later years. Jekabs Peters, a Cheka (secret police) representative in the 1st Cavalry Army, reported to Moscow: “Budyonny’s army is getting more dissolute with every passing day. There have been reports of robberies, drunkenness and suspicious women present at the headquarters.” To restore discipline in the 6th Division (of the 1st Cavalry Army), outside units of the Red Army had to be involved. And some servicemen were executed. 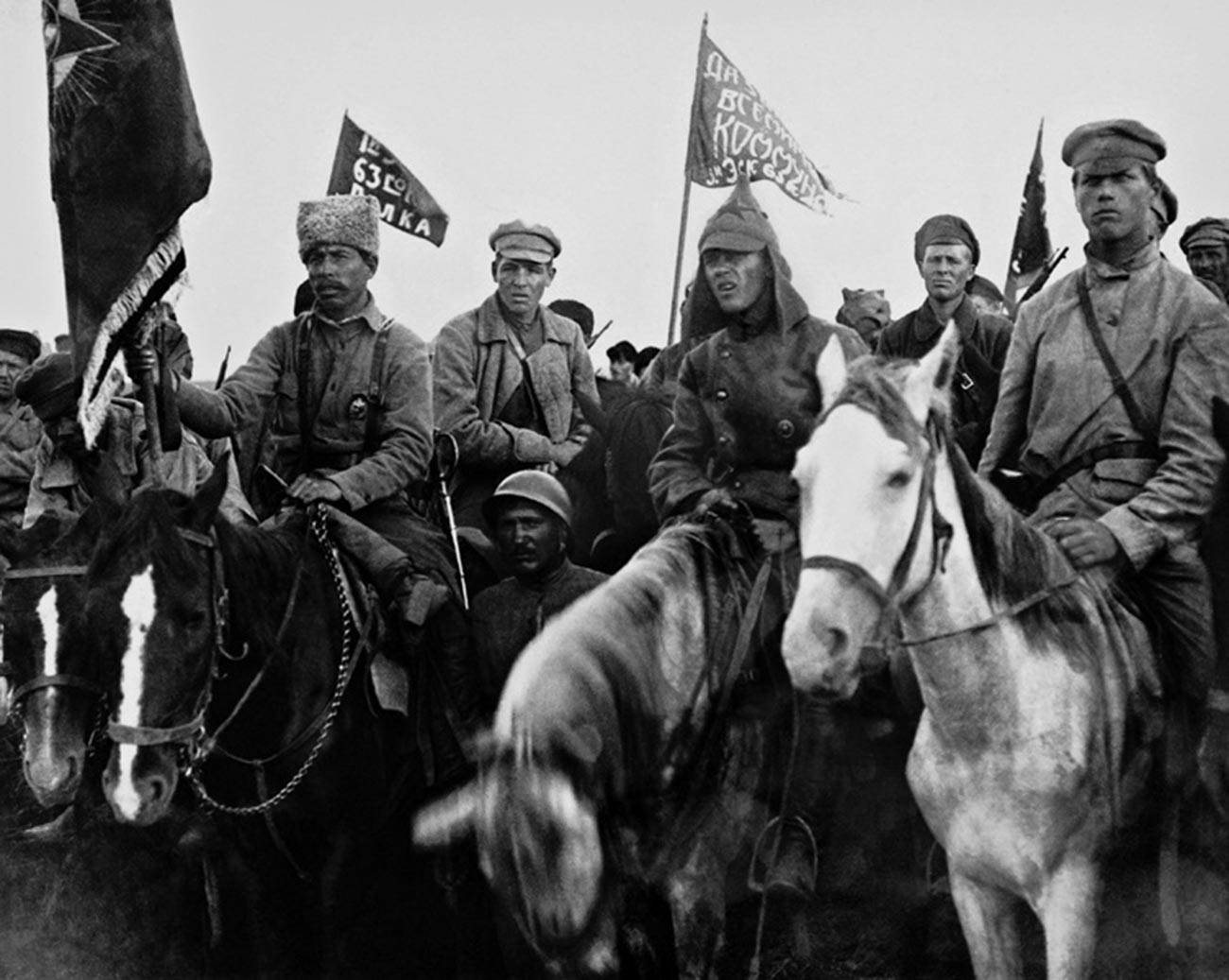 In severe February frosts, Budyonny’s cavalry covered a distance of over 150 km along the steppe and, in what was to become the Civil War’s biggest cavalry battle (involving up to 25,000 people on both sides) near the village of Yegorlykskaya not far from Rostov-on-Don, defeated the White Army’s most important strike unit, General Alexander Pavlov’s cavalry. 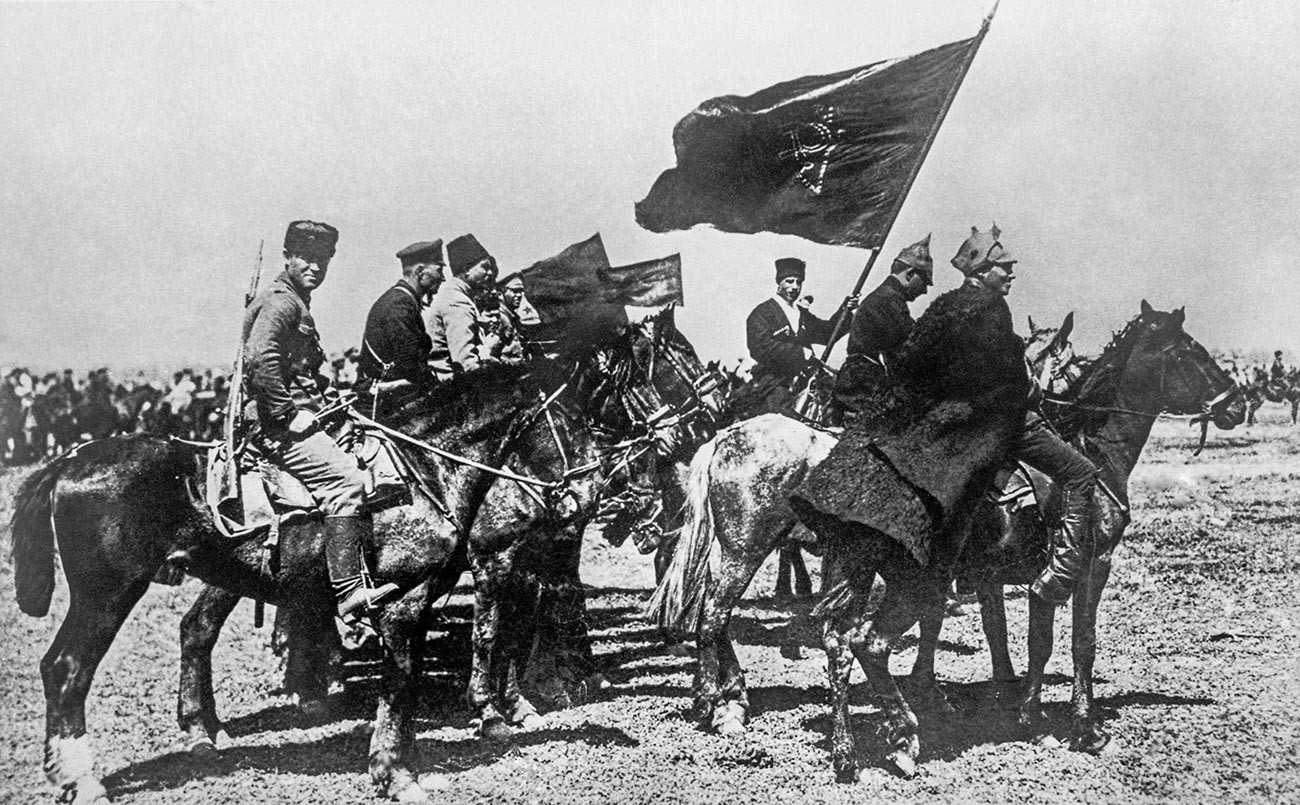 It took the 1st Cavalry Army the better part of two spring months of 1920 to travel from southern Russia to central Ukraine, where a Polish offensive was in full swing. There, it once again became a lifesaver for the Soviet command. Having taken the cities of Zhytomyr and Berdichev, Budyonny’s cavalry emerged at the rear of General Rydz-Śmigły's 3rd Polish Army, forcing it to retreat from captured Kiev in early June. 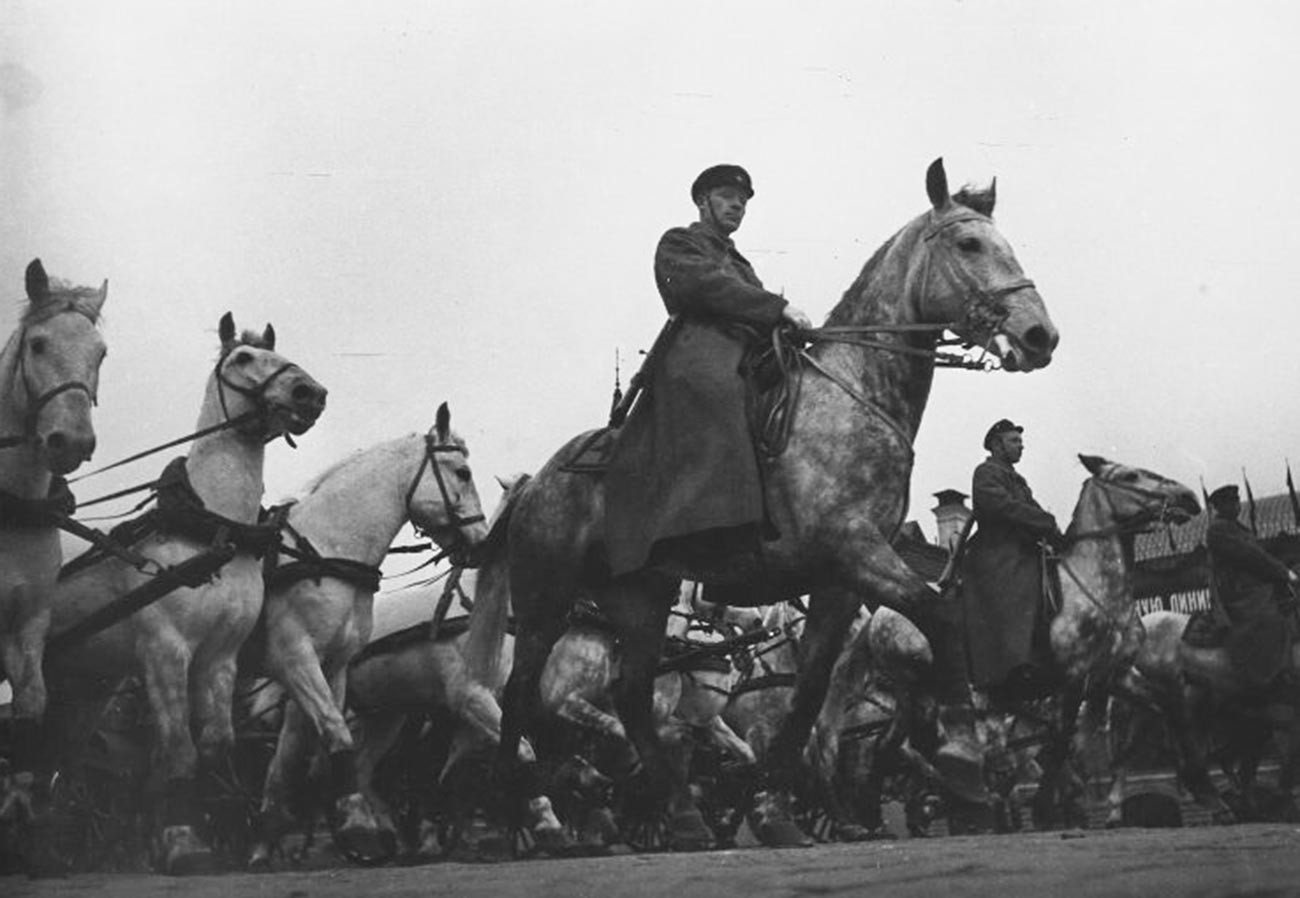 However, subsequent events of the Polish campaign dented the 1st Cavalry Army’s halo of invincibility somewhat. While providing cover for Red Army units retreating from Warsaw in August 1920, it was defeated by the Polish cavalry near Zamosc. Having suffered heavy losses (which have still not been made public), the Red Cavalry Army miraculously escaped encirclement and managed to make its way to the east. The retreat was accompanied by Jewish pogroms and cruelty towards the local population. 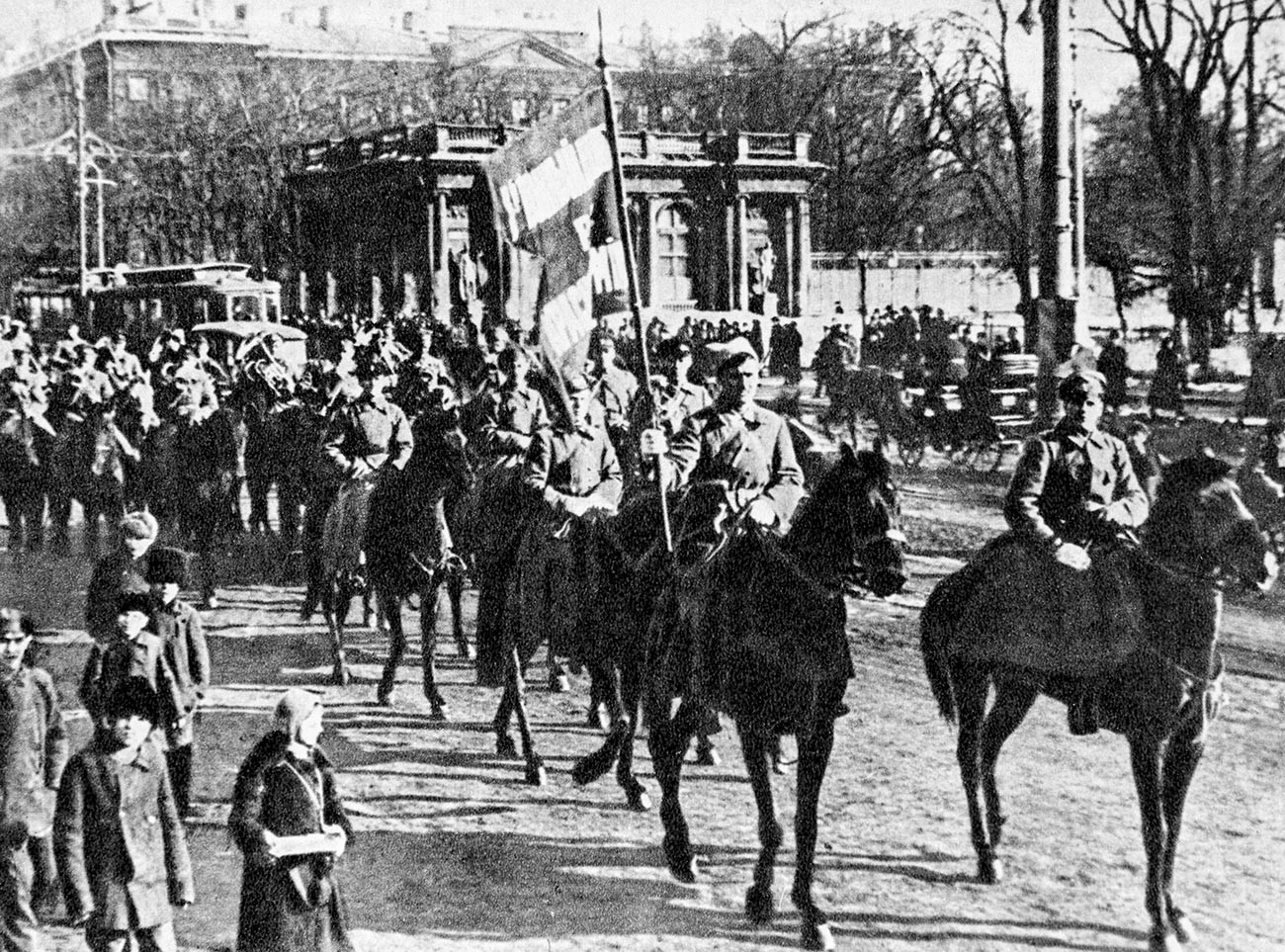 Nevertheless, the 1st Cavalry Army ended its military career on a positive note. Budyonny’s cavalrymen took an active part in defeating General Wrangel’s troops remaining in Crimea and Nestor Makhno’s Revolutionary Insurrectionary Army of Ukraine. When resistance to the Soviet government in the European part of Russia was generally suppressed, the Kremlin decided that the 1st Cavalry Army had accomplished its task, and in May 1921 it was disbanded. 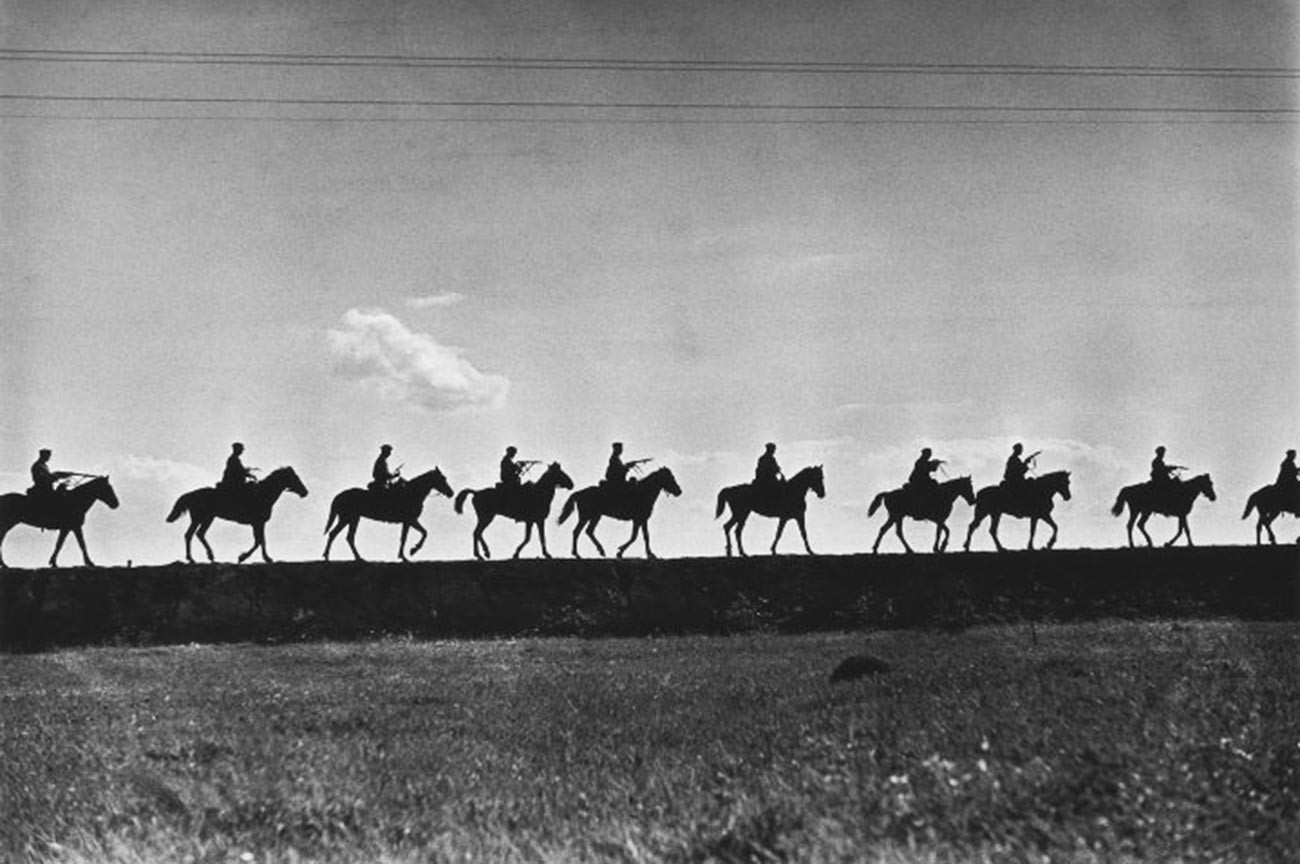