How sex workers lived in the Russian Empire 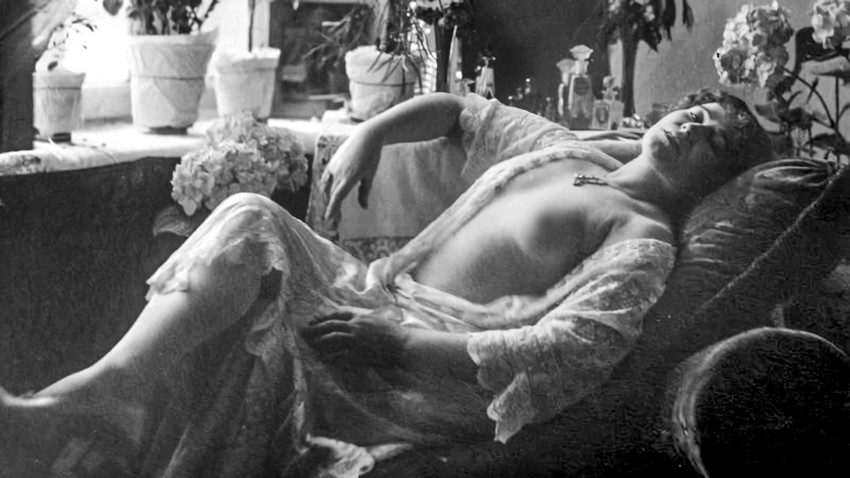 MAMM/MDF/russiainphoto.ru
In Russia before Peter the Great, there officially was no prostitution. So how did Catherine the Great take care of the growing sex worker black market, and which tsar issued ID cards to formally control this profession?

“Marry me – I want you, and you want me,” this frank and quite modern-sounding declaration was written by Mikita to his love interest Malania in the 13th century in the free Novgorod Republic, which was, to all intents and purposes, a European country. Whereas in the Tsardom of Russia before Peter the Great, a woman – in line with Eastern customs – was utterly subordinate to her husband, and the topic of sex was taboo.

Birch bark manuscript №377, one of the first marital agreements in Russian history.

In pre-Petrine Russia, the church was part of all spheres of life in the country: its senior figures influenced politics, while in villages, a priest was often the only permanent representative of any authorities. The church forbade adultery, let alone fornication (sex outside of marriage). Also, women did not really have anywhere to go: rich women lived in terems (wooden palaces) under the supervision of guards and servants, peasant women had numerous chores to take care of and were constantly surrounded by children and relatives. 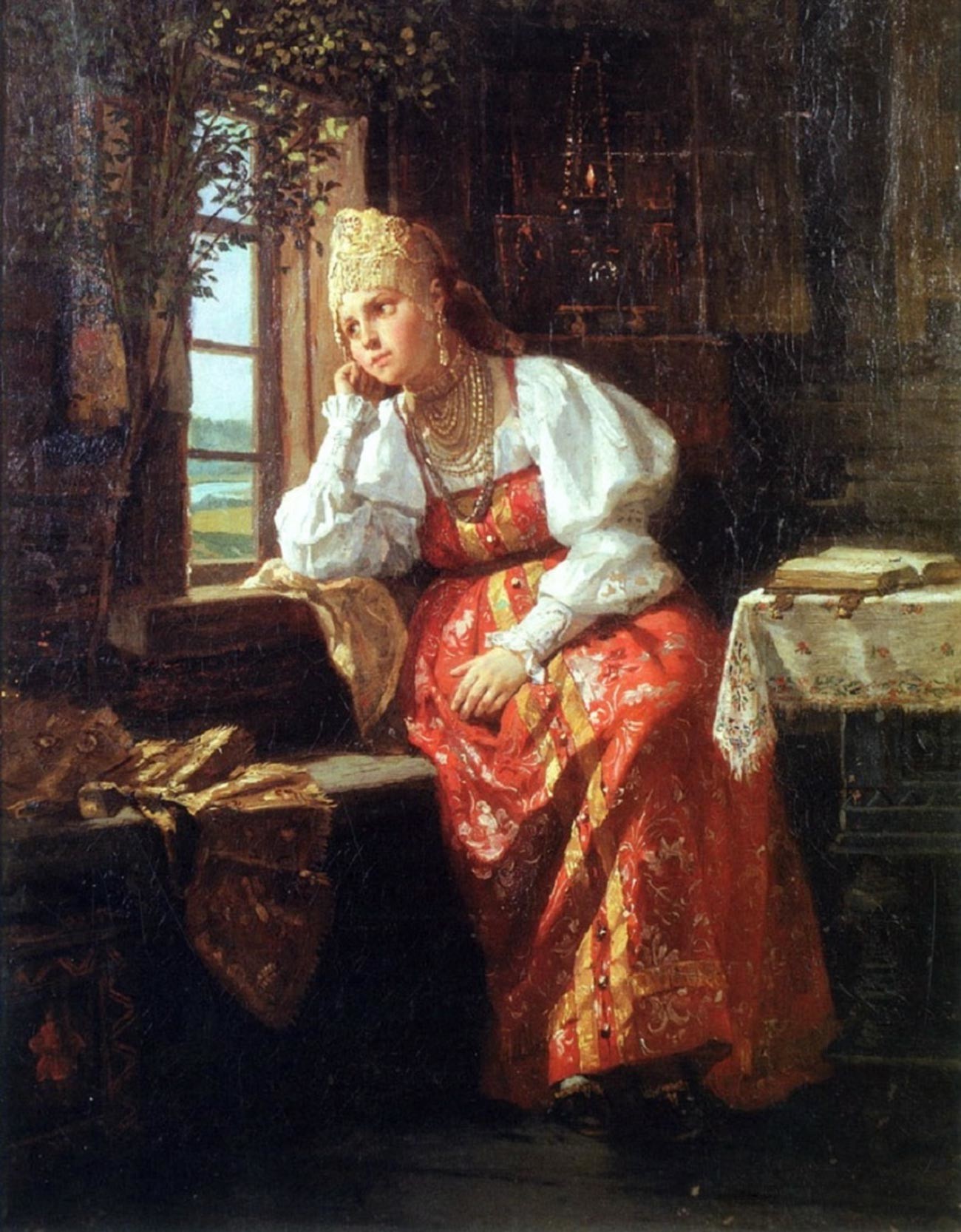 In such circumstances, professional prostitution was virtually non-existent in Russia. Which, of course, does not mean that there was no fornication, whipping of “loose women”, or sexual services in bathhouses... There was pimping too: services to arrange secret meetings prohibited by the Council Code (Sobornoe Ulozhenie) of 1649.

Permanent brothels appeared in Russia only under Peter the Great, when many things were borrowed from Europe, including the intricacies of this delicate sphere.

"Spinning houses" and their residents

In the second half of the 17th century, Russia was flooded by Europeans, who had been hired by the state to build ships, to train soldiers and artisans, to command regiments and flotillas. Along with them, came merchants, cooks, servants and prostitutes. In Europe of the time, love for money had long become commonplace. The first brothels in Russia may have appeared in the German settlement in Moscow, a kind of a European town on the banks of the Yauza river. 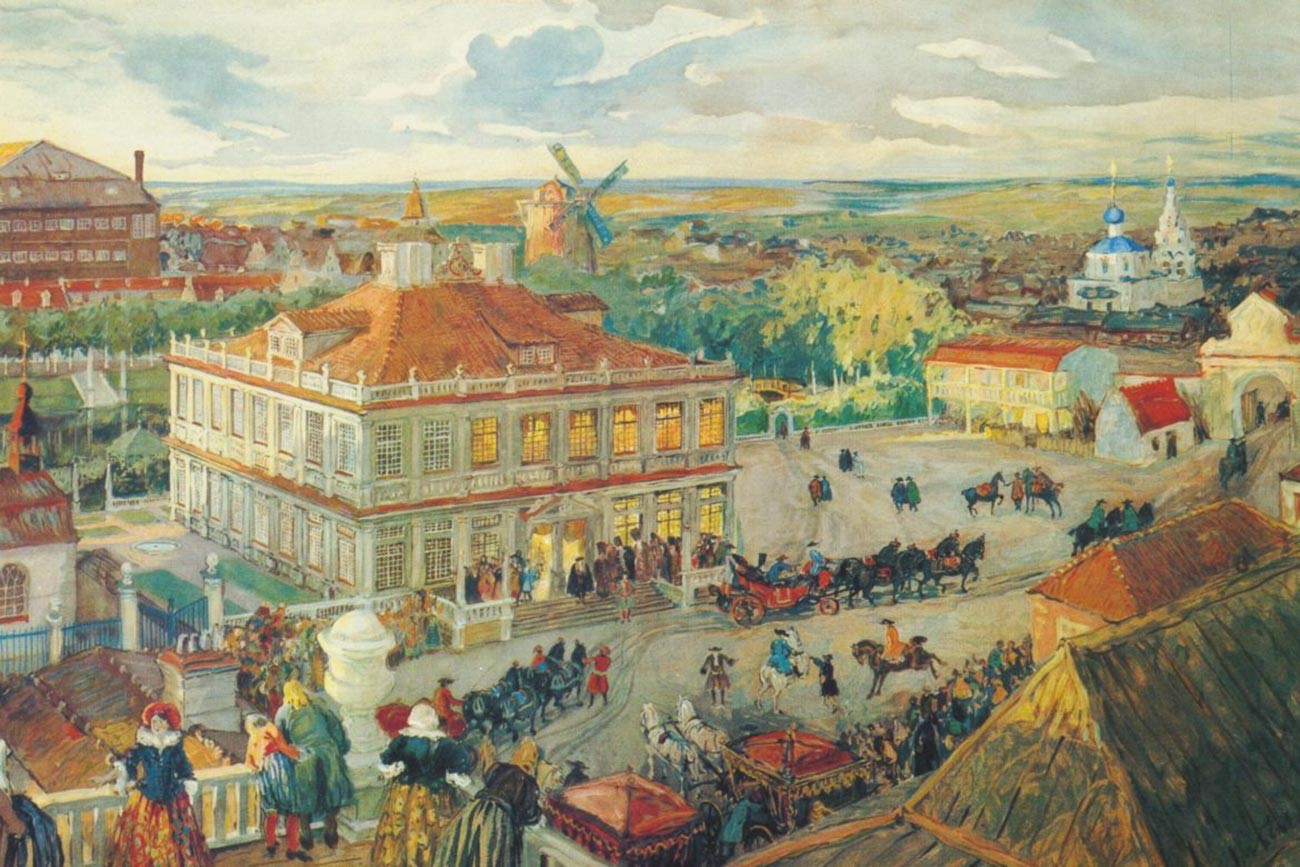 Back in 1697, Tsar Peter wrote a decree for the Yaroslavl voevoda (military governor), Stepan Trakhaniotov, which served as a guide to all city governors. It said: “Make sure that in the city, in the suburbs, [...] and in the villages [...], no one has any taverns, brothels or smoking places." Which indicates that at the time Russia already had regular places where customers could get sex for money. Prostitution, and with it sexually transmitted diseases, penetrated the army too. In 1716, in the Military Code, Peter ordered regimental doctors to treat "officers who get themselves French diseases", but for a fee.

The tsar’s decree of February 13, 1719 ordered that “women and girls guilty of crimes that do not fall under capital punishment" be captured and placed in "spinning houses", where they could work producing yarn and be fed, like hard labor prisoners. The first such establishment in St. Petersburg was the Kalinkinsky Workhouse at 166 Fontanka street, attached to the St. Petersburg Trellis Manufactory. 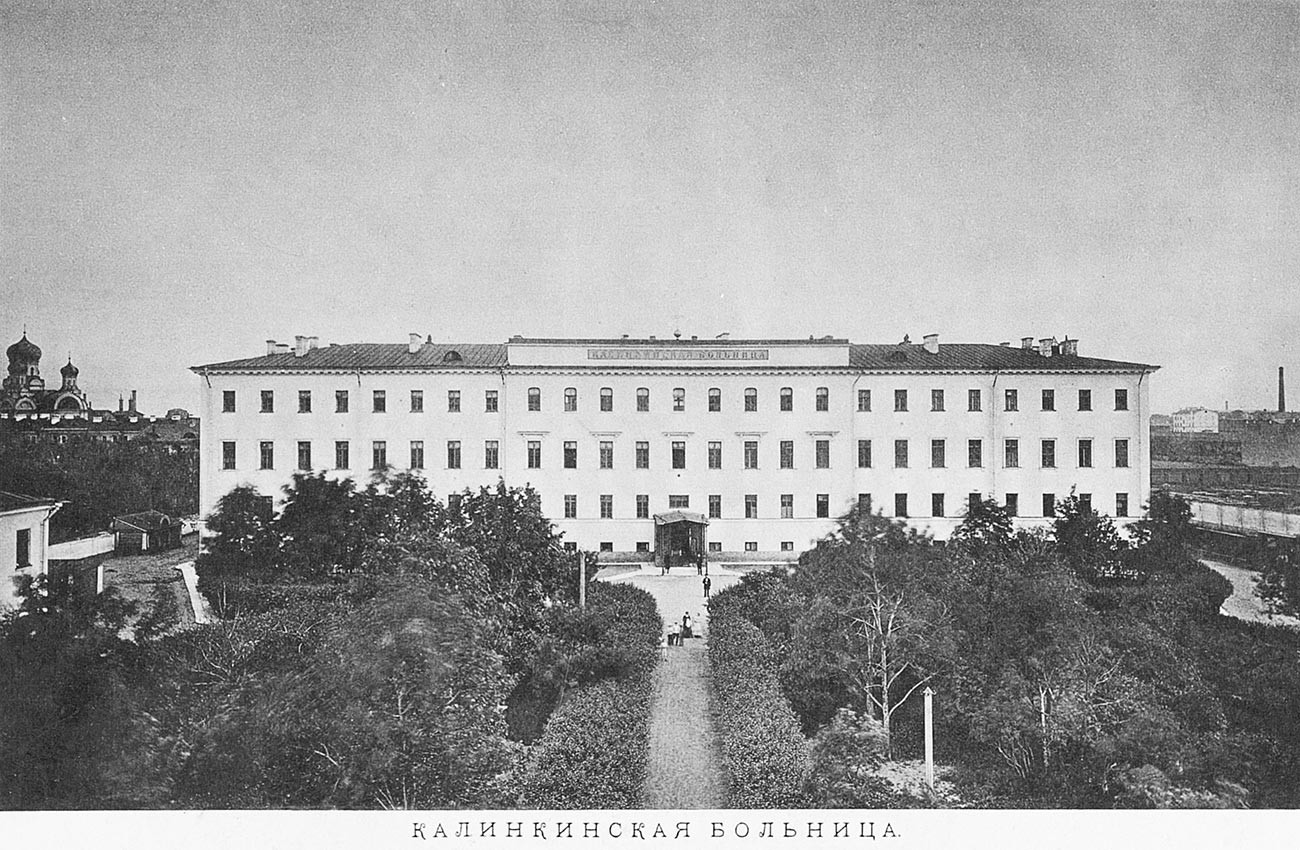 Catherine the Great personally addressed the problem of the spread of infectious diseases in society, as well as matters of public morality. Her Statute of Decency (1782) banned brothels and prostitution, making both punishable with a fine and six months in a workhouse. Earlier, in 1771, Catherine ordered all industrialists to give work at their factories to convicted prostitutes: previously, under various pretexts, masters just sent those women back to the police.

The authorities did not seek to isolate or exile prostitutes and pimps: they were simply made to work for the state from time to time and pay fines. By the end of her reign, Catherine issued a decree ordering all sex workers to undergo medical checkups and was considering allocating dedicated places in cities for brothels, but her death cut those plans short. 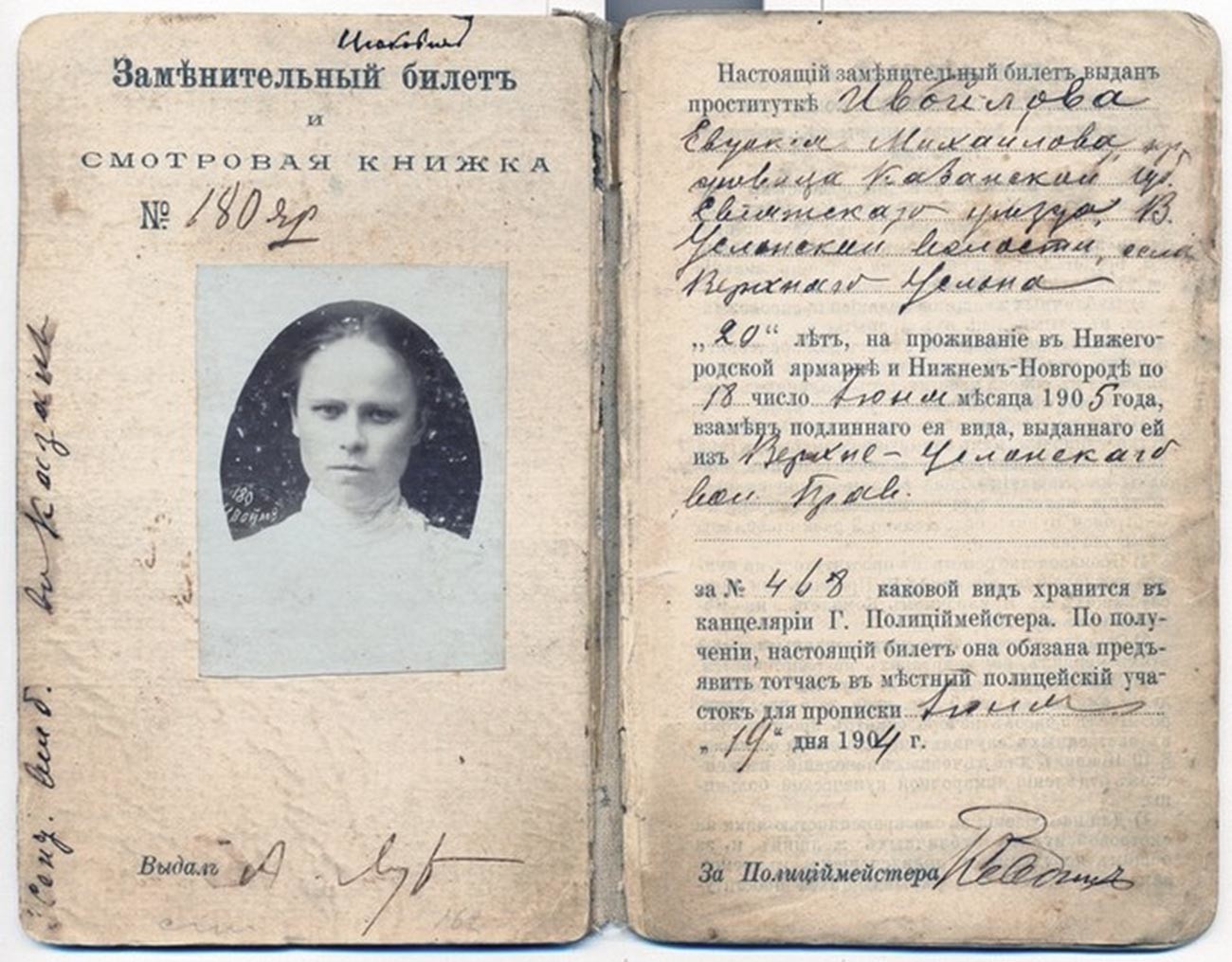 A 'substitute ticket' of an early 20th century sex worker

Nicholas I in effect legalized prostitution in Russia, which – under previous laws – was still formally prohibited. In 1843, a Medical-Police Committee was established, which registered prostitutes. Now, instead of a passport, they were issued with a “substitute ticket”, which recorded their medical checkups and payment of duties. In 1844, Rules for Brothel Keepers and Rules for Public Women were issued.

Nicholas I (who, by the way, had several well-known favorites) was a military man and understood how much men doing long and grueling military service (and most cities in Russia had army regiments deployed and lodging locally) miss women's company. Human nature, according to the emperor’s logic, should not be eradicated, but regulated.

How did Russian sex workers live? 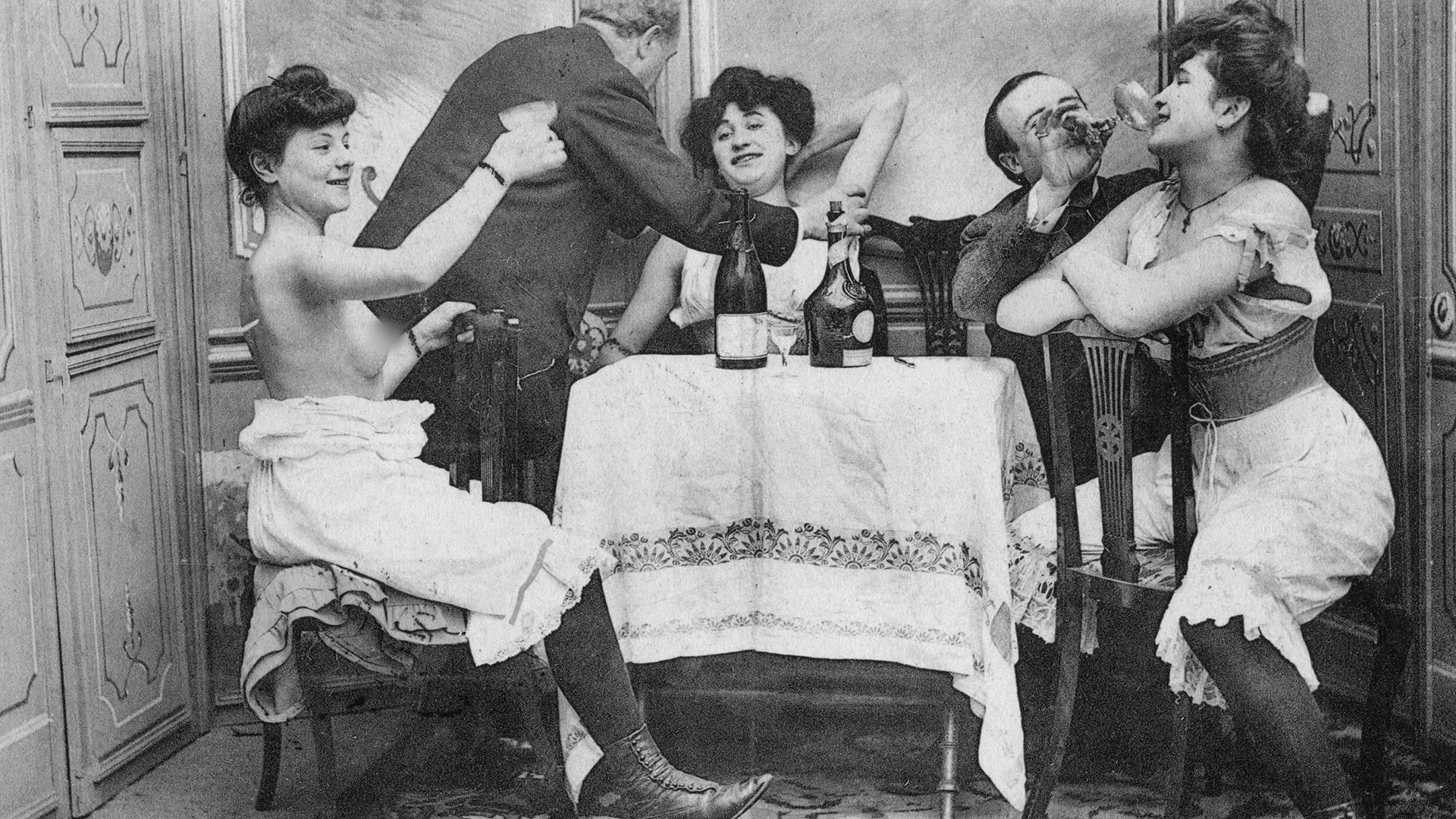 From 1844, “trustworthy” women aged from 30 to 60 were allowed – with the permission of the police – to open brothels. Girls under 16 (the lowest marriageable age at the time) were not allowed to work there. The madam was required by law to look after the health of women living in her brothel. Brothels were regularly visited by doctors, who sent women with obvious signs of “French diseases” to hospitals, and gave healthy ones a clean bill of health by stamping their ID tickets.

Dens of iniquity and brothels in Russian cities, just as in Europe, were usually located in certain neighborhoods. Those places could be usually identified by their tightly closed and curtained windows. In 1861, curtains during the day and shutters at night became mandatory for all brothels. It was also then that brothels were ordered “to operate discreetly", i.e. without any signage or advertising, and were banned from being located less than 300 meters (325 yards) from colleges, churches and schools. 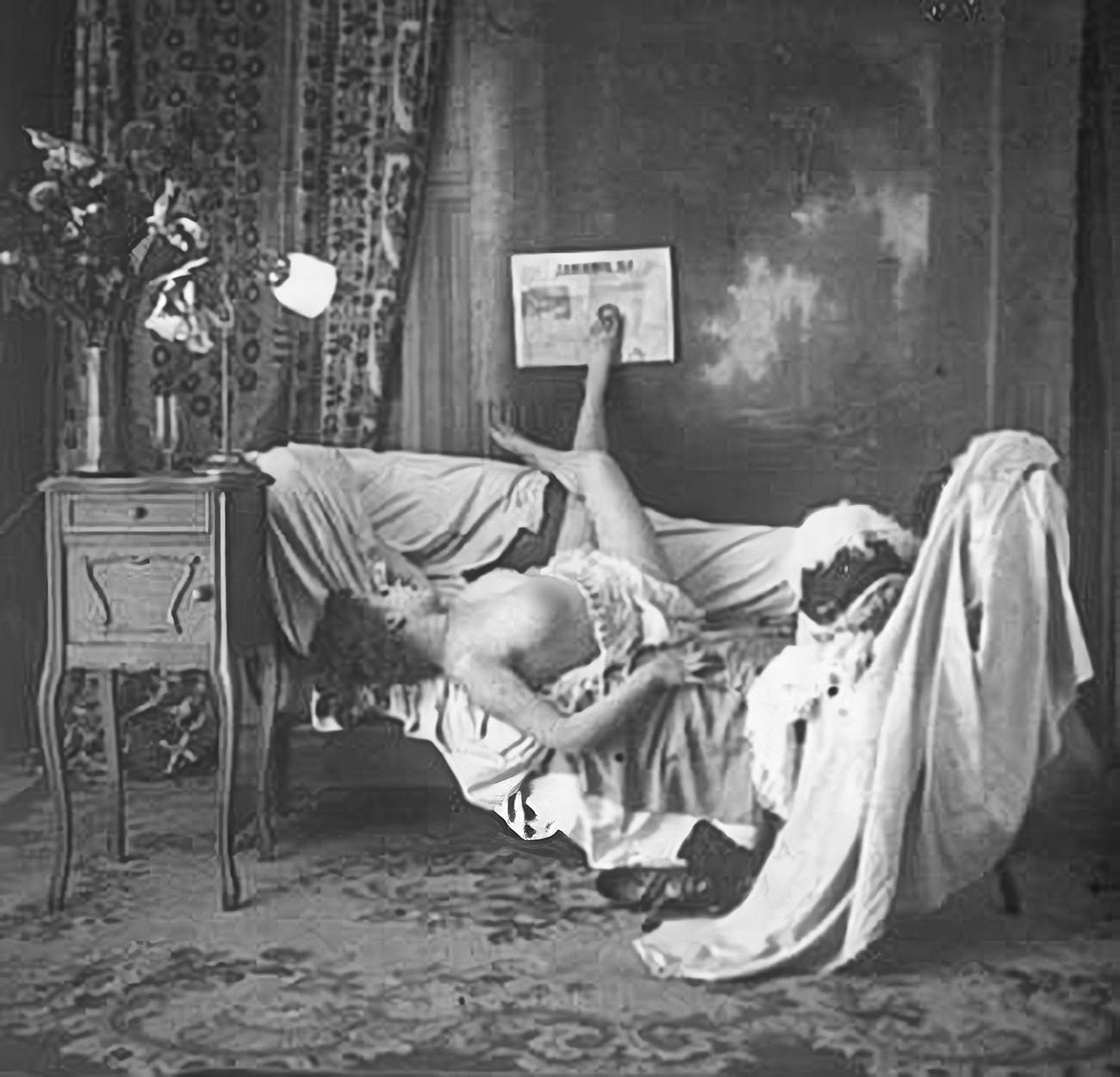 Communication with clients took the form of coded signs. Historian Svetlana Malysheva writes that on one of the streets in Kazan, the sign was a toy dog in the window: if it was turned facing the street that meant that the girl was free.

The set-up and setting of brothels varied depending on their level and region; the best brothels in the capitals looked more like hotels – with a staff of servants, a restaurant, and live music ... In provincial towns, things were often far less glamorous. 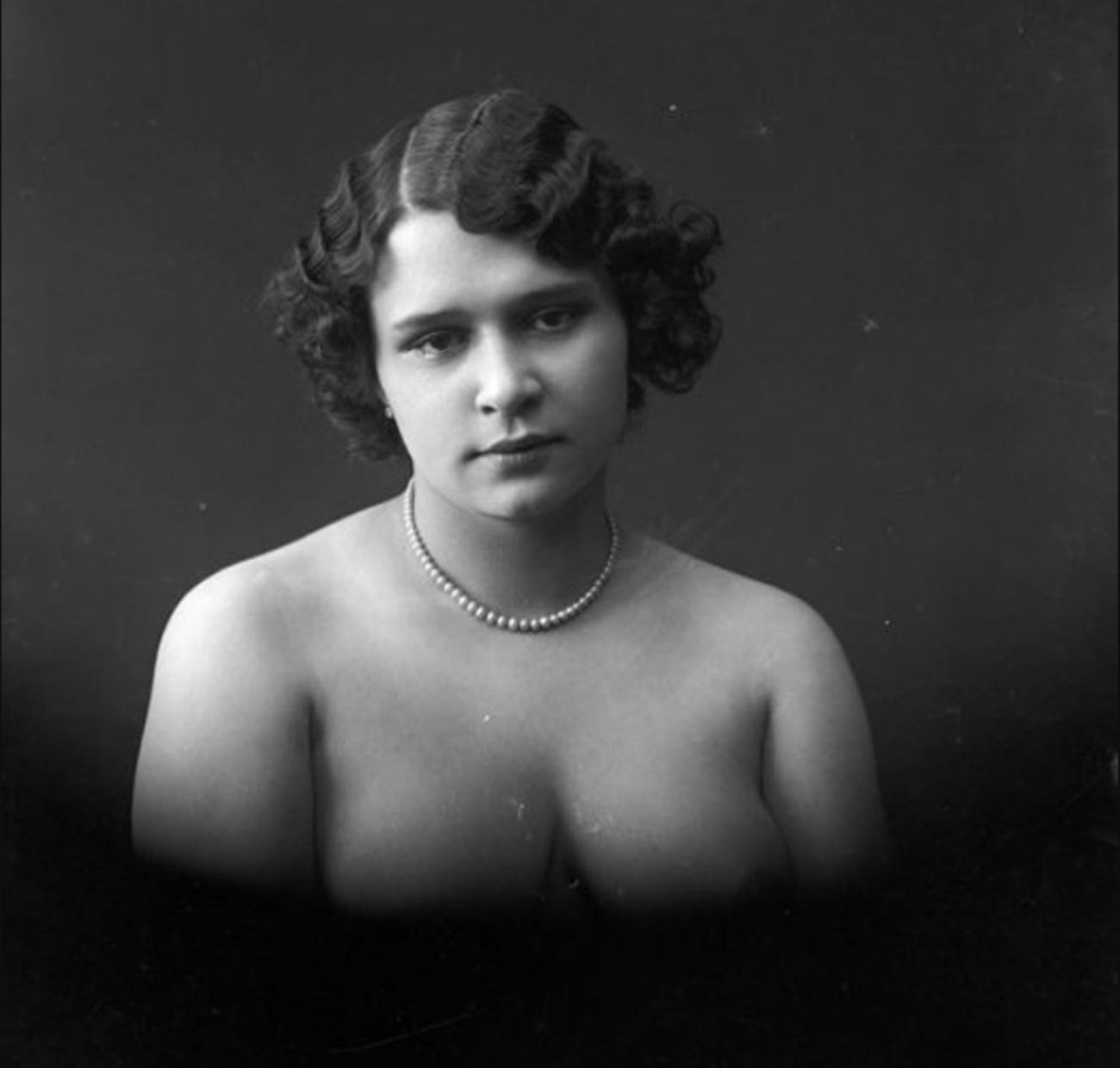 The number of “girls” in provincial brothels always exceeded the number of beds in the establishment, which meant that when they were off duty women had to sleep together. Drinking was an indispensable part of their everyday life; in the 1870s, the government even lifted the ban on storing alcohol and selling it to customers in brothels: since it had never been possible to enforce it.

In the mid-19th century there were, for example, about 2,000 registered prostitutes in St. Petersburg; by 1901, the number of brothels was 2,400 and the number of women working in them, over 15,000 (and these are only the officially recorded figures!). Without registering as prostitutes, “chorus girls”, “harpists”, and “singers” lived at the establishments where they practiced the same trade; although often they indeed could sing or play musical instruments. 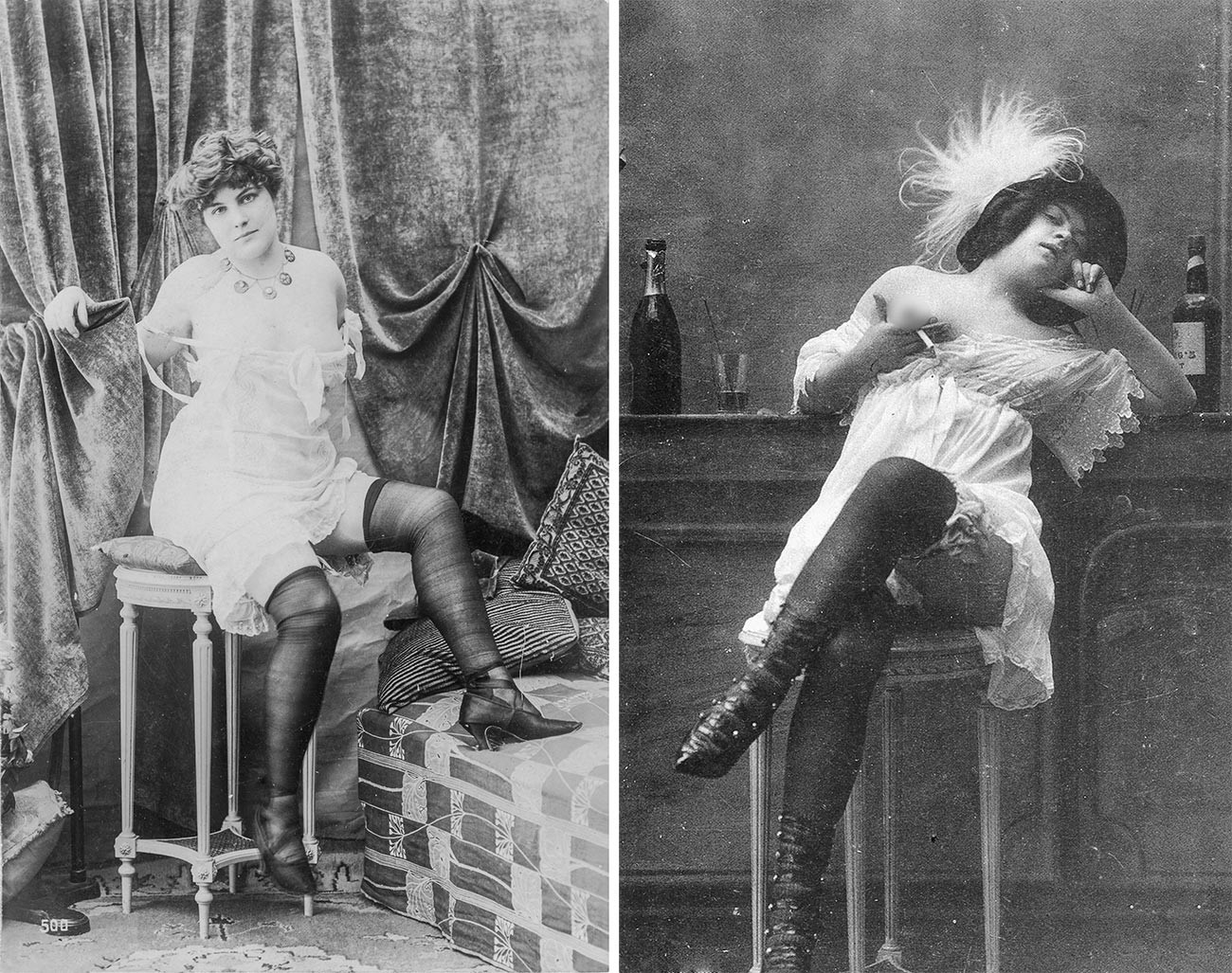 It was this “secret” prostitution that was the main occupation of the majority of sex workers in the Russian Empire, and it saw an incredible growth with the outbreak of World War I. “Cities are like some kind of colossal brothels,” one soldier wrote in a letter home to his village in 1915.

On the eve of the revolutionary year 1917, the number of women in Russia who traded sex for money was countless. In pre-revolutionary society, paying a visit to a prostitute was not considered "fornication", as it was in Old Rus and is in modern Russia. It was a socially acceptable form of male leisure, traditional for students, officers, and other groups of urban males. After the Bolshevik Revolution, all that changed.

READ MORE:Sexual revolution in the 1920s in the USSR