What did a Russian woman have to have in order to get married? 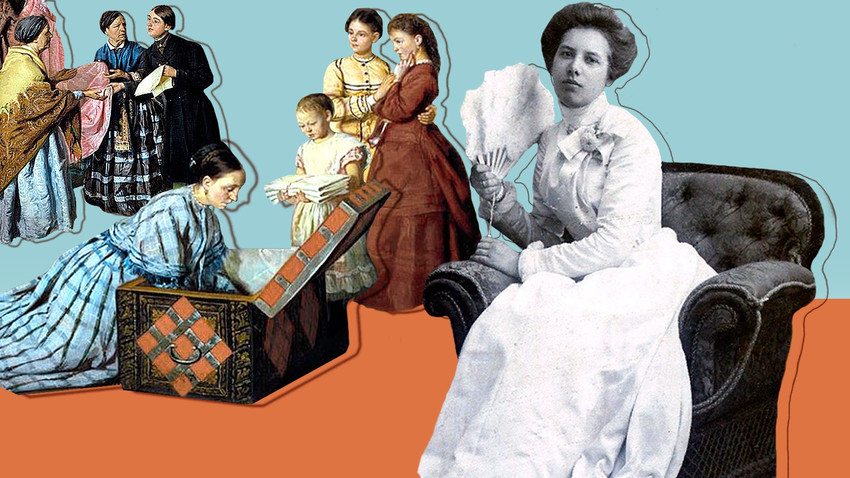 State Tretyakov Gallery; Nikolai Sazhn/russiainphoto.ru
In the past, a Russian family would begin collecting a dowry for their daughter from the moment she was born. The state budget even had a dedicated expenditure item for the dowry of daughters in the Russian imperial family.

These days, in modern society, people usually marry for love, whereas previously marriage was more about an economically beneficial union for both parties (although feelings had a part to play, as well). The more aristocratic and wealthy a family was, the more thoroughly it approached the search for a partner for their offspring. 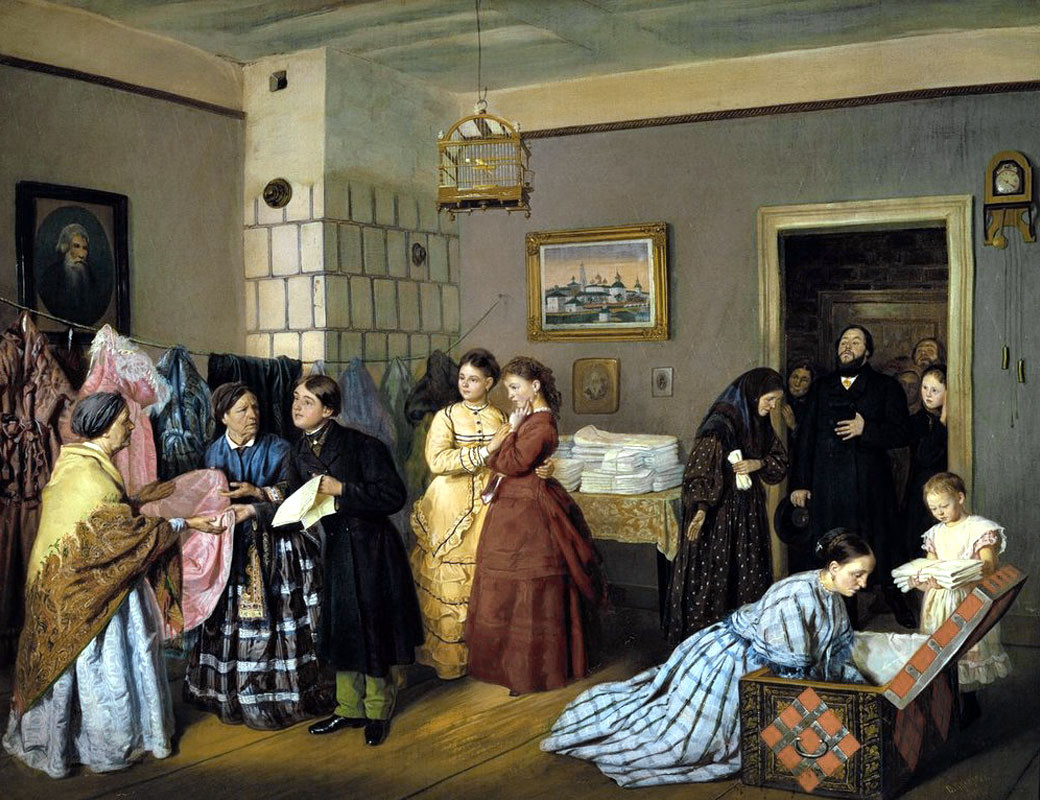 Registration of the dowry, Vasily Pukirev, 1873.

One of the most important criterias was a bride’s dowry, through which her family would demonstrate their wealth, in order to attract a titled husband. Since, after marriage, the woman was to be kept by her husband, the dowry was her contribution, as it were, into the family’s finances and her “security”, just in case. At the same time, the husband could only dispose of his wife’s dowry with her consent and he had no rights to her premarital property. This rule applied to couples in any class, be they aristocrats or peasants.

What did a dowry consist of?

A dowry could comprise different things. In poorer families, it usually included household items: for example, bed linen, tablecloths, lace, hand-made fabrics, dishes. A bride had to have everything that she would need to run a house, at least to begin with. The items were kept in a large wooden chest, which the young woman brought with her to her husband’s house after the wedding. 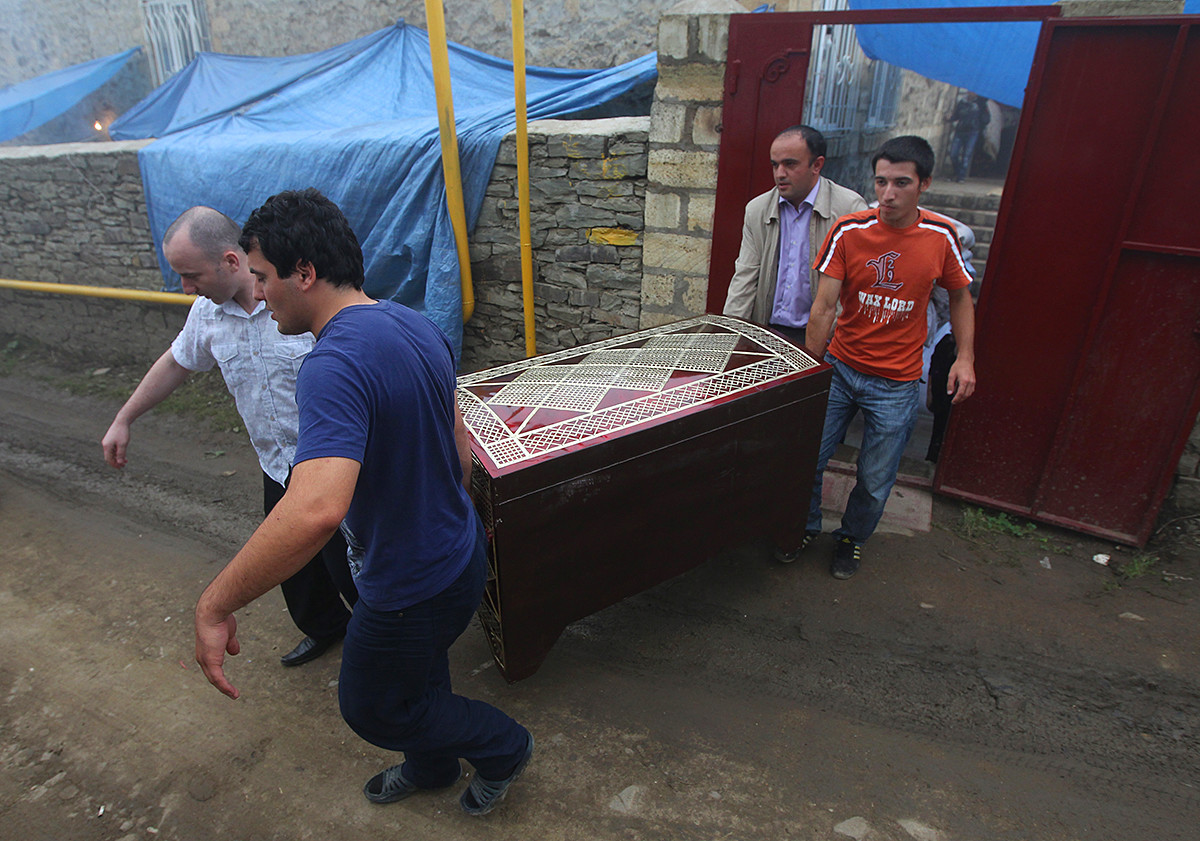 In peasant families, women could own cows or sheep, and if she sold, for example, items made from the wool of her sheep, the money was also hers (and her children's). 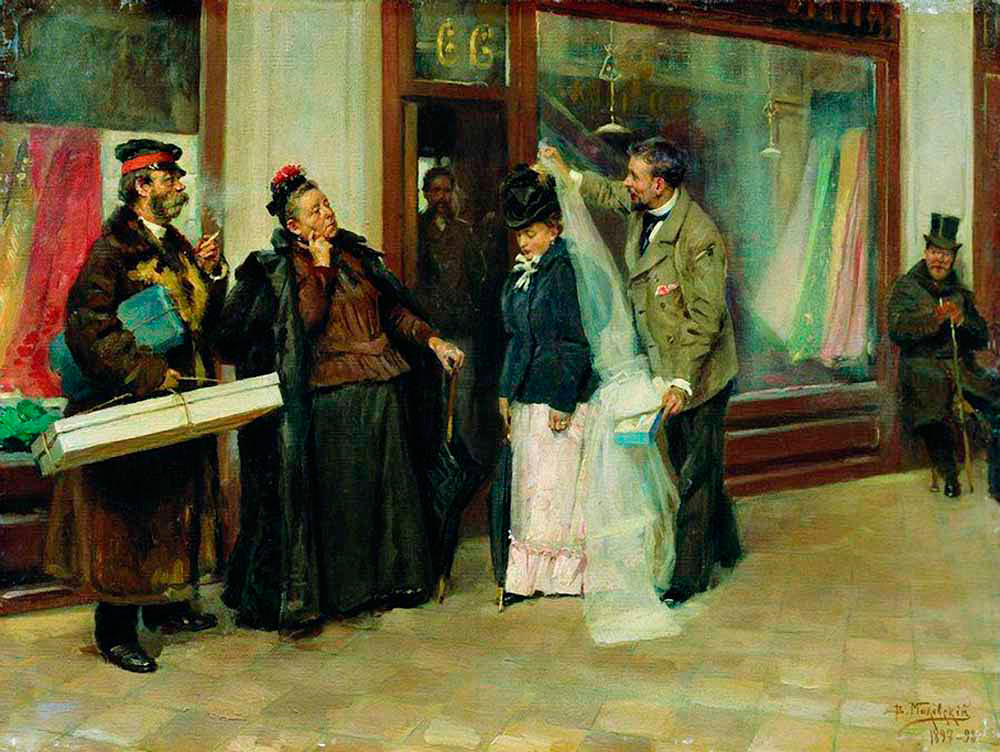 As mentioned earlier, a dowry began to be put together from a girl’s early age: first, it was done by her mother, and then by the future bride herself. Girls made their own clothes and kitchen textiles, competing in the skill of their needlework, so that their dowry would look more appealing than others’.

A dowry was not something that a family would keep secret: on the contrary, they would usually tell potential grooms about their daughter’s property. After a marriage was agreed, an inventory of the dowry was made, and on the wedding day, the bride’s relatives would traditionally demand a “ransom” for that property.

The dowries of girls from noble families related to the imperial family were regulated by the laws of the Russian Empire. According to a 1797 law, if a marriage was carried out at the sovereign’s wish, the girl received a dowry from the state treasury, depending on how closely related to the tsar she was, from 100,000 rubles (for a great-great-granddaughter) to a million (for a daughter). In 1886, the amount for distant relatives was reduced to 30,000 rubles. Furthermore, after the wedding, the girl received only half of the sum, while the remainder was kept in a bank and she was paid an annual interest. Tenders were held among purveyors of various goods to go into the dowry of a tsar’s daughter or granddaughter: porcelain, glass and furniture factories greatly valued the prestige attached to those orders and the benefit they could bring to their companies’ reputation. 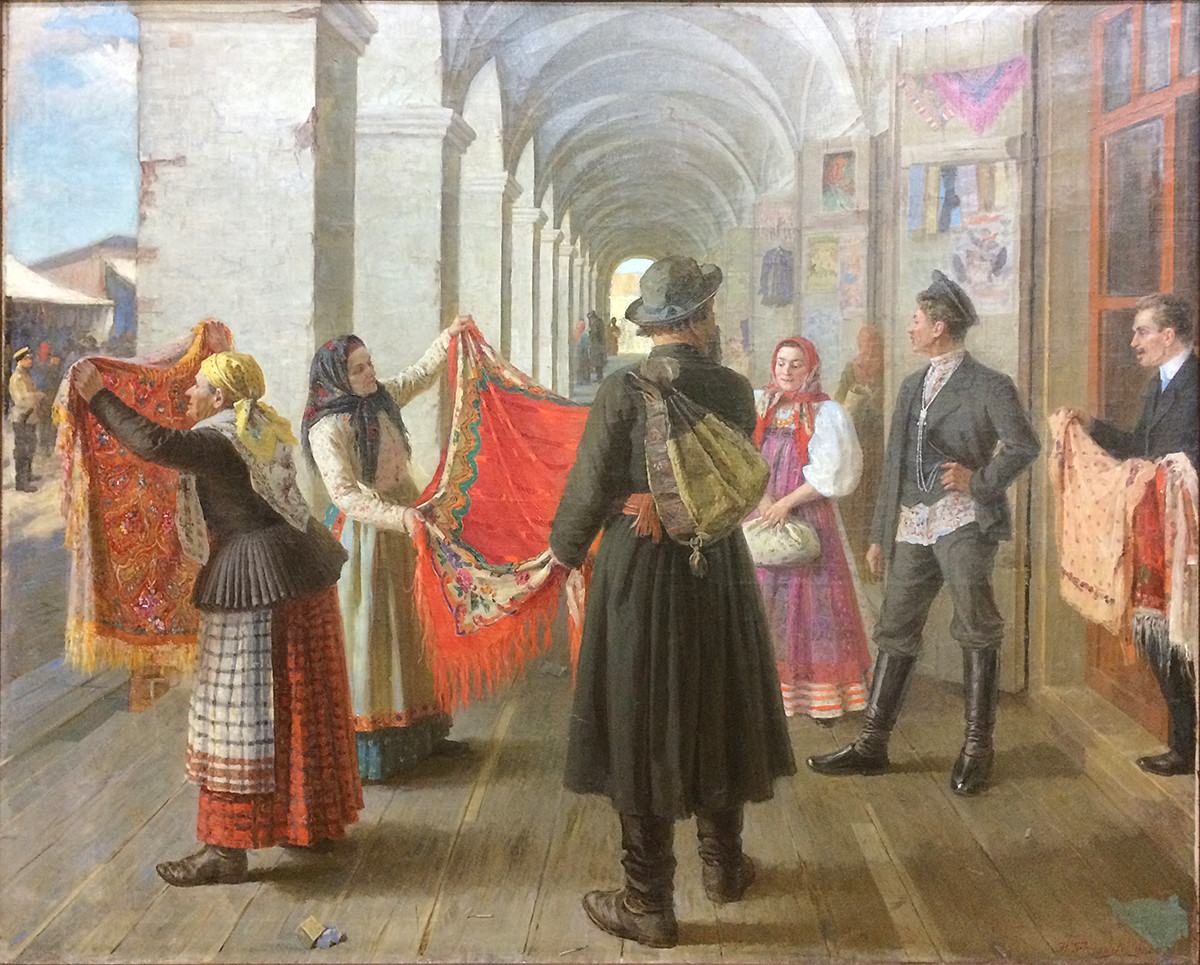 If a Grand Duchess married a foreigner, a marriage contract was a must. In addition, the dowry of a bride marrying into a foreign family included a portable church with all the necessary church ware, if the husband was of a different faith. Russian brides abroad usually spent their money on their households, traveling and their own needs.

Could a woman marry without a dowry? 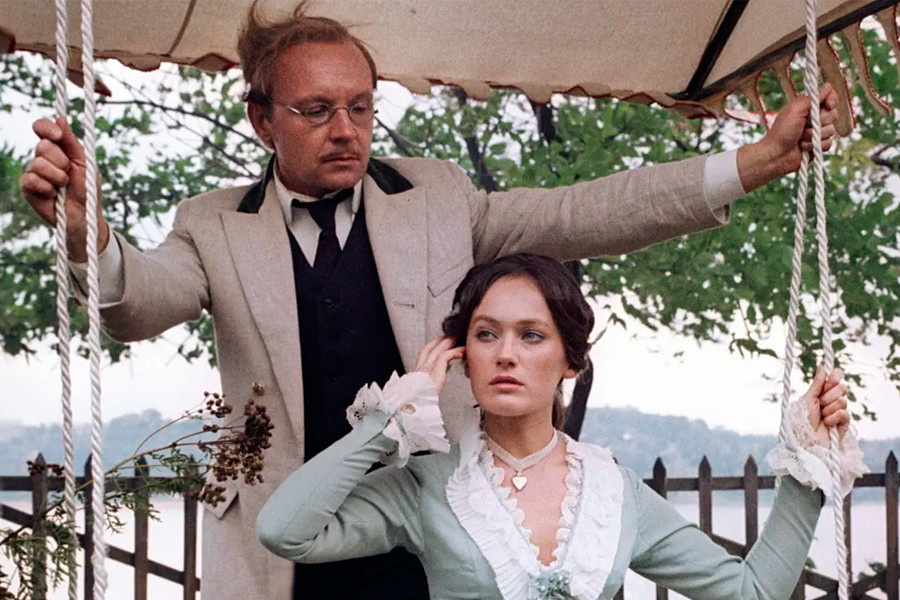 A scene from the Cruel Romance movie, based on Ostrovsky play.

Of course, women got married without a dowry, too - however, they could not count on a particularly good match. Great Russian playwright of the 19th century Alexander Ostrovsky wrote a play called ‘Without a Dowry’ about a young woman who is forced to get engaged to a man she finds repulsive, because the one she loves has chosen a bride with money. In the end, her fiancé kills her out of jealousy.

Is a dowry expected today?

Marriage traditions changed dramatically in the early 20th century, when women were given equal rights with men. A dowry ceased to be of key importance, although women continued to collect bed linen and towels ahead of their wedding, even in Soviet times. In villages, you can still come across wooden chests with grandmothers’ and great-grandmothers’ dowries – proper antique items! 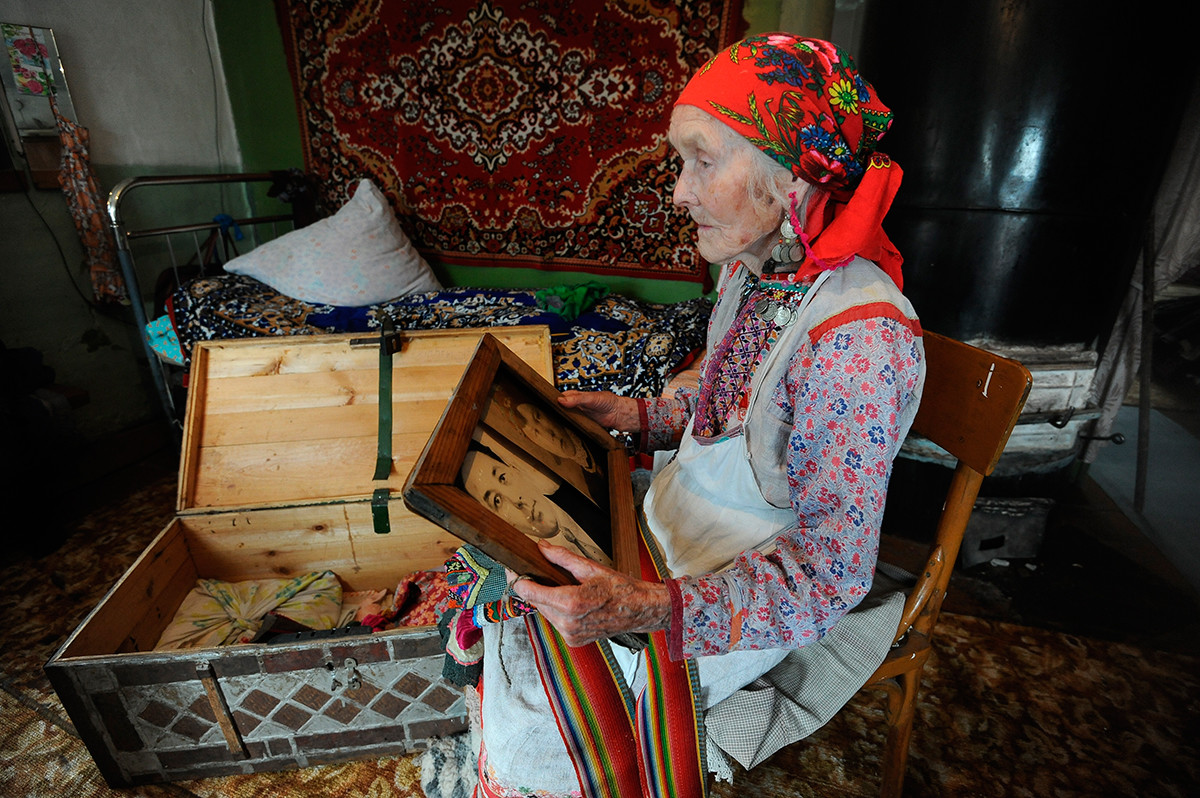 A woman from Malaya Tavra village.

Whereas, in the North Caucasus republics, a dowry is still an integral part of any wedding. Though, of course, these days, it can be put together in a very modern and convenient way: in Chechnya and Dagestan, there are special “dowry stores” where you can buy everything you need and immediately pack it into a pretty chest. 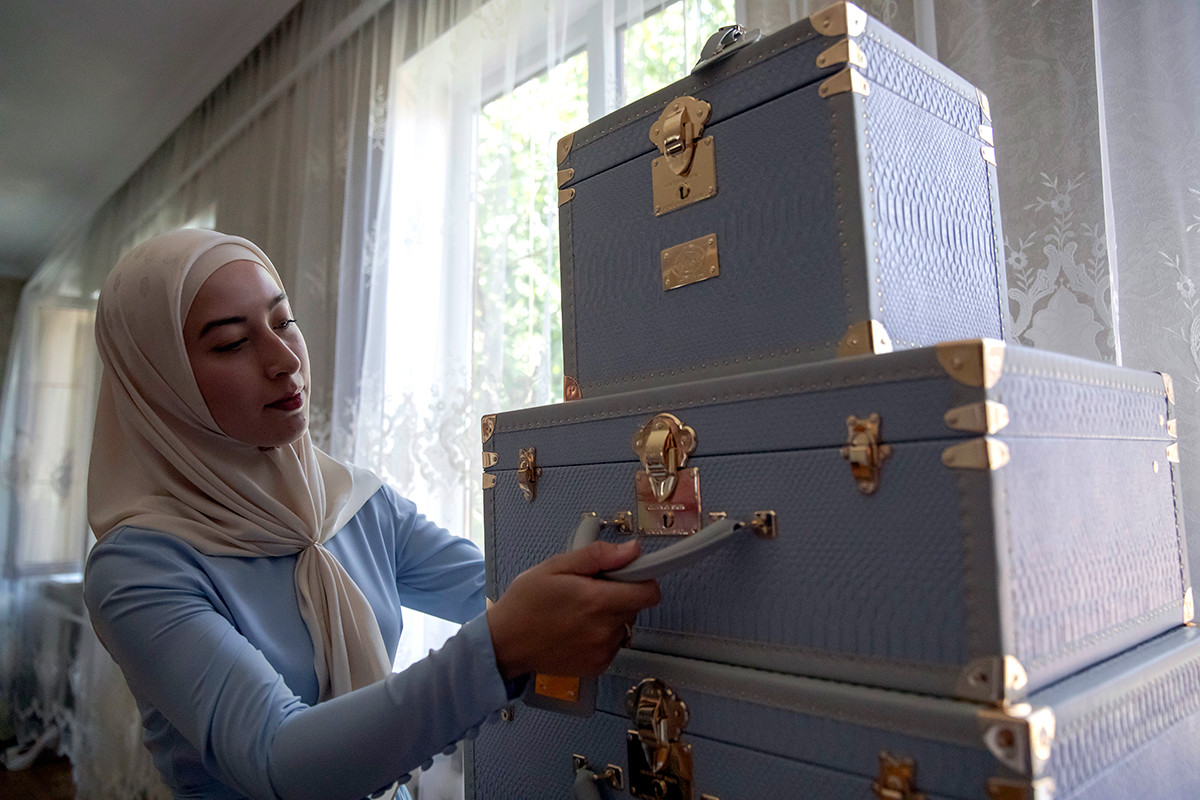 It is customary for a modern-day dowry to include things that should last the bride in the first year of her marriage. The list features bed linen, clothes, shoes, jewelry, a fur coat, handbags, cosmetics, as well as a gift for the girl who opens the bride’s chest.