The most Russian things... according to Russia Beyond readers 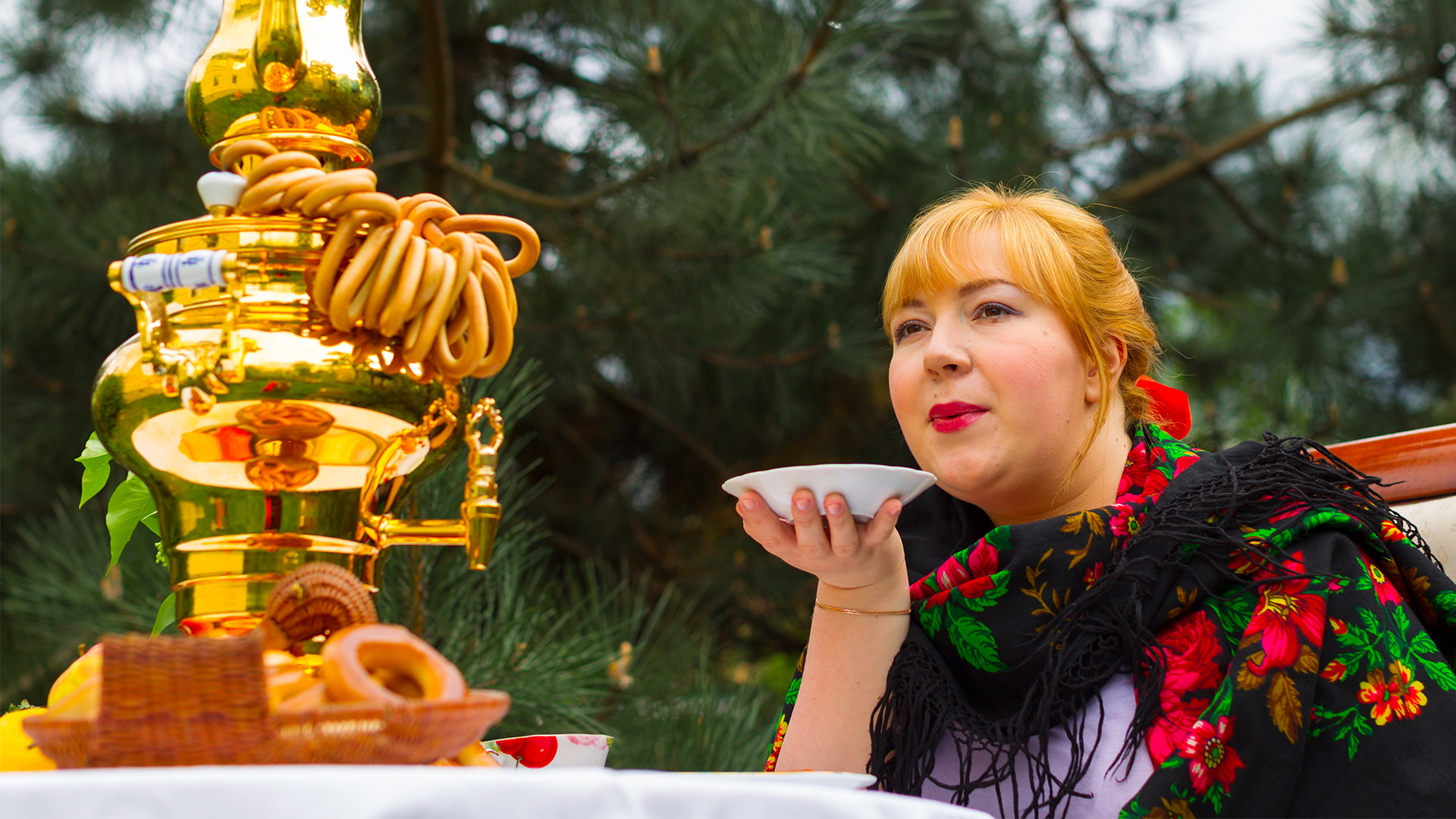 Legion Media
We asked our readers what they consider to be the ‘most Russian’ city, character trait, proverb, etc… Have a look at their answers and see if you agree with them!

Recently, we asked our writers, editors and contributors to tell us what they thought were the ‘most Russian’ things and shared the results on our website. We also asked our readers to take part in a poll and have their own say. We received a number of responses - and here’s what they told us:

1. The most Russian city 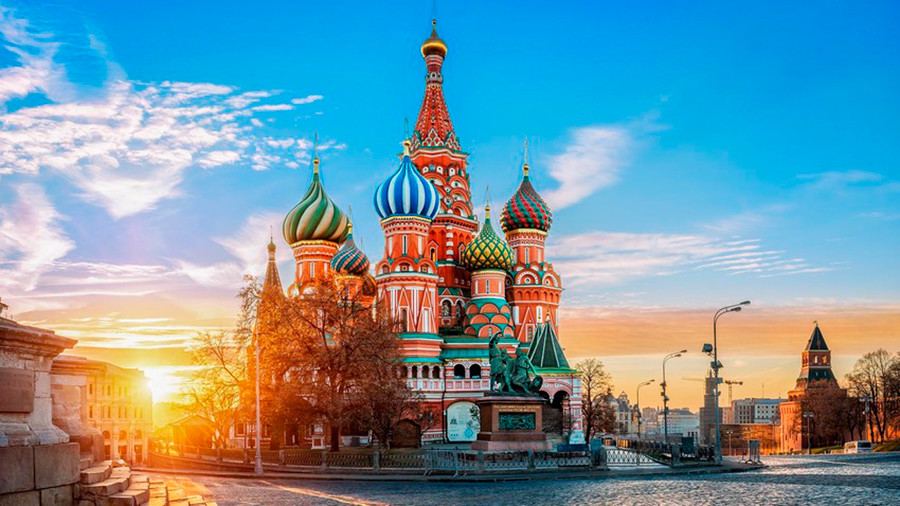 Our staff’s opinions were split between Moscow and Suzdal. And, unsurprisingly, our readers also chose Moscow. Indeed, the capital of Russia, with its Kremlin and cathedrals, is worthy of the title.

However, we couldn’t not mention other interesting replies: Yaroslavl, Nizhny Novgorod, Sergiev Posad, Kazan, Tyumen, Volgograd, Yekaterinburg, Novosibirsk, Vladivostok. To be honest, we were pleasantly surprised that our readers know so many Russian cities - and have even been to some!

“Definitely the villages, the Russian heart isn’t confined to Moscow or Peter,” one reader replied - and we can’t argue here, either!

2. The most Russian character trait 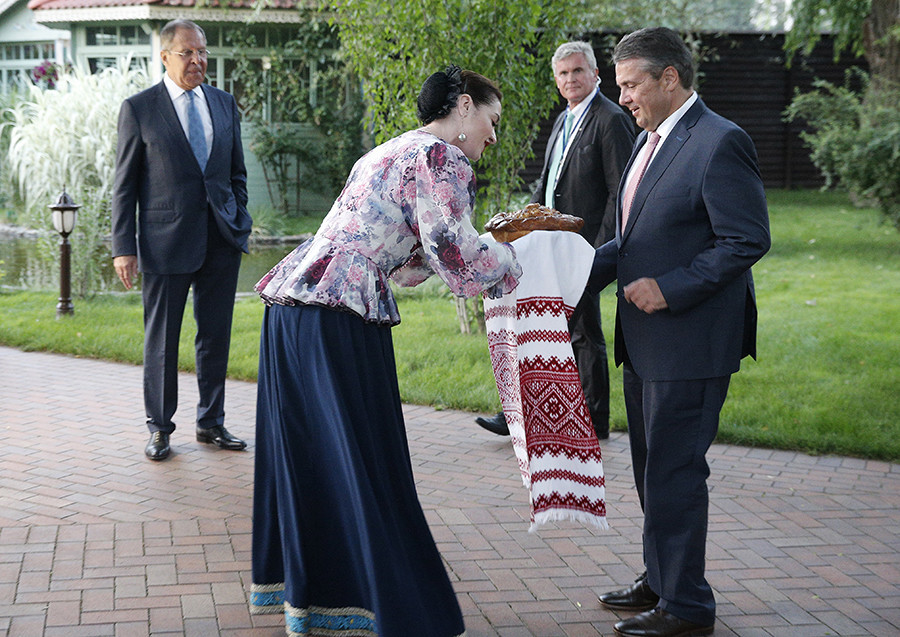 Our staff considered it’s sincerity and we were pleased to see that our readers also mention this. However, the most frequent answer was hospitality. Isn’t that wonderful? Russians really love guests and welcome them with open arms… and bread and salt!

We were also pleased to see honesty, courage, sincerity and loyalty also among the replies to this question.

Some other traits were not so complimentary: For example, being direct/rude (depending on the situation), closeness, suspiciousness and not showing emotions.

Other interesting replies included: trouble-mindedness or overthinking. Well, it seems someone overread Fyodor Dostoyevsky! But yes, sometimes we have “woe from wit”!

3. The most Russian emotion 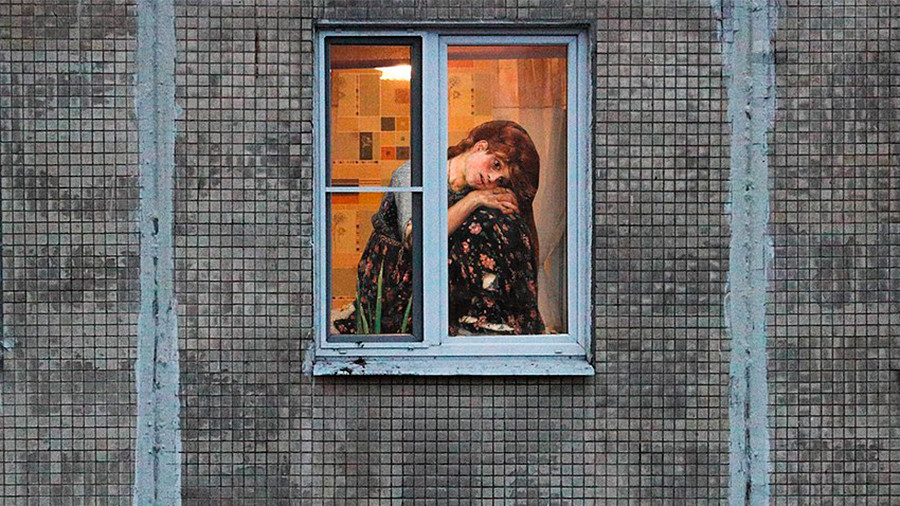 Here we found what we expected: despair and melancholy. Just the same as our staff said. Read more about the Russian ‘toska’ - despair without a reason.

4. The most Russian food 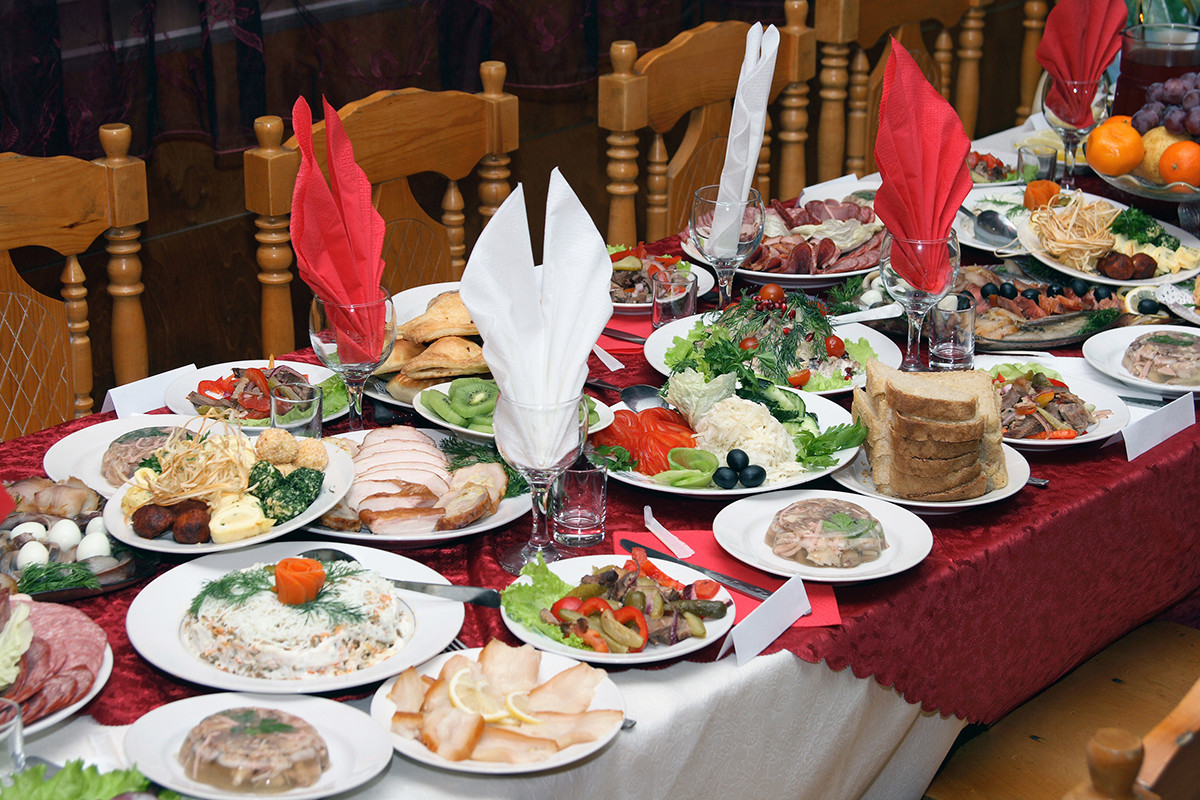 Similar to our staff’s poll, blini and borsch shared the honored first place. But it was nice to see Olivier salad, pelmeni, potatoes with herring, as well as syrniki and caviar among the answers. Have you already started salivating?

Someone left a witty answer that it’s pizza and sushi - and you know, this might be true in some of the larger cities, like Moscow, as urban Russians love this food (as well as Czech beer and Italian wine!).

5. The most Russian gesture

Our staff are sure it’s flicking your finger onto your neck (like in the GIF below).

Our readers appear to know this gesture, too, but also named several others, including a shrug, a cuckoo sign (making a circling motion of the index finger at the ear or temple), the money gesture (rubbing a thumb, index, and middle fingers),

and the fig sign (putting a thumb thrust between index and middle finger).

6. The most Russian word 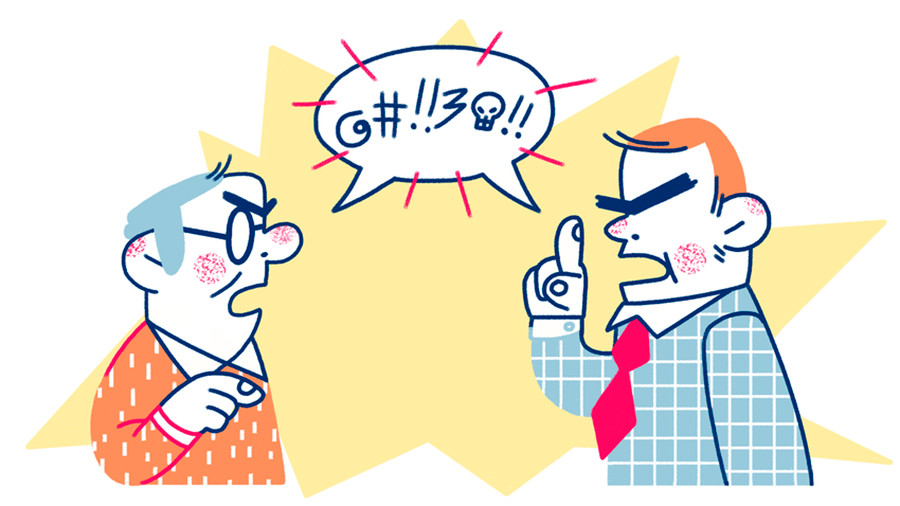 Our staff said it’s “Davai”, a tricky word that can be used in any life circumstances, and some of our readers also mentioned it, alongside “spasibo”, “babushka” and “na zdorovye” (but the last one is a myth! And here’s why).

It was so nice and funny to read all the curse words that you know in Russian (and there were a lot of them in the answers!). And we noticed a couple of words that Elizabeth Olsen taught Conan O’Brien in his show once. Read more about cursing in Russian.

7. The most Russian habit 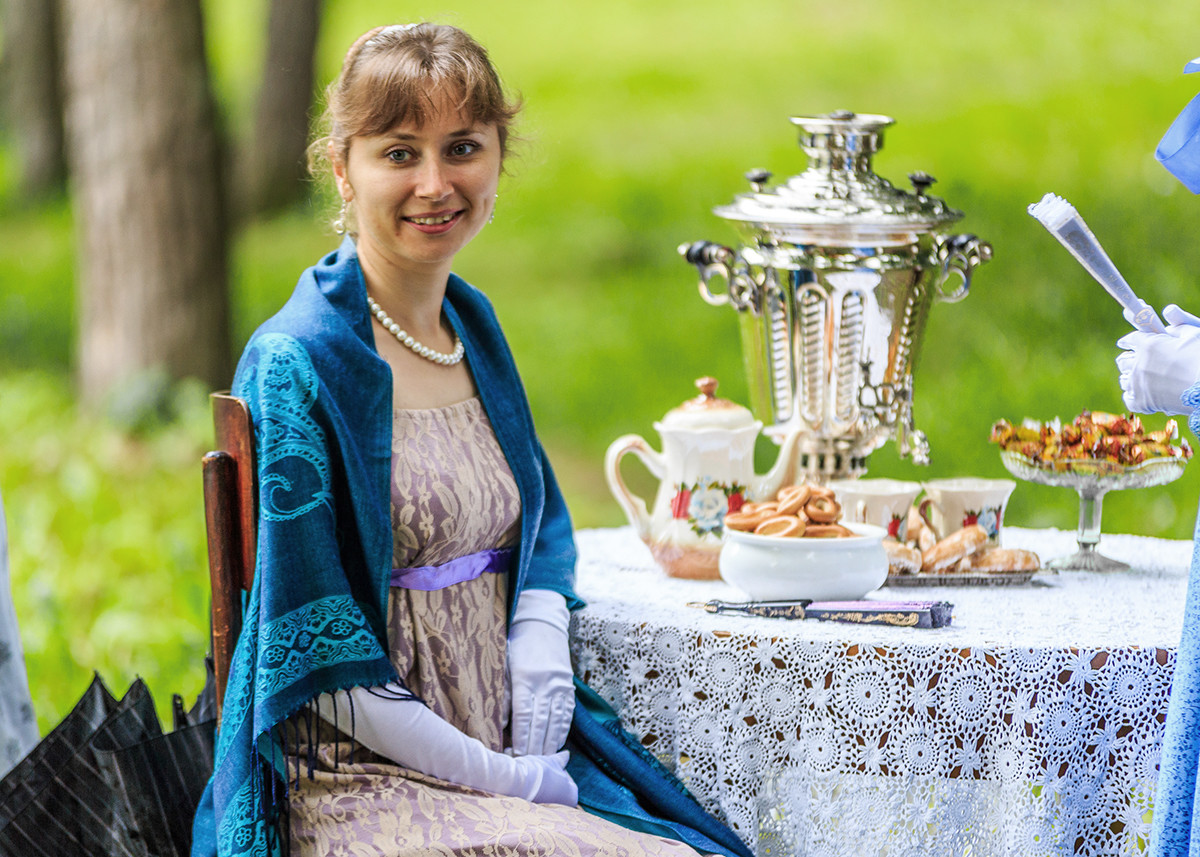 Our staff and readers were in unison that it’s not throwing away anything - or, in other words, hoarding. It seems you know us too well already!

But someone also replied that Russian habits are drinking tea, reading, sitting before a trip, taking off shoes before entering home and wearing ‘tapochki’ (slippers) at home - and having a plastic bag for other bags at home. All this is true!

And one answer said it was procrastination... but this thing probably unites everyone, no?

8. The most Russian movie 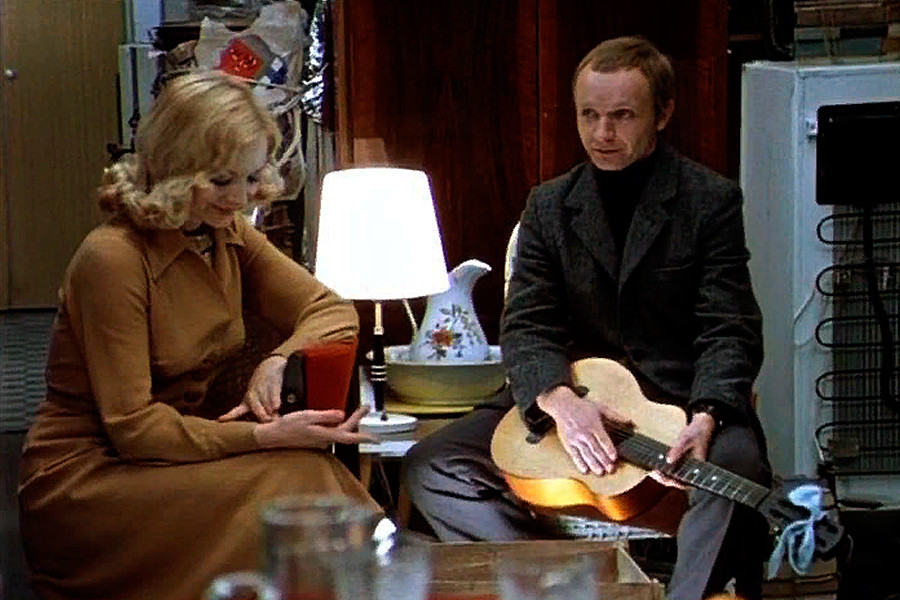 However, it was nice to see that you also know such great movies as Moscow Doesn’t Believe in Tears (an Oscar winner), Officers (a great war drama) and Brat [Brother] (a sincere movie about the ‘wild 1990s’ in Russia).

Dr Zhivago was also included in the list twice by our American readers. This is a legendary U.S. movie starring Omar Sharif. It is not that well known in Russia, however, we are happy that it’s popular in the U.S., because it’s an adaptation of the great novel by Boris Pasternak, who was awarded with the Nobel prize in literature for it. 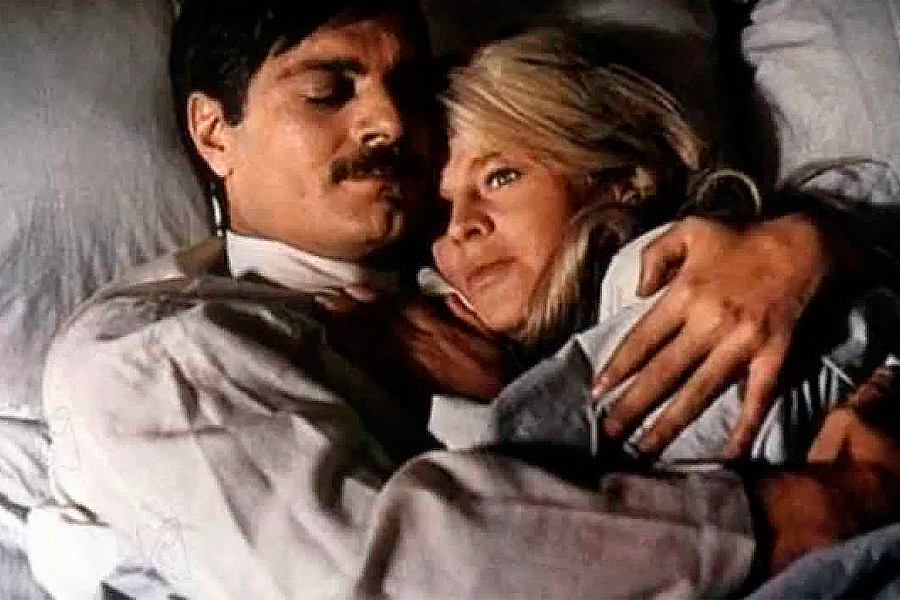 If you’ve ever wondered which Russian movies to watch, here is a list of those that define Russian cinema.

9. The most Russian book 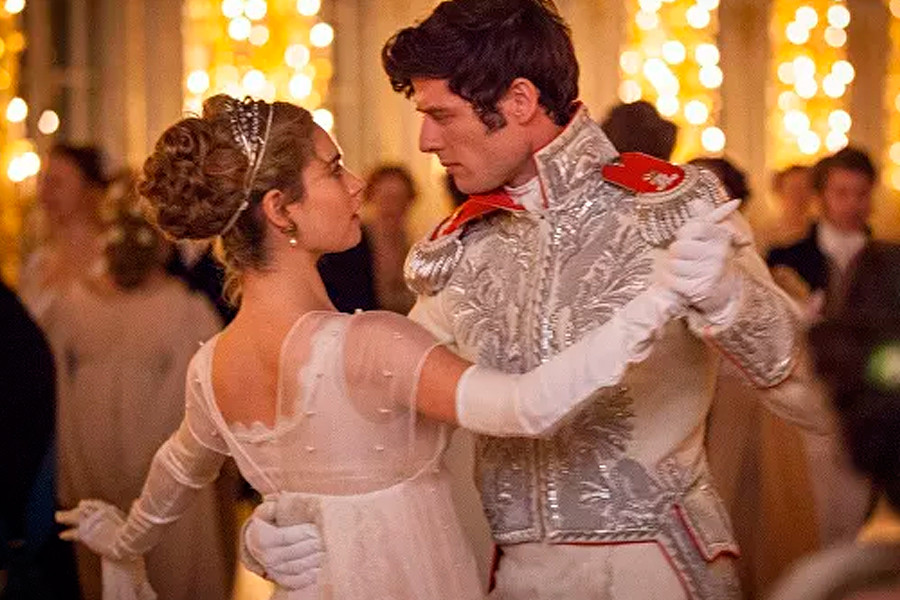 War and Peace, or even “anything by Tolstoy” was our readers’ most popular reply. But we are happy that you didn’t forget such greats as Eugene Onegin and Fairy Tales by Alexander Pushkin, Master and Margarita by Mikhail Bulgakov and Fyodor Dostoyevsky’s The Brothers Karamazov and Crime and Punishment.

10. The most Russian saying

We were just amazed by how many Russian proverbs and sayings our readers know! Without any introduction, we’ll just leave them here. Do you know the meaning of all of them?

Хотелось как лучше а получилось как всегда - We wanted the best, but it turned out as always

На Бога надейся, да сам не плошай - Hope for God, but do not sit idly by

Работа не волк, в лес не убежит - Work is not a wolf, it won’t run off to the forest

That last one is exactly what most of our Russia Beyond staff replied.

Bonus - the most Russian person

People who took part in the poll were aged from 17 to 85 (!) and from all around the world: mostly from the U.S., but also Sri Lanka, Sweden, the UK, India, Canada, the Netherlands, Croatia, Australia and many more. Around 80% of them didn’t indicate any Russian roots or relations with Russia - and we were surprised to see their thoughtful and smart answers.

A big thanks to all for sharing your thoughts with us, guys. We also asked if we forgot any ‘most Russian’ things - and our readers kindly suggested to get down to the bottom of the following:

Your wish is our command! Keep checking our website and social media for the next installment of the ‘most Russian things’!