10 most Russian things… according to Russians! 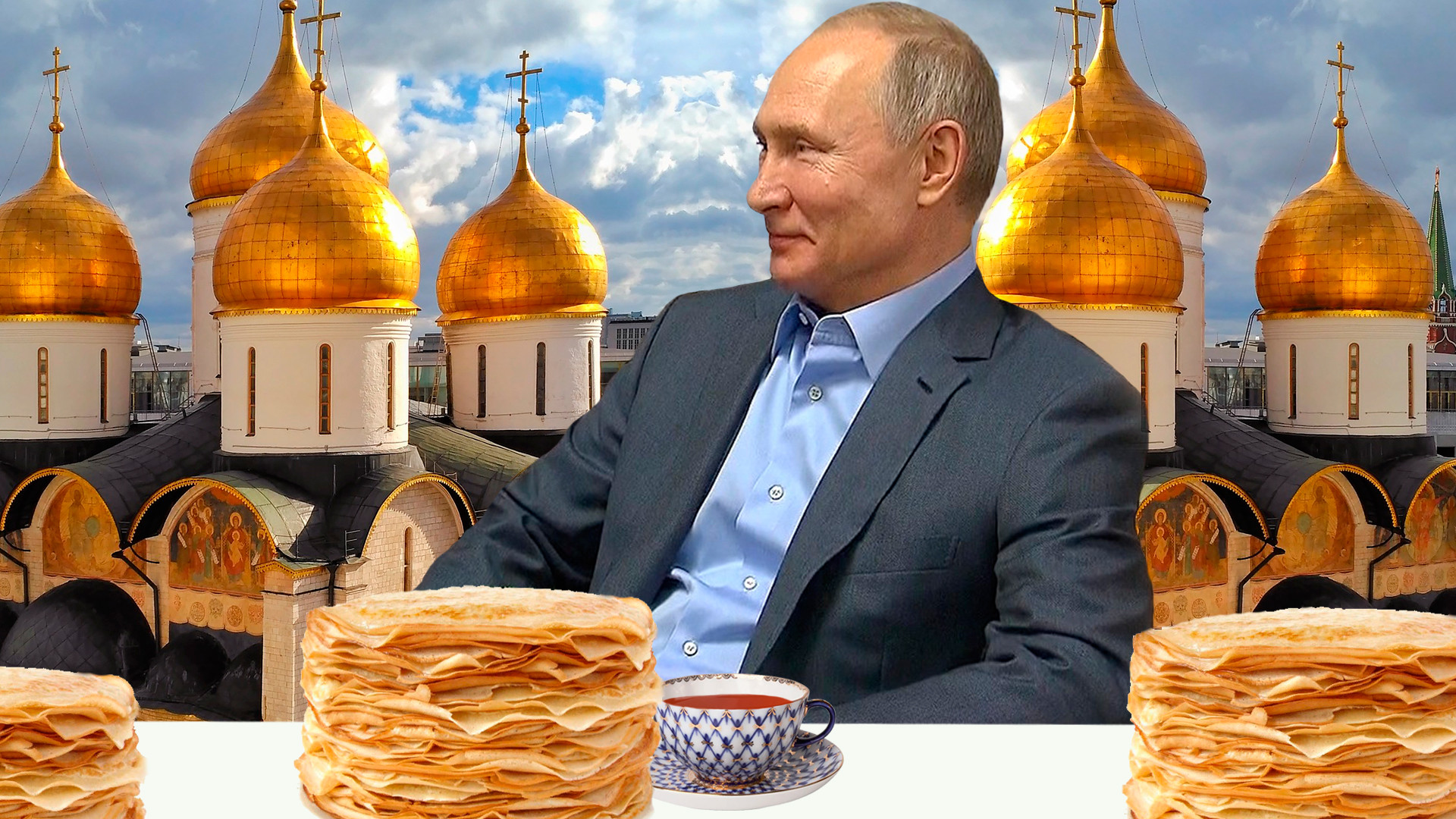 Kremlin pool/Global Look Press; Pixabay
We asked our own editors what they consider to be the ‘most Russian’ city, character trait, proverb, etc… And here’s what they had to say.

1. The most Russian city - Moscow (and Suzdal) 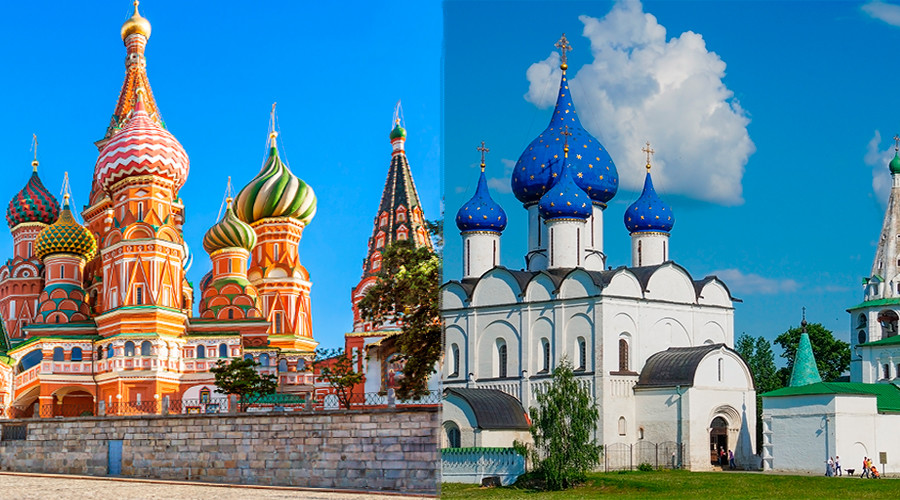 Like anywhere else, in Russia, the capital city is not usually representative of the whole country. Still, many mentioned Moscow as the most Russian city. However, the lesser-known abroad Suzdal came in close second. This tiny, cozy town – with a monastery and a church on every corner and with wooden houses designed with carved window frames – is just awesome! Read more about Suzdal, and if you haven’t been yet –  time to plan your trip, it’s worth it!

Among other answers worth mentioning are:

By the way, do you know which other Russian cities also have a kremlin? Find out here.

Some respondents actually refused to answer this question. First of all, they were certain that Russia isn’t about cities, but about villages. Well, here’s a list of the most beautiful villages, if you are curious.

2. The most Russian food - blini 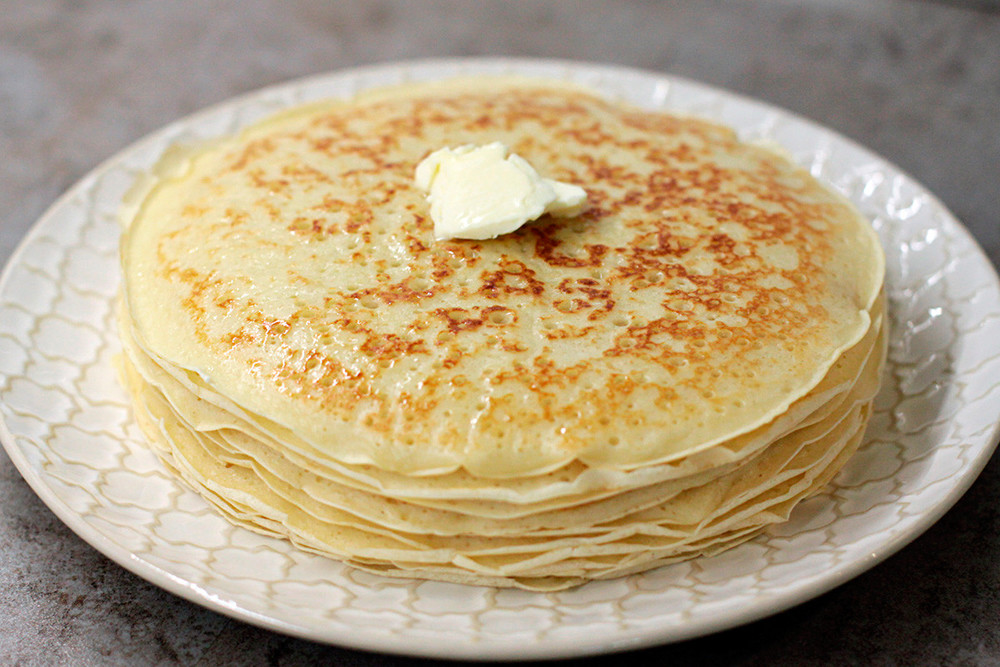 Russian crepes or pancakes, the so-called blini appeared to be the favorite Russian food of our editors. To most Russians, it reminds them of breakfast made by grandma. They can be filled and stuffed with any toppings, savory or sweet: from caviar and smoked salmon to sour cream, condensed milk, berry jams or even nutella. If you want to make blini with a classic Russian recipe, try this one here!

You might be surprised not to see borsch here. Well, it took an honorary second place. Followed by shchi, a cabbage- or sauerkraut-based soup, something similar to borsch, but without beetroot. Actually, Russians eat soup a lot, and usually miss them when spending a long time abroad, because, you know… we don’t consider minestrone a real soup.

Among other popular answers were pickles (in fact, anything pickled is fine - be it vegetables or mushrooms or gherkins), ‘herring under a fur coat’ (a popular mayonnaise-based salad eaten on festive occasions), pelmeni and vareniki (both are similar to stuffed dumplings like ravioli). And yes, caviar was also on the list!

3. The most Russian word - davai and avos’ 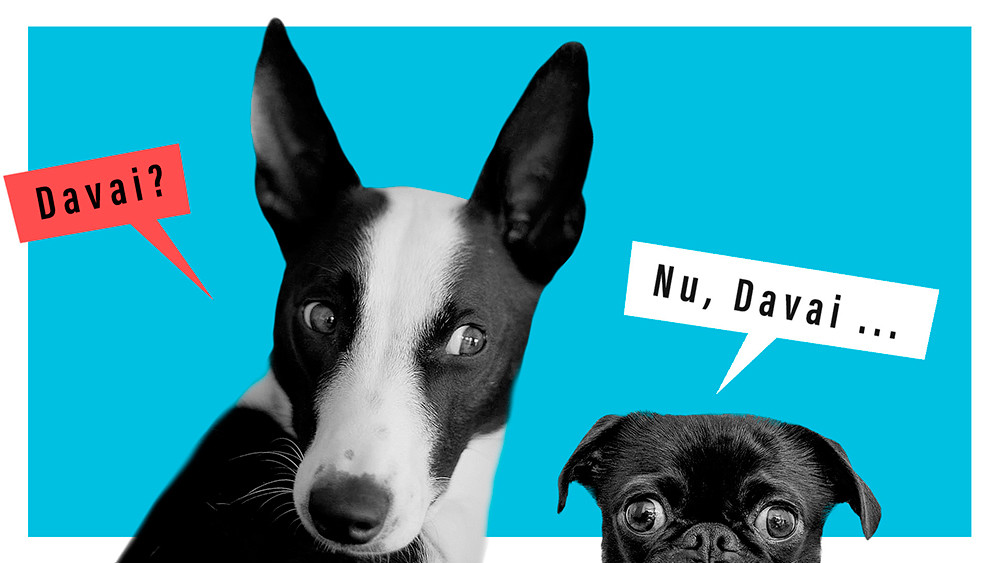 We have a tie here. Avos’ is the Russian word that is impossible to translate into English. It’s a metaphor for believing in luck and fate. We say, “he hopes in avos’” or “relies on avos’” and what we mean is he does something without much effort, without any preparations, counting on success. That’s what Russians usually do.

Davai is another tricky word. It’s translated as “let’s do it”, but actually can be used almost in any life situation! Here we explain it in detail. Actually, if you master how to use it, you’d impress your Russian friends a lot.

4. The most Russian character trait - sincerity (or frankness) 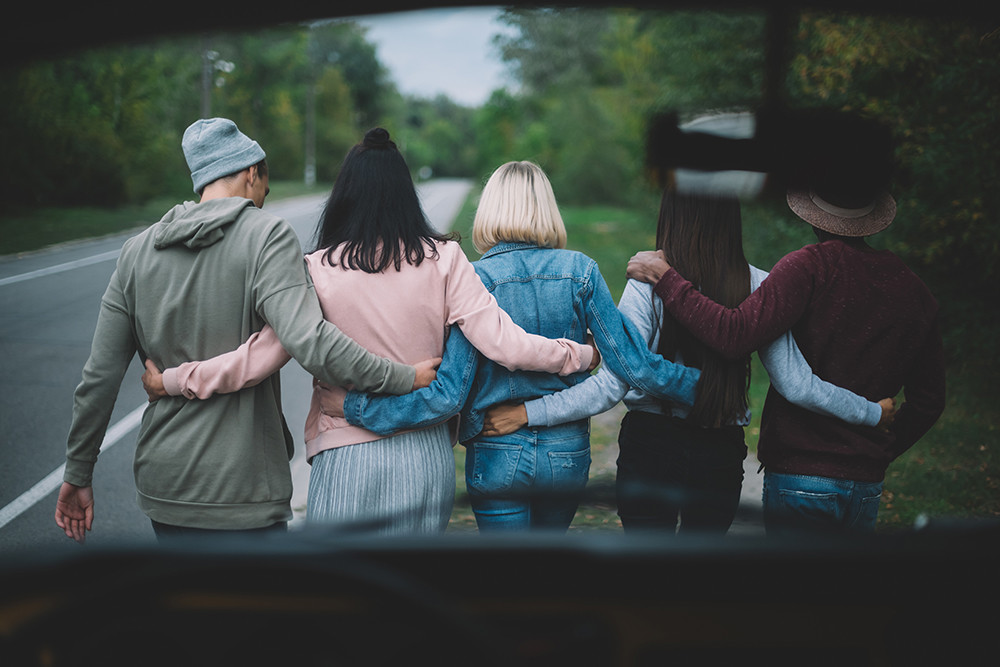 While Russians can seem tough and rude at the first glimpse and they never smile at strangers (here we reveal the reasons behind it)... they just don’t pretend to be something they are not. When you become acquainted with a Russian and if you’re lucky enough to become friends with them, be sure, they will open their heart to you, will have very frank conversations and share very personal thoughts and feelings.

Alongside sincerity, Russia Beyond staff thinks that other Russian national character traits are insightfulness, courage, honesty, openness, tenderness, ability to help and give away their last shirt, patience, hospitality, cordiality… as you can see, modesty is not on the list.

Some people also mentioned freedom, not in the sense of, say, being open about your sexuality or openly protesting about something in front of parliament, but rather an inner freedom to be yourself and not feeling any borders.

And here is an interesting thought from one of our editors about a controversial Russian nature: “Russians have these excessive emotional capabilities that we don’t know how to express in a healthy way. We love and care a lot, even when it’s best for us to not give a damn. And since expressing emotions is kinda a taboo around here (seen as a weakness), we just suppress it and sweep it under the carpet. Feelings? What feelings? Never had any.”

5. The most Russian emotion - despair 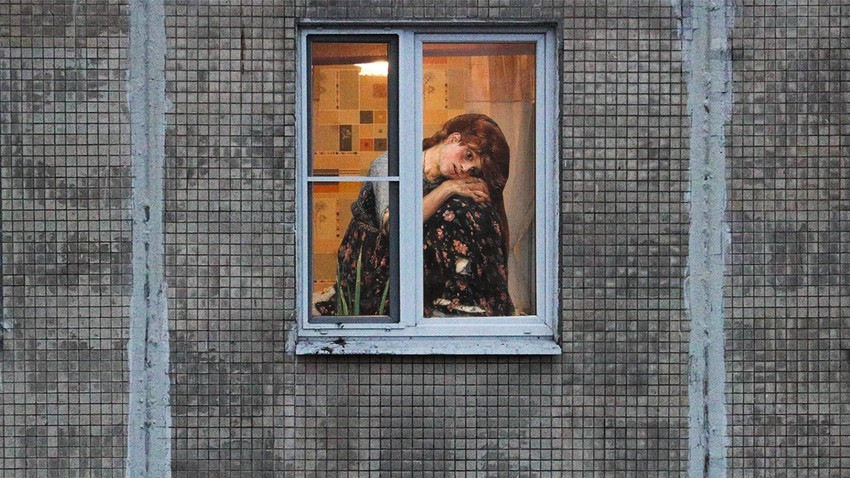 While the ‘happiness’ emotion was at the very bottom of the list, mentioned just by one member of our staff, despair, sadness, melancholy, and the untranslatable Russian toska stole the show. We can have spiritual sufferings without any particular reason… Just look out of the window… toska all around. We have even written before about why Russians benefit from suffering.

There is a joke that if you say “How are you?” to anyone outside Russia, he/she will just answer: “Fine, thanks, how are you?” While a Russian will take the opportunity to say everything that’s on his/her mind… you know, we love complaining about life… But, to be honest, we love laughing about life and at ourselves, too!

6. The most Russian habit - not throwing things away 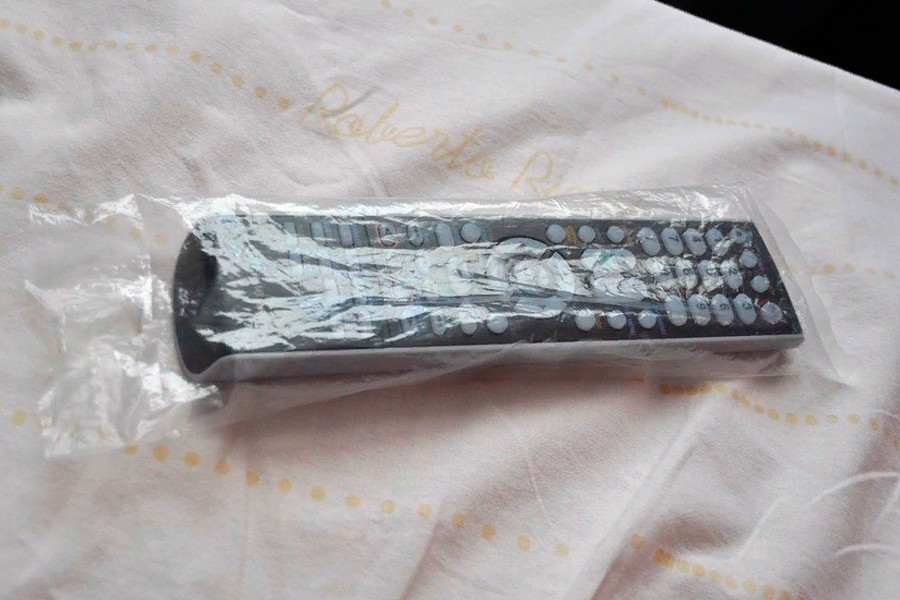 “Why wouldn’t you get rid of these broken shards of mirror/old box from candies/any cardboard pack from home electronics [underline one of these, or all of them and add to the list]. -  “Because maybe I’ll need it in the future!”

This is an old habit that we inherited from the Soviet times, but being afraid of throwing something that we might need in the future is our common thing. And you know what? Most likely, we never use it, but will only keep it on our balconies together with other weird things.

At the same time, we overly care about new things. Some of us keep the TV remote in the plastic wrap forever or we sew a special cover for a couch so that we do not stain it or damage the original fabric somehow (God forbid!).

Another interesting answer was ‘drinking tea around the clock’. Well, yes, tea is our main food, word, character trait, emotion and habit.

7. The most Russian movie - Irony of Fate 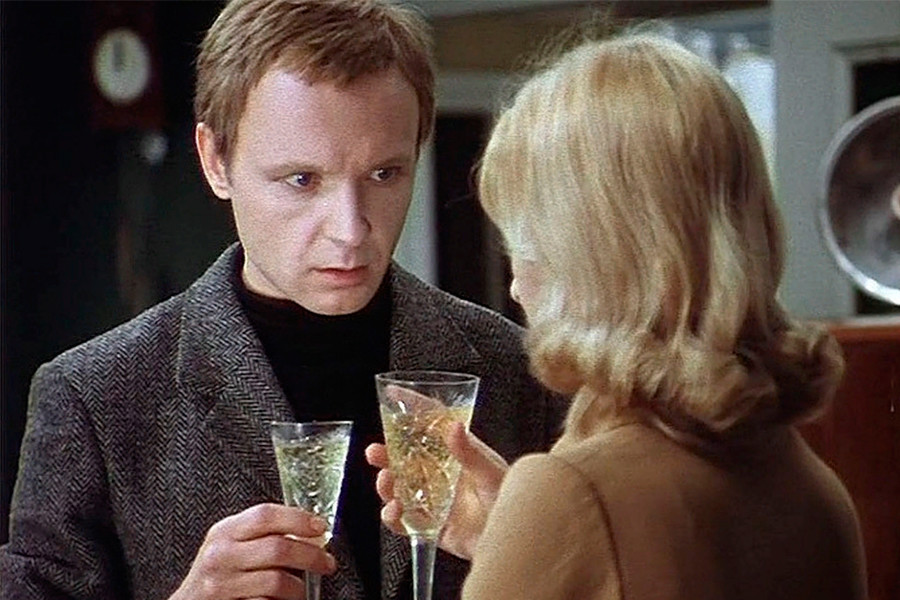 Believing in fate and avos’ (see p. 3) is what Russians really do. We like to say that whatever happens – it’s for the best. When the Irony of Fate movie character Zhenya Lukashin got drunk and friends sent him by accident to St. Petersburg on New Year’s Eve, while his significant other was waiting for him alone at home… even this situation brought happiness to everybody (well, almost).

Russians watch this movie every year and hope for their fate to bring them a lucky sign.

Other cool movies worth mentioning from our responses are The Officers, The Barber of Siberia, Love and Pigeons, Ivan Vasilievish: Back to the Future, Brother... Here is a list of the best Russian and Soviet movies.

8. The most Russian book - War and Peace 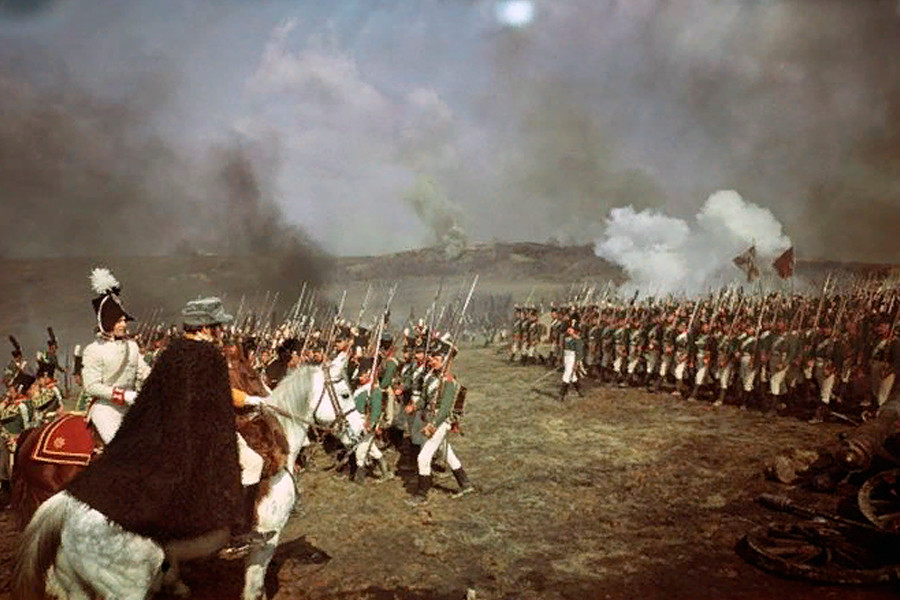 A still from the Soviet 'War and Peace' movie

It contains just about everything you need: love, friendship, family relations, war, sorrow and thoughts about the sense of being human. And it’s Leo Tolstoy... no special introduction needed here.

But, if you are already an advanced reader of Russian literature, our staff editors think you may enjoy Fathers and Sons by Ivan Turgenev, Belkin Tales by Alexander Pushkin, Brothers Karamazov by Fedor Dostoyevsky, One Day in The Life of Ivan Denisovich by Alexander Solzhenitsyn - and even - A Young Doctor’s Notebook by Mikhail Bulgakov.

9. The most Russian proverb - “Work is not a wolf – it won’t run away to the forest” 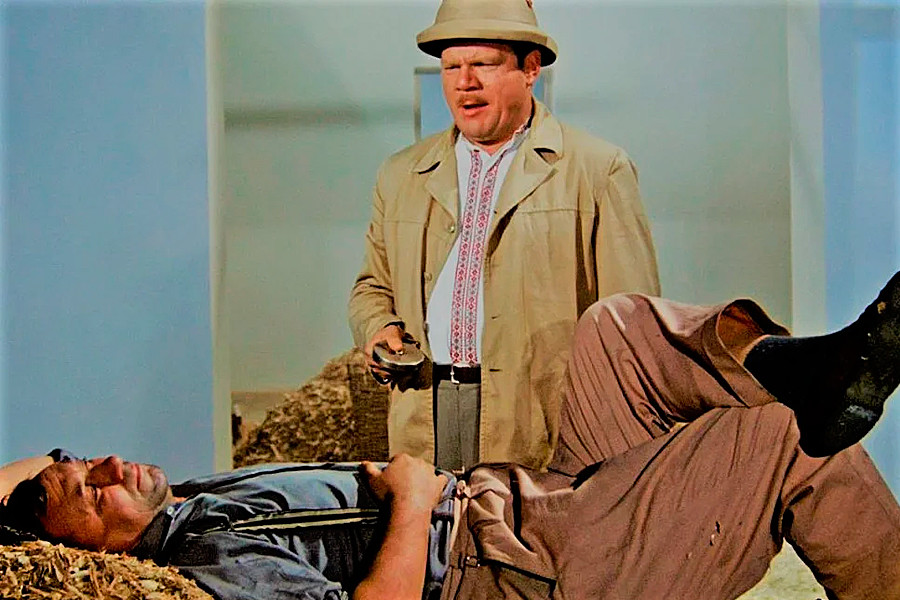 Probably here lie the roots of Russian laziness. It basically tells you to take it easy, because you can always get back to your work at any time.

Click to find out other favorite Russian proverbs, and if you think you know them all - take our quiz!

10. The most Russian gesture - flicking your finger onto your neck

You probably are curious what it means - the gesture that our writer Georgy Manaev is showing in the GIF below actually is a sign for drinking alcohol. The origin of this gesture has a nice historical legend related to Peter the Great! Read more about it and watch some other GIFs with other most beloved Russian gestures here!

BONUS: The most Russian person is…

Well, it was expected - according to our little poll, it’s the Russian President Vladimir Putin.

However, a few replied with Alexander Pushkin, Yuri Gagarin, and Leo Tolstoy.