5 awesome reasons to escape Moscow to Tula for the weekend 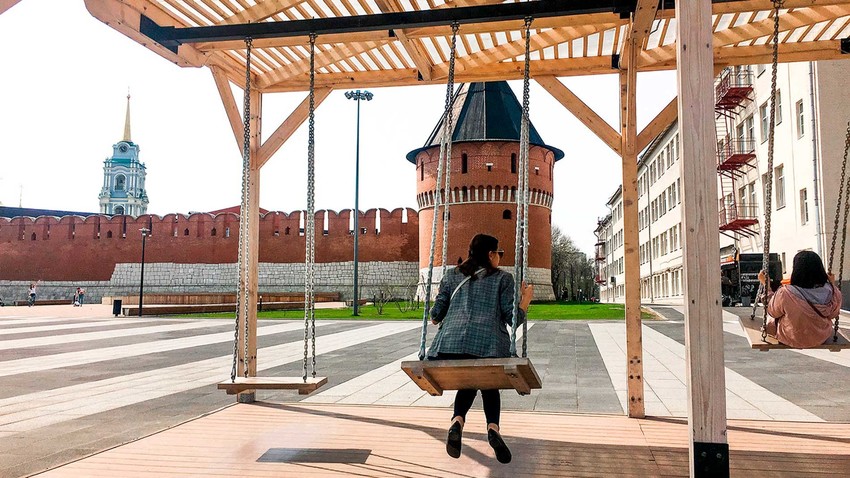 Alexandra Guzeva
Run out of ideas for day-trips (or longer) from Moscow? In just two hours, a high-speed Lastochka train will deliver you to the city of Tolstoy, gingerbread, hipster bars and restaurants. Not to mention its own kremlin!

1. Try Tula gingerbread and drink tea from a samovar 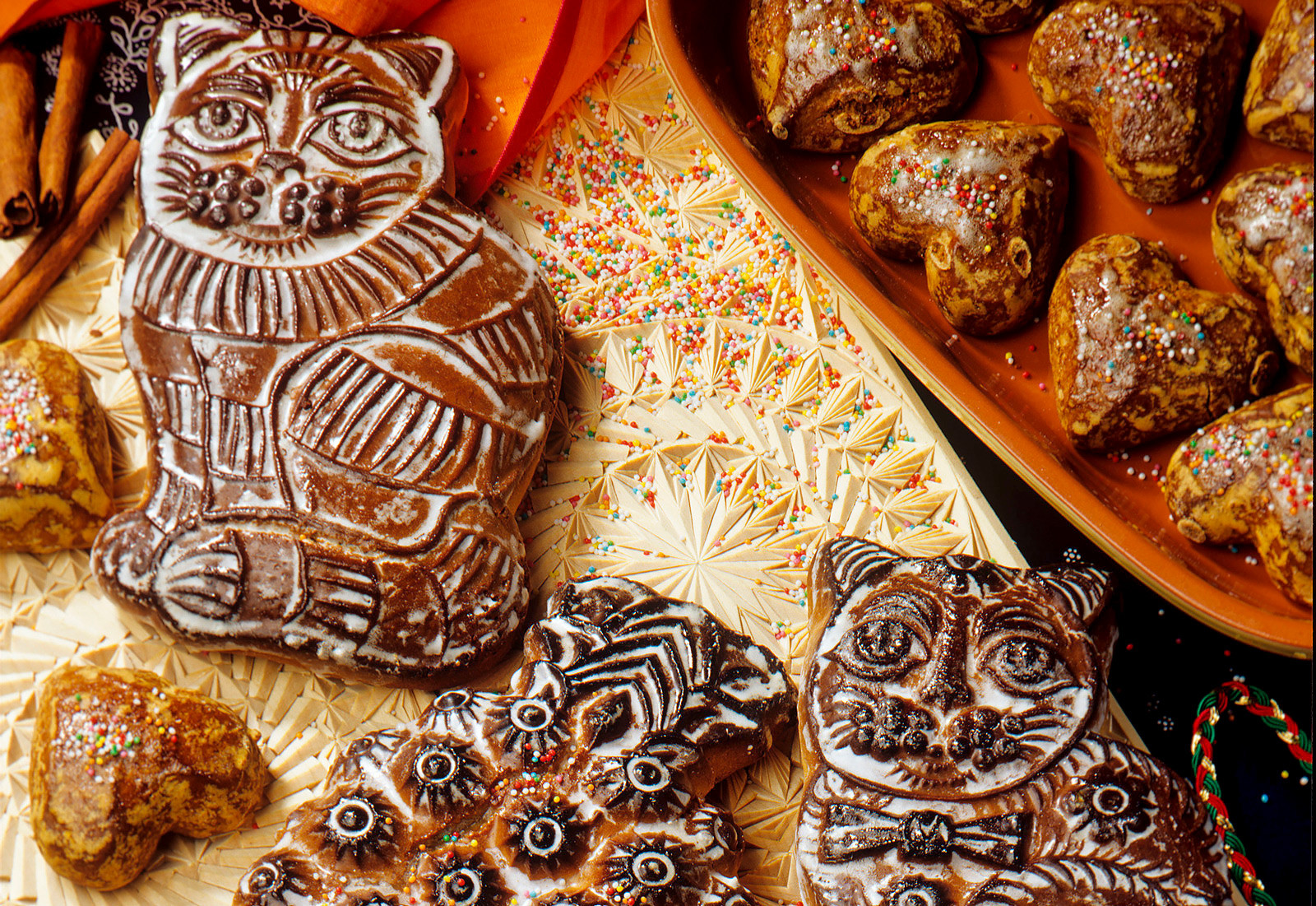 The stereotype that Tula is the city of gingerbread (known as pryanik) and samovars is firmly entrenched in the Russian mind. Pryanik is thought to have been invented in the 17th century, and in Soviet times it went into mass production.

A very popular treat all over Russia, in Tula itself pryanik is sold literally on every corner. There are also tea houses where it is served and, of course, there is the Pryanik Museum. When strolling around the central Lenin Square, be sure to take a picture of the monument to, no not Lenin, but the more popular pryanik.

We're sure this ginger delicacy will rock your taste buds. But even if it doesn’t, it still makes an excellent souvenir. It comes in a variety of shapes and sizes, but the classic sort is a rectangular slab 14x14 cm, filled with condensed milk or jam.

The legendary samovar is a more exotic souvenir, although its dimensions are more imposing. These days, you can find unique hand-painted samovars that work like electric kettles, but traditionalists can still heat them by burning pine cones if they wish. 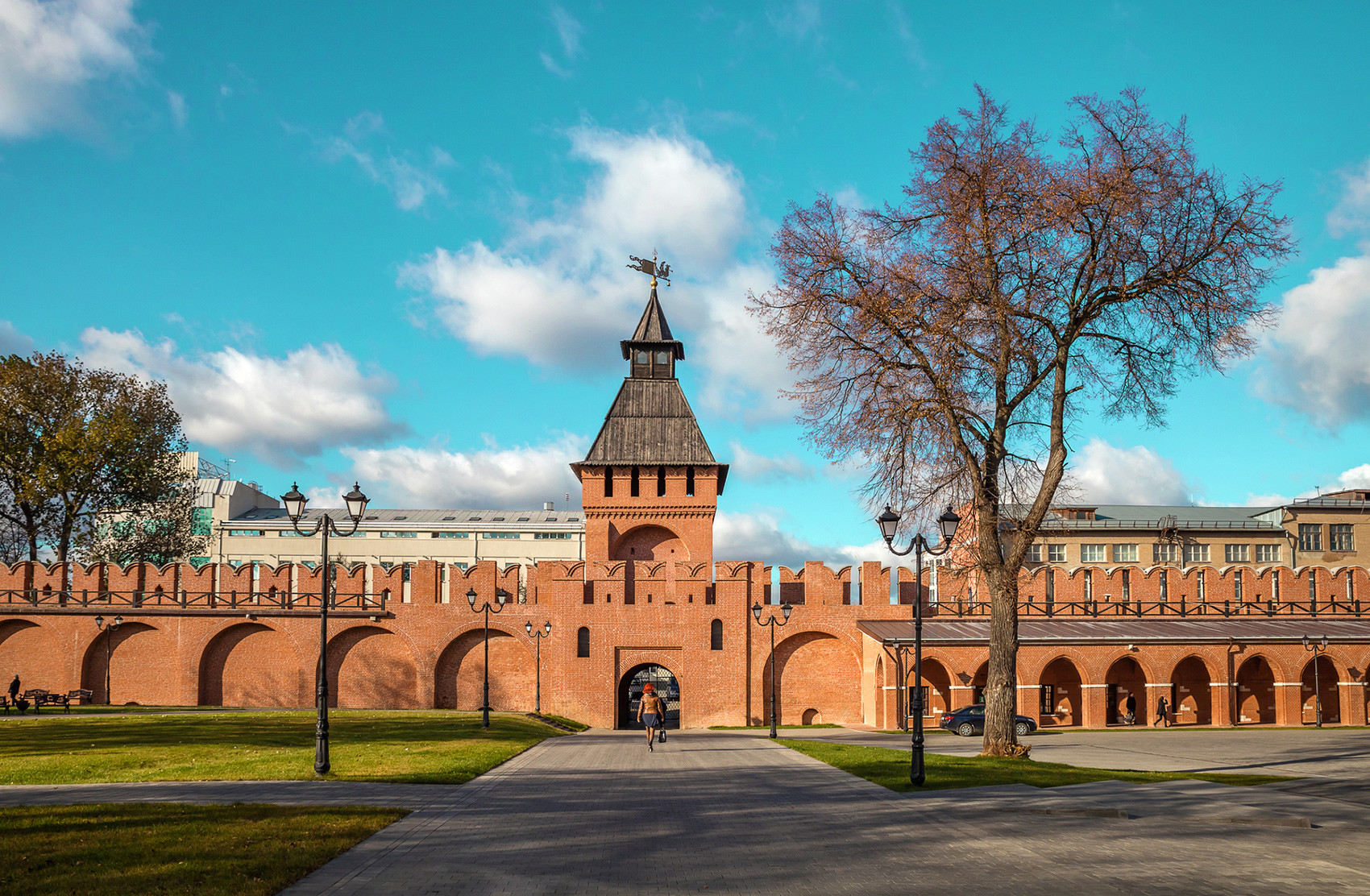 The Tula Kremlin is the oldest building in the city, just 30 years younger than its Moscow cousin and very similar to the latter with its red brick walls and dovetail-shaped crenellations. Historians argue about who exactly built it, but most likely they were Italian architects from the same school that built the Moscow Kremlin, or their Russian students. The Tula fortress has withstood two major sieges in its history: in the 16th and 17th centuries.

Inside the Tula Kremlin, there is a restaurant, several souvenir shops, a museum, and an exhibition center. Incidentally, the latter opened only recently in 2017. In Soviet times, it housed a power station. Yes, right inside the kremlin. 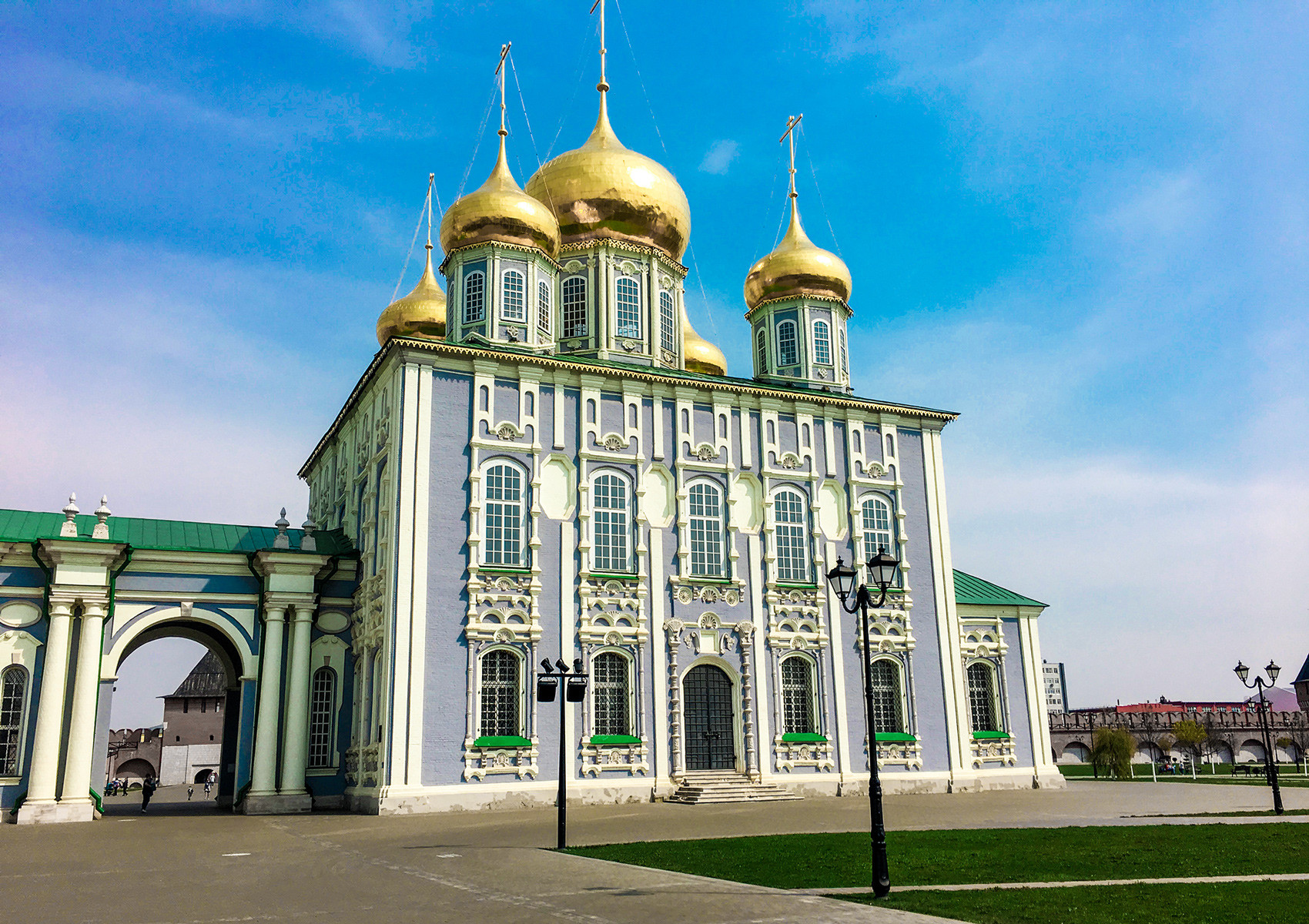 But the main attraction of the fortress is the magnificent 17th-century Assumption Cathedral, painted an unusual gray-blue color.

3. Walk along the Upa River embankment 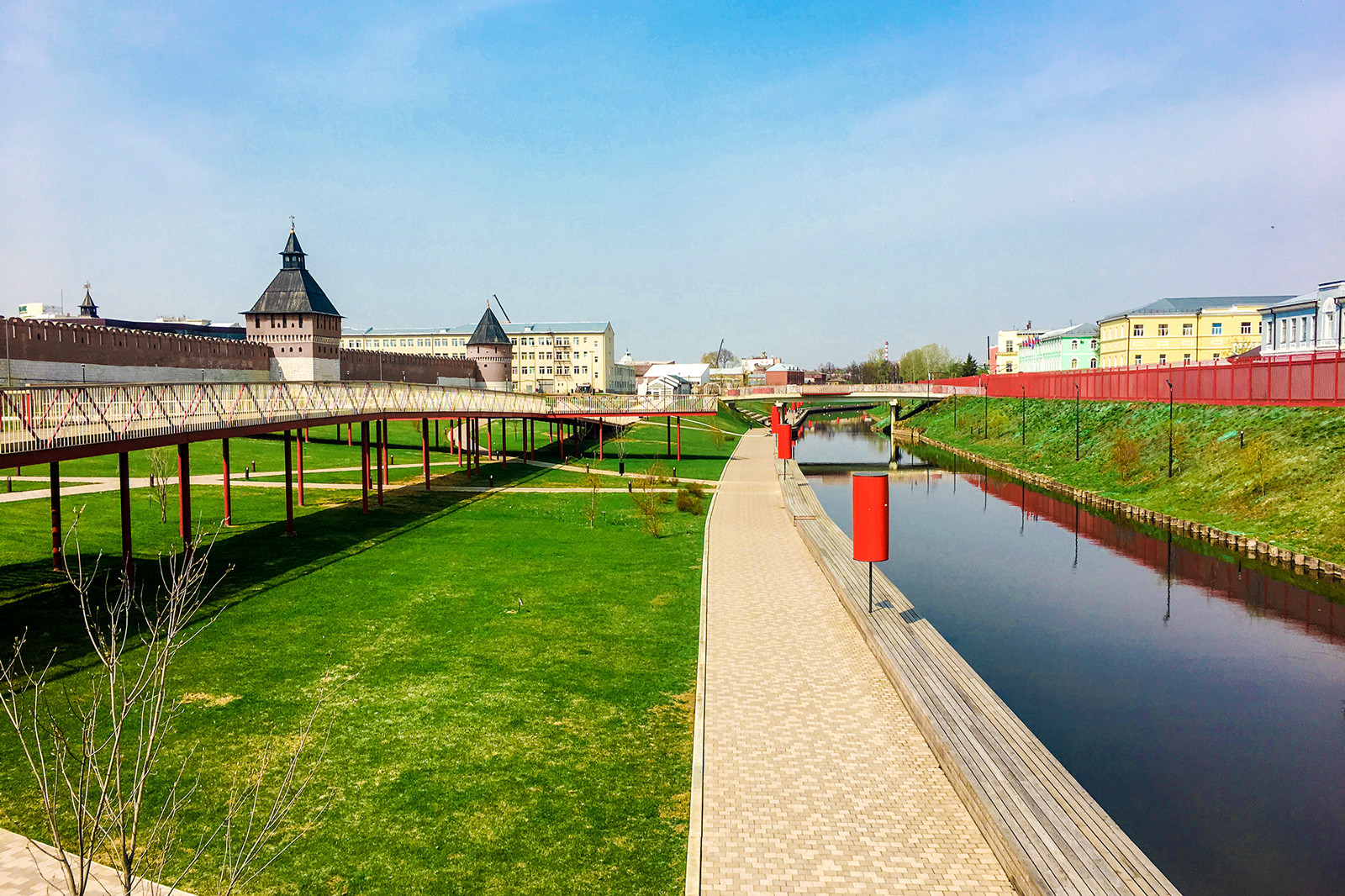 A year ago, there was literally nothing around the Tula Kremlin, and across the river some unsightly weapons factories stretched into the distance.

That was before Moscow architectural bureau Wowhaus was commissioned to give the area a facelift, which involved making the embankment by the kremlin walls more people-friendly and attractive. It is now a promenade area with swings shaped like the kremlin walls, coffee points, food corners, and a floating bridge—almost like Moscow’s Zaryadye Park. 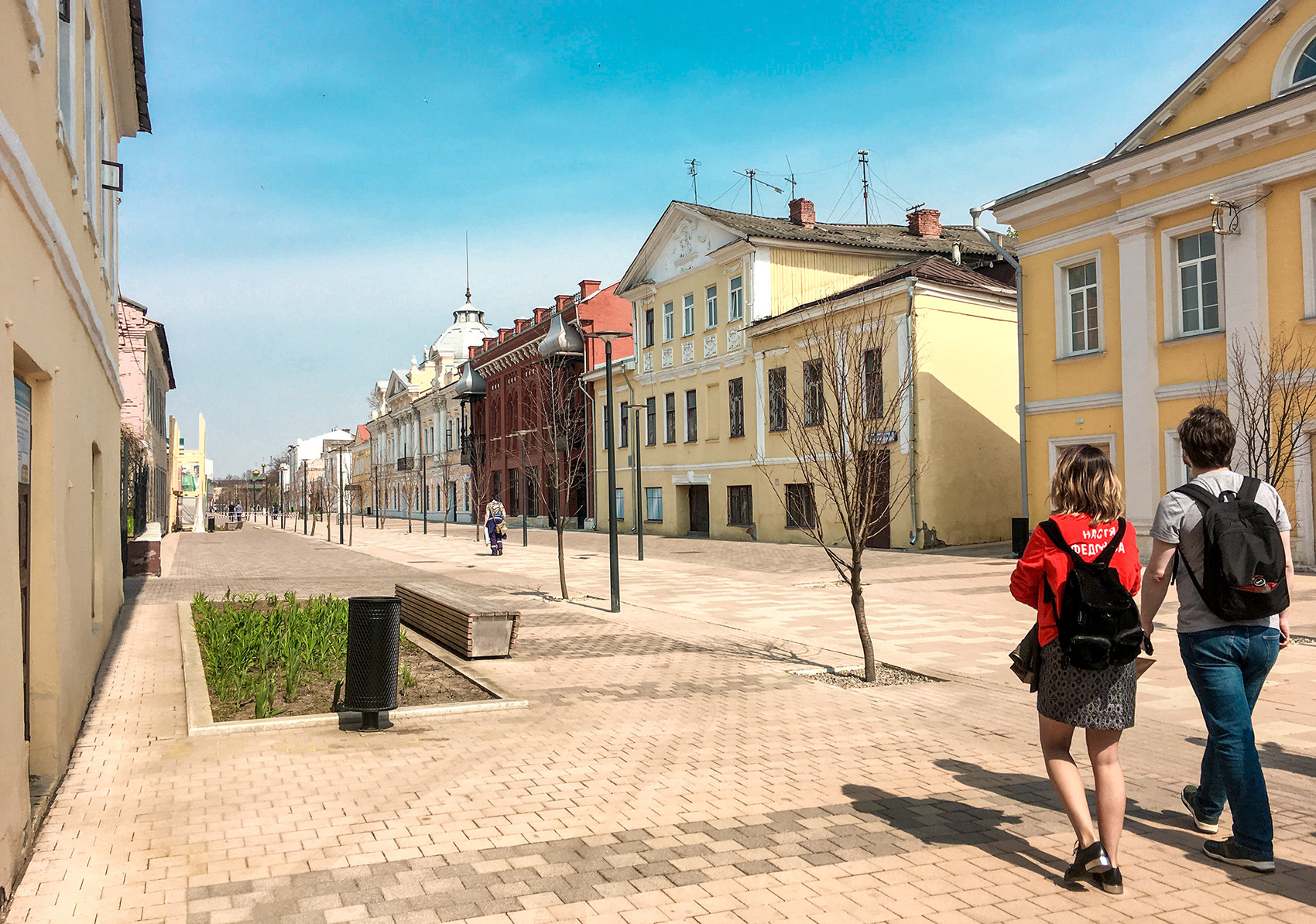 In addition, the nearby Metallistov Street was pedestrianized, and now offers walks with pleasant views of 18th/19th-century merchant houses all the way to the fashionable Iskra urban space with restaurants and recreation zones. 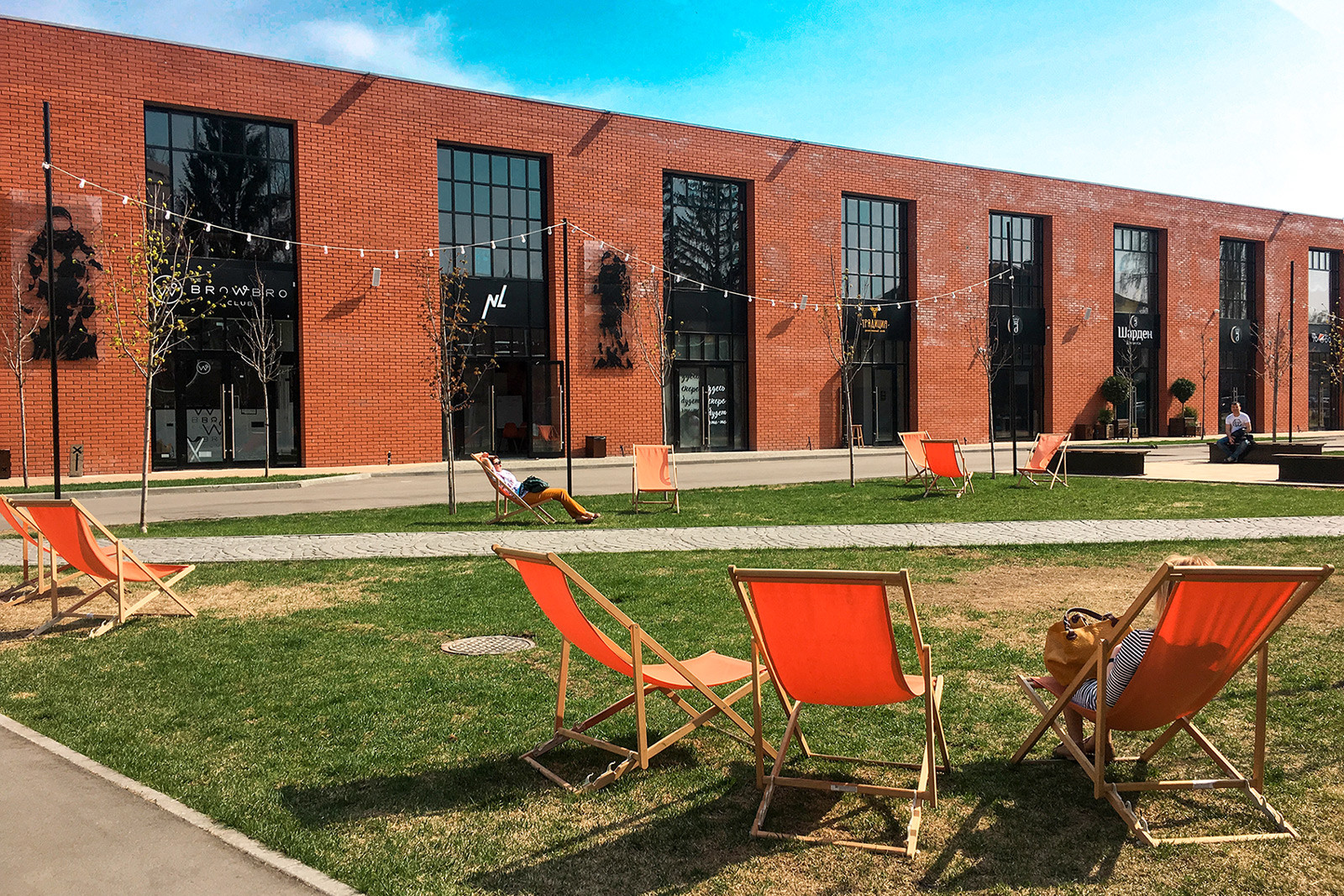 4. Check out the fashionable Oktava cluster

Tula is an industrial city. Since time immemorial, weapons, samovars and accordions have been produced here, and today there are numerous machine-building, metallurgical, weapons and other factories. 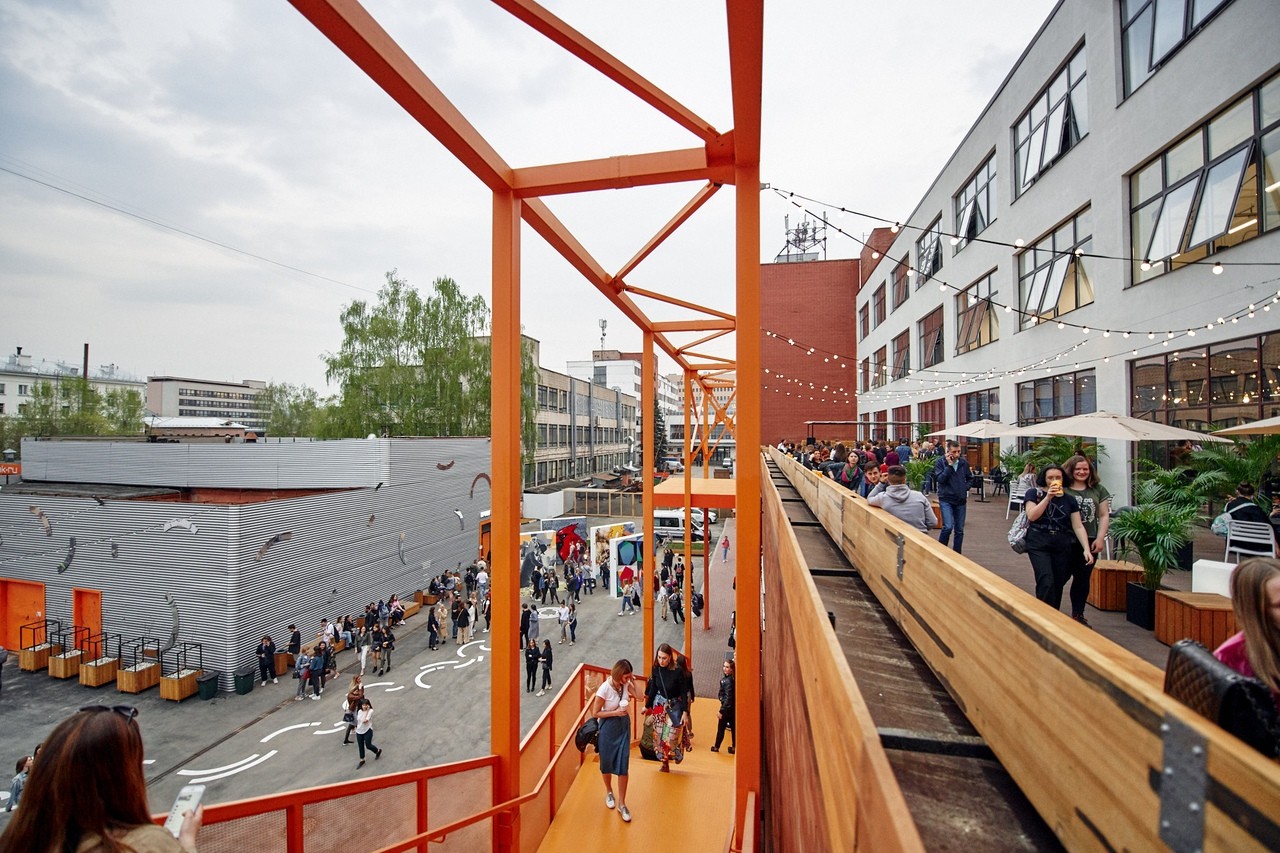 Not far from the Kremlin, there is an 'Oktava' plant that produces microphones used by Western stars such as U2, Radiohead and Marilyn Manson. Modern industrial production doesn't require as much space as in the 20th century so some of the workshops became empty. A year ago, one of them was turned into a creative cluster 'Oktava.' 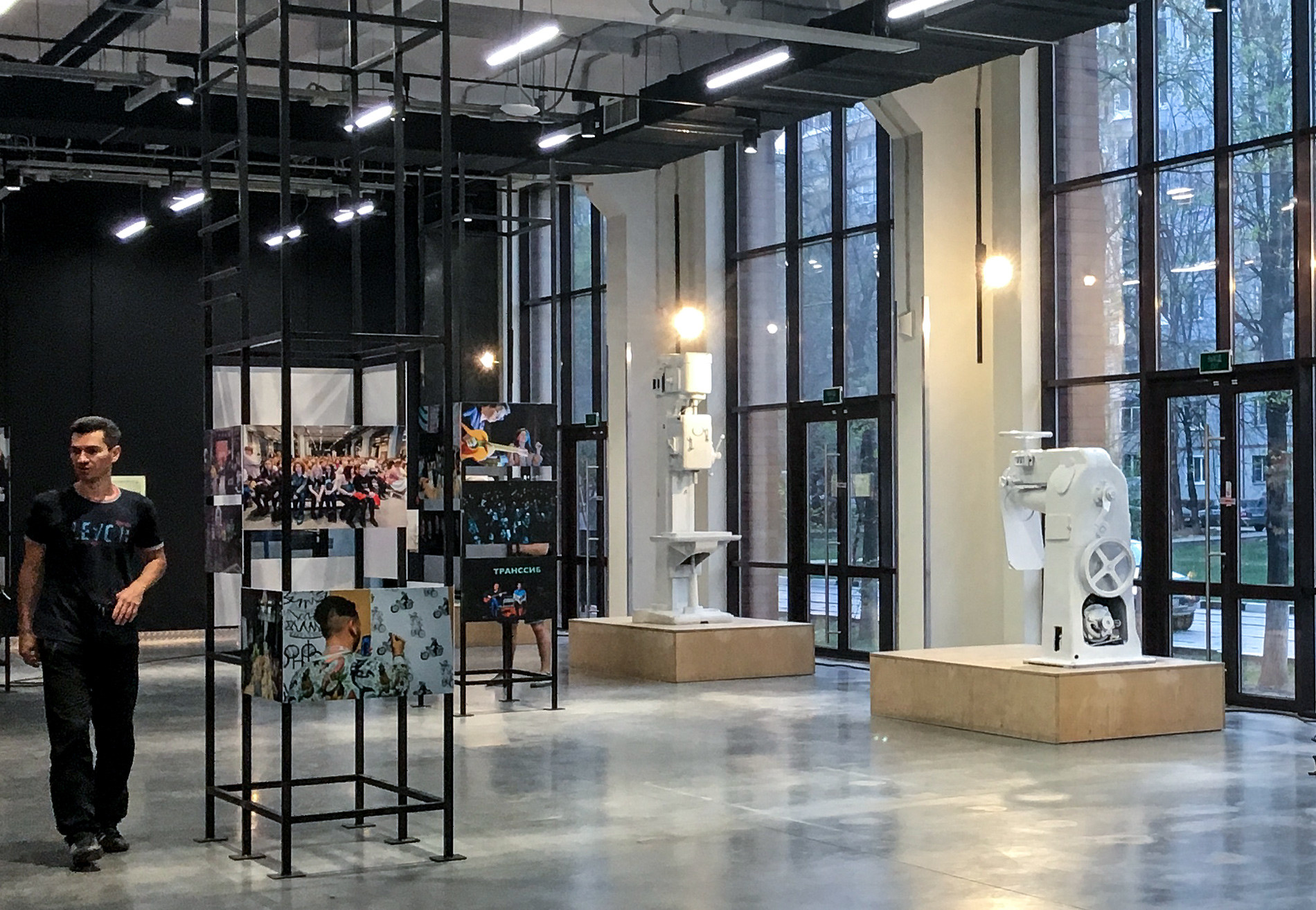 The new fashionable space has become a focal point for the entire city. There is an interactive Machine Tool Museum, a cafe, a bookstore, a workshop for kids, a technical library, and a huge hall for lectures, theater productions, and concerts. And this year, Oktava will be kitted out with a recording studio. 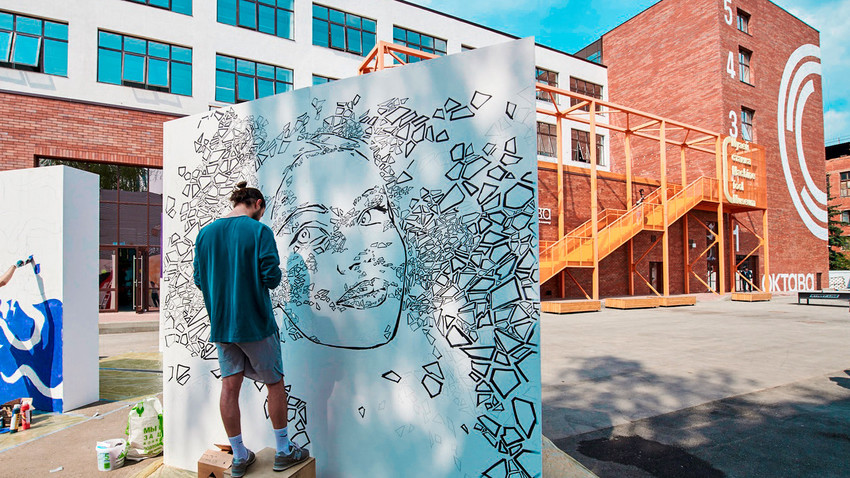 In the factory yard, visitors can admire some expert graffiti and see free concerts by top musicians. 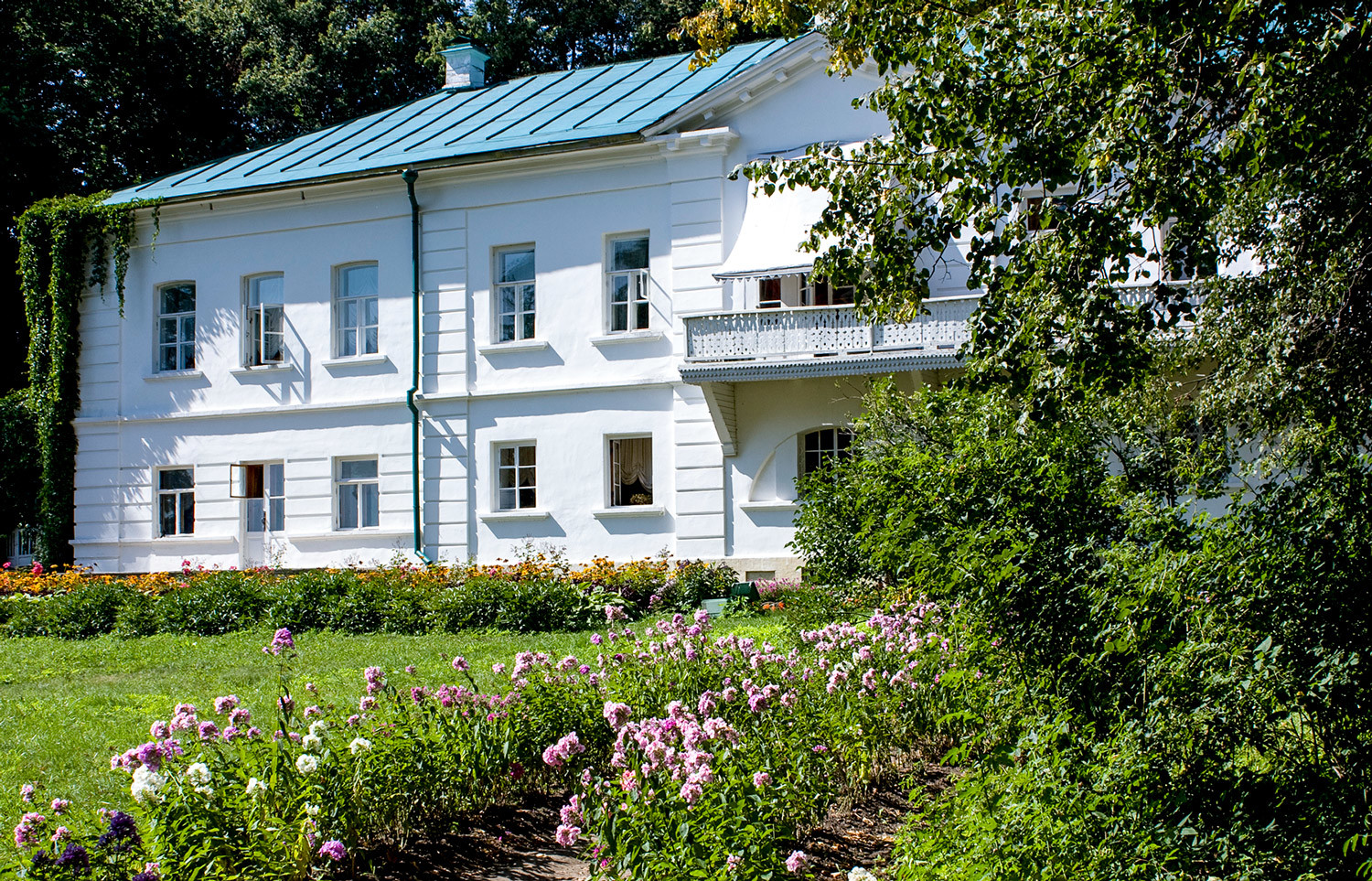 Not far from Tula lies Yasnaya Polyana, the museum-estate of Leo Tolstoy, a huge park area with gardens and ponds where one can walk all day. But the pièce de résistance is the house-museum of Tolstoy, where everything is preserved as it was, as if the writer is just out for a stroll and will return any minute.

READ MORE about the estate and view photos