Why UNESCO will love Tula gingerbread: 6 secrets of the famous Russian pryanik

Russian Kitchen
Maria Afonina
How to make a marriage proposal and not disgrace yourself. How to learn the alphabet with the help of gingerbread. Russia Beyond reveals the secrets of Tula gingerbread, which Russia has petitioned to be included in the UNESCO intangible heritage list.

The history of Tula gingerbread dates back to the 17th century, yet there did not exist a definitive recipe for preparing it. There were many bakers in Tula and each baker prepared it in his own way, keeping it a closely guarded secret and passing it down to his sons and heirs. Bakers did not use a balance to weigh the flour and honey, preferring little stones or pieces of metal, which were kept in a secluded place, under lock and key. 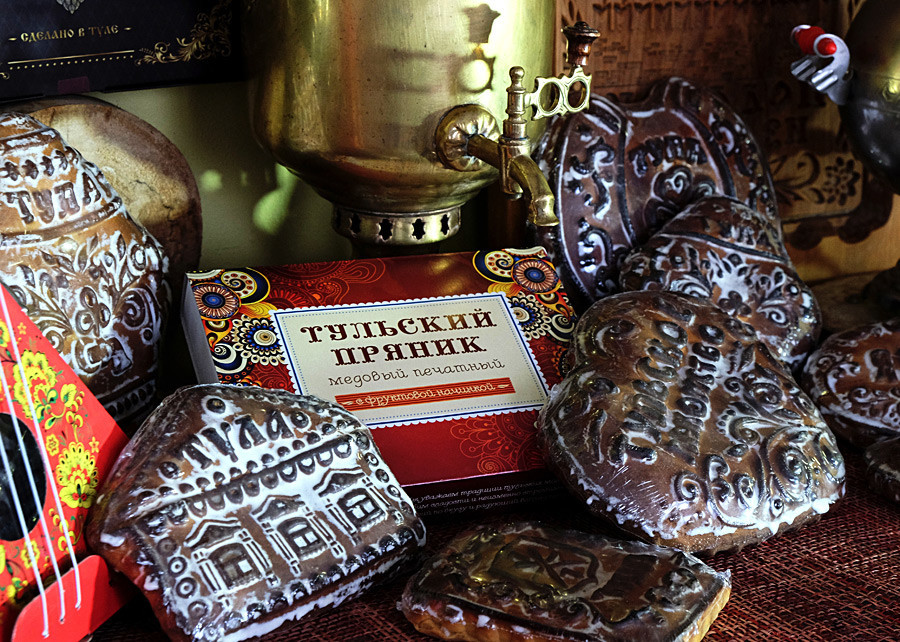 Gingerbread was eaten not only to relieve hunger, but also as a source of knowledge. Cakes were baked with letters, syllables and words on them. For a child they served as a sort of alphabet book. Before eating gingerbread, a child had to learn the letters, after which he received a part or the whole cake as a reward. Gingerbread also sometimes had names on it, such as Masha, Vanya, Sasha and others.

In old Rus there existed the tradition of matchmaking before weddings. If a guy was not sure that the girl he liked would accept his proposal, he sent her gingerbread. If the girl accepted the gift, it was assumed that she would respond positively. During the wedding the newlyweds were gifted gingerbread in the form of hearts. The day following the wedding the newlyweds took pryaniki to the house of the bride’s parents.

In 1778, on the city day of St. Petersburg, Empress Catherine was given a Tula gingerbread that weighed more than 65lbs and was more than nine feet in diameter. It depicted a panorama of the city. The empress was impressed.

Today a giant gingerbread can be seen at the Tula Gingerbread Museum, which contains an exhibit showing the Tula Kremlin and weighing 110lbs.

In 2014 a monument to gingerbread was erected in Tula. It is 8 feet wide. Its obverse contains the writing: “The Tula gingerbread has been famous since 1685.” They say this is the year in which the city’s symbol was born. 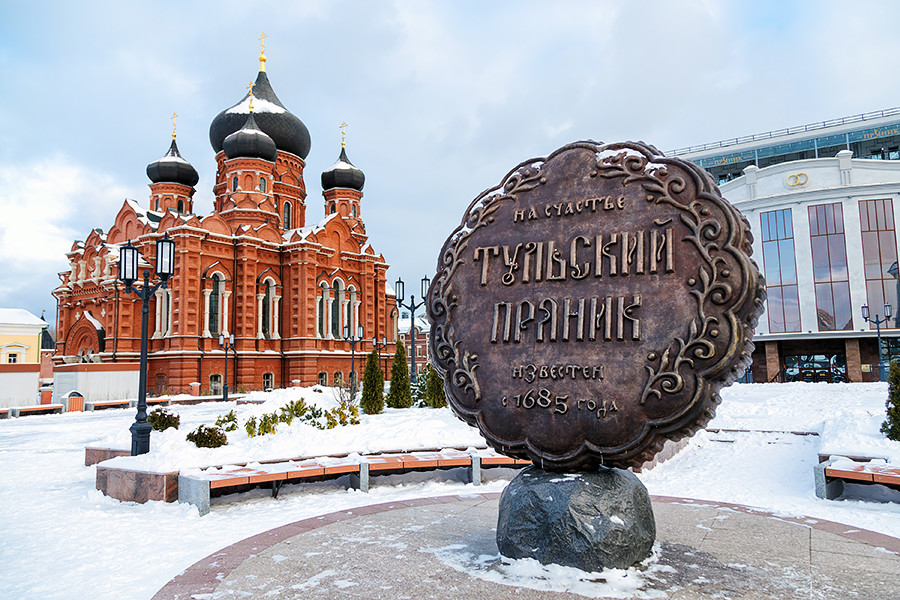 Tula gingerbread is a “printed” product. This means that first people would cut out a board from a birch or pear tree that was then aged for 5-20 years. The edges were smeared with tar or wax. When it dried the artist-carver made a drawing using a mirror. The mold for the gingerbread can last for up to 70 years. In order to remove the remainders of the dough, the mold is boiled in oil. 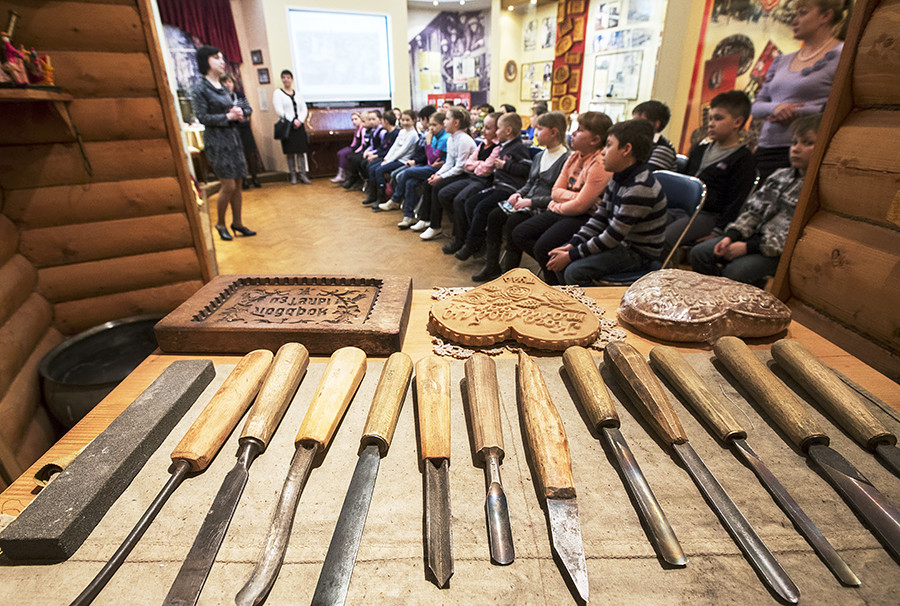 Besides ordinary gingerbread, at the beginning of the 20th century and earlier, people also baked cakes for games, without filling. During fairs they were used for games and entertainment. They were thrown around like discs. He whose cake flew the farthest would win. But it was important that the cake did not fall apart.