Could you imagine an anthill being this delicious? Try one 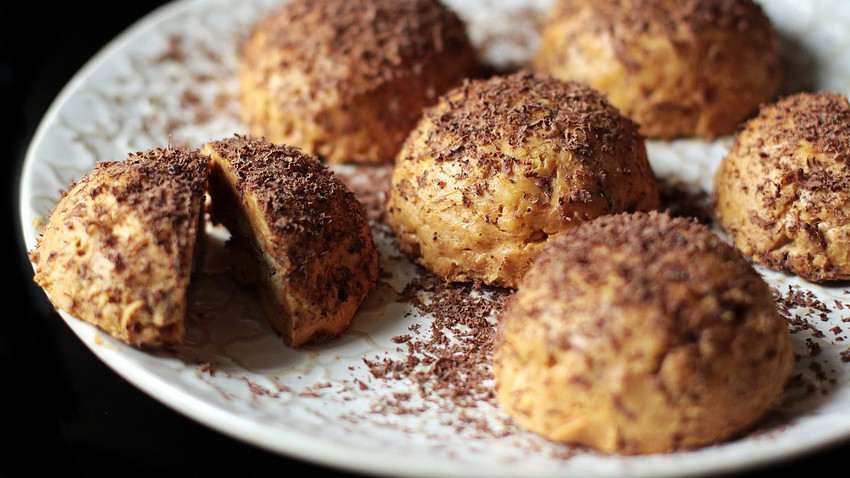 Victoria Drey
Anthill is cake beloved in Russia that became popular in late Soviet times. Russians call it Muraveynik ('anthill') because of its resemblance to an ant colony. However, the origin of the Anthill cake is vague and ambiguous.

There is a common belief the Anthill cake derives from the popular Pennsylvanian funnel cake and its equivalents: German strauben, Indian jalebi, Finnish tippaleipä. All of these sweets are made by pouring batter into very hot oil and cooking until golden-brown. They are then powdered with sugar or sometimes caramelized.

Well, the link may be true, but in reality, there is only a slight resemblance on the surface. Most of the sweets we’ve mentioned appear to have nothing in common with Soviet Anthill. It is much more likely they are similar to khvorost – a popular Uzbek dessert, or Tatar sweet chak-chak but not Russian Anthill cake. The thing is that all of those desserts are deep fried while Anthill dough cooks in the oven like a cake. Moreover, all these treats don’t contain any sort of cream or filling but are simply sprinkled with icing sugar or cinnamon. Anthill cake, on the other hand, is stuffed with milk caramel – a Russian type of dulce de leche.

For an authentic Anthill cake recipe, we’ve got to thank generations of Soviet chefs and homemakers. Essentially Anthill uses cheap ingredients and requires little effort. During Soviet times when the choice of goods was limited, the low price and simple technique were vital. That’s why Soviet and Russian homemakers loved and still love Anthill cake: it is really easy to make and needs simple ingredients. For those with little time there is even a very helpful lifehack: if you don’t want to make the dough for Anthill yourself, you can use store-bought cookies instead, that’ll reduce the preparation time in half.

In a large bowl mix the melted butter, sugar, sour cream and a pinch of salt. Then sift flour with baking powder into the mixture and work into a dough – it should be slightly short but quite plastic at the same time. Ball the dough, wrap it in plastic film and let it chill in the refrigerator for about half an hour. 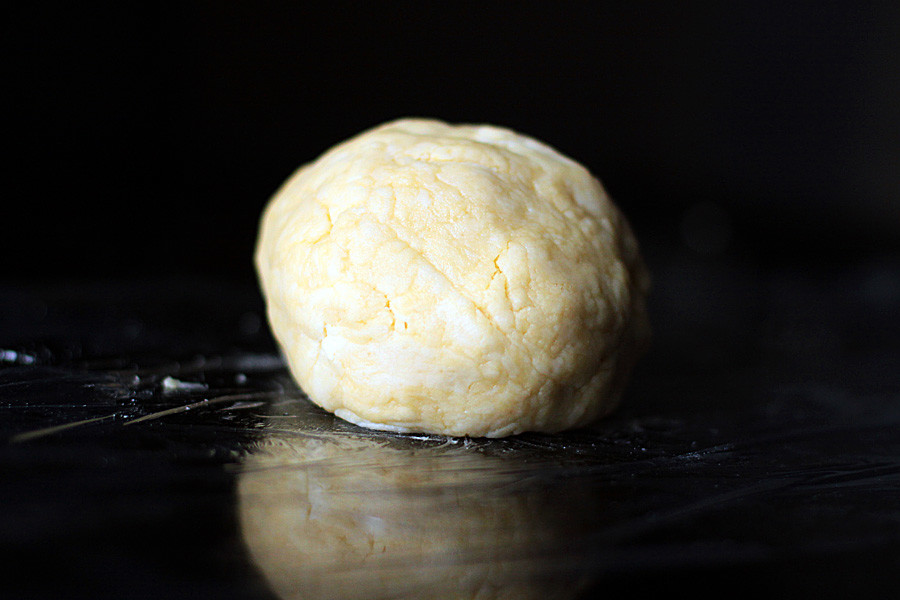 Next, you need to mince the cold dough: I use a straight meat grinder. Spread the dough over the baking tray and bake for about 20 min at 180 °C (350 °F) until it becomes slightly brown. 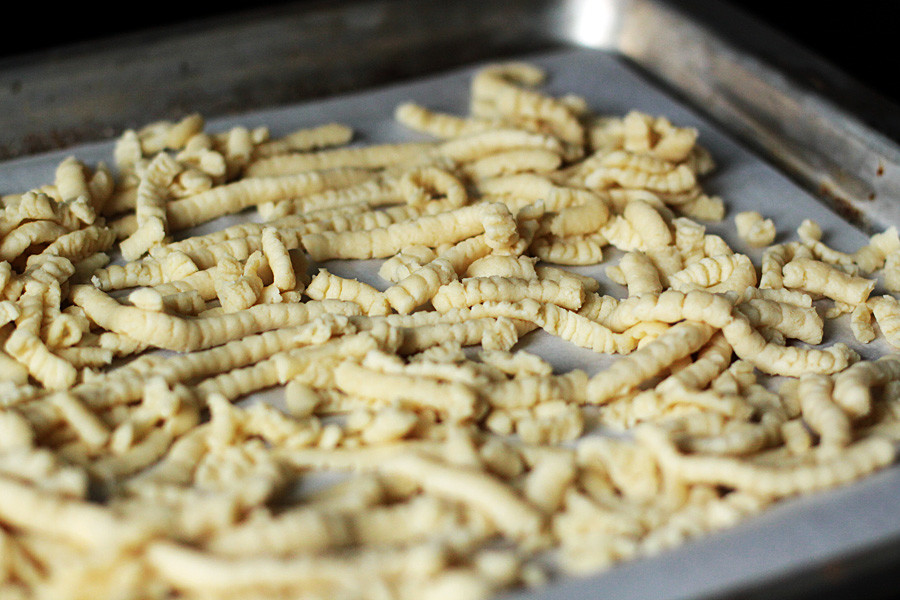 When the dough has cooled, crumble it and leave it like that. Now it is time for the cream magic: beat soft butter with a generous amount of dulce de leche, add a pinch of salt and the star of the show – a tablespoon of cream-based liqueur. I promise it will give your cream a rich and unique taste. 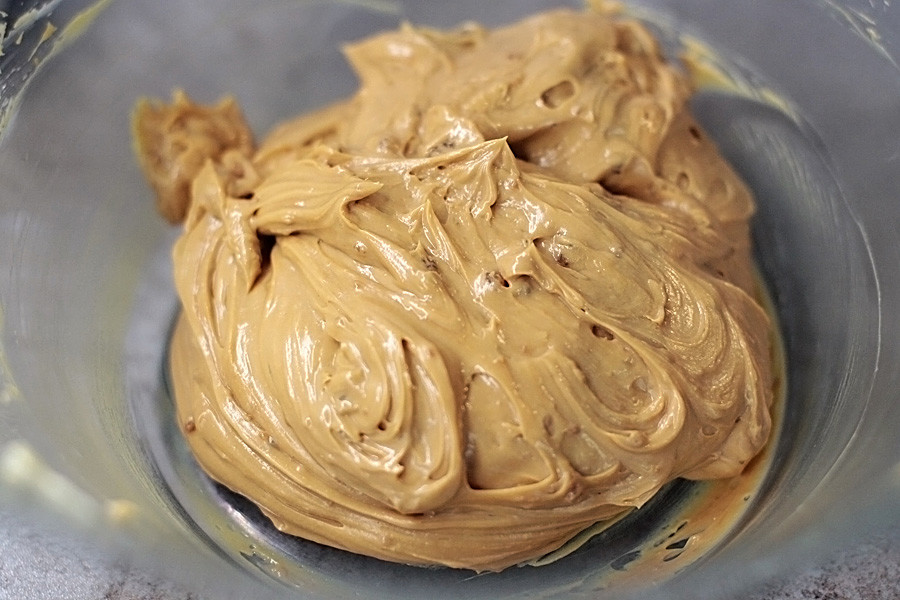 When the cream is ready, add your dough crumble into it and mix well. Now you can form cakes with your hands or use a silicone mold. This amount is ideal for six small cakes. If you want to make a big one, just double the ingredients. 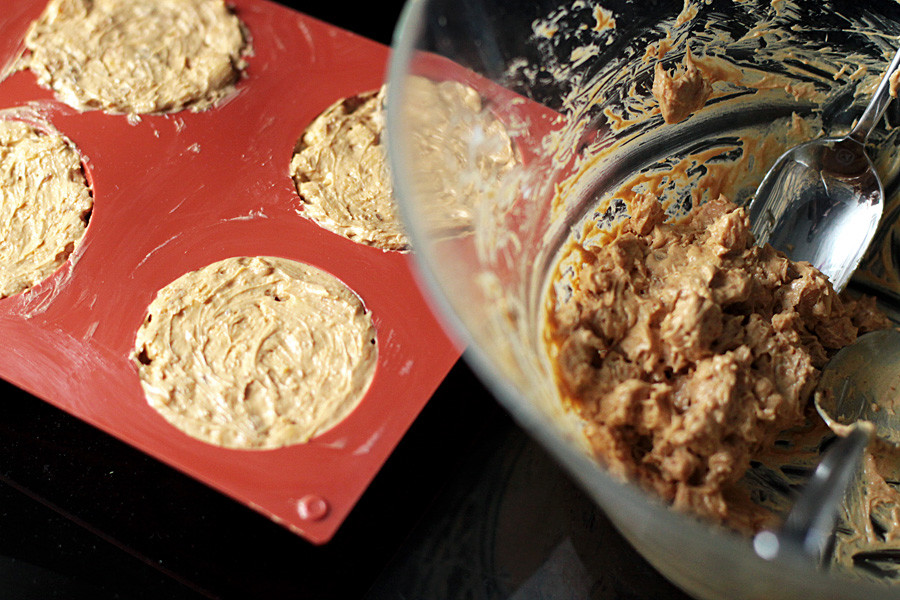 Now all you have to do is put your Anthill cakes in the refrigerator for about 3 hours and then serve with grated chocolate or poppy seeds. Doesn’t it look like hundreds of ants crawling over their anthills? 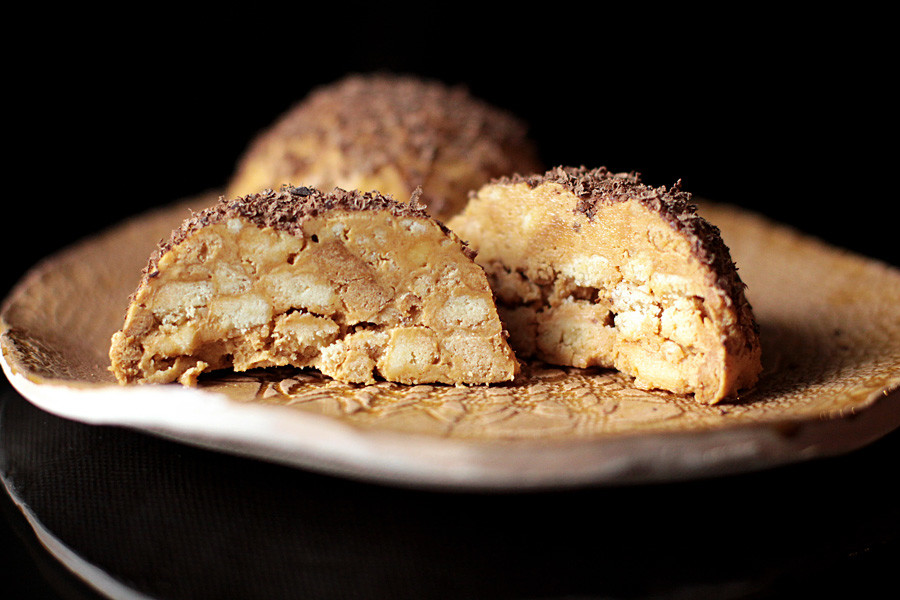