How folk costumes looked in the USSR 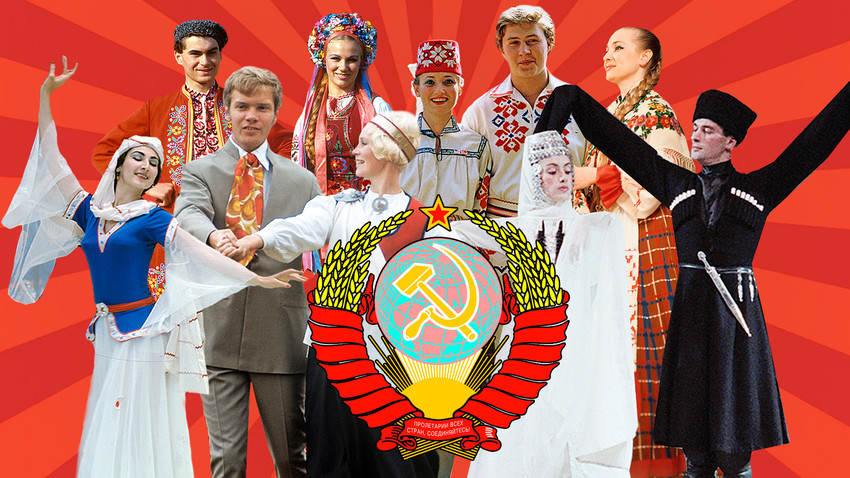 Legion Media; Alexander Nevezhin; Alexander Makarov; Valery Shustov; Alexander Polyakov/Sputnik; Malkhaz Datikashvili/TASS
The 15 nations that were part of the Soviet Union consider these costumes a cultural heritage that must be cherished. 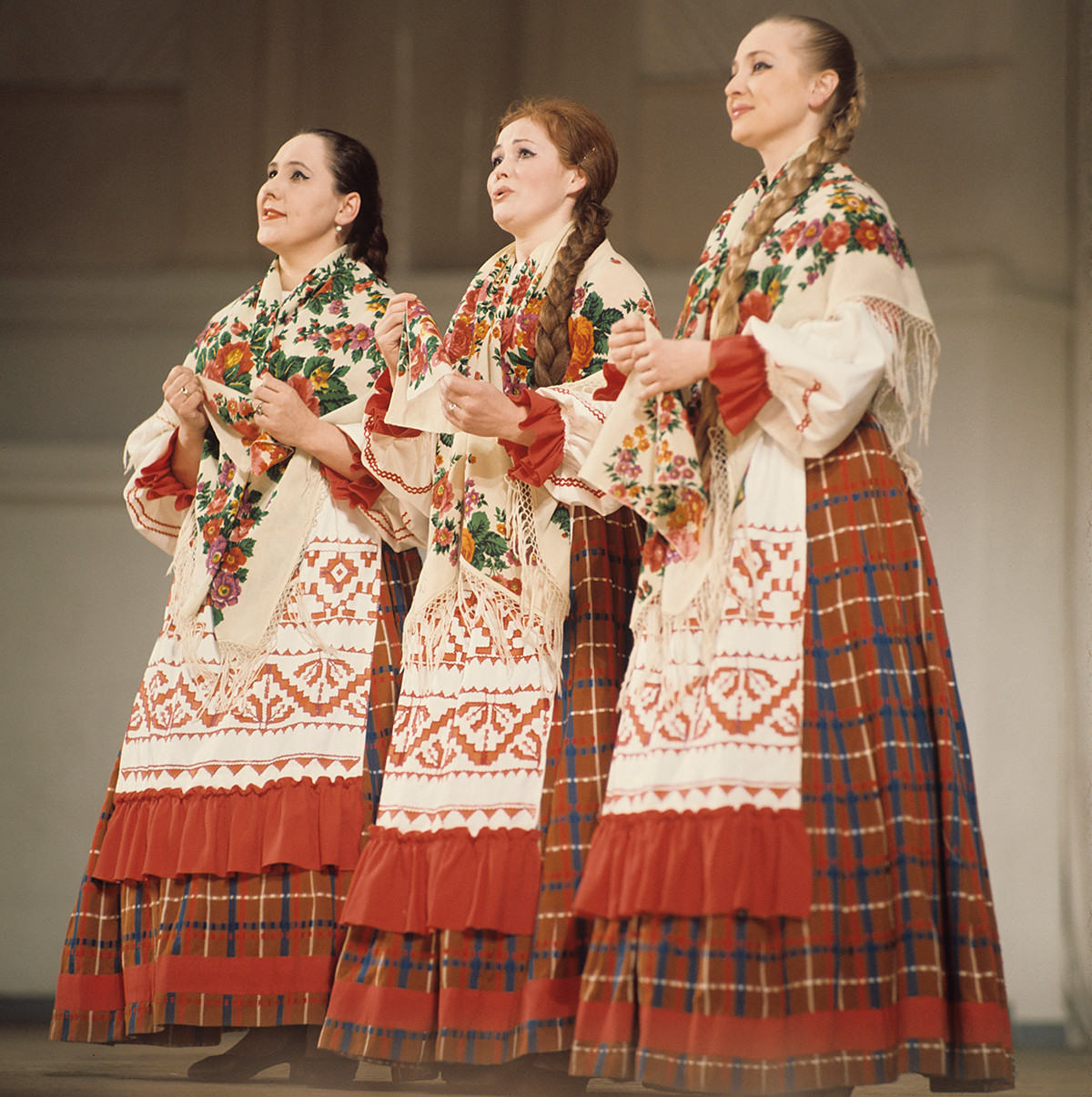 What we know as the traditional Russian costume today takes its roots from the clothes that peasants used to wear centuries ago. Back in the day, Russians used many types of outerwear that were either pulled over one’s head or buttoned up.

Men’s and women’s clothes differed a lot: instead of pants and caftans, women used to wear dresses and long shirts. Women were also expected to cover their hair. 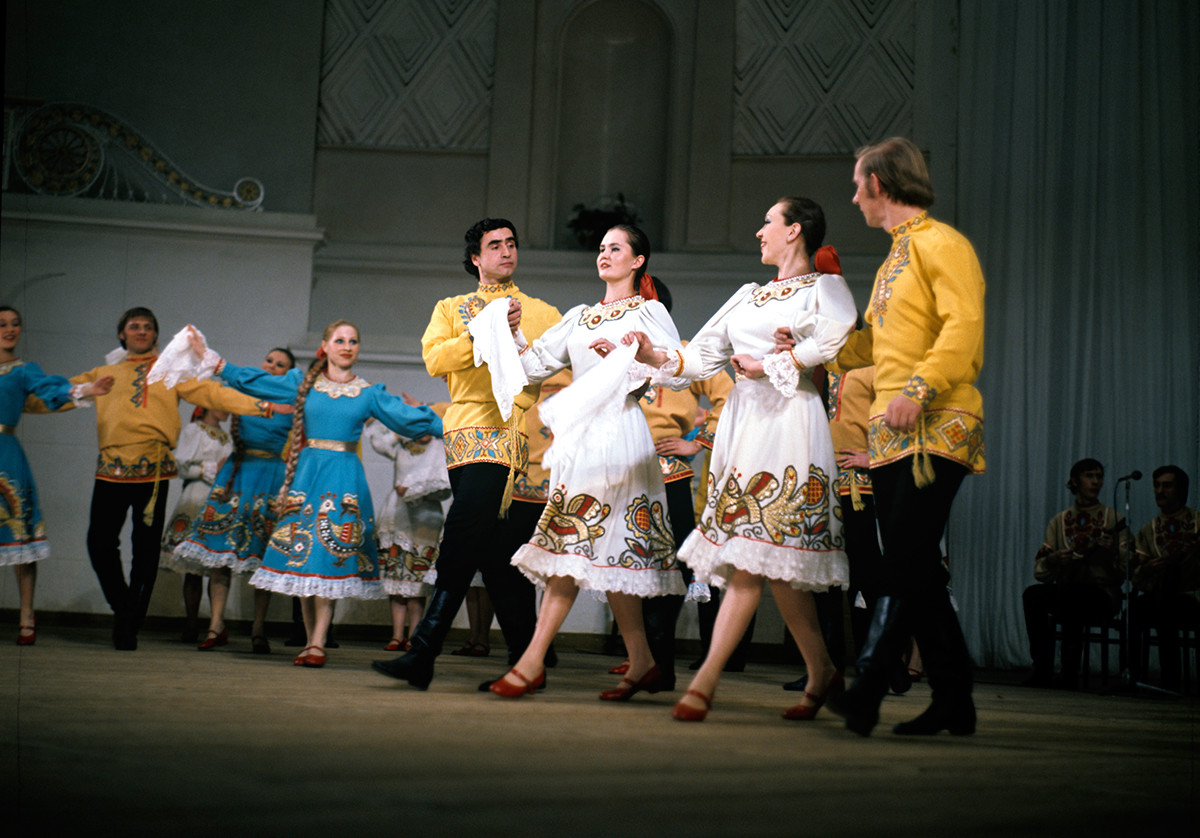 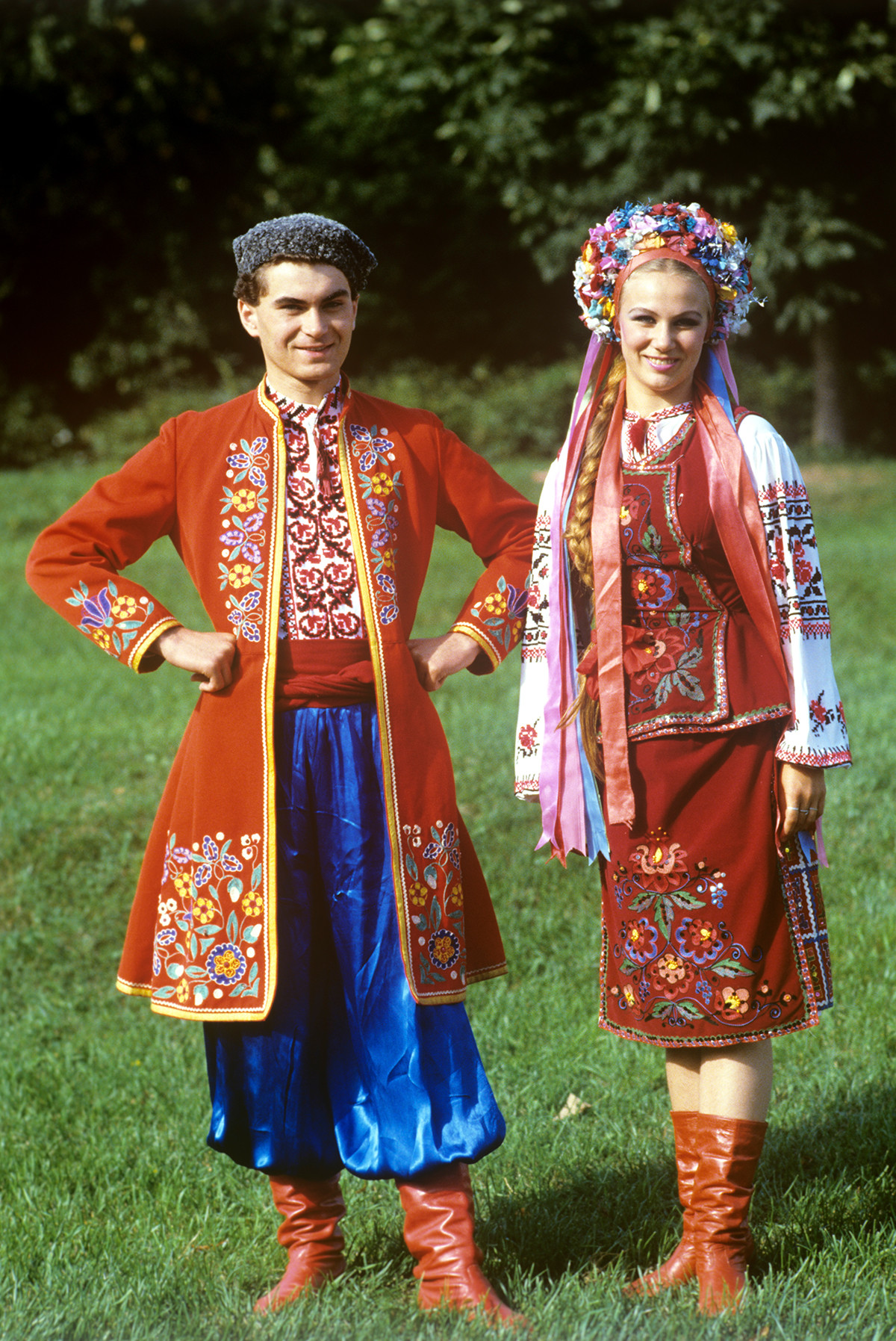 To an untrained eye, the Ukrainian national costume may seem identical to the Russian or Belorussian costume. Although the three do indeed resemble each other and have some common features, the Ukrainian costume does have some unique features.

One of such features is on the men's shirt. The cut in the front is decorated with embroidery. The shirt is also tucked into the men’s pants — something that’s rarely seen in the Russian dressing tradition. Meanwhile, men’s pants are usually very wide. And women often decorated their hair with variegated ribbons.

The color palette is also very distinctive: although red and white are the main colors, blue is much more widely present. 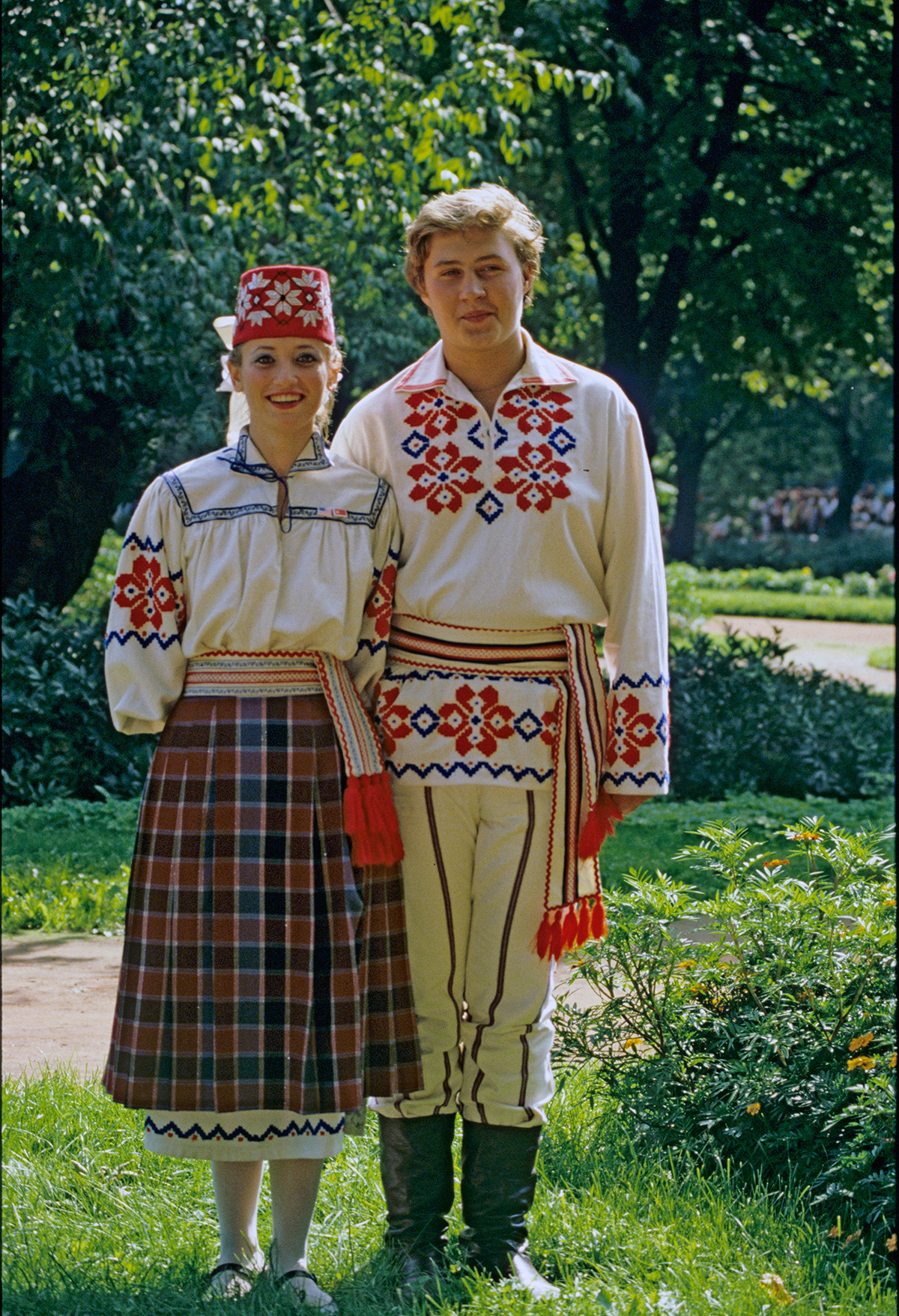 As mentioned above, this costume also has many similar features with the Russian and Ukrainian costumes, but it also has its unique features. The Belarusian national men's costume consists of trousers and a shirt. It’s decorated with ornaments. The shirt is worn loose over the pants. And belts are integral parts of the costume.

Women were shirts, skirts and aprons. Both men’s and women’s dresses are decorated with ornaments. While the patterns are mostly embroidered with red threads on white fabric. 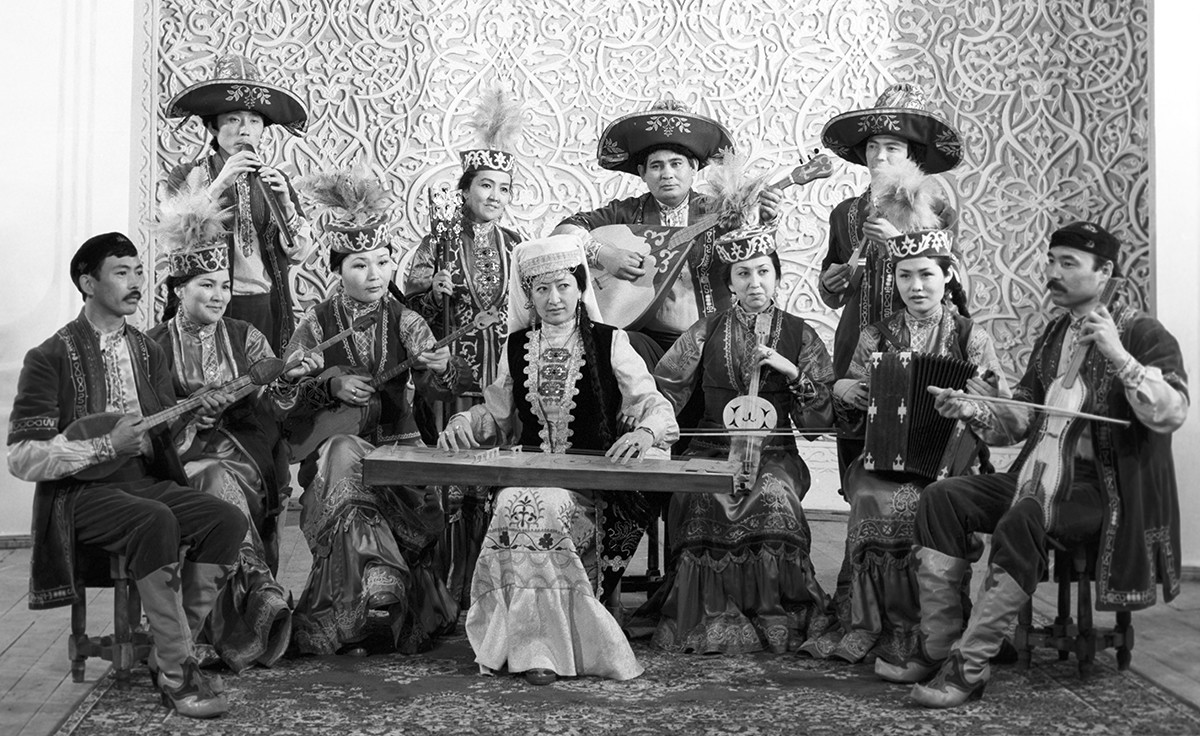 The Kazakh national costume is richly embroidered with ornaments. One of the most recognizable parts of men’s costume is a robe decorated with golden ornaments and a massive hat in the same style. 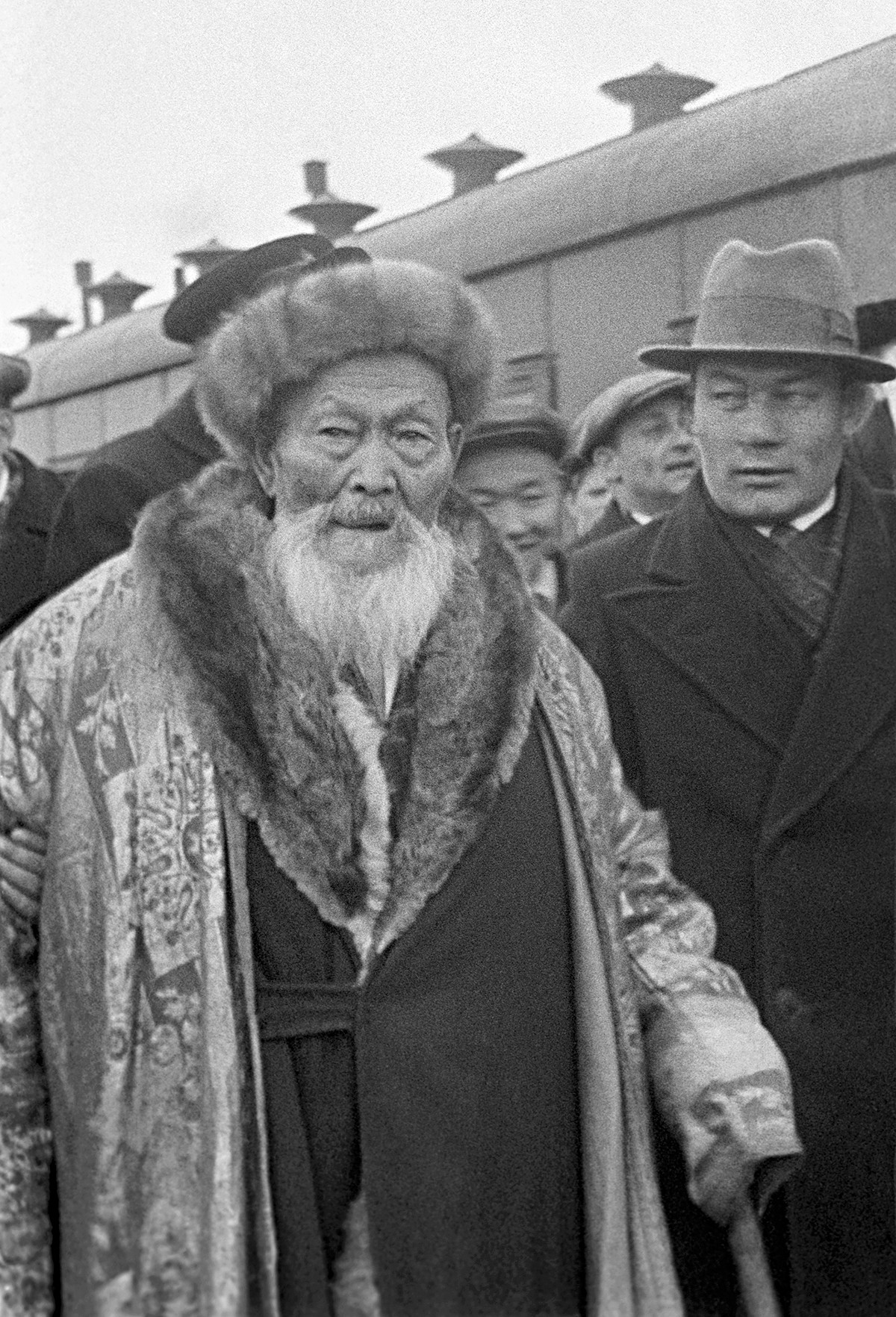 Winter clothes are made of fur and also decorated with ornaments that often come in gold colors. Fur hats are a common part of the costume for men and women alike. 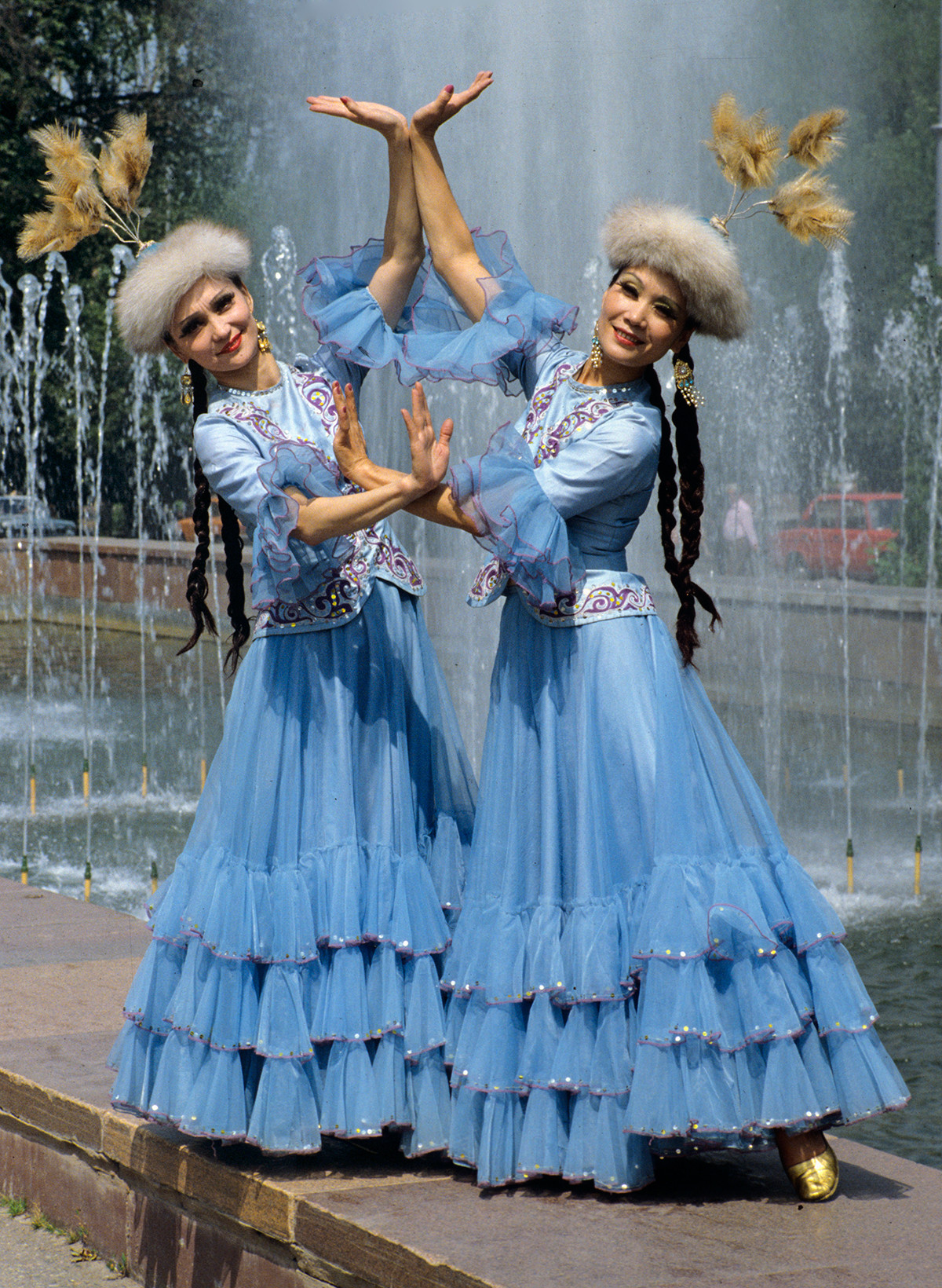 Young women wear light and bright dresses of mostly white and blue colors. A richly decorated hat is another part of a young woman’s costume. 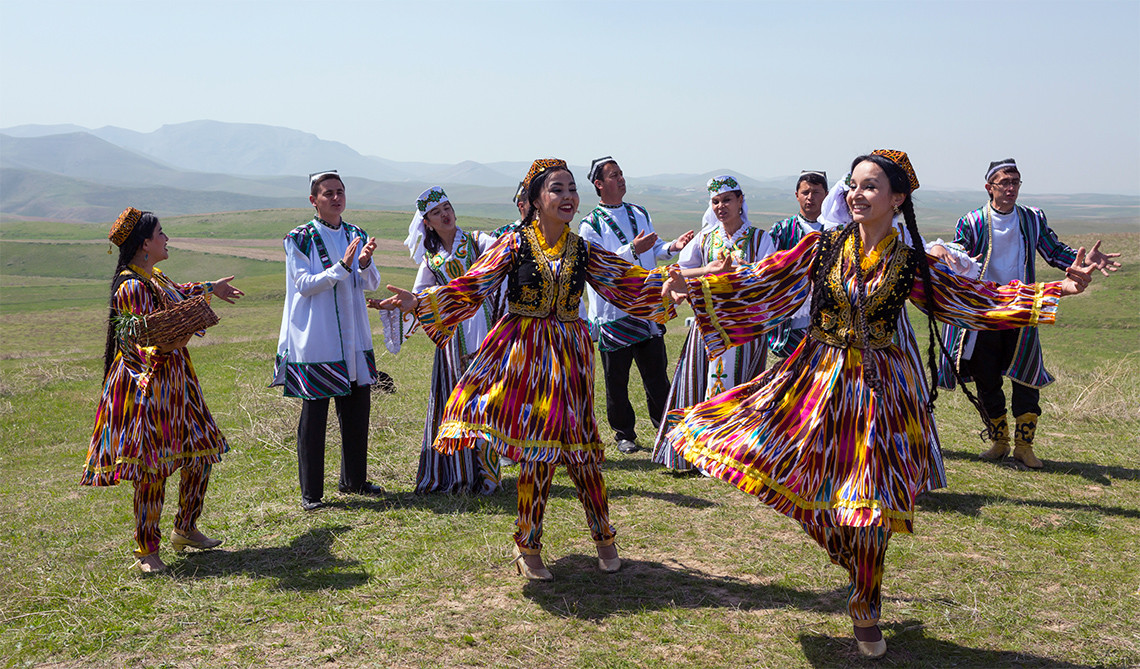 At the heart of the Uzbek national costume, there is a so-called chapan — a quilted robe tied with a waist scarf. The robe is made light or warm, depending on the season. 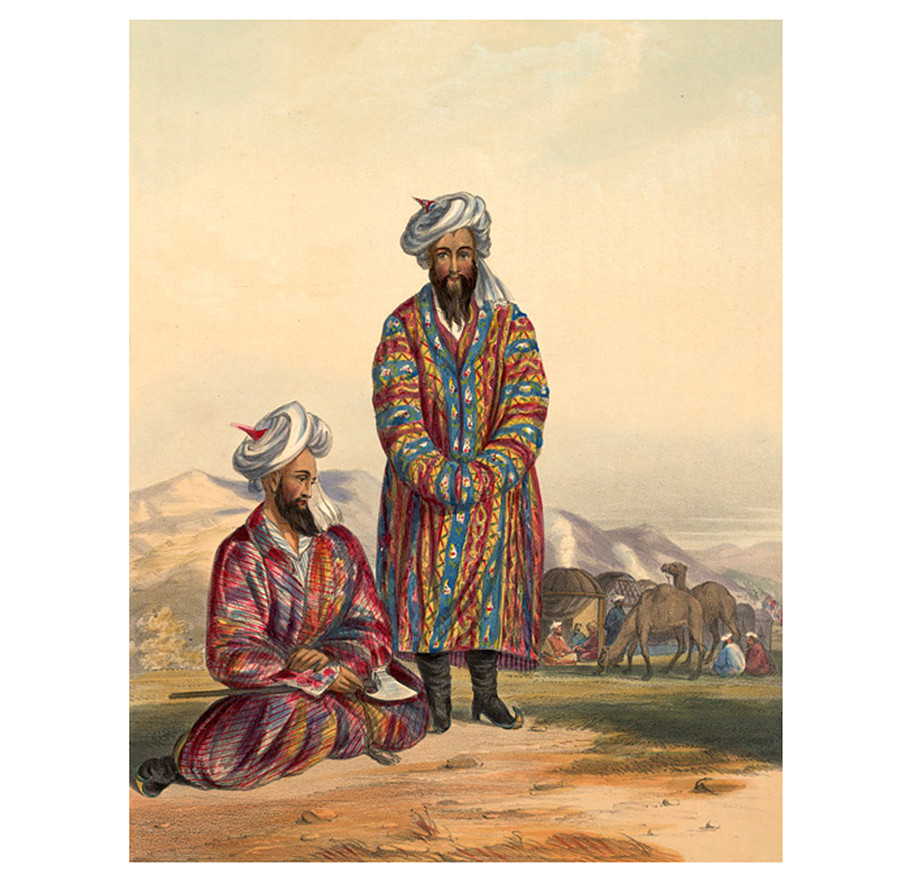 Both men's and women’s clothes are very colorful. The women’s dresses are also made in variegated colors arranged in stripes.

For men, a turban is an important feature of the costume — a direct reference to their Muslim culture. 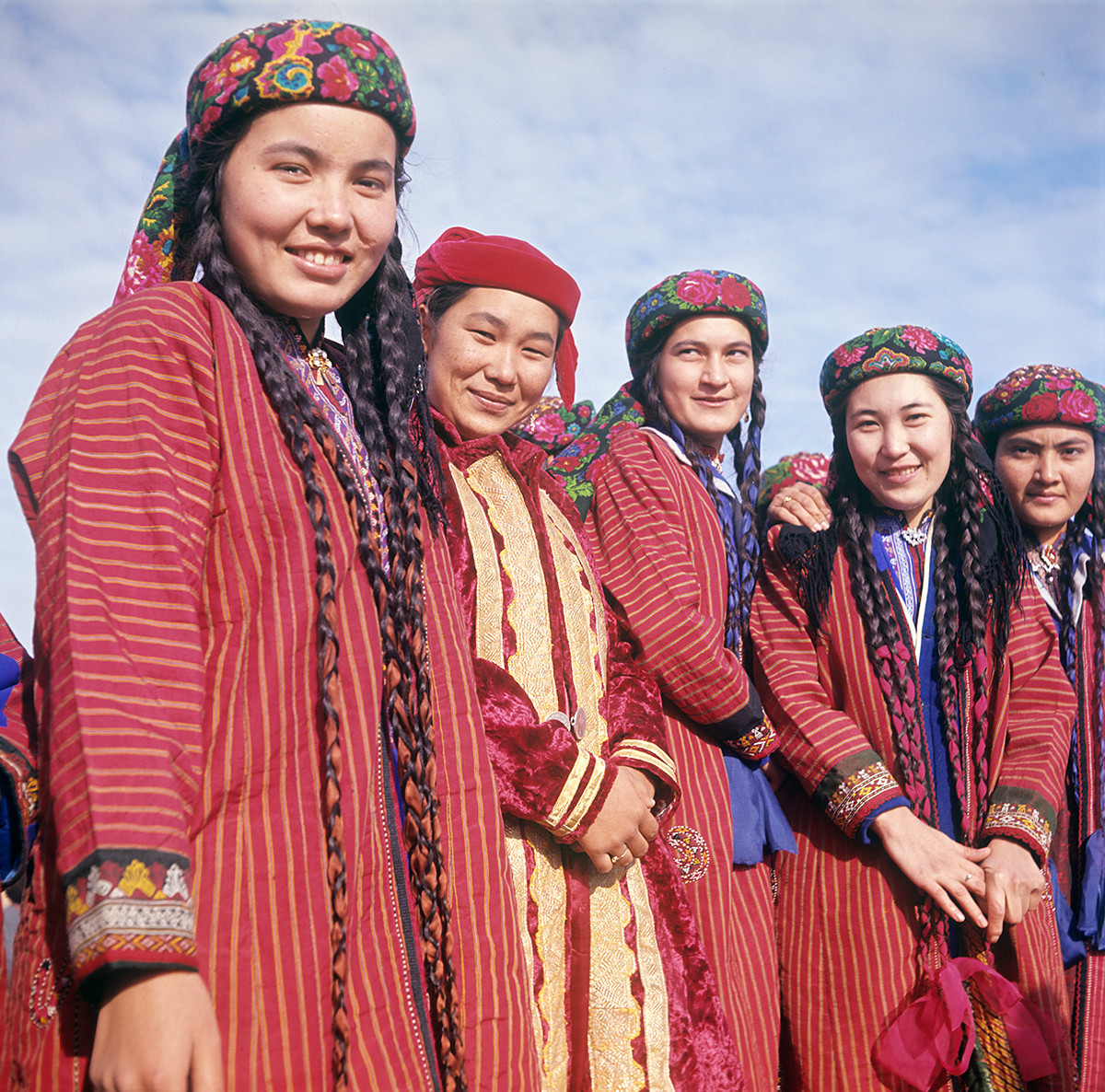 Turkmens mostly make their national costumes in red, black, yellow, and white colors, yet the main color that dominates is green. Women decorate their collars, sleeves and fringes with embroidery. 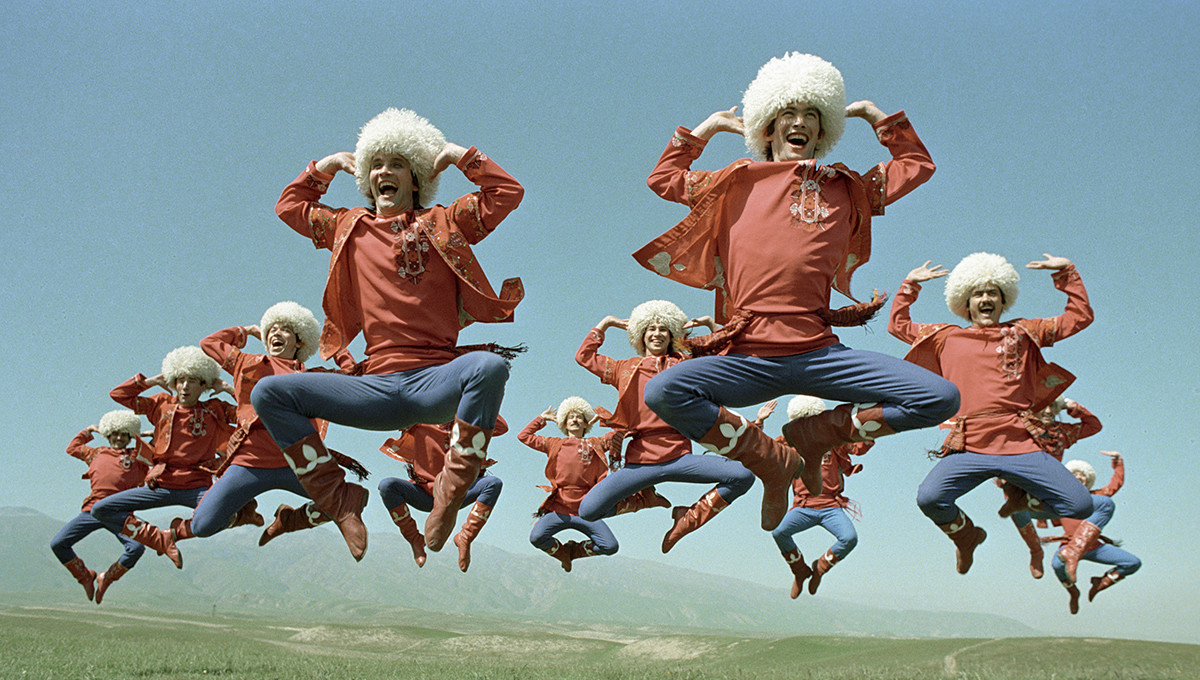 In comparison with Kazakh and Uzbek dresses, the Uzbek women’s dresses tend to fit the body better.

A men’s hat made of sheepskin is the main sign of a Turkmen man's dignity. To defiantly pull it off was always considered a great insult — an insult that could only be washed away with blood. 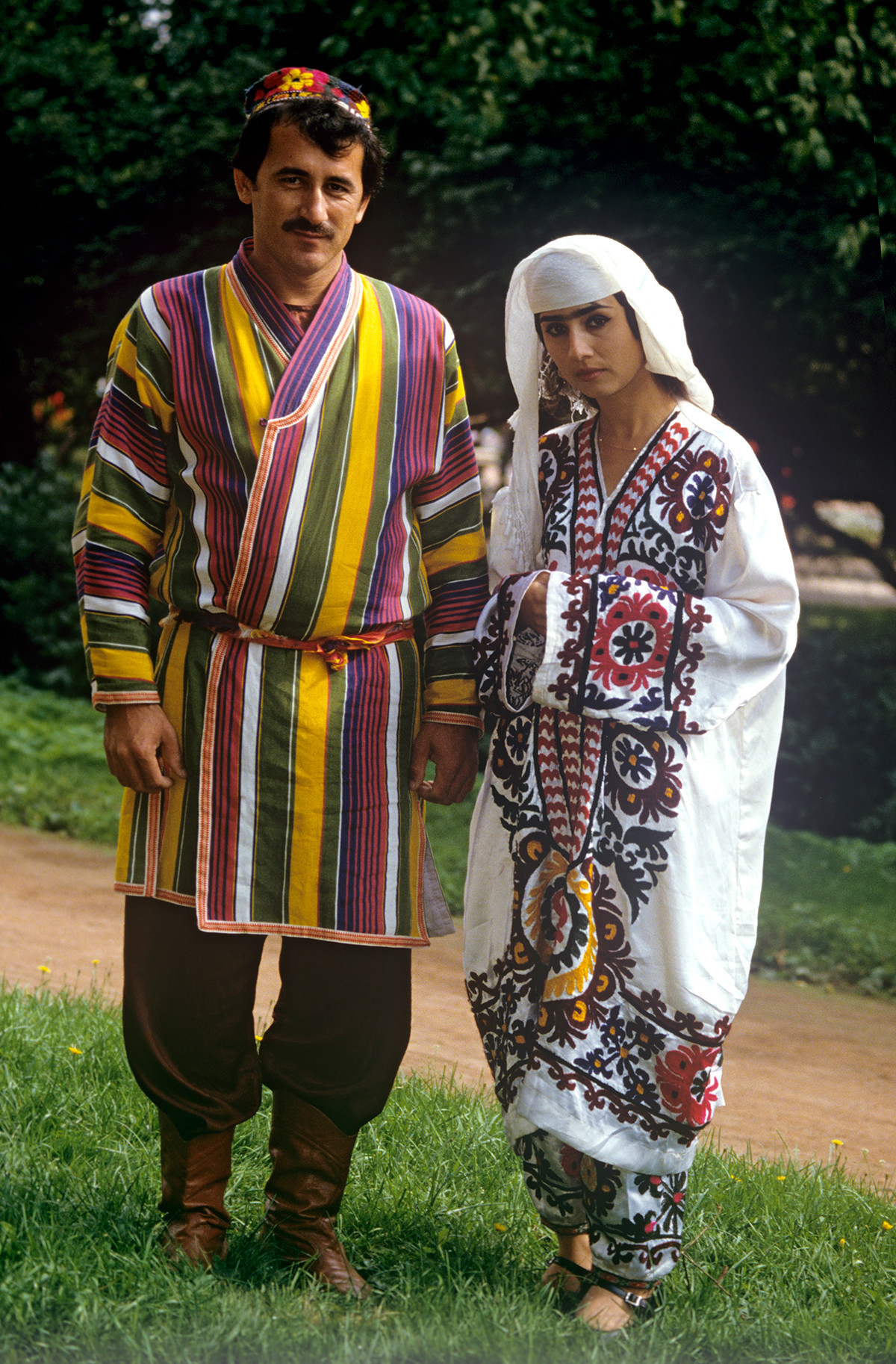 The men's and women's national clothing of the Tajiks are very much alike - tunic-like and loose so that it hides the shape of the figure well — an important feature of the clothing, as most Tajiks are adherents of Islam and excessively revealing clothes, as well as tightness in clothing, is not welcome.

Tajik national clothing traditionally has very bright colors. The costume reflects the status of its owner and his well-being. The more luxurious an outfit, the richer its owner is considered to be. 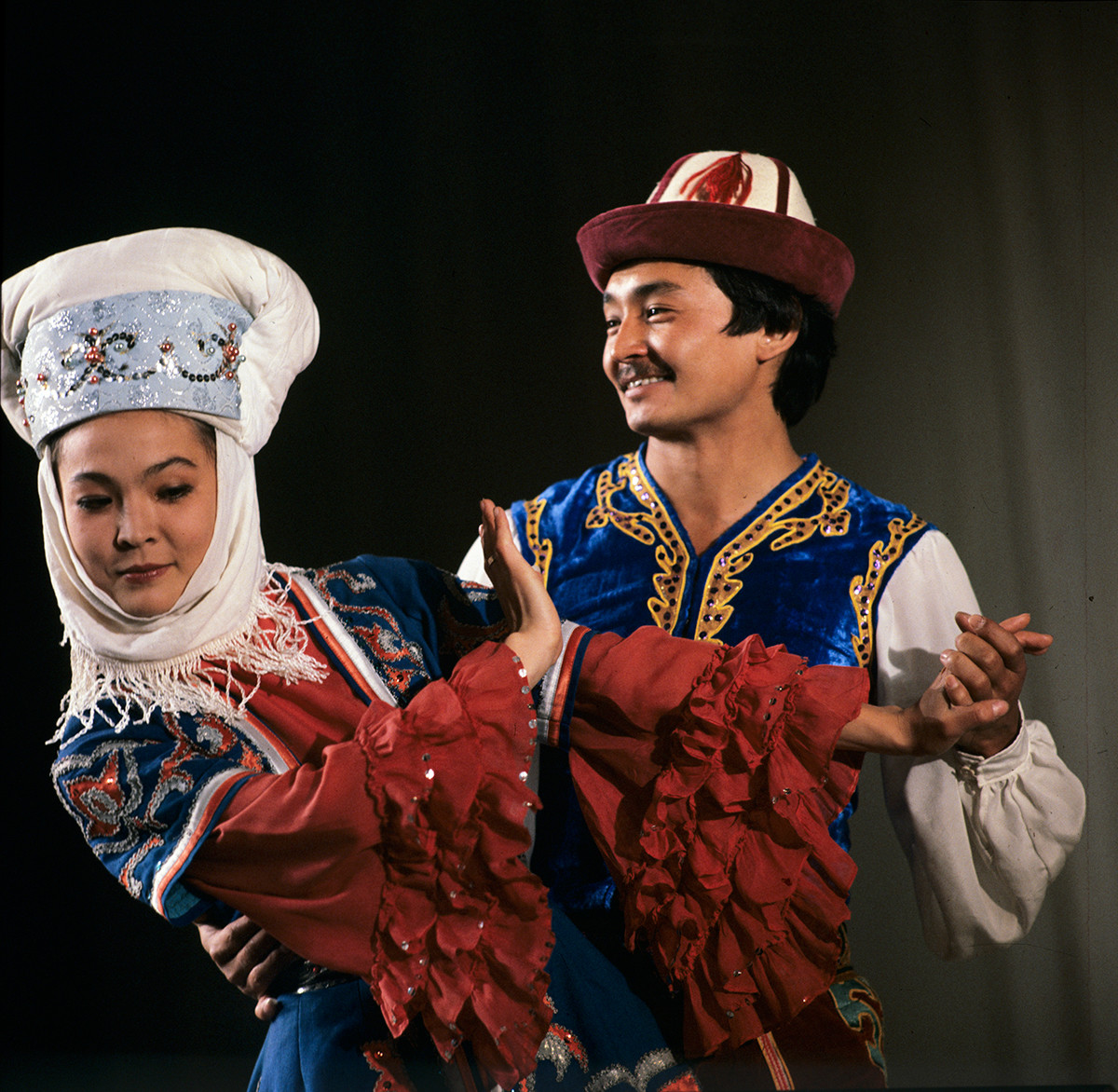 The traditional Kyrgyz costume is made of natural materials such as wool, felt, leather and other fabrics. It is very similar to the Kazakh costume with regard to ornaments and decorations.

Yet, the unique part of the Kyrgyz national male costume is the elongated white hat made of fur — known as a kalpak — an element of clothing that is still very popular in Kyrgyzstan today. 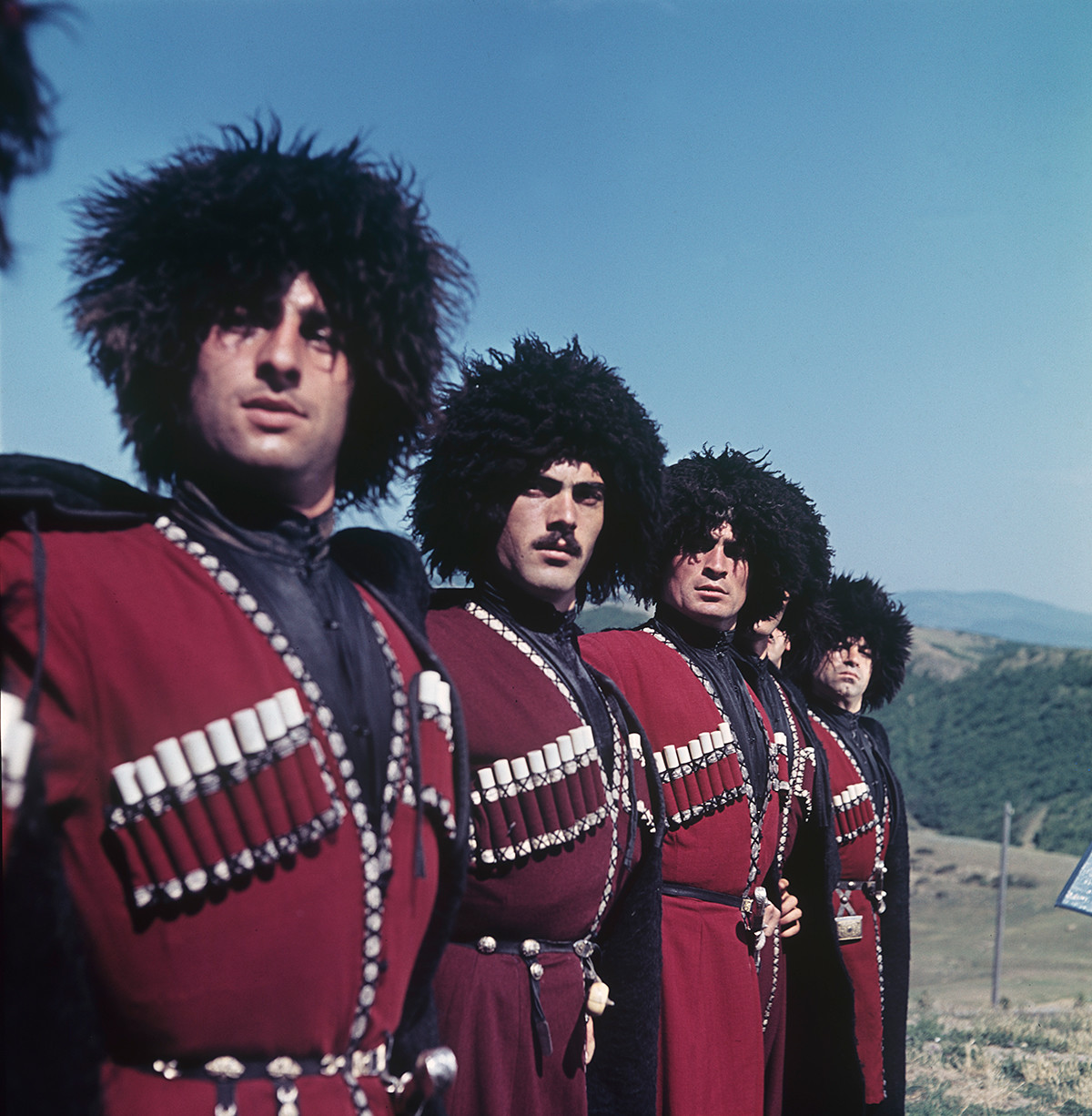 The men’s national costume is known in Georgia as chokha. It has a very distinctive form and color scheme — something that makes it widely recognized in many parts of the world. The women’s dress can differ in color: a wedding chokha can be white or beige while the black chokha is considered to be more casual. 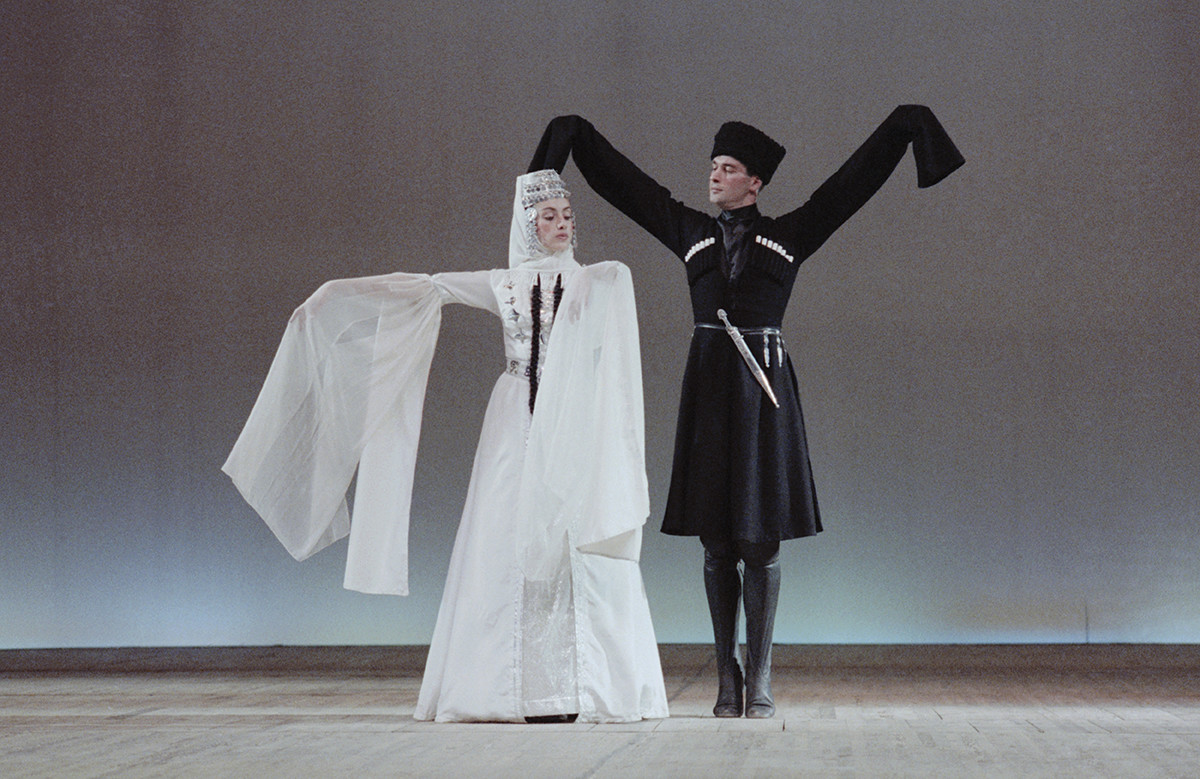 For Georgians, a chokha is a symbol of courage and bravery. For a Georgian man, wearing the national costume is a sign of prestige and status, but it remains quite expensive, even today.

A blade and masrebi — decorative chest pockets used for stocking gunpowder and now ornamental imitations of the real paper cartridges used in the musket era centuries ago — are two main features of this national costume. 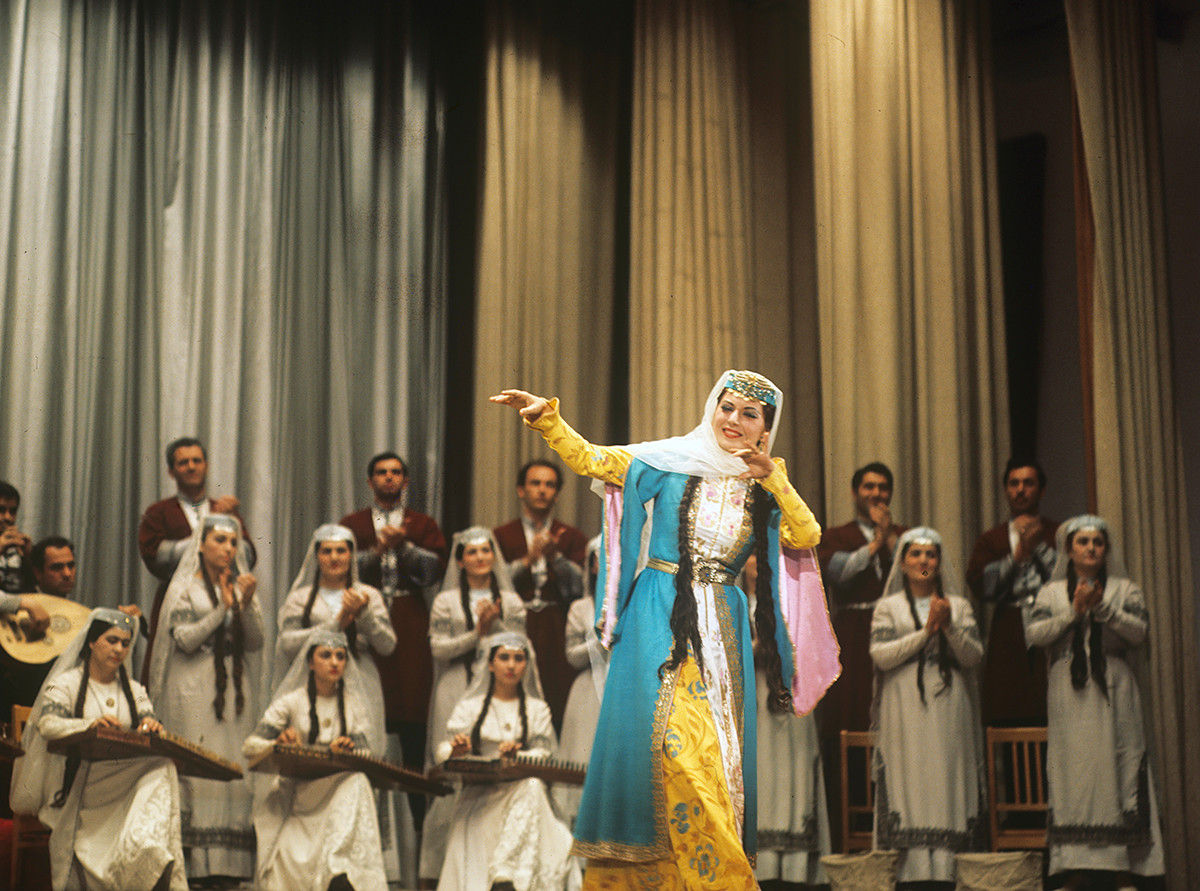 The Armenian national costume is known as a Taraz. It consists of a shirt, a vest, a fur coat and pants. The collar of the shirt is mostly decorated with embroidery. The women’s dress is made of cotton and goat fur.

The women’s dress consists of skirts, vests, tank tops and is made of satin, silk and velvet. Women decorate the dresses with embroidery, while representatives of upper classes decorate their dresses with gold and silver threads. 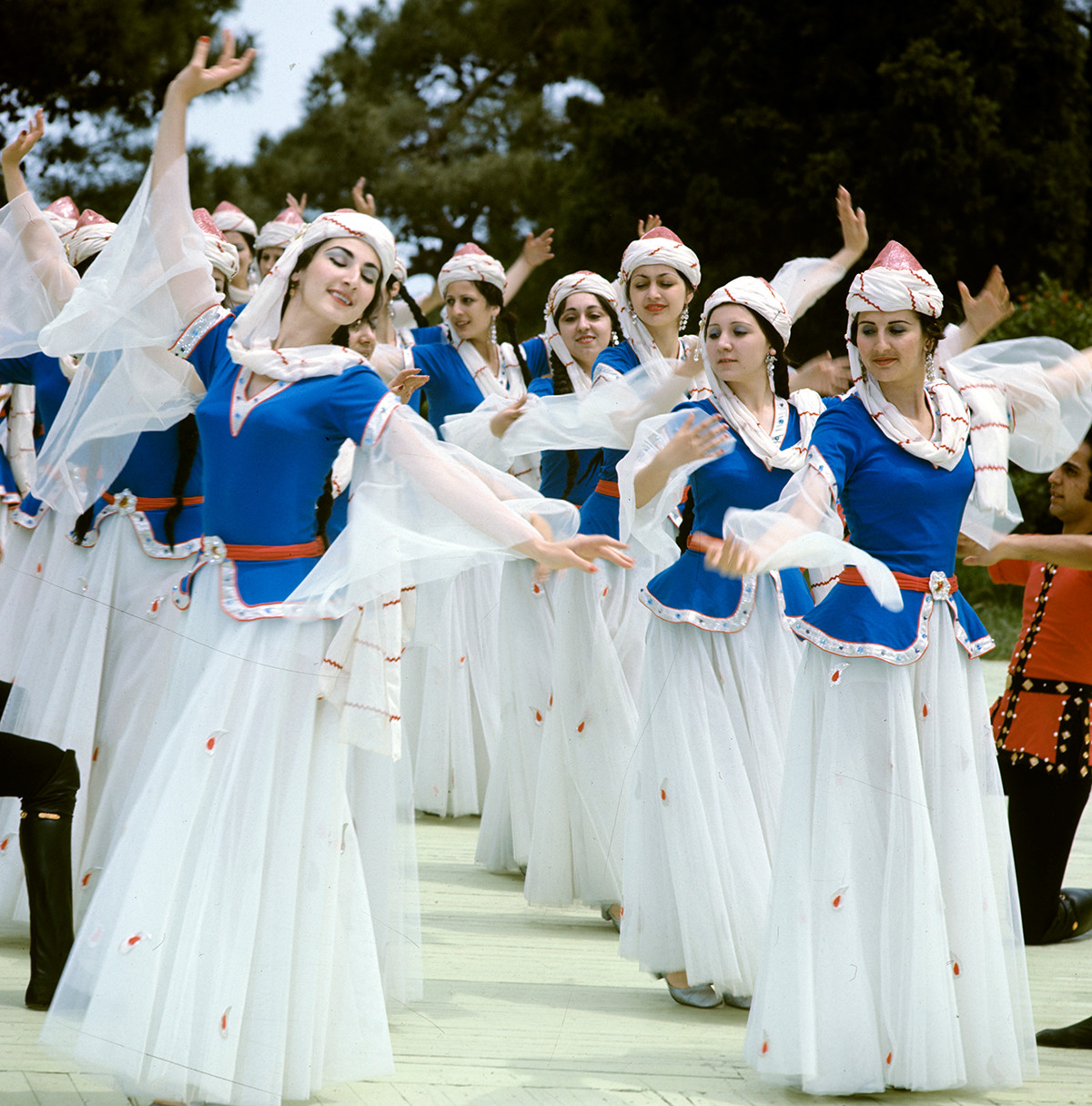 For men, a belt and a blade are mandatory attributes of the costume. The headdress is made of sheep fur. 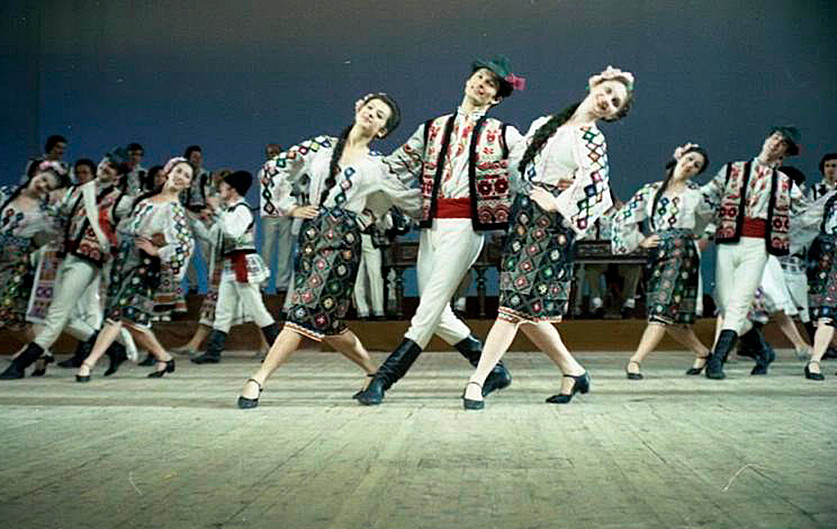 The main feature of the Moldovan national costume is its rich decoration with floral ornaments of different kinds. Both the men’s and women’s costumes are mostly white and black, but they are always decorated with patterns of leaves, flowers and fruits. 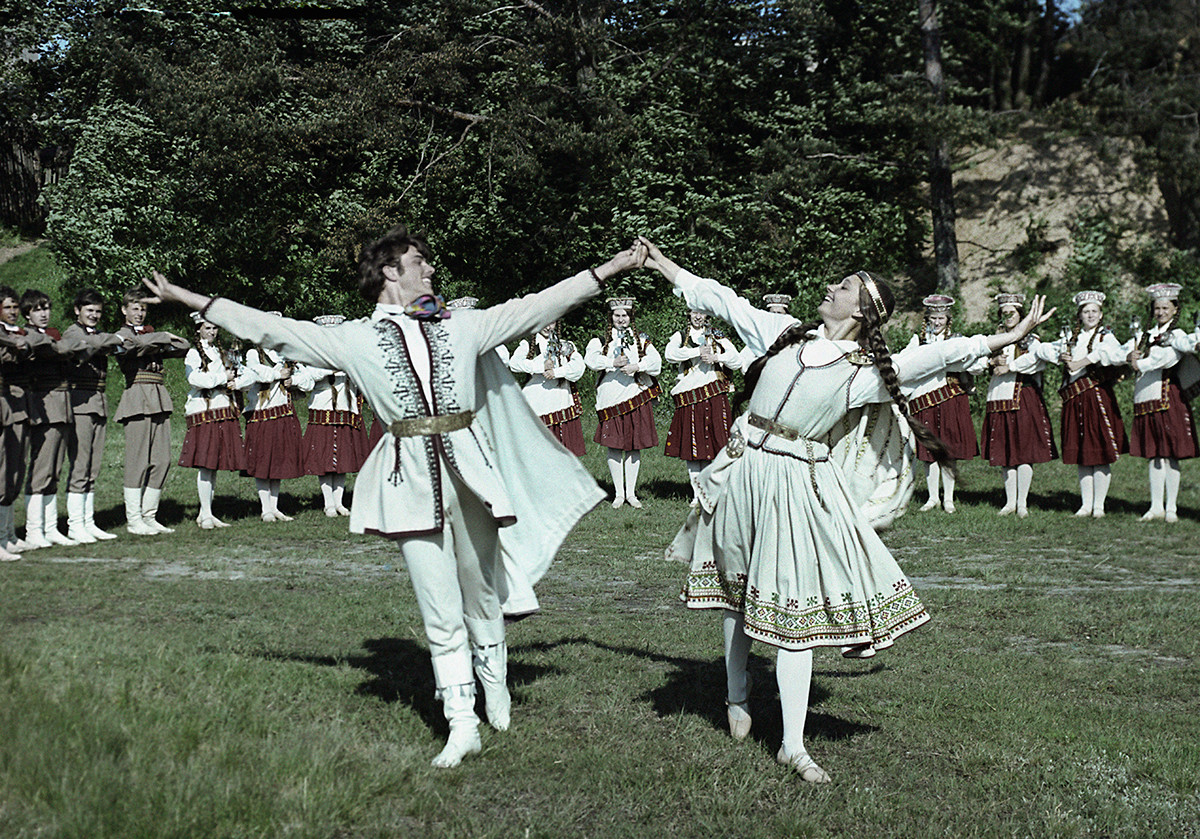 The Latvian folk costume consists of a shirt and pants for men and dresses for women. It also has a vest or jacket with long sleeves, socks and a long coat. Compared with most other folk costumes, this one is very reserved and moderate in form and color. 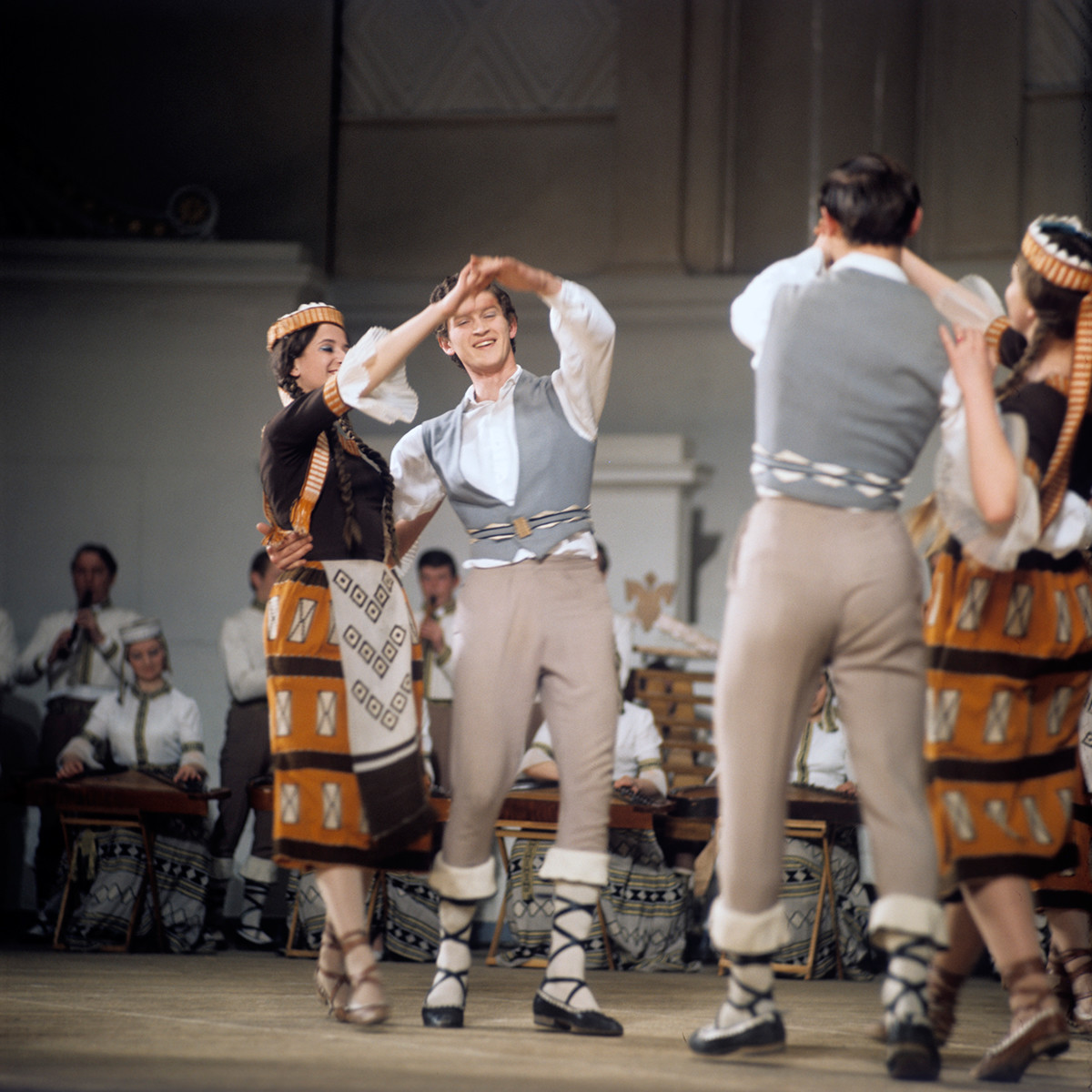 Lithuanians used to dress differently from region to region, yet there are some common features to the Lithuanian folk costumes. Women wear long skirts: in some places, these are white and decorated with ornaments, while in other regions the skirts are colored in red or black and white bright colors. Men wear coats, belts and hats. 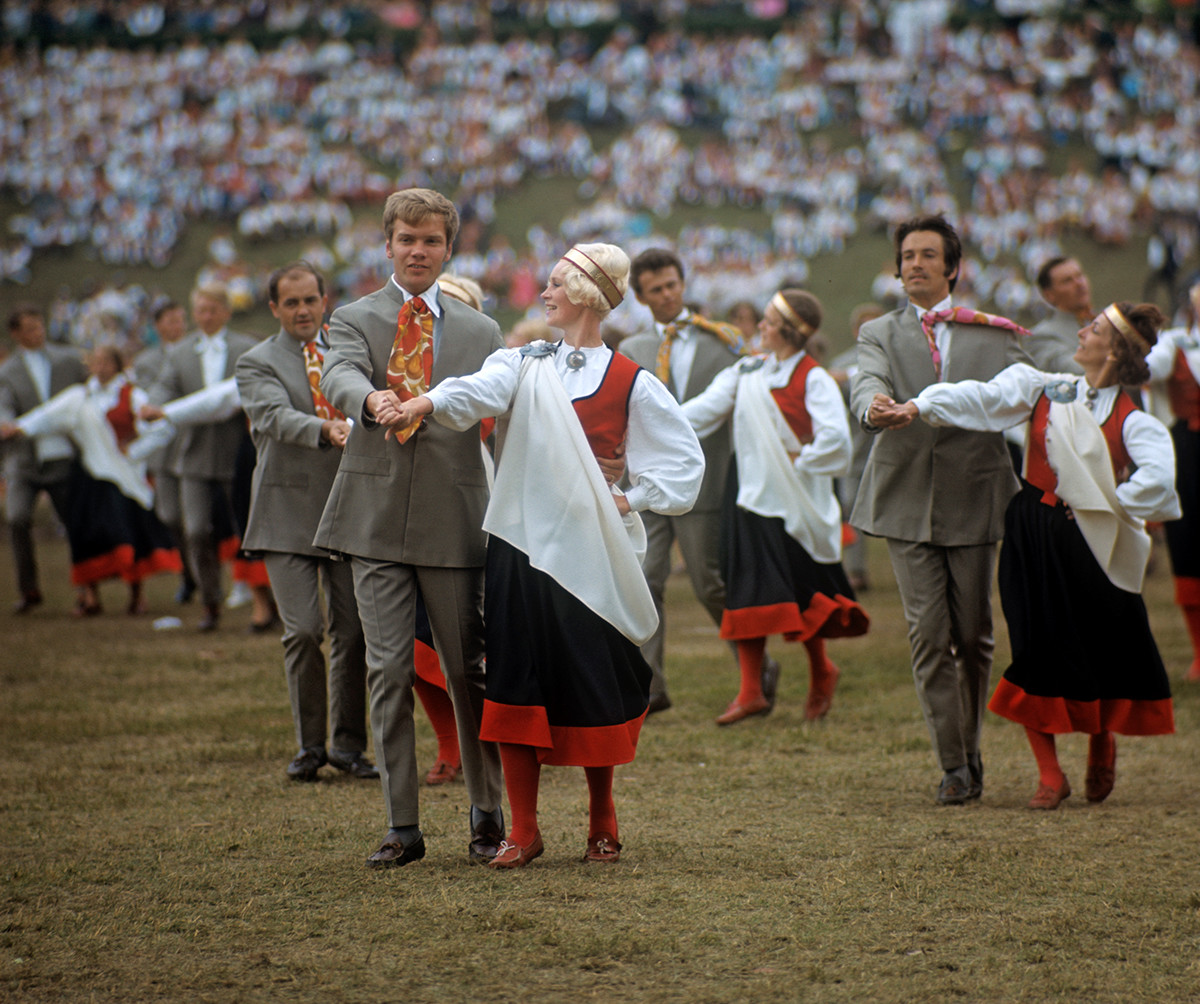 Estonian women wear a long loose-fitting shirt with puffy sleeves. A decorated belt is an important part of the outfit. Married women cover their heads in a special way with a towel.

Men wear pants, belts and shirts. Overall, the men’s outfit looks more restrained in style and color than the women’s.

Click here to find out why the USSR collapsed.