Quarantine in the ancient Russian Caucasus 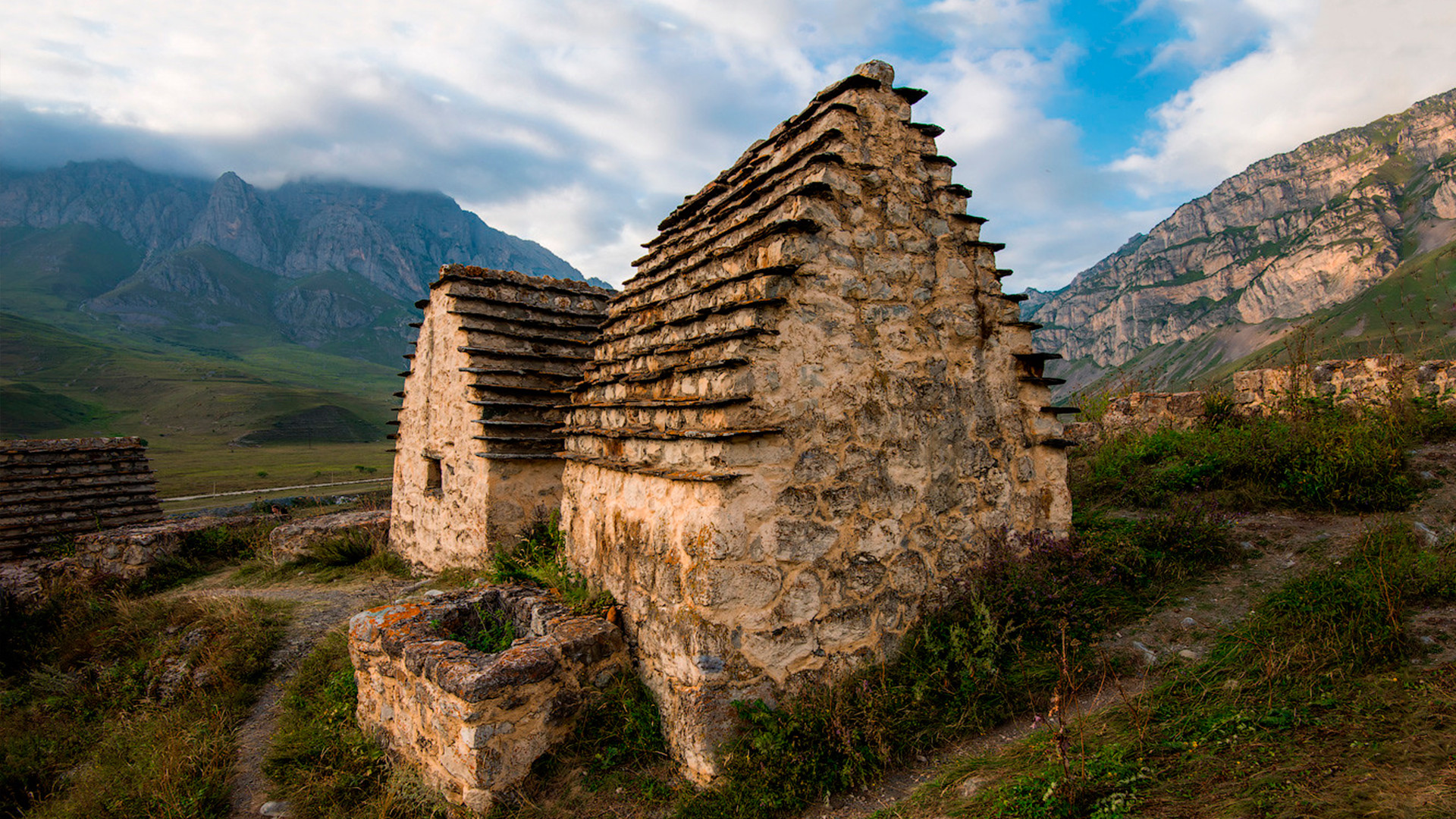 Stanislav Kazanov/discoverynn. RU
If you think your country’s quarantine measures are strict, come to the North Ossetian village of Dargavs. In plague times, locals would have to move into the local necropolis… often for good.

North Ossetia’s Gizeldon Valley has more going on for it than many of the surrounding regions. Most tourists come with a very specific goal in mind: the necropolis just outside of a village named ‘Dargavs’.

Its stone crypts, just under 100 in number, served ancient Ossetian families as a final resting place on their way to the afterlife. Some of the bodies rest in boat-shaped coffins, making archeologists wonder if people here held a belief that passing through the underworld meant crossing a spiritual river. A nearby tower, itself slowly falling into ruin, watches over the hill and only adds to the melancholy. 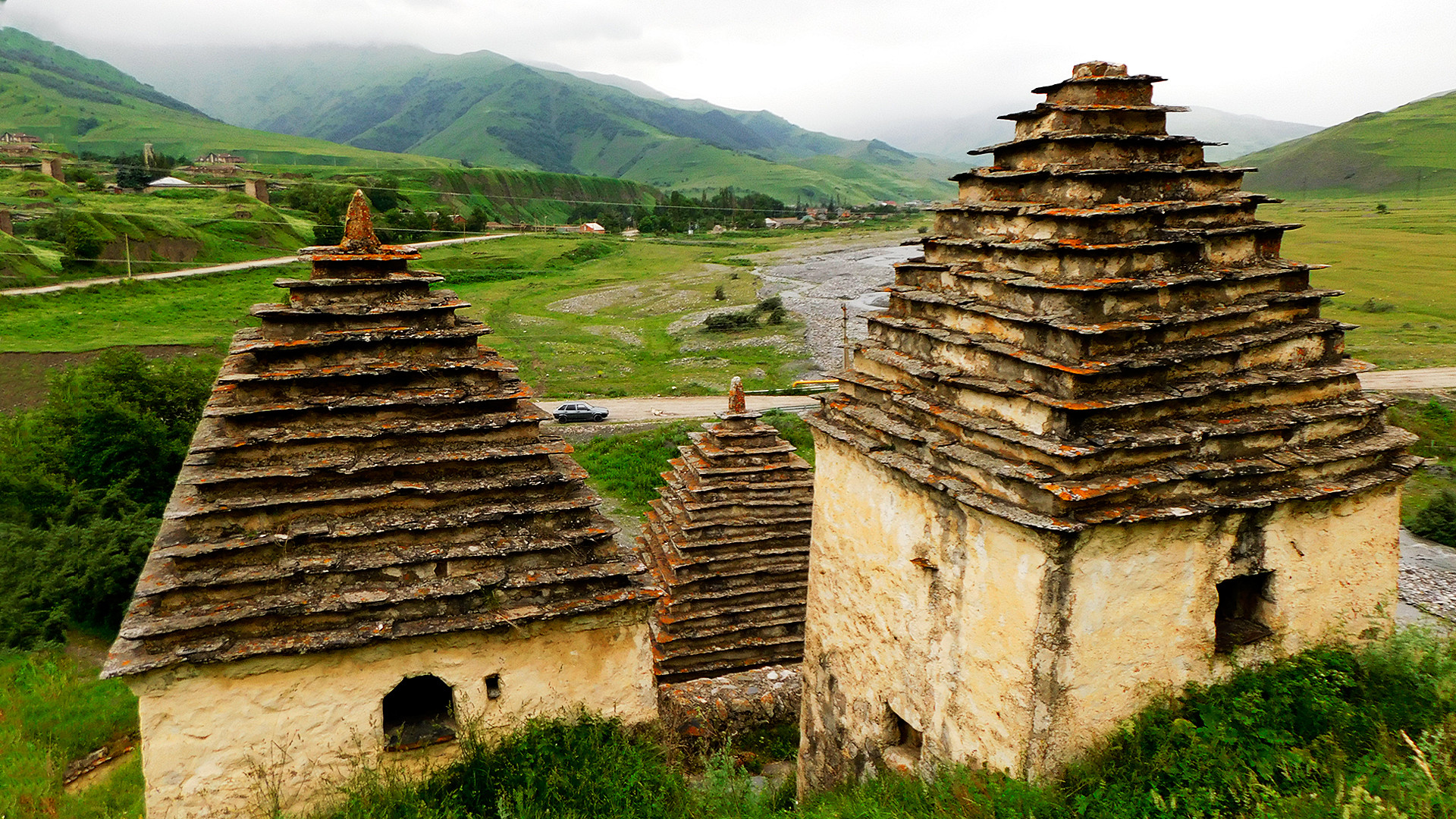 But, while this might seem at first to be the ultimate place to forget all your COVID-19 worries, travelers looking to forget about the virus are out of luck. As it turns out, Dargavs’ necropolis once served as an ancient quarantine site itself.

An exile for those infected with cholera

The crypts have long stood on the hill (the dates aren’t certain, but some estimate the first were built between the 14th and 16th centuries) as a memorial site to ancient Ossetian (or, depending on who you ask, Ingush) families. But when a wave of plagues (most likely cholera) hit the area in the 18th century, the locals found another use for them. Since quarantine became a matter of life and death, rich families built structures to house their own sick, while those who were poor and infected made their way to Dargavs for a life among the crypts.

One legend, in fact, holds that the tombs themselves were inspired by quarantine… along with a witch’s curse. 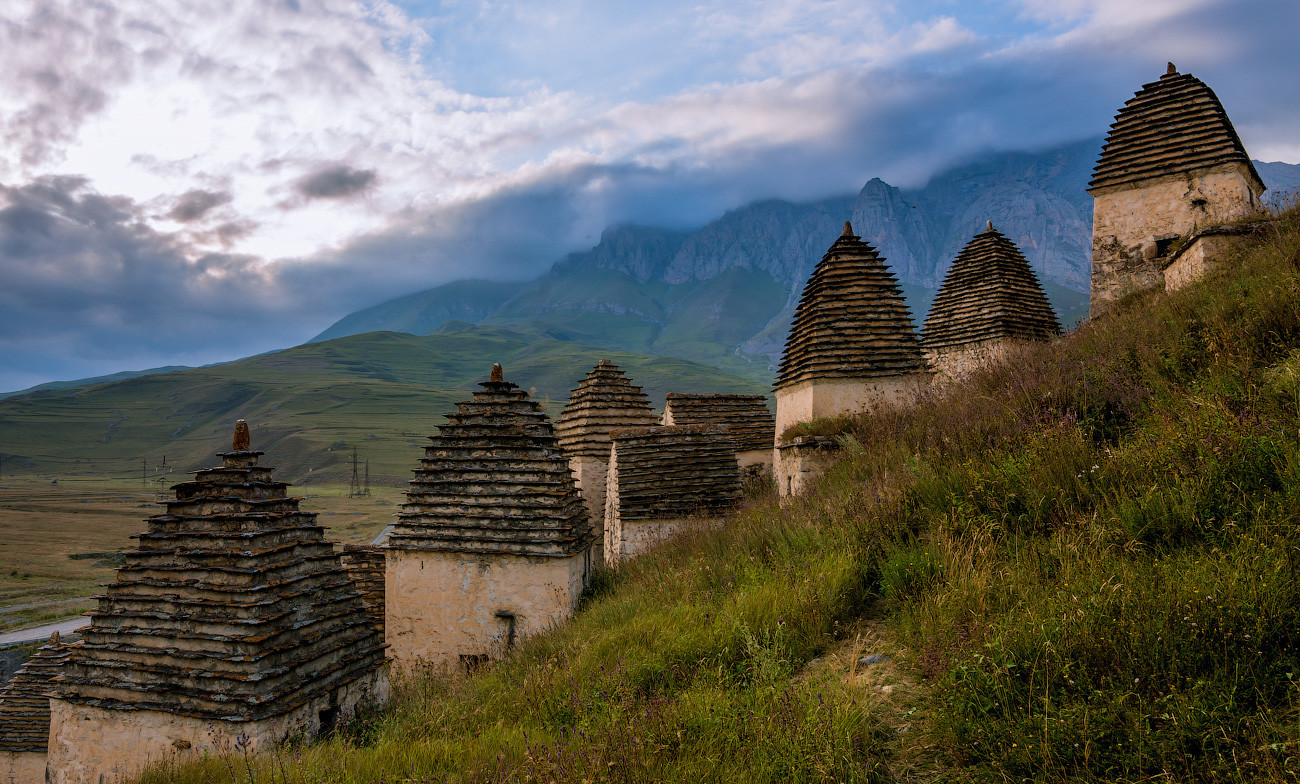 According to some stories, men in the village began to fight over a beautiful woman who mysteriously appeared one day in Dargavs. They would leave their work unfinished, find ways to propose to her and eventually kill each other in duels over the right to her hand. Even the elders lost their heads when they saw her. Local women, perhaps out of spite, labeled her a sorceress and the men eventually killed her to make sure only God could have her.

Unfortunately a plague soon hit the valley, potentially as a punishment for their sin, and even the ground refused to accept the newly dead. Tombs were then built aboveground, leading to the construction of the first crypts still standing today. 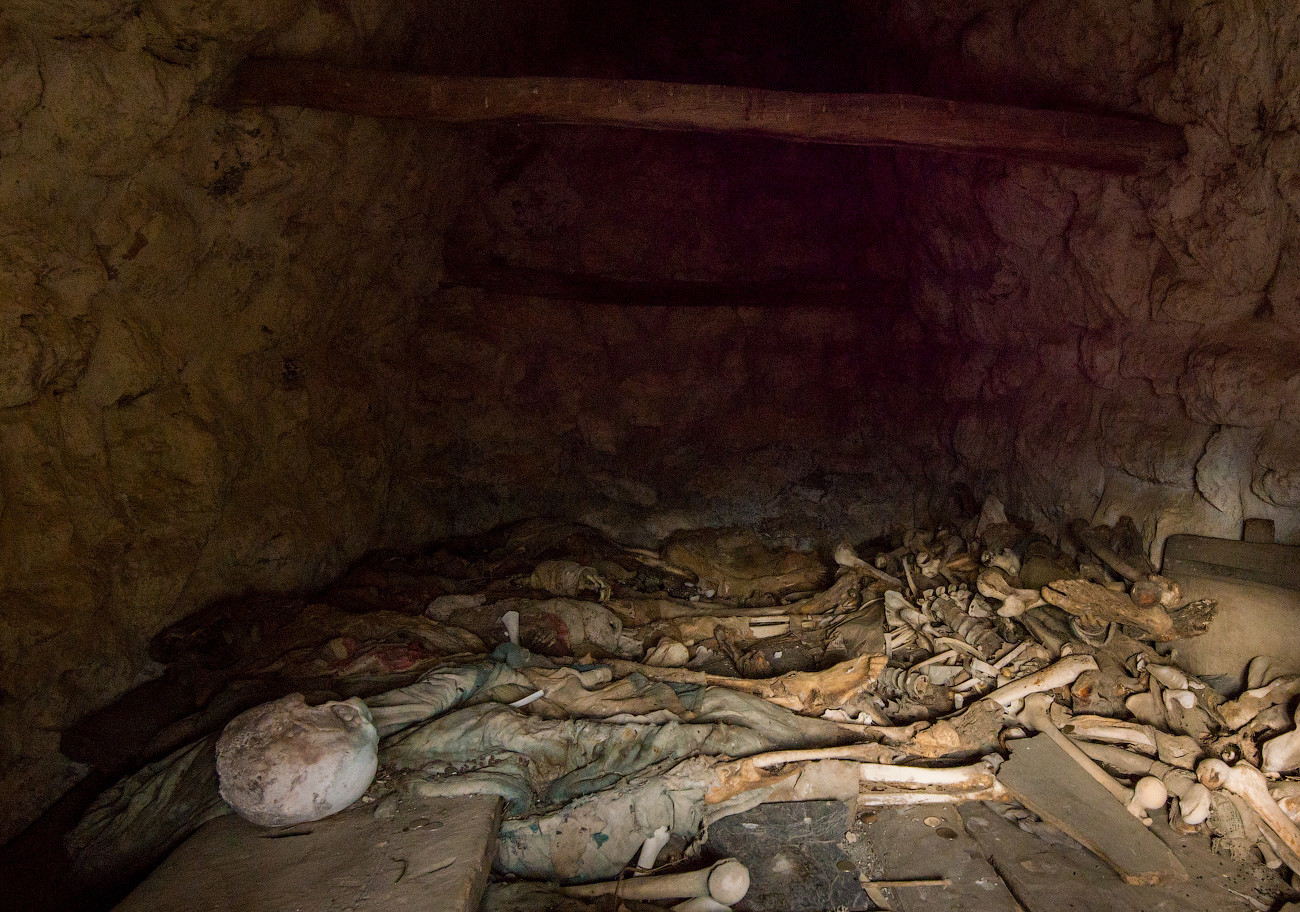 The structures were built with low openings, like windows, where bodies were normally carried to their final resting place. The cholera victims of the 18th century would use these entryways to crawl inside and then wait for their relatives to bring food. Since there was no cure for many plagues of the day (let alone vaccines), people would live among the bones until they joined them. Some of the crypts have wells in front of them – a local legend says that if you drop a coin inside and it hits a rock on the way down, then there’s a good chance that the souls interred have gone to heaven. For most, that was seen as the only way out.

So, if you’re feeling pent up because of your city’s quarantine regulations, imagine being born in 18th century Ossetia. No digital passes, no antibody tests and certainly no Netflix to help you pass the time. 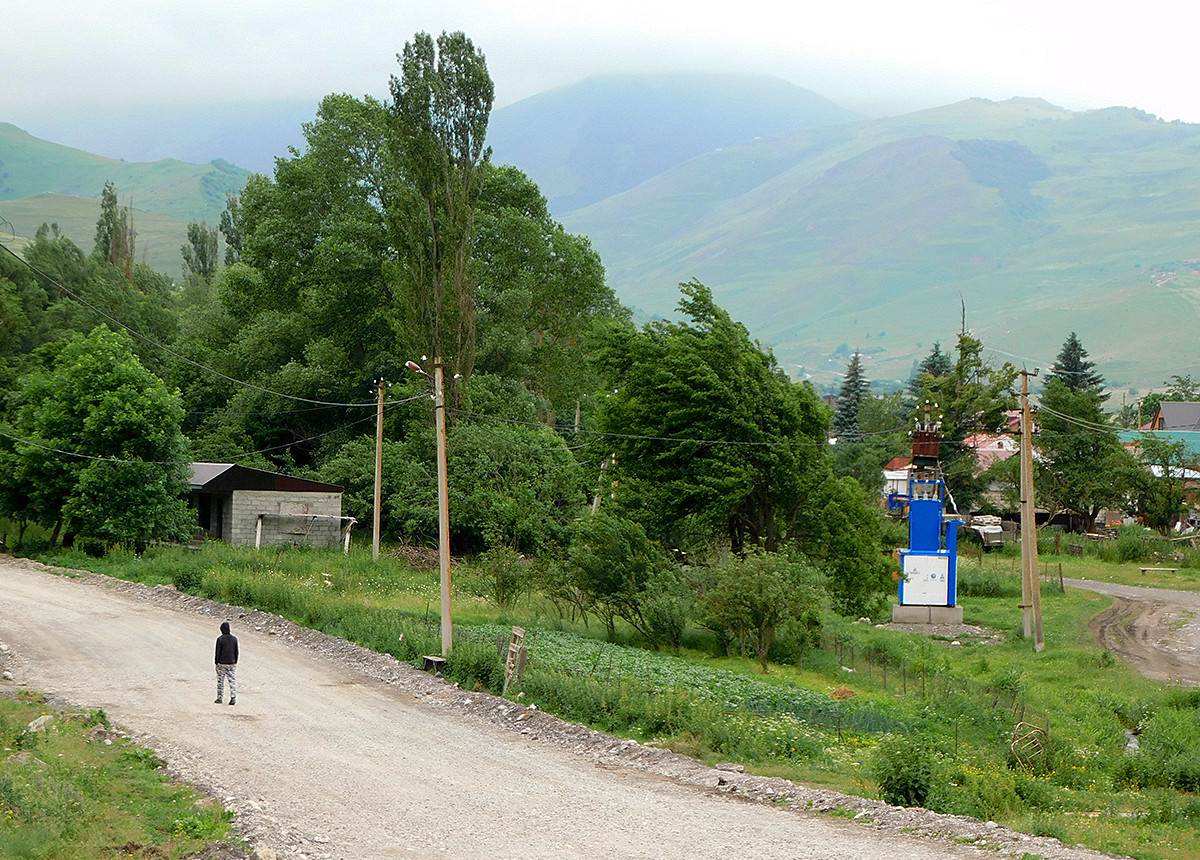 But people here seem to take epidemics old and new in stride. There’s little traffic in the valleys, especially with the drop in tourism, and people keep thinking that the virus is somewhere “out there”. In Moscow, perhaps, or in nearby Vladikavkaz. You see few masks and men still shake hands when they meet each other (in Russia, it’s less common for women to do so). The relative order remains untouched – approach the necropolis and you’ll still have to pay 100 rubles to get inside. At least until the cashier’s on break or finishes her shift. After that, she could care less where you go.

The relaxed approach to matters of national health (problematic as they may be) is a sign that the valley’s seen the “apocalypse” come and go too many times to count.

How the Caucasus republic became part of Russia

The region’s formal name is the Republic of North Ossetia–Alania, with Alania being the title of an ancient empire the Ossetians claim to descend from. Islam Sasiev, director of the necropolis museum complex, says that a nearby river, the Kizilka, got its name (meaning “red” in the local language) “presumably after a battle between the Alanian troops with a Tartar-Mongol army in 1395”. Blood flowed into the river, turning it red as the defeated empire shrunk to the size of a few valleys. It would continue to rise and fall through battles against the Ottomans, the Tartars and others until being annexed by the Russian Empire in the 17th century. Understandings of local borders have, understandably, been fluid. 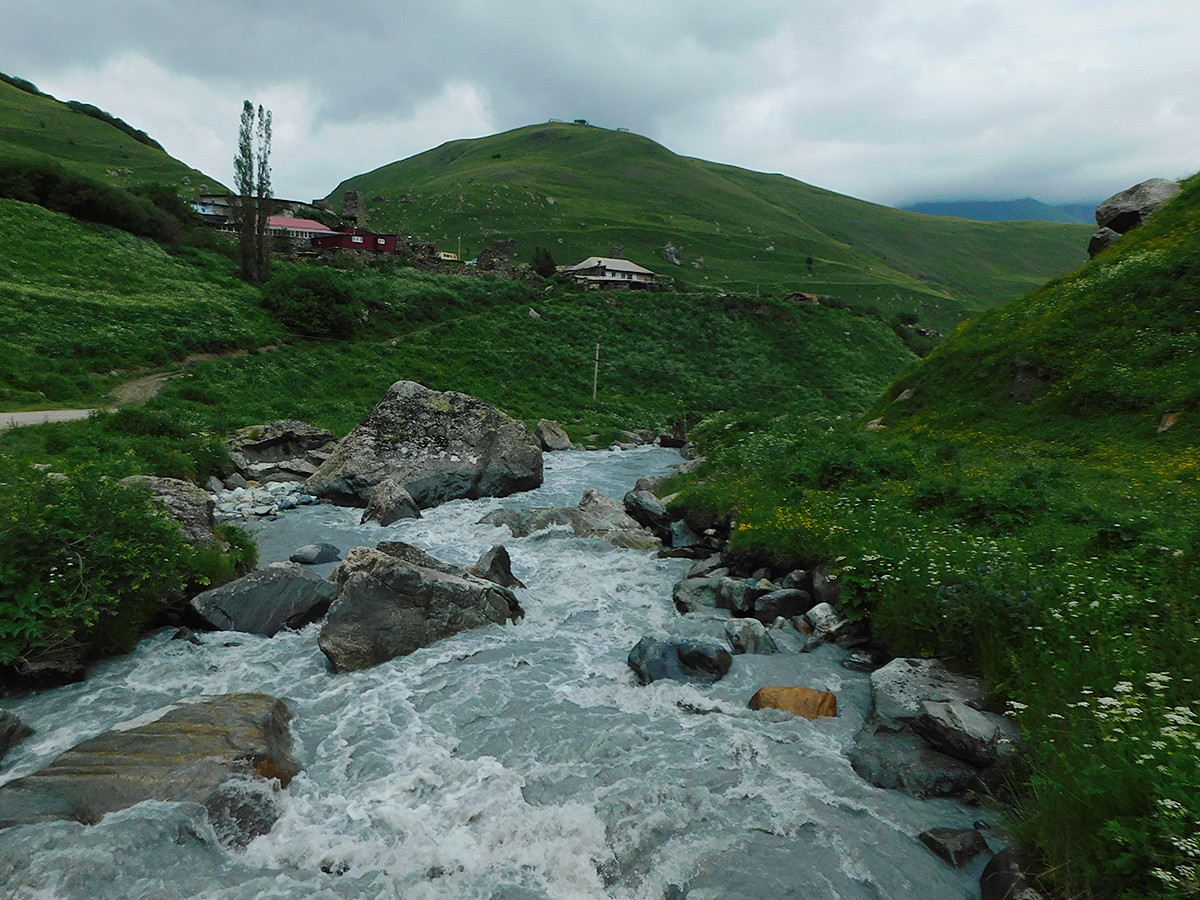 Recent history hasn’t been any kinder to Ossetia: it was divided between Russia and Georgia when the USSR fell in the 1990s and various ethnic tensions (notably with Georgia and neighboring Ingushetia) led to incidents like the Beslan school attack in 2004, as well as the war involving South Ossetia, Georgia and Russia in 2008. Tensions have often run high, and many villages have long reconciled with occasional bursts of violence.

And this is perhaps why Dargavs continues to command the imagination: it’s as much a sign of resilience as it is of pain. It can survive another end of the world, just as we’ll survive the virus. Changed, perhaps, but maybe better adapted to a new world.