The mysterious towers of the Caucasus 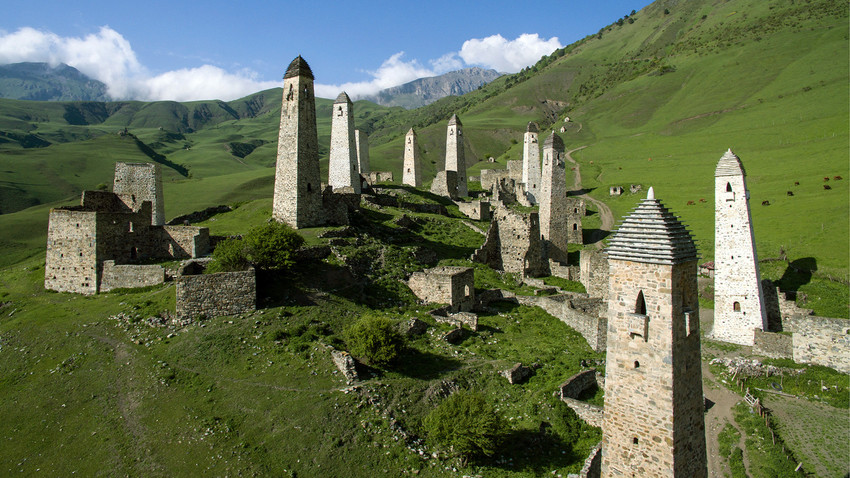 Mikhail Japaridze/TASS
Ingush and Vainakh people built these high structures for daily living in ancient times, and hundreds of them are still intact. 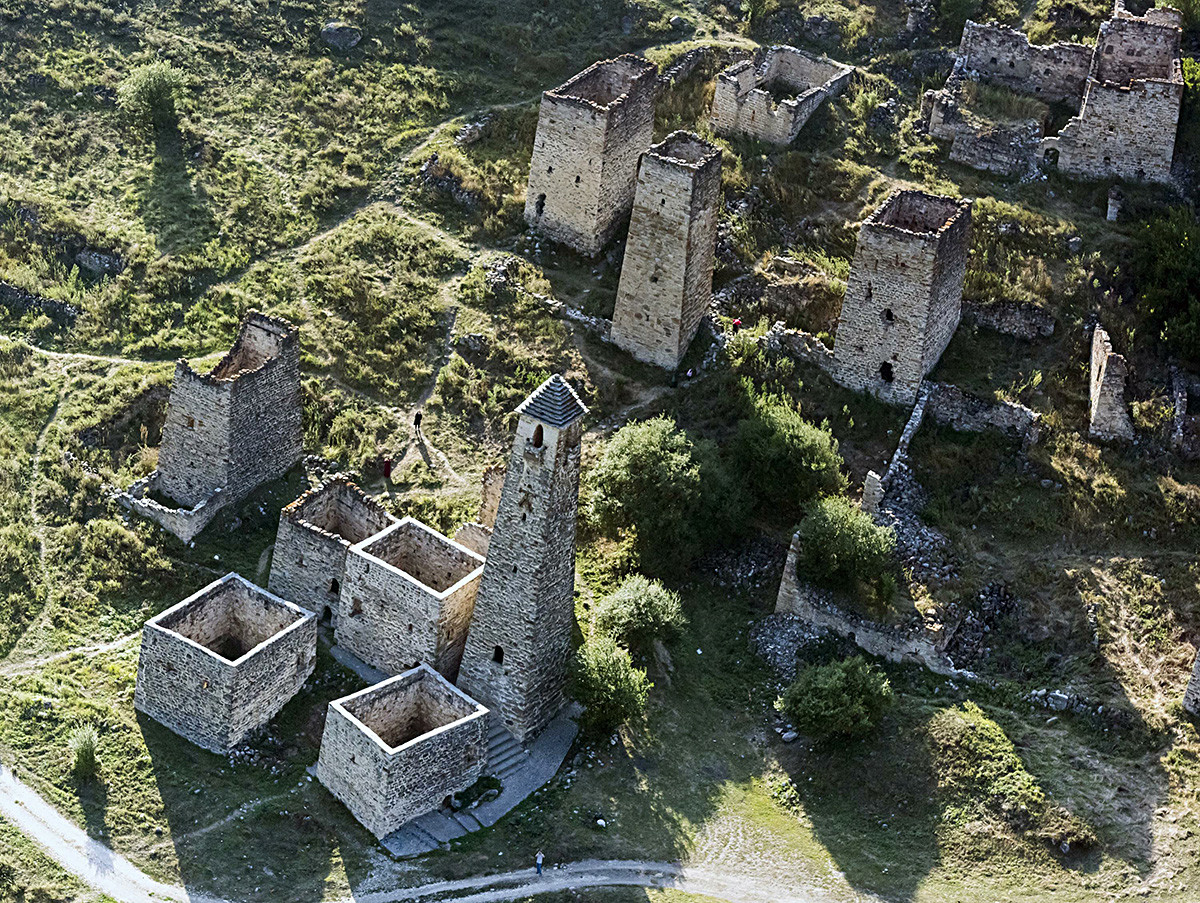 Ingush, Chechen, and Vainakh people, who live in the North Caucasus, part of the Russian Federation, probably constructed the first towers even before Christ. 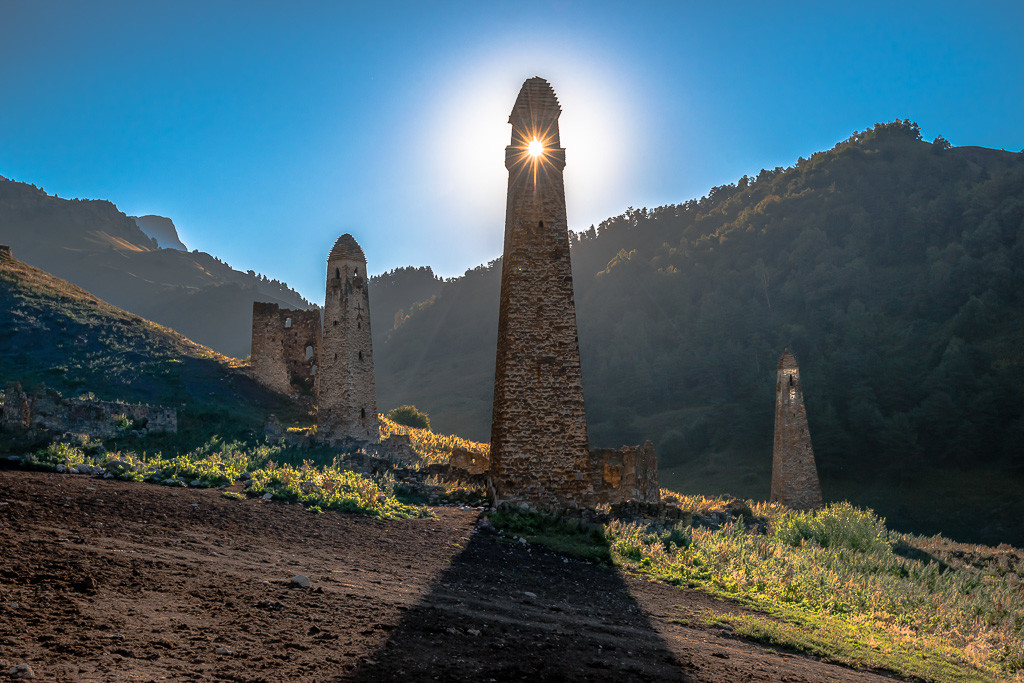 Towers in the ancient town of Niy, Ingushetia, Dzheyrakhsky District. 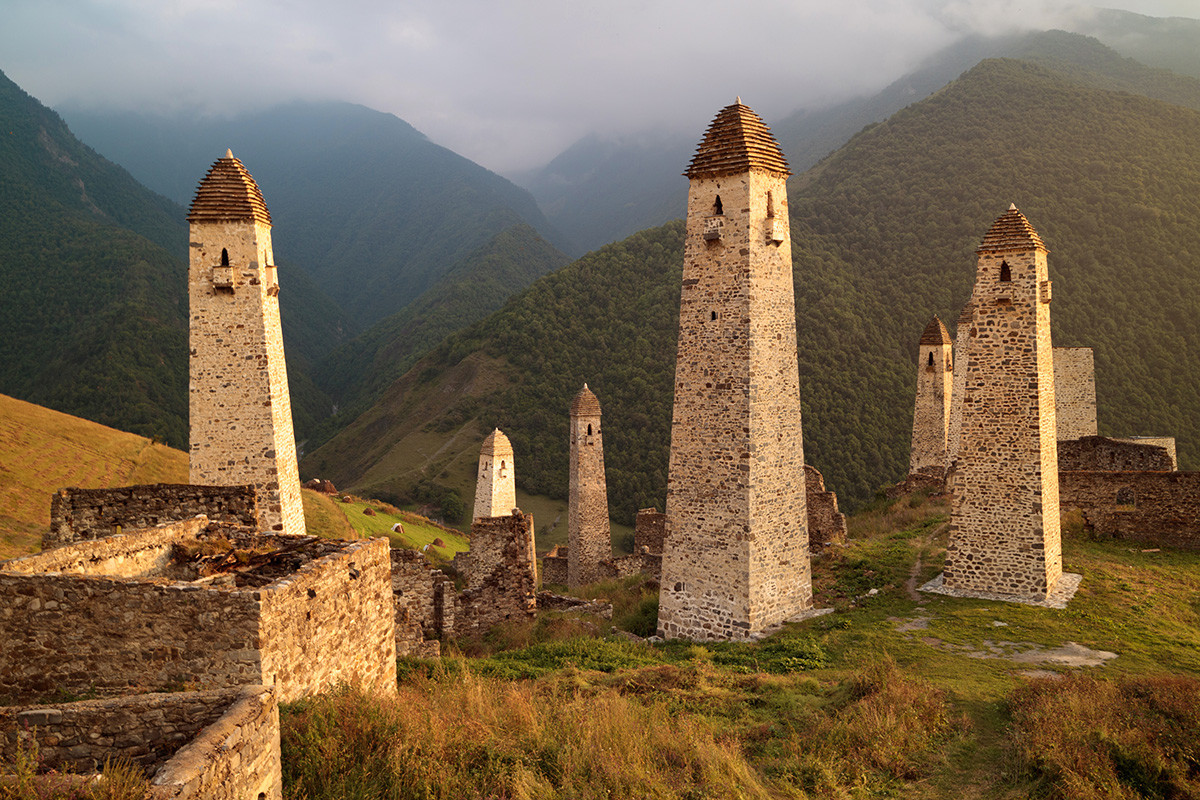 Ingush villages had big rectangular towers for living and tall towers for defense. Ingush, Vainakh and Chechen towers differed in architecture, but not much. The stones were fastened using lime mortar, but sometimes, the dry stack was used. 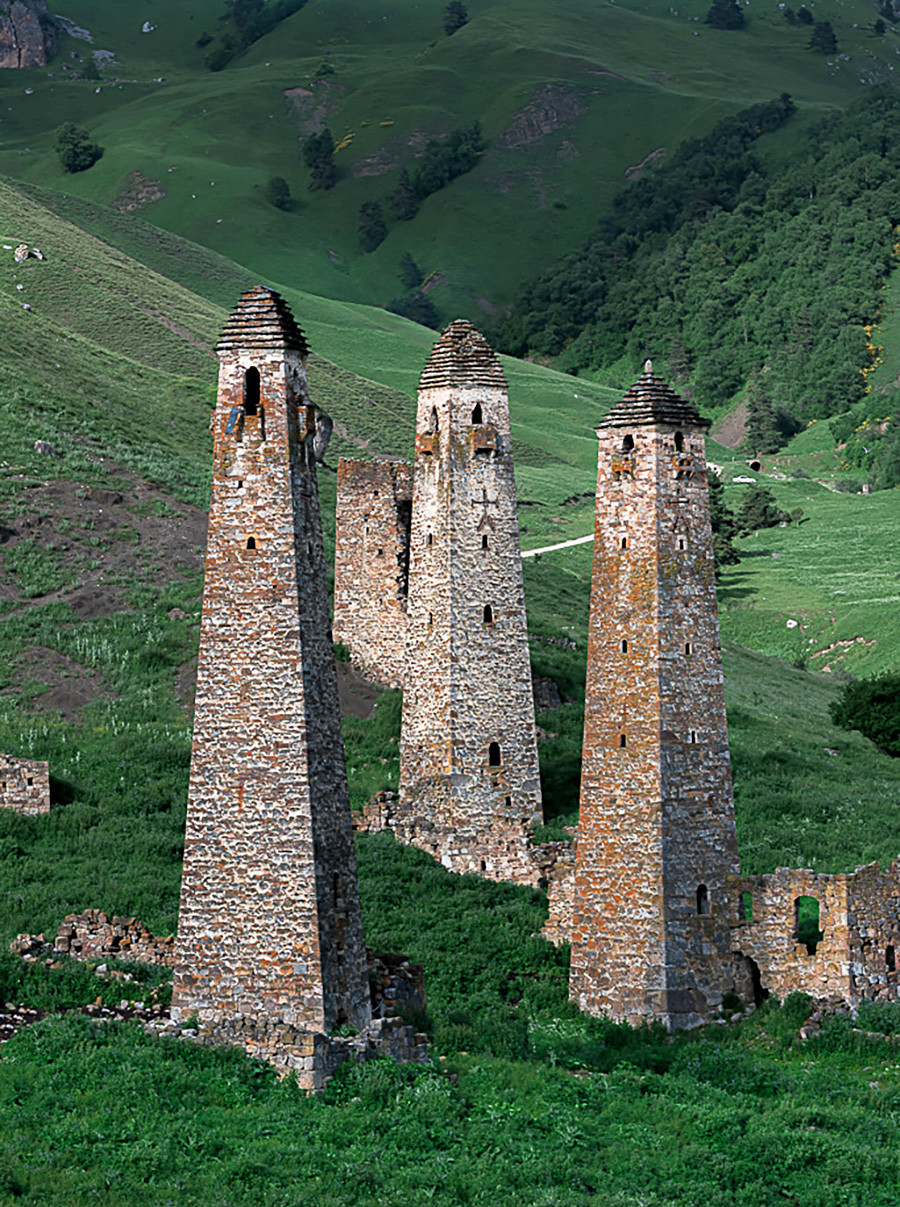 Towers in the ancient town of Niy, Ingushetia, Dzheyrakhsky District.

There were strict rules for building an Ingush tower. It was to be finished in 365 days, without fail. And every well-to-do family in the village was obliged to build a tower. 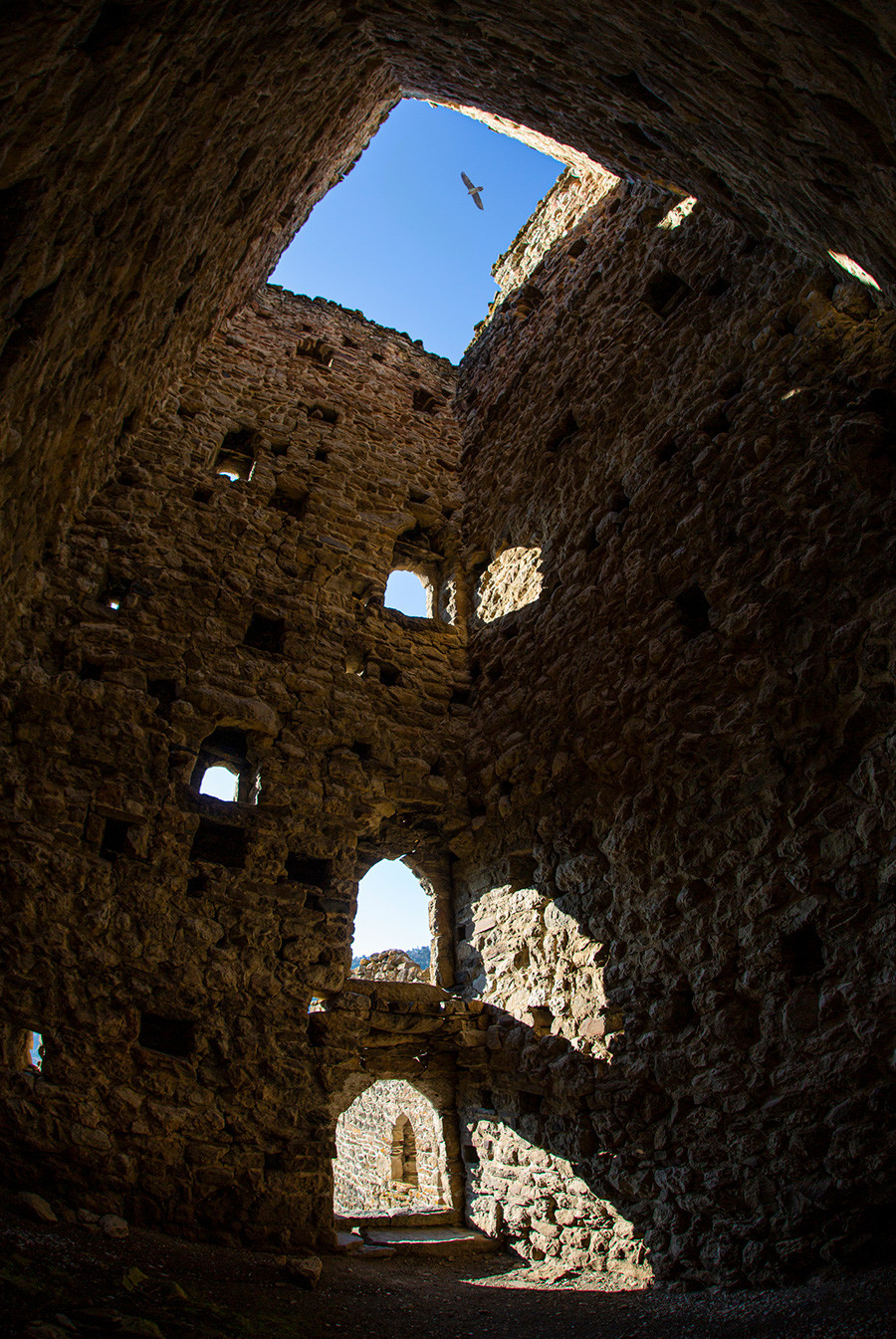 The insides of an Ingush tower (each level had wooden floors, now missing)

Towers were about 10-12 meters high. The first level housed stables and cowsheds. Floors and ceilings were wooden. The second level was meant for the living space. The upper level was a “guest” floor, but could also be used for defense. 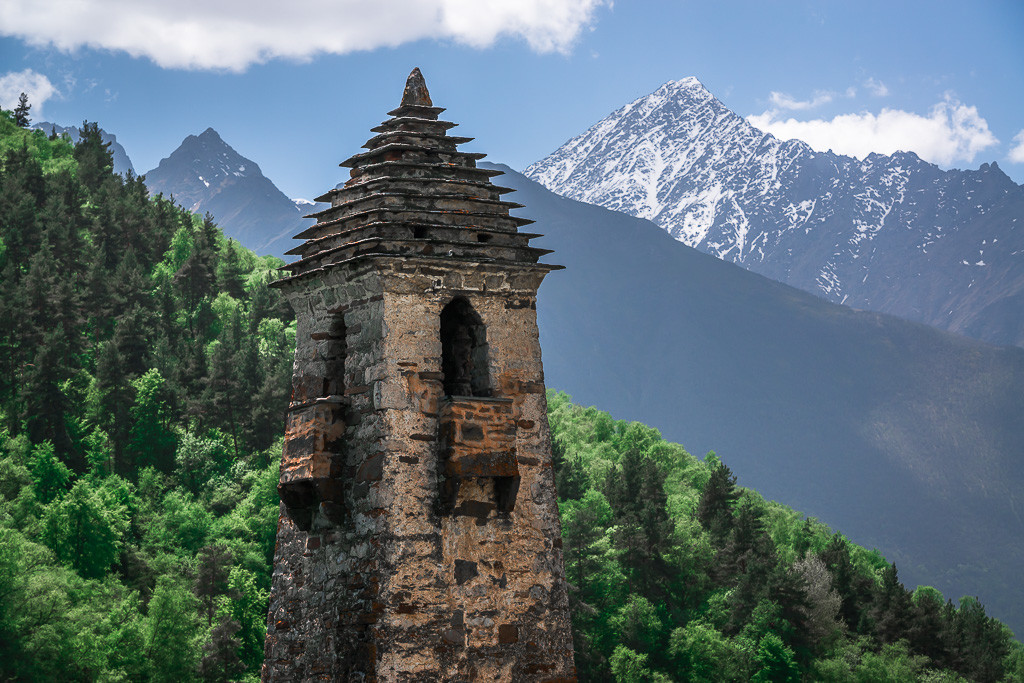 Towers in the ancient town of Khani, Ingushetia, Dzheyrakhsky District.

What seems like balconies are actually defensive vantage points. These “balconies” don’t have floors and were used for rolling stones and pouring hot liquids down at the attackers, while the stone enclosure of the “balcony” protected the defenders from attackers’ arrows. 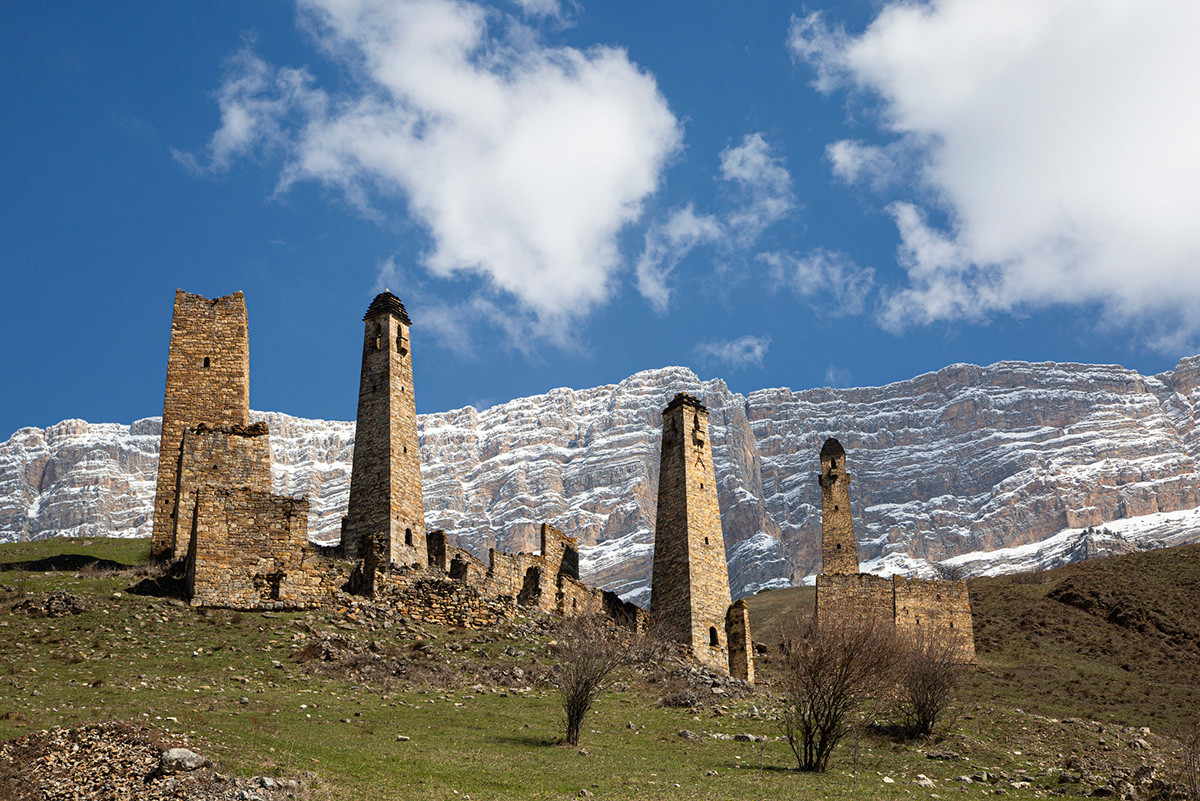 Tower complexes of the Dzheyrakhsky gorge of Ingushetia in the spring

These towers were meant mostly for defense, but families also lived inside. 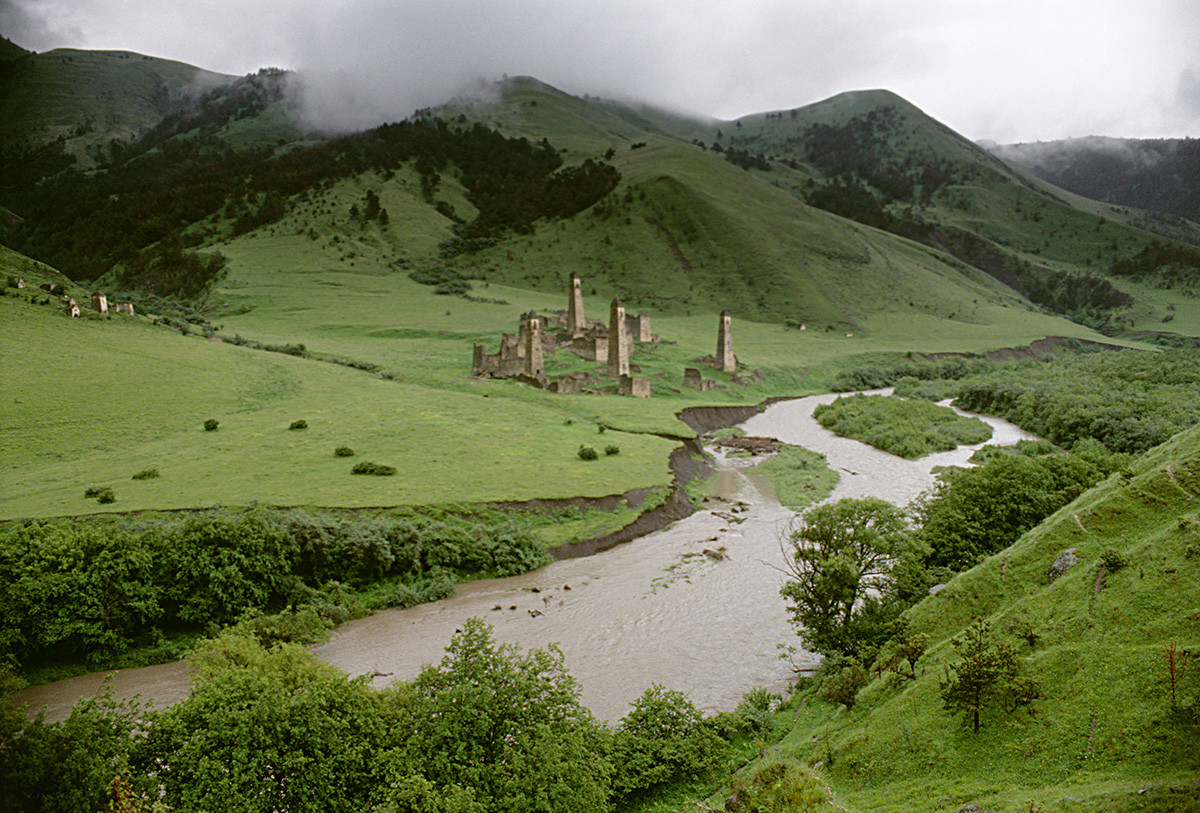 Torgim, an Ingush village in the Assi valley that was thriving in the 16th and 17th centuries.

Tower villages were close to each other, so towers could also be used for communication using signal fire, so that all neighboring villages could be quickly informed about an enemy approaching. 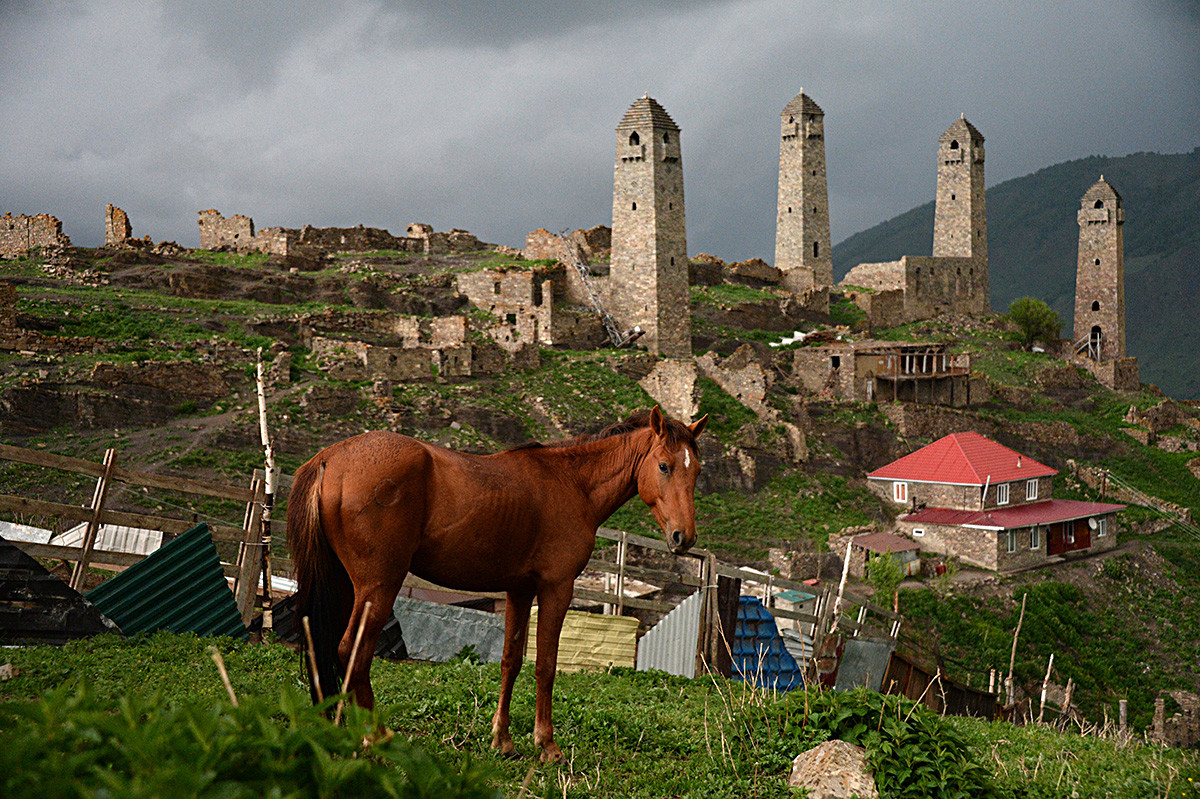 Battle towers in the village of Sharoi.

The Ingush people believe towers embody their national spirit and the pursuit of beauty. Each tower bears spiritual symbols of their builders and the families that financed their construction. Over 30 Ingush towers have yet to be properly studied.