The ONLY woman in Russian history to become admiral 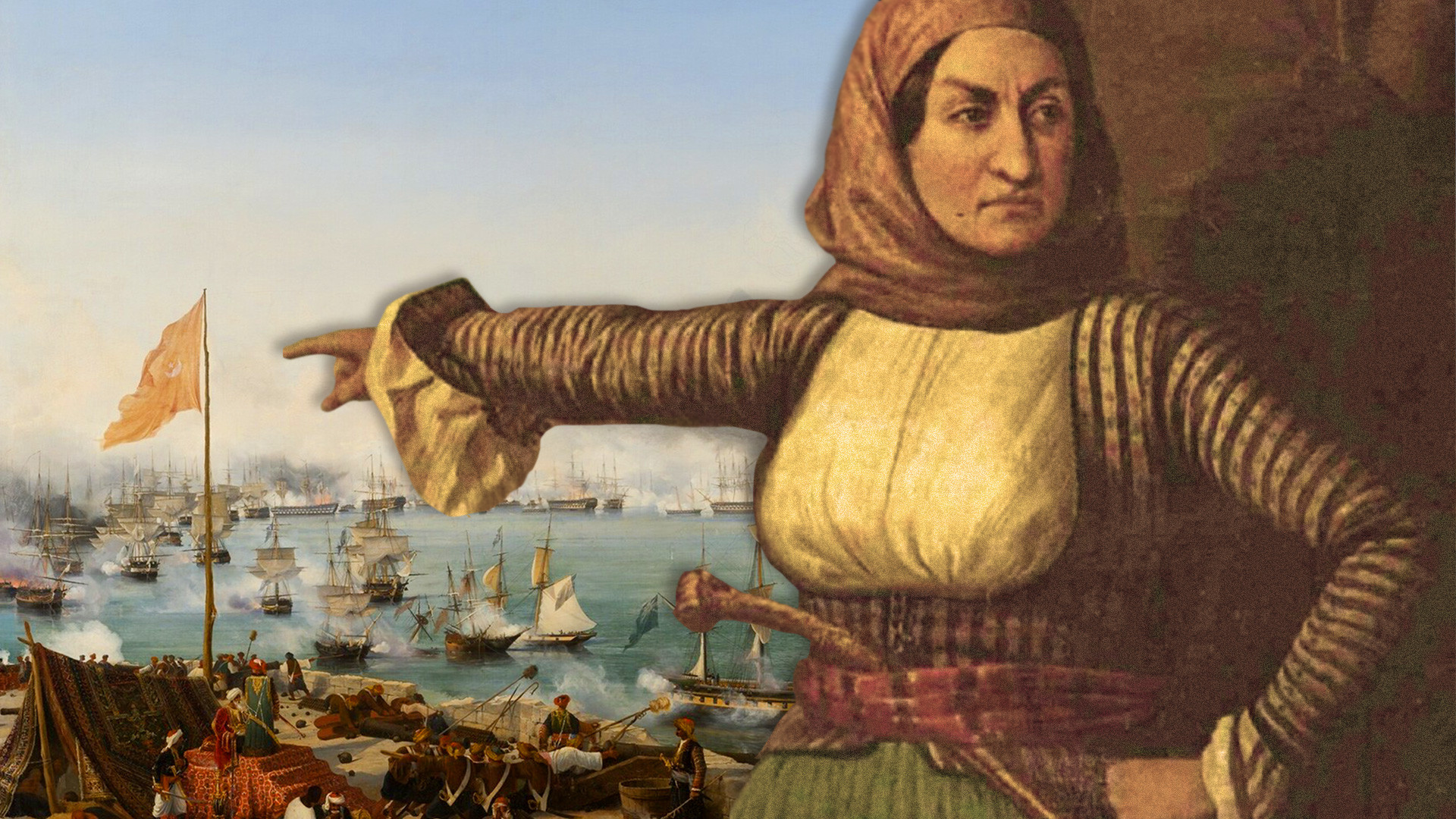 Legion Media, Museum of the History of France
No other woman in Russian history has had this honor bestowed upon her. What’s more, Laskarina Bouboulina never commanded a Russian warship in her life! 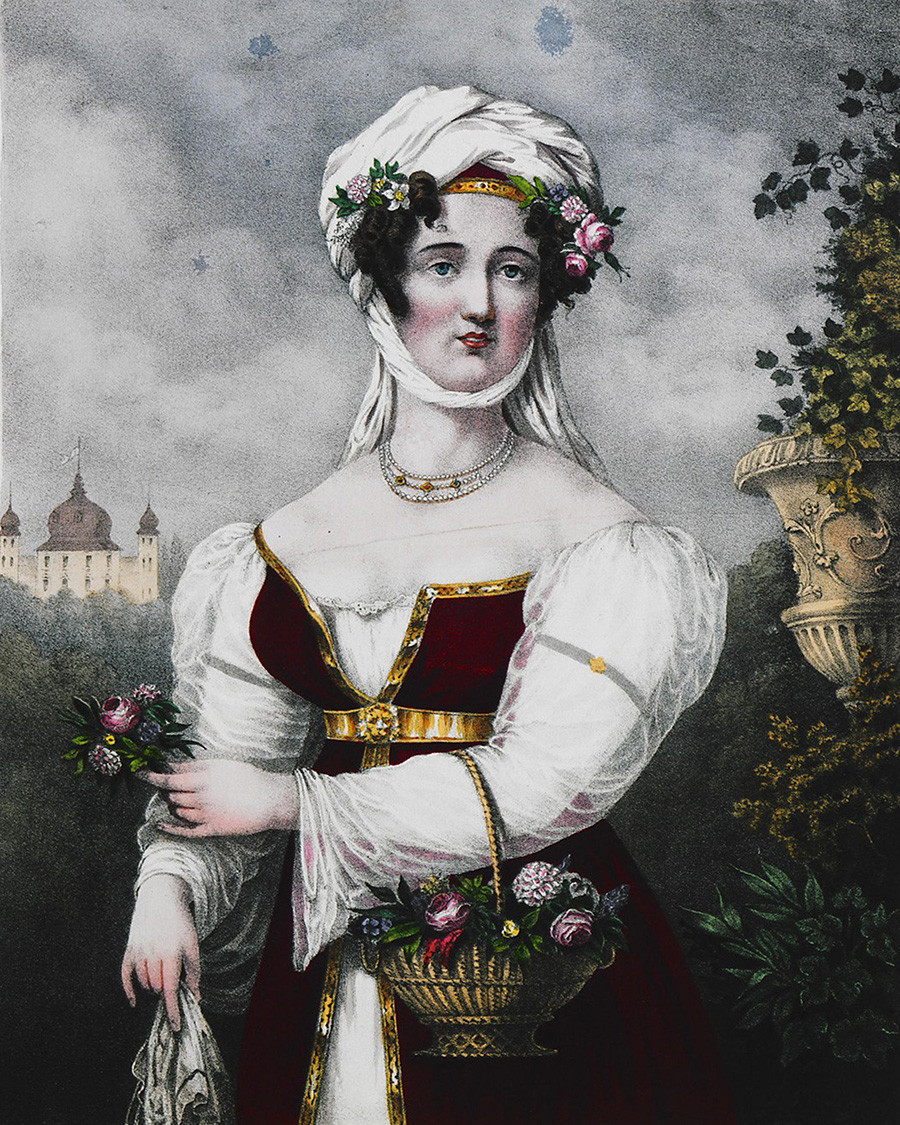 “In her company, the insecure were filled with resolve, while the brave who came face to face with her, backed down…” wrote historian Ioannis Filimon of Laskarina Bouboulina (1821-1829), the hero of the Greek war of independence from the Ottoman Empire.

Her reputation for acts of valor resonated beyond Greece, having also been the subject of Russian fascination.

Bouboulina lived a fascinating life. She was born in a Constantinople prison - her mother would visit her father, who participated in the anti-Turkish rebellion of 1769-1770.

Laskarina’s second husband also took part in the Russo-Turkish war of 1806-1812. After his death at the hands of Algerian pirates, Laskarina became heir to a large inheritance. She could have spent her days living in comfort, raising her six children. However, Bouboulina decided to continue in her family’s footsteps and joined the Greek revolution. 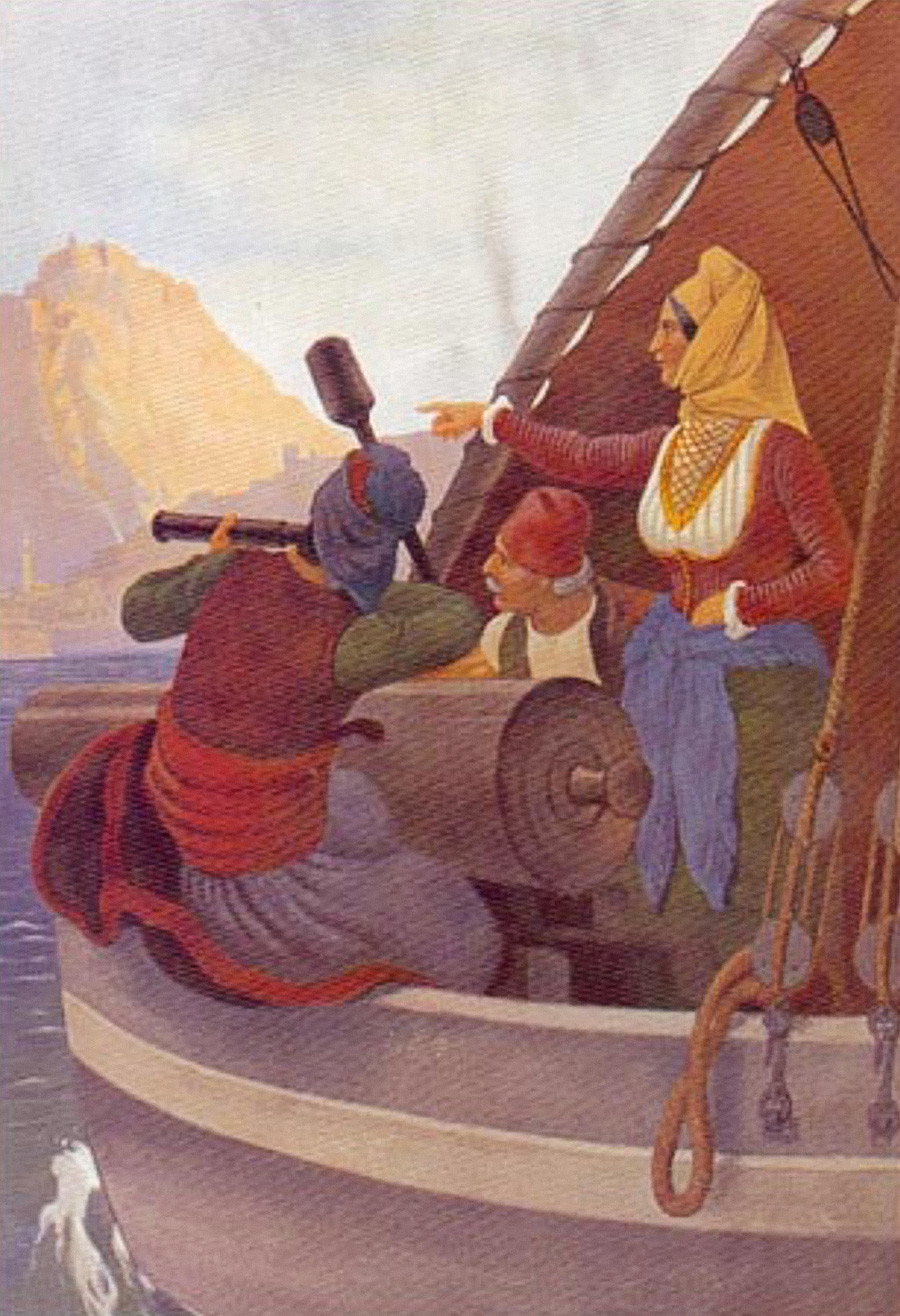 Even before the uprising, Bouboulina was active in financially supplying the secret organization ‘Filiki Eteria’ (“Society of Friends”), which fought for Greek independence. By the start of the Greek revolution in 1821, she was already commanding her own fleet, consisting of 8 warships, headed by the 18-canon flagship corvette, the ‘Agamemnon’. Despite being more than 50 years of age at the time, she personally took part in the fighting. Her forces helped free several cities and capture the well-defended Palamidi Fortress, in Nafplio. The city had become the first capital of modern Greece.

In May 1821, during the battle of Argos, she lost her son, Yiannis Giannuza. The historian Anargyros Hatzianargyros, who bore witness to the fighting, later wrote: “It is indeed a rare sight in the history of man: a woman takes up arms, a wealthy woman who decides to sacrifice on the altar of the homeland her ships, her money and her sons… she had the heart of a lion.”

Despite her amazing heroism, Bouboulina’s death did not occur on the battlefield. In 1825, a spat occurred between the Bouboulina and Kutzis families - the latter did not wish to wed their daughter to Bouboulina’s son. Laskarina was shot dead during a heated quarrel. She had only had five years left to wait until Greece had won its independence. 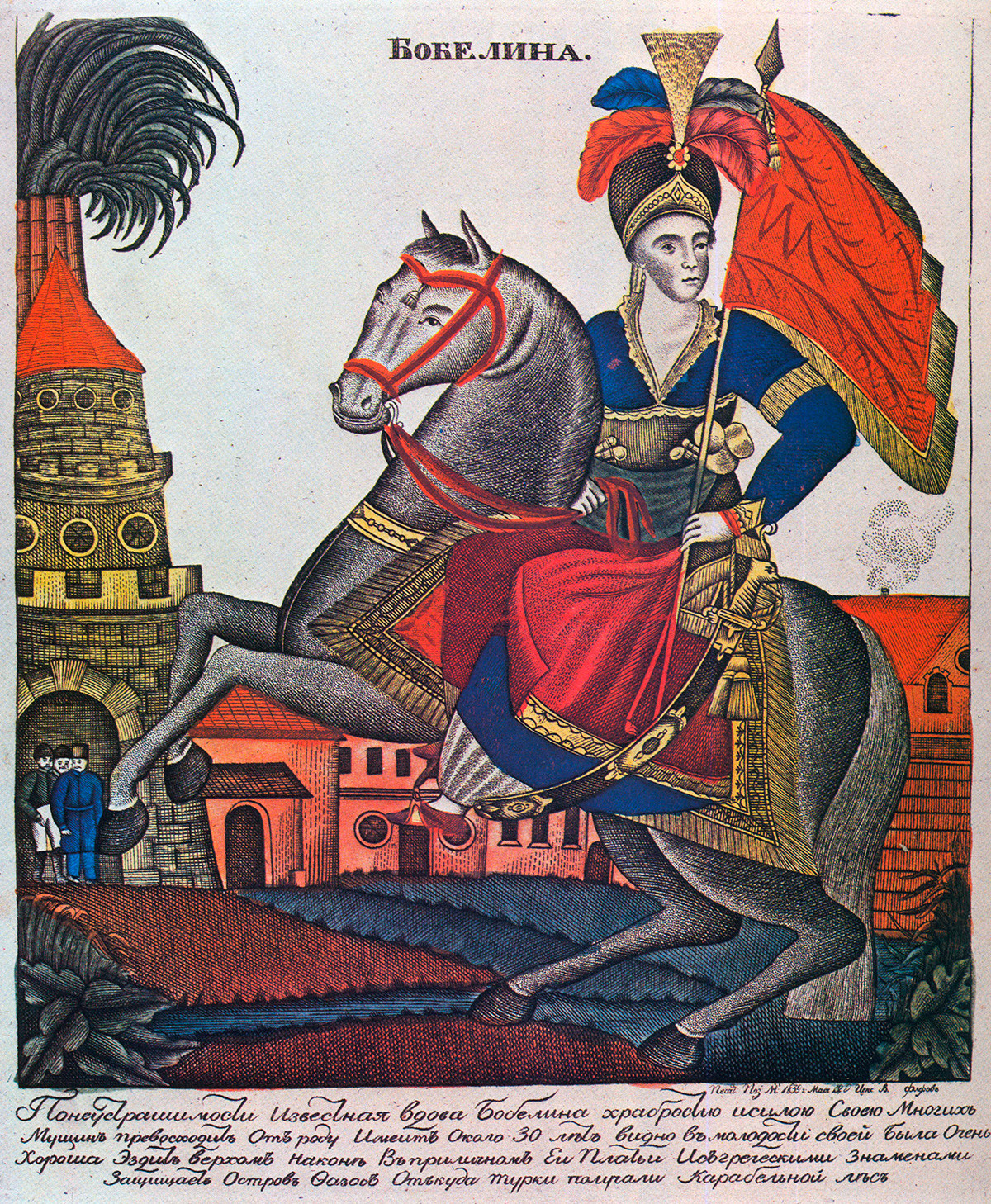 Bouboulina was well-known and respected in the Russian Empire. The Greek people - themselves Orthodox Christians, aroused a deep admiration among Russian society.

Bouboulina - who was known as ‘Bobelina’ in Russia - was often portrayed on paintings (interestingly, always on horseback, instead of a ship) and the subject of numerous works of literary fiction - including those by the mighty Nikolay Gogol, Ivan Turgenev and Nikolay Leskov.

Russian Emperor Aleksandr I, having heard of Laskarina’s death, posthumously awarded her the honorable rank of Admiral of the Imperial Russian Navy. In all of Russian history, she remains the only woman to have ever received the title.