How an ordinary checkered bag almost became a symbol of Russia 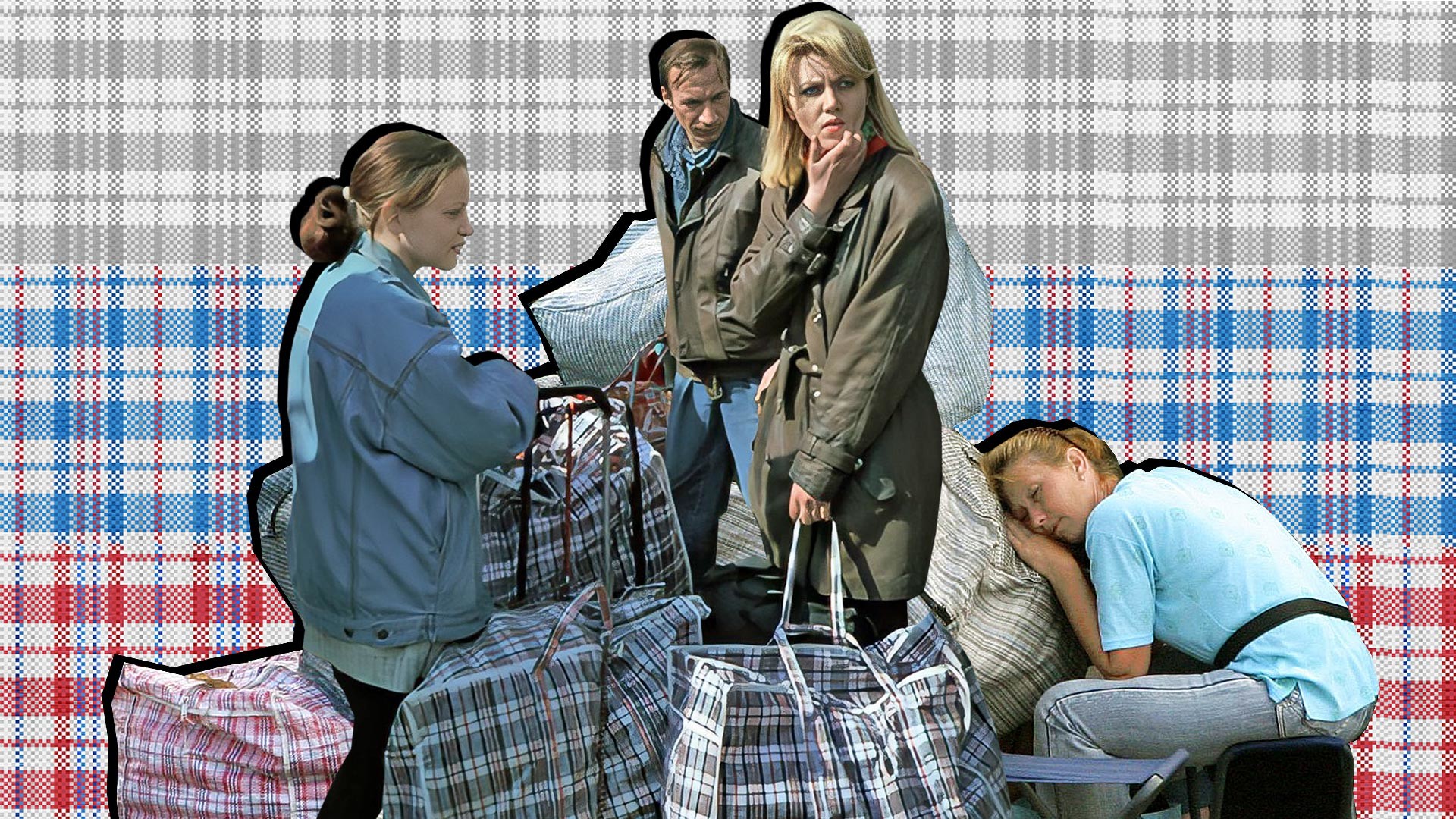 Yuri Abramochkin/russiainphoto.ru; Vladimir Fedorenko/Sputnik; Legion media
When the Iron Curtain came down, scores of Soviet citizens began to travel abroad. What often drew them, however, was not seeing tourist sights but rather cheap goods that were in such short supply back home.

What achievement can there be in buying a suit or a pair of shoes, you may wonder. Especially nowadays, when there are more shopping malls and home delivery services than museums and theaters. However, not all that long ago these basic goods were completely out of reach for inhabitants of the former Soviet Union. They could only buy what was available either in state-owned stores, where they had to spend hours standing in line for Yugoslavian boots, or on the black market. 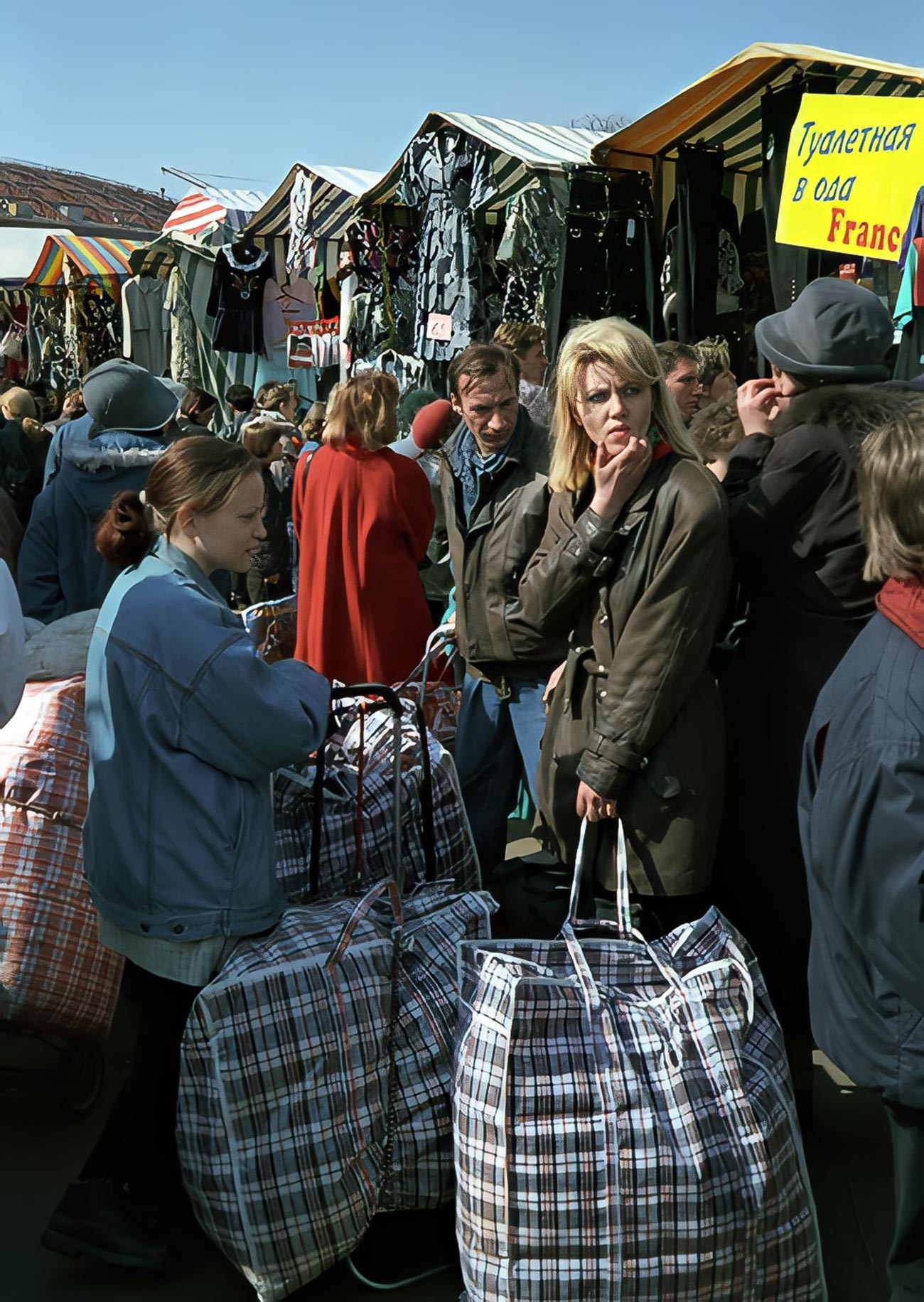 In the late 1980s, the USSR opened its borders and began to allow free trade. Soviet “tourists” flooded foreign countries, buying up everything they encountered along the way, from condoms and sausages to lipsticks and food mixers, in order to resell back home. Shuttle traders, or chelnoki as they were called in Russian, did not carry their luggage in heavy suitcases but rather in huge, cheap checkered bags. A couple of years later, when the USSR was no more and the former Soviet republics were hit by a severe economic crisis, trade in foreign goods became a salvation for many people who had lost their jobs. 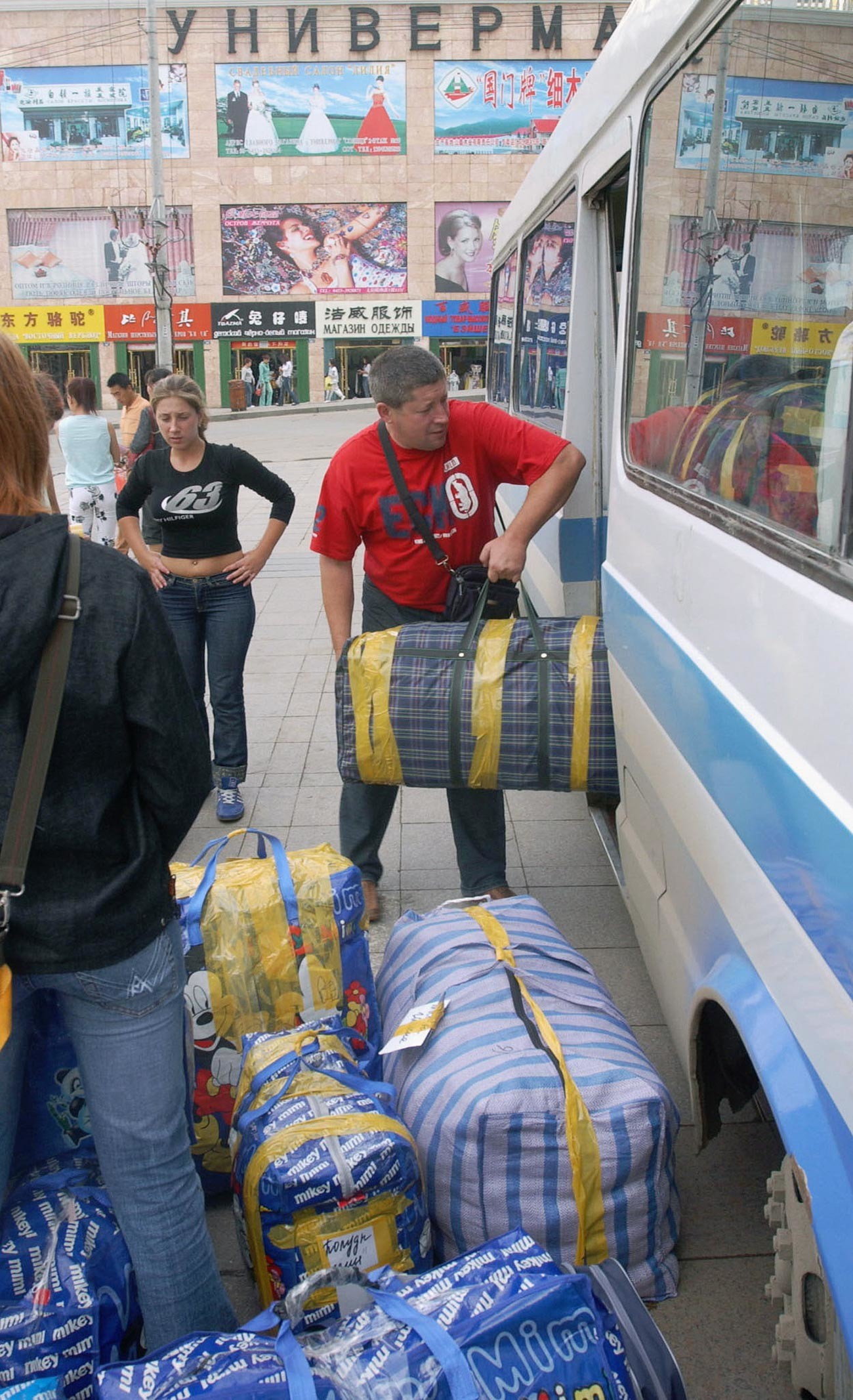 “In the USSR, my mother was an engineer with a stable income and clear plans for life,” writes one user at an online Russian forum. “Then came the 1990s, when her experience matched that of thousands of other people: She lost her job, became a shuttle trader, then returned to ordinary life. She remembers the 1990s as the first years when she could breathe freely and began to make plans for the future. Although not all of her acquaintances survived that time." 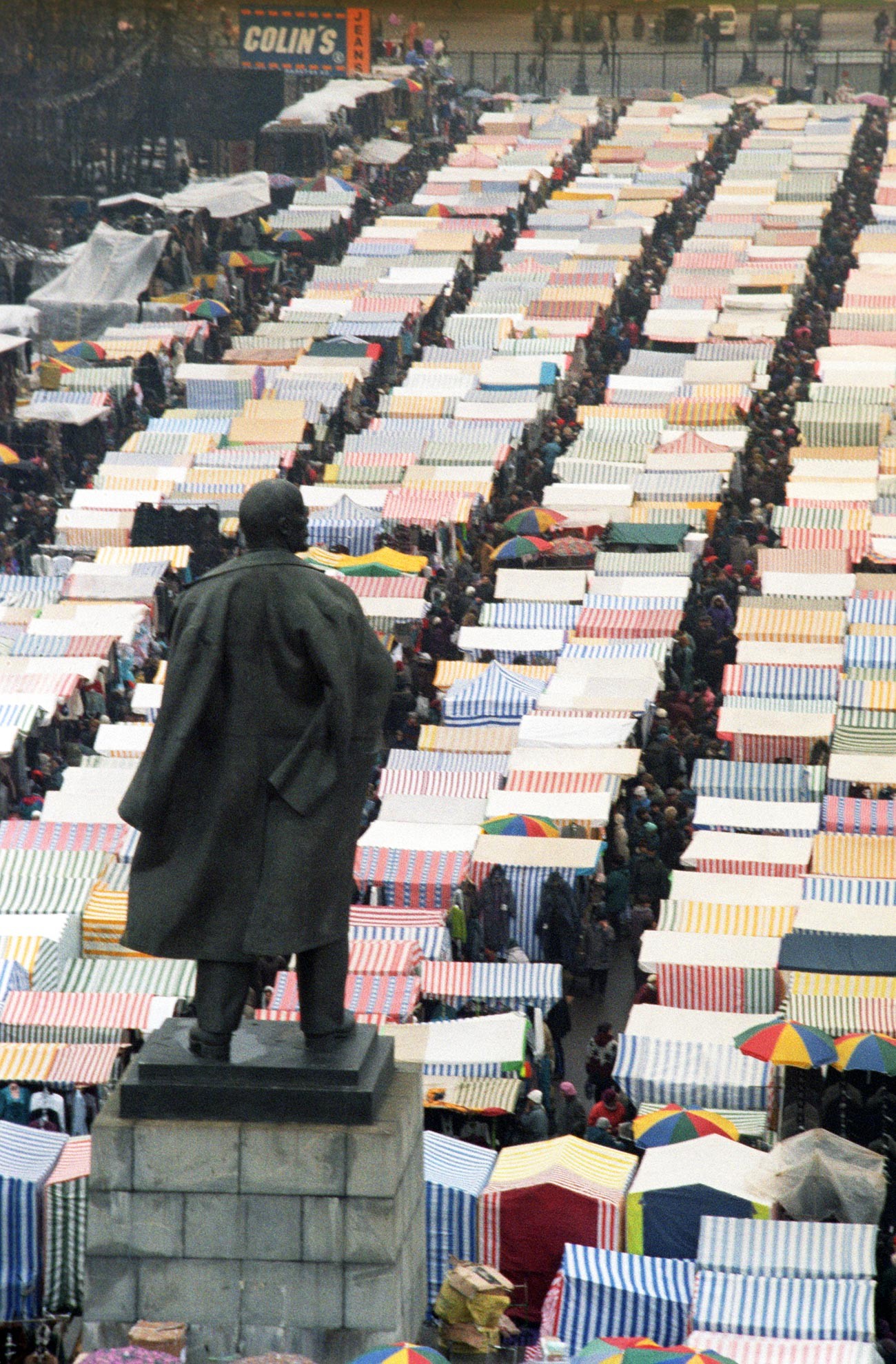 After the collapse of the USSR, many people were left without work. State-owned enterprises often simply had no money to pay their staff wages and would instead pay them with the products they made. Given the huge number of towns and villages that often had just one big employer, the scale of the problem was huge. People who had previously been teachers, doctors and engineers were forced to look for new ways to earn money. For many, this came down to selling imported goods at a market.

Things were somewhat easier for those who lived in border areas. Residents of Ukraine, Belarus and the western part of Russia could travel to Poland, Germany, Czechoslovakia and from there onward to the rest of Europe. Residents of Leningrad Region could go to Finland, while those living in the Russian Far East brought goods from China. 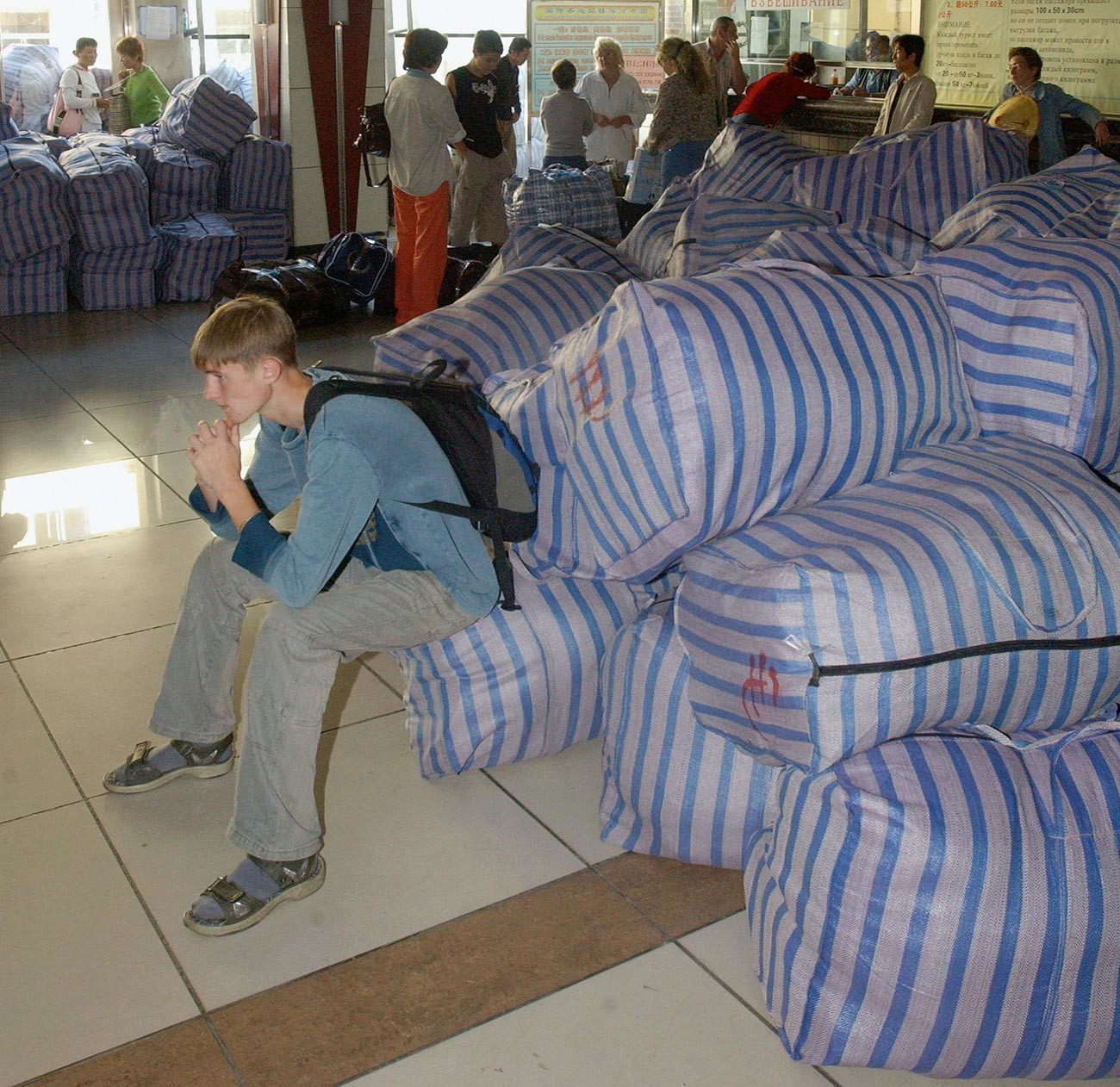 Russian traders on the way home at the Far East.

However, the primary destination for Soviet shuttle traders was Turkey. The quality of Turkish goods in the 1990s was excellent. Fabrics, shoes, cosmetics lasted for many years, and the prices were low. 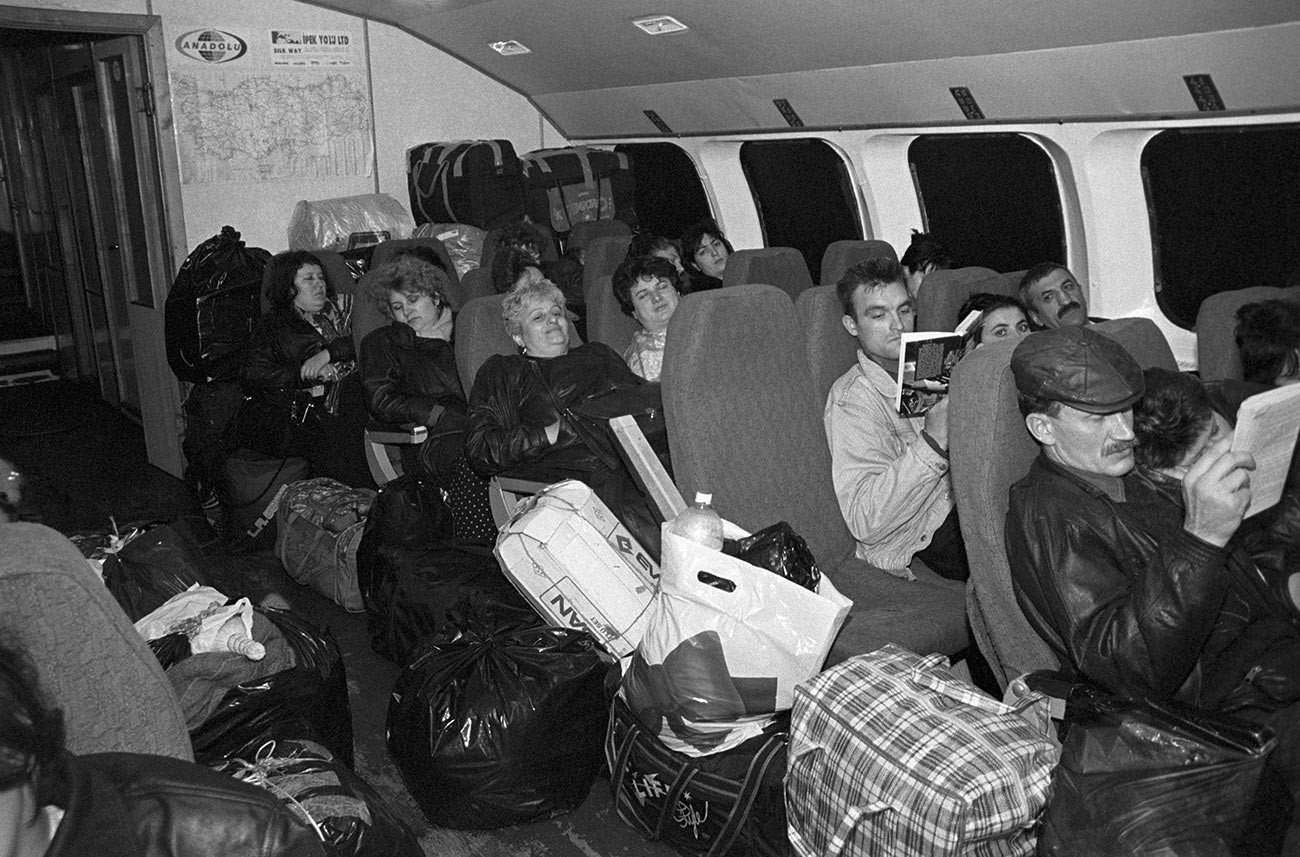 1995. Russians after shopping in Turkey.

People carried as many goods as they could. Nobody even thought about excess baggage, and besides airlines did not have such restrictive and expensive rules at the time. Sometimes not all the bags could fit into the luggage compartment, and so passengers would often just place them in the aisle. The crews were understanding, and sometimes they themselves did some shuttle trading on the side. 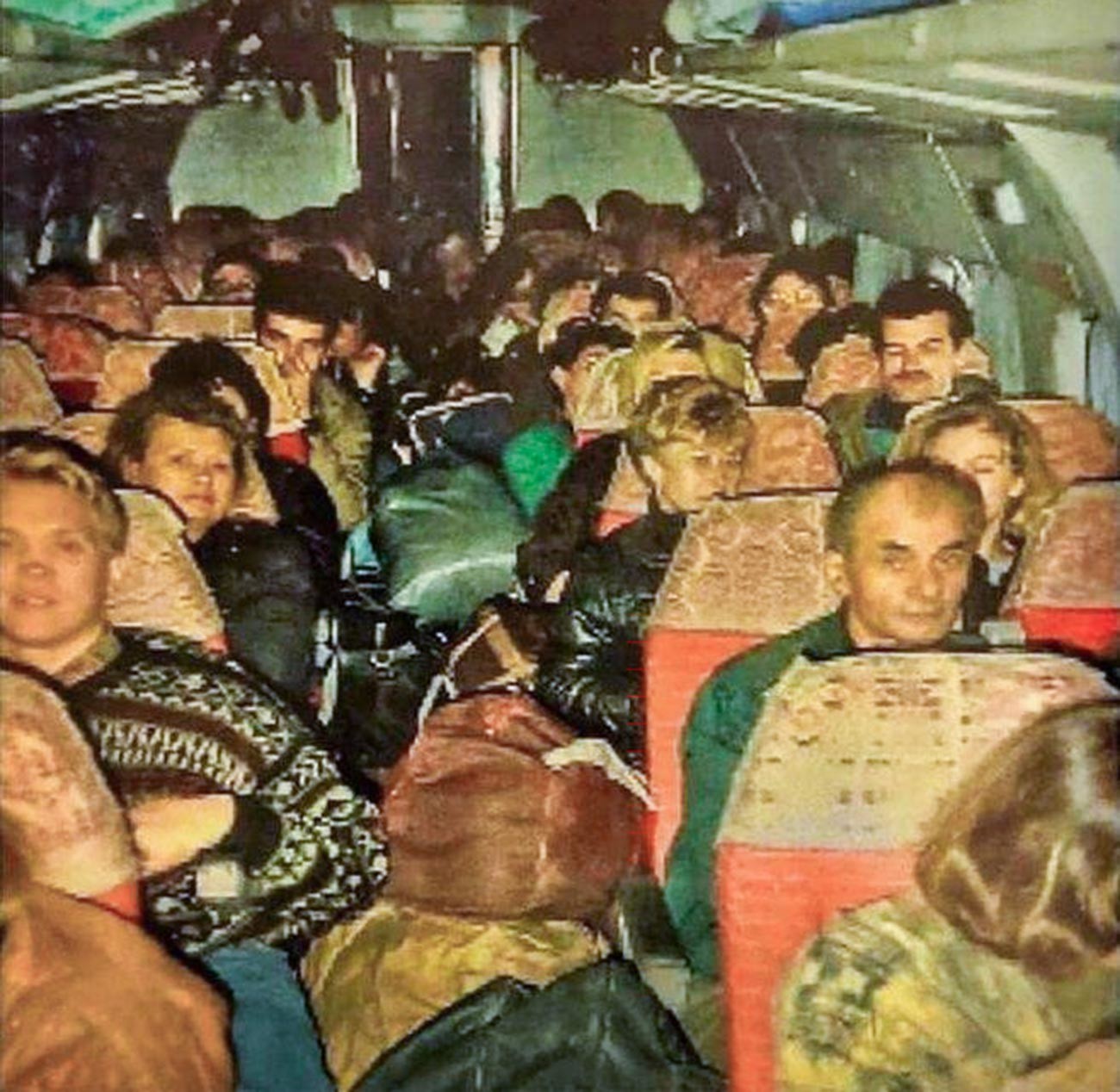 A new kind of travel business emerged that specialized in organizing “shopping tours” on which groups of shuttle traders were transported from a border area by ferry, train or bus, taken to warehouses, factories or shops and other places they could buy everything they needed in bulk, and then brought back home.

At one's own risk

A shopping tour might sound like fun, but the reality of a shuttle trader's life was tough. They had to find the money to travel and buy goods (most often they borrowed it from friends), carry huge heavy bags, and then sell their stuff at an open-air market whatever the weather. And the profit they made could be miniscule. 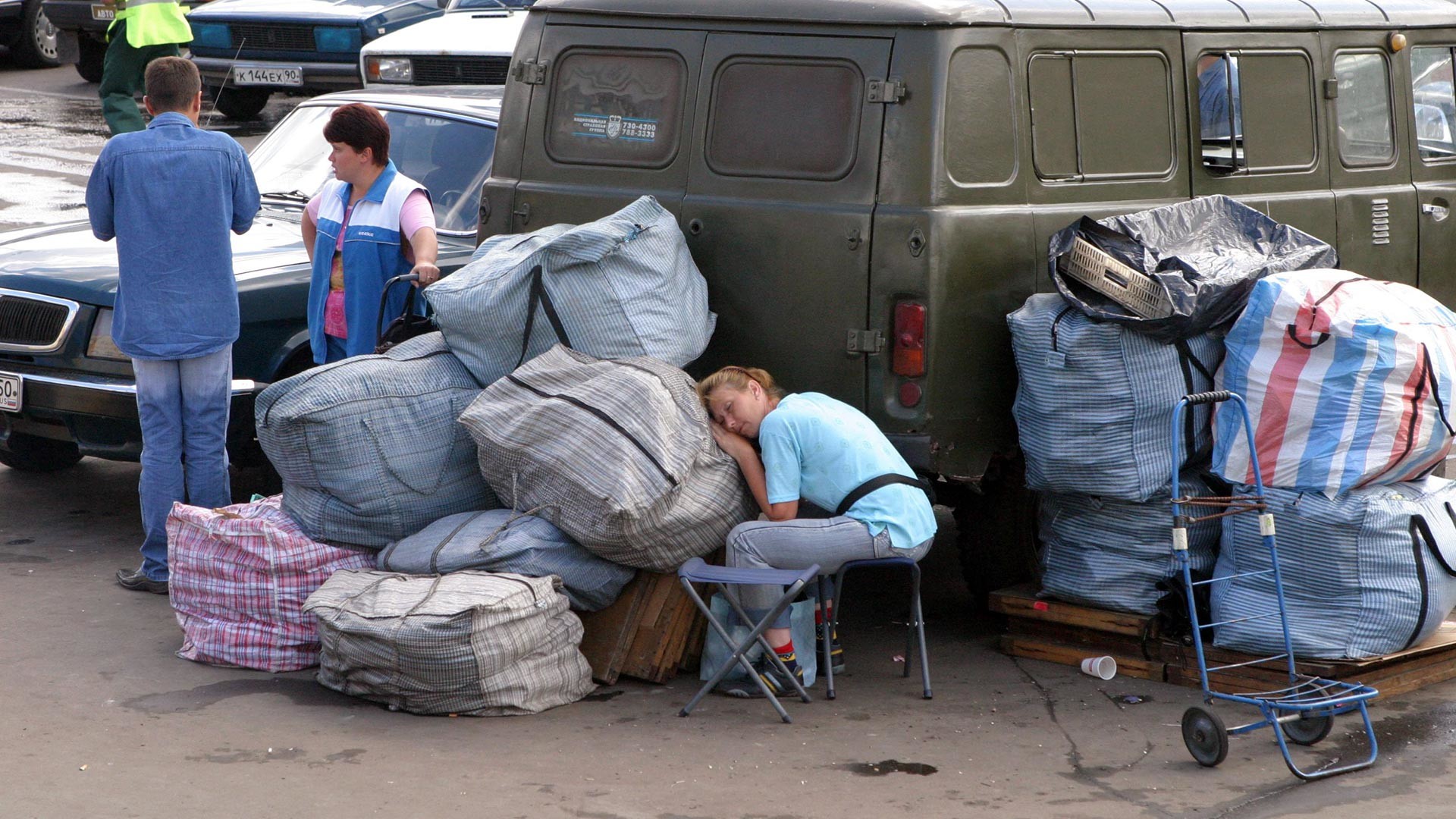 At the Komsomolskya Square in Moscow, early 2000s.

In the 1990s, there were still restrictions on the amount of foreign currency that could be taken out of the former Soviet republics. A person leaving Russia, for example, was not allowed to carry more than $700. This is why shuttle traders often took things they could sell abroad (Soviet cameras, jewelry, alcohol) and used the proceeds to buy the things that they would then sell back home. 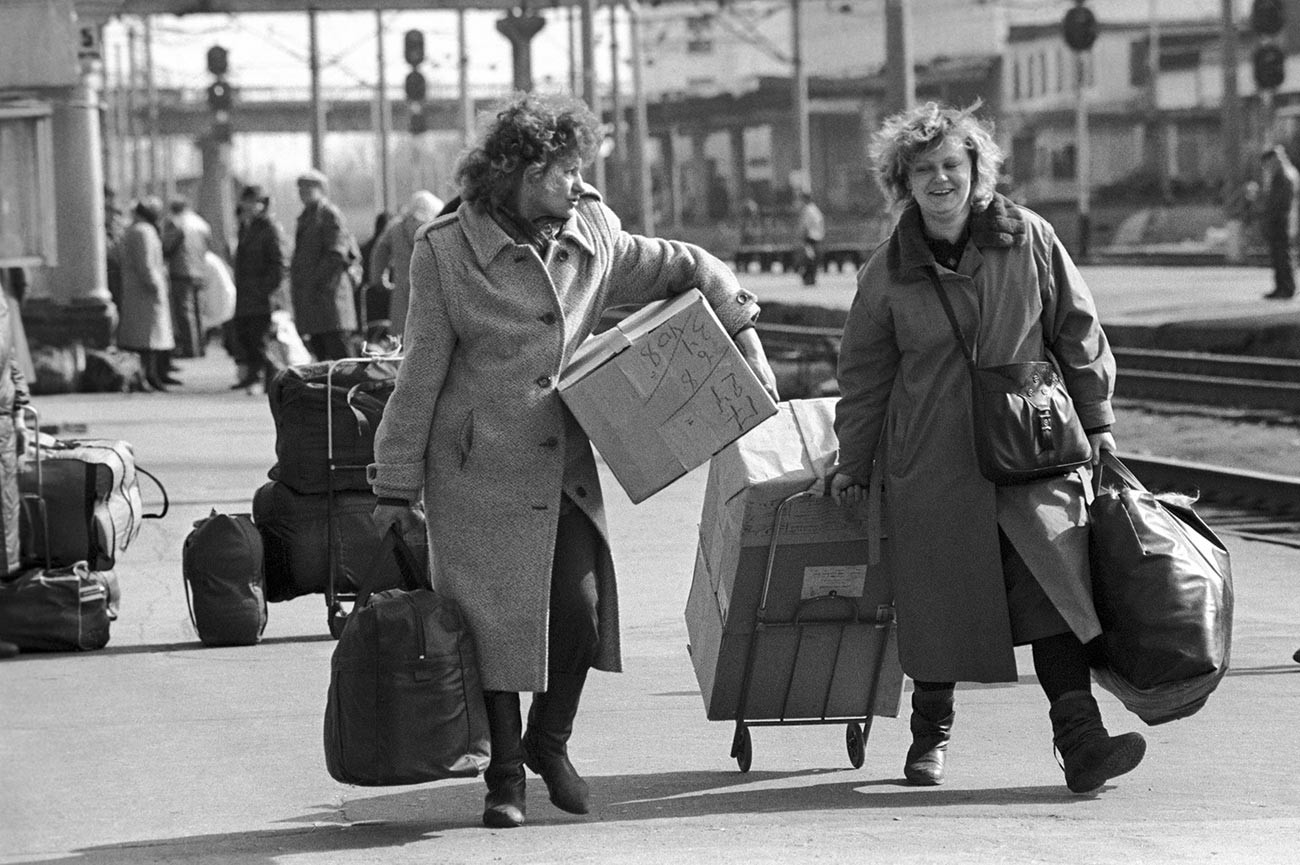 “Many of us used to take Soviet hats to China. Each cost seven rubles, and the Chinese willingly exchanged two hats for a pair of boots, which could then be sold at Luzhniki for 2,000 rubles,” recalls a former shuttle trader named Andrey. “So, we would go through customs wearing seven hats and three coats one on top of the other. Customs officers would get angry, but you just told them: ‘I'm cold.’ And they couldn't do anything." 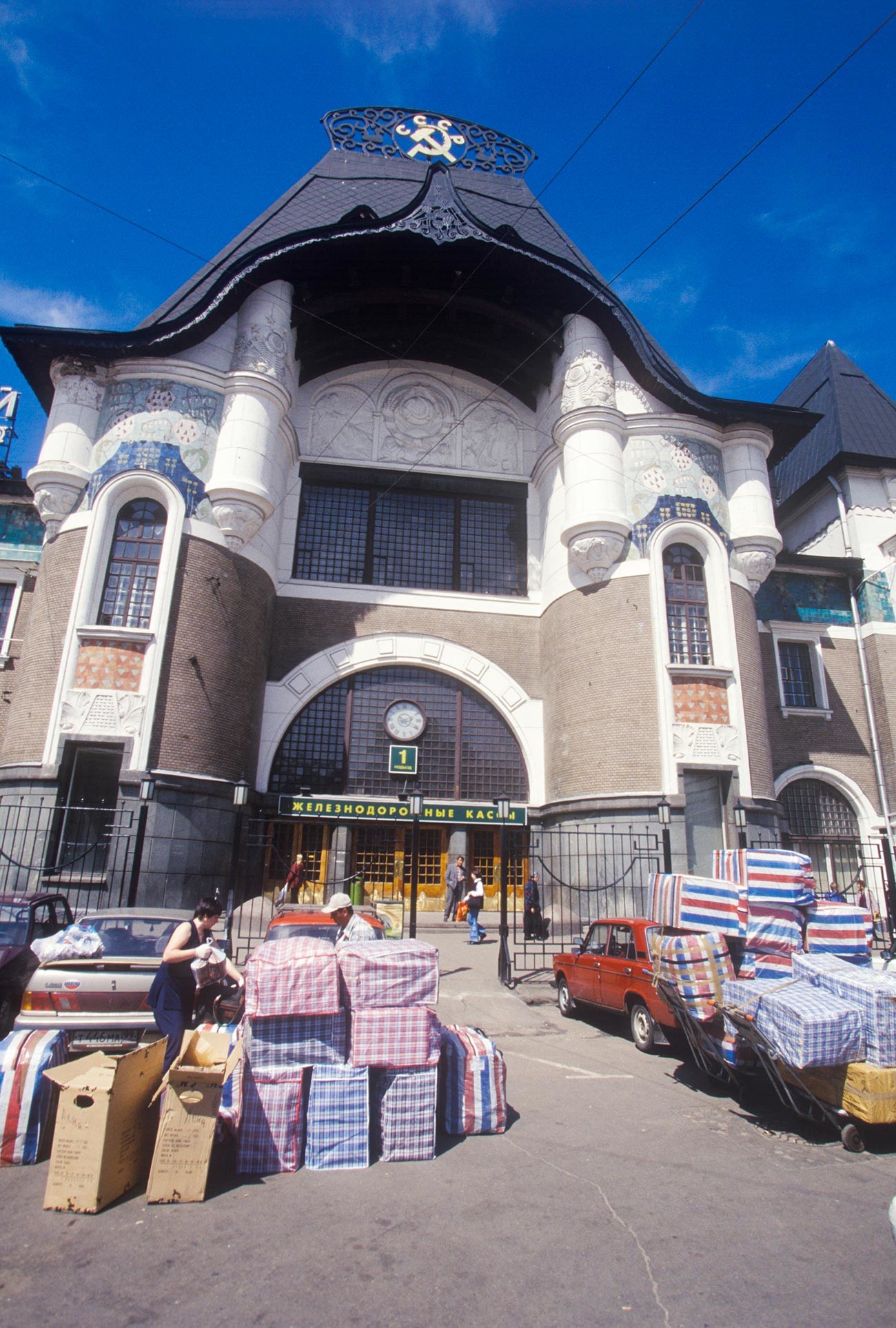 Others took assistants along with them so they could take more currency out of the country.

Imported goods were sold at markets. Every major city had at least one, if not more, huge markets, where you could find anything. In Moscow, the most famous of these were Luzhniki (all the stands under the sports stadium were turned into stalls), Cherkizovsky and a dozen smaller ones. Not only ordinary customers came to the Moscow markets, but also dealers from other parts of the country.

It was cheaper for them to bring goods from the capital rather than travel abroad to get them. It was at these markets too that migrants from the Central Asian republics began to arrive in large numbers to sell goods in the mid-1990s. 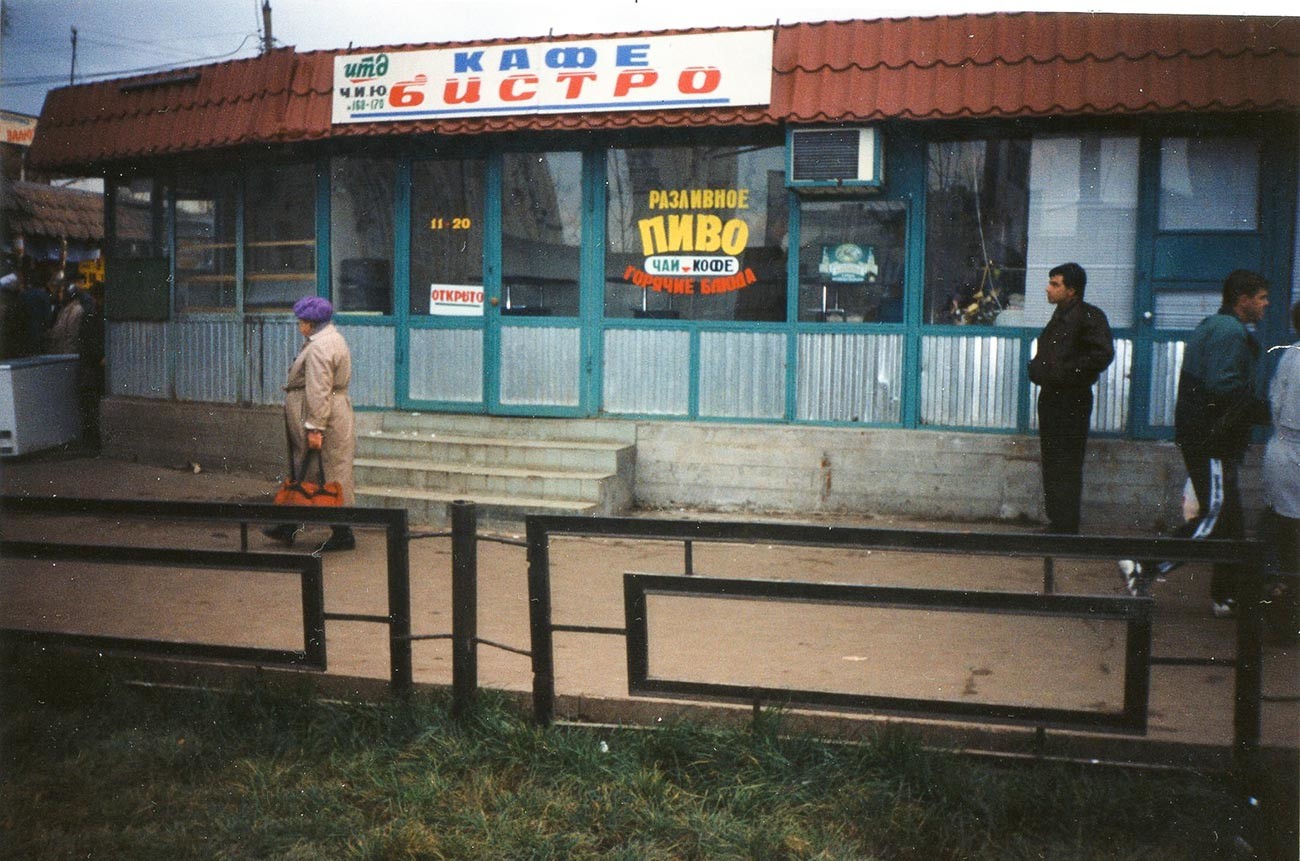 Domodedovsky market at the south of Moscow, 1990s. 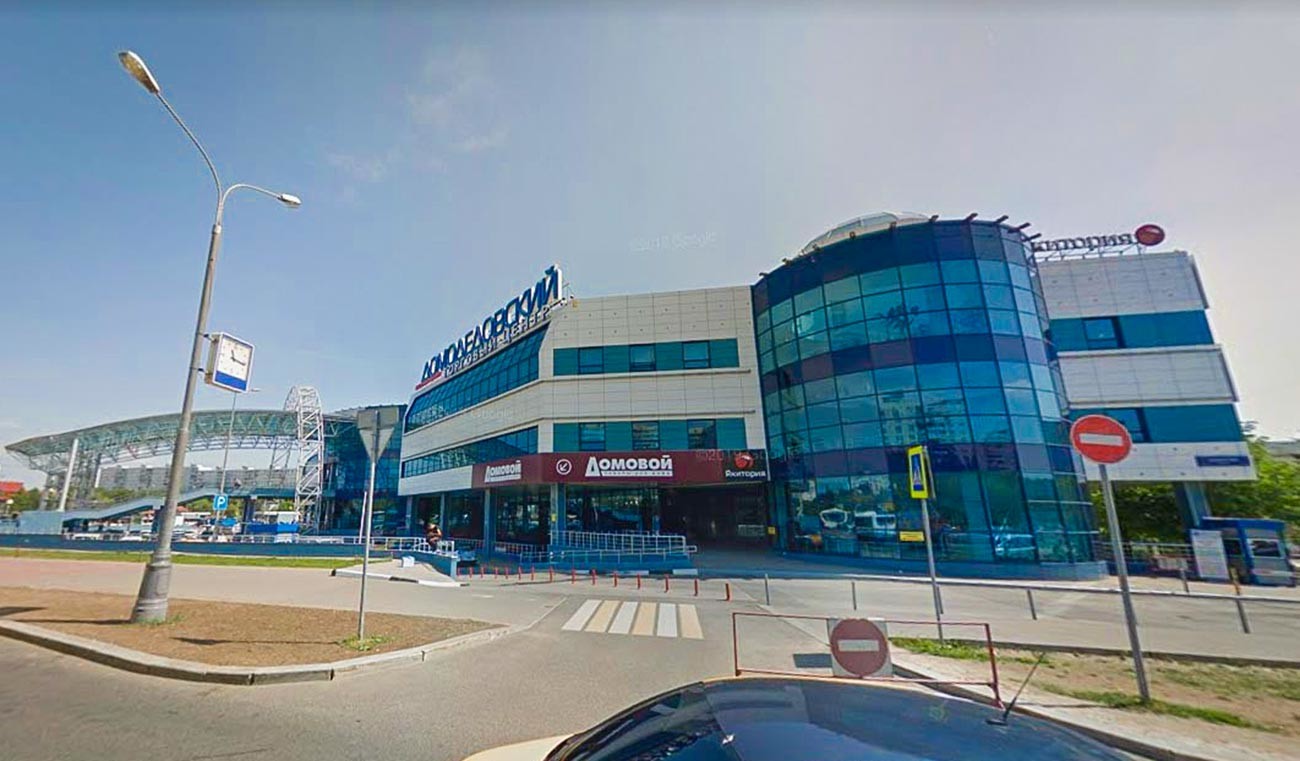 Then in 1998 the economic crisis came, the ruble collapsed, and many entrepreneurs, who had debts in dollars, went bankrupt. In the early 2000s, shopping centers began to appear in Russian cities, including large foreign chains. Shuttle traders were replaced by trading companies, and the markets gradually began to be demolished. 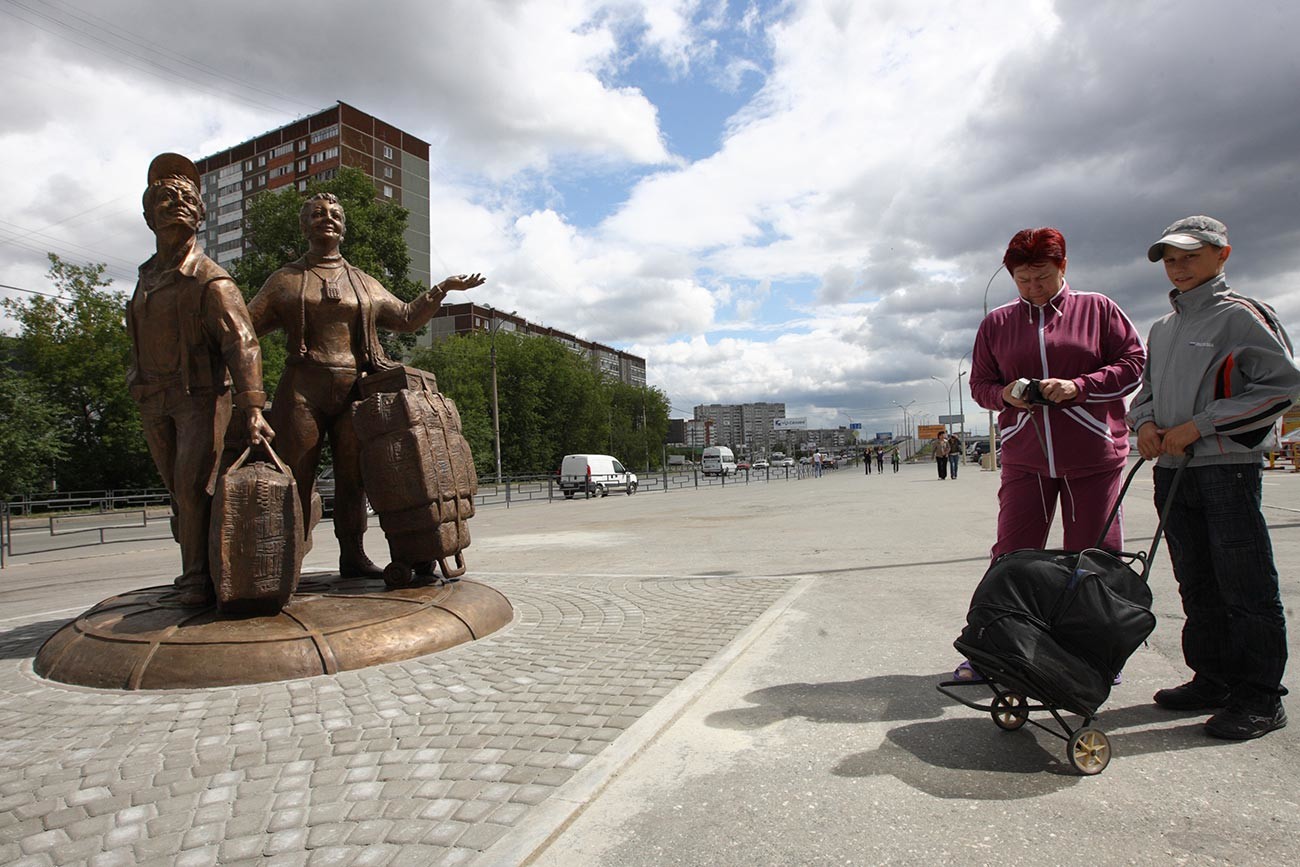 Yekaterinburg, the monument to the traders near the shopping center.

It is hard to put a figure on the volume of the shadow shuttle-trade economy since of course no one kept accurate records, but according to some estimates in the mid-1990s it accounted for up to a third of all imports into the country. What is known however is that up to 10 million Russians were employed in the sector. 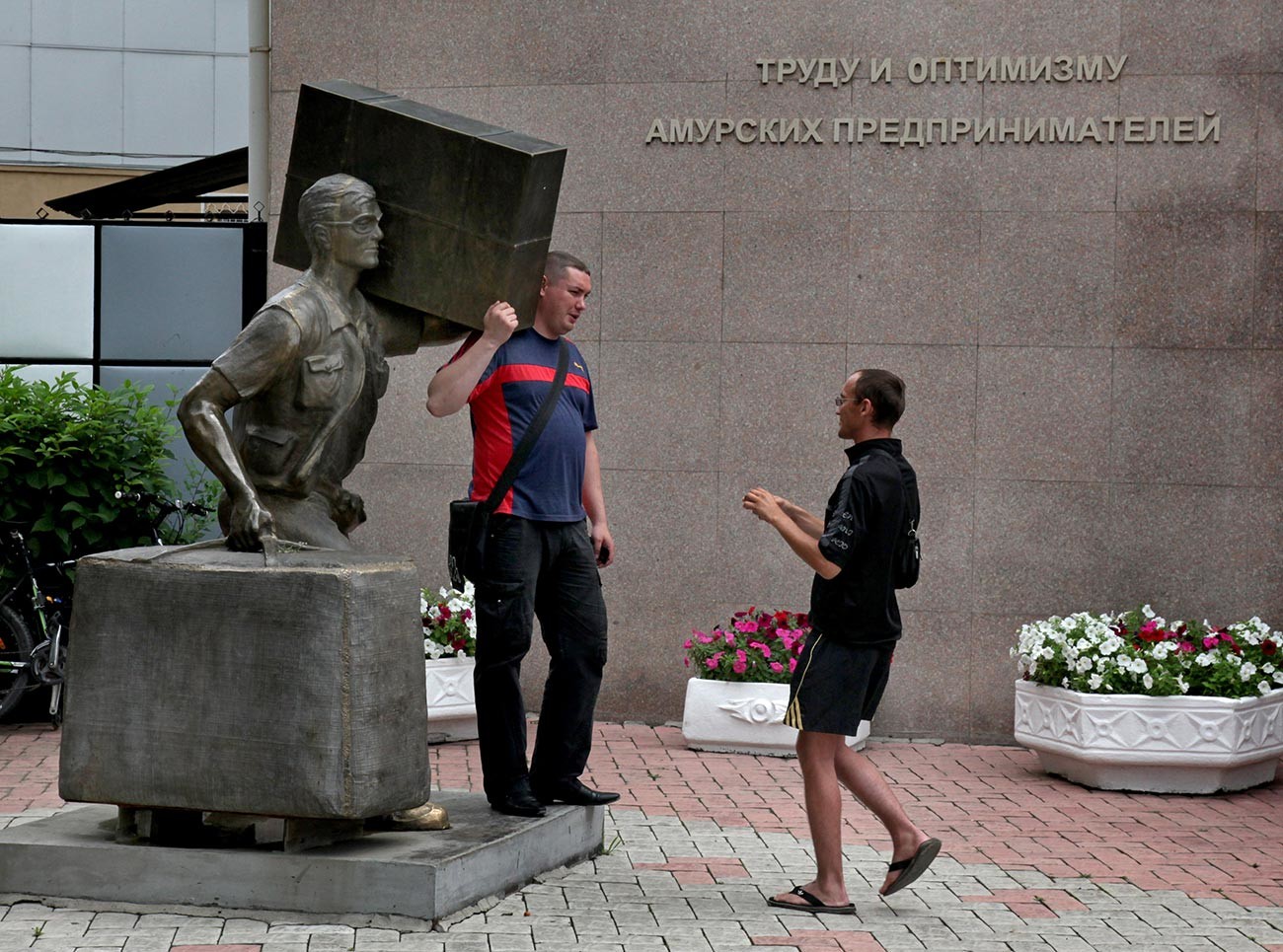 This brief but important period of modern history is even reflected in monuments to shuttle traders that have become popular landmarks in several Russian cities. They are usually erected near shopping centers and former markets from the “wild 1990s.”