Is ‘father of aviation’ Igor Sikorsky American or Russian? 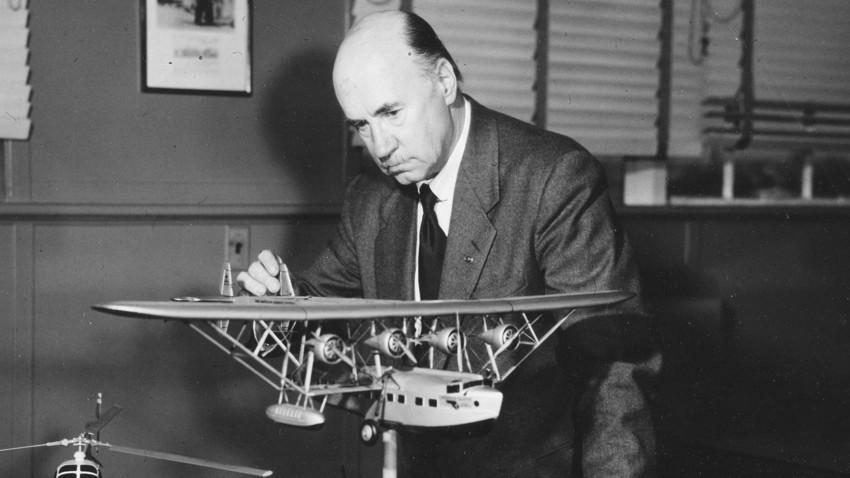 Public domain
Marine One, that has been transporting U.S. Presidents since 1957, is just one of the many helicopters designed by this Russian genius, who Americans regard as their compatriot.

One night, when Igor Sikorsky was a young boy, he came to his mother and said he had a dream in which he was onboard a flying machine.

“Walking slowly, I felt a slight vibration under my feet and was not surprised to find that the feeling was different from that experienced on a steamer or on a railroad train. I took this for granted, because in my dream I knew that I was on board a large flying ship in the air,” he recalled years later.

To Sikorsky’s mother, this shouldn’t have come as a surprise. This was during the era of aviation pioneers and everyone was captivated by the idea that humans would be able to navigate the skies one day. Little did she know, her son — Igor Sikorsky — would soon revolutionize the field of aviation and, in the meantime, make the world a much more connected place.

The future father of aviation was born in Kiev, Russian Empire, in 1889 — a son of iconic Russian psychiatrist Ivan Sikorsky and Maria Sikorskaya, who took a deep interest in art and ideas of Leonardo da Vinci. Most likely, she passed her fascination on to her son, including the idea of da Vinci’s helicopter prototype. 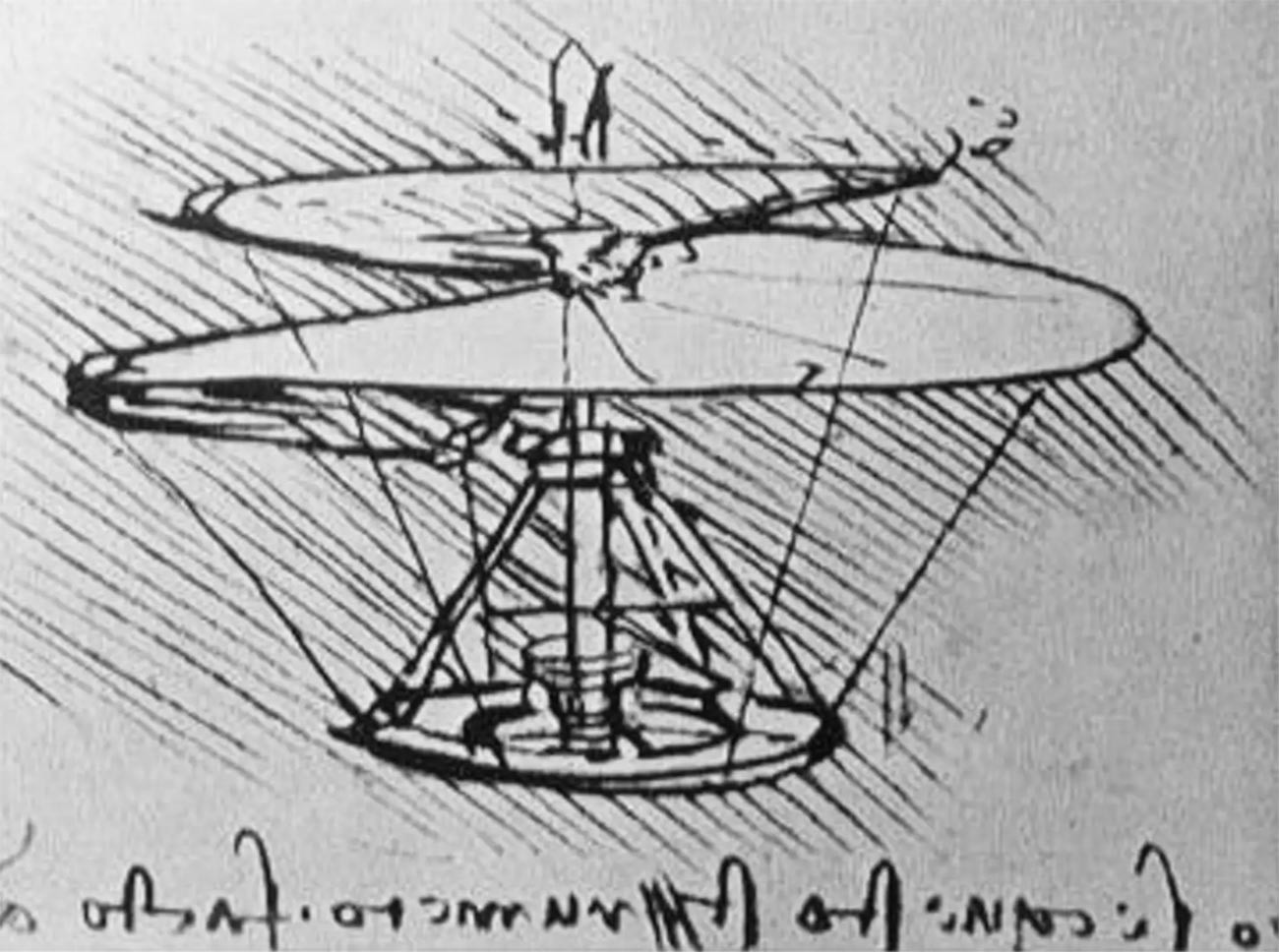 Young Sikorsky was so captivated that he designed his first toy helicopter at 12 years of age — the toy worked on an engine powered by an elastic band and was just that, a toy.

As Sikorsky grew up, he pursued his ideas while studying unrelated subjects, first in St. Petersburg and then in France. But his first real breakthrough happened only when Sikorsky returned to Kiev, the Russian Empire, in 1910. 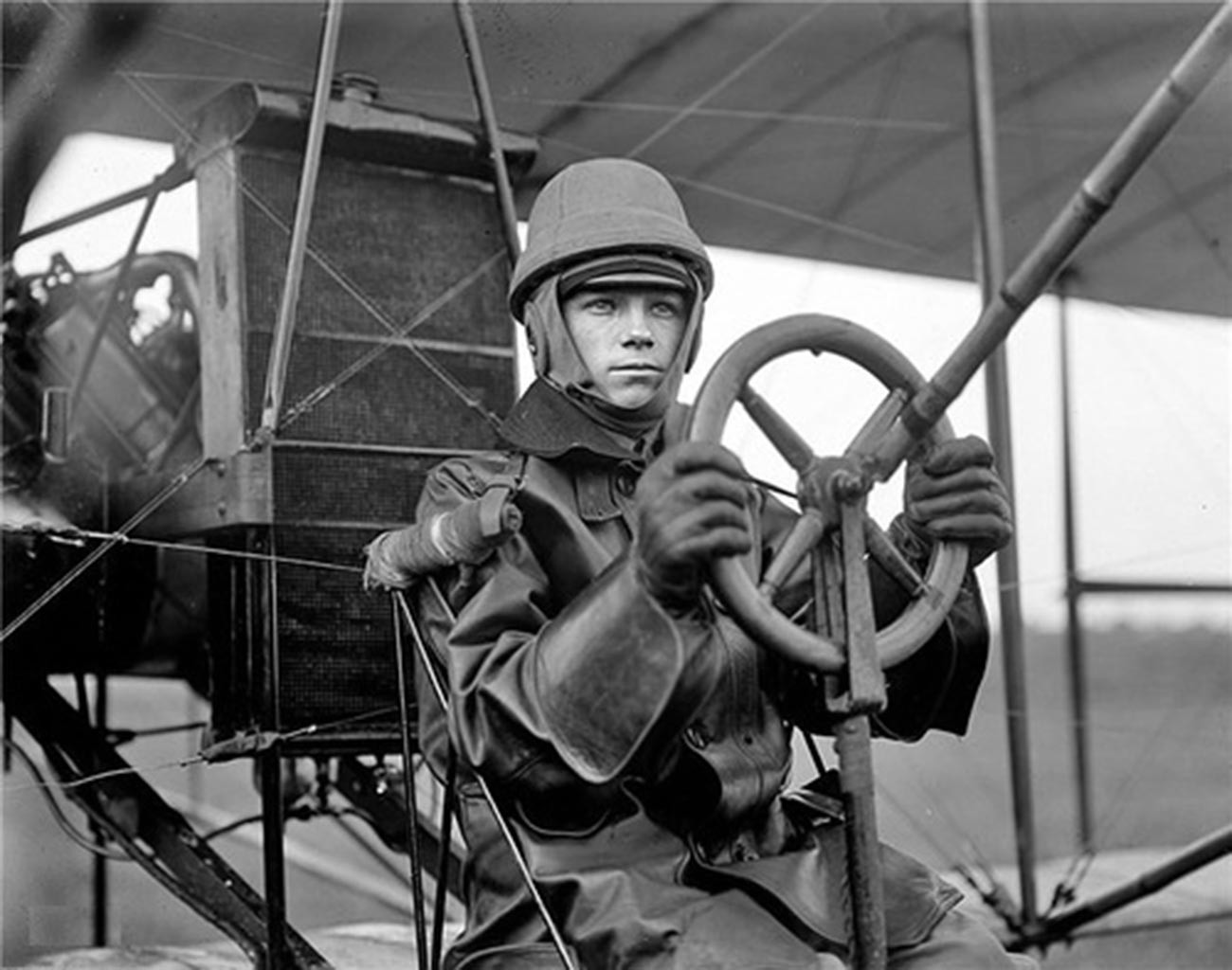 That year, Sikorsky was constructing basic airplanes and also testing them on his own, without knowing much about the theory behind. For him, the only way forward was by trial and error, even though some of the errors could have been fatal.

“A great deal of the design of these early aircraft were based on pure guesswork. We had little, except the flight of birds, to turn to for information […] In those early days, the Chief Engineer was almost always the Chief Pilot, as well. This had the automatic result of eliminating poor engineering very early in aviation,” said Sikorsky. 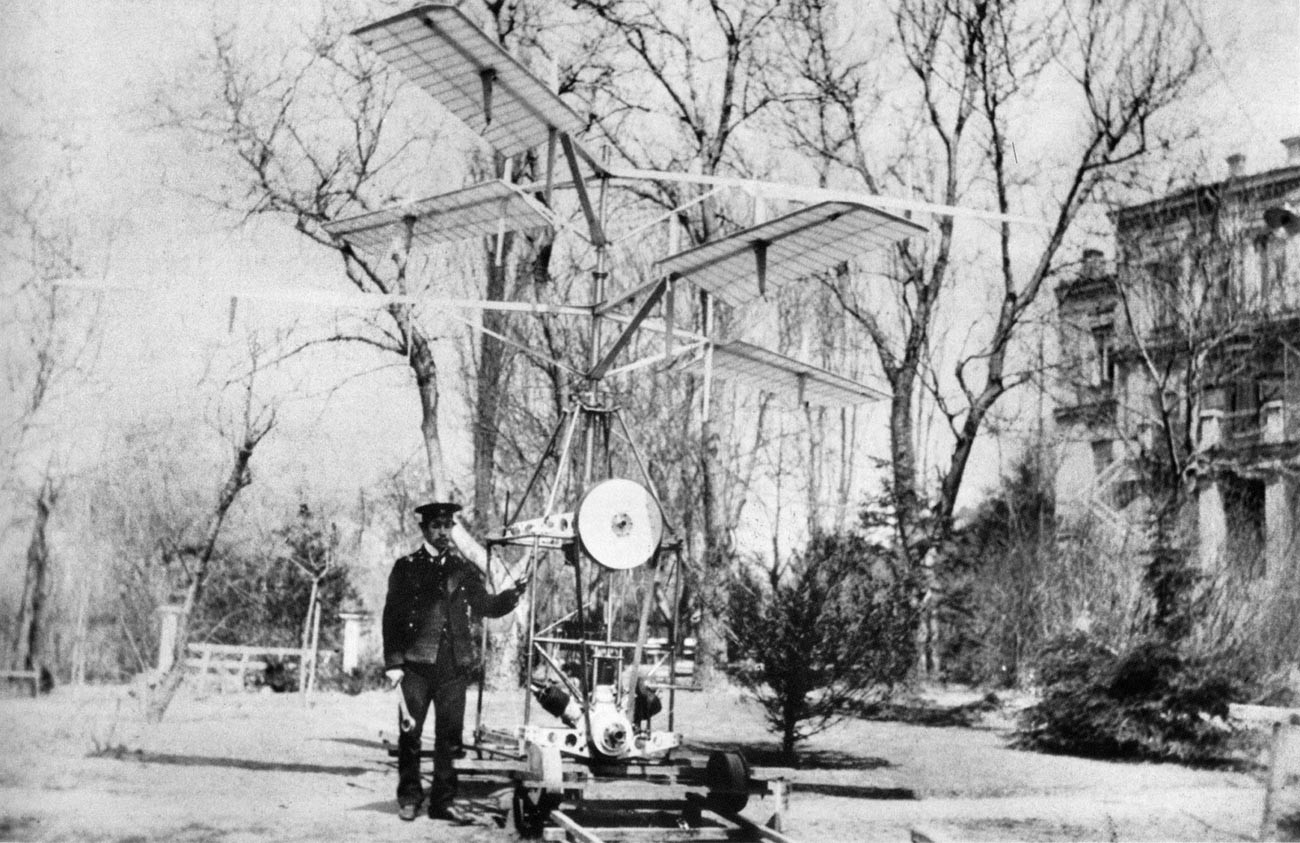 One of the first helicopters designed by Sikorsky.

Once, he designed a sleigh powered by an engine and propellers that allegedly could reach speeds of up to 40 km per hour, solely to test the reliability of propellers made of various types of wood. To the delight of the whole city of Kiev, he turned the test work into entertainment for locals — including the governor — who he would take on board for rides.

This turned him into a local celebrity. A short time later, Sikorsky’s talent for design and construction would earn him a job offer he couldn’t refuse.

In only one year, Sikorsky and his team designed and assembled the first four-engine aircraft in the world. On May 10, 1913, the ‘Sikorsky Russky Vityaz’ — or the ‘Russian Knight’, as the giant aircraft would become to be known as — successfully conducted its first flight. 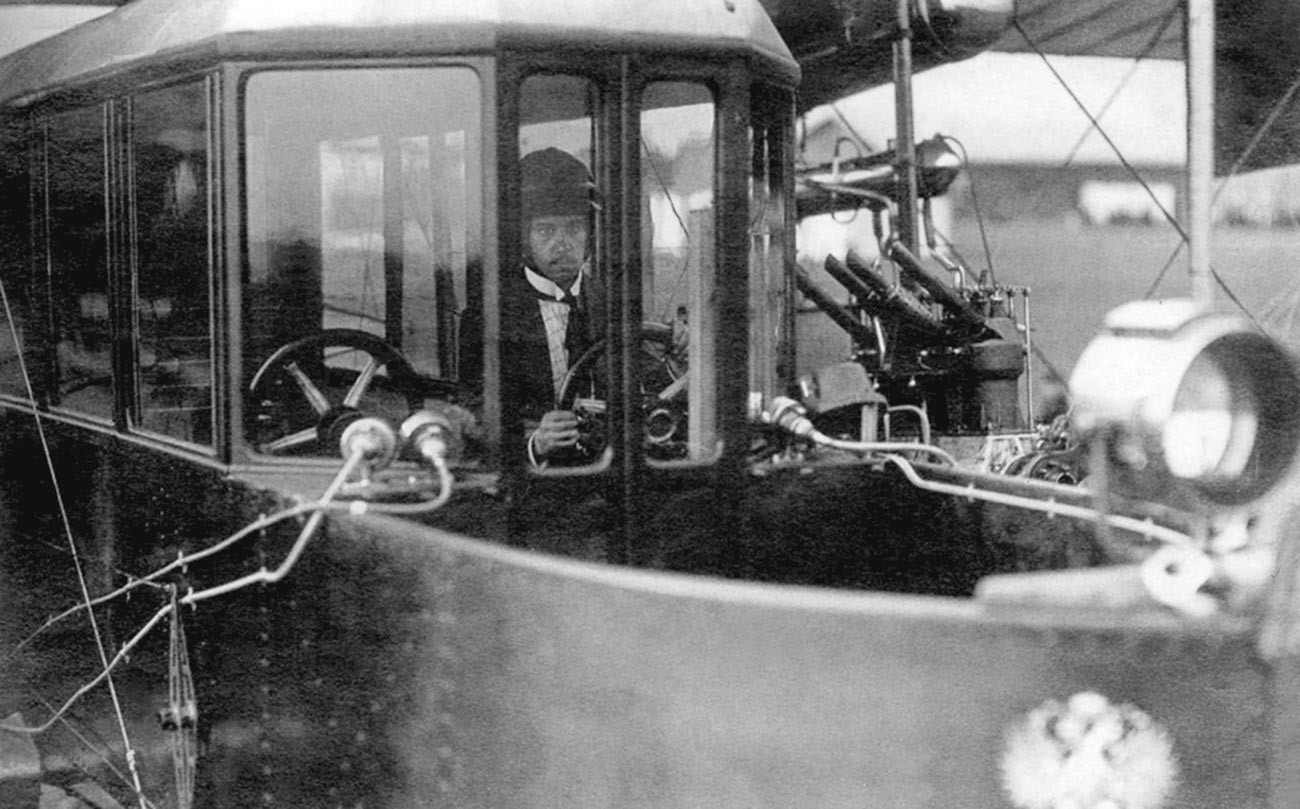 This event was so groundbreaking that it attracted the attention of Tsar Nicholas II, who personally came to inspect the new aircraft and meet its creator. Impressed by his work, the Emperor would award Sikorsky with a golden watch — a noble present and a sign of the Emperor’s special regard for the young inventor.

The ‘Sikorsky Russky Vityaz’ also known as the ‘Russian Knight’

Unfortunately, in only five years, the new Bolshevik leaders would portray Sikorsky not as a hero, but as a traitor and force him to flee the revolutionary motherland.

The end of the world

The Bolshevik Revolution of 1917 was the end of the world for Sikorsky, not because he was a devoted monarchist, but because he could no longer use his talent and focus on designing new aircraft.

The Bolsheviks were more interested in the cavalry — military power that came handy in the Civil War fought against the White Army who resisted the Bolsheviks’ expansion in Russia — than in aircraft that were not yet widely used in combat at the time. 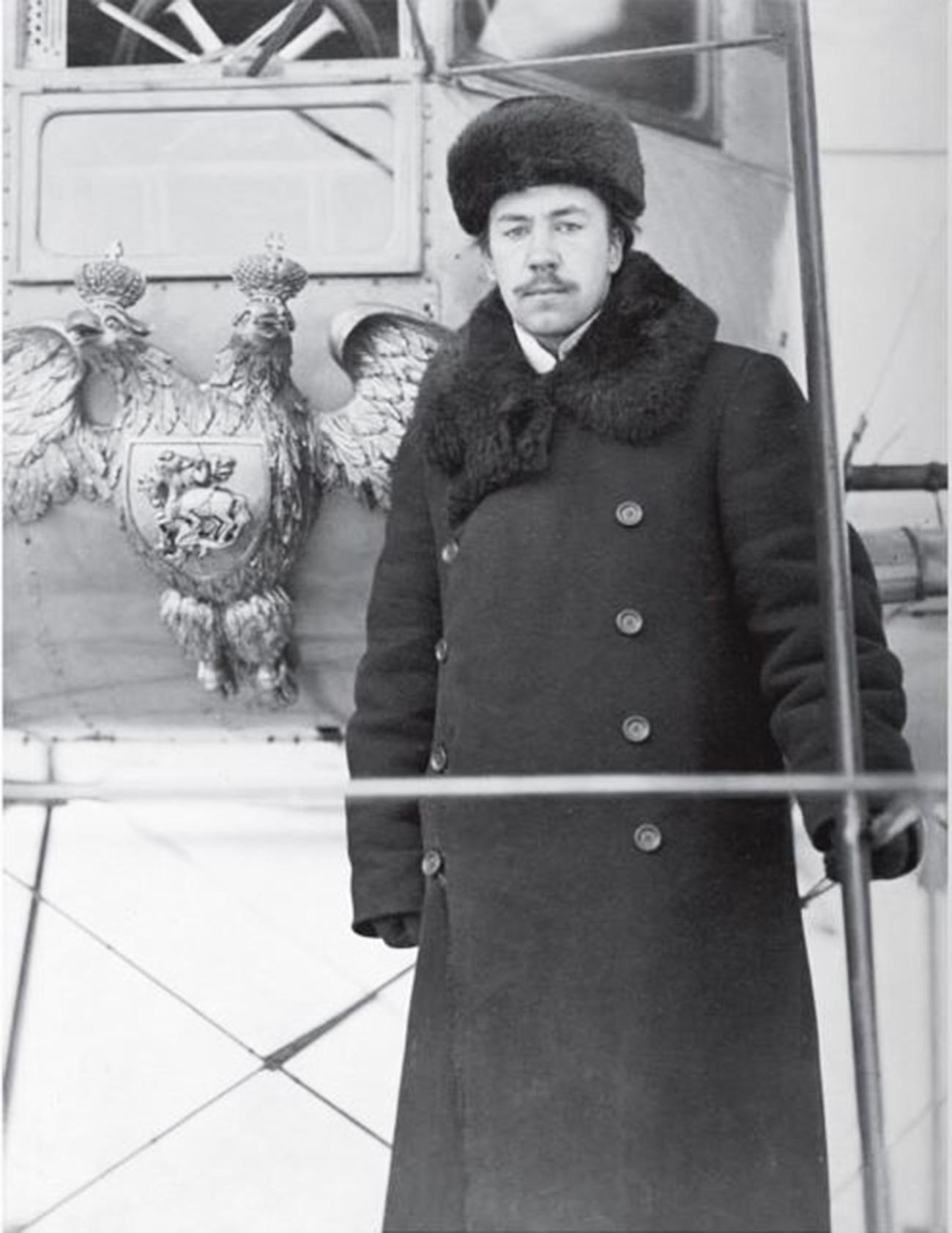 Sikorsky — who only a few years ago was favored by the state and Tsar himself — was now in a desperate moment of crisis.

He lost all his money that was invested in the factory he worked for when it was nationalized by the Bolsheviks and repurposed for the production of tanks.

On top of that, he had reasons to believe his life was in danger. In early 1918, when the Bolshevik terror was in full swing, Sikorsky’s former colleague, who now worked for the Bolsheviks, warned his friend: “The situation is very dangerous. I saw your execution order.”

Broke and scared, Sikorsky fled Russia for the West.

After a brief and unsuccessful period of stay in France, Igor Sikorsky moved to the U.S. in March 1919.

He chose the U.S. not only because it was a harbor for many immigrants at the time, but also because he reckoned the huge American territory — that could be compared to the territory of his native Russia in size — would make his airplanes and helicopters a useful means of transportation. 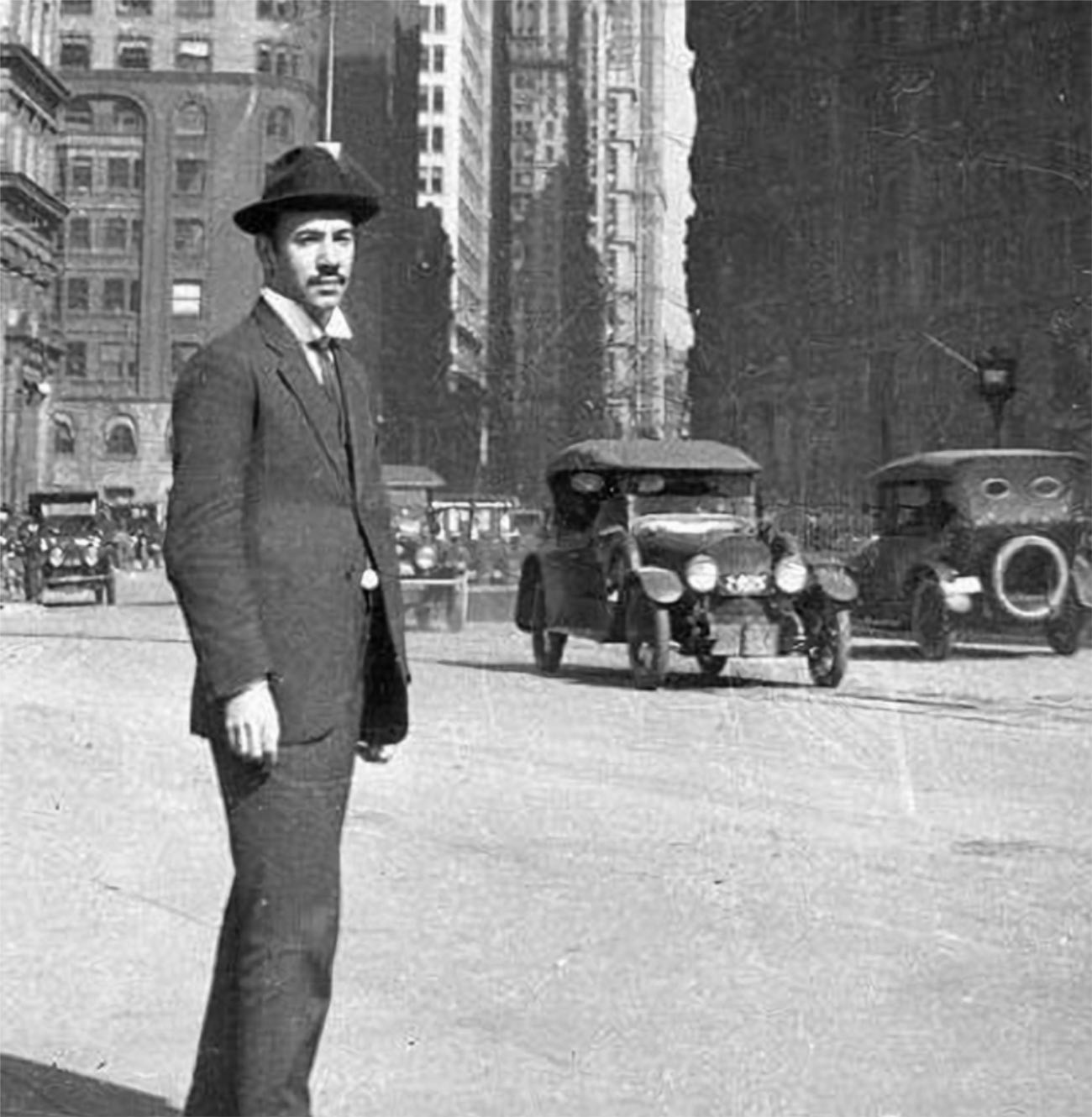 But life wasn’t easy for the talented immigrant at first: Sikorsky had to teach math for money, but he did not lose faith in his lifetime fascination.

“I have been hungry in America. I have known what it is to seek work and not find it in America. But there was never a day during the hardest times that I have lost hope in my planes or that I did not say aloud, ‘Thank God I am here, a free man, breathing free air. No man can order what I do. If I fail, I can try again!’” he said of his time in the U.S.

Following his dream, in 1923, he founded ‘Sikorsky Aero Engineering Corporation’, a tiny firm in Roosevelt, New York, that aspired to create new aircraft of the original design.

The firm was not doing well in the beginning and was saved from going bankrupt by Russian composer Sergei Rachmaninoff, who had also fled Russia for the U.S. after the Bolshevik Revolution, but became affluent more quickly than Sikorsky did.

The $5,000 (which amounts to approx. $76,000 in 2020) that Rachmaninoff loaned to Sikorsky and some additional funds the inventor was able to raise on his own helped the firm a great deal and in 1924 it released the Sikorsky S-29-A, one of the first twin-engine aircraft assembled in the U.S. The airplane could carry up to 14 passengers and reach speeds of up to 115 miles per hour (185 km/h). 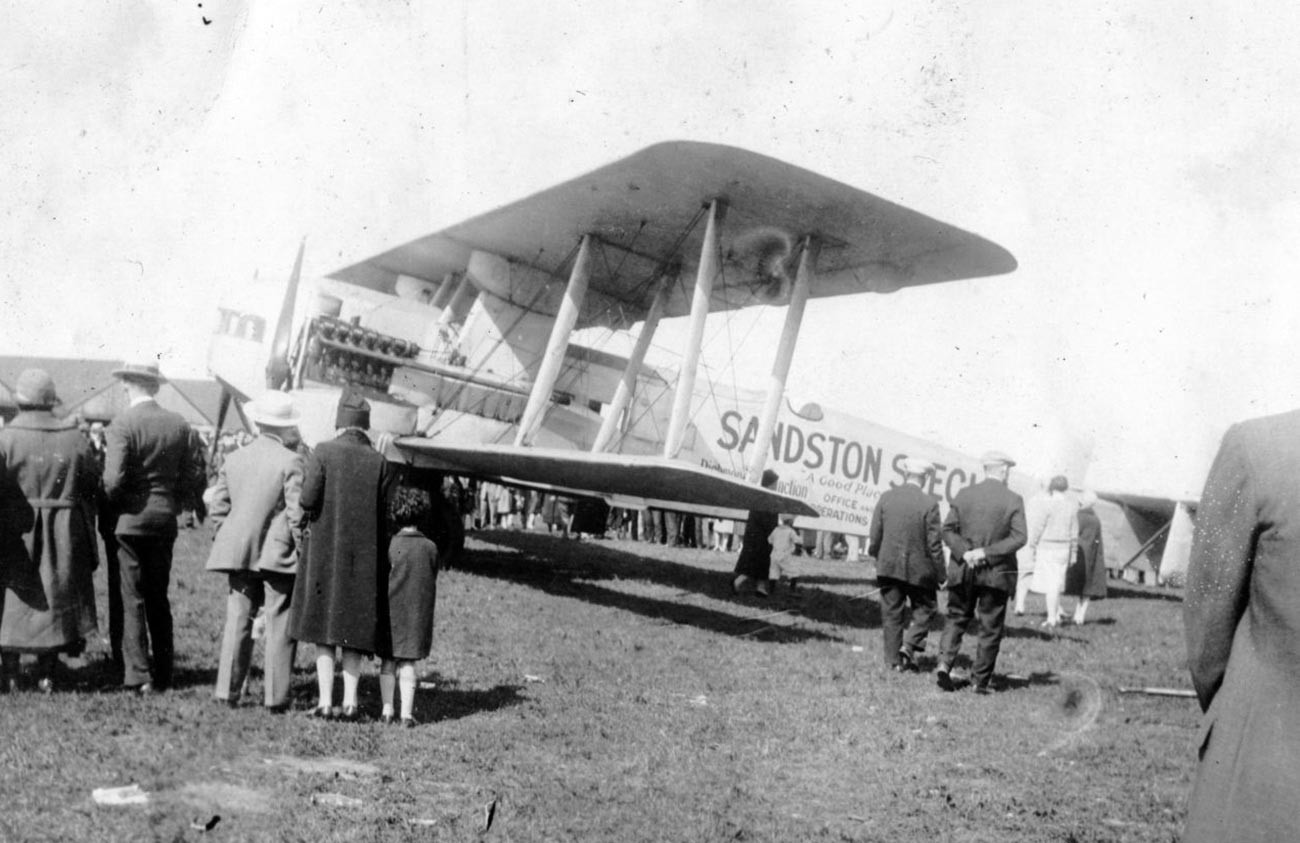 Soon after, the firm began manufacturing flying boats, aircraft that were able to land on water. For example, the Sikorsky S-42 was used by the Pan American Airways company for transatlantic flights. 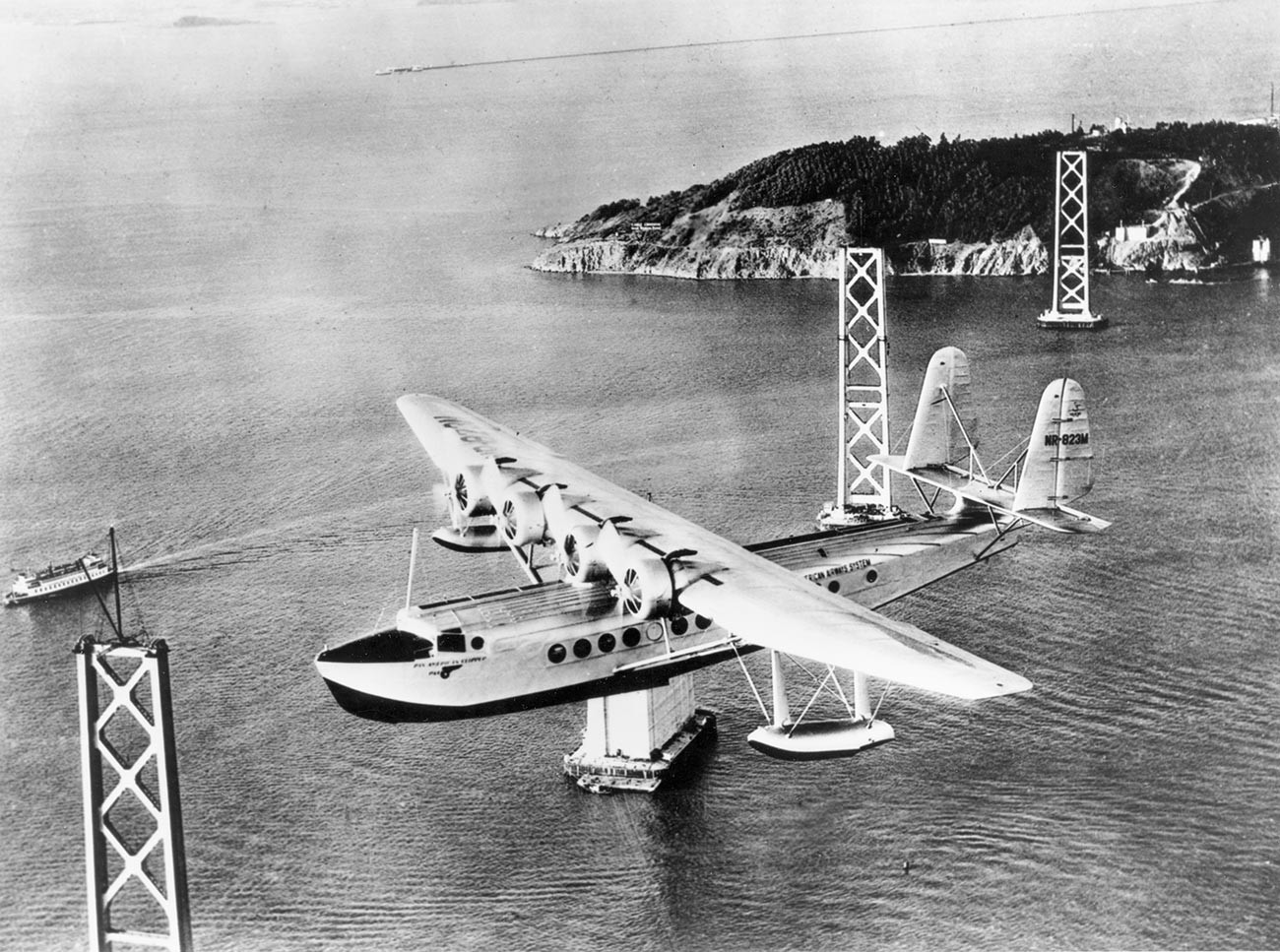 Pan American Airways Sikorsky S-42 "Pan American Clipper" in flight over San Francisco Bay on its way to Hawaii, circa 1934.

Inspired by the success of his planes, Sikorsky returned to his childhood dream: designing a vertical lift aircraft — a machine that the modern world knows as the helicopter.

Sikorsky, a naturalized citizen of the U.S. since 1928, reached great success in this sphere. The first tethered flight of the Vought-Sikorsky VS-300 happened on September 14, 1939, and the first free unrestrained flight happened eight months later, on May 24, 1940. 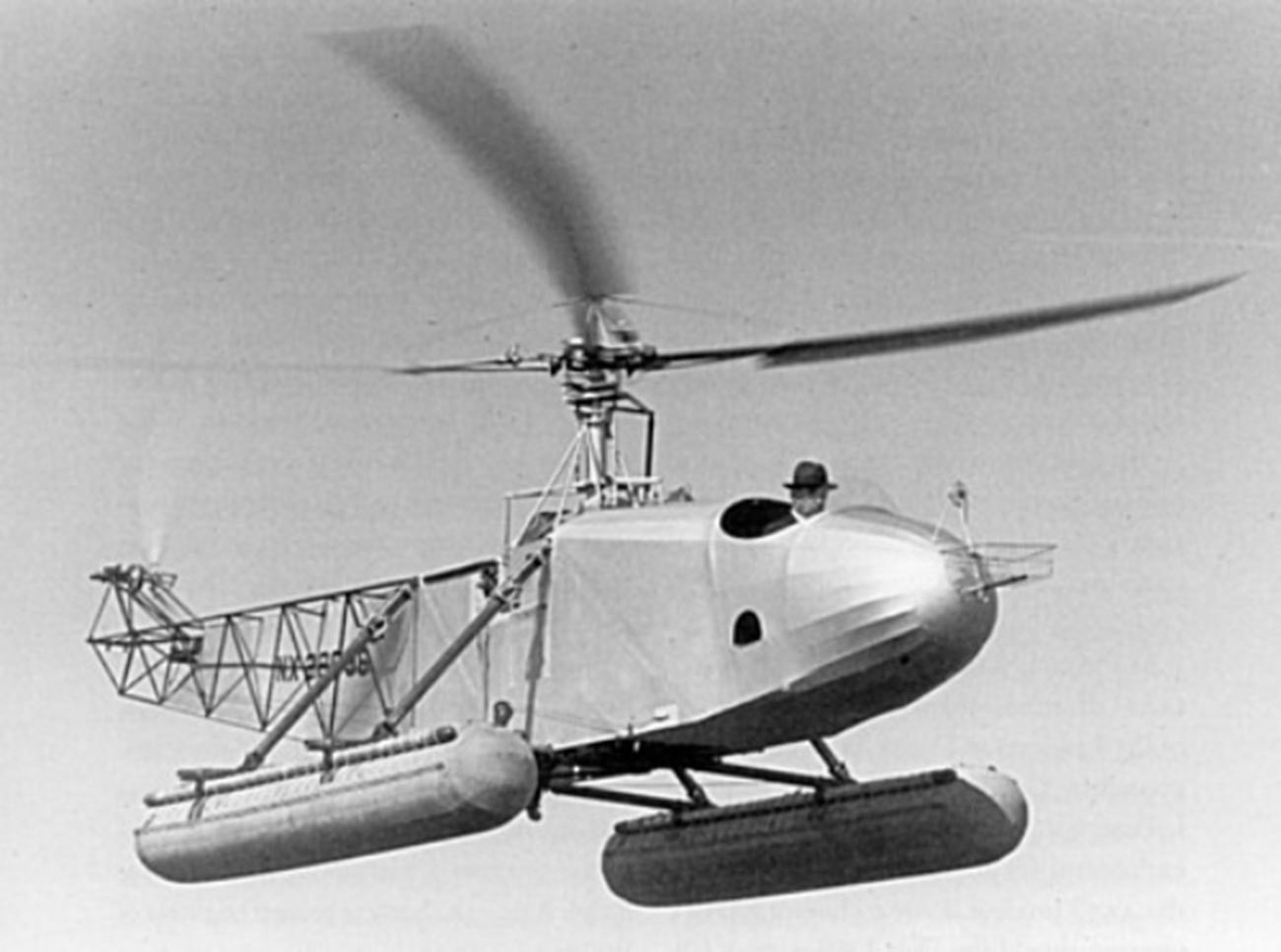 The initial success inspired Sikorsky to construct the Sikorsky R-4 in 1942, a brand new two-seater helicopter that became the first helicopter used by the U.S. Air Force and also the world’s first machine of its kind produced on a large-scale. 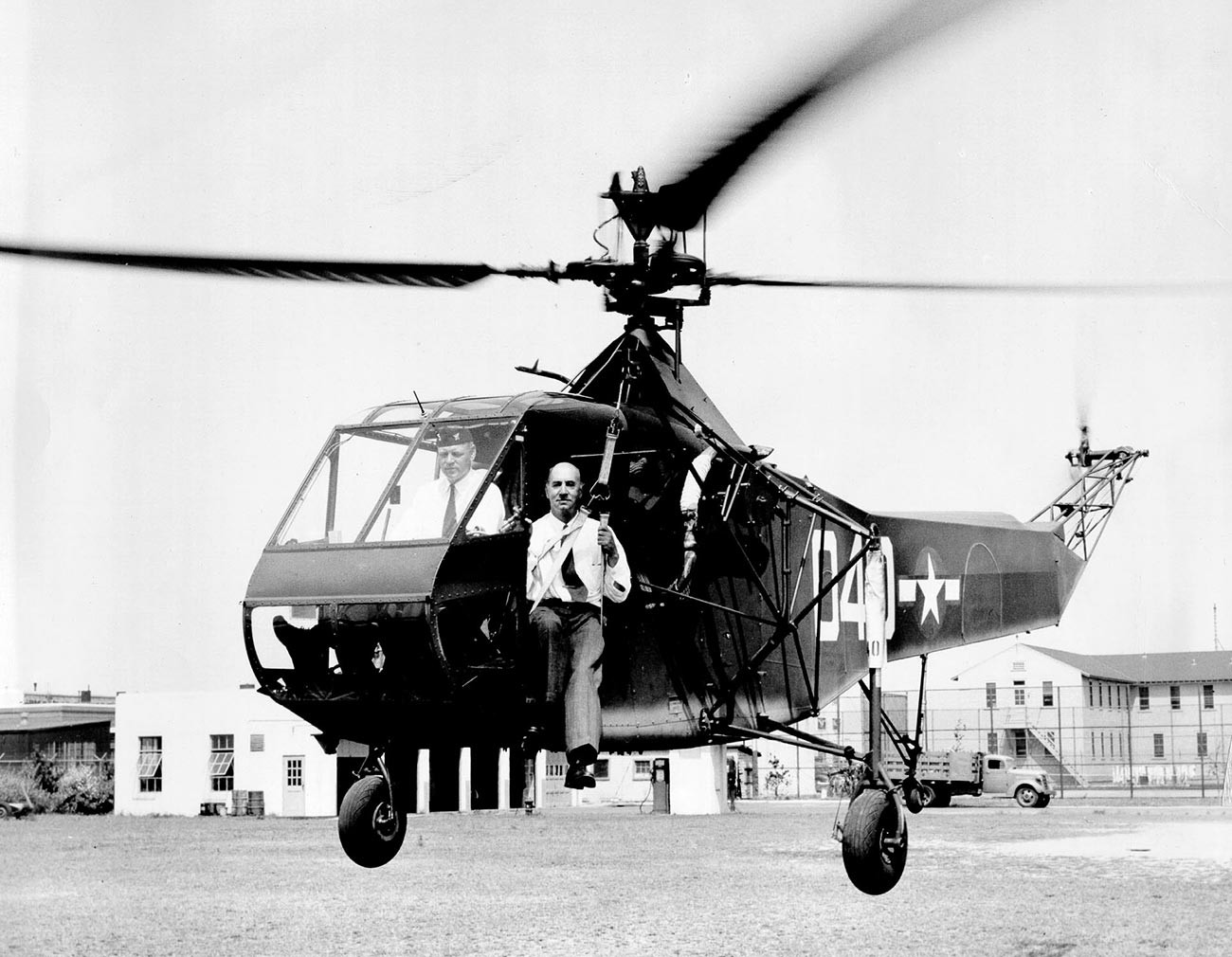 Since then, Igor Sikorsky designed some 30 models of airplanes and helicopters and became a living legend, who was inducted into the International Air & Space Hall of Fame in 1966. 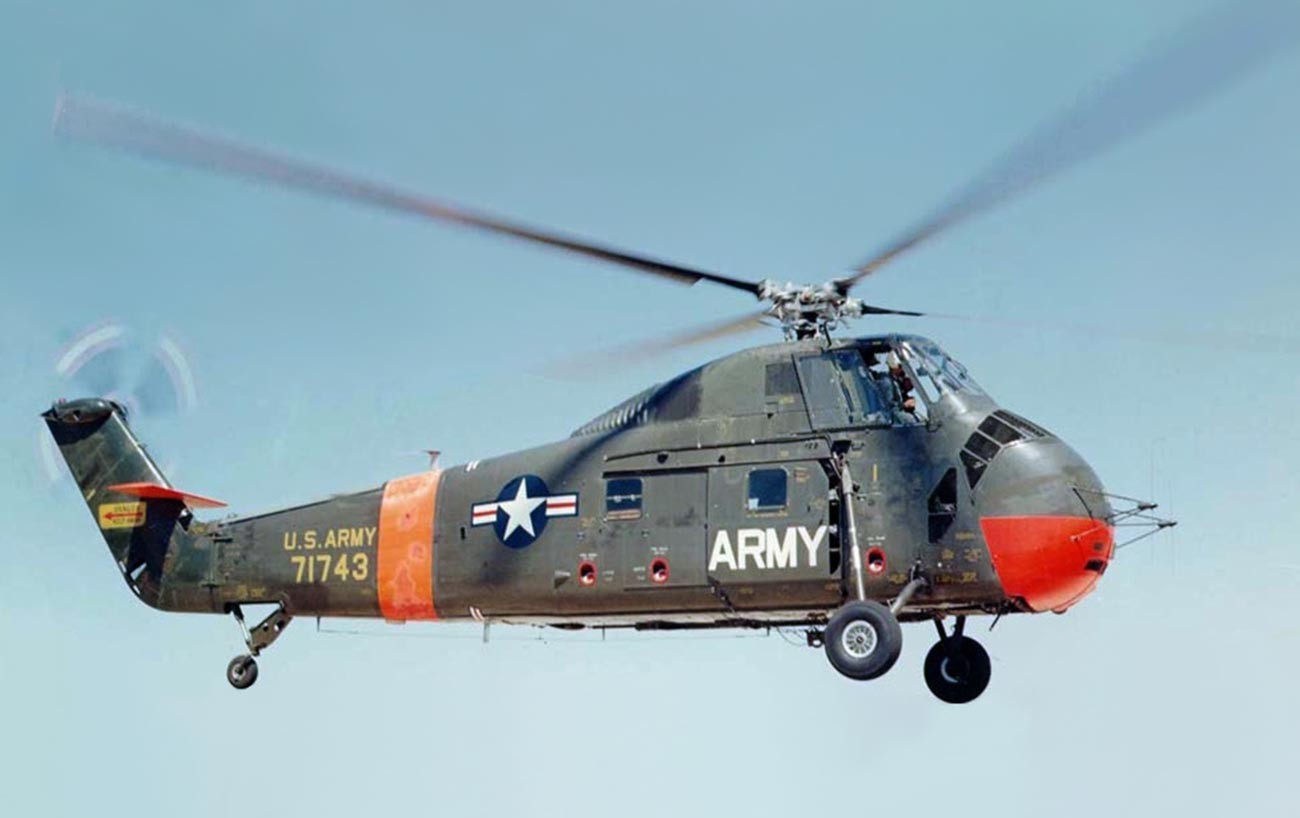 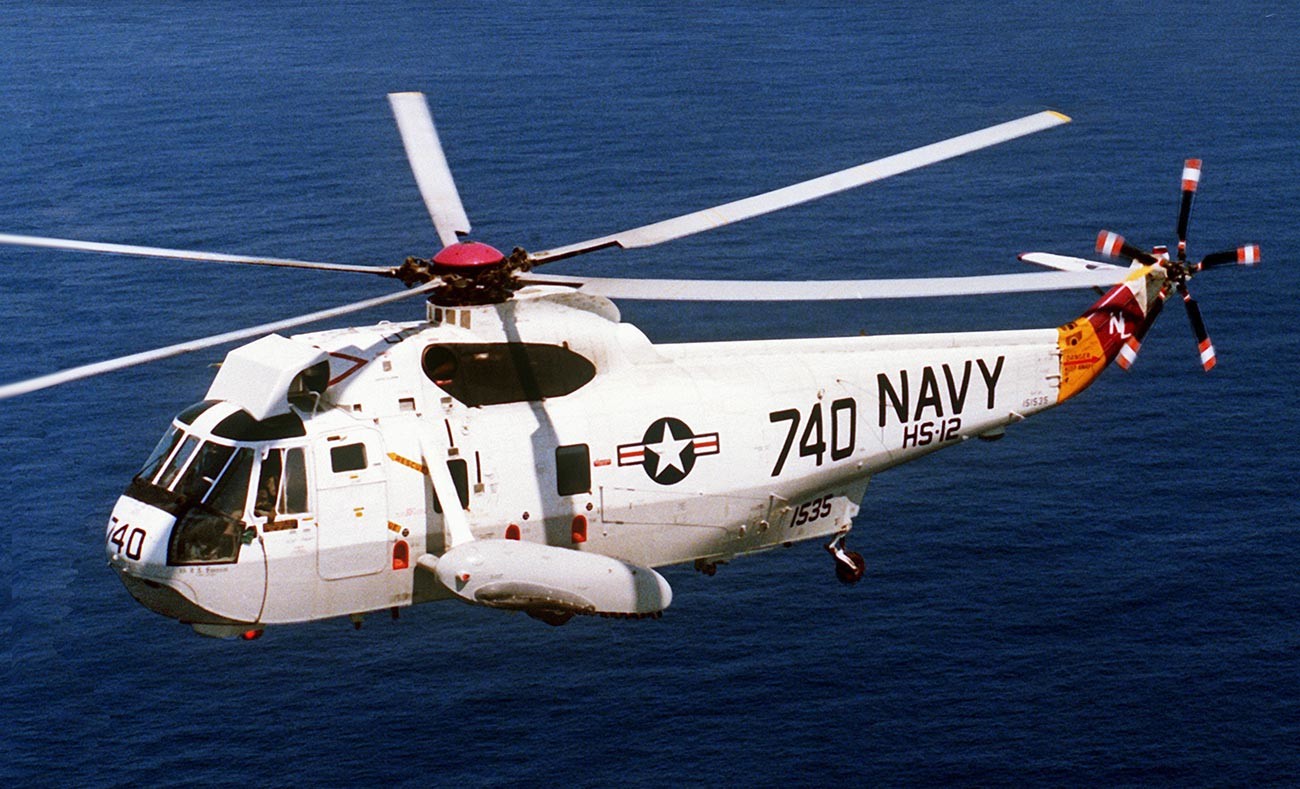 By 2006, the White House had 19 aircraft of Sikorsky’s design in service as presidential and vice-presidential helicopters. 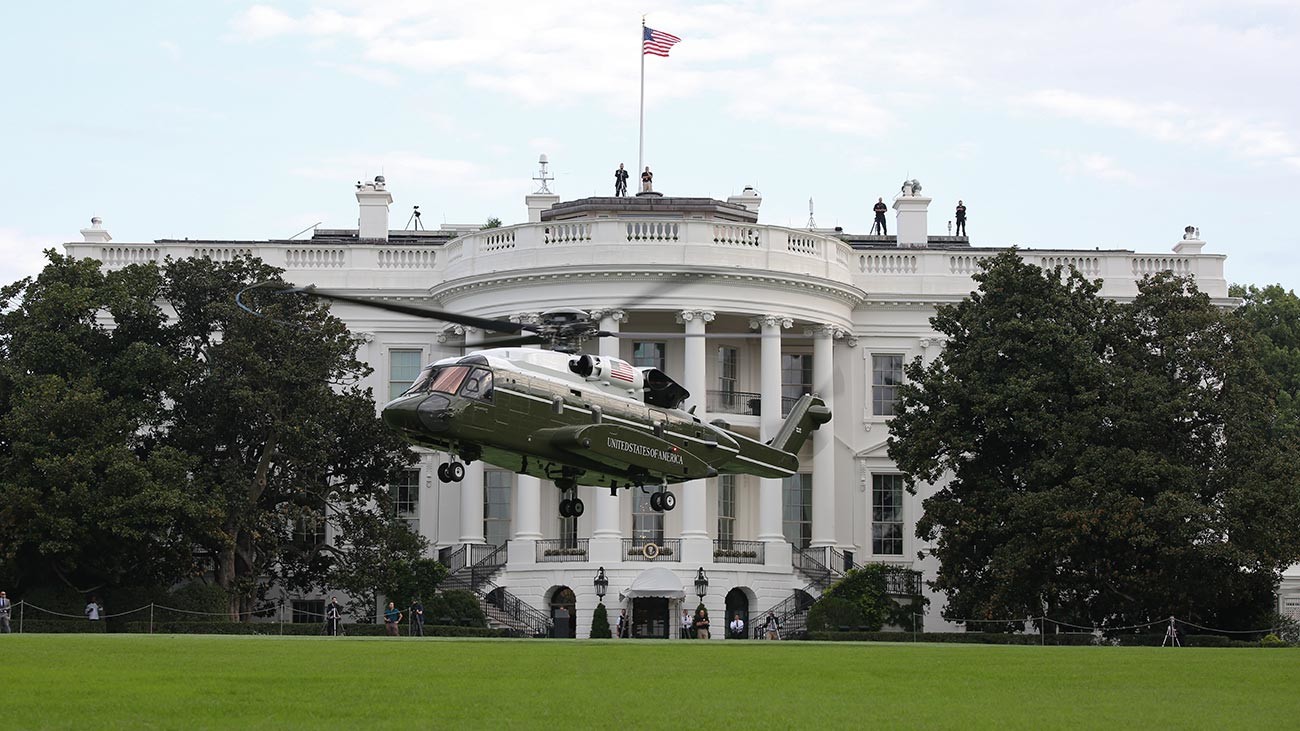 A VH-92A helicopter conducts landing and take-off testing at the White House South Lawn in September 2018.

Igor Sikorsky passed away at his home in Easton, Connecticut, on October 26, 1972. Born in Russia, Sikorsky would always long for his native land that he was never destined to see again in his lifetime.

Without the chance to return to Russia, Sikorsky channeled his great love to his new home, the U.S.

“In America, I found the confirmation of my hopes and came to understand the reason for the success of this country. Nothing can equal free work of free men. This is the foundation upon which the indisputable success of the United States has been built,” he once said. 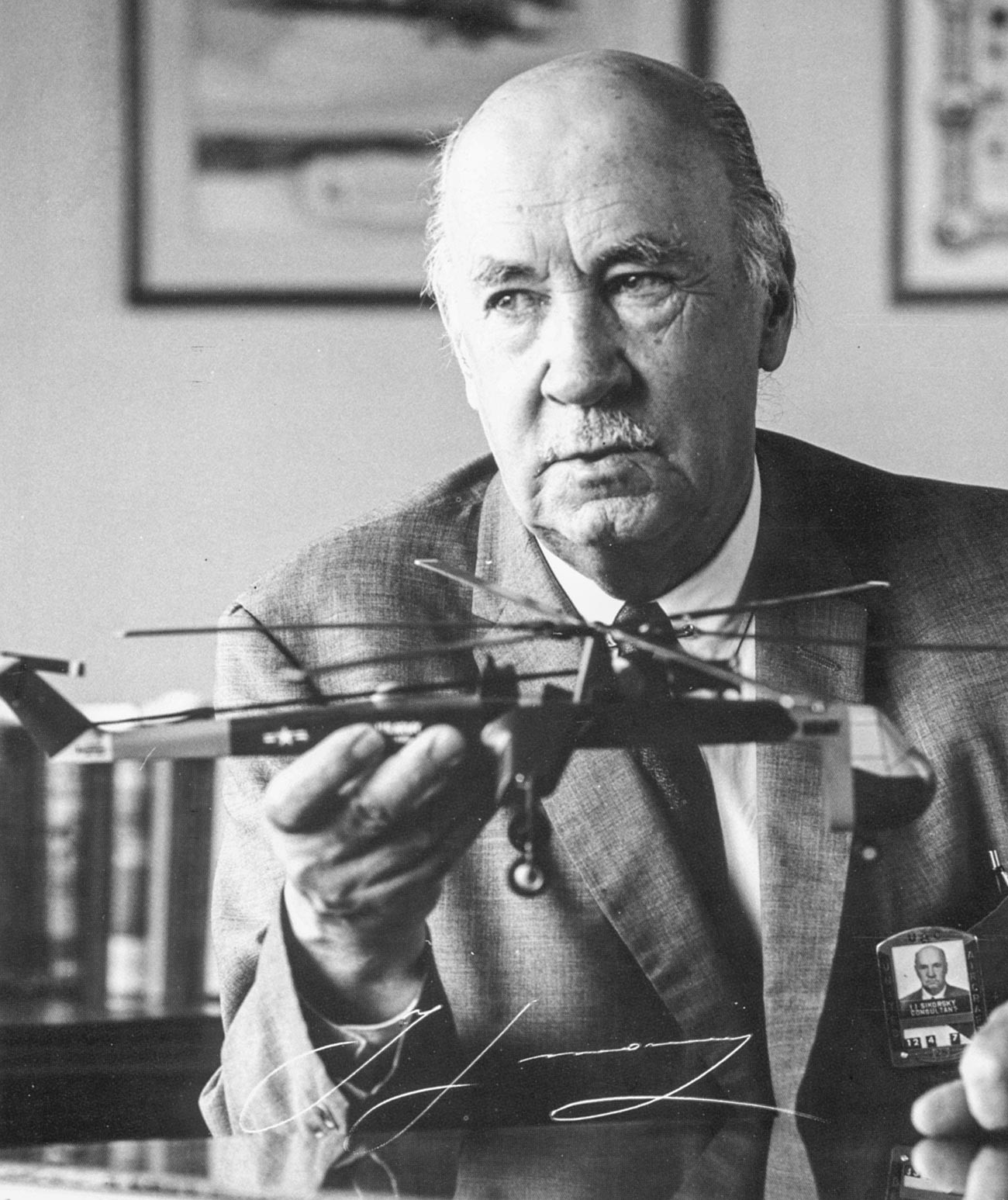 "In America, I found the confirmation of my hopes and came to understand the reason for the success of this country. Nothing can equal free work of free men," said Igor Sikorsky.

Click here to read a story of Viktor Sukhodrev, a Soviet Cold War interpreter who made friends with U.S. presidents.