The admiral who turned the Soviet Navy into a worthy rival to the U.S. 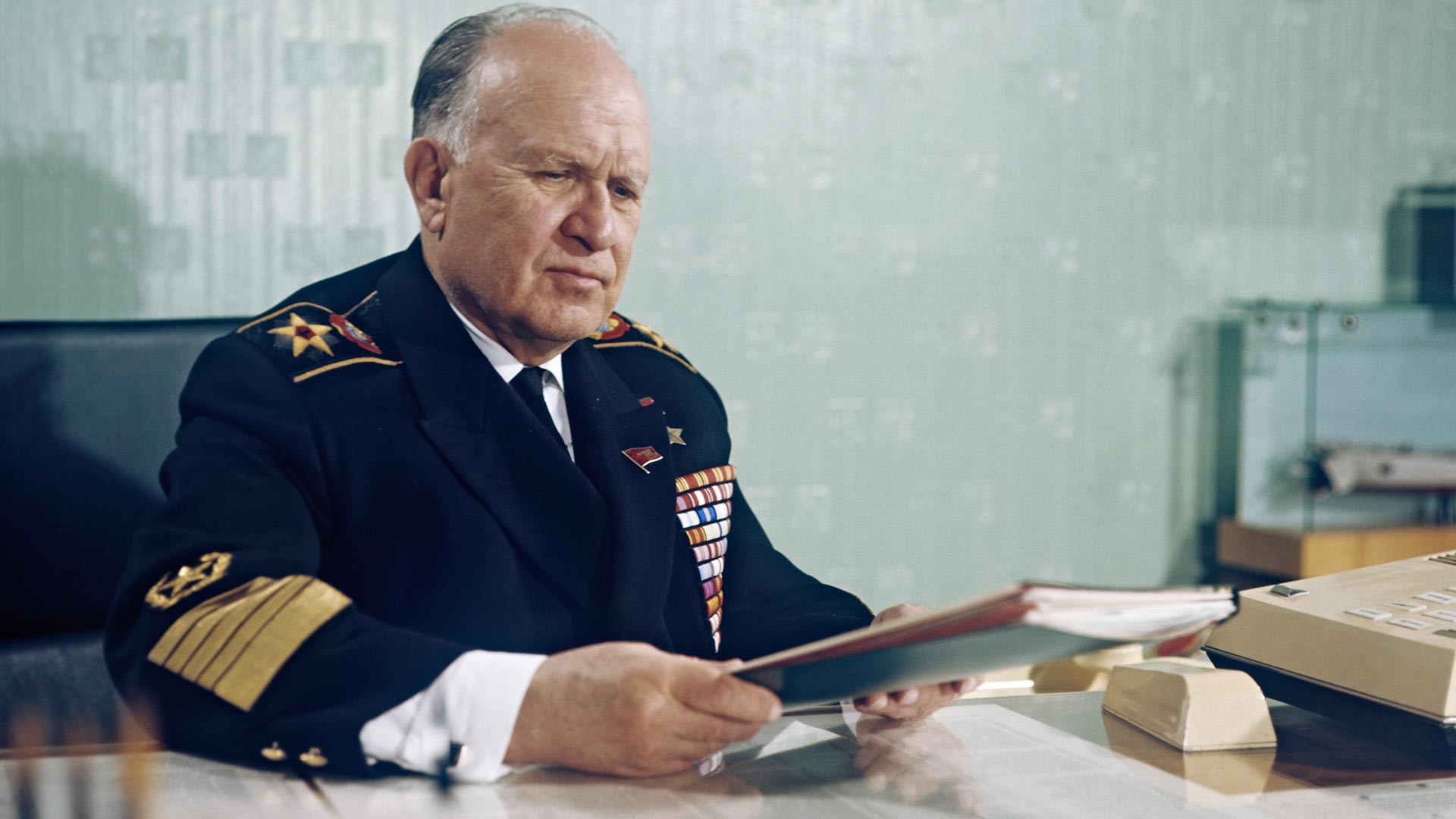 Michurin/Sputnik
Thanks to Sergey Gorshkov, the navy of the USSR, once fairly modest, began to command respect and fear among the world’s leading maritime powers.

“Admiral Sergey Gorshkov modernized the Soviet Navy by transitioning it from a backward coastal-defense force into an oceangoing navy, able to challenge the U.S. Navy for maritime supremacy,” military analyst James Holmes writes.

Before Gorshkov, the Americans were convinced that their standing at sea was unsinkable.

Into the world’s oceans

When, in 1956, Sergey Gorshkov took over as commander of the Soviet Navy, it was essentially “locked” inside its territorial waters. More than 80 percent of ships were assigned to coastal operations. 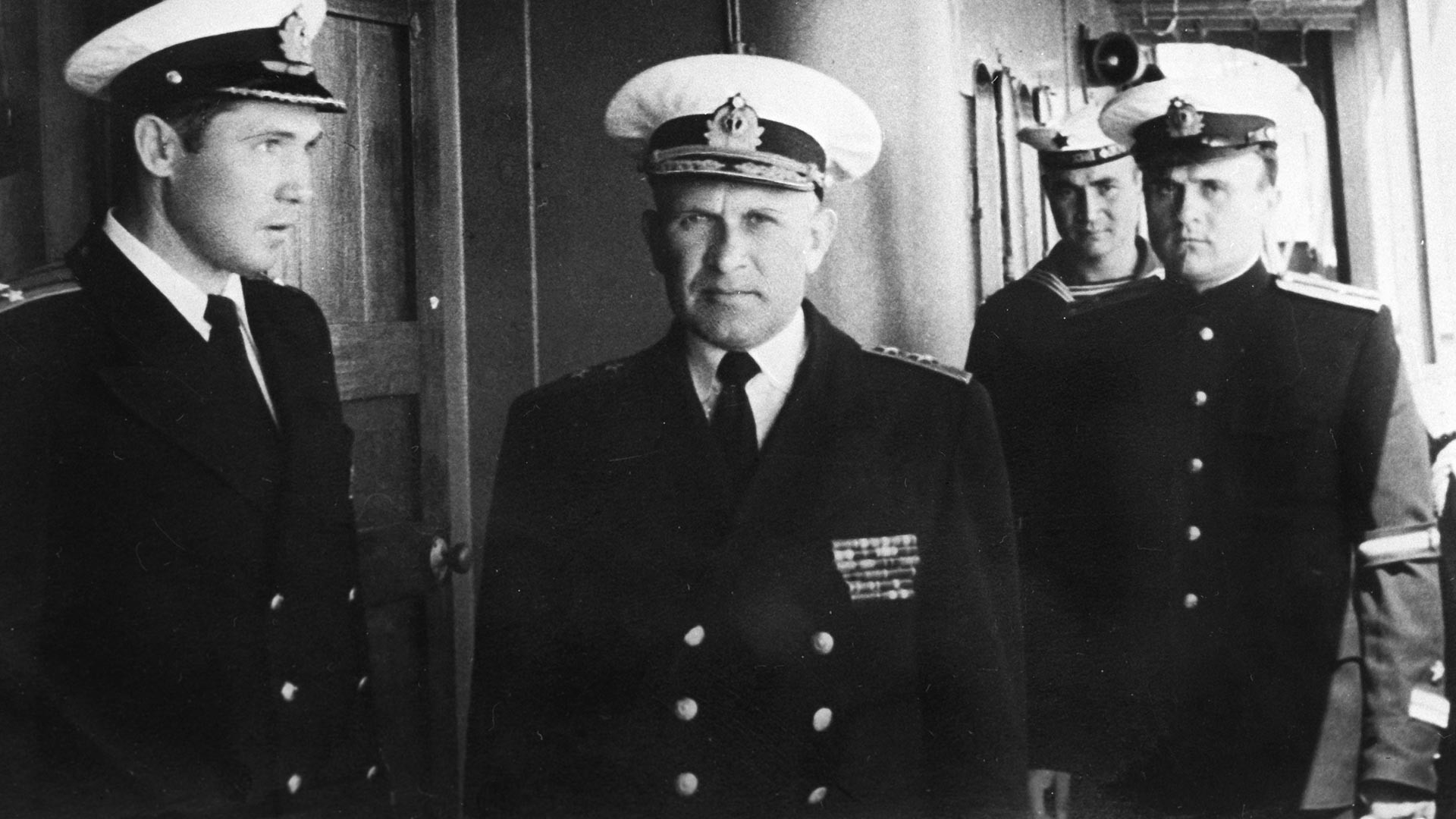 Admiral of the Fleet of the Soviet Union Sergey Gorshkov (C).

The new commander immediately set himself the task of taking the navy into the world’s oceans. Gorshkov didn’t share the traditional view prevailing in the country that Russia (the USSR) was a land power, in which the navy played a secondary role.

He did a lot to convince Soviet leadership to treat the navy more seriously. He developed especially good relations with Leonid Brezhnev, whom he had known since World War II. It was Brezhnev who broadly gave him the benefit of the doubt and freedom of action in matters to do with the maritime security of the state, and in the end it proved to be the right decision. 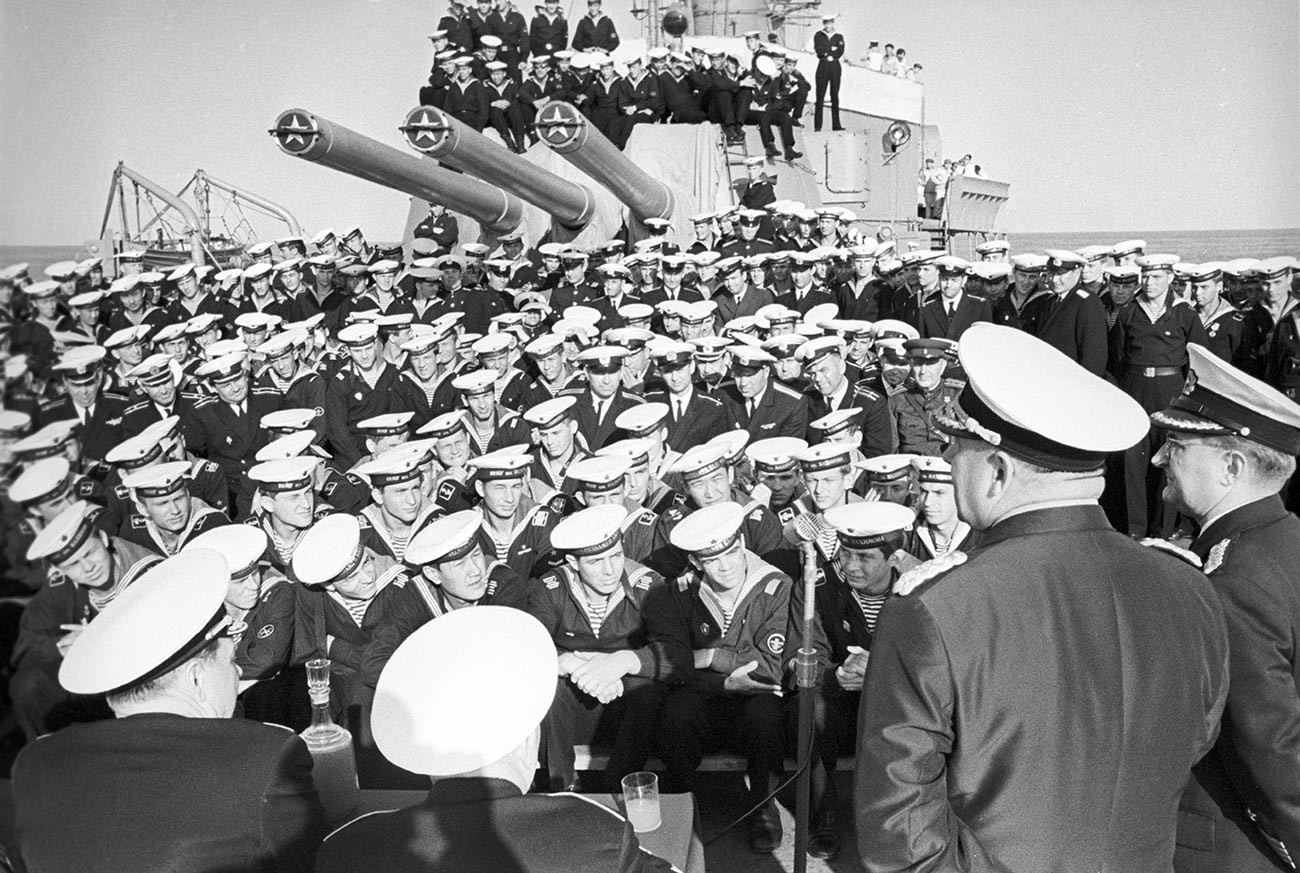 Friendship meeting on board of cruiser Kirov is at the time of Sever-68 naval maneuvers, 1968.

“The country and government, who understood the significance of the navy, received great benefits and advantages. Navies will play an even greater role as the world enters a new era - the era of exploration of ocean resources, a fierce struggle for the possession of which is already getting under way,” the admiral said.

Gorshkov went into every detail regarding the development of the country’s naval forces. On his watch, scientific research intensified, and new ships, naval aircraft and naval weapons were designed. The system of naval education in the Soviet Union received major support and the level of education and combat readiness of crews improved. 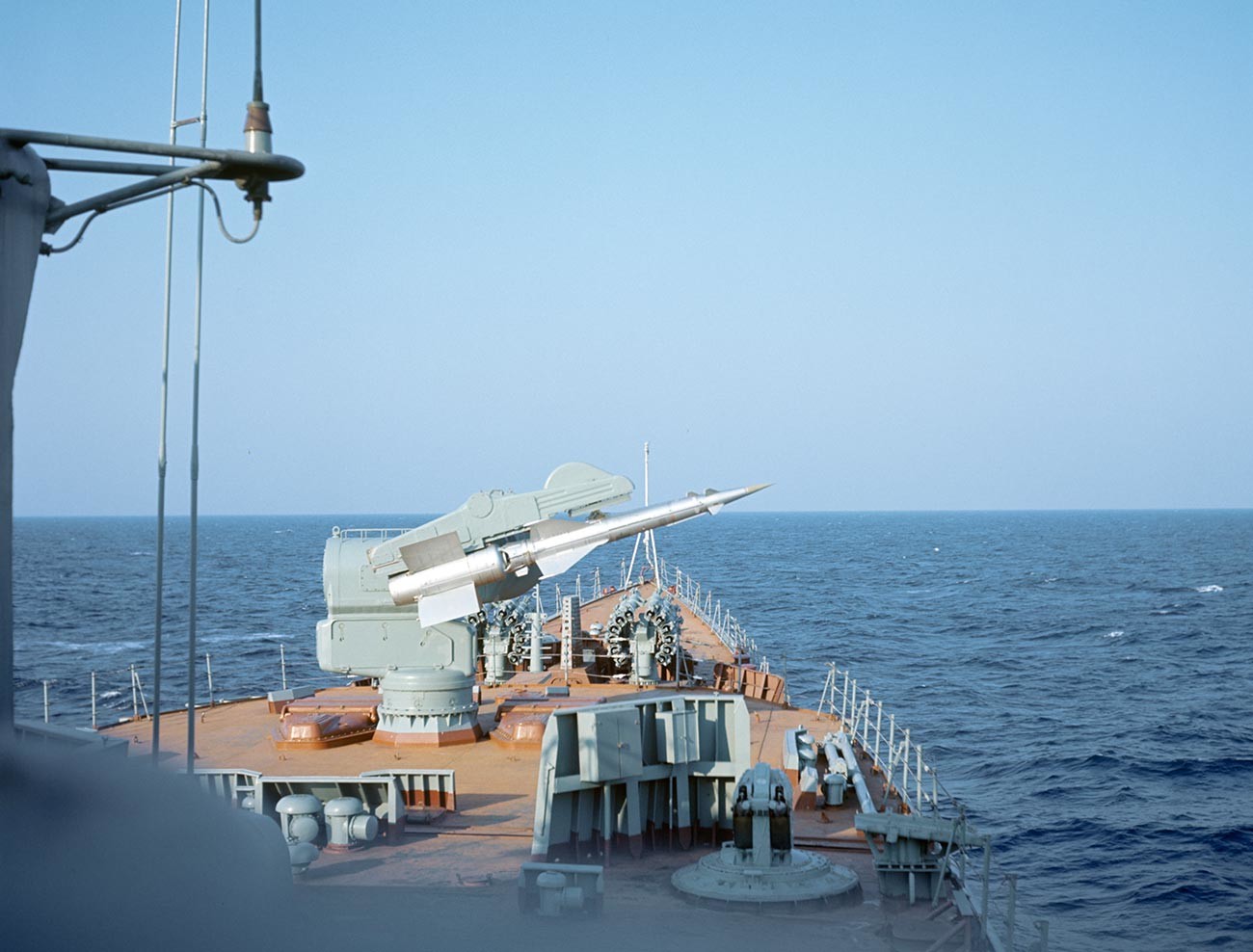 A missile mount on the deck of a Northern Fleet antisubmarine ship involved in the Okean-70 maneuvers.

The admiral didn’t sit around in comfortable offices. He constantly inspected design bureaus, shipbuilding yards and naval bases. Often Gorshkov personally took part in submarine tests that weren’t without risk to his own safety.

Modern types of weapons, ranging from guided-missile cruisers to fighter-bombers, were developed and brought into service to counter the Americans’ most effective weapon - aircraft-carrier strike groups. To make the most of the Soviet Union’s fighter-bombers, the construction of heavy aircraft-carrying cruisers, a completely new type of warship for the Soviet navy, began in the late 1960s. 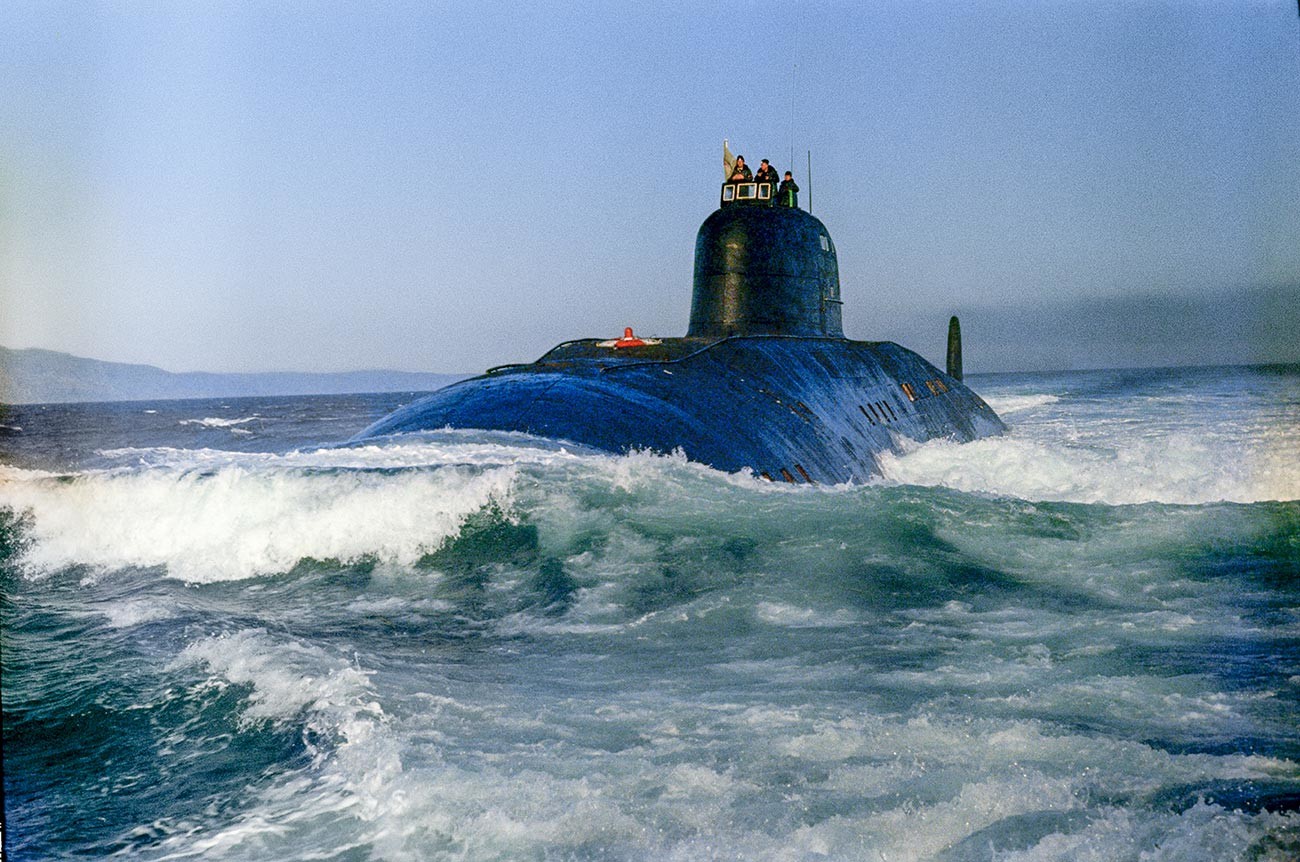 A particular merit of Gorshkov was the revival of the marine infantry in 1963, which had been thoughtlessly disbanded seven years earlier. All the fleets (Baltic, Black Sea, Pacific and Northern) were given adequate numbers of assault ships and landing craft. 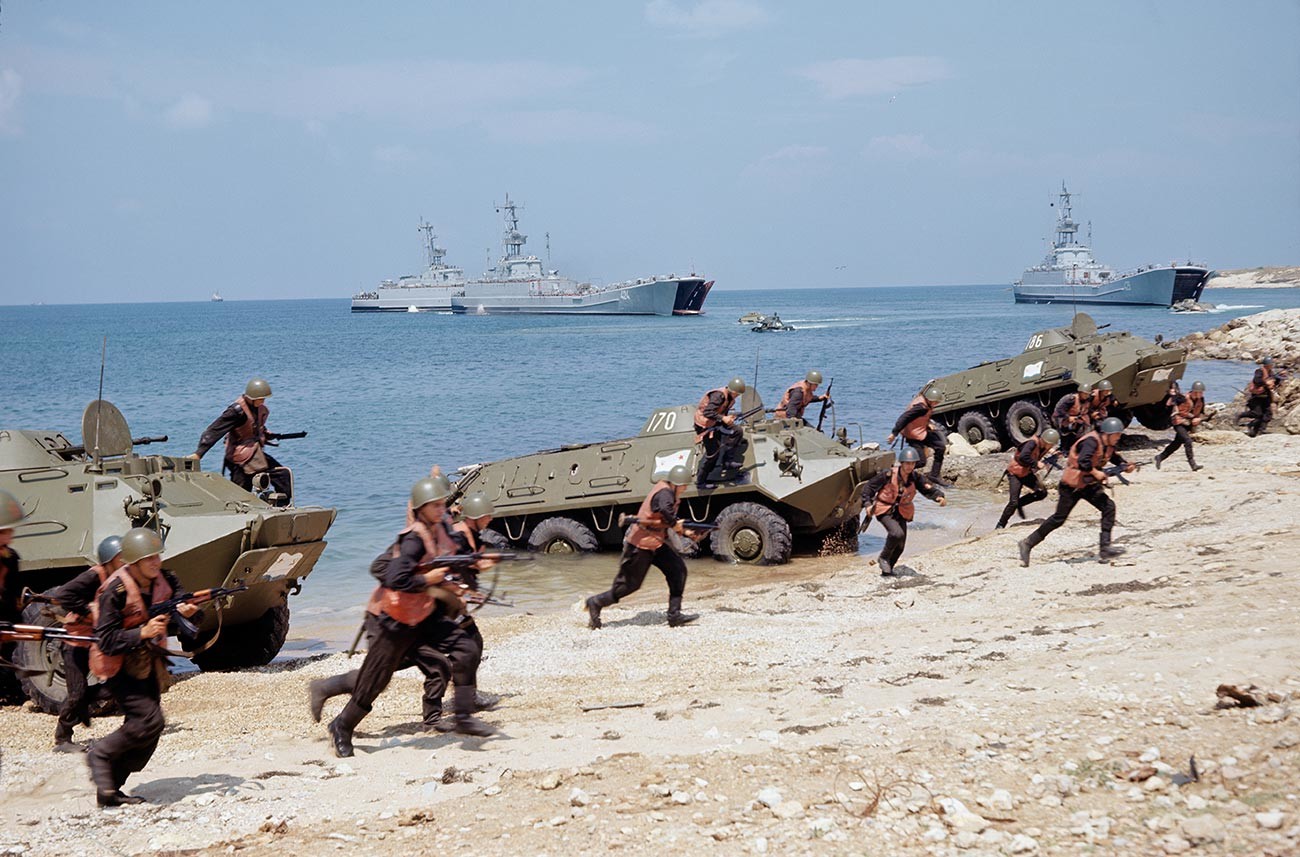 A vivid example of the admiral’s achievements was the ‘Ocean-70’ exercise. Forces from all four Soviet fleets took part in this, one of the biggest naval exercises in world history, which involved hundreds of ships, including nuclear submarines and 2,500 marine infantry, with over 400 tanks, armored personnel carriers and artillery weapons participating in the landing operations.

The equal of the Americans

In the so-called “Gorshkov era”, the USSR’s nuclear missile fleet became a regular “guest” in all parts of the world’s oceans. By 1985, with its more than 1,500 ships, it was ranked number two in the world in terms of numerical strength and combat potential, yielding only to the U.S. Navy. As Vice Admiral Ashot Sarkisov noted: “For the first time in history, the combat potential of our navy attained a level that enabled it to start countering the joint naval forces of the North Atlantic bloc in the world’s oceans in a real sense.” 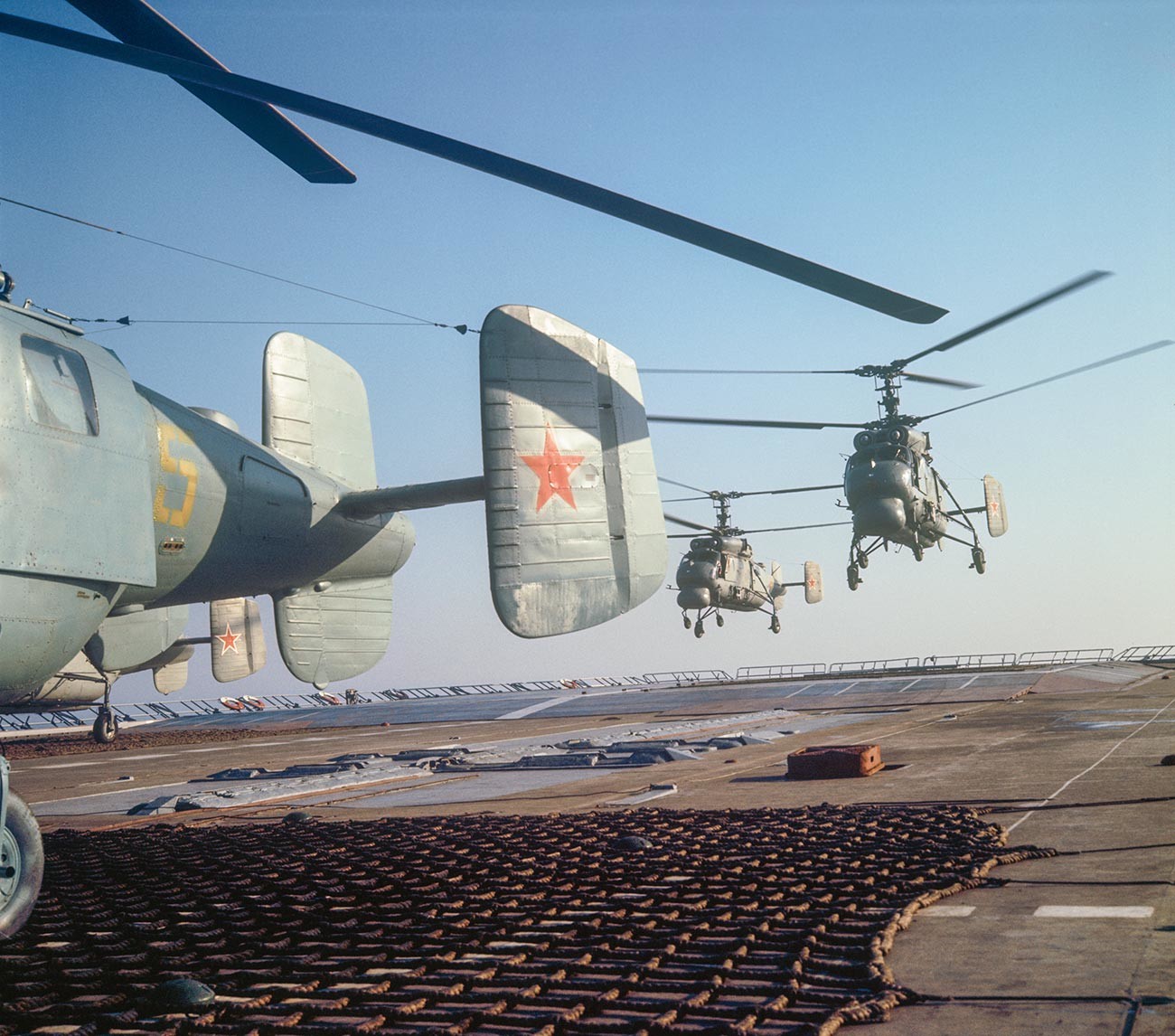 “He not only dispatched groups of ships to particular regions of the world’s oceans, but he also developed strategy… Under him, in a by and large land-based power, the navy became a key and all-powerful instrument of protecting national interests,” according to Konstantin Strelbitsky, chairman of the Moscow Navy History Club.

Under Sergey Gorshkov, the Soviet navy acquired a whole series of bases throughout the world, from Syria and Yemen to Cuba and Vietnam. This enabled it to extend its reach to the whole expanse of the world’s oceans like a spider’s web, leaving not a single “blind zone”. 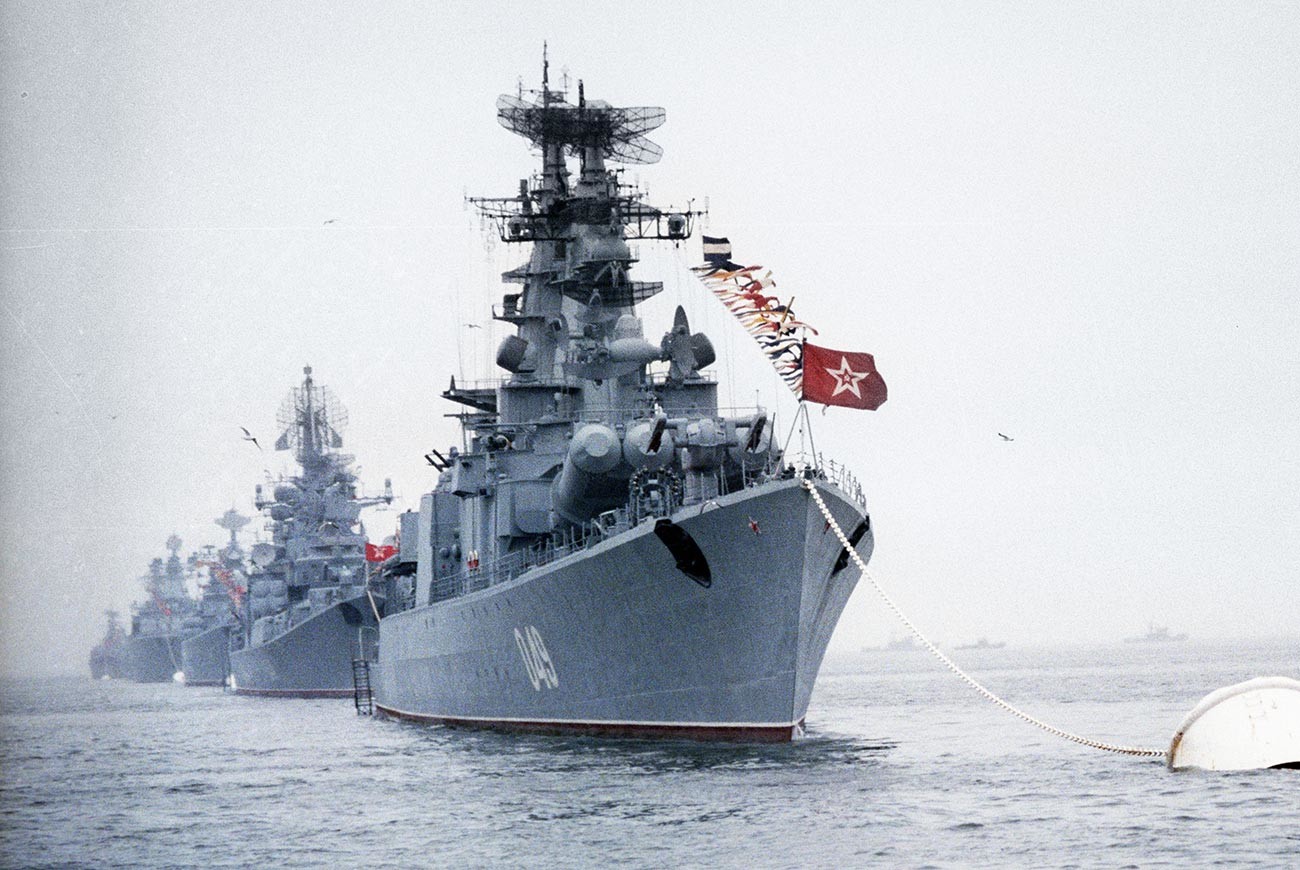 Celebration of the Soviet Navy Day in Vladivostok, 1986.

This expansion could not leave the world’s leading naval power indifferent and there was always enormous interest in the figure of Admiral Gorshkov in the U.S. In February 1968, he even featured on the cover of Time Magazine, the only Soviet naval figure to do so.

Sergey Gorshkov left more than 200 research papers and writings on naval theory and practice. One of his most outstanding works was the monograph, ‘The Sea Power of the State’. A classic of world geopolitics, it was published in several editions in the USSR, as well as being translated into many languages and published in more than 30 foreign countries. 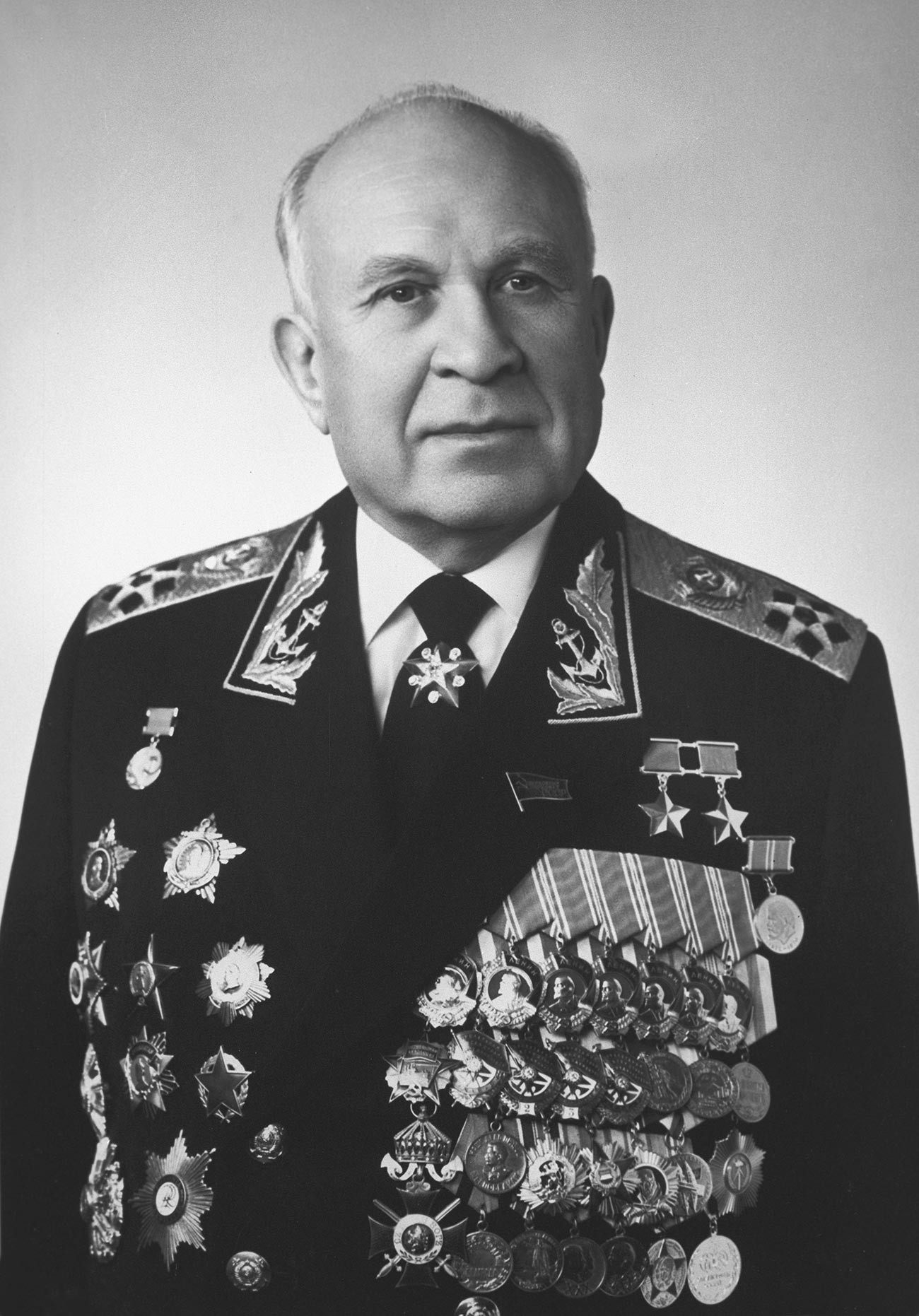 Admiral of the Fleet, Hero of the Soviet Union Sergey Gorshkov.

The Gorshkov era ended in 1985 with the retirement of the elderly Admiral of the Fleet of the Soviet Union. The celebrated navy chief died three years later without living to witness the difficult tribulations that befell his beloved creation in the wake of the collapse of the USSR.