When did Adolf Hitler visit the USSR? 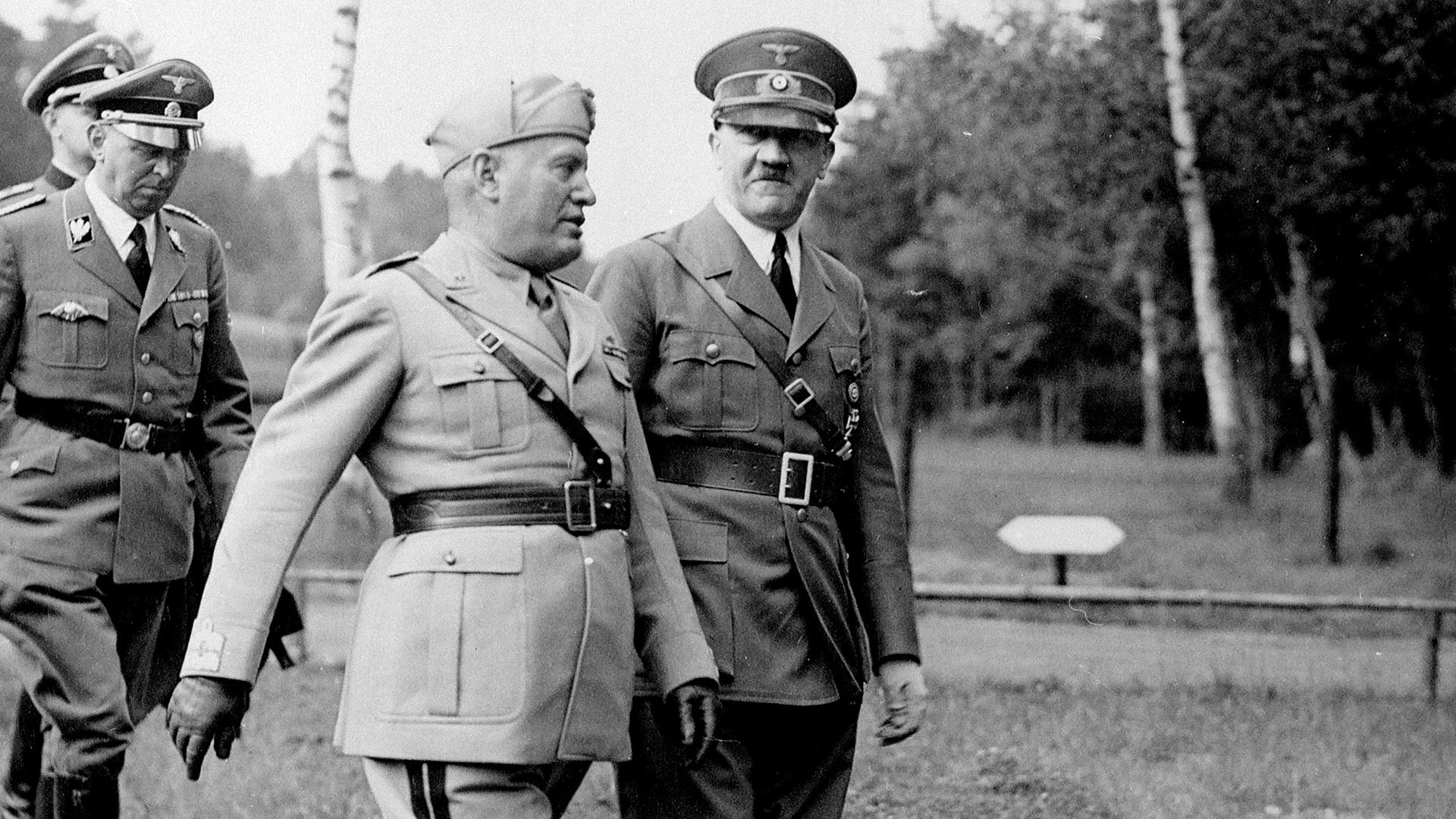 Getty Images
The Nazi leader not only flew to the occupied territories of the Soviet Union on short visits, but lived there for months on end. 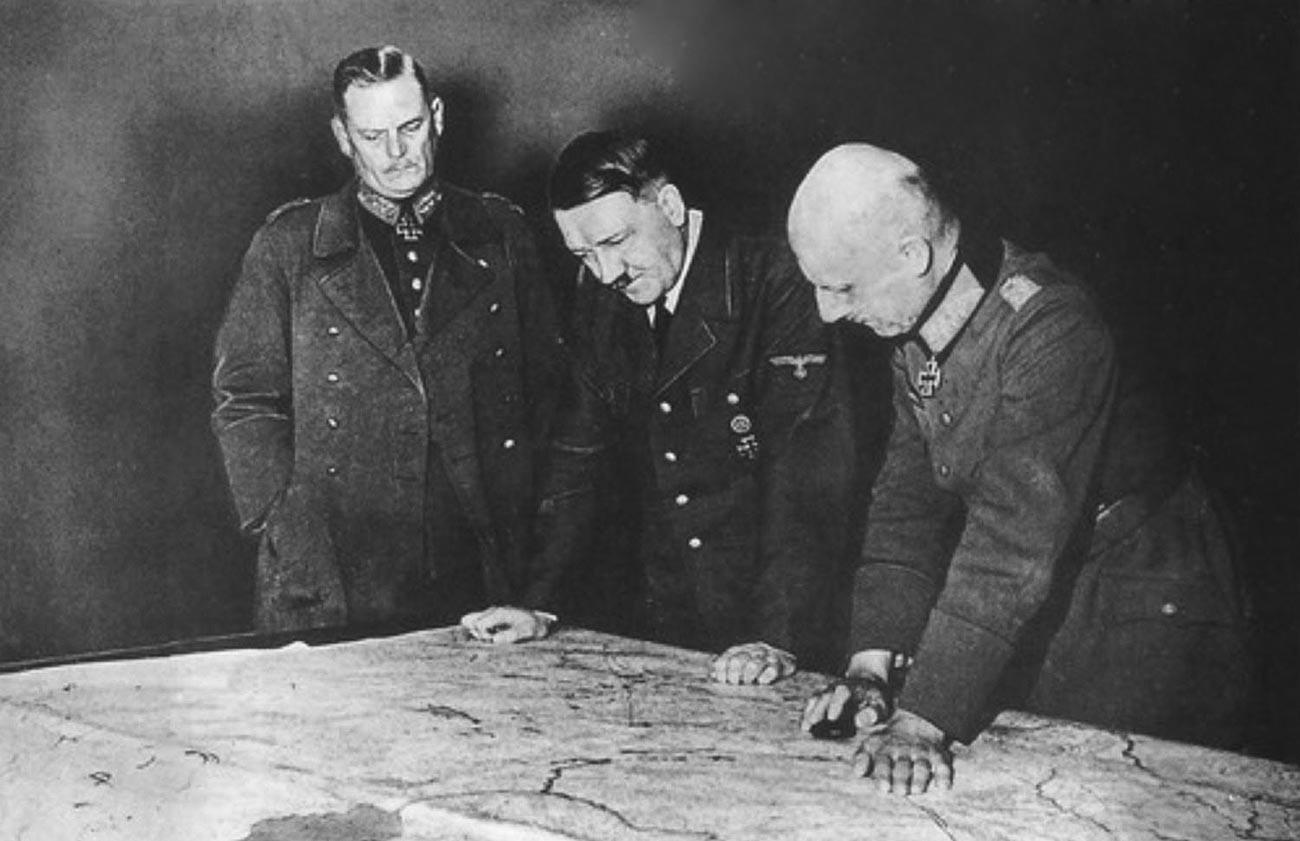 Almost a month after the start of Operation Barbarossa, Adolf Hitler flew to the occupied Latvian Soviet Socialist Republic. Here, inside an agricultural school in the village of Malnava in eastern Latvia, was the headquarters of the commander of Army Group North, Field Marshal Wilhelm von Leeb. 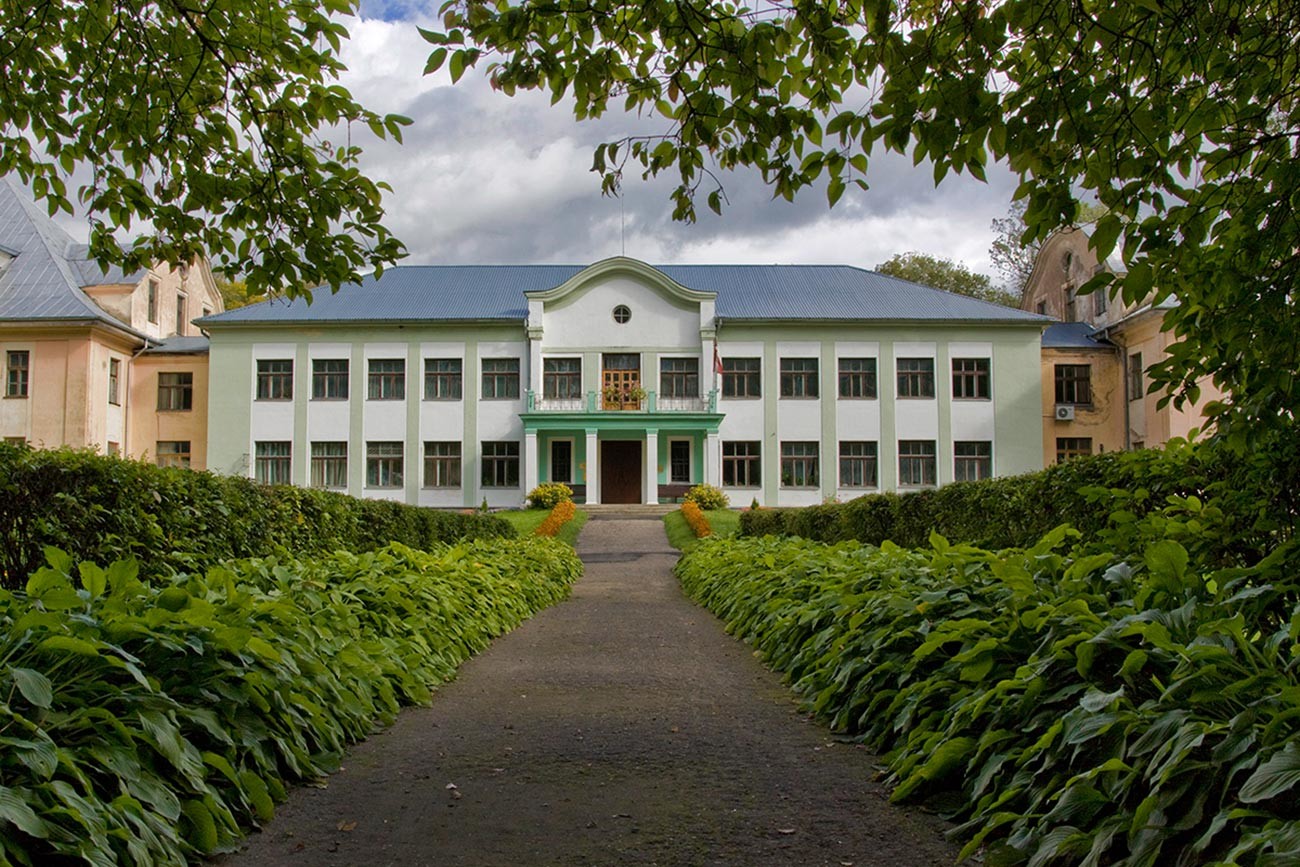 The Fuhrer spent around five hours in Malnava, discussing the war situation with von Leeb and the further offensive on Leningrad. “In the morning, I noticed a huge security presence outside my window,” recalled local resident Viesturs Skidra: “There were soldiers every ten paces. Someone joked that Hitler would appear. And he did!” 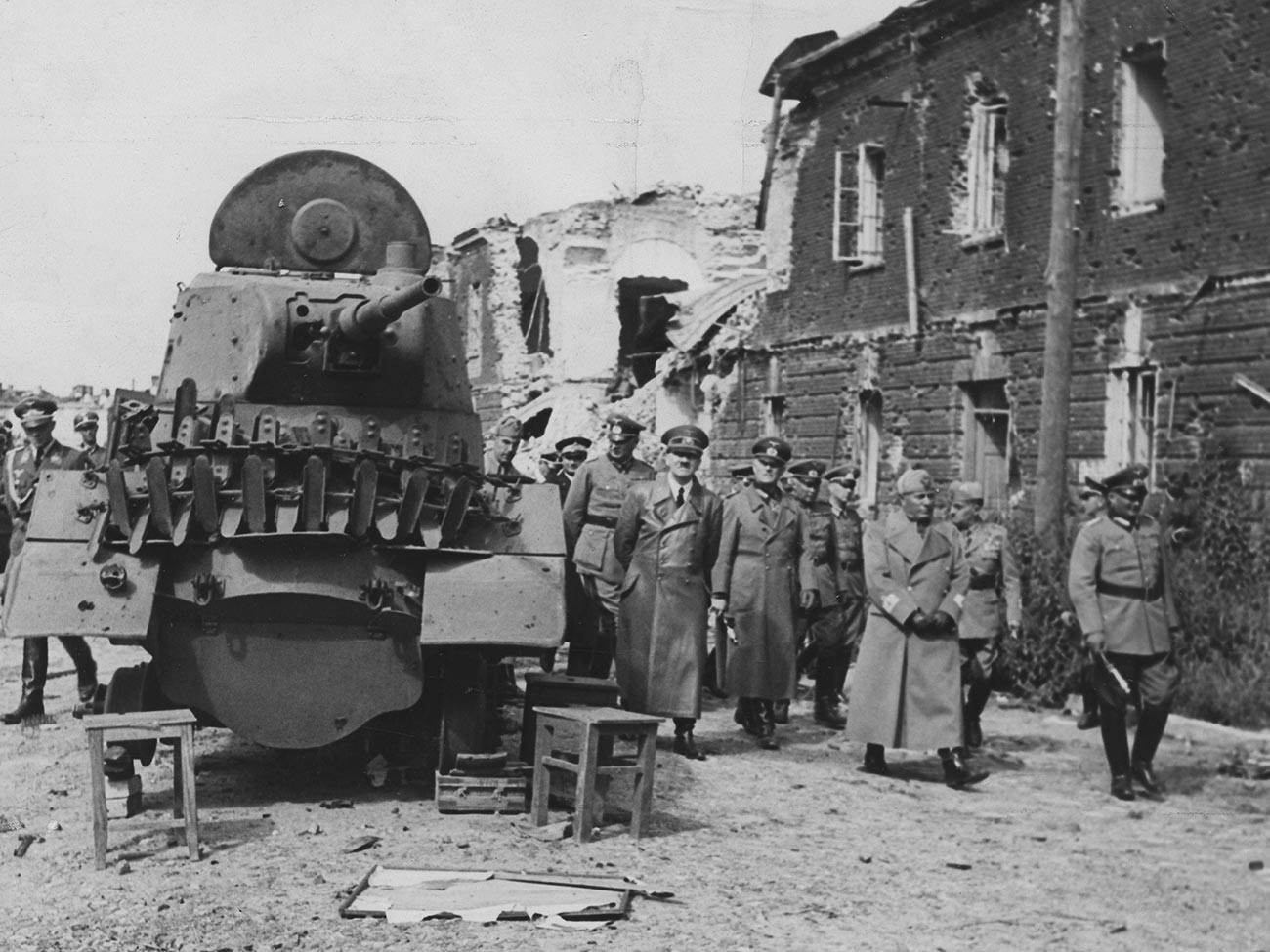 On August 26, 1941, Adolf Hitler, accompanied by Italian leader Benito Mussolini, visited Brest Fortress bordering the Reich in western Belarus. It was here that the Wehrmacht suffered its first appreciable losses, having encountered unexpectedly fierce resistance from the Red Army.

The Fuhrer decided to personally investigate what had happened, and at the same time to demonstrate to Il Duce that the might of the German armies was capable of smashing the desperate heroism of the Russians. The two dictators were accompanied by Luftwaffe Commander Hermann Goering, Foreign Minister Joachim von Ribbentrop, and Chief of the General Staff of the Italian Armed Forces Ugo Cavallero. 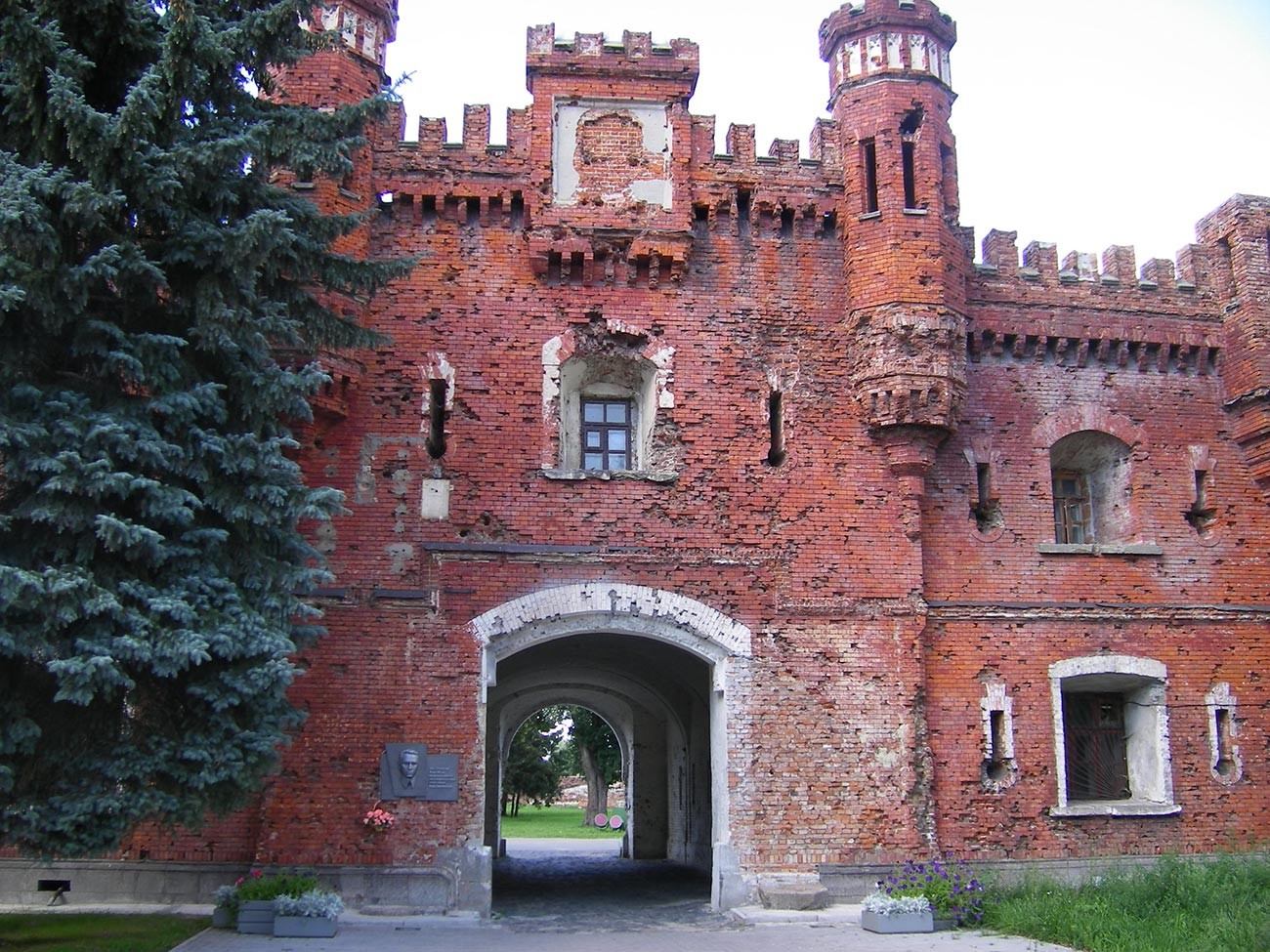 Although the Germans seized the fortress in the first few days of the war, the resistance of the scattered Soviet units continued well into July. For Hitler's visit, the entire territory was raked with a fine-tooth comb to avoid unpleasant surprises. In addition, the fortress was cordoned off by an SS battalion from Hitler's personal guard, which did not even let German military personnel through, never mind civilians.

Curiously, while the Third Reich leaders were studying the heroism of the Soviet soldiers at Brest, no one in the USSR itself knew anything about it. They learned about the exploits of the fortress defenders only in February 1942, when the Red Army captured the archive of the Oryol-based headquarters of the Wehrmacht’s defeated 45th Infantry Division, which had taken part in the assault. 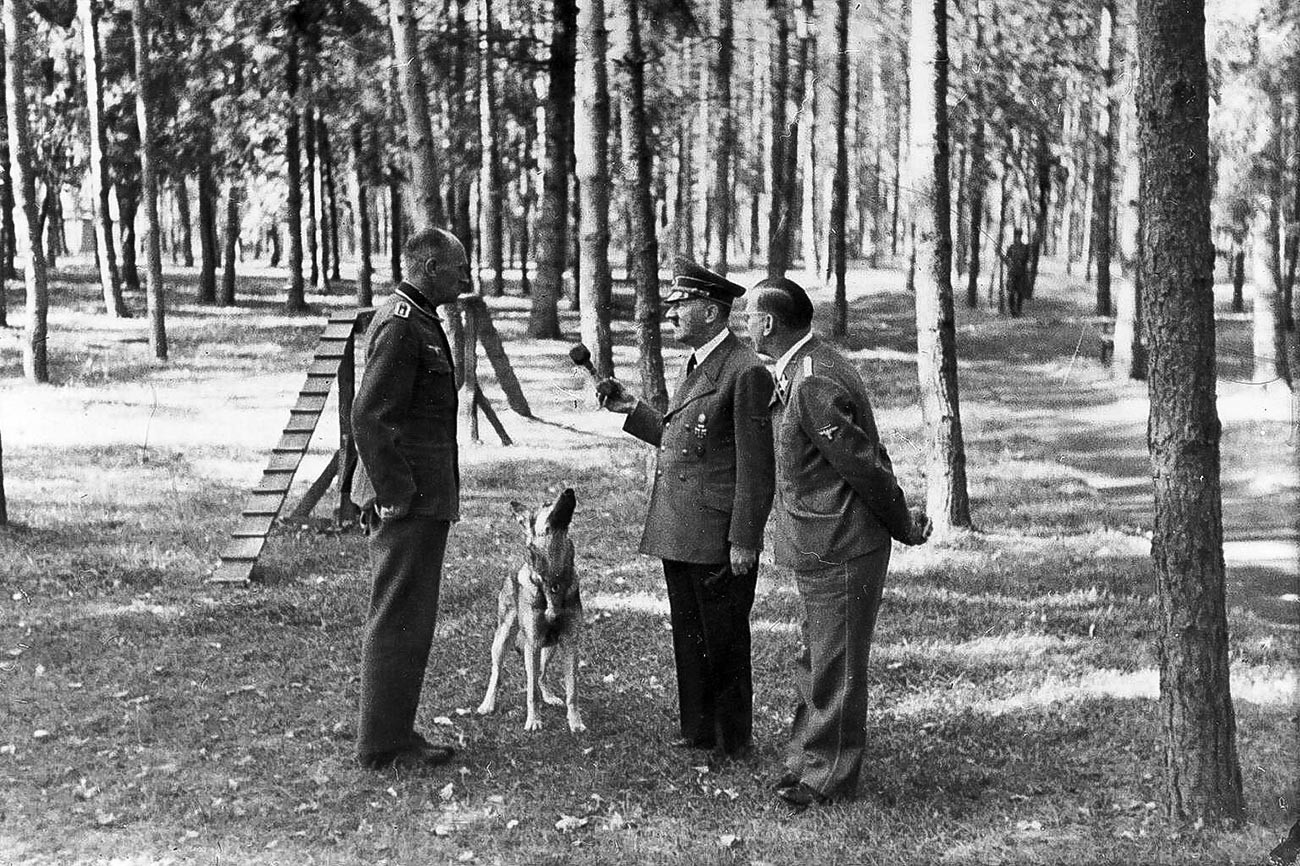 Not all of Hitler’s visits to the occupied Soviet territories were short. For longer stays, several command posts were purpose-built. Collectively, these were known as the Führerhauptquartier (Fuhrer Headquarters).

The Werwolf (Werewolf) bunker was constructed in a forest near the city of Vinnytsia in central Ukraine, and consisted of three reinforced concrete bunkers and 81 ground structures. Besides a power station, there were two radiotelegraph stations, a canteen for the high command, military barracks, and even a cinema, swimming pool, and casino. 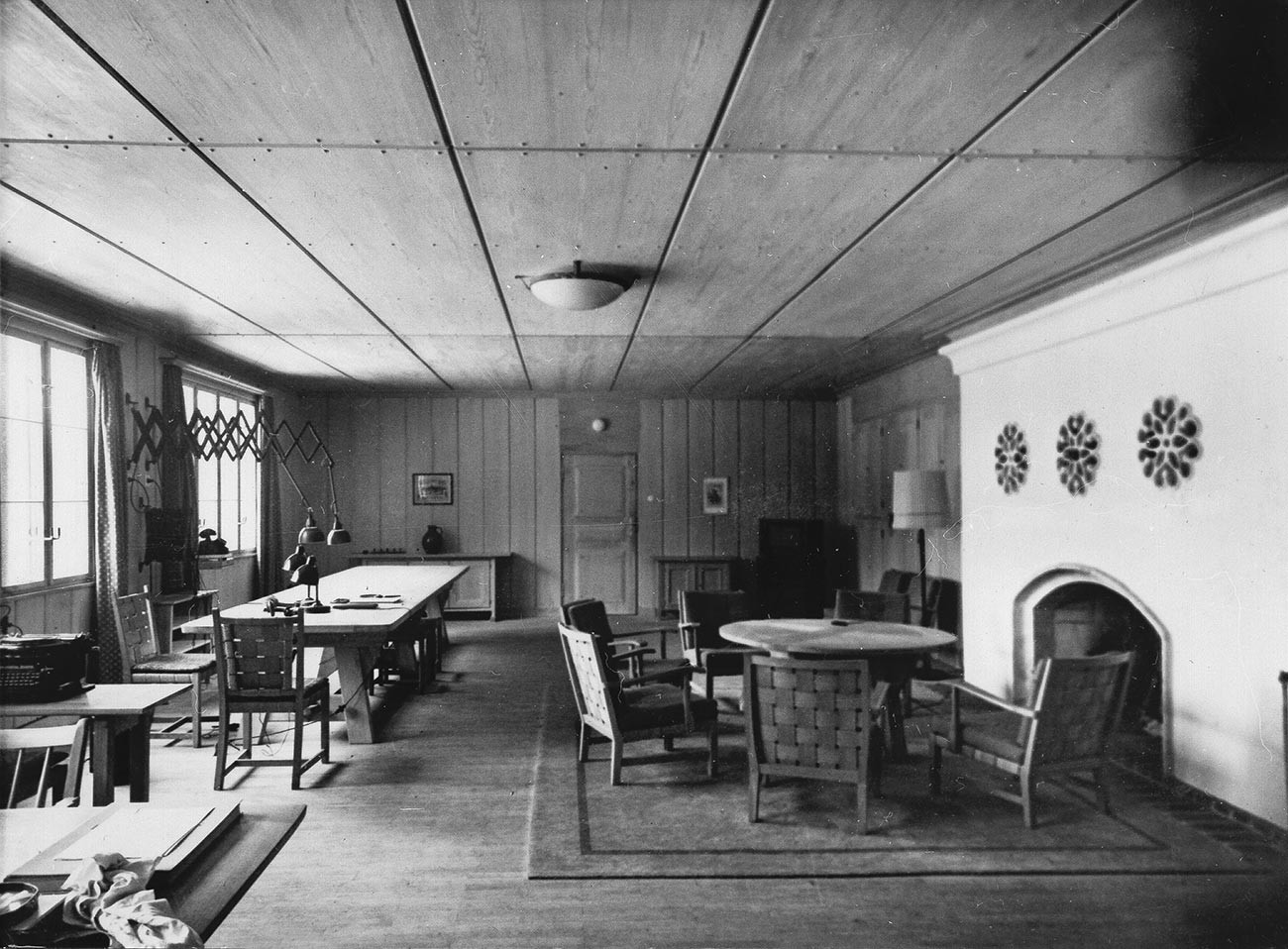 Like all of Hitler's bunkers,Werwolf was well-protected by rows of barbed wire, pillboxes, minefields, artillery, anti-aircraft guns, and fighters stationed at a nearby airfield. The partisans operating in the nearby forest were aware of the significance of Werwolf, but powerless to take it out.

Hitler spent a total of 138 days at his headquarters in Ukraine: from July to October 1942, and in February-March and August-September 1943. It was here that the fateful decisions to attack Stalingrad, the Caucasus, and Kursk were taken, which ultimately determined the outcome of WWII. 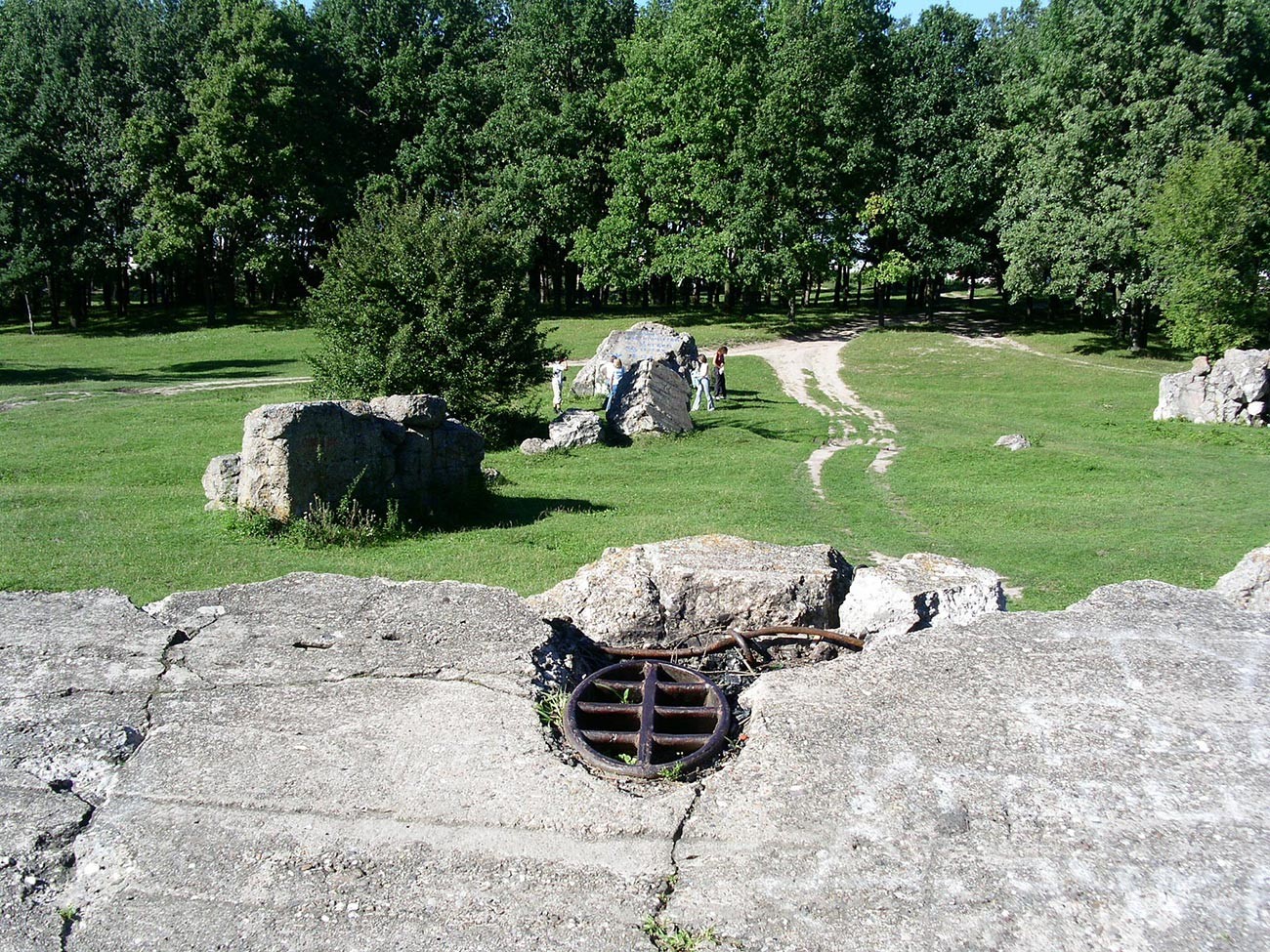 When in September 1943 the Red Army began to cross the Dnieper River, Hitler left Werwolf. The bunker was transferred to the commander of Army Group South, Field Marshal Erich von Manstein, who remained there until the end of the year. In March 1944, the complex was blown up. 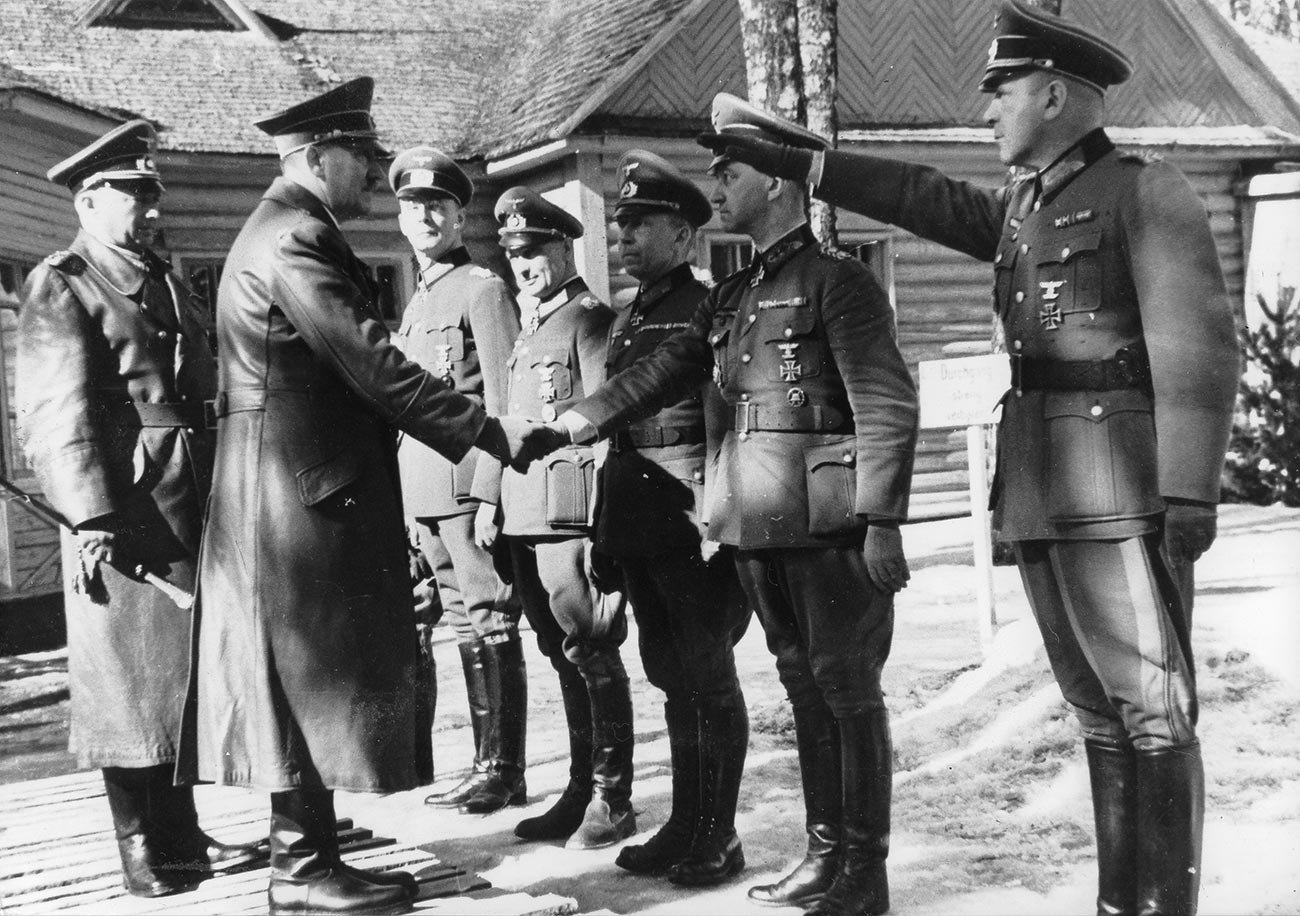 The more modestly sized Bärenhöhle (Bear's Lair) at Smolensk received Hitler only twice: in November 1941 and March 13, 1943. It is a little-known fact that on that March visit, one of the participants in the conspiracy against the Fuhrer, Major General Henning von Treskow, planted a bomb on his plane, but the explosive device failed.

Most of the time, Bärenhöhle was used by the command of Army Group Center. In the fall of 1943, a month before the arrival of Soviet troops, it was abandoned, but for some reason not blown up. The NKVD special units that arrived there immediately after the liberation of Smolensk flooded the bunker and concreted up the entrances. 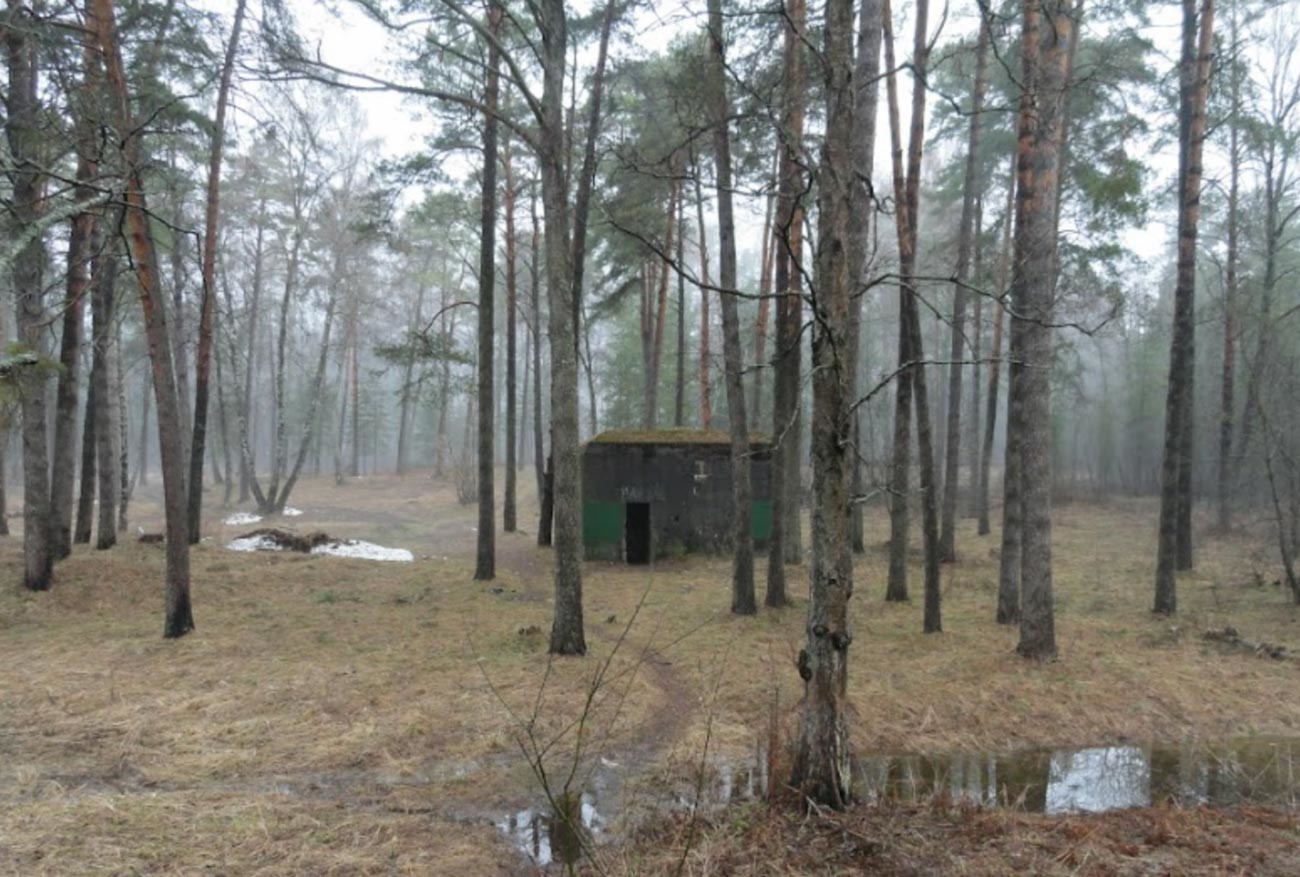 In the occupied Soviet territories, besidesWerwolf and Bärenhöhle, there was theWasserburg (Water Castle) bunker near Pskov. Hitler never visited it, and it was used exclusively by the German military command.