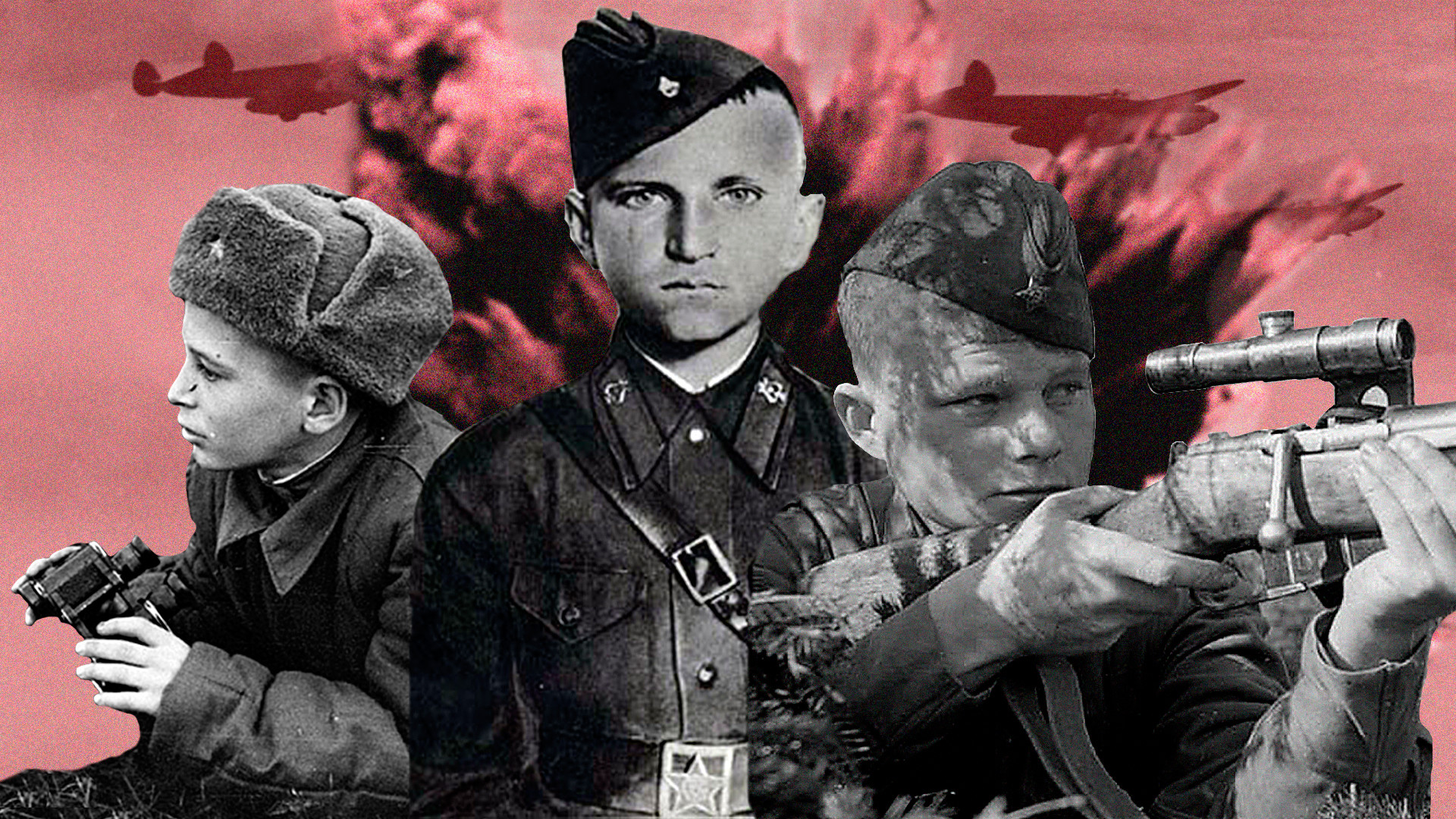 Public Domain; Arkady Shaikhet; Ivan Shagin/МАММ/МDF
These children defended Stalingrad, flew warplanes, were some of the best snipers in the Red Army, with a few even receiving the title of Hero of the Soviet Union, the highest military decoration in the country.

In the war of annihilation that Adolf Hitler unleashed against the USSR, the fight against the Nazis involved almost everyone: men, women, elderly people and even children. Furthermore, children were in no way inferior to adults in this fighting. Tens of thousands of minors joined the resistance movement and the regular army, while thousands were awarded various military decorations and several even became Heroes of the Soviet Union. 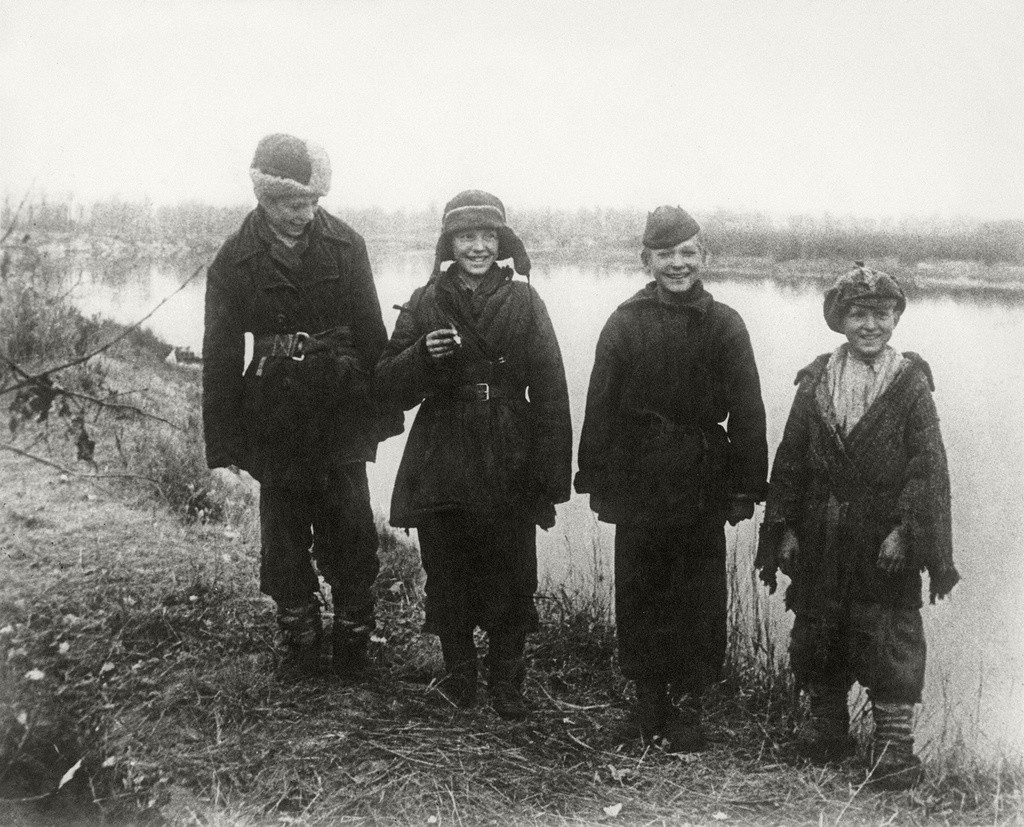 Obviously, children were not mobilized into the Red Army (the enlistment age was 18, although some managed to get enlisted at the age of 17). Teenage boys often ran away from home to fight at the front, but the surest way for a minor to become a soldier was to become an orphan, which was not uncommon given how fierce the fighting on the Eastern Front was. Often, Red Army units, having picked up a child that had run away from home or had been left without parents, did not send him to the home front, but adopted him into their care as a so-called “son of the regiment”. In the navy, they were called cabin boys and there were many of them among the children of killed sailors. 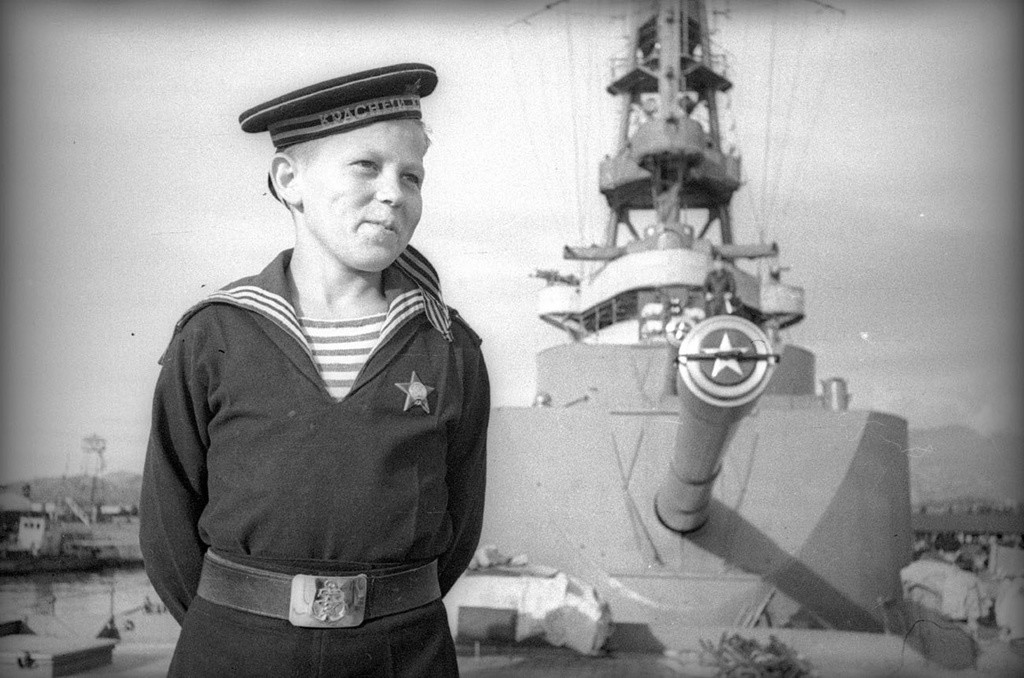 For the most part, the “sons of the regiment” performed household duties at the front. They were not always included on the list of a military unit’s personnel, but if they were, they could be issued with an allowance, a uniform and even a weapon. Some of them also took part in hostilities. 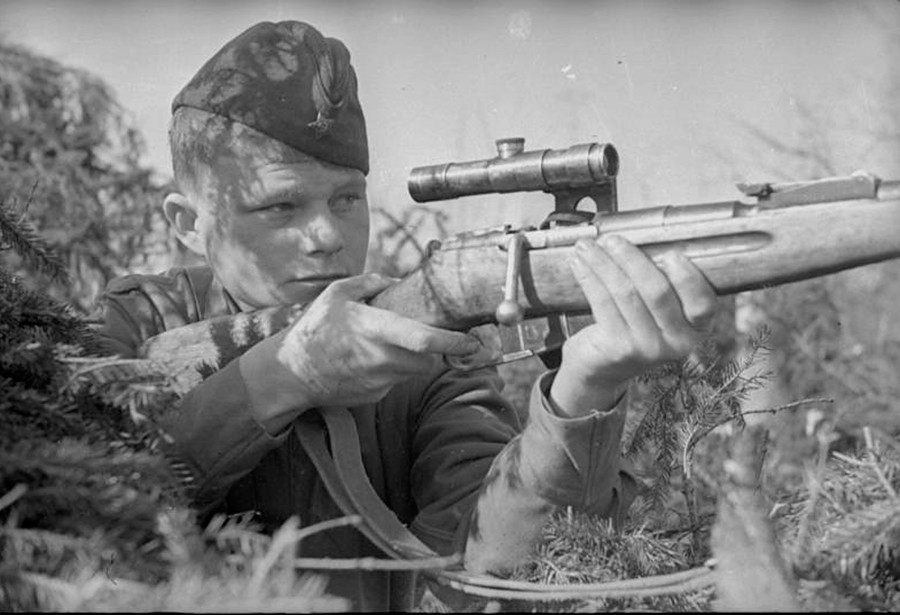 Fourteen-year-old Pyotr Klypa was a pupil in a music platoon of the 6th Rifle Division, which at the time of the German invasion was stationed right on the border, within the Brest fortress. At the beginning of the war, Pyotr joined one of the combat units, performed the functions of a signalman, made reconnaissance sorties to enemy positions, obtained water and medicines, which were badly needed by soldiers, and even discovered an intact ammunition depot, which helped the defenders of the fortress to last a bit longer. In early July, Klypa and several soldiers managed to escape from the fortress, but they were soon captured. Pyotr, who was taken to Germany as a forced laborer, was released only in 1945. 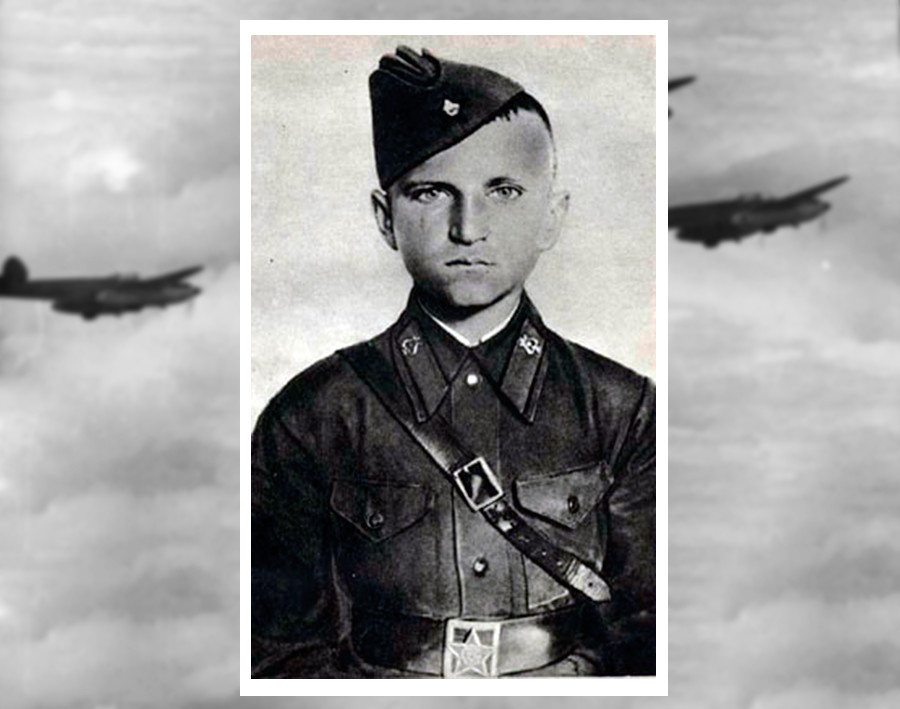 In October 1941, sixteen-year-old Vasily Kurka joined the Red Army units retreating from Mariupol and asked to be enlisted in the 395th Infantry Division. Given his young age, Vasily was not sent to the frontline, but was kept in the rear services. Having learnt that soldiers were being recruited for sniper training, he convinced his commanding officers to give him a chance. It turned out that Kurka was a born sniper. He rose to the rank of a junior lieutenant, became the commander of a sniper platoon and even a sniper school instructor. Before he was killed in January 1945 fighting for Poland, Vasily had shot 179 enemy soldiers and officers, making it one of the best sniper records in the Red Army. 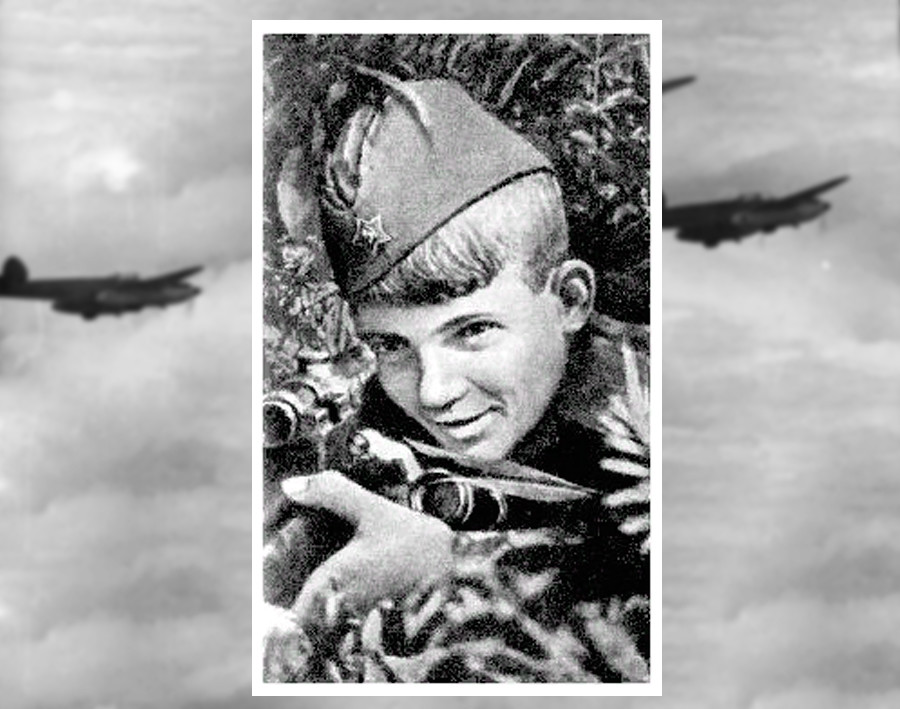 The father of thirteen-year-old Ivan Gerasimov was killed at the very start of the war, while his mother and sisters, as he thought, had burned alive in their house during a bombing raid (after the war, it turned out that they had survived). So, young Ivan joined an artillery regiment of the 112th Infantry Division, where he served as an assistant cook and then as an ammunition carrier. During the fight for Stalingrad in late 1942, Gerasimov, after all his fellow crew members were killed, picked up someone’s assault rifle and started firing at the enemy. When his right hand was blown off and his left elbow was shattered, he, clutching an anti-tank grenade with his stumps, pulled out the pin with his teeth and threw himself under a German tank, blowing it up together with himself. 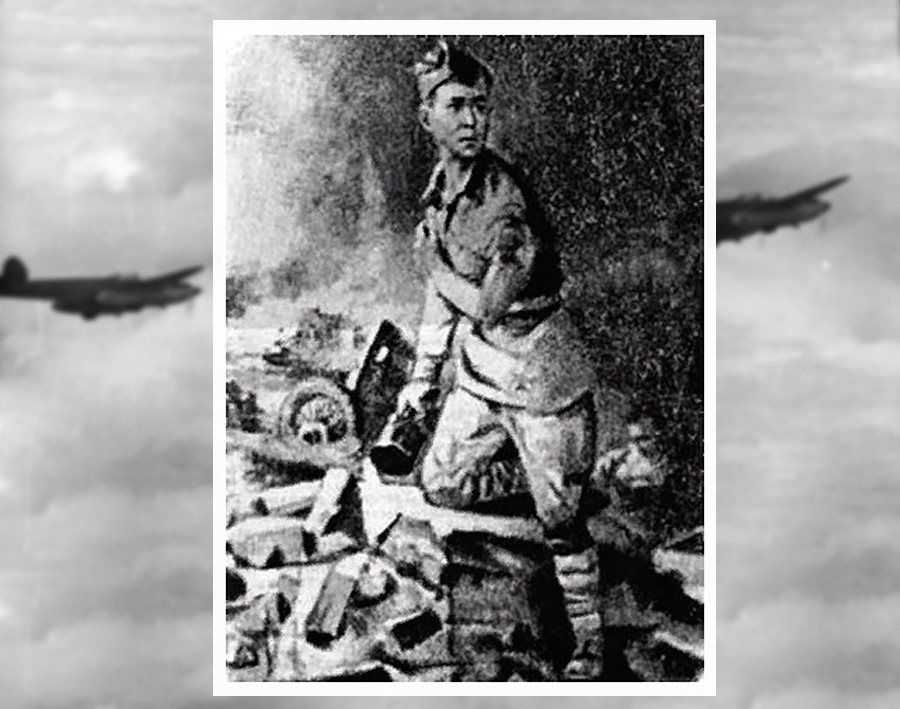 Five-year-old Sergei Aleshkov (Aleshkin) became an orphan after his elder brother and mother were executed by the Germans in the fall of 1941 for participating in the resistance movement (his father had died before the war). The lost and emaciated child was found by scouts from the 142nd Guards Rifle Regiment, whose commander decided to adopt the boy. The youngest “son of the regiment” in the history of World War II earned his medal “For Battle Merit” in November 1942 in Stalingrad. Heavy artillery shelling caused the commander’s dugout to cave in. Under enemy fire, the six-year-old boy fetched help and himself took part in digging up the dugout, thus saving the life of his adoptive father. 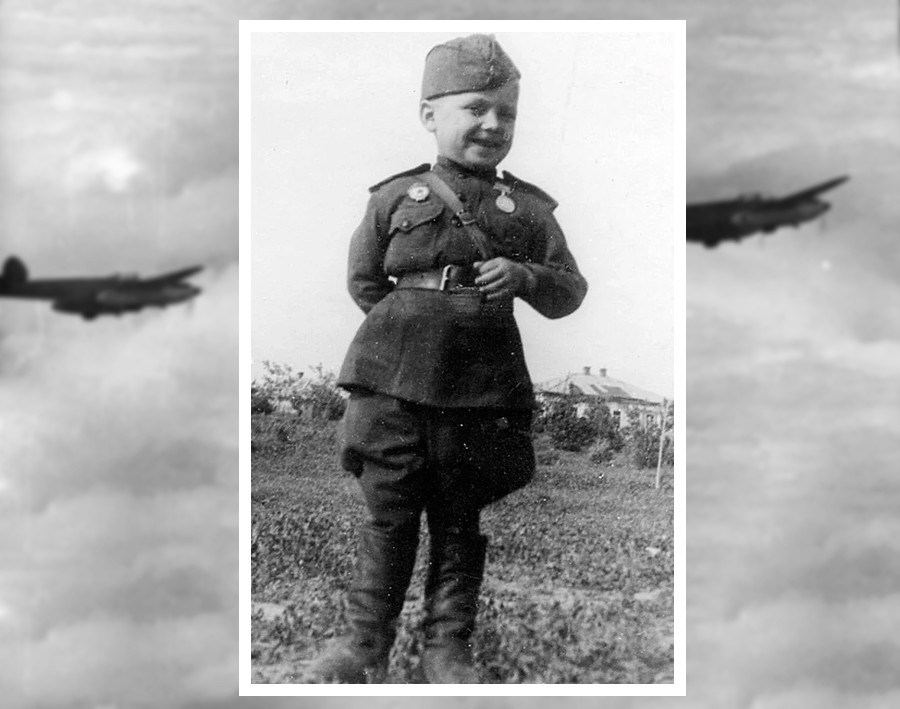 Not all the children who ended up on the frontline were orphans or runaways. Sometimes their parents, when going to the front, took them with them. Thus, in April 1943, fourteen-year-old Arkady Kamanin joined the 5th Assault Aviation Corps commanded by his father. After serving for several months as a flight mechanic and a navigator/observer, he performed his first flight as the pilot of a U-2 aircraft. Having enlisted in a communications air squadron, Arkady Kamanin became the youngest Soviet pilot in World War II. Unfortunately, having survived the war, he died of meningitis in 1947. He was just 18. 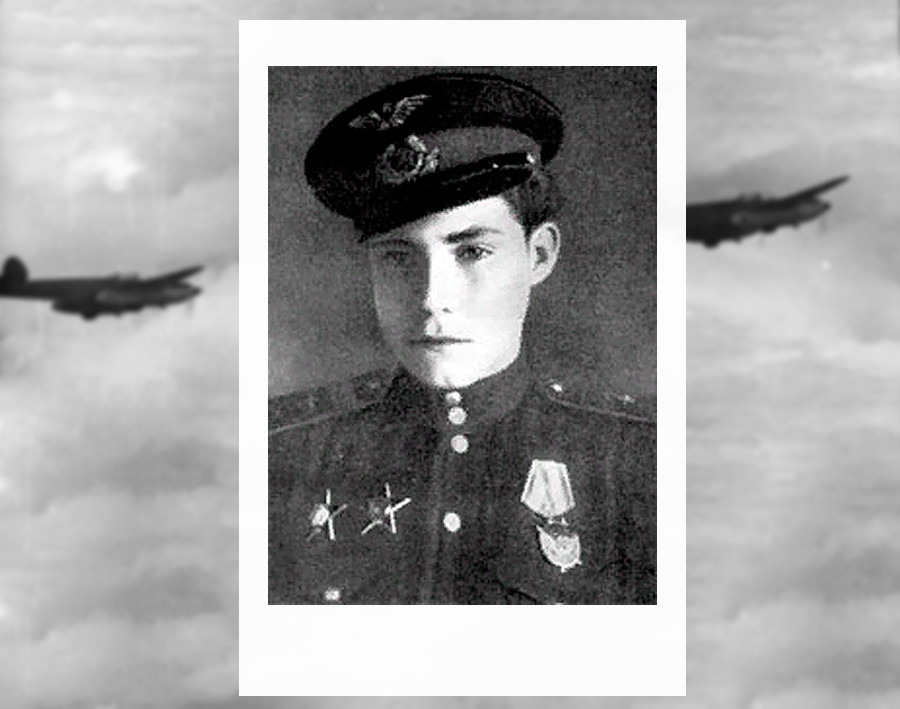 If the Red Army had thousands of minors serving in it, the resistance movement had tens of thousands. For youngsters, it was much easier to join the partisans than a military unit, which had to comply with certain regulations and whose commanders could face unpleasant consequences if it became known that they had teenagers on the frontline. Furthermore, from a military unit, children could be sent away from the frontline and deep into the country, whereas for partisan detachments fighting in occupied territories that option simply did not exist. 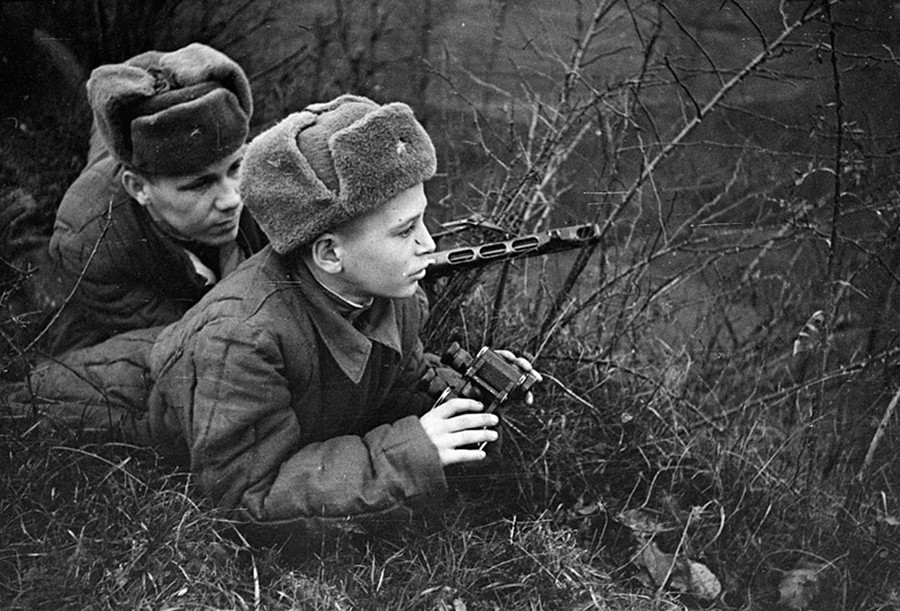 Some of the young partisans achieved the highest military decoration, the title of ‘Hero of the Soviet Union’. One of them was seventeen-year-old Zinaida Portnova, a partisan scout in Belarus and a member of the underground organization called ‘Young Avengers’. Captured by the Gestapo, she was subjected to numerous interrogations, during one of which she managed to grab a pistol from the desk and shoot the interrogator and two of his assistants. However, her attempted escape still failed. On the morning of January 10, 1944, after a month of torture, she was shot. Fourteen years later, Zinaida Portnova was posthumously awarded the title of Hero of the Soviet Union. 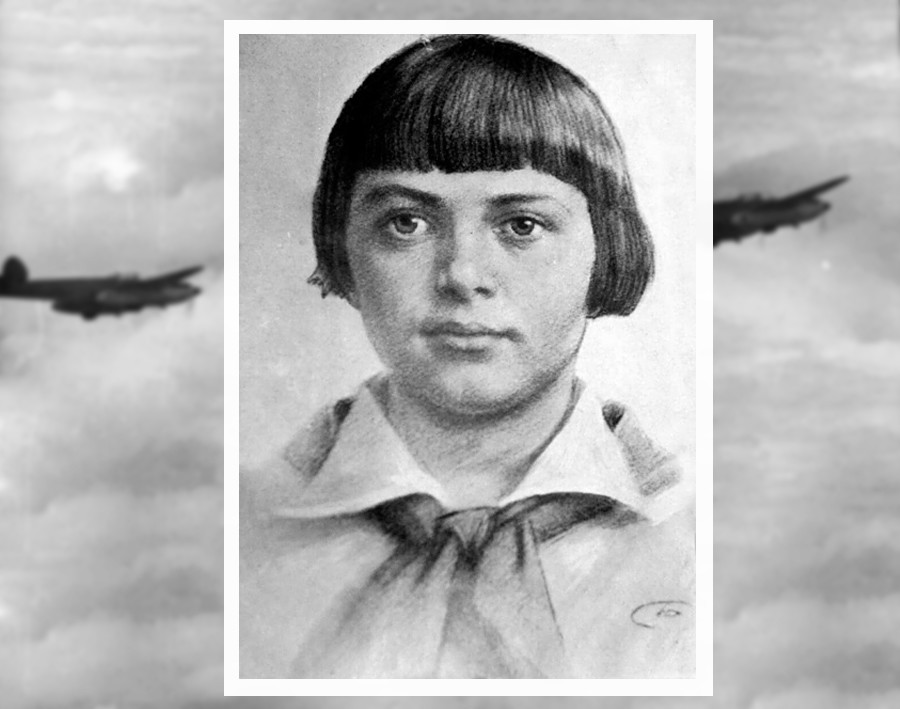