Who were the prisoners of Peter and Paul Fortress in St. Petersburg? 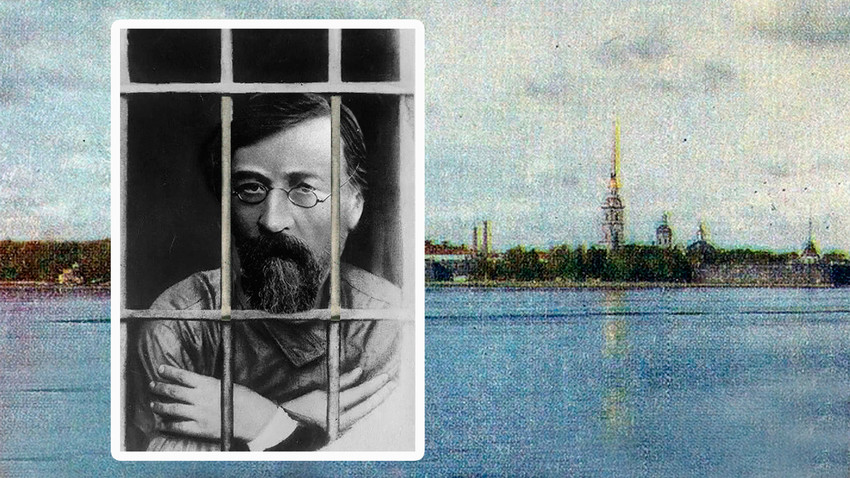 TASS; Tanfel Bakman/Alexander Odinokov Archive
The Peter and Paul Fortress was used as a political prison in Imperial Russia, so it often held captive famous and even great people. 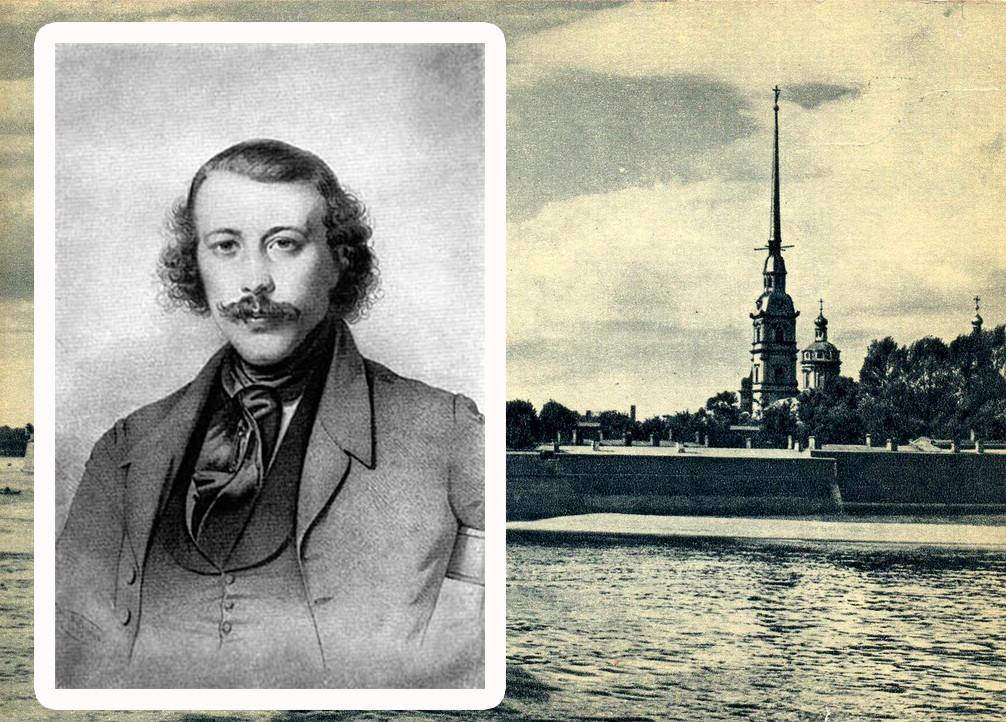 Mikhail Bakunin, a famous Russian philosopher and revolutionary, at first, was a follower of the ideas of German philosopher Georg Wilhelm Friedrich Hegel. After he had moved to Berlin in 1840, Bakunin got interested in the communist ideology and then met Karl Marx, but eventually they became enemies. Bakunin had worked out his own ideas of anarchism. He created the theory of pan-slavism - an idea of a federation of Slavic folks to save them from absolutism.

He wasn’t a theorist revolutionary. In 1848-1849, he organized the arisen workers in the French revolution and in the Czech and Dresden rebellions. The latter resulted in his arrest and death sentence, which was later changed to a life-long imprisonment. In 1851, he was sent to Russia and imprisoned in the Peter and Paul Fortress. There, Tsar Nicholas I ordered him to write about German and Slavic philosophic ideas. This work was named ‘Ispoved’ (“Confession”). It also shows Bakunin was emotionally broken in the fortress: he himself admitted to being a criminal and begged for death. In the letter to his family, written in 1854, he says: “I hope, you understand that anybody who respects himself at least a little bit, should prefer the most terrible death to this slow and shameful agony,” meaning his life-long imprisonment. In 1857, Bakunin was exiled to Siberia where he lived until in 1861 when he escaped to the U.S. via Japan. He then moved to London where he worked with Alexander Herzen for the ‘Kolokol’ (“Bell”) magazine. 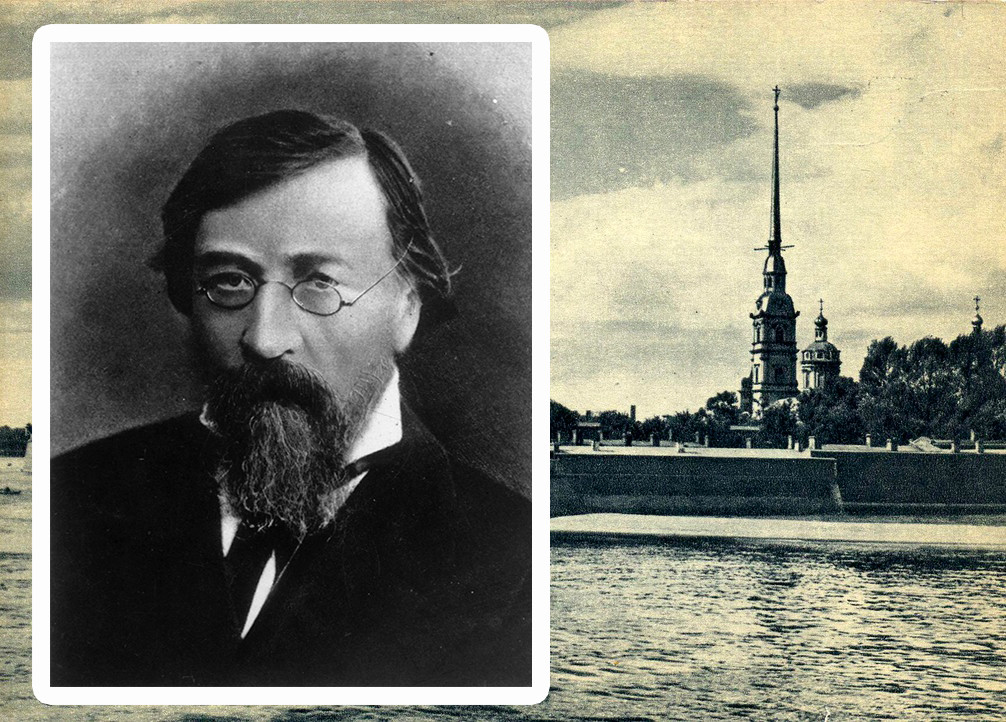 Nikolay Chernyshevsky got interested in socialistic and nihilistic ideas during his studies in the University of St. Petersburg. Chernyshevsky visited the meetings of the political circle of Mikhail Petrachevsky to learn about revolutionary ideas, but didn’t enter the circle himself. After graduation, he tried to become a teacher, but soon quit this job and became a publicist. In 1854, Chernyshevsky started to write for the ‘Sovremennik’ (“Contemporary”) magazine, where he worked with famous Russian poet Nikolay Nekrasov. He wanted to use this magazine to popularize the revolutionary ideas. In 1862, the publishing of ‘Sovremennik’ was stopped for eight months and Chernyshevsky was arrested for writing proclamations. Не was jailed in the Peter and Paul Fortress and during this period he wrote his main work, the novel ‘Chto delat?’ (“What to do?”). The censors read it, but didn’t see the ideas of utopian socialism shown in the novel, so Nekrasov was allowed to publish it in ‘Sovremennik’. Avdotya Panaeva, who worked for the magazine, remembers in her book ‘Recollections’, that Nekrasov had decided to take the manuscript of ‘Chto delat?’ to the printing office himself. She writes: “A quarter of an hour didn’t pass yet, when Nekrasov came back and astonished me with the expression on his face as he was entering my room.” It turned out he had lost the manuscript on his way. Happily, it was found after an announcement, but it took some days, and Panaeva remembers: “Nekrasov was so worried that he couldn’t dine, sometimes he was gloomy and silent and then suddenly started talking about the tragic fate of the manuscript.” ‘Chto delat?’ was a great success, but the life of Chernyshevsky was forever tragic. After imprisonment, he was sent into exile and was only allowed to come back some months before his death. 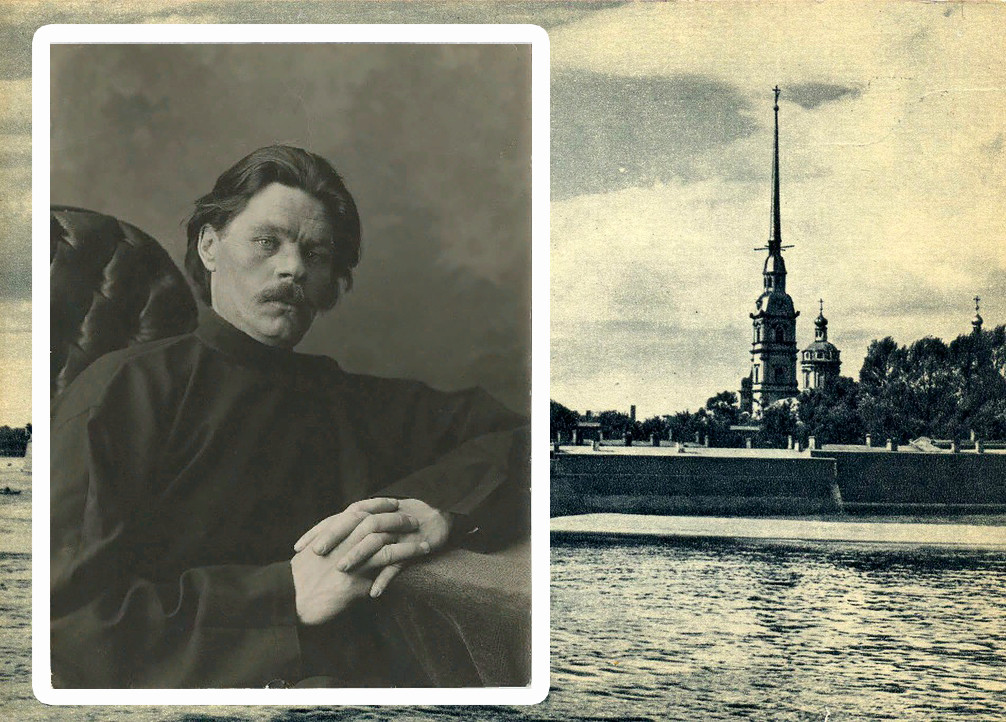 By the beginning of the 20th century, Maxim Gorky (real name Alexey Peshkov) had already become a well-known author and publicist. When he came to St. Petersburg in 1904 and saw the moods of people in the city, he couldn’t stand idly by. The day before the tragic demonstration headed by Orthodox priest Georgy Gapon on January 9, 1905, known also as “Krovavoe Voskreseniye” (“Bloody Sunday”), he was one of the social activists who visited some of the key figures of Russian political establishment. Later, in his book of recollections, Gorky admits it all was in vain. After the peaceful demonstrators were shot by soldiers on January 9, he wrote in a letter to his wife: “The sentiments are rising, the prestige of the tsar is ruined here – this is the content of the day.” There, he also proved that he had sheltered Gapon that day: “Gapon survived by a miracle, he’s lying down in my apartment and sleeping.” Moreover, he wrote an open letter in which he urged the people to fight absolutism. This was a reason for Gorky’s arrest and imprisonment in the Peter and Paul Fortress. In his book of recollections, he says that his close friend, manufacturer and philanthropist Savva Morozov, helped him to be bailed out within a month. Gorky was also ordered to leave the capital. Meanwhile, the month in the fortress proved quite productive for Gorky. He wrote a play titled ‘Deti Solntsa’ (“Children of the Sun”) and began working on one of his most famous novels titled ‘Mat'’(“Mother”).