The first and only woman to perform an aerial ram 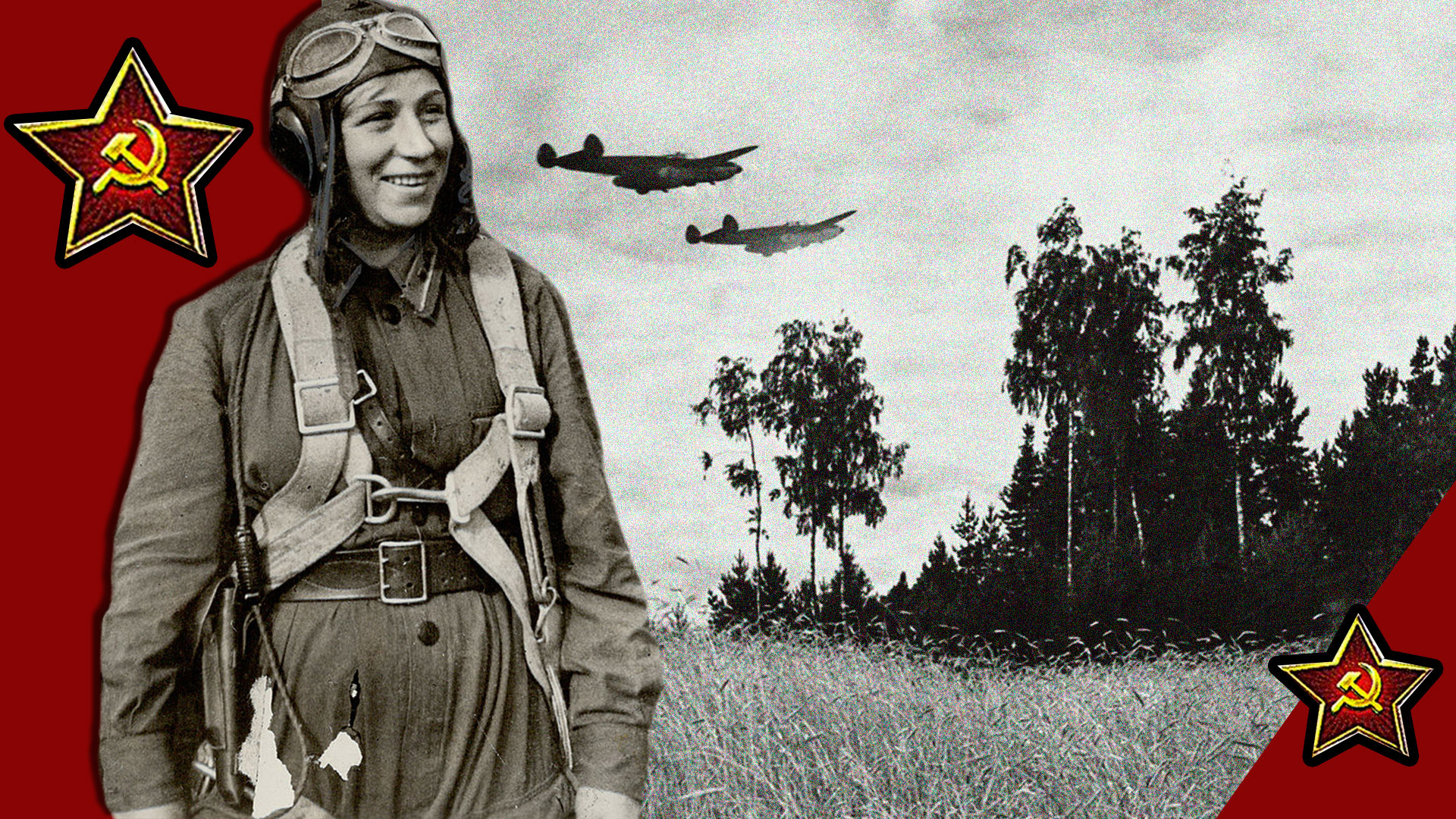 Ivan Shagin/МАММ/МDF; Getty Images
Despite her extraordinary feat, Ekaterina Zelenko was awarded the posthumous title of Hero of the Soviet Union only half a century later.

On Sept. 12, 1941, a tragic but heroic scene played out over the Ukrainian village of Anastasyevka: a Soviet Su-2 light bomber fought off seven German Messerschmitts in hot pursuit.

Having spent all its ammunition on shooting down one enemy fighter, the Su-2 suddenly rammed another, ending in the death of both pilots.

It was not the first aerial ramming maneuver in history, but the first (and still only) with a woman at the controls. 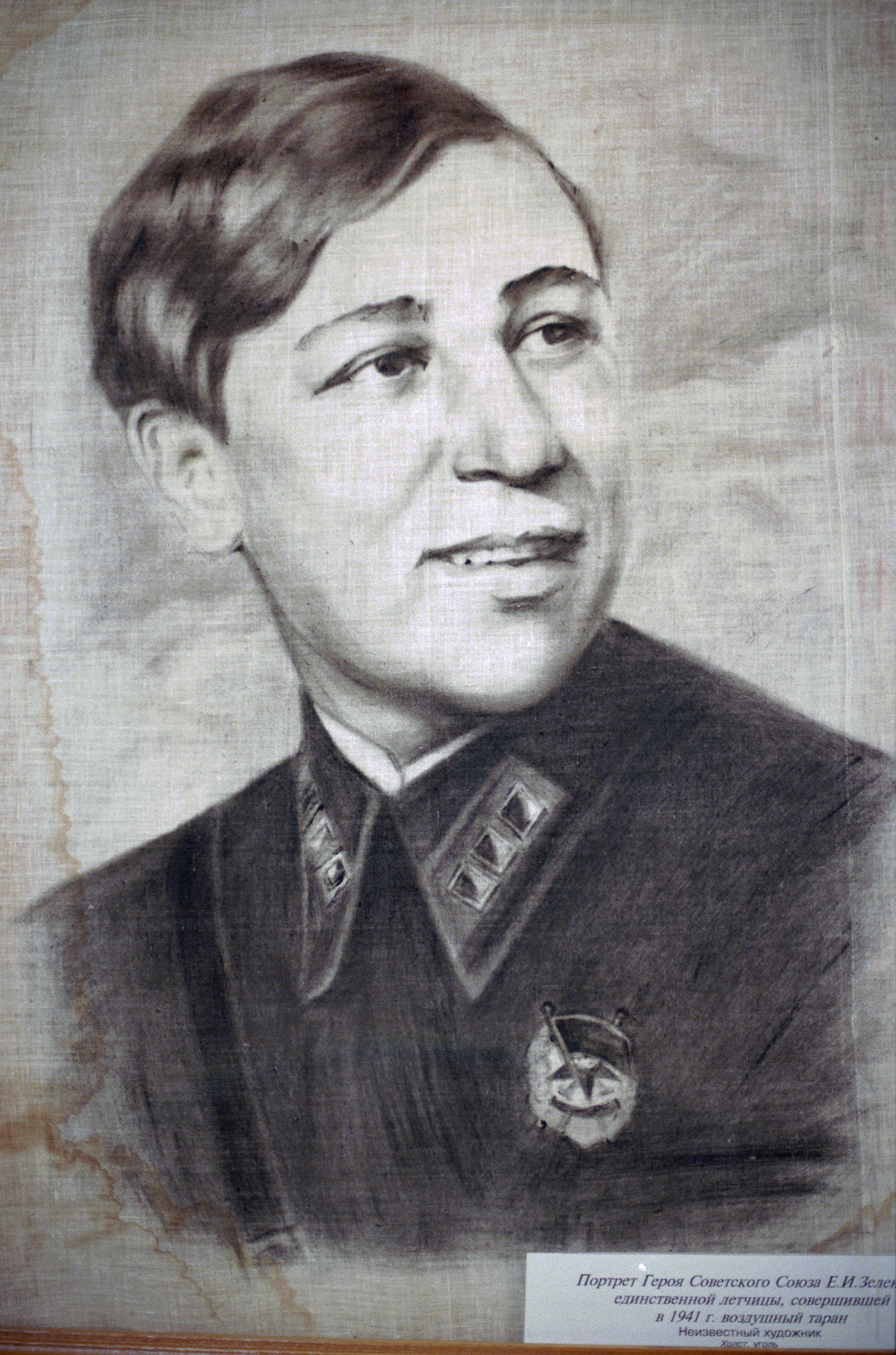 “She was born for aviation, like a bird for flight,” said her colleague Anatoly Pushkin about Ekaterina Zelenko. In love with the romance of the skies since childhood, at the age of 17 she joined the Voronezh aeroclub. Then, in 1934, Ekaterina graduated with honors from Orenburg Military Aviation School.

After her studies, she was sent to Kharkov, Ukraine, where she served in the 19th Light Bomber Aviation Brigade. There, in the pre-war years, Ekaterina mastered seven types of aircraft.

When war broke out with Finland in 1939, Ekaterina immediately volunteered for frontline service. Female pilots were not permitted to fly planes in this conflict, but her Ukrainian surname helped out. Seeing “Senior Lieutenant E.I. Zelenko” on the application form, employees at the military personnel department gave the go-ahead, not suspecting that the pilot was a woman (since most female surnames in Russia end in “a”). 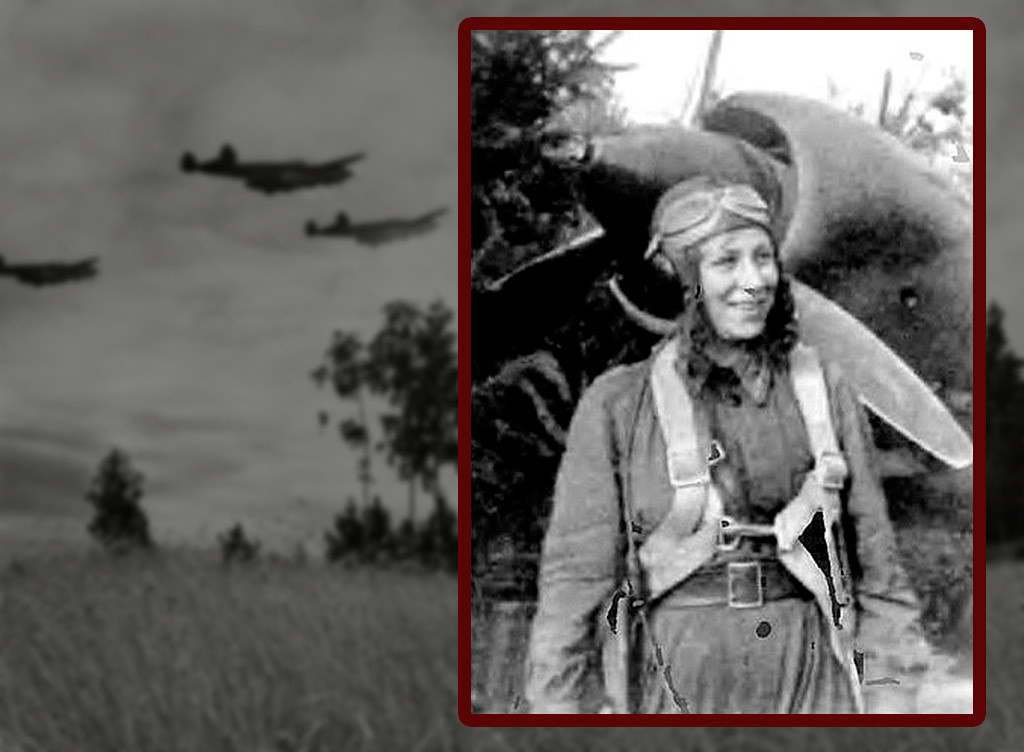 When Ekaterina arrived at the front, she was not sent back, thus becoming the only female pilot in the so-called Winter War. Her eight sorties resulted in the destruction of an enemy artillery battery and ammunition depot. After the war, she was awarded the Order of the Red Banner for her achievements.

By the start of the war against Nazi Germany, Ekaterina Zelenko was a seasoned pilot with plenty of combat experience. In 1941, a catastrophic year for the Soviet Air Force, such pilots were worth more than their weight in gold.

From June to September, Zelenko flew 40 sorties and engaged in 12 air battles. In July, heading a group of Su-2 bombers, she took part in the destruction of a large enemy force made up of 45 tanks, 20 armored cars, and an infantry battalion. All the Soviet planes returned to base — a miracle at that time.

In the early days of the war, it was far more common for the Soviet Air Force to suffer colossal losses. Bombers often lacked cover because there were simply not enough fighters. 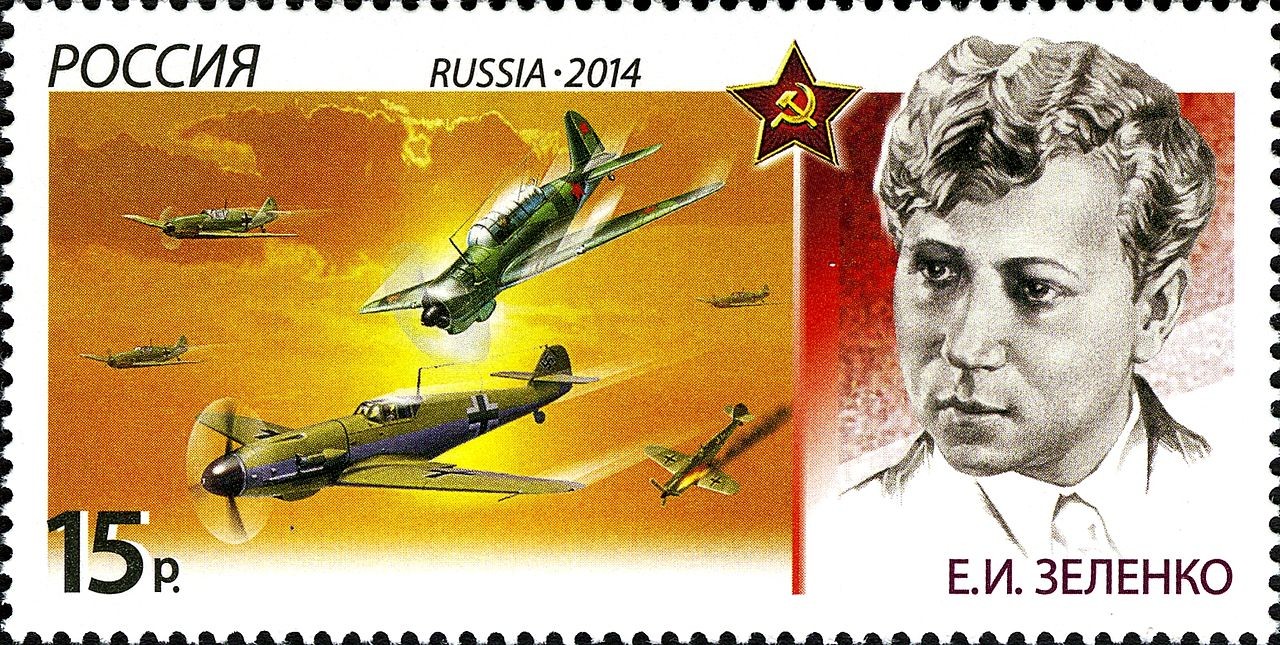 On that fatal day for Ekaterina Zelenko, Sept. 12, 1941, she too had to fly a reconnaissance mission without cover, in tandem with fellow Su-2 pilot Captain Lebedev. Over the village of Anastasyevka in north-eastern Ukraine, they were attacked by the above-mentioned Messerschmitts.

Lebedev was knocked out of the sky almost instantly, crash-landing in a neighboring field. Zelenko managed to destroy one German aircraft, using up all her ammunition in the process. Then, having ordered her wounded navigator Lieutenant Pavlyk to parachute out, she rammed a second enemy fighter, knocking it out; both planes fell to the ground like stones.

Both Lebedev and Pavlyk managed to get back behind their own lines. But neither witnessed the feat or death of Ekaterina Zelenko. She was simply recorded as missing in action. The military wanted to posthumously award her the title of Hero of the Soviet Union, but were hesitant to do so in case it later transpired that she had been taken prisoner. Instead, she was conferred with the lesser Order of Lenin. 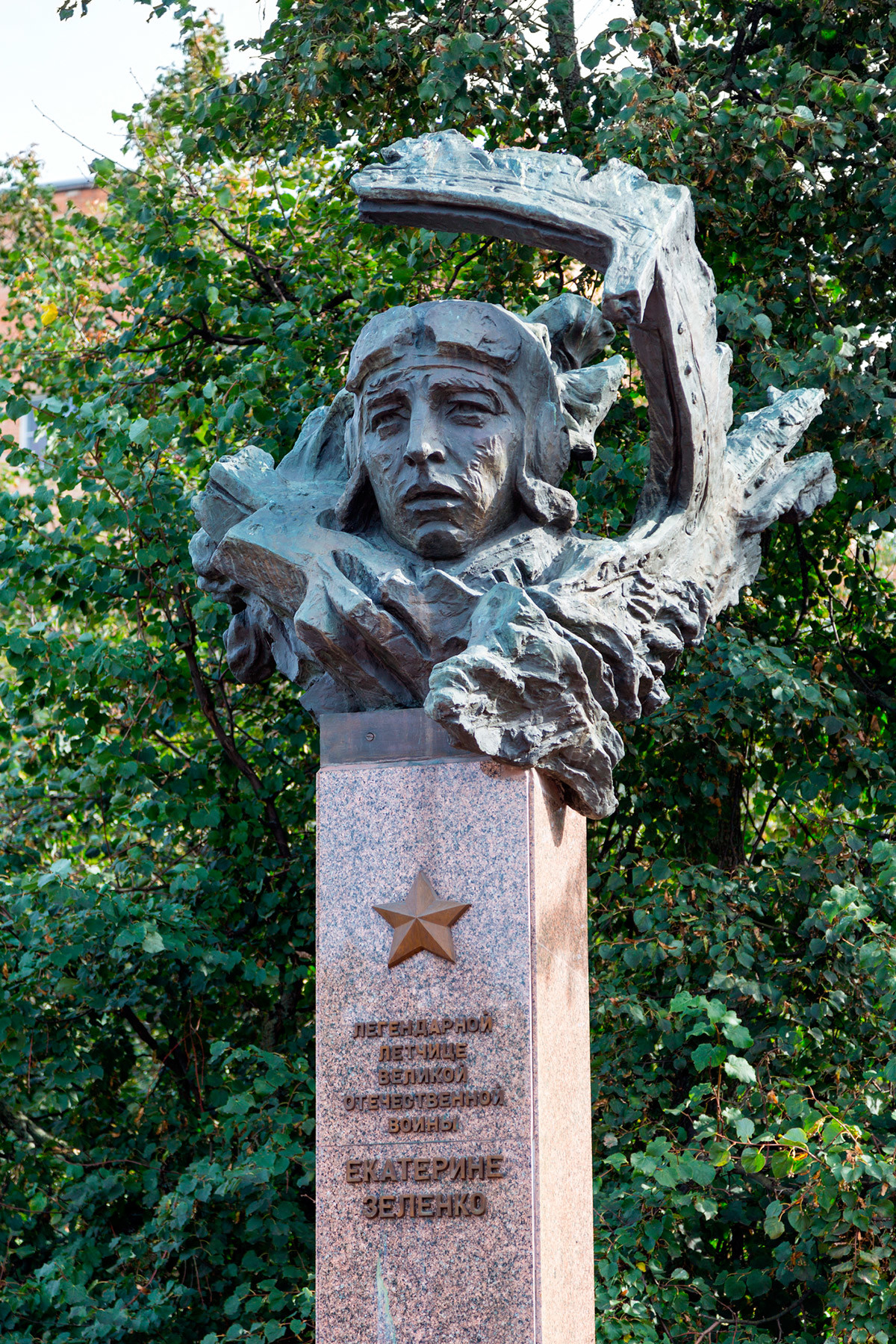 The truth came to light in 1943, when residents of the liberated village of Anastasevka recounted all the details of the air battle they had witnessed. And there in the wreckage of Zelenko’s Su-2 bomber, the badly burned body of the pilot was found (and immediately buried), as well as her Komsomol card and other identity documents. But there was no time to inform the command, since the Germans re-entered the village just a few hours later.

Despite confirmation of her exceptional bravery and the repeated appeals of her colleagues, Ekaterina Zelenko was posthumously awarded the title of Hero of the Soviet Union only on May 5, 1990.