This old Soviet torpedo factory ISLAND is an adventurer’s dream 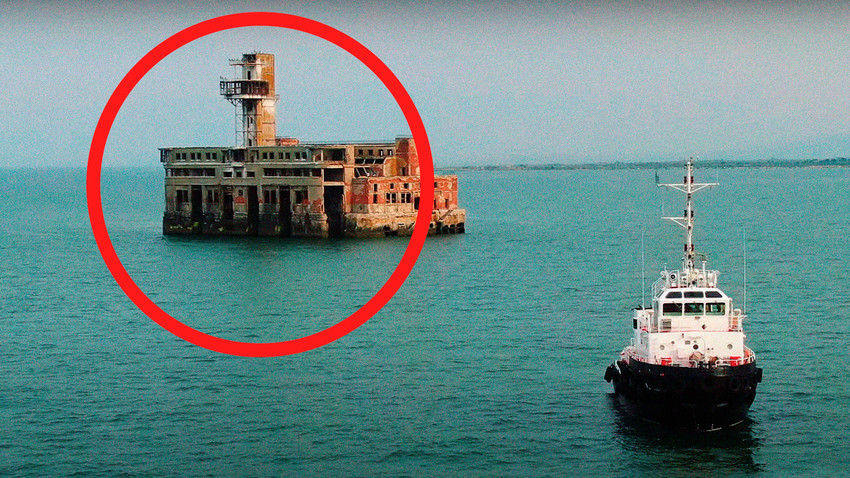 VadimUshKa/youtube.com
The unique building was erected at sea, but soon abandoned and left to decay.

This is an abandoned Soviet plant — a part of the ‘Dagdisel’ factory — that was used to make torpedoes. It stands in the middle of the Caspian Sea, surrounded by water on all sides and constantly attracts photographers, parkour enthusiasts and adventure seekers.

Just like the famous Alcatraz Federal Penitentiary in the U.S., this Soviet plant is completely surrounded by water. Yet, unlike the Alcatraz, the plant was not built on an island.

The idea to build a torpedo plant at sea first arose in 1934. It was planned to build a cement base at the seashore and then transport it to a dedicated place in the sea and then to anchor it to a mass of stones that would reinforce the sea bottom.

The following year, the cement base was already ready. However, the engineers realized that the artificial stone base that was supposed to reinforce the sea bottom would not be sufficiently reliable, unless they drilled an additional cavity in the sea bottom and only then reinforce it with stones. 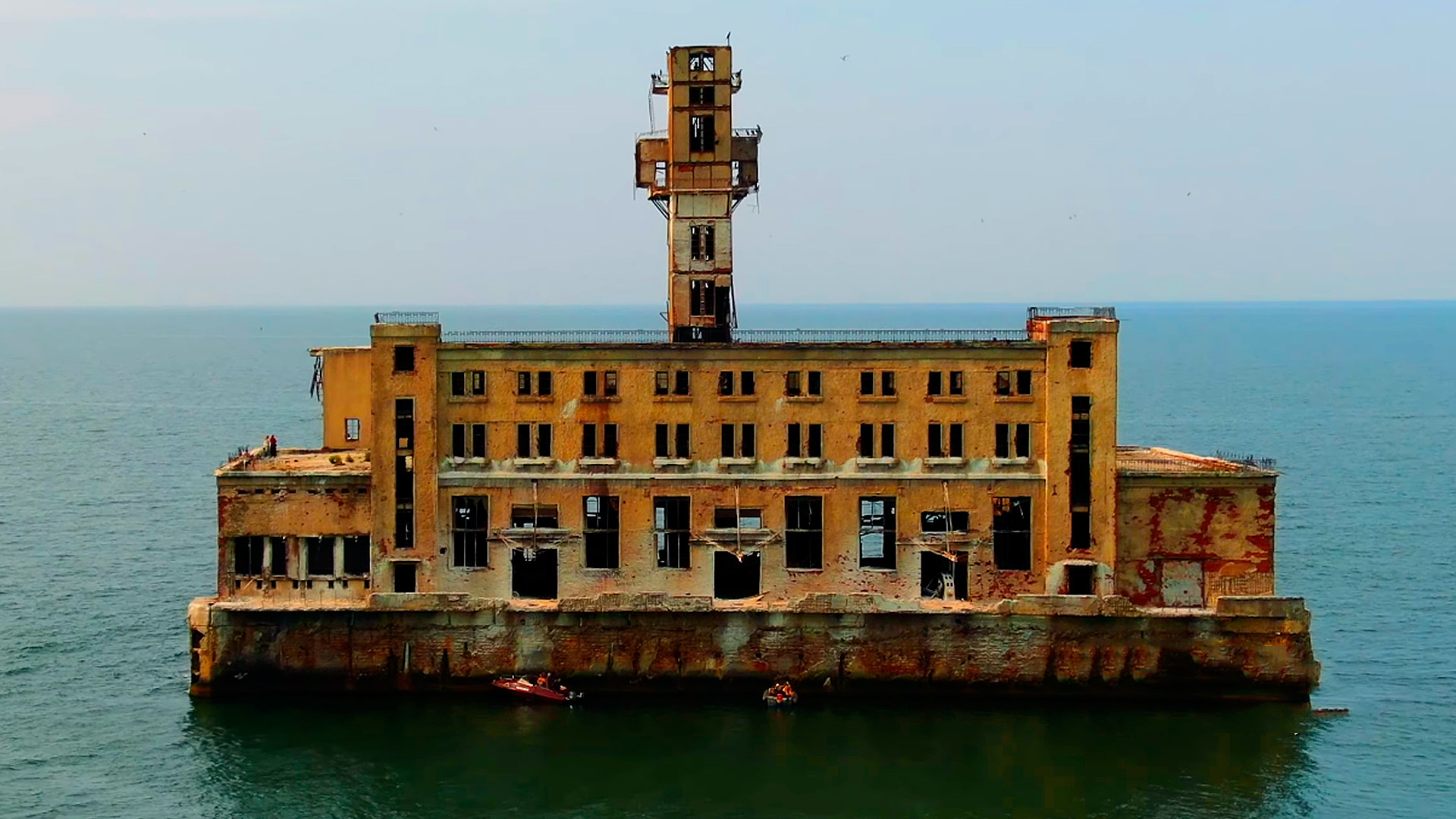 The engineers then proceeded to dig a 19-meter-long cavity and the incredulous plan worked: the ferro-cement base was successfully anchored to the sea bottom. It was now possible to erect a factory on it. In 1939, the construction works finished and the plant began producing torpedoes.

As the new factory was cut off from the mainland, workers also had to reside there. For their needs, the unusual place had residential quarters, a canteen and even a library.

As the Nazi forces advanced into the Soviet territory at the beginning of WWII, the production of torpedoes was transferred to Kazakh SSR but was reinstated in Dagestan in 1944, a year before the war ended.

Unfortunately, it did not last long. As technology advanced, the plant was no longer suited for testing torpedoes, as the waters around it were too shallow.

In 1966, this particular plant of the ‘Dagdisel’ factory was closed and its valuable equipment was removed. The unique construction was left abandoned at sea and began dilapidating gradually.

Today, the decayed building is long past its prime, but it nonetheless attracts adventure seekers, parkour enthusiasts, photographers and extreme tourists. It is possible to access the factory by boat, although it might take some effort to climb inside, as all entrances are in poor condition.