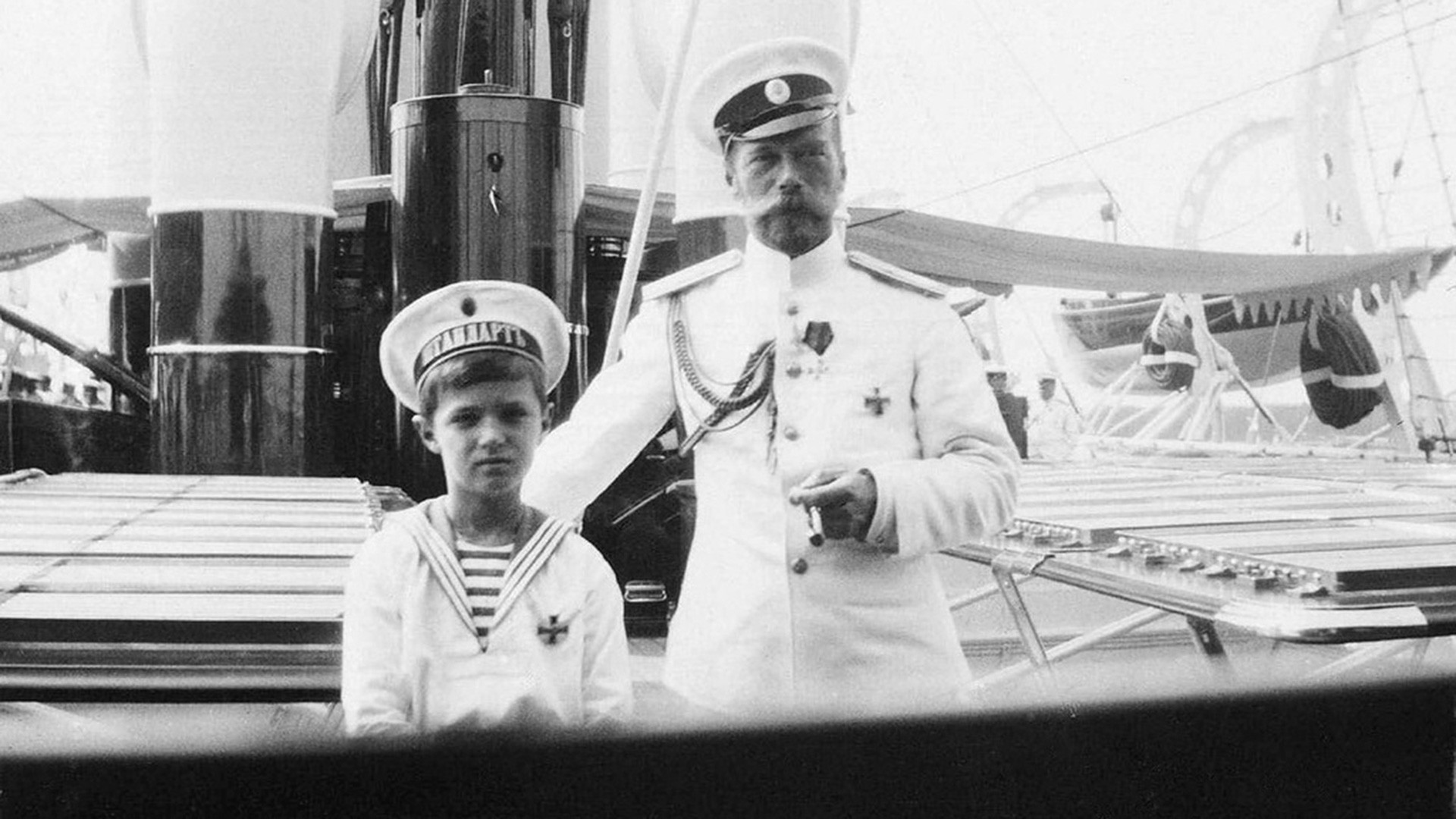 Public Domain
The imperial yacht Shtandart began life as the most luxurious ship of the Russian Empire. And ended it ingloriously as a floating target for the Soviet Navy.

“It’s such a joy to be back home on the water,” wrote Nicholas II in his diary after boarding Shtandart. One of the most beautifully crafted ships of its time, it served the Romanov family for 20 years, taking them over the waves from the skerries of Finland to the Crimean coast. 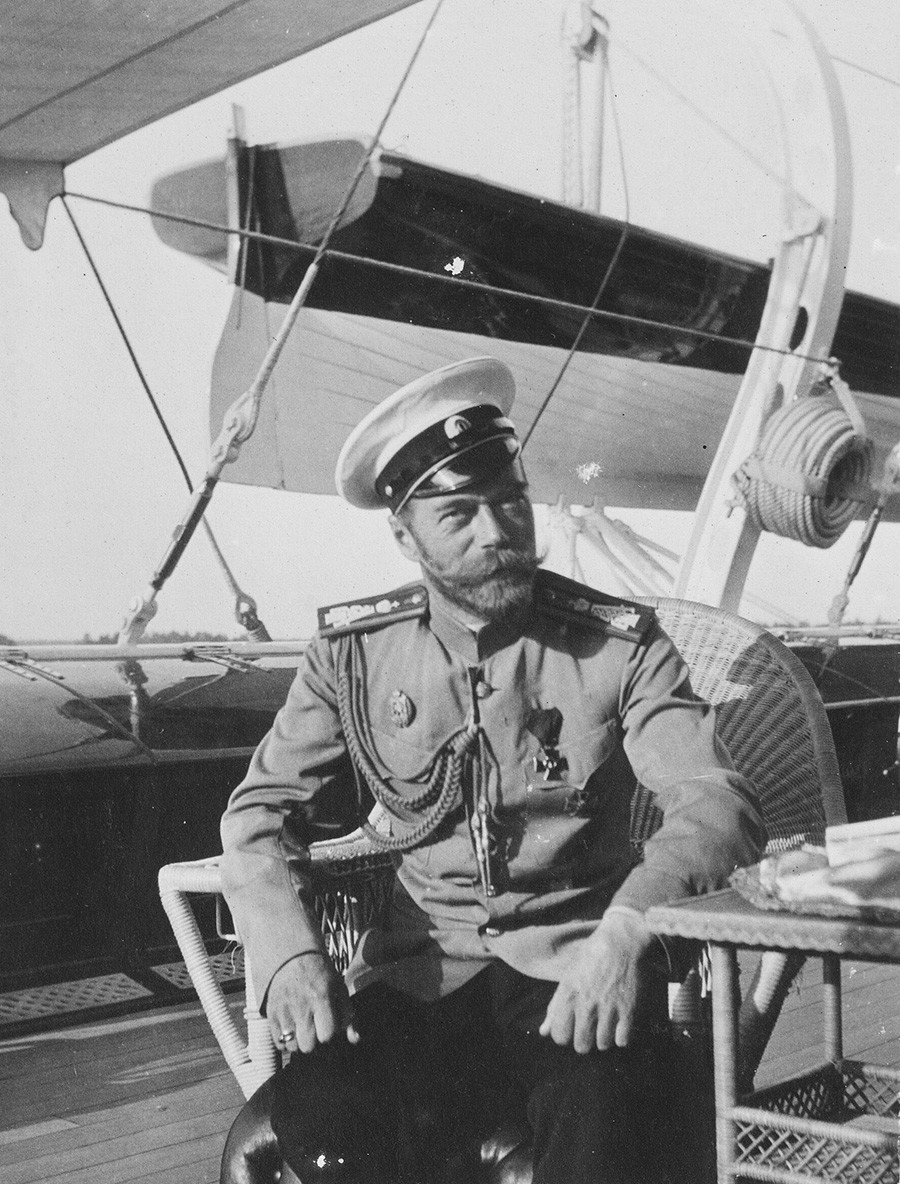 The keel was laid in Denmark in 1893. Although originally built for Tsar Alexander III, due to his sudden death it was his son Nicholas who began using it on ascending the Russian throne in 1894. At 122.3 meters long, 15.4 meters wide, with a displacement of 5.5 tons, Shtandart was one of the largest yachts of the day, more like a cruiser in fact. Designed as a sailing vessel, it was equipped with a state-of-the-art steam engine. 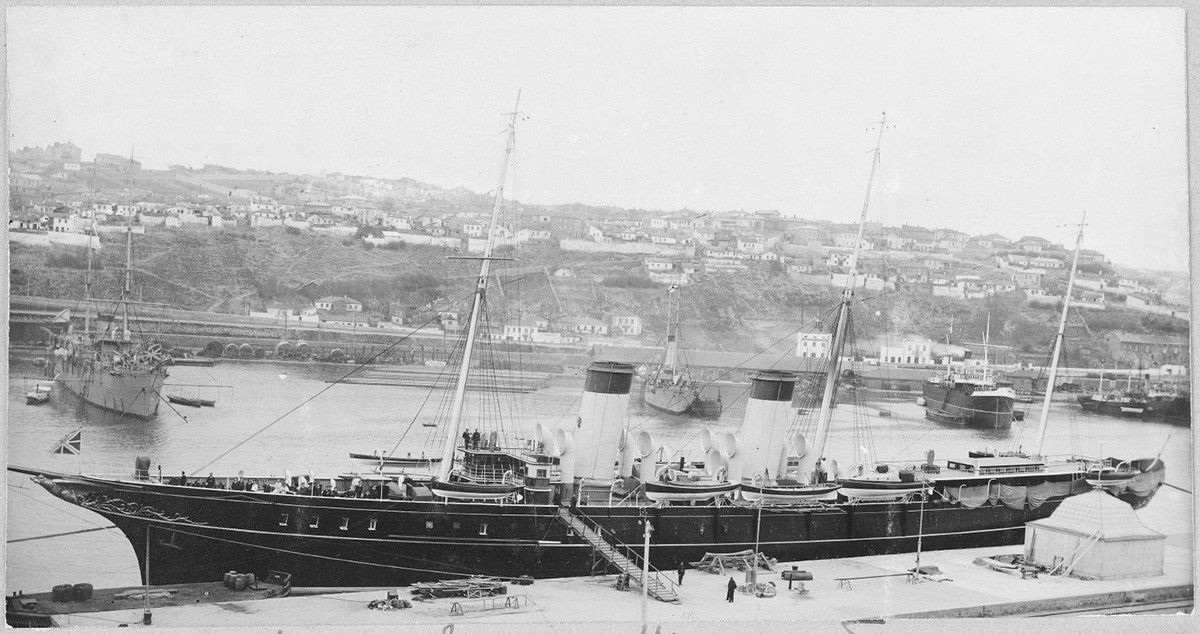 It was, in essence, a “floating palace with offices, departments, headquarters, and lots of courtiers,” recalled on-board officer Nikolai Sablin in his book Ten Years on the Imperial Yacht Shtandart. The interior decoration, in his words, “adhered to a strictly English taste, no gilding, ornaments, or stucco, but this simplicity, this good taste looked far richer than any luxurious splendor.” 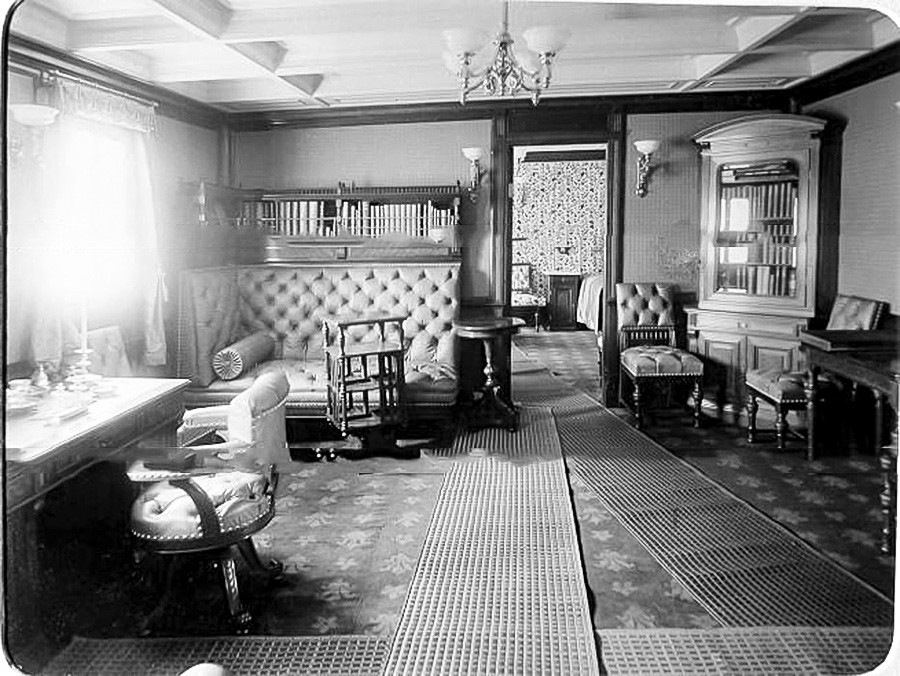 On board Shtandart were countless cabins for the family of Nicholas II, grand dukes and duchesses, high-ranking guests, servants, and crew (which numbered up to 373 people), plus a dining room with a table for 75, an on-board church, the tsar’s private office, and many other rooms for the needs of the ruling dynasty. 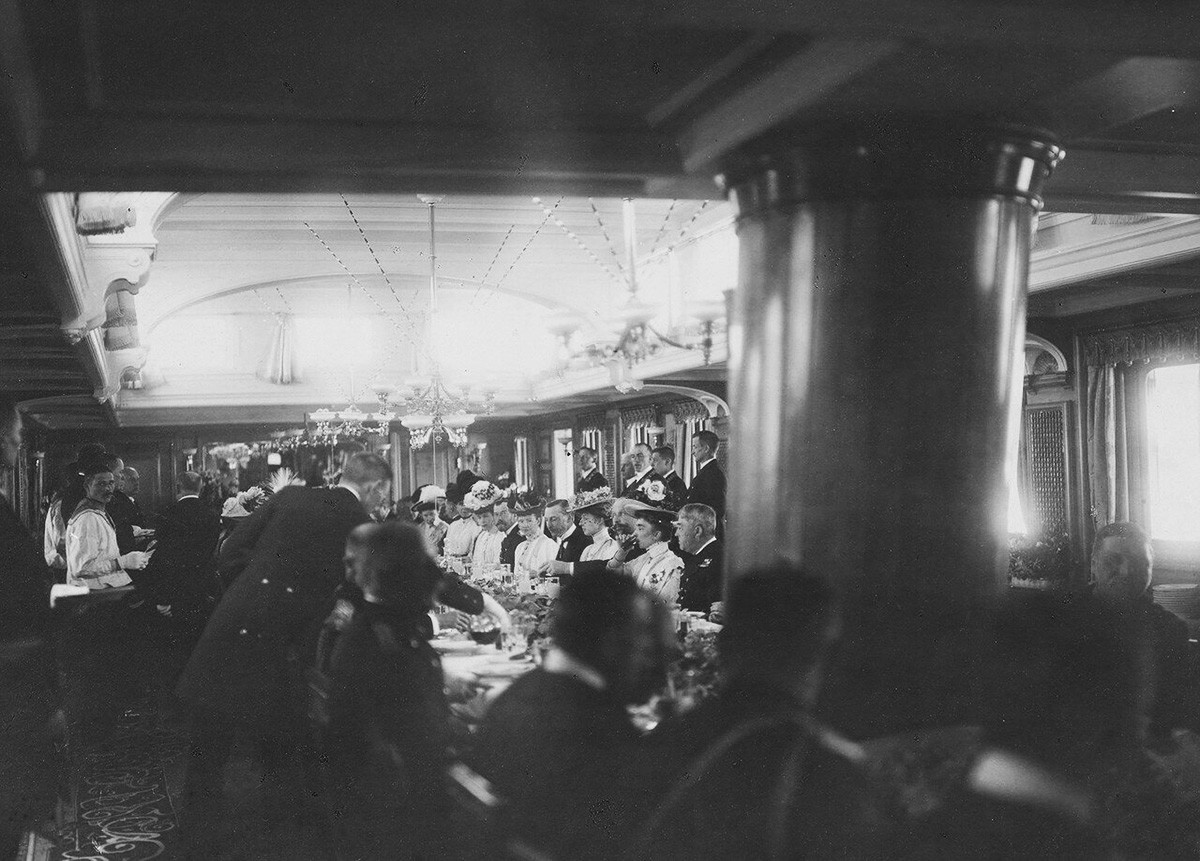 When aboard his favorite yacht, Nicholas II was not cut off from the outside world. Every day a courier boat brought dispatches and reports to Shtandart, as well as fresh newspapers. And officials came from time to time to meet with the emperor. In the summer, he permitted himself a special schedule — two days’ work and five days off, during which time no one extraneous was allowed on board. 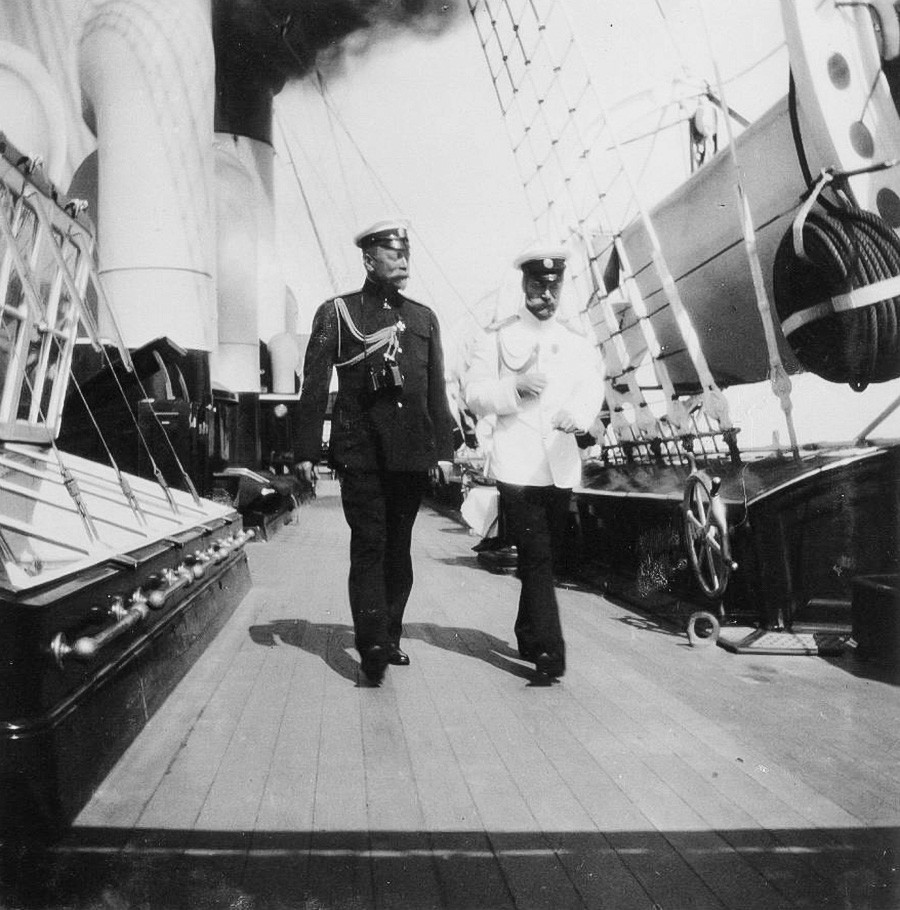 “The empress became more sociable and cheerful as soon as she stepped on the deck of Shtandart,” wrote Alexander Mosolov, head of the Chancellery of the Ministry of the Imperial Court, in his memoirs At the Court of the Last Russian Emperor. The entire ship was a huge playground for the imperial couple’s children, whose safety was ensured by specially assigned sailors, known as “uncles.” As for adult entertainment, there was always a brass band and balalaika players on the yacht. And eight 47-mm Hotchkiss cannons with nickel-plated barrels, mounted on deck, sometimes launched fireworks. 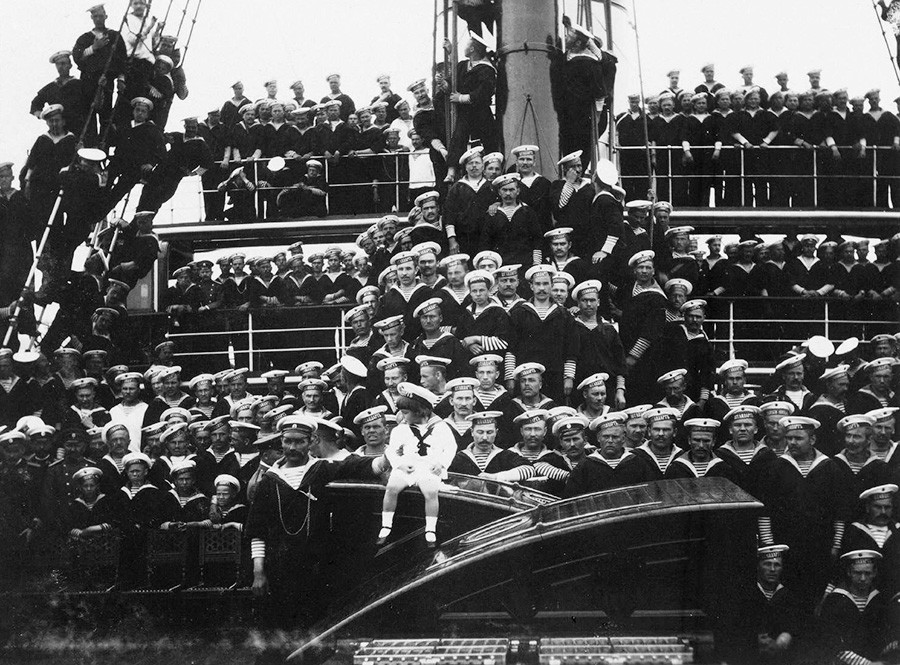 The Romanovs’ favorite route ran along the coast of Finland. “The skerries were the only place that provided their majesties calm both at sea and in family life,” wrote Nikolai Sablin. They regularly went ashore for picnics, strolled through the woods, and picked berries. At times, the astonished owner of some Finnish coastal estate would receive an early-morning visit from the emperor, asking for permission to use the tennis court, a game he loved dearly. 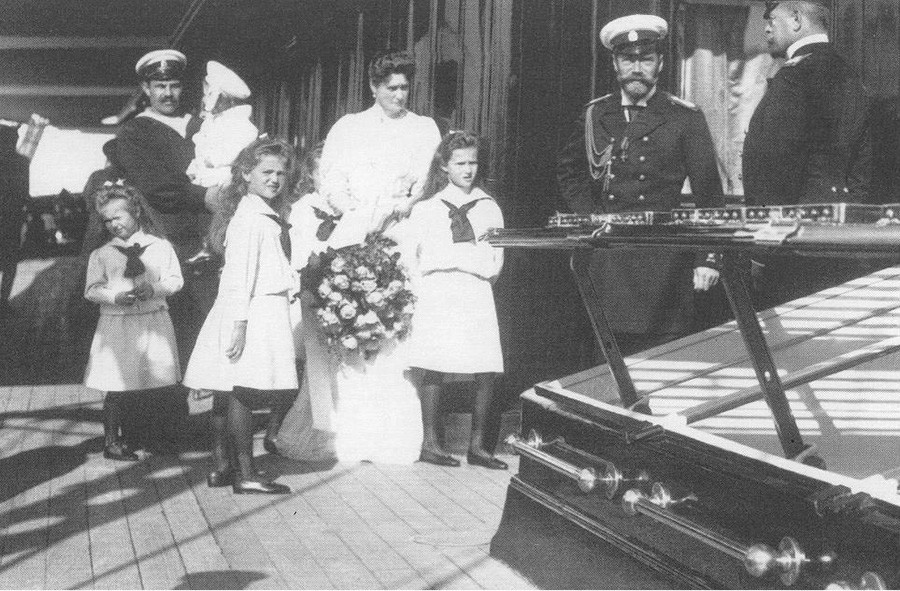 Not limiting itself to the Baltic, Shtandart often sailed to European ports, spending a lot of time in particular in the Black Sea off the coast of Crimea. On board the yacht, Nicholas II received many VIPs, including King Gustaf V of Sweden, the British monarchs Edward VII and George V, the French presidents Armand Fallieres and Raymond Poincare. German Emperor Wilhelm II also stayed on Shtandart several times. Fascinated by the ship (his own yacht Hohenzollern was much smaller), he even hinted to Nicholas that he would like to receive it as a gift, but the Russian tsar turned a deaf ear. 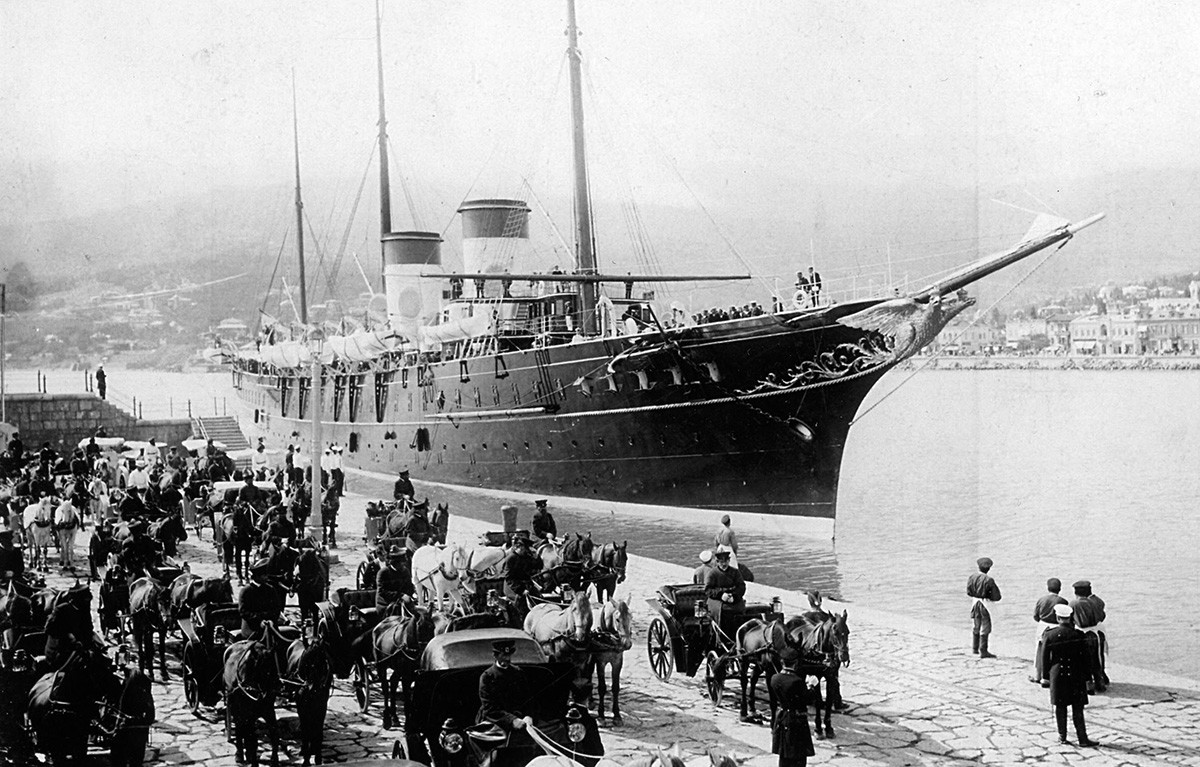 The security of Shtandart and the imperial family was ensured by an impressive escort, which included destroyers and submarines. Often they had to drive away curious Finnish fishermen wanting to take a peek at the emperor, and one fishing boat was even sunk (fortunately, there were no casualties). On another occasion, the British cargo ship Woodburn was slightly damaged, having inadvertently come to close after failing to respond to the warnings. The resulting diplomatic scandal was resolved not without difficulty. 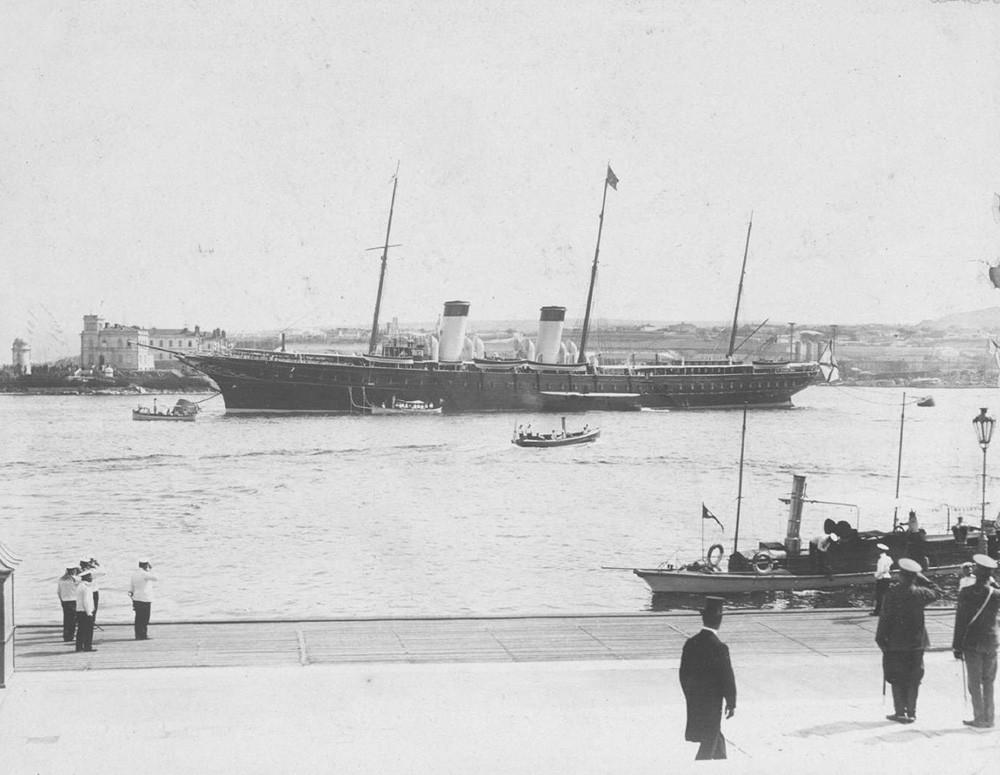 With the outbreak of WWI, the tsar was no longer in any mood for leisure. Instead, Shtandart served as a messenger ship between St Petersburg (renamed Petrograd due to its unpatriotic “German” name) and Helsingfors (Helsinki). When the Russian monarchy fell during the 1917 February Revolution, Shtandart was renamed March 18 in honor of the first day of the Paris Commune. 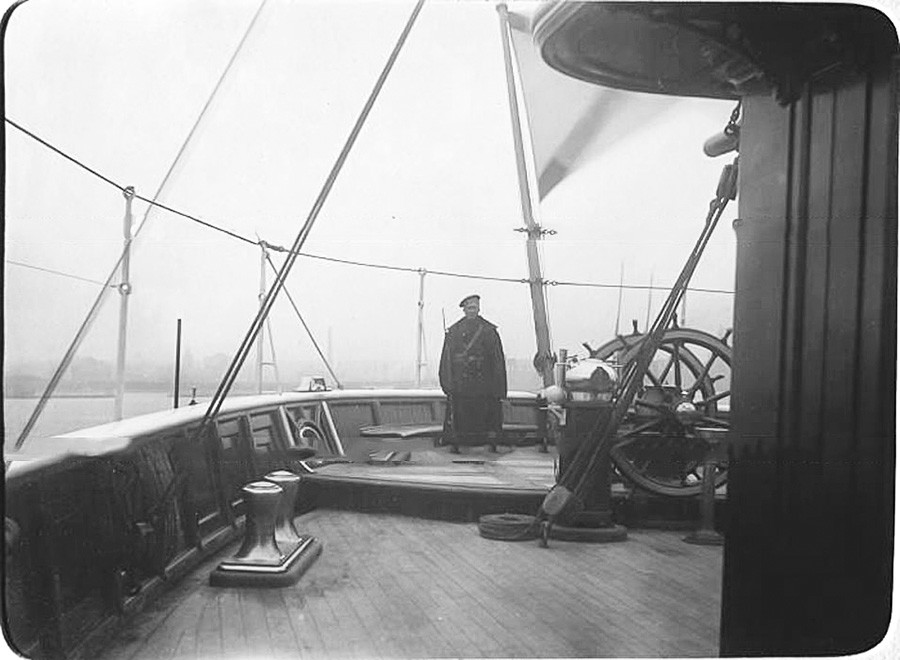 In 1936, the former imperial yacht, now bearing the name Marty (in honor of French communist Andre Marty), began a new life as a minelayer in the Red Banner Baltic Fleet. It was in this capacity that it participated in WWII, and on June 25, 1941, chalked up its first enemy submarine kill. 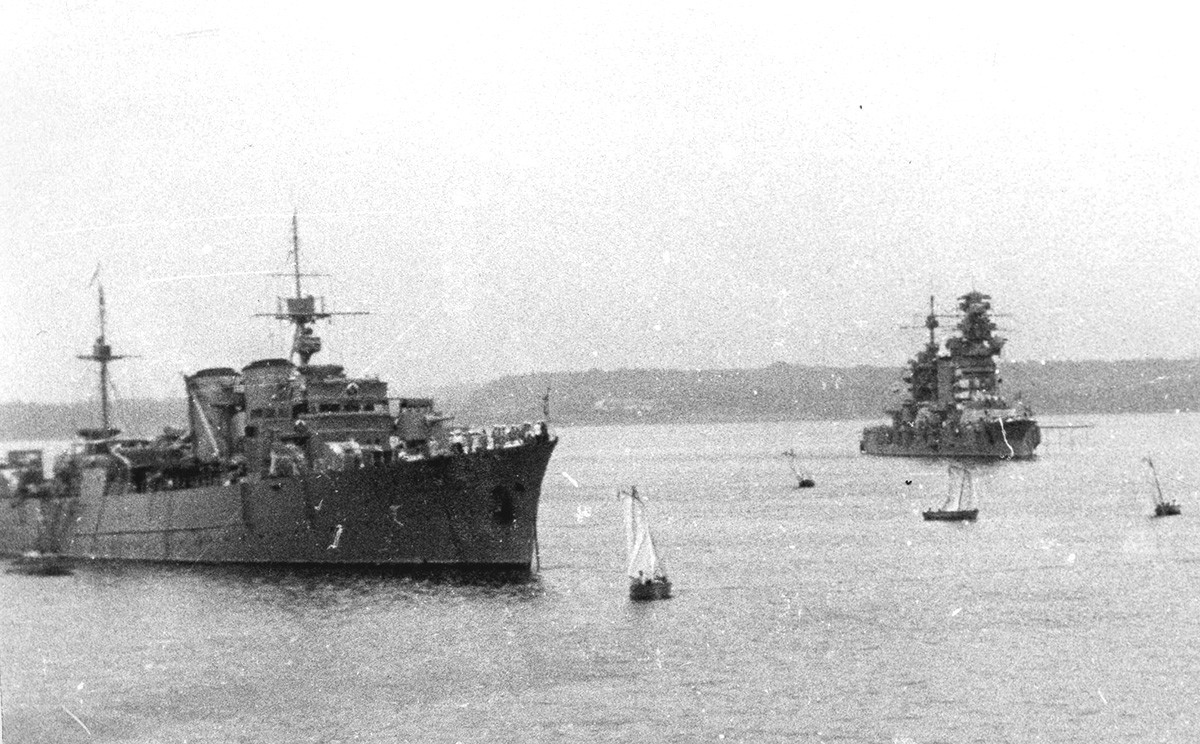 Just as Shtandart’s service life was great, so was its end inglorious. After the war, renamed yet again (this time Oka), the ship was used first as a floating barrack and then for missile target practice by the Soviet Navy, before being dismantled for scrap in the mid-1960s. 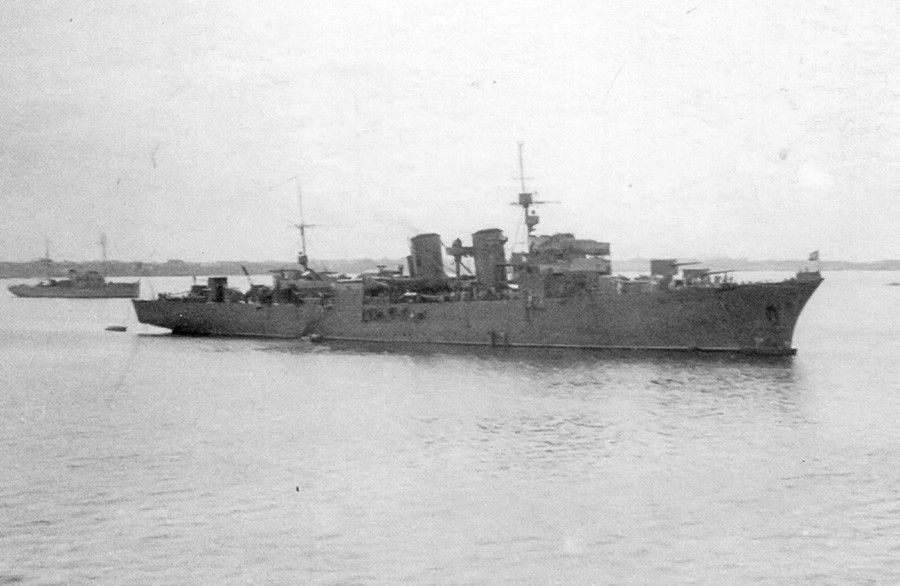