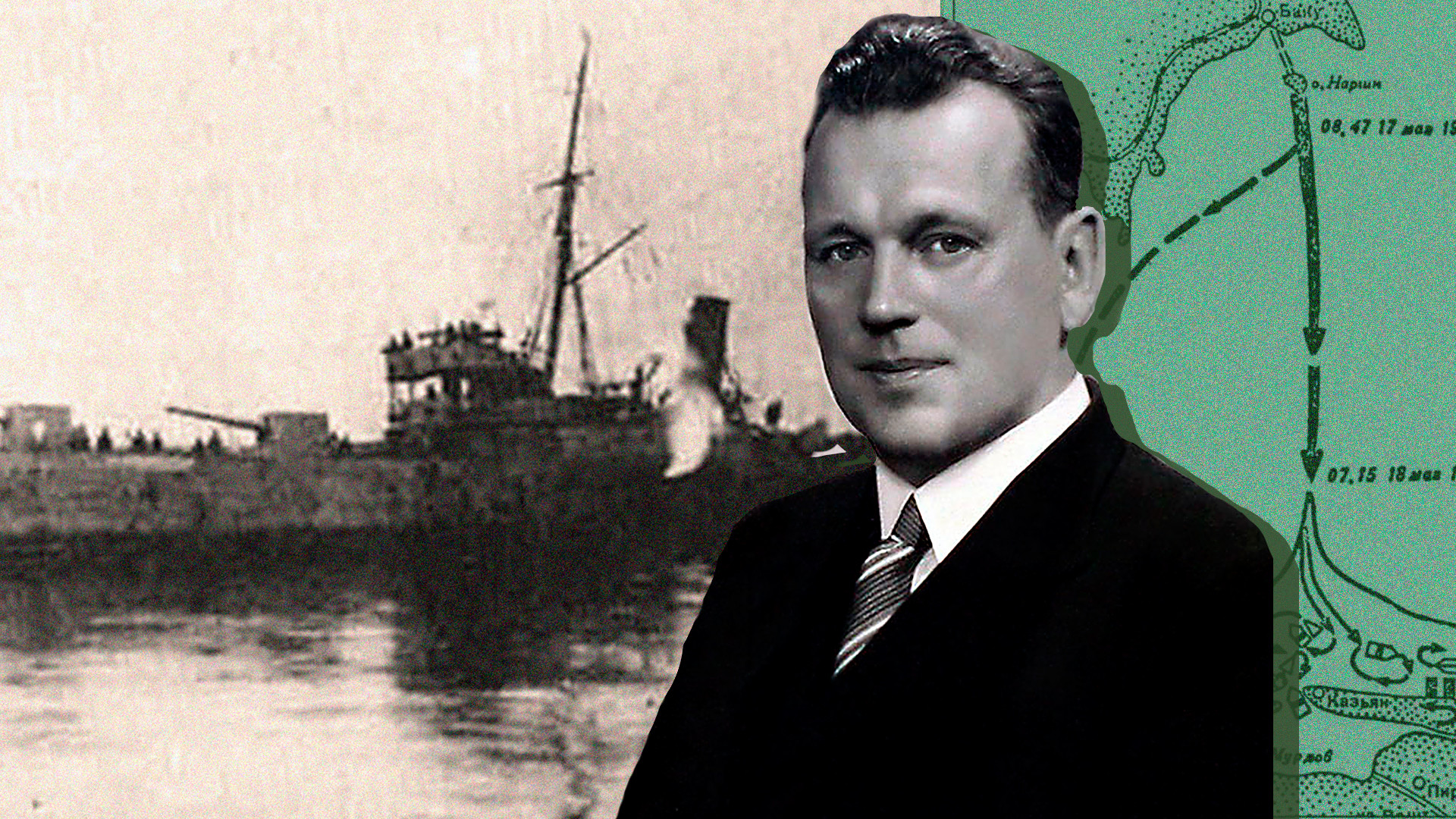 Russia Beyond; Public Domain
The Bolsheviks planned to seize British-controlled warships in an Iranian port, but, unexpectedly for themselves, triggered a revolutionary movement in Iran.

Early on May 18, 1920, a detachment of Soviet soldiers carried out a daring attack against the British garrison of the Persian port of Anzali on the Caspian Sea. The Reds' overwhelming success became a shameful page in the history of the British army. So how did it come about that the Bolsheviks were fighting in distant Persia, with which Soviet Russia had friendly relations at the time?

Anzali became a target for the Soviets not because of the Persians and not even because of the British, relations with whom were rather hostile. Their target was the naval force of their main opponents in the Civil War - the Whites.

In the spring of 1920, the White Movement faced very hard times: its main forces had been either defeated or were retreating on all fronts. Having lost all their ports on the Caspian Sea, they were forced to place their flotilla under the protection of the British in Persia. Her Majesty's troops had been there since World War I. It was an impressive force: 29 ships, including 10 cruisers, torpedo boats, transport ships, and even one "aircraft carrier" with four seaplanes. It could create considerable problems for the Reds' communication lines in the Caspian, especially for the transportation of oil from Baku, the capital of Soviet Azerbaijan, to Astrakhan. 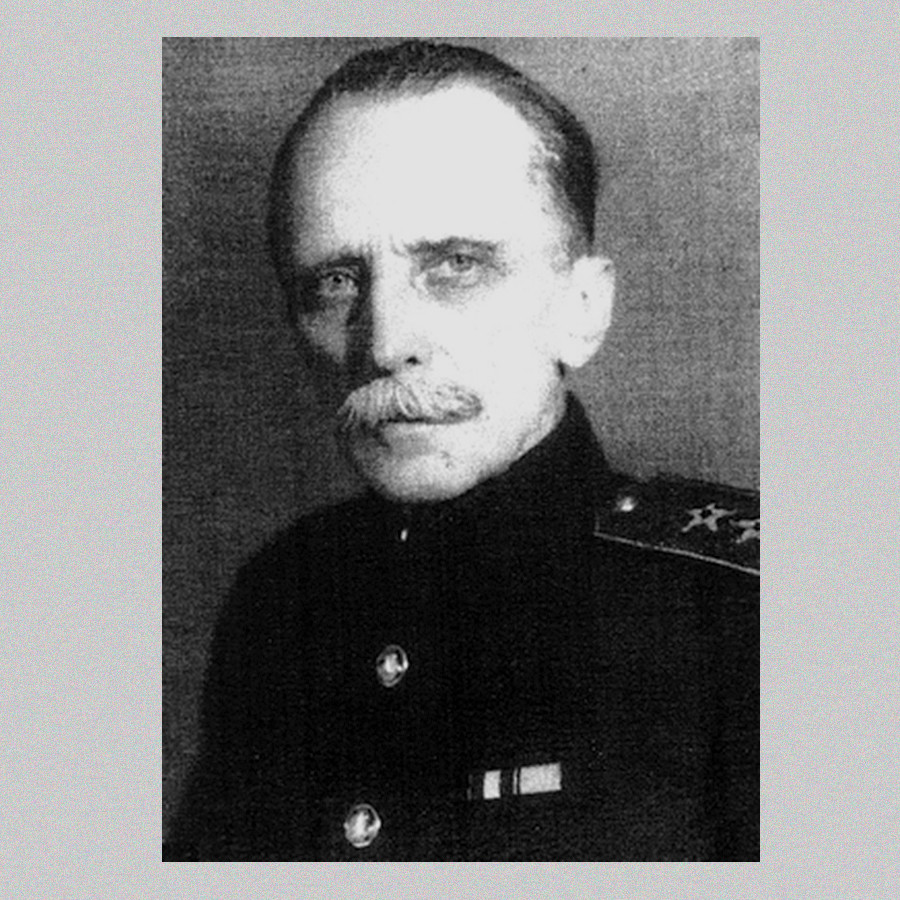 On May 1, 1920, the commander of the Naval Forces of Soviet Russia, Alexander Nemits, ordered the commander of the Volga-Caspian Flotilla, Fyodor Raskolnikov, to capture the Persian port of Anzali. The local authorities were to be informed that “the landing was being undertaken solely to carry out a combat mission that had arisen only because Persia was unable to disarm the White Guard ships in its harbor, and that Persian territory remained inviolable for us [Soviet troops] and we would leave it immediately upon the completion of the combat task".  In addition, in order to avoid a diplomatic scandal, Raskolnikov was to act on his own behalf, and not on behalf of Moscow.

Anzali Bay, where the White flotilla was concentrated, was guarded by up to 2,000 British troops equipped with a battery of 152mm guns, as well as the Whites and Persian military units; it was not clear whether the later would participate in the hostilities). In addition, there were British garrisons in nearby cities, ready to immediately come to the aid of their fellow countrymen in case of need.

For their part, the Reds had a couple of cruisers, four destroyers, several patrol boats and gunboats, as well as a strike force of 2,000 soldiers. A cavalry division was secretly making its way from the territory of Azerbaijan to Anzali, and its task was to block the city from land. 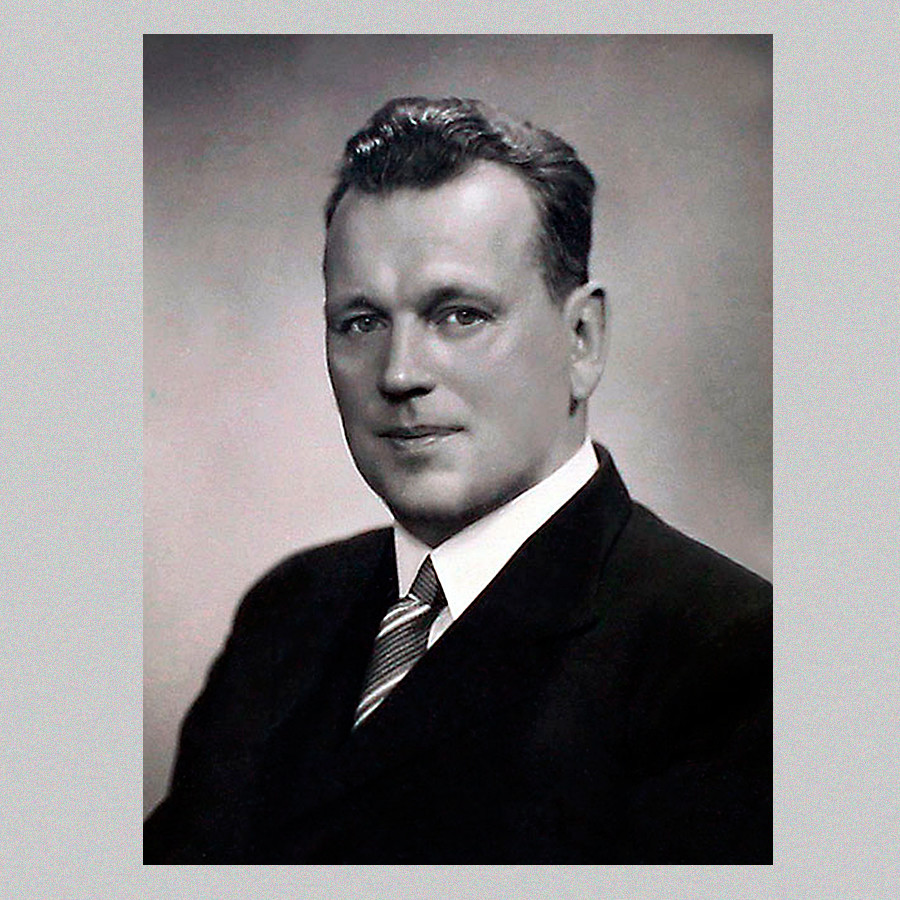 The main factor in success was that the attack came as a complete surprise. The British turned out to be totally unprepared. Neither on the distant approaches to the port, nor even close by was a single sea or air patrol, or security guards. "What is it? Cunning? Maybe they don't want to scare us off with premature shots, so that later they have more time to fire when we retreat? The trick is not new, but is that it?" the captain of one of the Soviet destroyers, Ivan Isakov, wondered at the time.

At 05:19 in the morning on May 18, Soviet ships freely approached Anzali and opened fire on the city. One of the first shells hit the British headquarters. In panic, stunned and sleepy officers jumped out of the windows, utterly unable to organize a proper defense.

“One not so fine morning, we woke up from the sound of cannon fire and shells falling on the port and our ships,” recalled White officer Anatoly Vaksmut: “Having climbed onto the masts, we saw a mass of ships in the sea, firing at Anzali. The British headquarters was in complete disarray, none of their batteries were firing back at the Reds. It turned out that the British had abandoned those batteries, running away almost in their underwear." 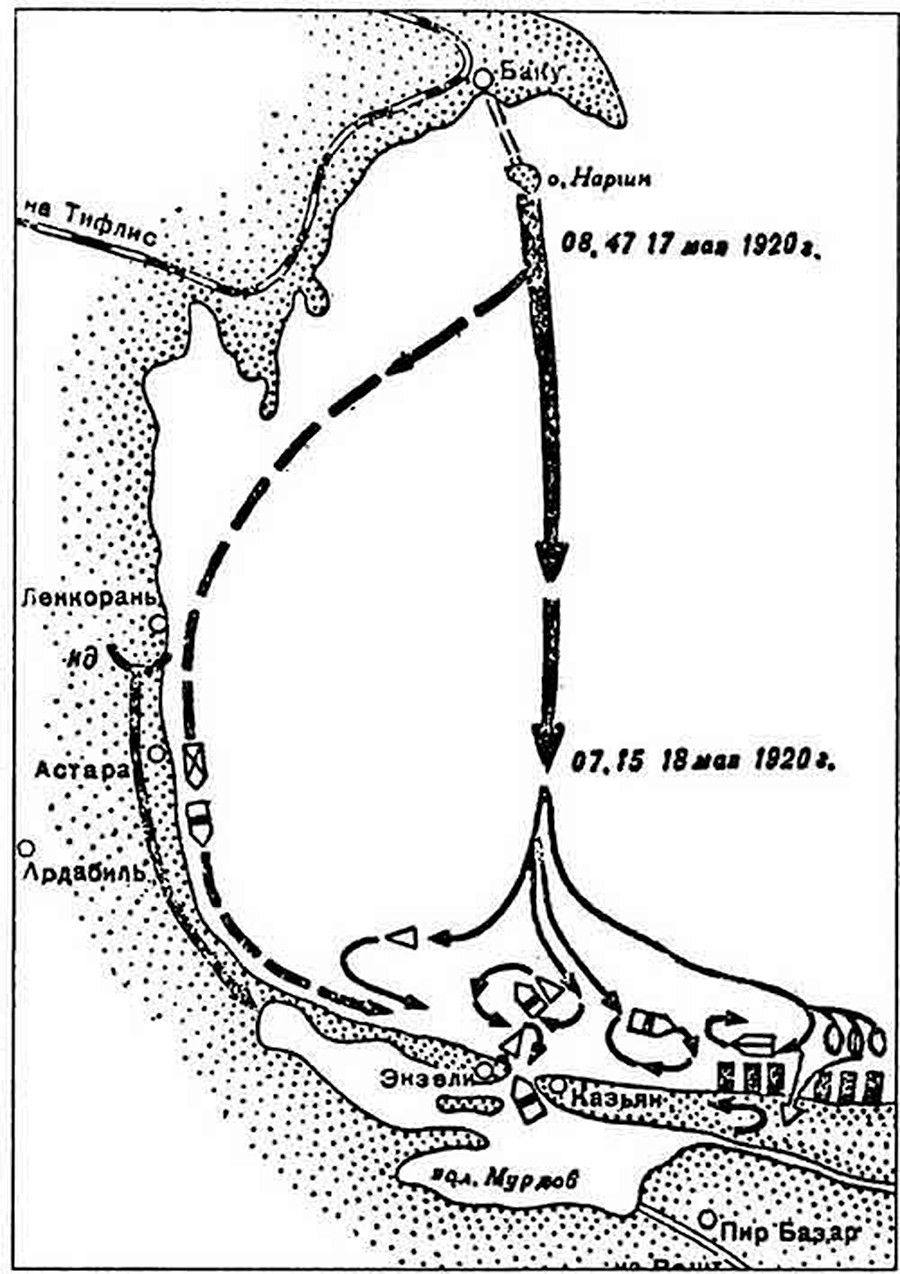 The Soviet landing force suppressed the resistance of the units of the 36th Indian Infantry Brigade, while their ships destroyed enemy machine-gun nests with their fire. Having cut the telegraph line, the Red Army disrupted the British units' communication with their command in Baghdad, while the approaching cavalrymen blocked their retreat to the city of Rasht in the south.

The success was complete. The Reds had one person killed and 10 wounded. The losses suffered by the other side, which asked for a truce, are unknown. As a result of negotiations, British troops and White Guards retreated from the city, leaving not only the entire flotilla, but also more than 50 guns, 20,000 shells, large supplies of cotton, rails, copper and other goods.

“The British abandoned everything, all their warehouses were plundered by the Persians, respect for them was lost, and the whole situation in Persia turned in such a way that we began to feel pride for our fellow Russians, although they were our enemies,” Vaksmut wrote. 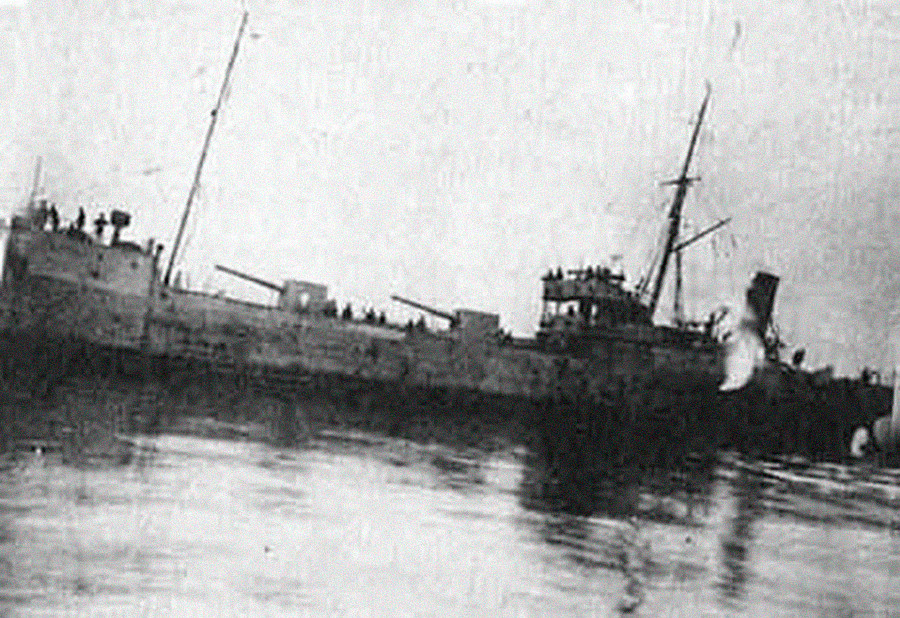 Although the local authorities did not offer resistance to the Bolsheviks, Tehran officially sent a note of protest to Moscow. The Soviet troops, as planned, were ready to leave Anzali, but chance intervened.

The fact is at that time the entire northern part of Persia was engulfed in an uprising against the rule of Ahmad Shah Qajar and British dominance. Inspired by the successes of the Bolsheviks in Anzali, one of the leaders of the rebels, Mirza Kuchik Khan, turned to them with a request to support their struggle.

The sudden chance to kindle the fire of revolution in the east was not to be missed. On May 25, People's Commissar for Military Affairs Leon Trotsky sent a directive to Raskolnikov: “Render all possible assistance to Kuchik Khan and to the people's liberation movement in Persia with weapons, instructors, volunteers, money and other things, handing over the territory we now occupy to Kuchik Khan... Secretly help organize large-scale Soviet agitation in Persia." 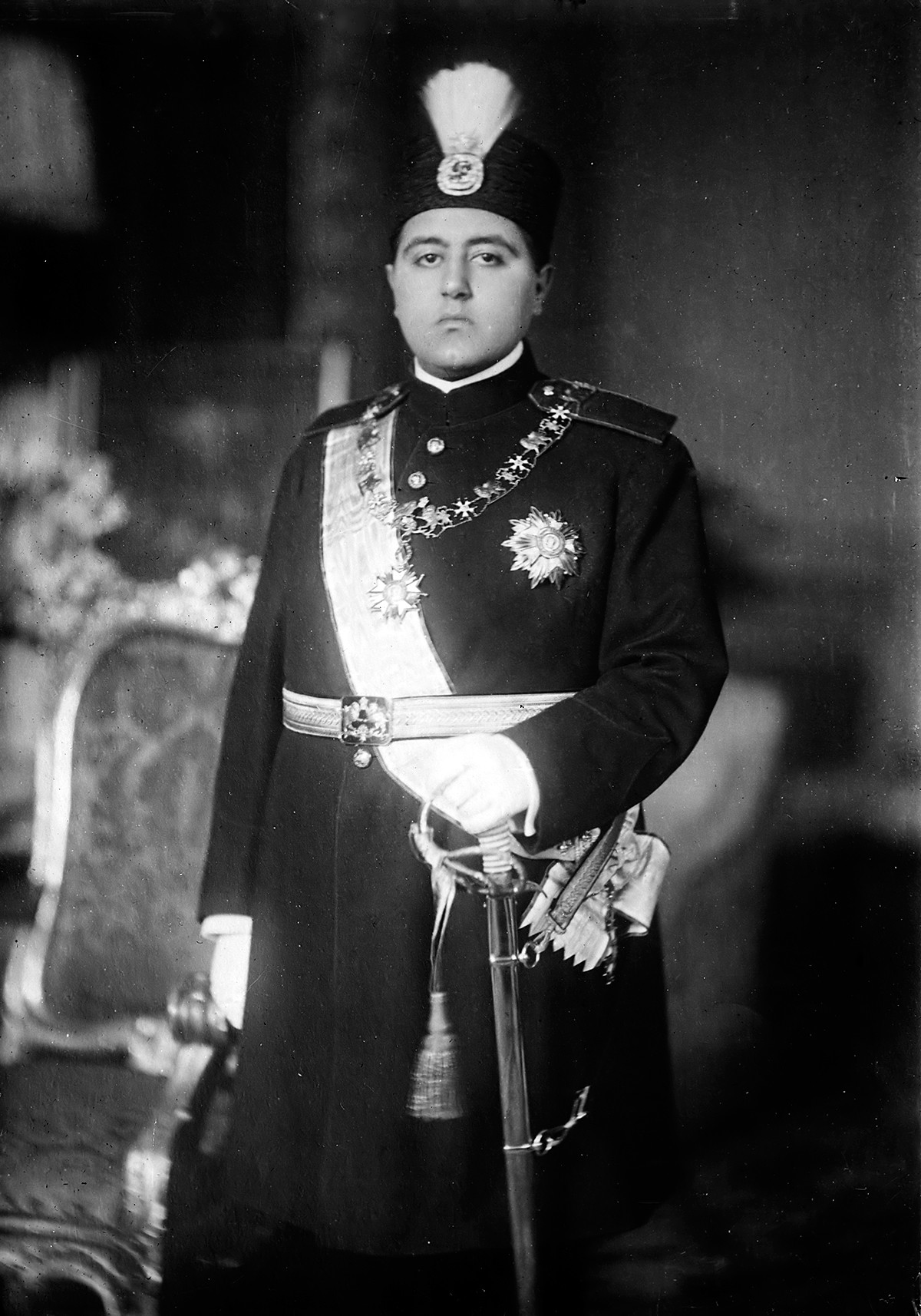 Already on June 4, some 2,500 Soviet sailors with 12 guns and 40 machine-guns helped the rebels capture the city of Rasht, the capital of Gilan Province. On the following day, a Gilyan Soviet Republic was proclaimed.

However, an attempt to expand the "revolutionary liberation struggle" to the entire territory of Persia failed. After a short campaign in neighboring Zanjan Province, the troops of the young republic were forced to return to their positions.

Realizing the futility of their adventure, the Soviet government decided to start negotiations with the Shah. On February 26, 1921, a treaty of friendship with Persia was concluded in Moscow, under which the Red Army was gradually withdrawn from Persian territory. Left without support, the Gilyan Republic was liquidated by Tehran in November 1921. 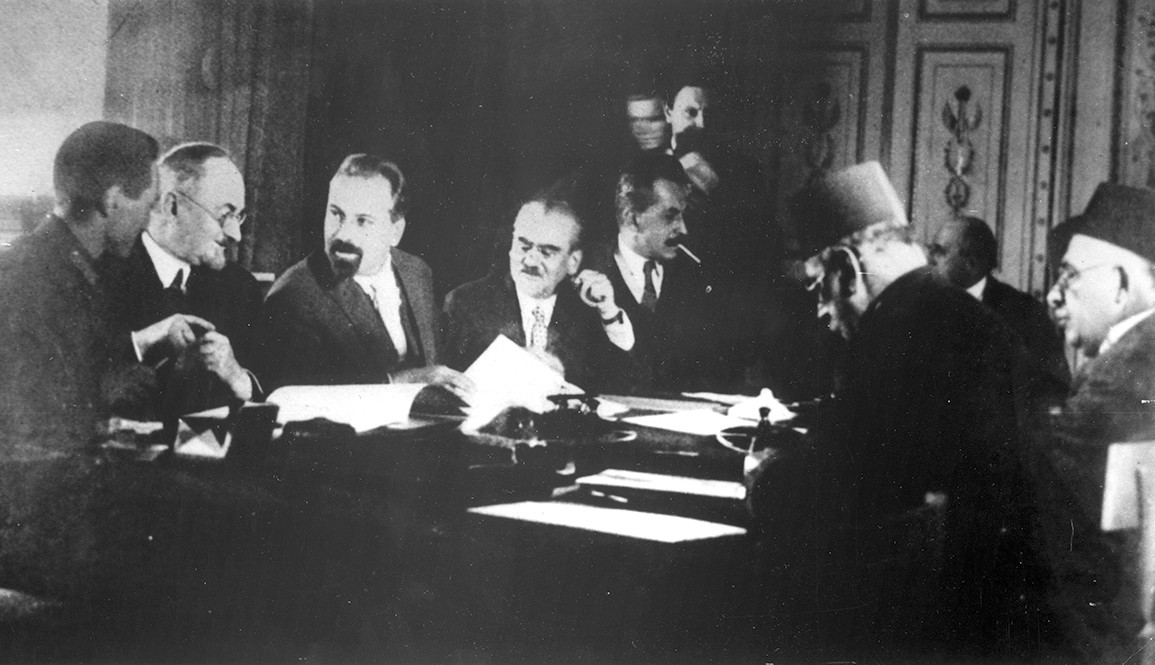 The signing of the Russo-Persian Treaty of Friendship on 26 February 1921.

Twenty years later, in 1941, Soviet troops returned to Iran, which was then under strong influence from the Third Reich. In the course of a joint Anglo-Soviet operation, codenamed Operation Countenance, they temporarily took the country's territory under their control and forced the pro-German Shah Reza Pahlavi to abdicate. The basis for the invasion was Clause 6 of the 1921 treaty, under which the Soviet government had the right to send troops into Persia if third countries tried to turn its territory into a base for military operations against Russia and its allied powers.