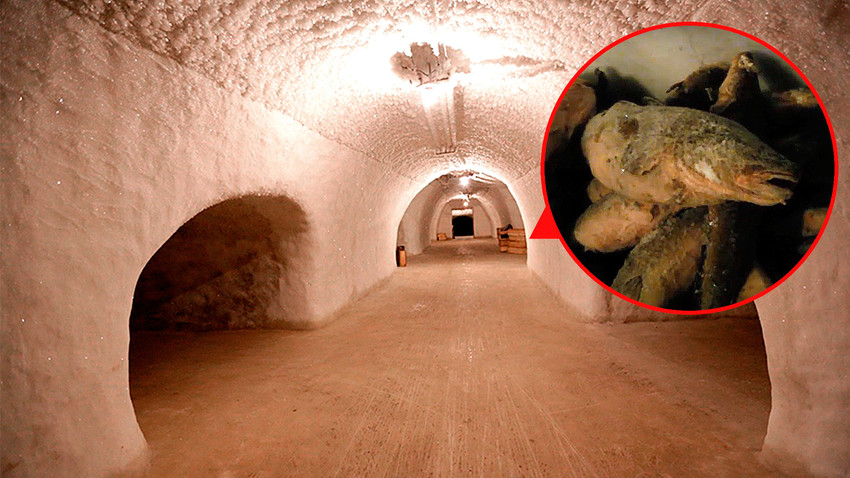 http://portadm.ru/; Russia Beyond
Created by hand to store enormous amounts of fish in the 1950s, the fridge of Novyi Port is still the largest one in the world.

For 6 years (1950-1956), this giant permafrost fridge consisting of 200 caves was constructed using hand labor. It doesn’t melt even in summer and has a status of a material culture monument.

As on many occasions in Stalin times, the job of creating the world’s largest frozen fish storage was carried out by the hands of Soviet people exiled to the Russian North. But why did the Soviet state need a giant fridge built in the permafrost in the Yamal region, where temperatures drop to below 50 Celsius in winter?

Exiles fishing in the North 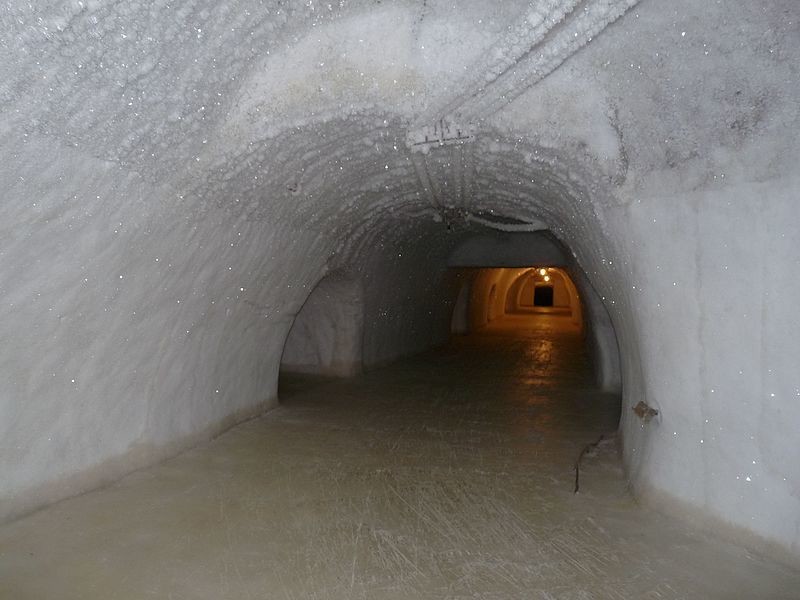 This is how the Novyi Port fridge looks on the inside

In the early 1920s, the newborn Bolshevik state desperately needed money. For a considerable time already, following the turmoil of the Revolution, the Civil War and all the hardships the foundation of the new state brought, geographical explorations had been put to a halt. But soon, they resumed and, in 1920, Soviet explorers found a new quiet bay in the Gulf of Ob, part of the Kara Sea in the Arctic Ocean.

The Gulf of Ob has been utilized since the 17th century, but sailors went straight through it to get to the mouth of the Ob River – now, a safe place had been found where a port could be built. Why? Because the Gulf of Ob turned out to be a place of sturgeon fish migration – which meant delicious fish and caviar. By 1930, a fish factory was built there. The amounts of fish were enormous – by 1940, 60 fishing vessels were employed and a permanent village – Novyi Port – was founded here.

Almost all of the inhabitants of Novyi Port were exiles – Germans from the Volga region, people from Western Ukraine, Moldavians and many others, who were shoved into this freezing region because of war and Stalinist repressions – the first population of Novyi Port was around 1,000 people, with about 400 able to work. 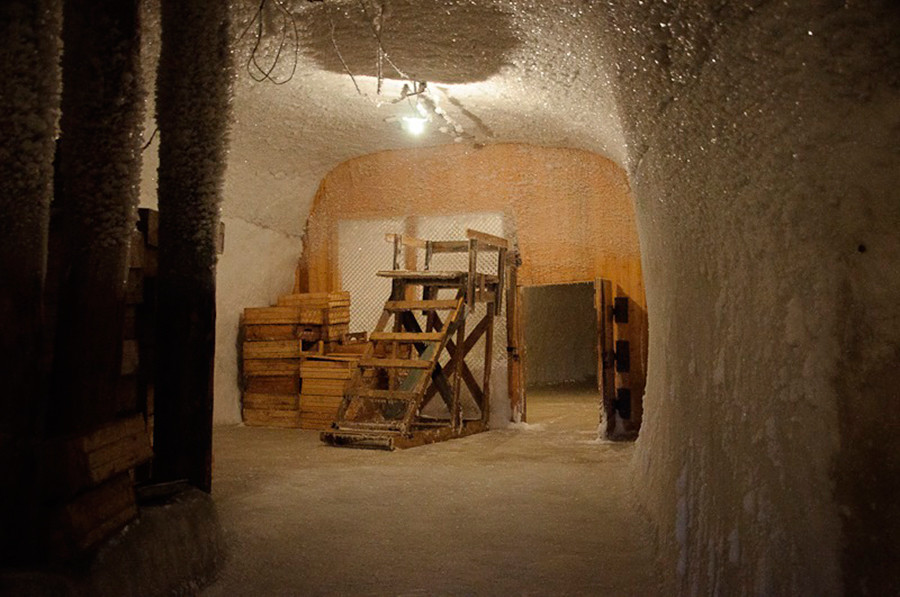 The production of fish grew, but the storage facilities weren’t good enough. While the sturgeon migrated and was caught in the winter period, its transportation to the mainland was performed during summer navigation. Until it began, vast amounts of fish had to be stored somewhere, and the remote village didn’t have enough electricity to power fridges for all the fish to be stored. So a decision was made to build a giant fridge in the permafrost. The Soviet government decided – monstrously enough – that it was cheaper to perform this with hand labor than to transport heavy machinery to the remote region.

A German building a permafrost fridge 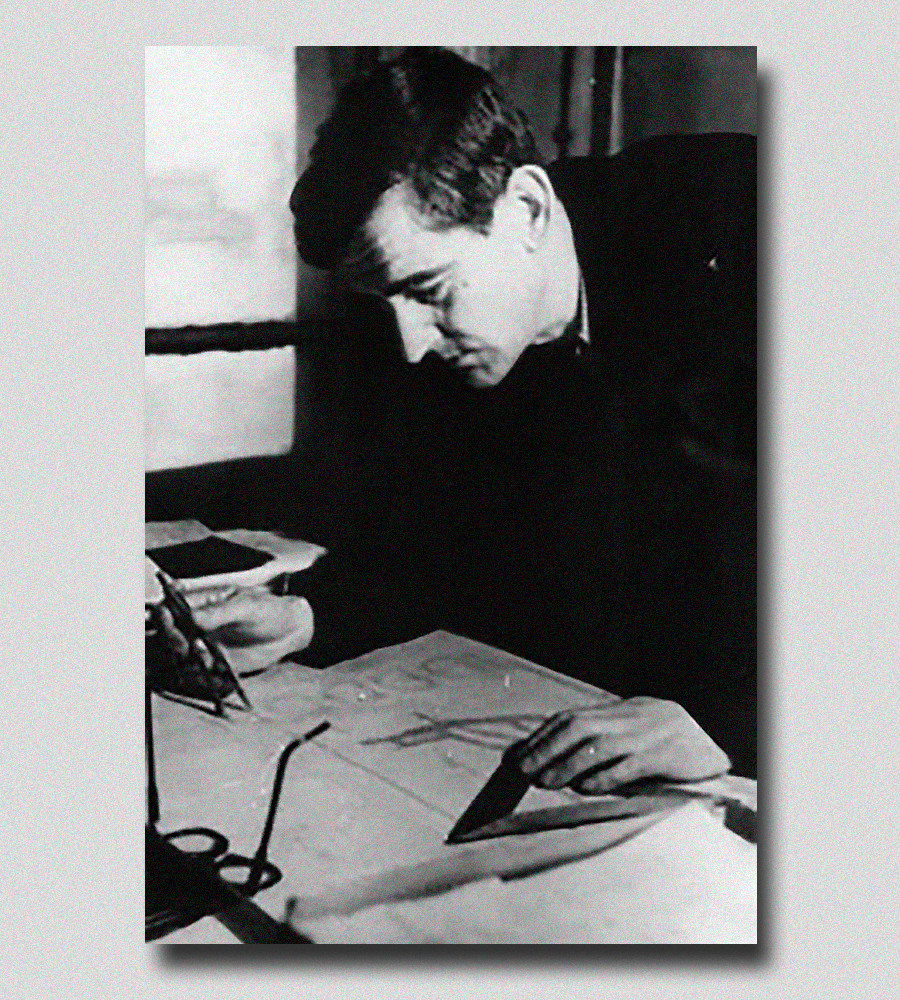 Gustav Beckman, the constructor of the Novyi Port fridge

Gustav Beckman was a German who was exiled to Novyi Port in 1942 at the age of 30 – probably simply because he was German. The USSR had been attacked by Germany a year earlier and was still fighting with it.

Beckman started working in Novyi Port first as a fisherman and later as a technician (his job was to define production quotas for other fishermen – so he knew in detail which amounts of fish were hauled. It was Beckman who offered a design for the fridge and was appointed the chief engineer of its construction. 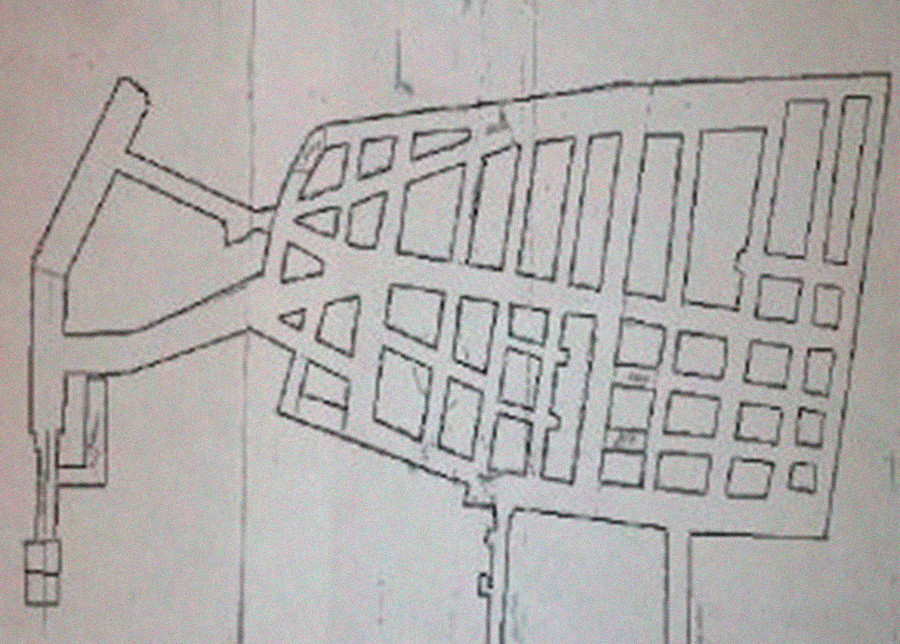 The plan of the Novyi Port fridge

The entrance to the storage facility overlooked the bay and was 2 meters above the highest registered water level. The entrance corridor sloped down with a curvature of 15 degrees, while the floors of the caves were 12-13 meters deep from the ground.

All work was done by hand, using pickaxes to cut through the permafrost. People worked in three shifts, each one consisted of 15-20 men – and, most notably, women, who worked pulling the sledges containing the ice cut from the permafrost out into the open. The whole installation was completed in 6 years. 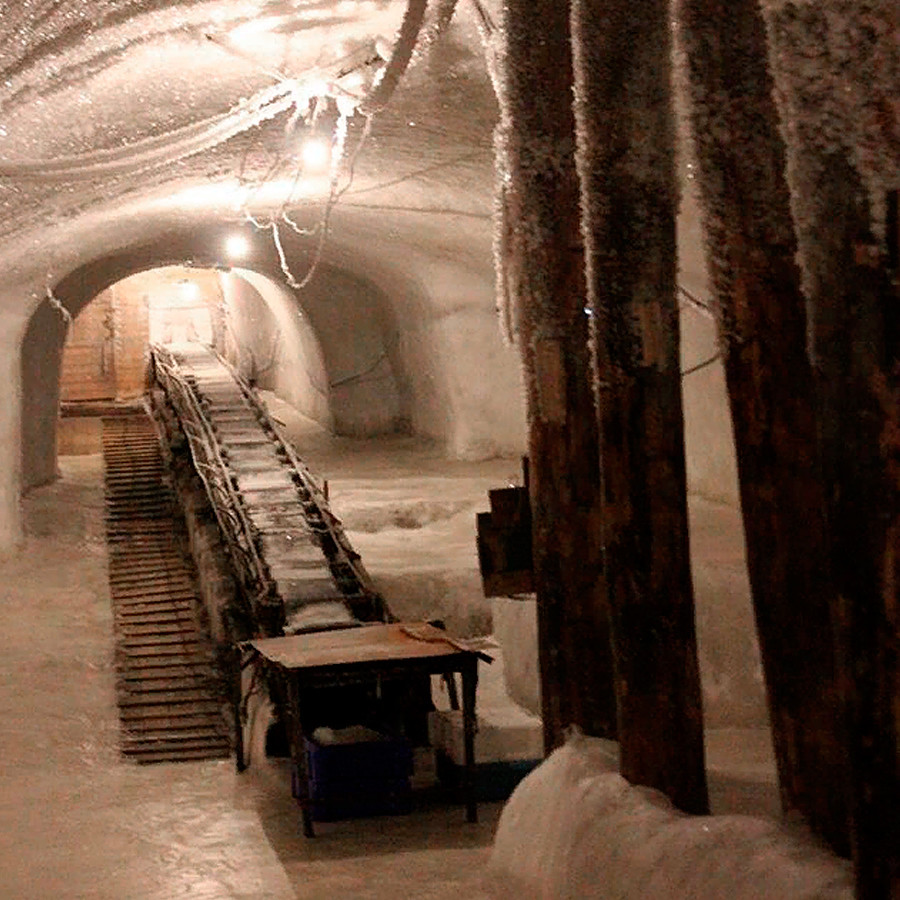 The transporter ribbon inside the fridge

As of 2020, the functioning of the Novyi Port fridge is maintained by engineer Alexander Nelyapin, who has been in charge since 1978. The constant temperature inside is -12°C (10°F).

Since 2008, the fridge has been deemed an object of cultural importance. In over 60 years of its existence, it had never undergone any reconstruction or repair and now, it is undergoing a partial restoration. Elena Dubkova, head of a local institution for the preservation of the cultural heritage, says transport has been banned to and from the Novyi Port territory until 2022, in order to preserve the unique installation from crumbling.

Nevertheless, the fridge is in operation. It can hold up to 1,750 tons of frozen fish, with a volume of 3,200 cubic meters. The total length of its corridors is 1,300 meters. Six ventilation shafts are used to blow the cold air inside the fridge in winter. From January to April, the storage is filled with fish using a transporter ribbon built in one of the three galleries. From April to June, the fish is loaded onto barges that transport it to Salekhard, where it is sorted and packed. The unique installation is, at the same time, a historical monument and an important storage facility that helps preserve and produce the black caviar Russia is so famous for.