Spooky stuff: Contacting spirits of the dead in Imperial Russia 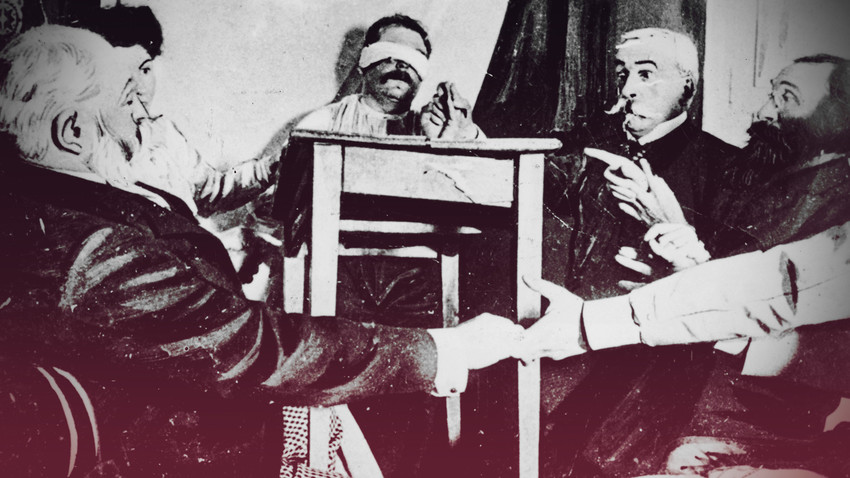 A group of people hold a seance in an attempt to make contact with the dead, circa 1870

Getty Images
High society circles in St. Petersburg in the late 19th century were fascinated with seances and efforts to contact the dead. There was one problem, however. This macabre movement in fact had started as a prank by two young charlatans in the U.S. The fraudulent nature of this pseudo-science, however, didn’t stop educated and powerful Russians from indulging in what is known as ‘Spiritualism’.

In the 1850s, spiritualism spread from the U.S. to Europe and soon came to Russian high-society salons, where it got a warm welcome among the idle rich who were increasingly disillusioned with organized religion, but who also craved something exotic as a way to pass their leisure time.

Just what is spiritualism? The word derives from the Latin word spiritus (spirit) and it was a philosophical trend based on belief in life after death and the perceived ability to communicate with spirits of the dead via mystics known as ‘mediums’. 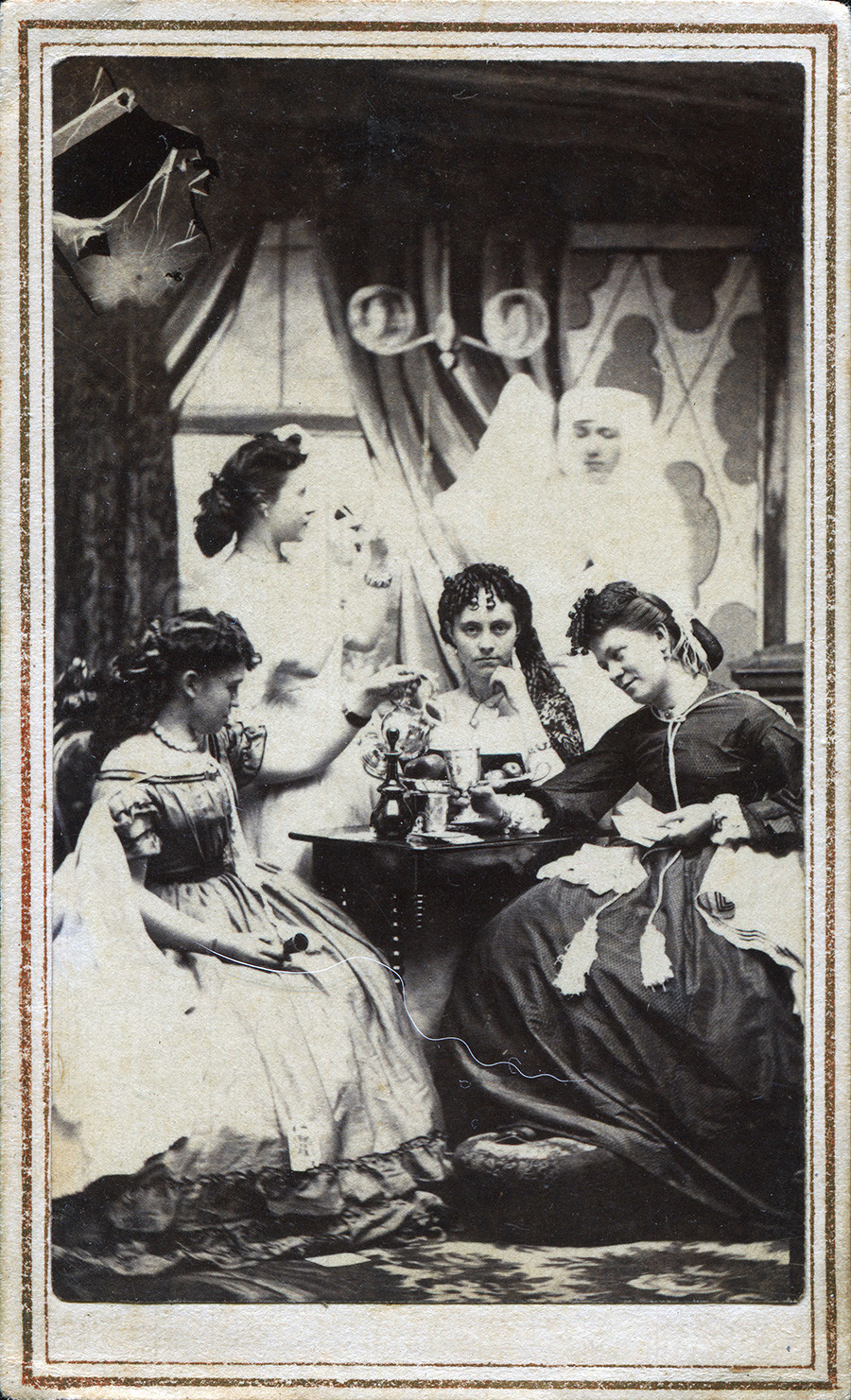 A group of young women meeting in a parlor. A ghostly figure is pictured in the background, Lowville, New York, circa 1860

Today, we know that spiritualism was just nothing more than a fraudulent show put on to astound naive attendees, but in the second half of the 19th century, it was taken seriously by many people.

The movement started in 1848, when a New York newspaper described an alleged case of mystical communication experienced by Kate (age 11) and Maggie Fox (age 14). The two lying and mischievous sisters claimed they made contact with the spirit of a man who was murdered in their house.

None of this was true, however, but that only came to light 40 years later, when the sisters admitted it was a hoax. By then, however, it was too late. Hysteria over spiritualism was all the rage in North America and Europe. 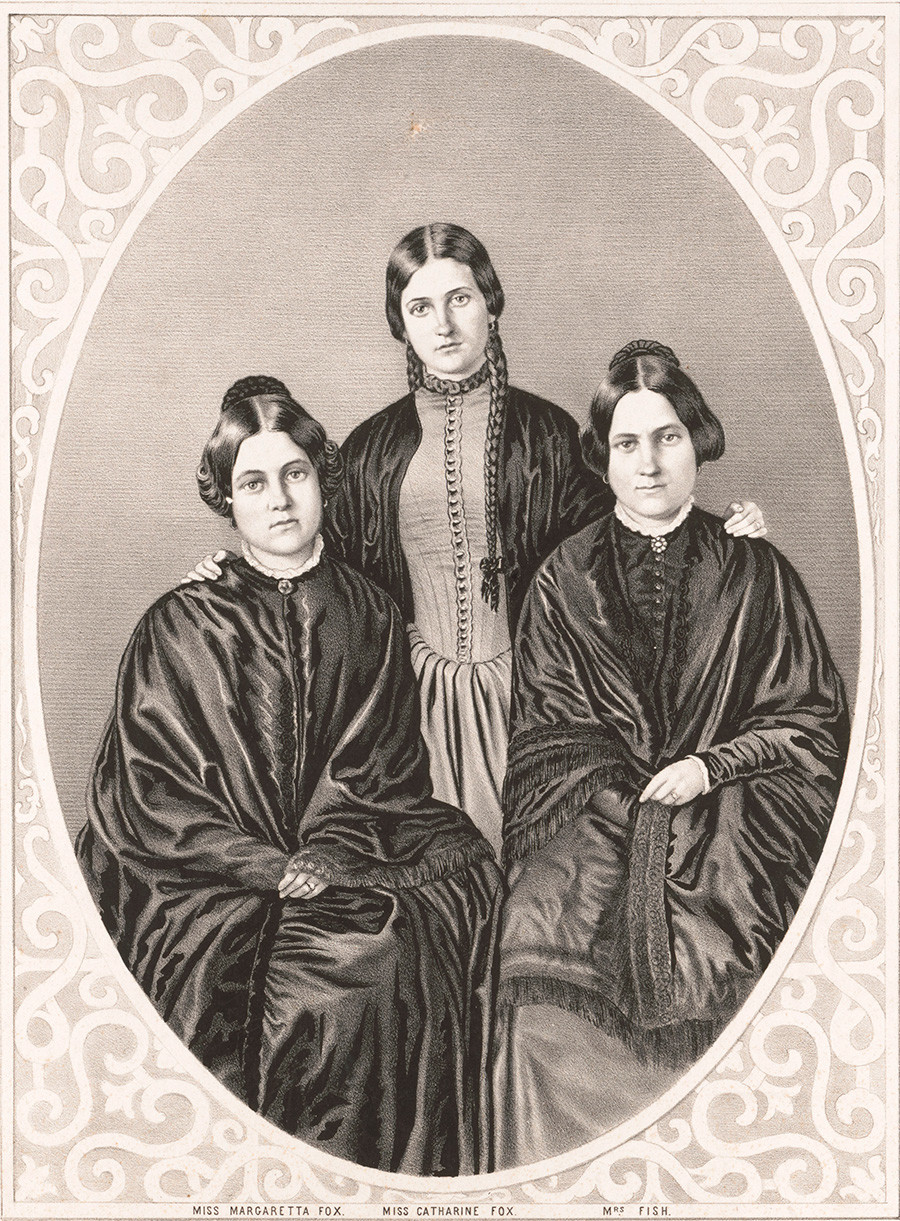 The Fox sisters (L-R: Margaret, Catherine, and Leah) were a trio of spiritualists in the mid 19th-century. 1852

“I regard Spiritualism as one of the greatest curses that the world has ever known,” Kate Fox admitted in an interview in 1888 with the popular newspaper, New York Herald.

The first seances in Moscow and St. Petersburg were held in 1853 and these occult sessions quickly became popular among a narrow section of those two cities’ upper crust. By the 1870s, more common Russians had been duped into believing that contact with the dead was possible and seance activity became widespread in urban society. 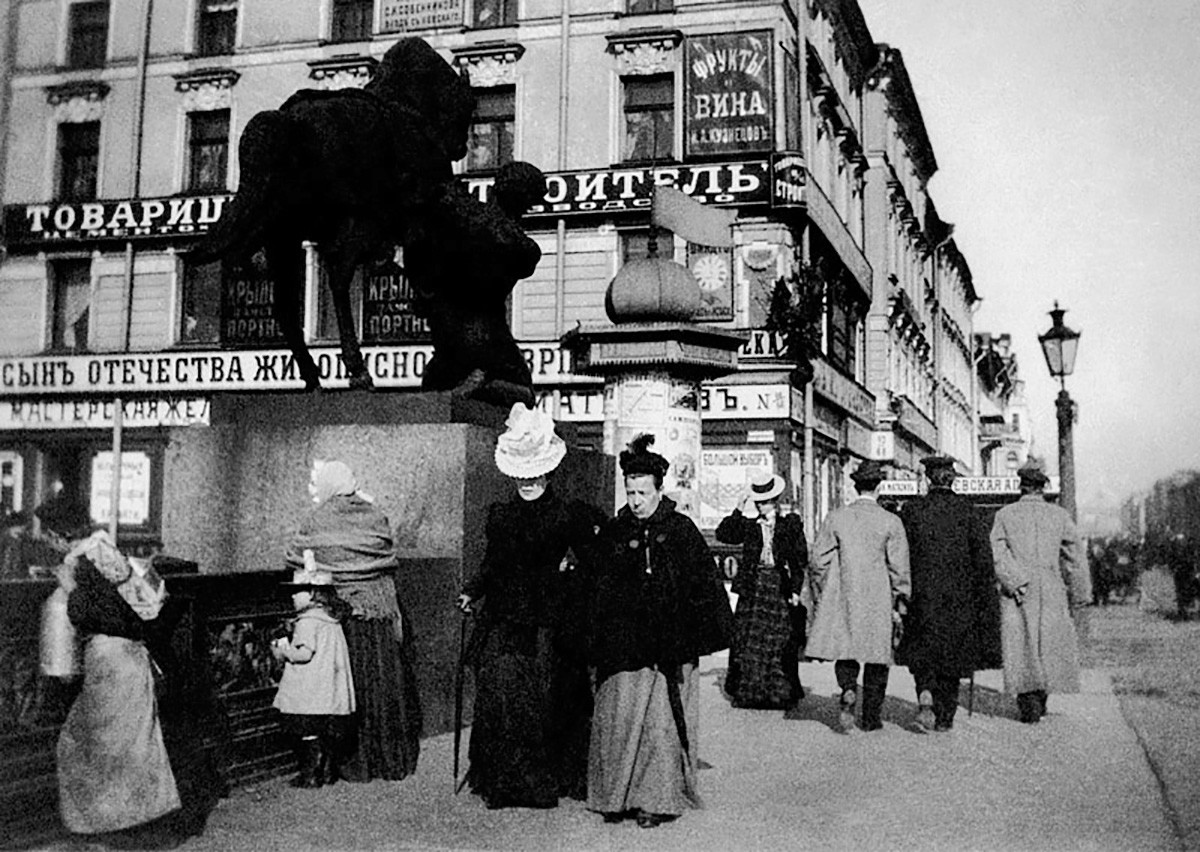 The fashionable rage for seances became so great that, in 1875, renowned Professor Dmitry Mendeleev proposed to form a commission to study spiritualistic phenomena. While the conclusions heavily criticized spiritualism as false, that didn’t dampen the faith of true believers.

“Spiritualism attracted public attention thanks to media articles describing and promoting ‘mediumistic phenomena’,” said Natalia Veprikova, a leading expert on spiritualism at the State Museum of the History of Religion (St. Petersburg). “Press coverage greatly impacted public opinion, not only by spiritualism’s novelty and exotic nature, but also by the fact that eminent scientists acted as its convinced apologists.” 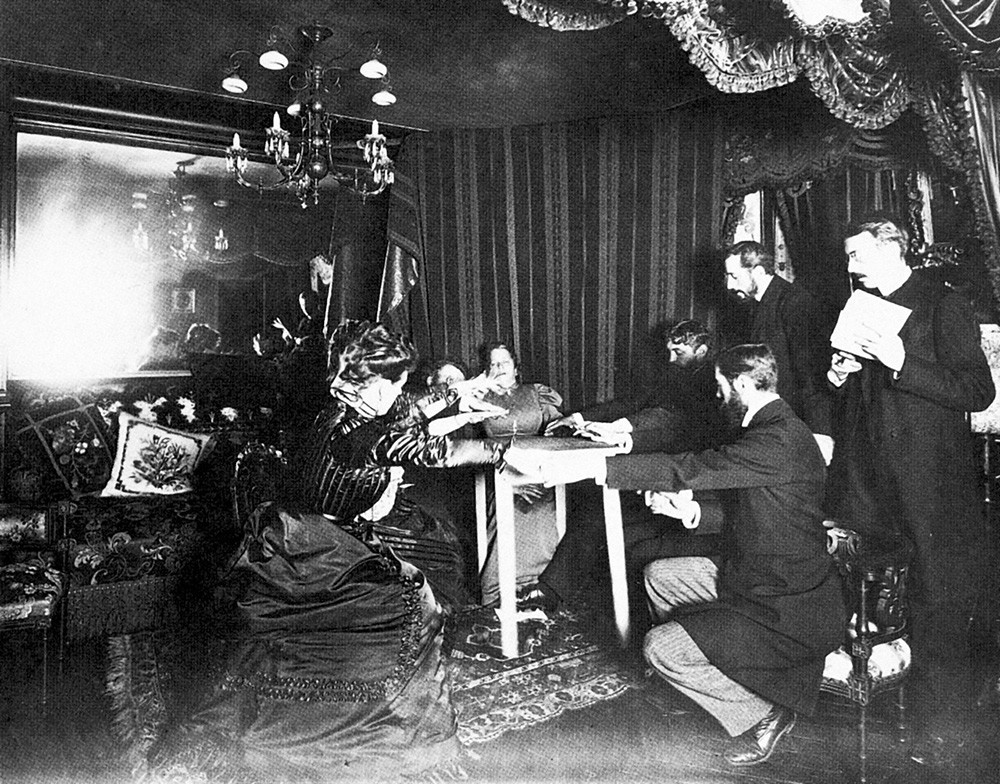 A seanse of contacting spirits of the dead

Russia's Museum of the History of Religion

To make “contact” with the afterlife, followers of spiritualism said there were two prerequisites:

This “contact” with the dead took place in a dark and closed room, with sound and light effects, bizarre knocks, vibrations or movements of objects and furniture, as well as the medium speaking bizarre things in a trance. Again, all of this was arranged by the seance organizers.

Specialized newspapers for spiritualism were published and described the seances in detail. Reports were written according to strict rules: the time and place of the seance, the names of mediums and the bizarre things that happened. Thus, many people were eager to witness this “miracle” of “contact” with the dead. 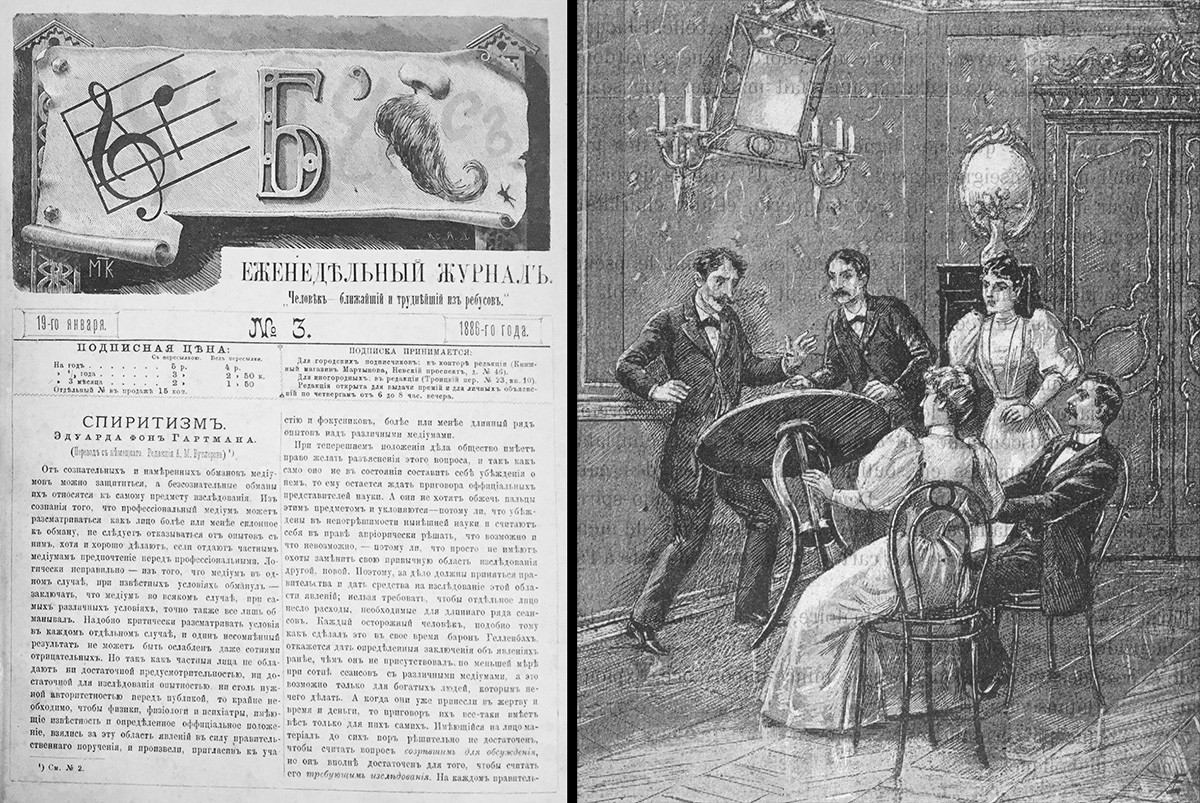 A weekly magazine 'Rebus' was one of the main media on spiritism in the late 19th century.

“Passion for the occult in Russia reached unprecedented proportions and even members of the imperial family entered secret occult societies,” said Veprikova. “Sometimes, when making strategic state decisions, the Romanovs turned to ‘prophets’ and astrologers for advice.”

By 1910, the number of spiritualistic groups in Russia exceeded 3,500, of which at least 1,000 were active just in St. Petersburg. Most adherents came from aristocratic circles, among intellectuals, as well as people in the creative professions and even the clergy.

“The craze among the Russian intelligentsia for spiritualism and table-turning was facilitated by the perception of the movement as part of more complex religious and mystical teachings,” said Veprikova. “Spiritualism thrived amid the overall rise of theosophical societies in Russia at the turn of the 19th and 20th centuries.” 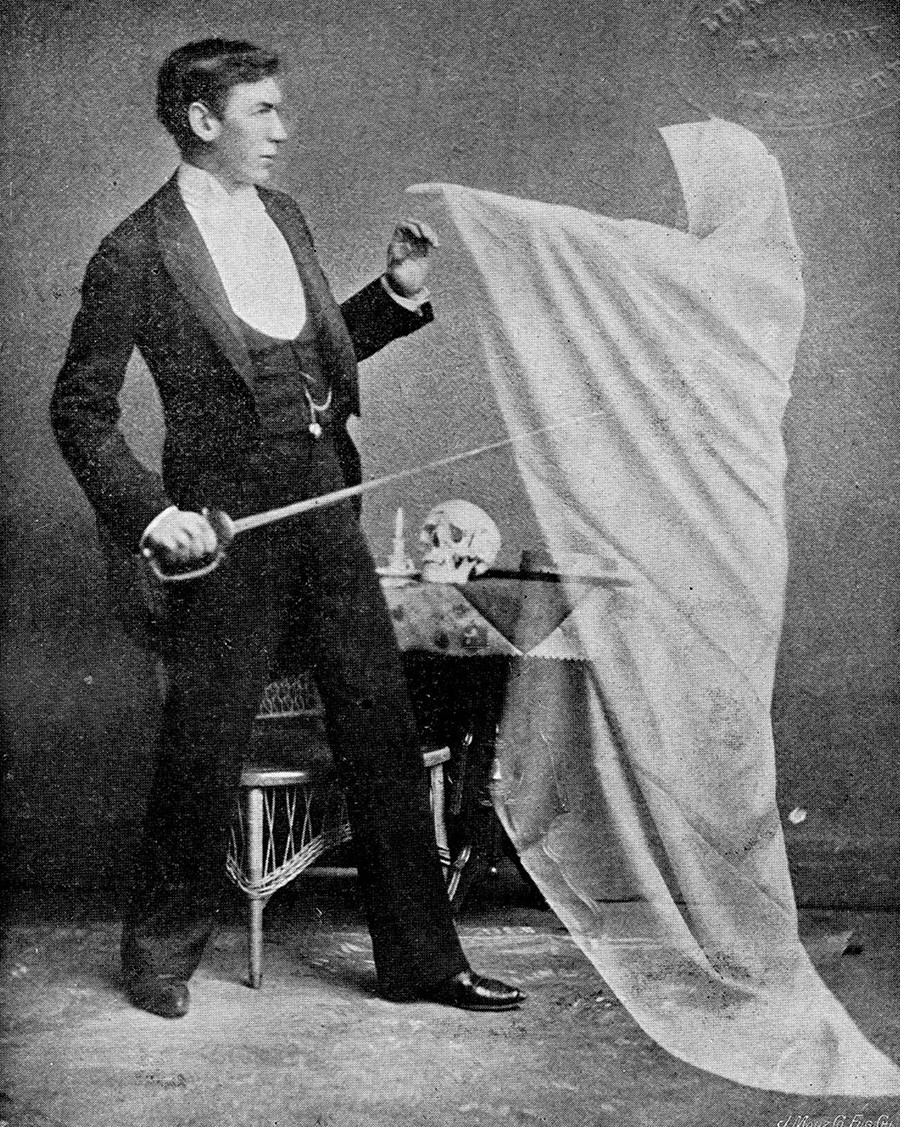 Spirit photograph showing a man with a 'ghost'

With the advent of Bolshevik power in 1917, such superstitions were discouraged and the Soviet state sent agents to occult societies to monitor their activities.

By the early 1930s, practically all spiritualist and occult societies ceased to exist in the Soviet Union. Members of these groups were charged with anti-Soviet agitation and counter-revolutionary activities. 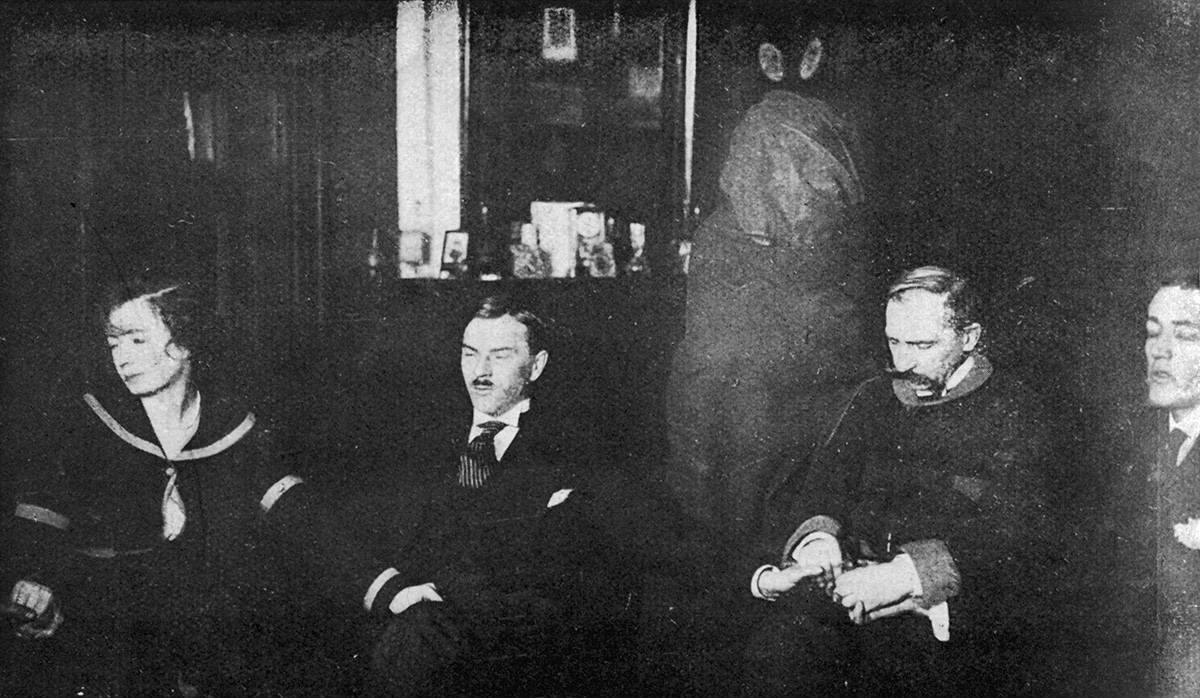 Photo with a mysterious figure swathed in a white shroud in the background, Warsaw, 1919

Since the 1990s, spiritualistic societies in Russia are officially allowed, but mass enthusiasm for spiritualism today is a far cry from the hysteria of more than a century ago.