Was it illegal to own U.S. dollars in the Soviet Union? 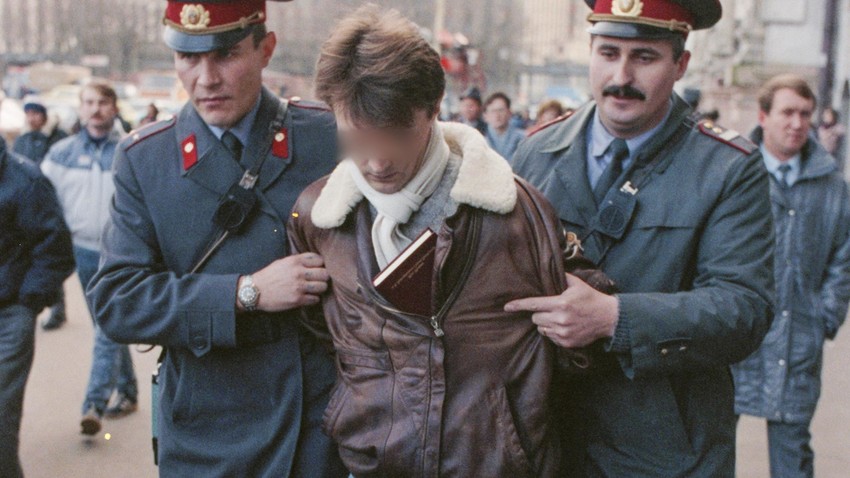 Valery Khristoforov/TASS
As far as the Soviet authorities were concerned, the U.S. dollar was the epitome of capitalism. That is why for a Soviet person, getting hold of a dollar note was almost as difficult as getting hold of a Kalashnikov rifle.

The Soviet people were very much familiar with the dollar sign - it could often be found in Soviet magazines in cartoons ridiculing the West, the “capitalist enemy”. But did they know exactly what a dollar bill looked like? Most of them and for a very long time, did not. Simply because prior to the collapse of the USSR, many people had never held dollars in their hands (there were even cases when fraudsters sold red dollar notes on the black market, assuring buyers that red dollars had a better exchange rate abroad).

There were very strict rules in the USSR for buying any foreign currency. A violation of these rules could result in severe punishment, up to execution.

Firstly, the state had a monopoly on all foreign exchange transactions. There were no currency exchange booths in the underpasses or on the main tourist routes.

Secondly, an ordinary Soviet person dealt exclusively with the ruble. It was only if the authorities allowed them a short-term trip abroad that they could exchange rubles for a foreign currency. Foreign exchange transactions could be carried out only at a branch of ‘Vneshtorgbank’ (the USSR’s bank for foreign trade) and only before noon. Customers were allowed to enter the bank in small groups and, at the entrance, two policemen checked if they had permission to travel abroad. 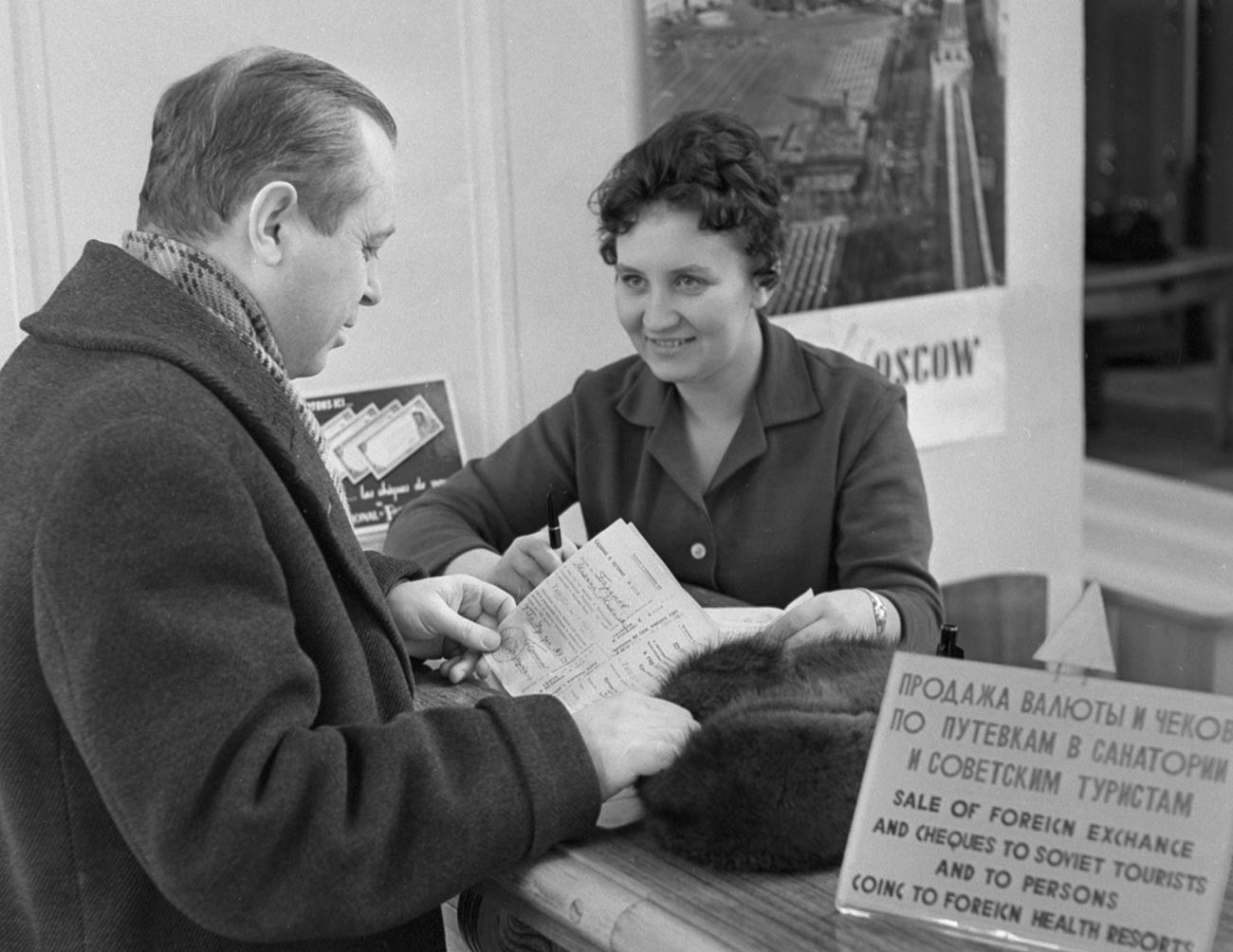 State Bank of the USSR

Upon returning to the Soviet Union (having listed all one’s foreign currency in a customs declaration), a person had to hand it over to the state within several days. In exchange, they were issued with special certificates that could be spent in the ‘Beryozka’ chain of stores. Unlike ordinary stores with empty shelves and shortages of everything, Beryozka stores were chock-full of stuff to buy. However, those who had Beryozka certificates were very few: usually, they were diplomats, sailors, members of the party “elite”, athletes or actors. 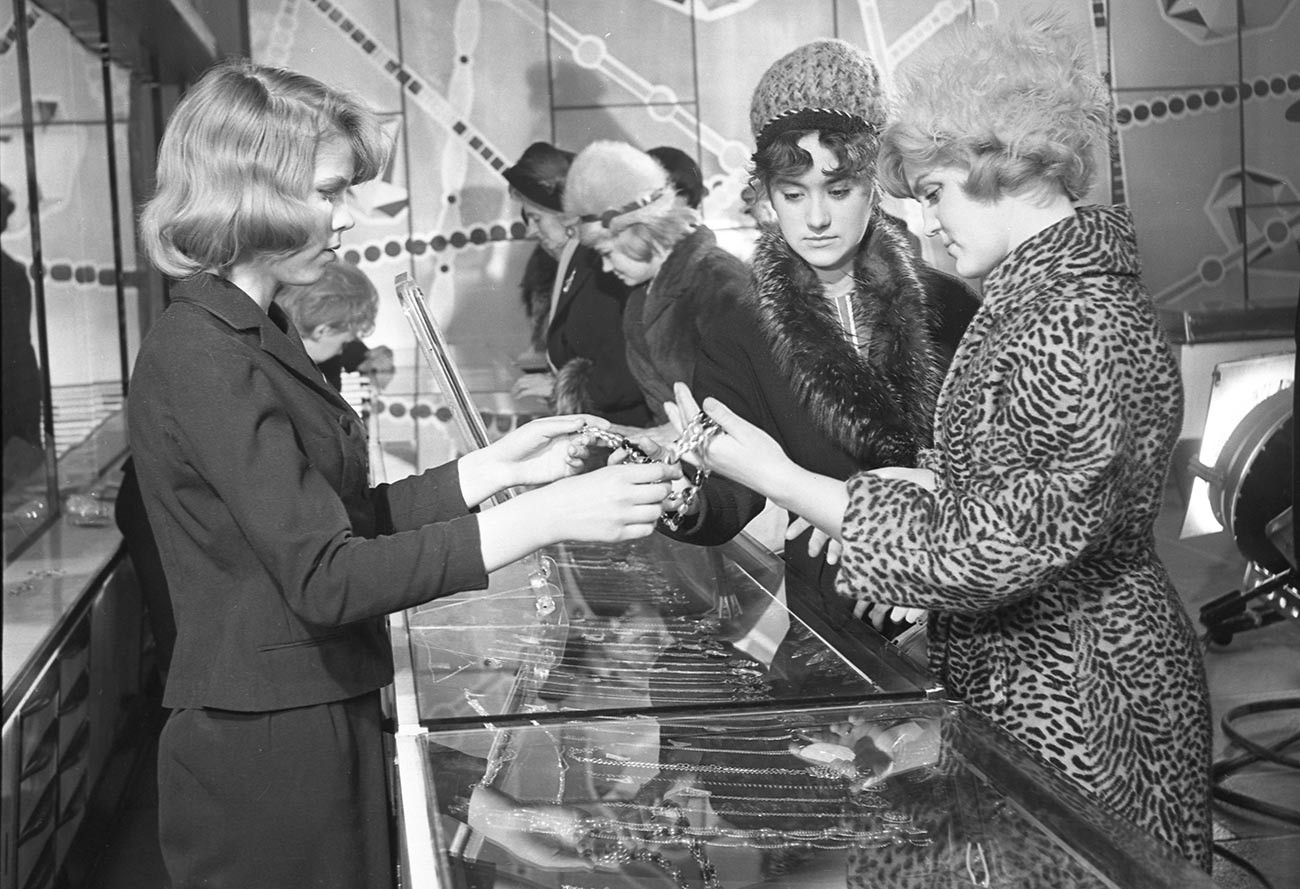 Customers of the "Beryozka" store in Leningrad.

However, this procedure applied only to money exchanged within the Soviet Union. For foreign currency earned abroad, another procedure was in place: First, the person who earned the money in foreign currency had to hand it over to the state, which took an interest from it and put the rest into a bank account in the person’s name. Cash from this account could be withdrawn only on subsequent trips abroad.

To transfer money abroad and cash it in a foreign bank, a special permission from the state was needed, too. 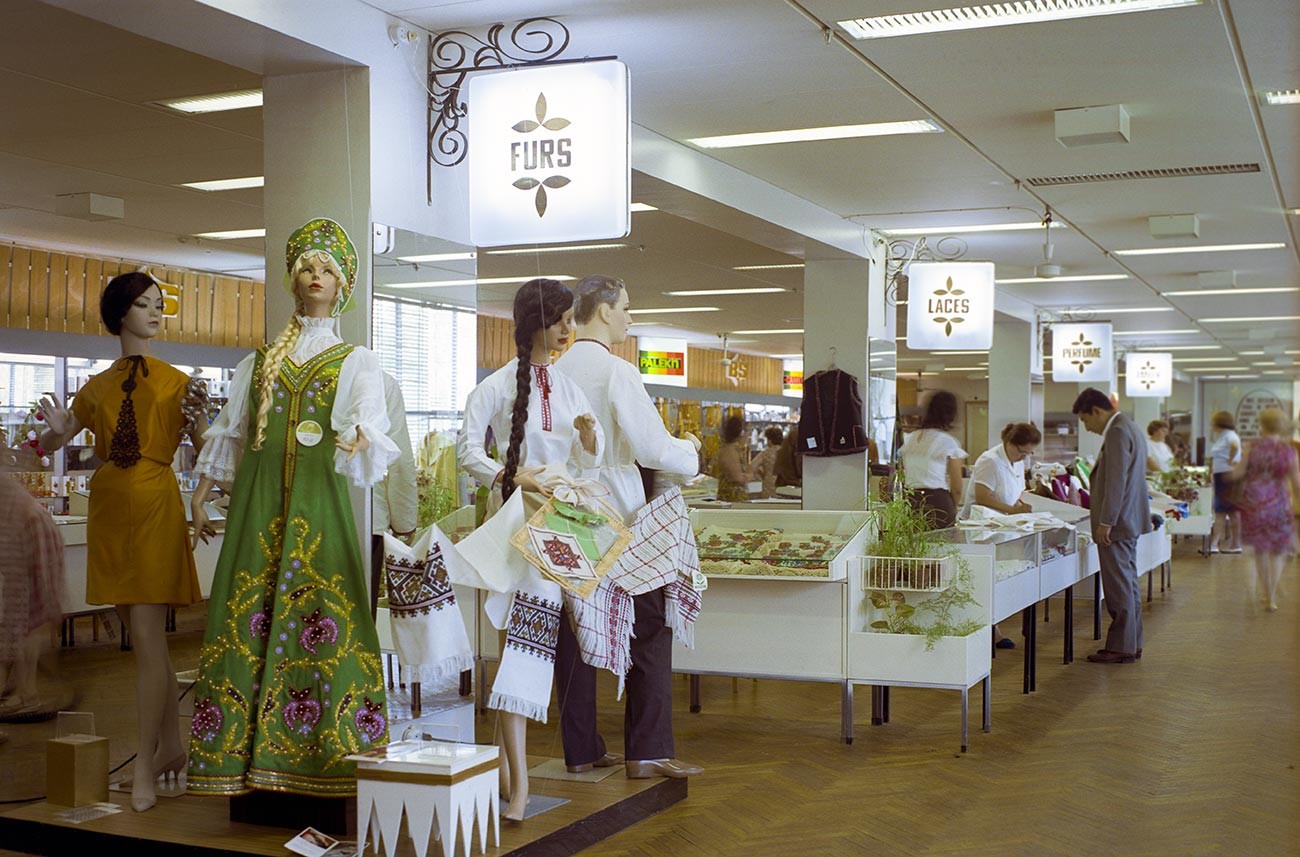 Trading floor of the "Beryozka" store.

All these rules did not apply to foreigners, who were free to spend their dollars in Beryozka stores or exchange them for rubles at the official rate. You may wonder how the rate was set if dollars were not in free circulation and their value was not driven by the market forces of demand and supply. Well, the Soviet system took care of that, too. 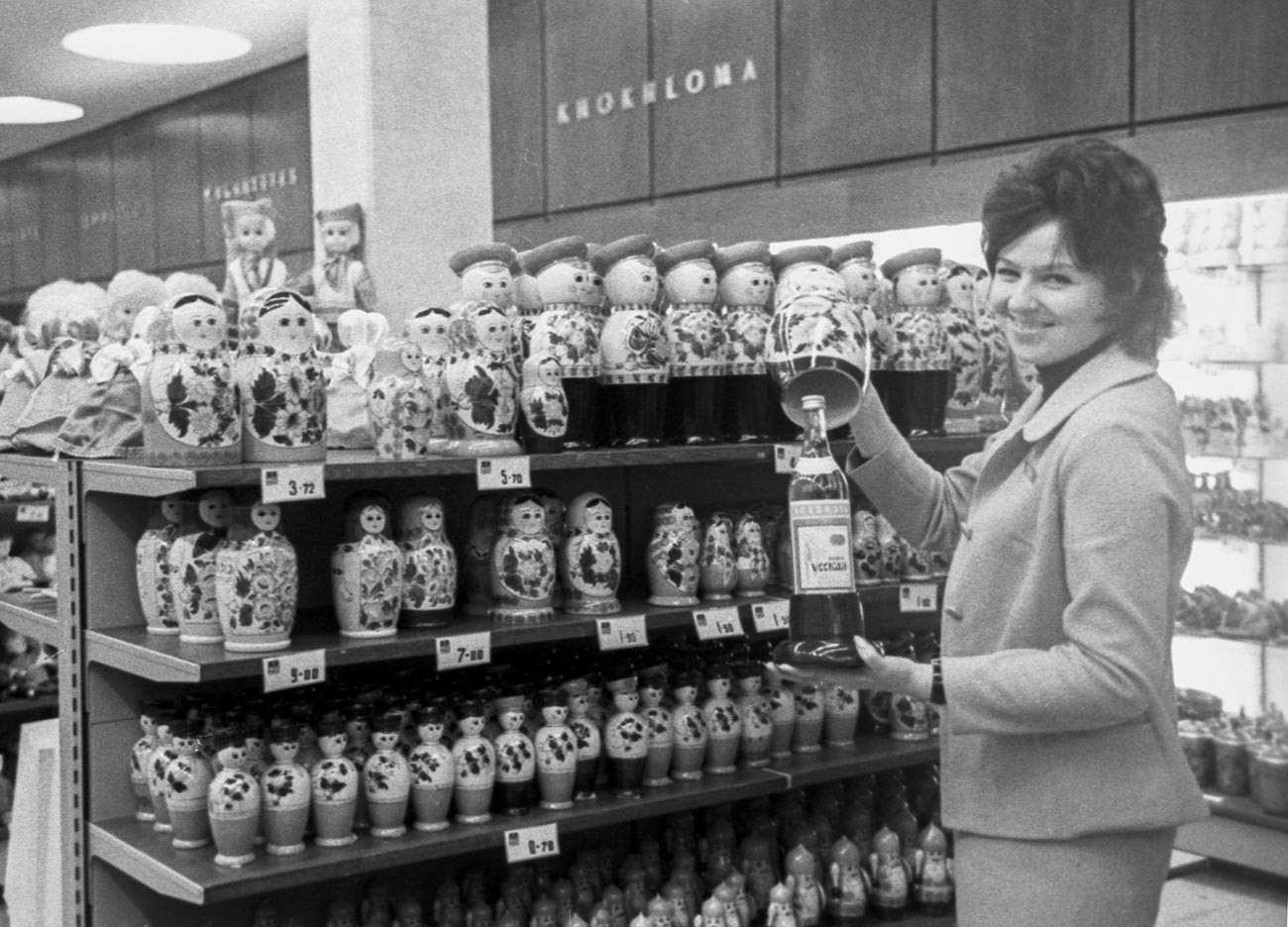 Even when a person had official permission to exchange rubles for dollars, there was a limit on the amount that could be exchanged: officially, no more than 30 rubles. “Soviet people would carry suitcases full of canned food on trips abroad, so as not to waste precious foreign currency on buying food and instead spend it on clothes,” social media users recall.

At 67 kopecks to a dollar, the official exchange rate was unjustifiably low. Paradoxically, every month the official Izvestia newspaper published the ruble exchange rate to foreign currencies, with minor fluctuations from month to month. That is, every Soviet citizen could read that, for example, in September 1978, 100 US dollars would cost them 67.10 rubles; 100 French francs, 15.42 rubles; and 100 German marks, 33.76 rubles. 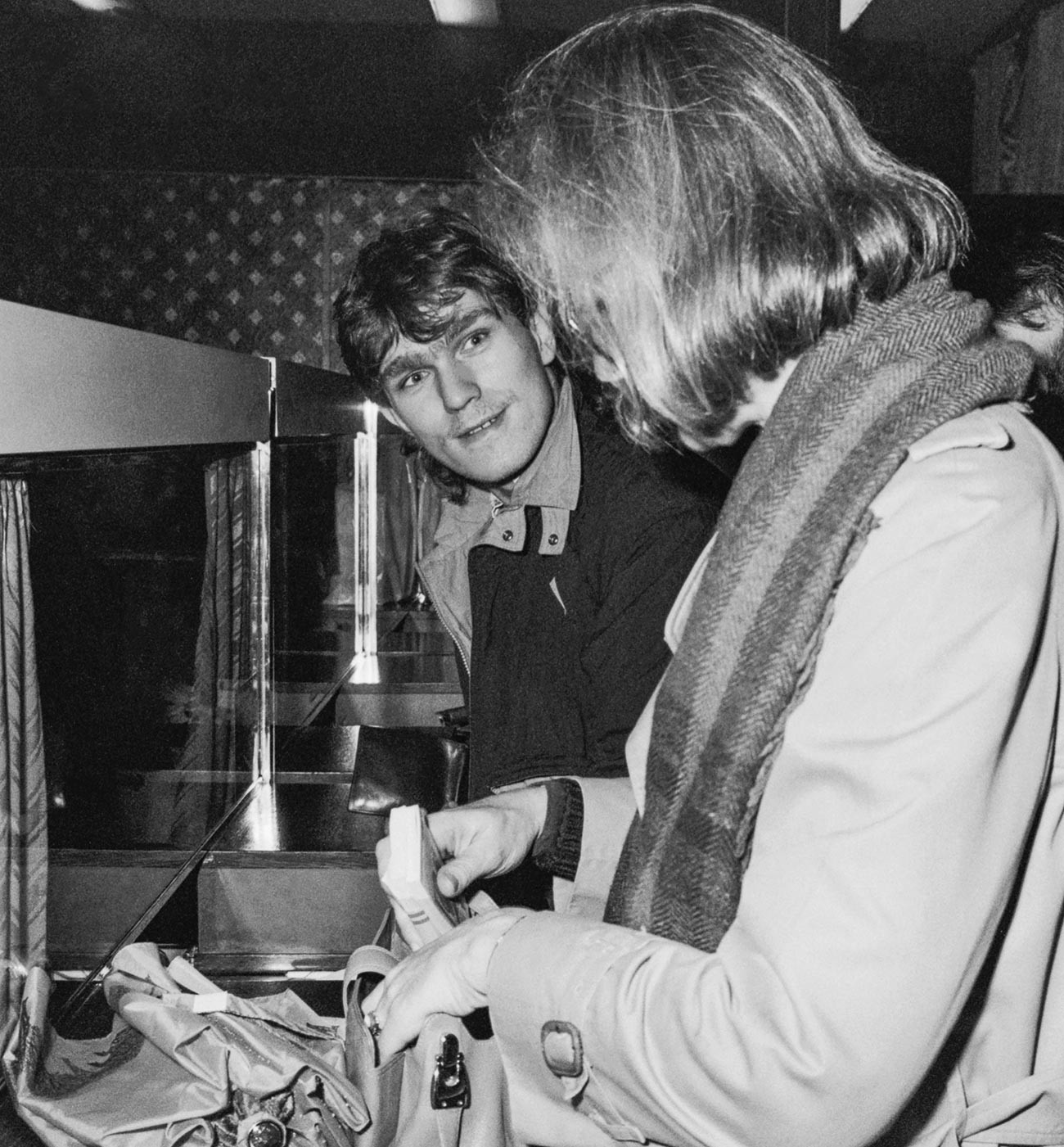 Foreign citizens during currency exchange at the "Intourist" hotel bureau.

Looking at these exchange rates, the reader was supposed to reach only one conclusion: the Soviet ruble was the strongest currency in the world. The publication of these figures pursued only one goal, that of propaganda. Whereas the real market value of the Russian ruble was very different indeed.

Explaining the Soviet ban on the dollar, Joseph Stalin said: “If a socialist country pegs its currency to a capitalist currency, then this socialist country must forget about an independent and stable financial and economic system.” 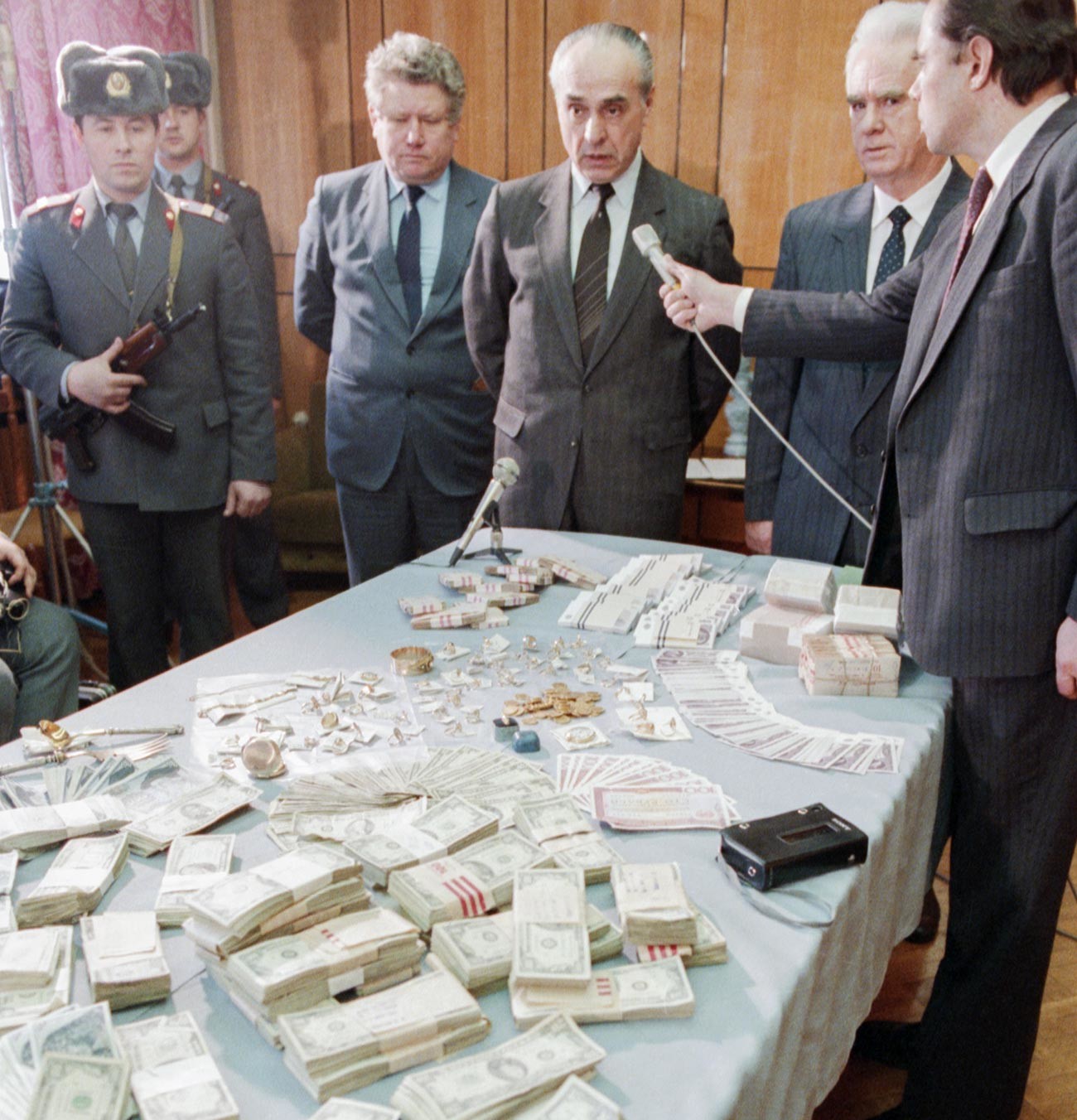 Confiscation of valuables confiscated from speculators.

Illegal dealing in foreign currency was punishable with up to eight years in prison. In 1961, already under Nikita Khrushchev, Article 88 was added to the Criminal Code, which envisaged a punishment from three years in prison to the death penalty (execution by shooting), if dealing was in particularly large amounts.

Such severe persecution of foreign exchange dealers was a reaction to a thriving black market that operated despite all official bans. It was there that the real exchange rate of the Soviet ruble to the US dollar was set, and it was not 67 kopecks, but 8-10 rubles to a dollar. 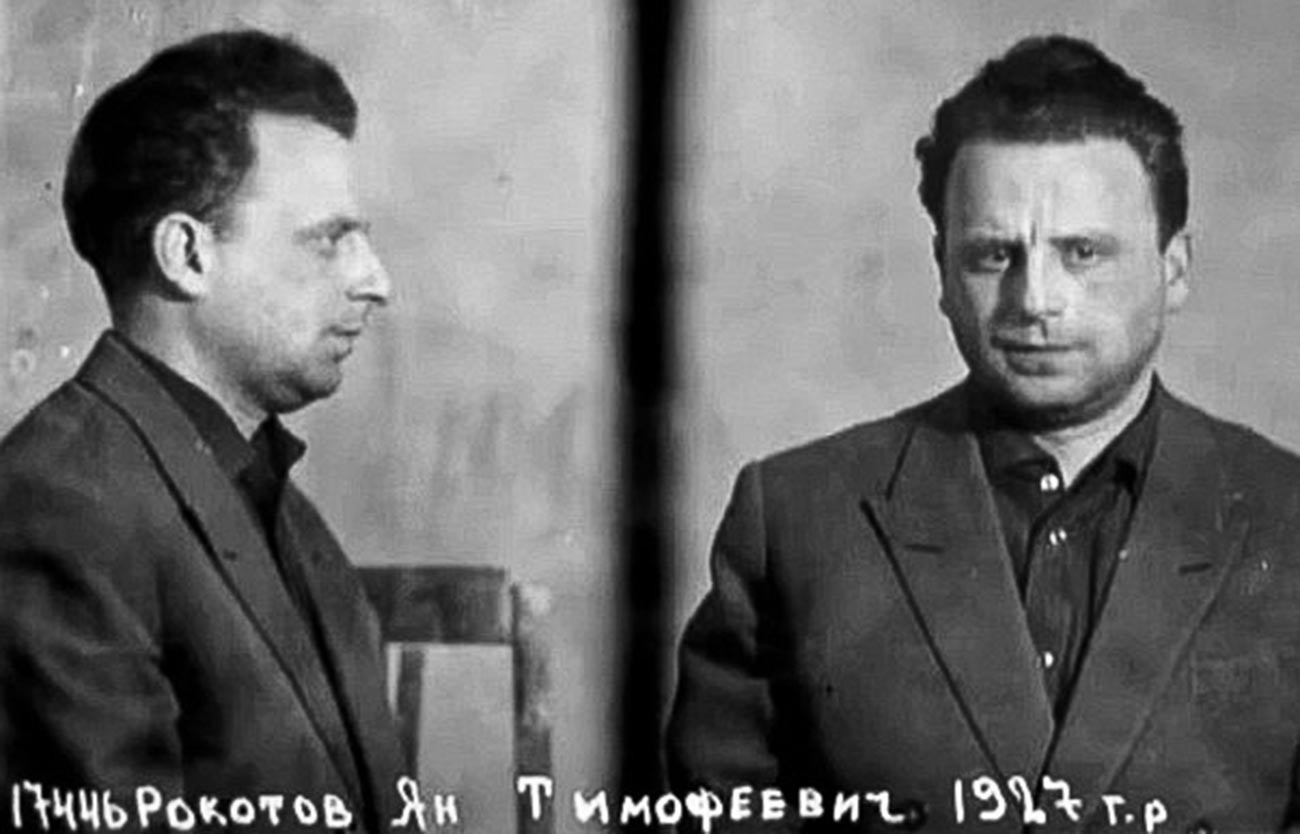 Black market dealers bought dollars from foreign tourists, lying in wait for them at hotels. For their part, foreigners readily agreed to sell their dollars to the dealers since the latter paid them five to six times the amount they would get from a Soviet bank at the official rate.

The Stalin-era ban on the circulation of foreign currency and capital punishment for foreign exchange dealing remained in force in Russia until 1994. Although, the authorities began to turn a blind eye to these violations even before then. As one user recalls now: “I ordered two shots of vodka and two ham sandwiches at the bar (the year must have been 1990) and silently put my first dollar (I had been given it as a present) on the counter. Also silently, the bartender even gave me some change for it in rubles.”