A day in the life of a Soviet female miner (PHOTOS) 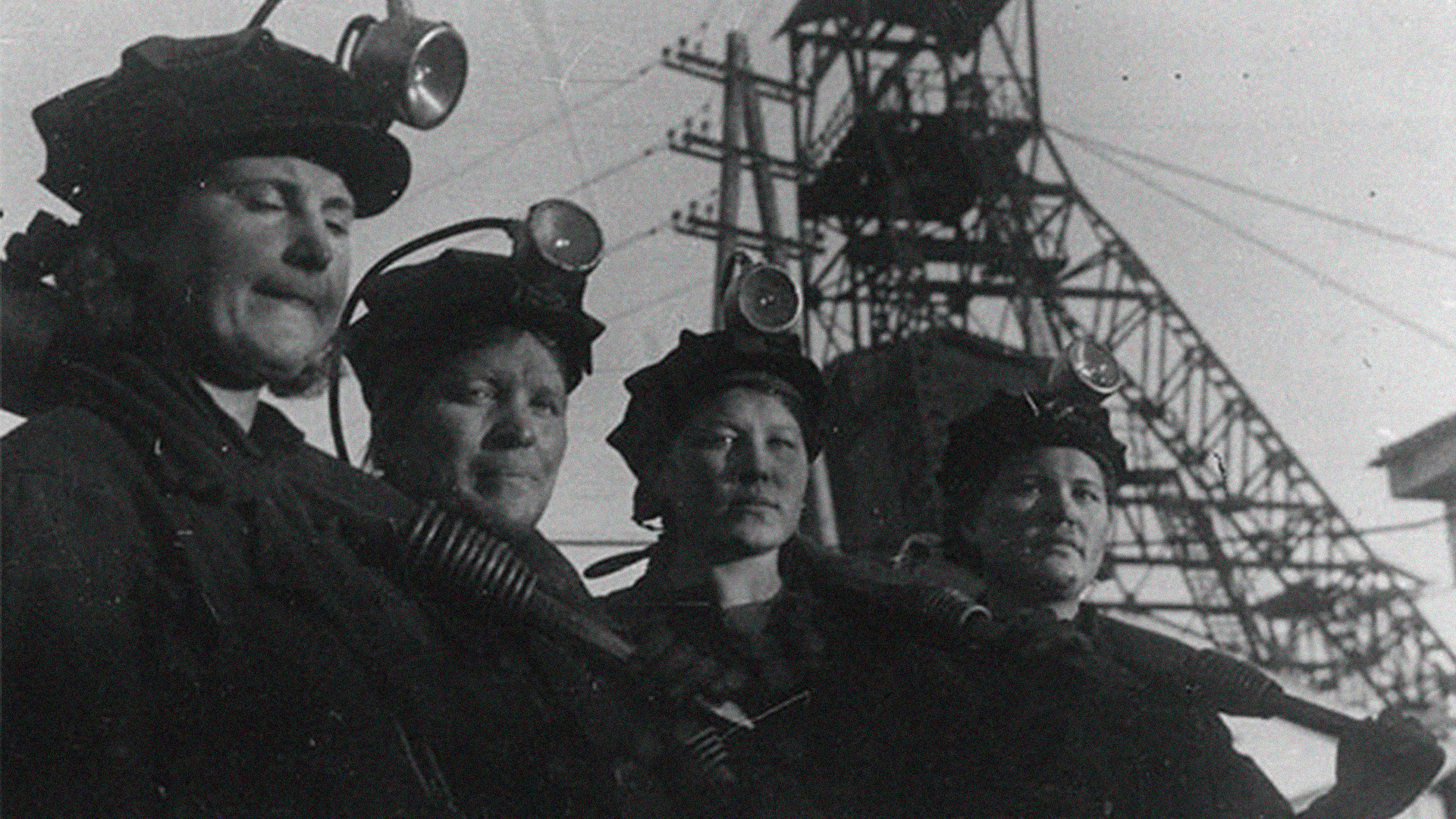 Archive of the prokopyevsky Museum of local lore
In today’s Russia, women are officially banned from working in coal mines. But things were different in the USSR, where more than 200,000 women worked as miners and produced three times the quota.

Before the 1917 Bolshevik Revolution, in many industries, women and children worked on an equal footing with men, albeit for less pay. There was one industry, however, where female labor was prohibited: coal mining.

After the revolution, the country needed more workers and so the restriction was lifted. Later, in 1931 and 1938, lists were drawn up of mines where women were allowed to work, including one in Kemerovo Region. 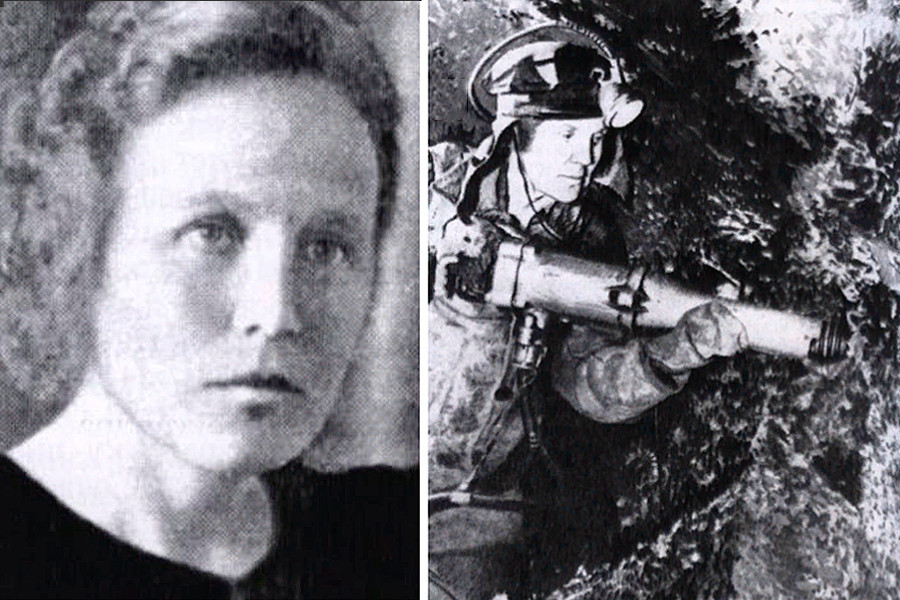 With the beginning of the Great Patriotic War, any lists became irrelevant, replaced by the slogan: “A wife must take the place of her husband, son, father, brother.” Women joined men down the coal mines in large numbers and from July to December 1941, the number of women in the mines of the Kuznetsk Basin increased from 11,600 to 15,900, 2,600 of whom worked directly at the coalface, according to online newspaper ‘Literaturnaya Gazeta’. 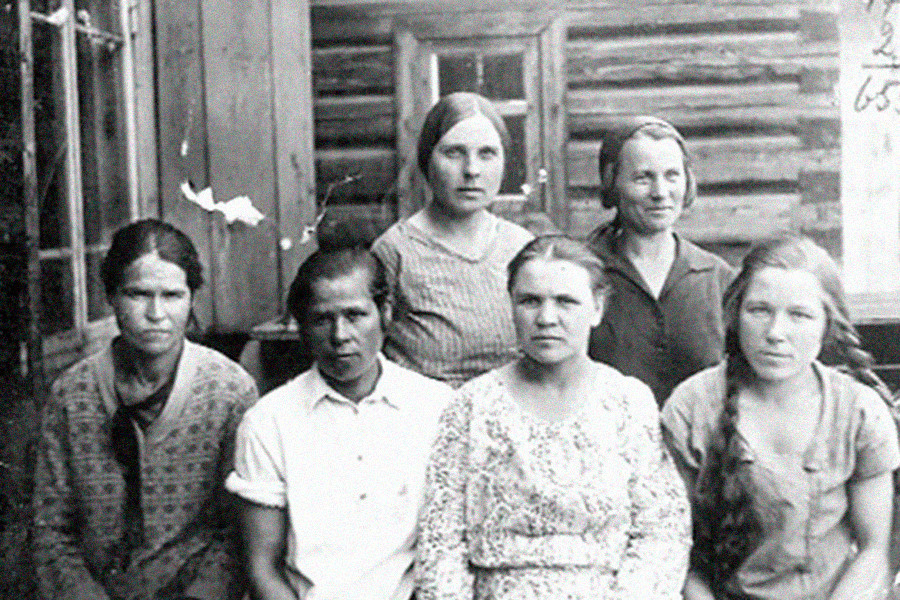 Workers of the Central mine, Shcheglovsk

Archive of the Prokopiev Museum of local lore

“We installed lintels, wading waist-deep through water. Together with the coalface workers, we loaded coal into the wagons and even rolled them manually. Back at home, we had children and a small farmstead with a cow and vegetable garden,” recalled miner Fanaseya Chebanova.

In 1943, a directive was issued on the introduction of female labor into the coal industry, which proposed an entire plan to train women to work as coal miners with a view to replacing 80% of the men.

“The women were 20 years old, and I was 26. The jack hammer weighed 17 kg, the seam was three meters high. You had to keep the hammer suspended throughout the shift... The dust, the roar... We went to the surface with hands and feet completely numb. But our quotas were always overfulfilled,” recalled the head of one of the Kuznetsk Basin brigades, Alexandra Ladayun. 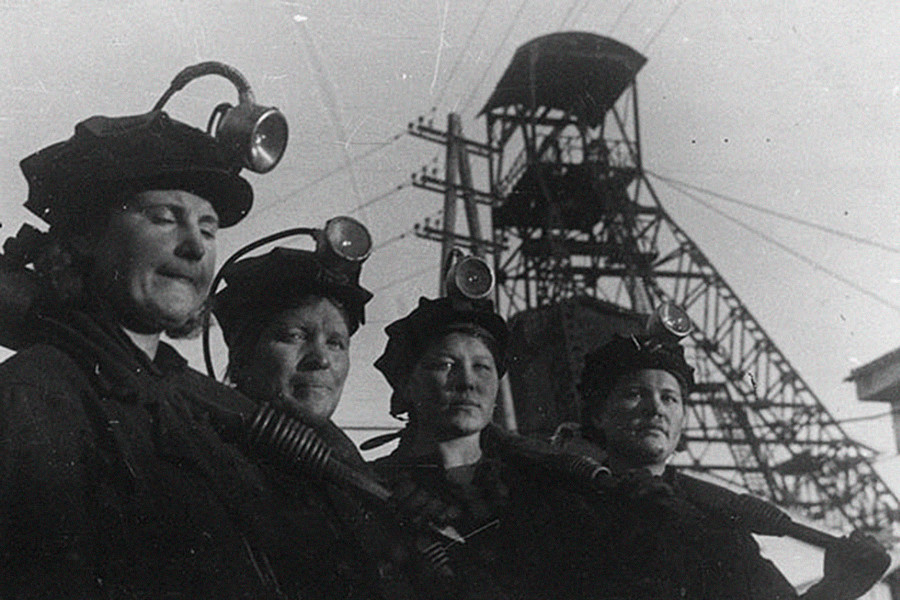 Archive of the prokopyevsky Museum of local lore

Some of the miners were under the age of 18. Maria Chukryakova, for example, started mining at 15.

“We were 15-16 years old, just kids. Imagine how exhausted we were. Only in April 1945 did we start to get four days off a month,” Chukryakova shares in her memories. “In order to smarten ourselves up somehow, we sold our ration of bread and with the proceeds bought white sacks at the market and made blouses and headscarves out of them.”

One of the first female coalface workers was Alexandra Leonova. A former saleswoman, she found the training tough, yet fulfilled her quota by 349 percent.

“For the first weeks, the newly-fledged hauler’s arms and legs felt like lead and her back ached unbearably. And at night, she dreamed only about the coal wagons that she endlessly rolled up for loading and just as quickly rolled away from the hatch. The days were bitter. There was a war on,” Leonova was remembered as a heroine in the newspaper Komsomolets Kuzbassa in March 1975. 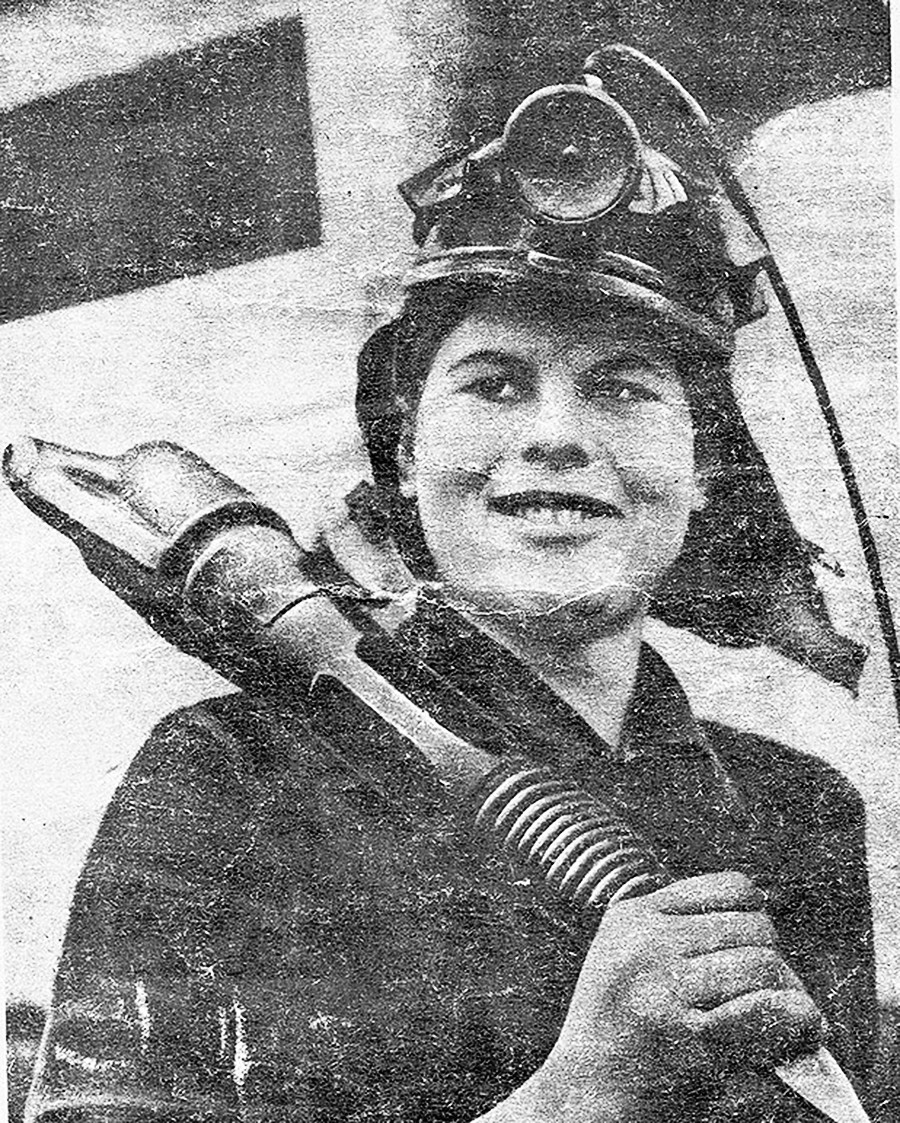 Archive of the Prokopiev Museum of local lore

Her photograph was printed in the papers and men all across the frontline wrote letters of gratitude to her. Later she was awarded the ‘For Distinguished Labor’ medal and the ‘High Achiever of Socialist Competition’ badge.

Some women died in the mines. For example, on February 16, 1944, a gas explosion at the Novokuznetsk mine killed 120 miners, including 21 women, according to the website of the local Museum of Glory to Miners. 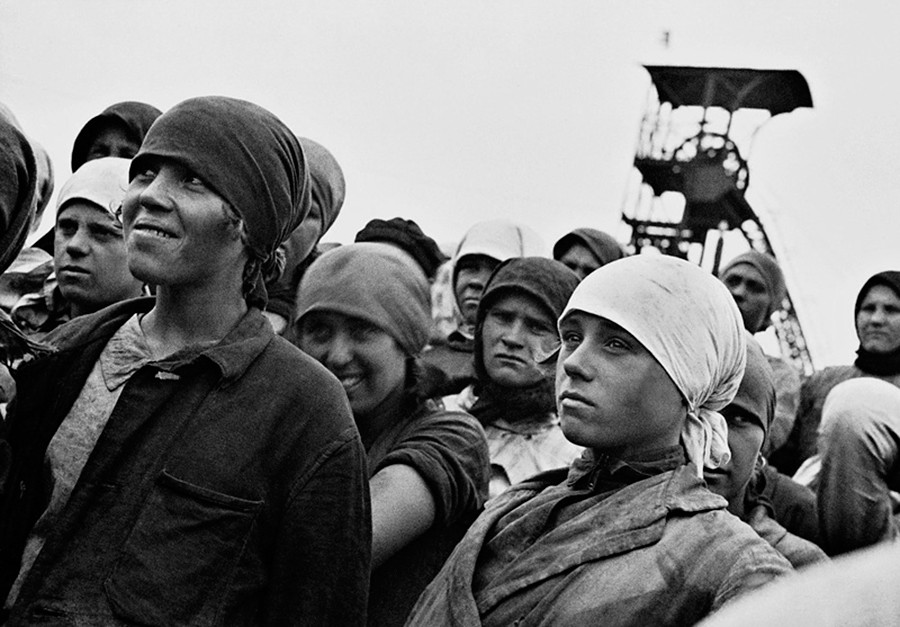 Workers at the Gorlovka mine

Women were allowed to work in the coal industry until 1957, when a decree was issued replacing female labor with male labor. Nevertheless, women continued to work in this backbreaking job until 1966, according to the newspaper ‘Ugol Kuzbassa’.

In total, more than 200,000 women worked in the coal industry and, until 1950, they exceeded the number of men down the mines.

In the words of one wartime journalist: “In an incomprehensible way, the fragile, slender shoulders of women propped up the coal industry for a decade.”