The Soviets’ FIRST major WWII victory over the Nazis (PHOTOS) 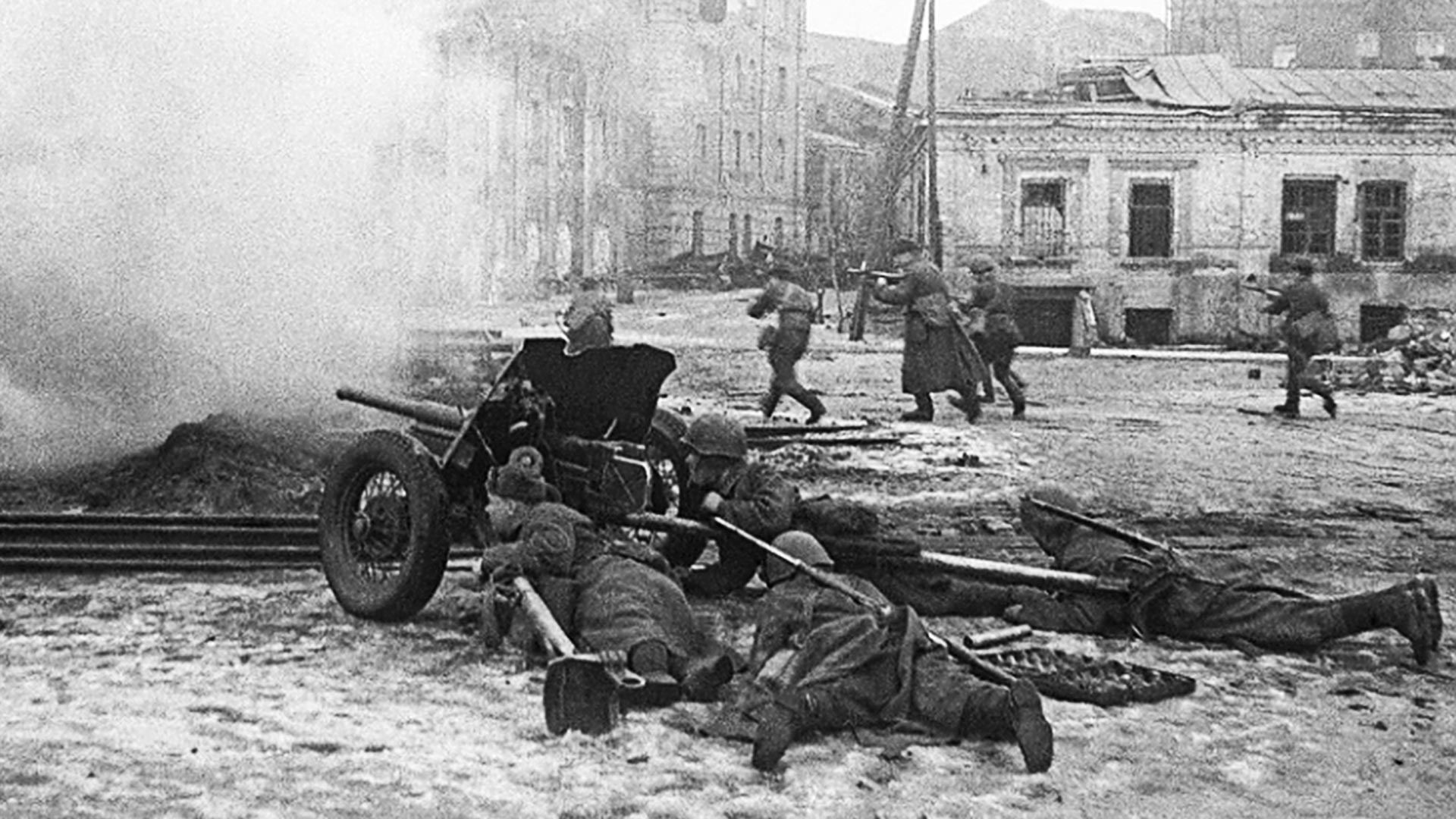 Archive photo
The Red Army understood that it was capable of beating the Wehrmacht way back in November of 1941, when they managed to free Rostov-on-Don from Nazi Germany’s forces.

As we know, the result of the Red Army’s counterattack outside Moscow in winter 1941-1942, the German ‘Operation Typhoon’ — aimed at seizing the Russian capital — fell through completely. As a result, the Wehrmacht was thrown back several hundred kilometers. However, despite widespread opinions to the contrary, this had not been the Third Reich’s first major loss on the Eastern Front. A week before the Moscow turnaround, another major city was liberated: Rostov-on-Don. 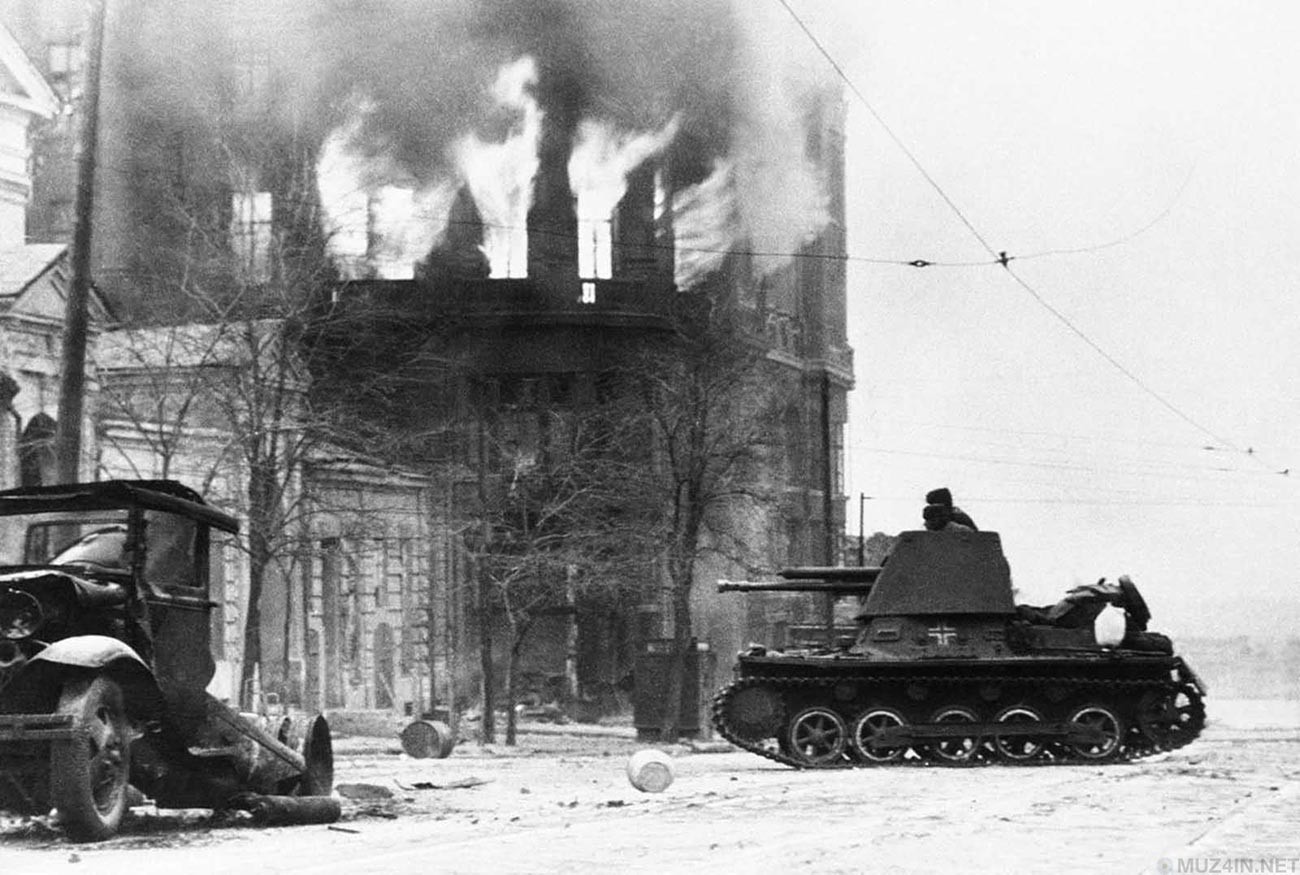 The industrial center with a population of half a million people was also a critical railway and highway hub. Rostov was taken by General Paul Ludwig Ewald von Kleist’s 1st Tank Army on November 21, 1941. Known in the USSR as “the jewel of the Don River”, Rostov was seen by the Germans as the “gateway to the Caucasus”, in other words — a direct path to the riches of the Soviet south’s oil fields. 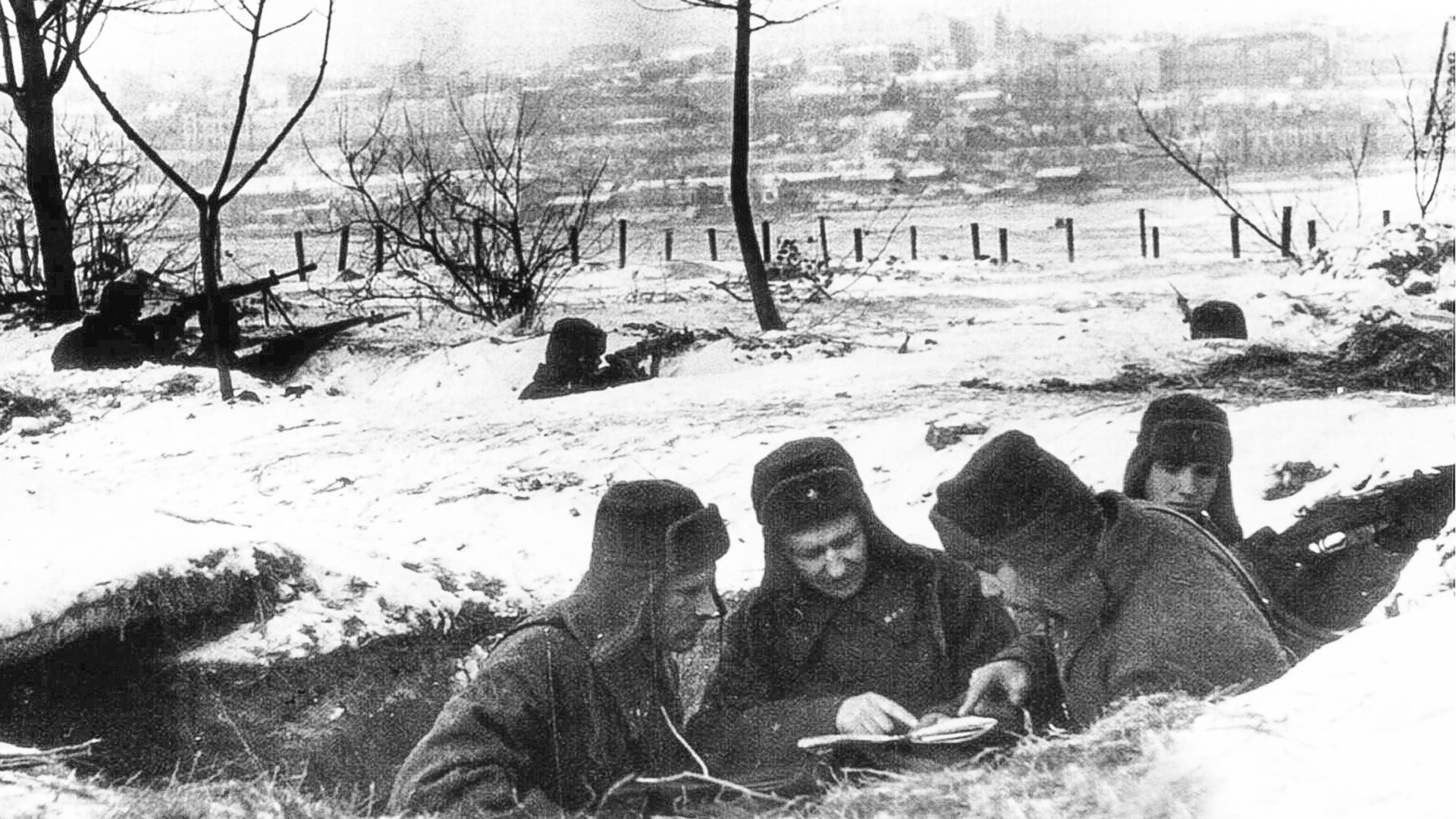 Having pushed back the defending 56th Army of General Fedor Remezov to the left shore of the Don, the Germans, drained from the heavy fighting, could not meaningfully develop a continued assault and opted to hold their positions. The period, known today as “the bloody week”, had begun for the city of Rostov. The ‘Leibstandarte SS Adolf Hitler’ division executed more than 1,000 civilian prisoners - their bodies laying in heaps in the city’s major squares and streets. 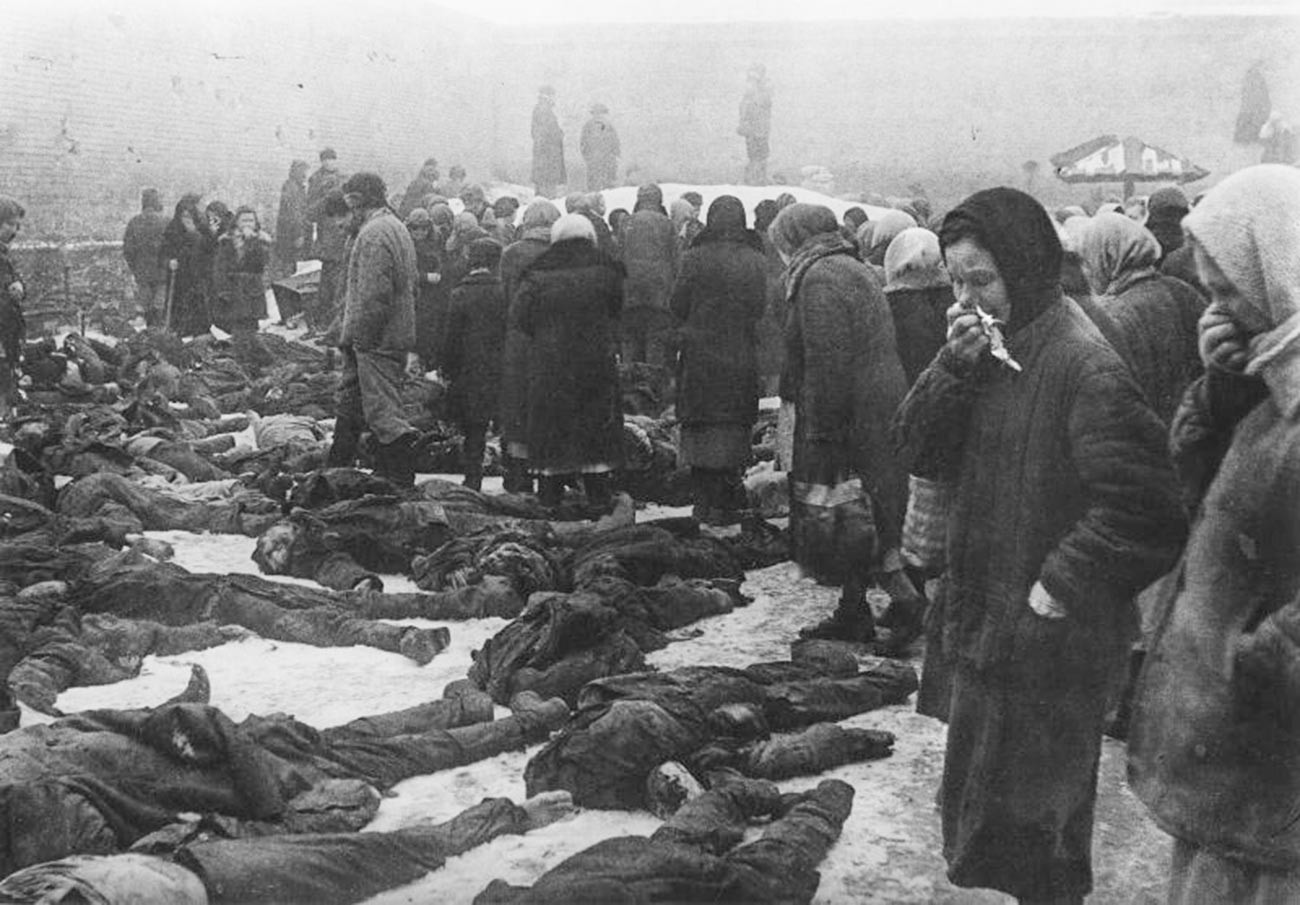 The photograph of 16-year-old Viktor Cherevichkin, shot for disobeying the occupants’ order to destroy all the city’s pigeons (for the purpose of preventing their use for communication purposes) is widely known in Russia. The boy had kept some of the birds alive for a whole week. The photo ended up being used as evidence during the Nuremberg trials. 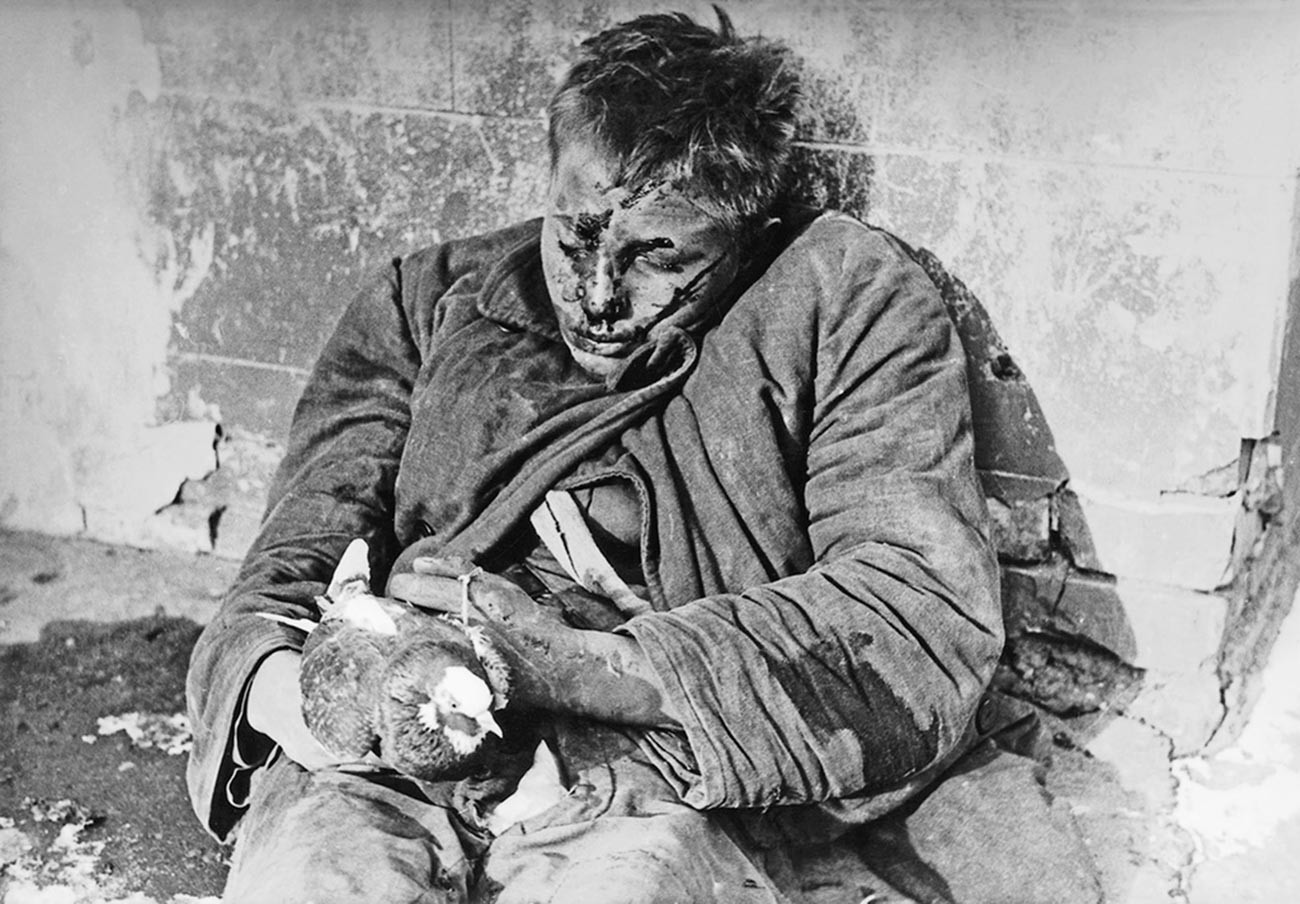 The Red Army was not going to take the loss of Rostov sitting down. On November 27, three Soviet armies (the 37th, 9th and 56th) struck the city from separate directions, attempting to get the Germans in a bind. The infantry, traversing the thin ice of the Don, fought the enemy right there and then. The fighting often included hand to hand combat. 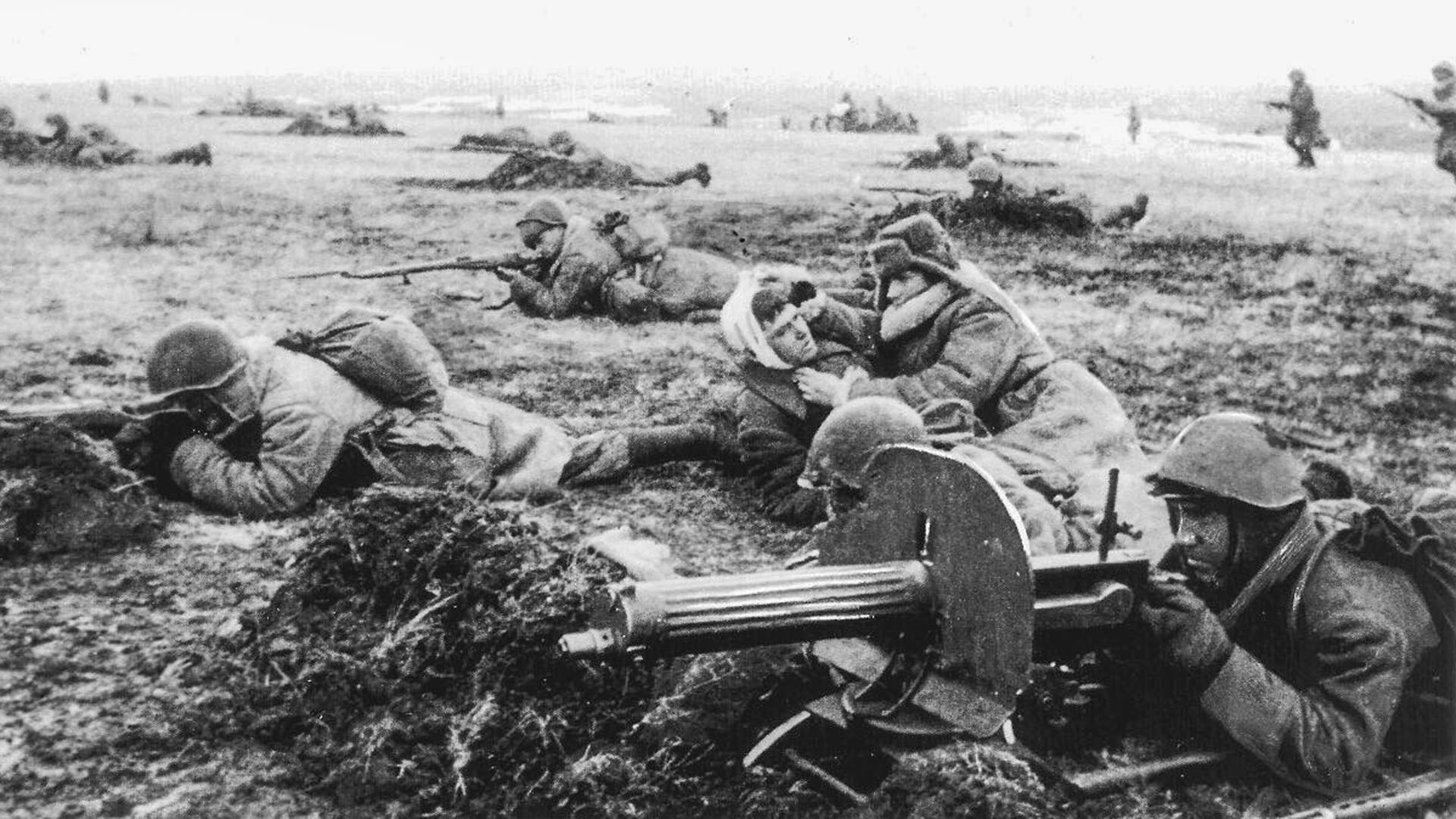 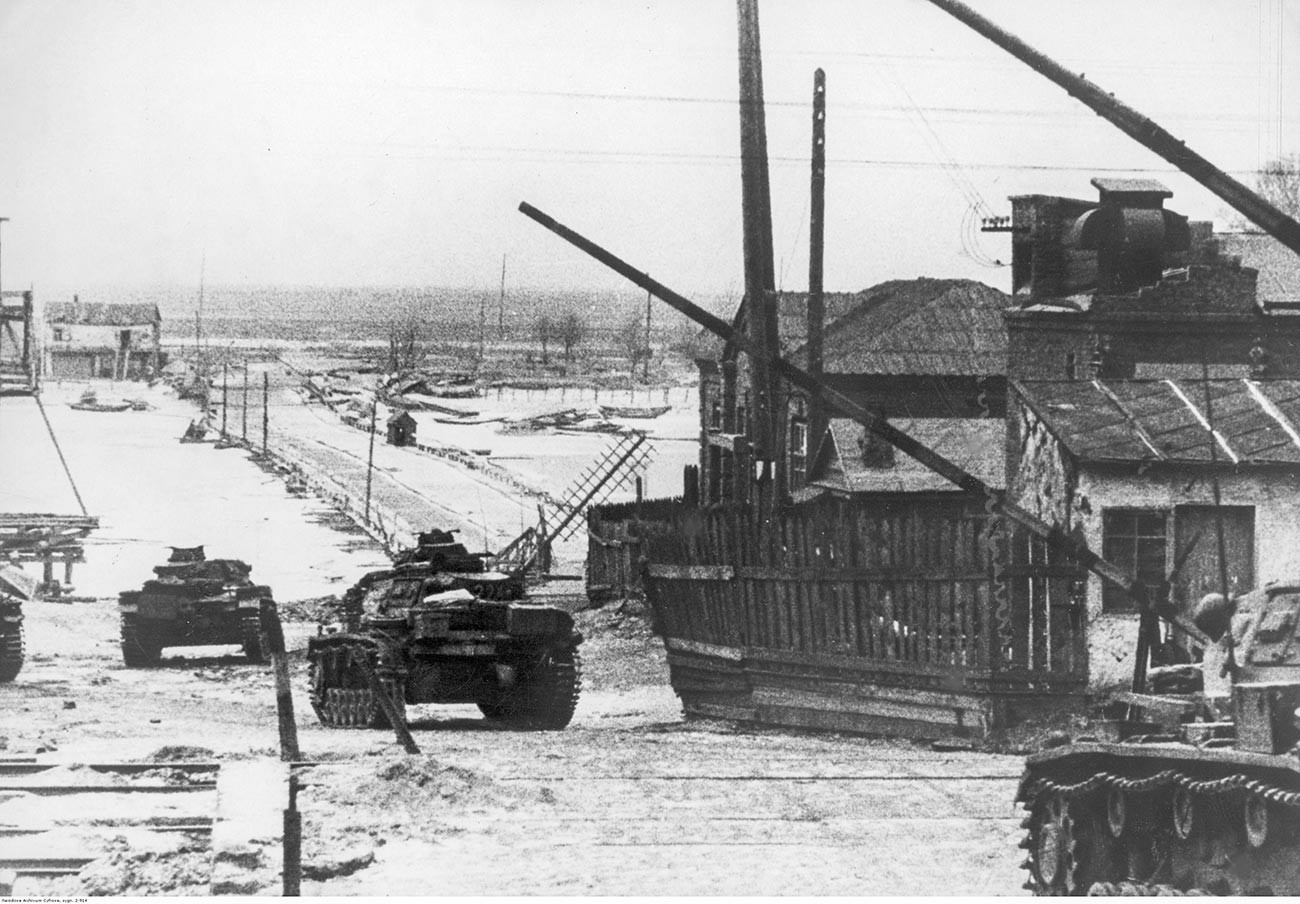 The Fuhrer then immediately swapped out Rundstedt for Field Marshal Walter von Reichenau — who only continued the withdrawal. Having decided that his decision was made in haste, Hitler arrived at the South Army headquarters in Poltava (current central Ukraine), where, having surveyed the situation, he understood the error of his decision, personally apologizing to Rundstedt, who would later continue his service in occupied France. 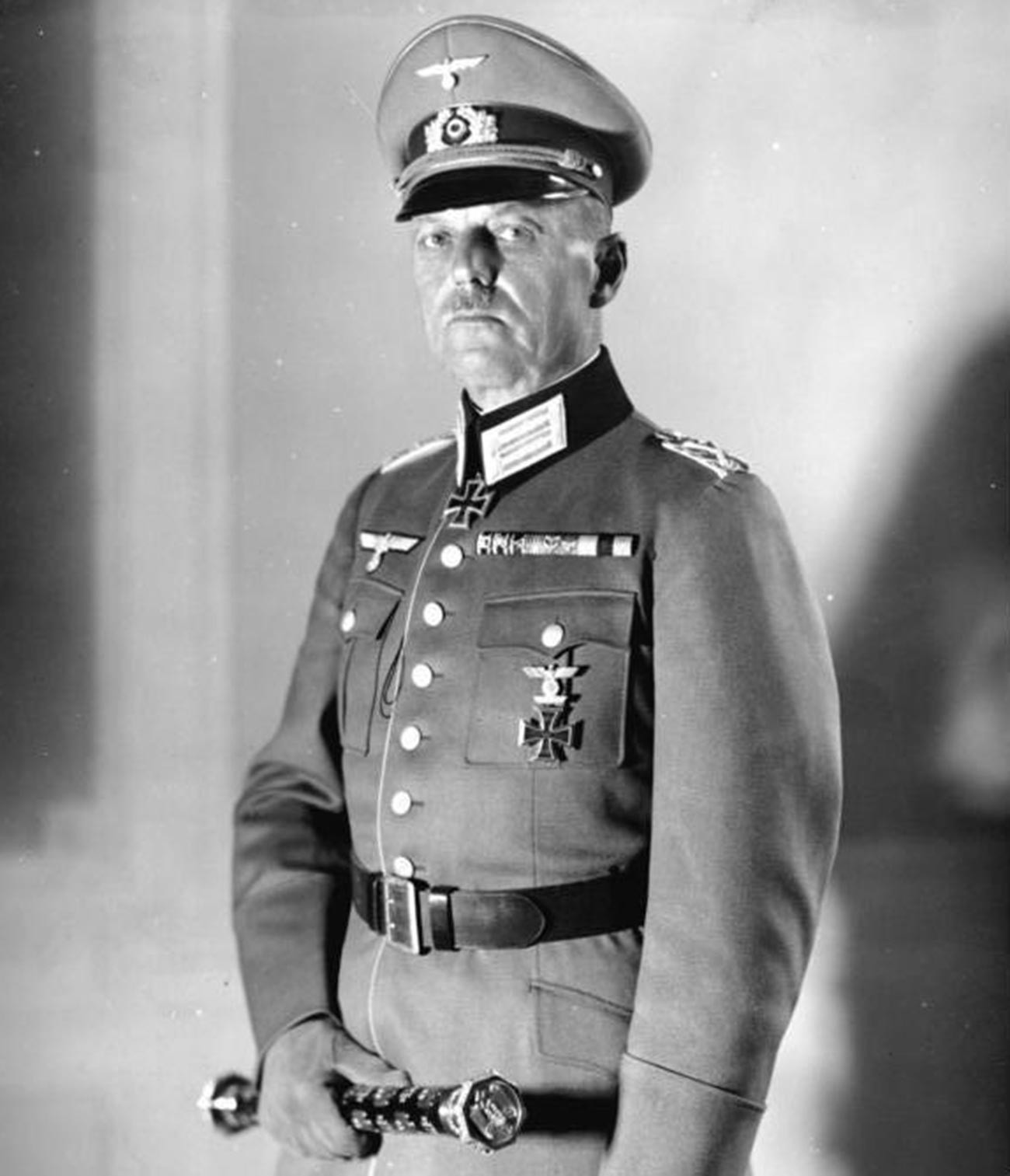 Having liberated Rostov-on-Don on November 29, the Red Army pushed the German forces back 60-70 kilometers, to the shores of the Mius River, where the Soviet onslaught finally stopped. For a long period, the Soviet-German front in the south was stabilised. The victory in Rostov did not only raise the spirits of Soviet soldiers and population, but also prevented Reichenau from relocating his reserve troops toward Moscow, where, on December 5, a large-scale counterattack was mounted. As one of the officers of the Wehrmacht later declared: “Our difficulties began in Rostov…” 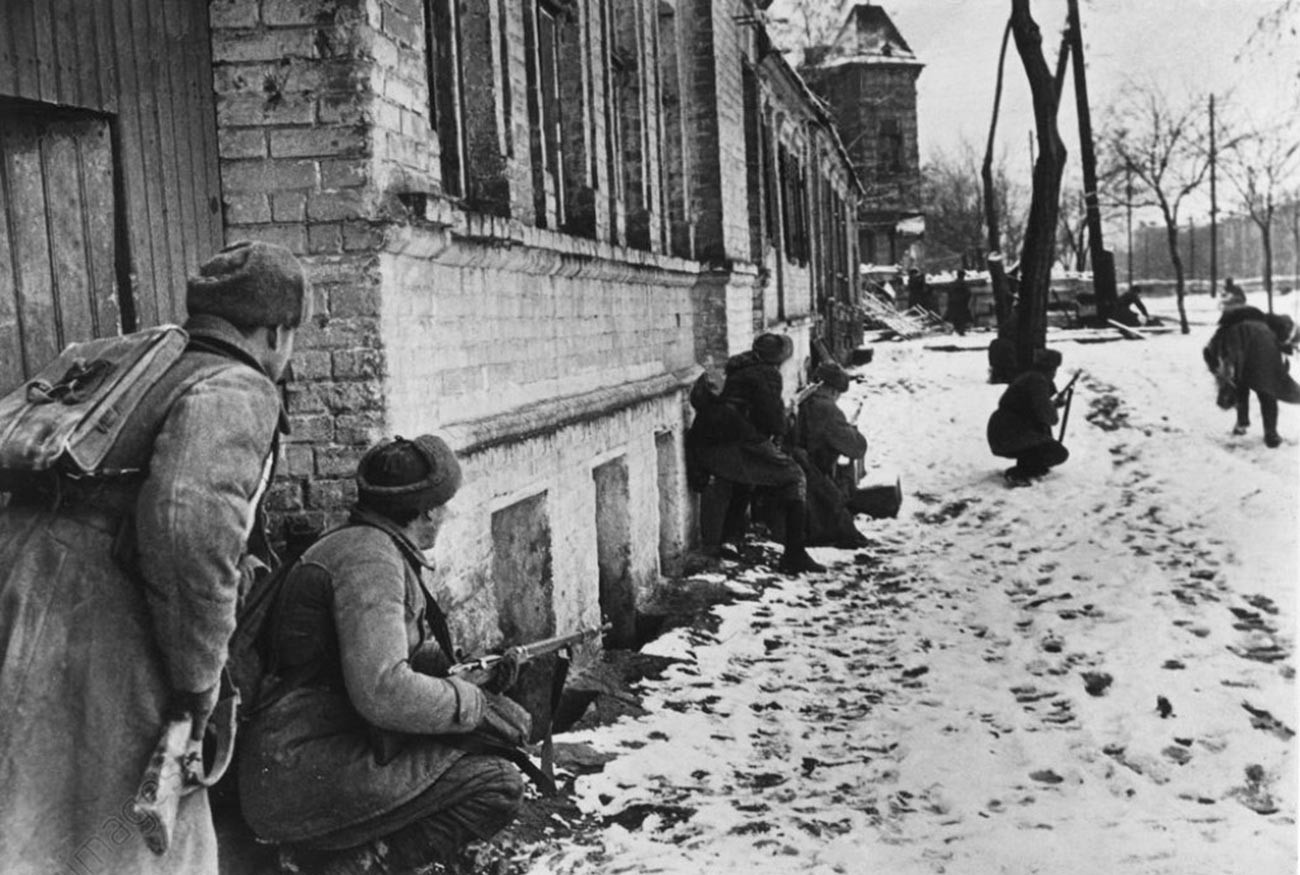 For the duration of the next several months, Rostov was a prefrontal city, sustaining frequent bombardment from the German Luftwaffe (air force). The city had dozens of hospitals, while the remaining facilities were used for the manufacturing of weapons, ammunition and equipment for the army. 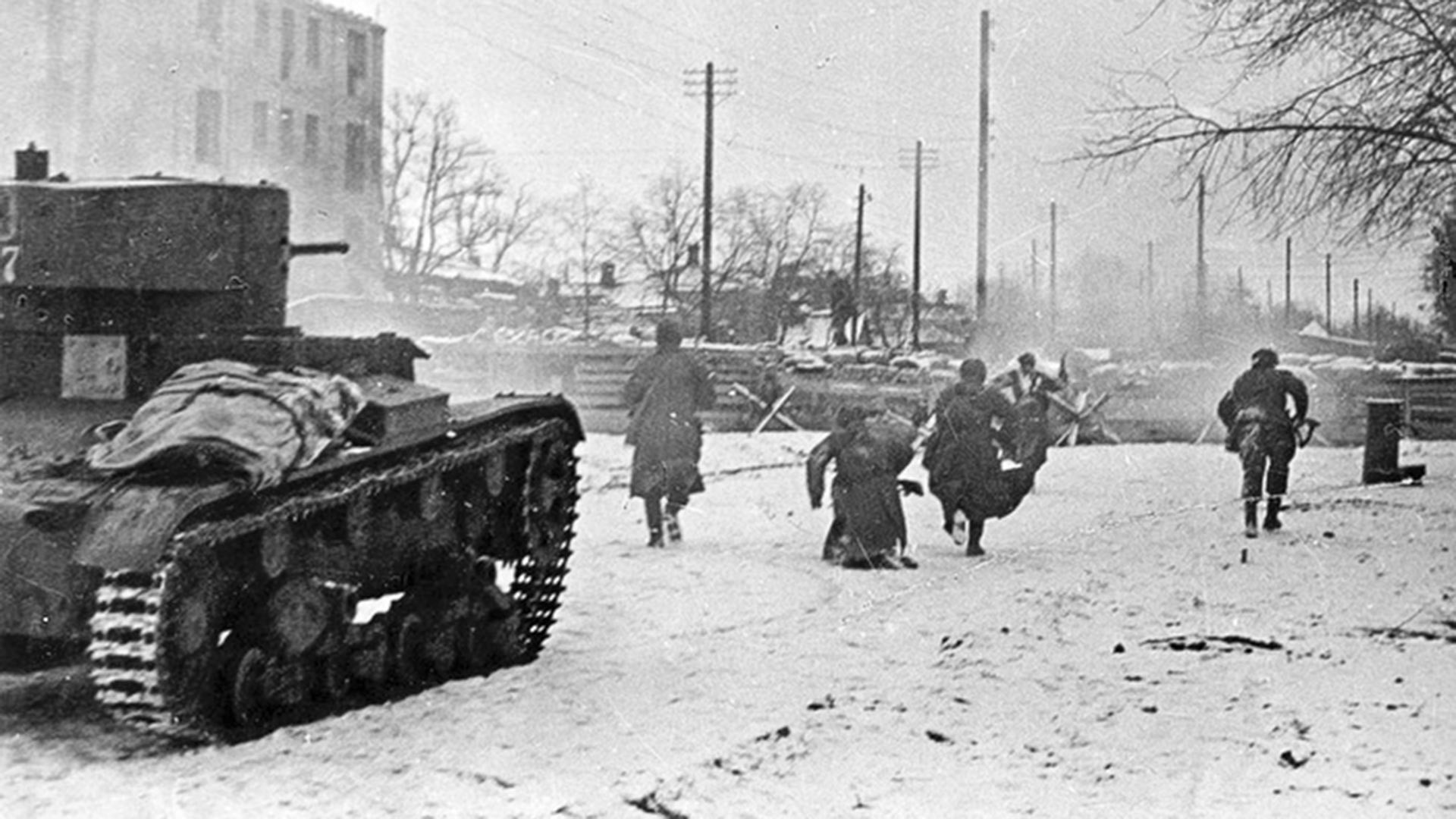 After the catastrophic failure of the Soviet attack under Kharkov (current northeast Ukraine) in May 1942, German forces had gained the ability to break through to the Don, Volga and the Caucasus region. On July 24 of the same year, Rostov-on-Don was again captured by the Wehrmacht. The Red Army managed to free the city only after the triumph under Stalingrad in February of 1943. This time, for good. 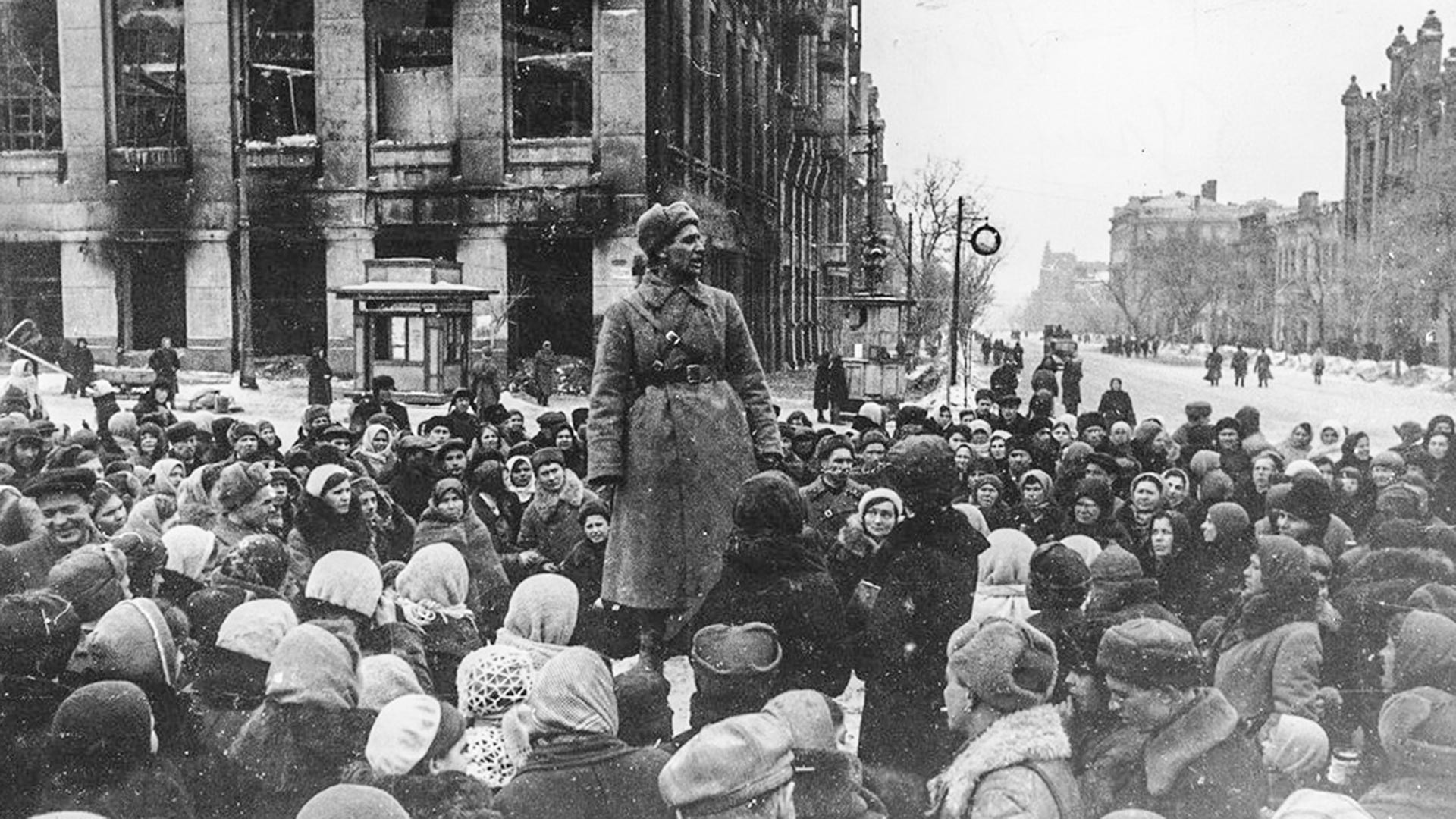