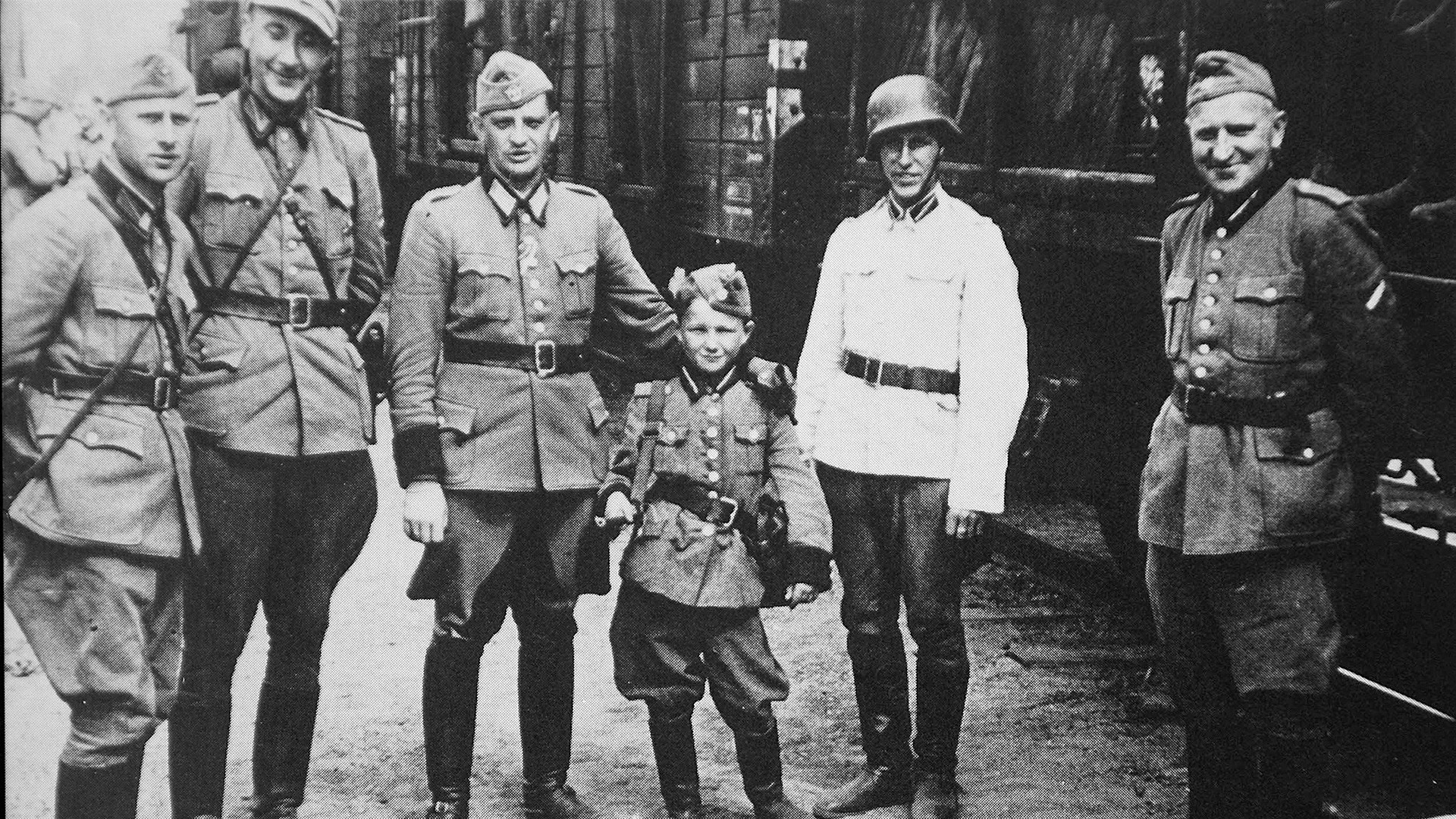 AFP
As “the Reich’s youngest Nazi”, Alex Kurzem was a favorite of German propaganda. However, few people knew who he really was.

“I had to hide all my life. I had to make sure nobody knew I was a Jewish boy among the Nazis.” These words were spoken by Australian national Alex Kurzem, aka Ilya Galperin, half a century after the end of World War II. For many years, nobody among his friends and even close relatives knew that despite being Jewish by birth, he had been the “adopted son” and mascot of an SS unit.

One day in October 1941, five-year-old Ilya witnessed a terrible scene: In his hometown of Dzerzhinsk near Minsk, alongside hundreds of other Jews, the Nazis executed his mother, brother and sister. He hid in the forest and escaped the same fate but, finding himself all alone, he was forced to roam without purpose.

Ilya wandered aimlessly through the woods, eating berries, spending nights on trees to evade wolves and protecting himself from the cold by removing the outer clothing of dead soldiers.

He would knock on the doors of houses and sometimes would get food and shelter, but nobody wanted to take the boy in for long. 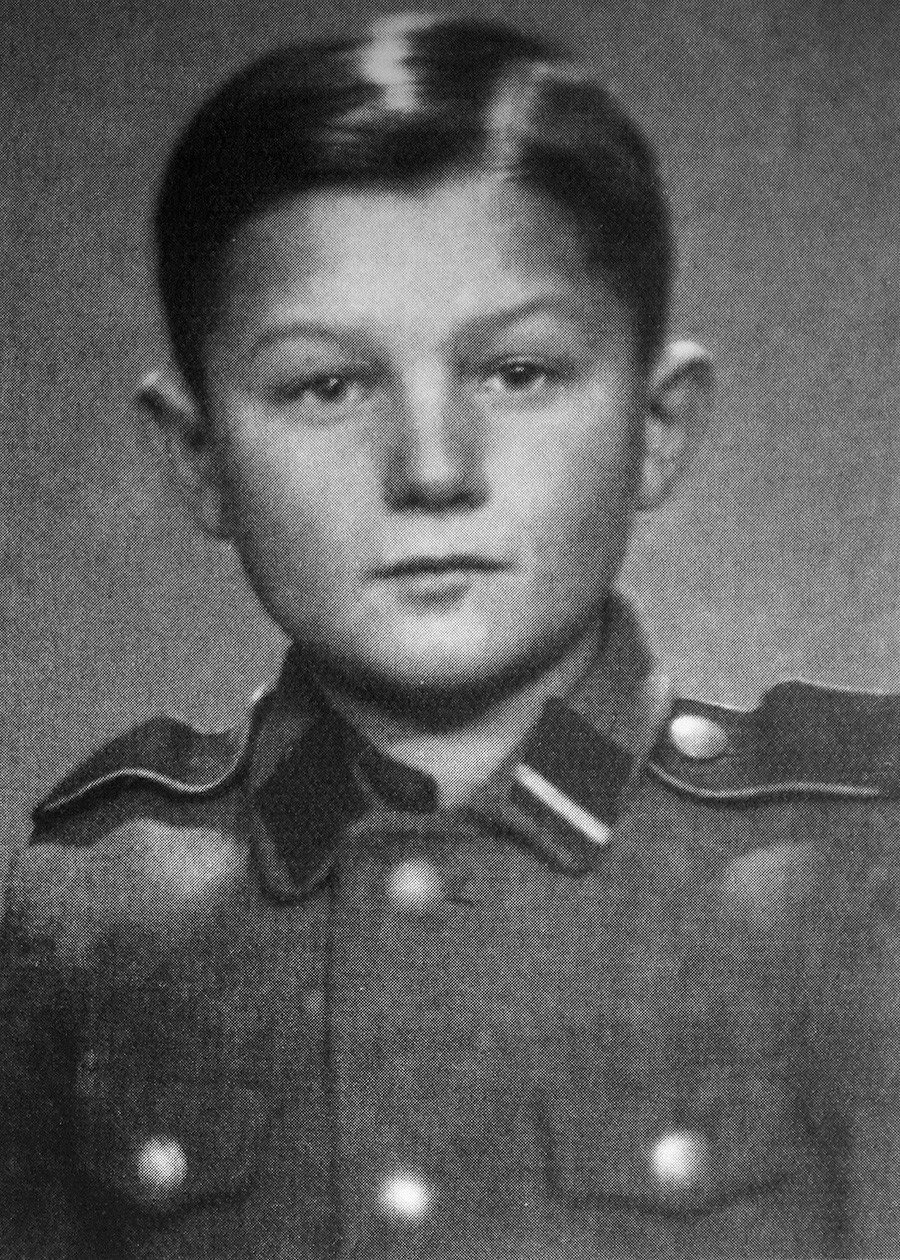 This life came to an end when, in one village, Ilya came across a peasant who recognized him as a fugitive Jew. The man beat the boy up badly, took him to the local school building and handed him over to a German unit stationed there. The unit was the Latvian 18th Kurzeme Police Battalion, which was engaged in anti-partisan operations and atrocities against the Jewish population in the Minsk area.

Preparing to die, Ilya approached a soldier standing next to him: “Before you kill me, can you give me a bit of bread?” Corporal Jekabs Kulis scrutinized the boy closely, then took him aside and told him that if he wanted to stay alive he should forget forever that he was a Jew and pass himself off as a Russian orphan. And in this capacity, the boy was “adopted” by the battalion.

The Latvians thought up a new name for the boy — Alex Kurzem (the battalion itself was named after the western Latvian region of Kurzeme). Since he could not remember his date of birth, he was “allocated” one — November 18 (the day in 1918 on which Latvia gained independence for the first time in its history).

In the battalion, Ilya-Alex was mainly involved in housekeeping duties: He polished soldiers’ boots, lit campfires and brought water. Receiving a uniform, a small rifle and a little pistol, he became a true “son of the regiment” — the unit’s adopted son and mascot. 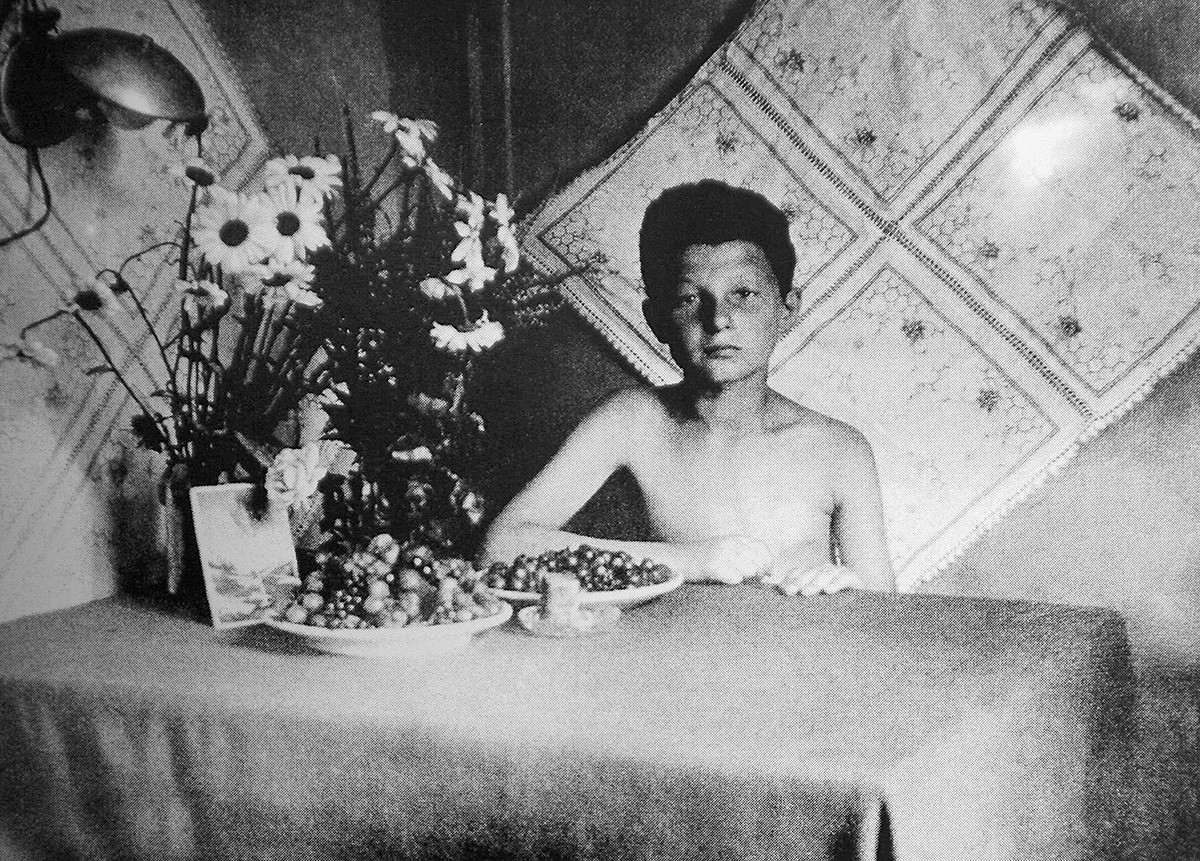 Alex traversed the whole of Belorussian SSR along with his battalion, witnessing mass executions and brutal atrocities. “I just had to watch what was happening,” Kurzem recalled. “I couldn’t stop the war. I was taken by the people who did all this killing. There was not a thing I could do, not a thing. I knew it was wrong. I cried myself… Sometimes I wished I was shot with my mother.”

Little Alex was, nevertheless, also drawn into the battalion’s criminal actions. To calm the Jews who were being loaded onto railroad wagons to be transported to concentration camps, he would hand out chocolates on the platform before they boarded.

On June 1, 1943, the 18th Police Battalion was incorporated into the Latvian Volunteer SS Legion and Kurzem discarded his uniform for a new one. “The Reich’s youngest Nazi” made frequent appearances in the newspapers and in newsreels.

When the fortunes of war turned against Germany and the Latvian SS-men switched from atrocities to participation in armed clashes with the Red Army, Alex was sent to the rear, to Riga. There, he was taken in by the family of the director of the local chocolate factory, Jekabs Dzenis. With the family, he first travelled to Germany and then, in 1949, to Australia. 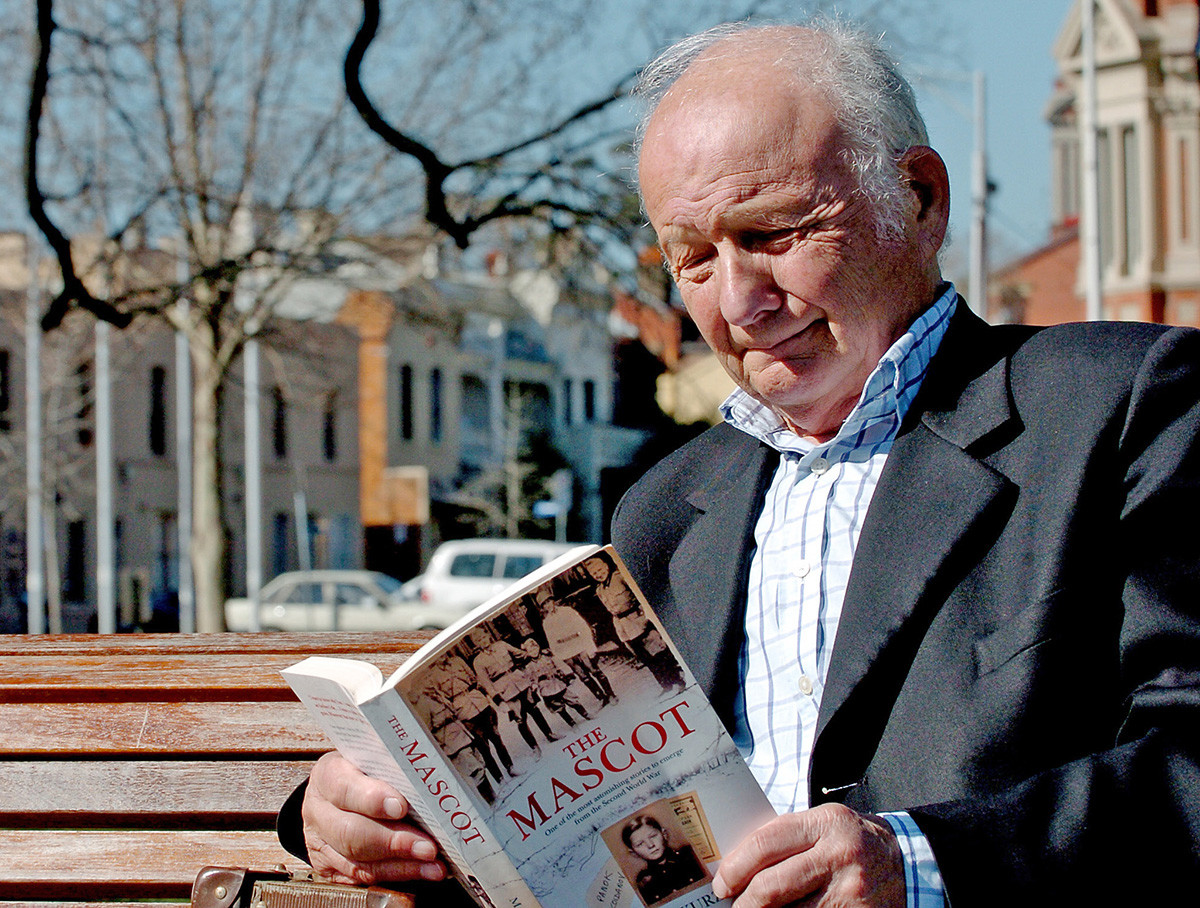 For many years, Alex Kurzem kept the circumstances of his life a secret. He told his own family that, as a rootless orphan, he had been taken in and adopted by a Latvian family.

When, in 1997, Alex revealed the unpalatable details of his childhood, some of his friends disowned him. He was severely criticized by members of Melbourne’s Jewish community: The fact that he had volunteered for the SS, and also his lack of hatred for the Nazis, were held against him.

“Hatred will not help me,” is how Kurzem-Galperin replied. “I am what I am... I was born a Jew, I was raised by Nazis and Latvians and I married in the Catholic Church.”