How Soviet Alfa Spec Ops ‘neutralized’ a terrorist inside the U.S. Embassy in Moscow in 1979 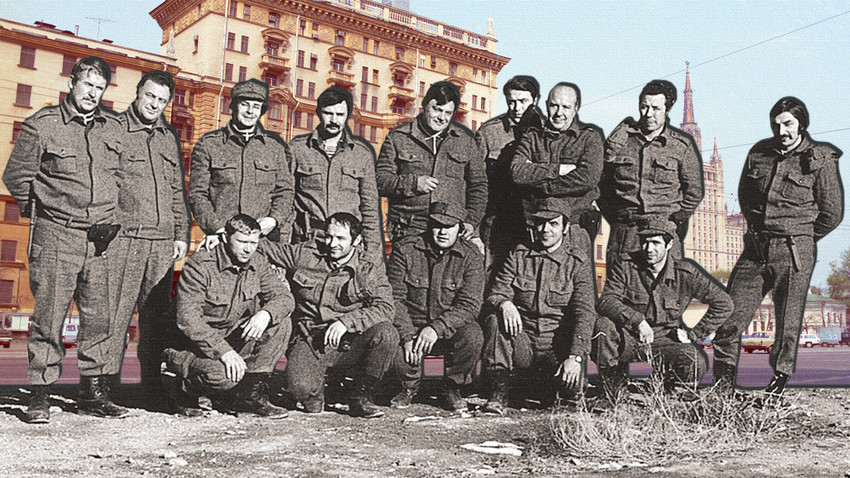 International Association of veterans of the anti-terror unit “Alpha”;Valentin Sobolev/TASS
Before fighters of the Alpha Group stormed the Tajbeg Palace and orchestrated a coup d’etat in Afghanistan, they had honed their skills by liquidating an armed man who threatened to blow up the U.S. embassy in Moscow.

A telephone rang in the consular section of the U.S. Embassy in Moscow at 2:30 pm on March 28, 1979. An unidentified Soviet man was speaking. He asked if he could get help applying for a U.S. visa.

The phone call set off a chain of events that would soon trigger a Hollywood-like hostage crisis that involved two conflicting superpowers amidst the Cold War.

After the unsolicited phone call from the stranger, the second secretary of the U.S. Embassy Robert W. Pringle stepped outside to meet the man on Tchaikovsky Street (currently Novinskiy Boulevard), where the embassy was located. 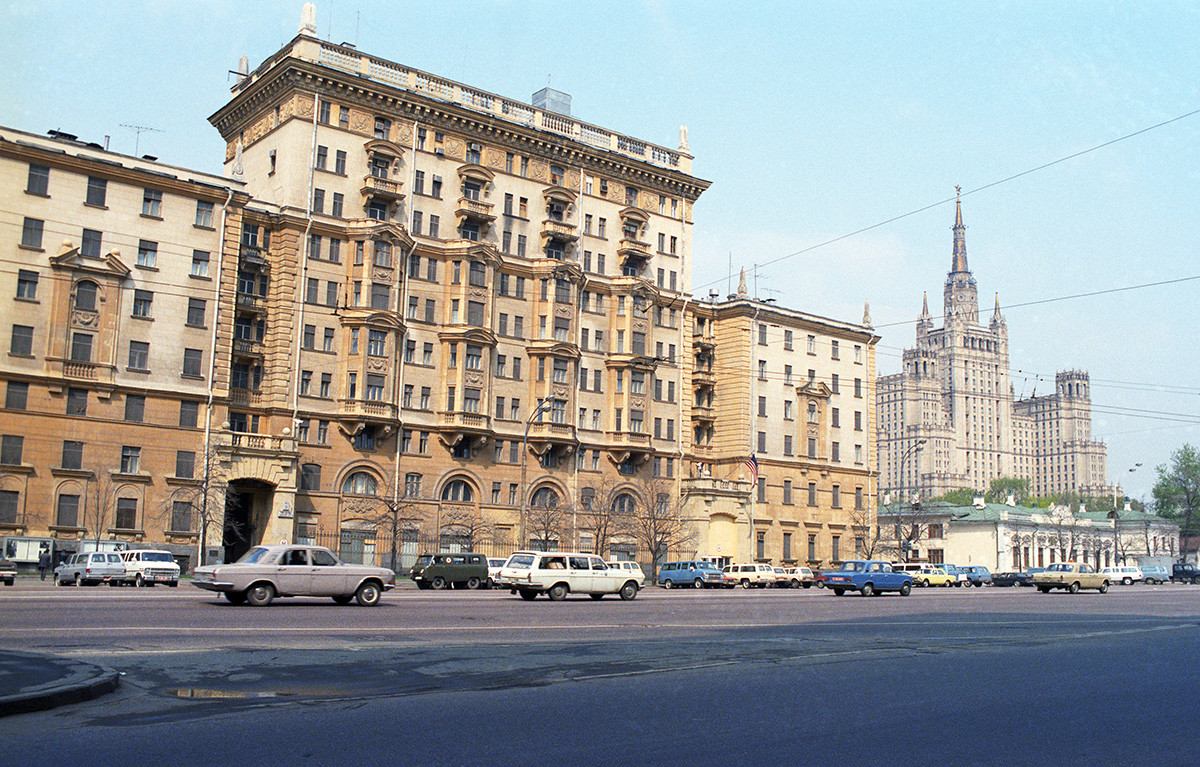 Moscow, USSR. A view of the building of the US Embassy.

It was never reported what the men spoke about, but for some reason, Pringle escorted his newly acquired acquaintance inside the embassy, walking past the Soviet guards who had no authority to prevent the person accompanying a U.S. diplomat from entry onto what de jure was considered the U.S. territory.

When the diplomat’s companion walked through the embassy gates, the situation quickly deteriorated. “Soon after he entered and walked up the four steps into the waiting room, a secretary noticed that he appeared to be clutching his waist. He opened his coat and said he was wearing a bomb that he would detonate unless he was given permission to leave the Soviet Union,” reported the New York Times of the incident on March 28, 1979.

The embassy staff was now locked in the building where a visibly unstable man was threatening to commit suicide by detonating a bomb that would destroy the premise. Soviet spec ops were swiftly alerted.

“The Soviet authorities arrived on the scene about 4:30 pm. It was made clear the problem was theirs. This was a Soviet citizen, in our view, who represented a threat,” said Malcolm Toon, the U.S. Ambassador to the USSR at the time. 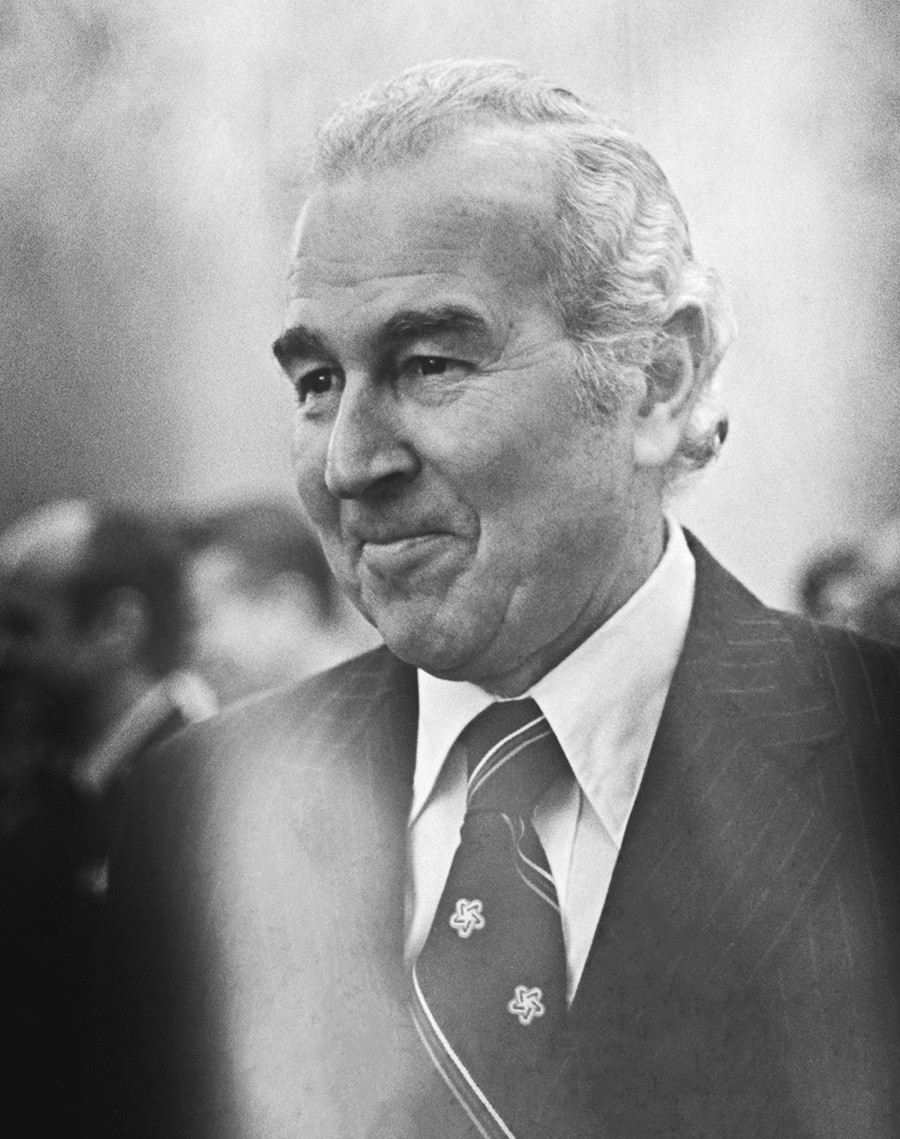 At the same time, the Soviet KGB Spec Op Alfa group, headed by group commander Gennadiy Zaytsev, was preparing an operation to free the embassy.

“We were ordered by the KGB Chairman to arrive at the embassy. We did not rule out that we would have to use weapons. The use of force was cleared by the American side. At the same time, it was decided to negotiate with this criminal, because we did not know anything about him. This mission was assigned to me,” said Zaytsev in an interview he gave years later. 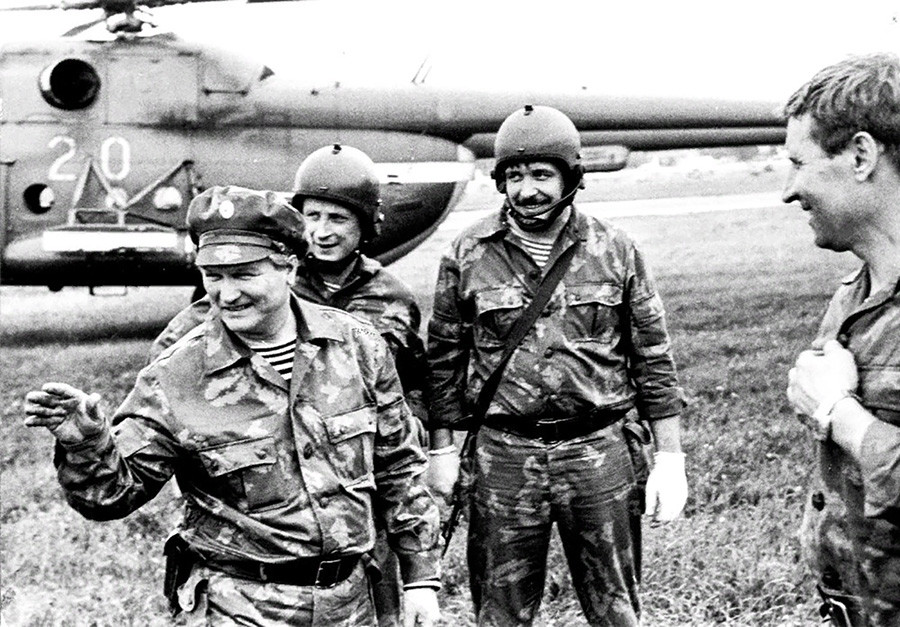 International Association of veterans of the anti-terror unit “Alpha”

The upcoming operation of the Soviet special forces was especially sensitive in the light of the geopolitical chess game of the time: the U.S. and the USSR were bitter ideological enemies that at times risked starting a nuclear WWIII. For Soviet soldiers to fire weapons on the territory of the U.S. — as the embassy was considered the U.S. territory — entailed grave risks for bilateral relations of the two nuclear superpowers and, that said, for the rest of the world, too.

In an unprecedented show of faith, the Soviet commandos discussed details of the upcoming operation with representatives of the U.S. Embassy and of the Soviet Foreign Ministry. Fearing that reaching to Washington for instructions would take too much precious time, U.S. Ambassador Toon made a unilateral decision to clear the Soviet commandos to use weapons inside the embassy. The mission was a go.

Three Soviet commandos entered the embassy to approach the terrorist, establish contact with him, learn about his motives and convince him to give up. When the three men entered a room where they saw “a young, strong man” who “stood half-turned to us”.

When the terrorist saw the spec ops dressed in plain clothes, he demanded only one of them remained. Two left the building, leaving commander Zaytsev to negotiate.

“The ‘visitor’, that is, the terrorist — a burly, brown-haired man — immediately revealed an explosive device. [I saw it attached] to his stomach, made of stainless steel. It was this [detonating] pin that he held in his right hand and never let go of even for a second,” said Zaytsev.

This was when the Alfa commander learned about the terrorist’s intentions.

“Frankly speaking, the conversation was very tedious. Nonetheless, I managed to get him to talk,” said Zaytsev. “He said his name was Yuri Vlasenko, born in 1953, a resident of the city of Kherson, a former merchant seaman. He planned to pass the entrance exams to the Moscow State University, but failed.”

Threatening to blow himself up, 26-year-old Vlasenko demanded that he be granted permission to leave for the U.S. where he planned to receive higher education.

“In the course of the further conversation I formed a firm opinion that we are dealing with a mentally disabled person, [an assumption] that was later confirmed,” said Zaytsev.

For Vlasenko, the problem was that even if Washington decided to grant him an entry visa to the U.S., the American authorities had little leverage over the Soviet authorities, who would not want to let the terrorist go unpunished.

Zaytsev tried to convince Vlasenko to give up on his lousy plan, but made little progress.

“The terrorist made a lot of mistakes. But I haven't had enough experience yet to take the advantage of his mistakes,” said Zaytsev, who was able to retreat leaving Vlasenko and the bomb sealed in the room.

During the negotiations, some members of the Alfa team believed Vlasenko just needed time to let the steam off by telling others about hardships he had faced in his life. The KGB bosses were not as emphatic to the man who was their primary headache.

“When will the premise be freed?” was the recurring question that the bosses posed to Zaytsev’s Alfa team, not leaving the room for more prolonged talks.

After 5 hours of futile negotiations, the Soviet commandos received an order to apprehend Vlasenko and advanced. A tear‐gas barrage followed, as the fighters assumed that would be enough to make the terrorist surrender.

However, it was not. Vlasenko shuttered a window to let the fresh air in and began yelling. By doing so, the terrorist exposed himself to snipers who took two shots aiming at the man’s arm.

“We expected that the terrorist would let go of the pin in pain. But the desired result was not achieved. After bullets hit his arm, Vlasenko convulsively pulled the pin and blew himself up. Pieces of glass, frames, and window bars were blown past me by the shock wave. Fortunately, I managed to swerve out of the way, which saved my life. [Then] the consular section caught fire,” wrote colonel Sergei Golov, an army doctor and one of the Alfa commandos who worked at the premise.

The hapless wannabe student was severely wounded by the explosion of his own device and died later in hospital.

Fortunately for the Alfa commandos and the personnel of the U.S. Embassy, the bomb did not damage the structural walls of the building as the third most powerful section of the bomb did not detonate because of mechanical failure. 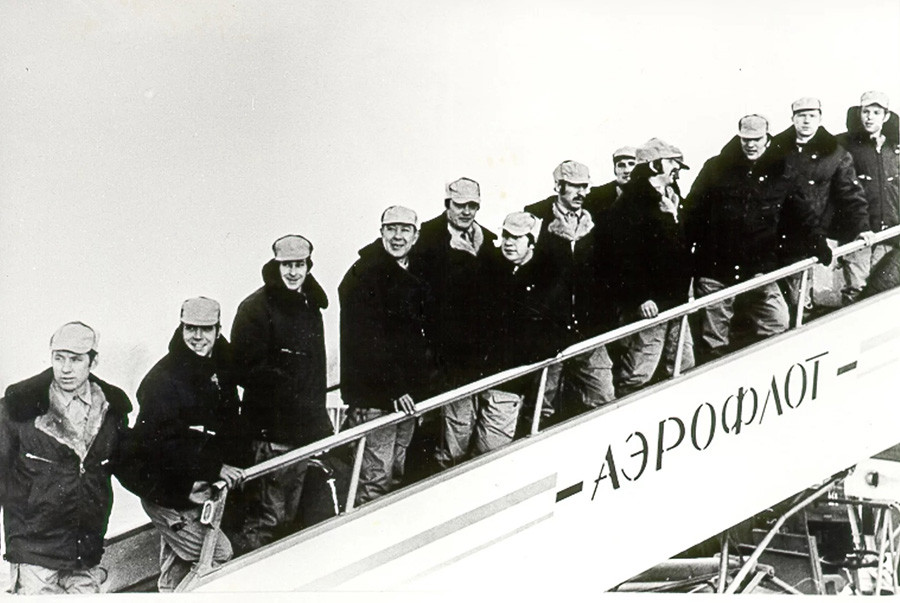 Alpha commandos before being deployed to Kabul for a combat operation.

International Association of veterans of the anti-terror unit “Alpha”

Although this operation of the recently formed Alfa spec ops team was turned into a success story by the Soviet press and the members of the team received a financial reward and were officially praised for freeing the embassy without letting anyone but the bomber die, they were criticized behind closed doors by the head of the KGB Yuri Andropov.

Andropov criticized the Alfa commandos for “inability to make swift independent decisions and for unnecessarily protracting the operation”.

The harsh criticism behind the veil of official praise opened the door for Alfa’s rapid development: commandos were equipped with new modern weapons and trained for various scenarios.

Soon enough, the Alfa commandos would demonstrate the new skills in action by successfully storming the Tajbeg Palace and orchestrating a coup d’etat in Afghanistan on December 27, 1979.

Click here to find out why Soviet spec ops stormed the Tajbeg Palace and killed Afghan leader Hafizulla Amin in 1979.