How the Soviets sent kids to the Gulag 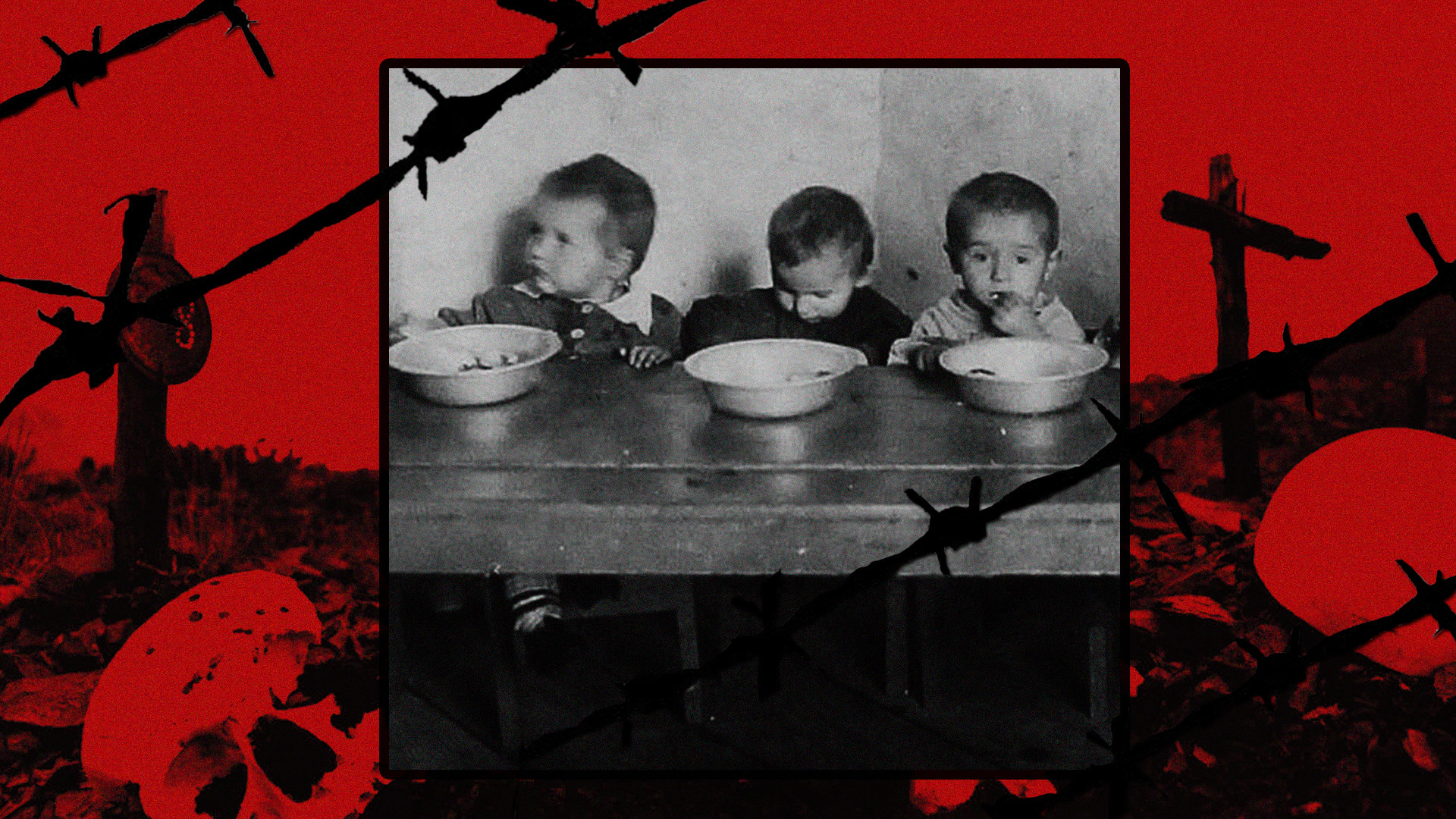 Dmitry Vyshemirsky's archive; State archive of Russia
Children of parents repressed during the Soviet terror of the 1930s became outcasts and ended up in orphanages. Those born in the camps had no rights at all in society, and some are still fighting for justice to this day.

“They put my mother in a car, dropped her off at the Kresty prison, and took us to a children's reception center. I was 12 years old, my brother was eight. First of all, they shaved our heads, hung a board with a number round our necks, and took our fingerprints. My brother was crying his eyes out, but they still separated us and didn’t let us meet or talk.” Lyudmila Petrova from Leningrad (now St. Petersburg) recalls this terrible scene from 1938 in an interview for the Gulag History Museum. She and her brother were guilty only of being the children of purged parents.

Children of 'enemies of the people'

In 1937, Nikolai Yezhov, head of the People's Commissariat of Internal Affairs (NKVD) and chief organizer of the Great Terror, signed the infamous order "On the operation to repress the wives and children of traitors to the Motherland," which condemned the wives of "traitors to the Motherland" to 5-8 years in the camps. Any children of theirs aged from 1.5 to 15 years were sent to orphanages. According to the Gulag History Museum, following Yezhov’s order, 18,000 wives of arrested "traitors" were sent to prisons and camps, and more than 25,000 children placed in orphanages. 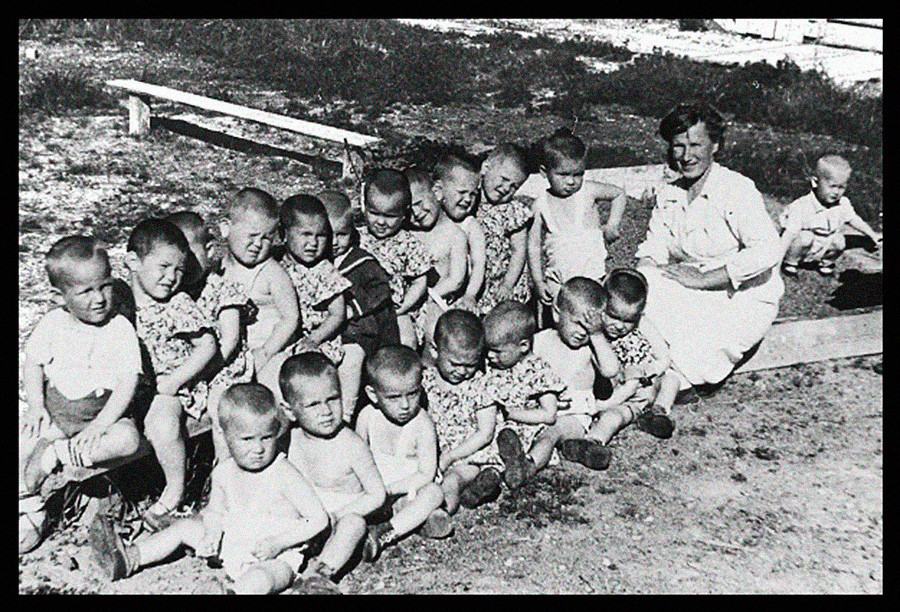 People who endured this misery recall being fed very poorly in the already overcrowded orphanages, to the extent that they were forced to look for food in garbage dumps. Many were sick and dying, but the educators still meted out physical punishment.

Educators in orphanages were instructed to closely monitor the children of the repressed in order "to reveal and suppress anti-Soviet, terrorist sentiments and actions in good time."

In Soviet society, psychological pressure was exerted on children and family members of the repressed. Yesterday's friends, adults and children alike, turned away. Even the children of top officials became pariahs overnight and got moved from luxurious apartments to orphanages. Mira Uborevich, daughter of an executed army commander, recalled: “We were frustrated, embittered. We felt like criminals.” 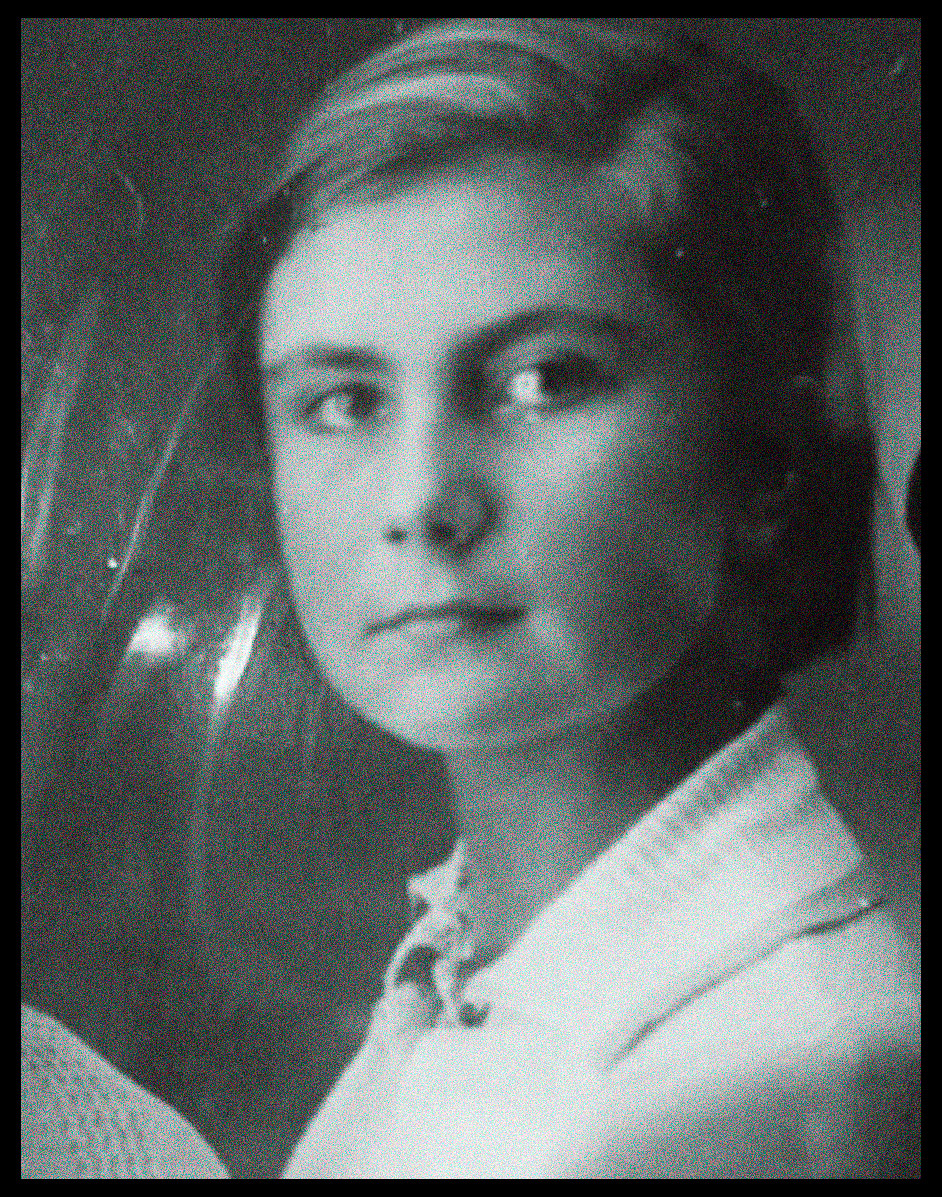 Although it was possible for such children to be handed over to relatives, this required cutting through a lot of red tape, and many families couldn't get it done in time or were simply afraid, because it might draw too much attention and suspicion on themselves and their own families.

A separate category among the children of the repressed was “socially dangerous children” who, according to Yezhov’s order, were to be imprisoned in camps, correctional facilities or “special regime” orphanages.

For instance, 14-year-old Pyotr Yakir refused to consider his executed father a criminal, for which he was exiled and later sentenced to five years in a penal colony on trumped-up charges. In total, he spent 17 years in the camps and was released only at the age of 31.

“From other stories, I understood that what was happening in Astrakhan was happening all over the country, that is, innocent people were being arrested, beaten and humiliated under interrogation,” is how Yakir later described his experience in the book Childhood in Prison. 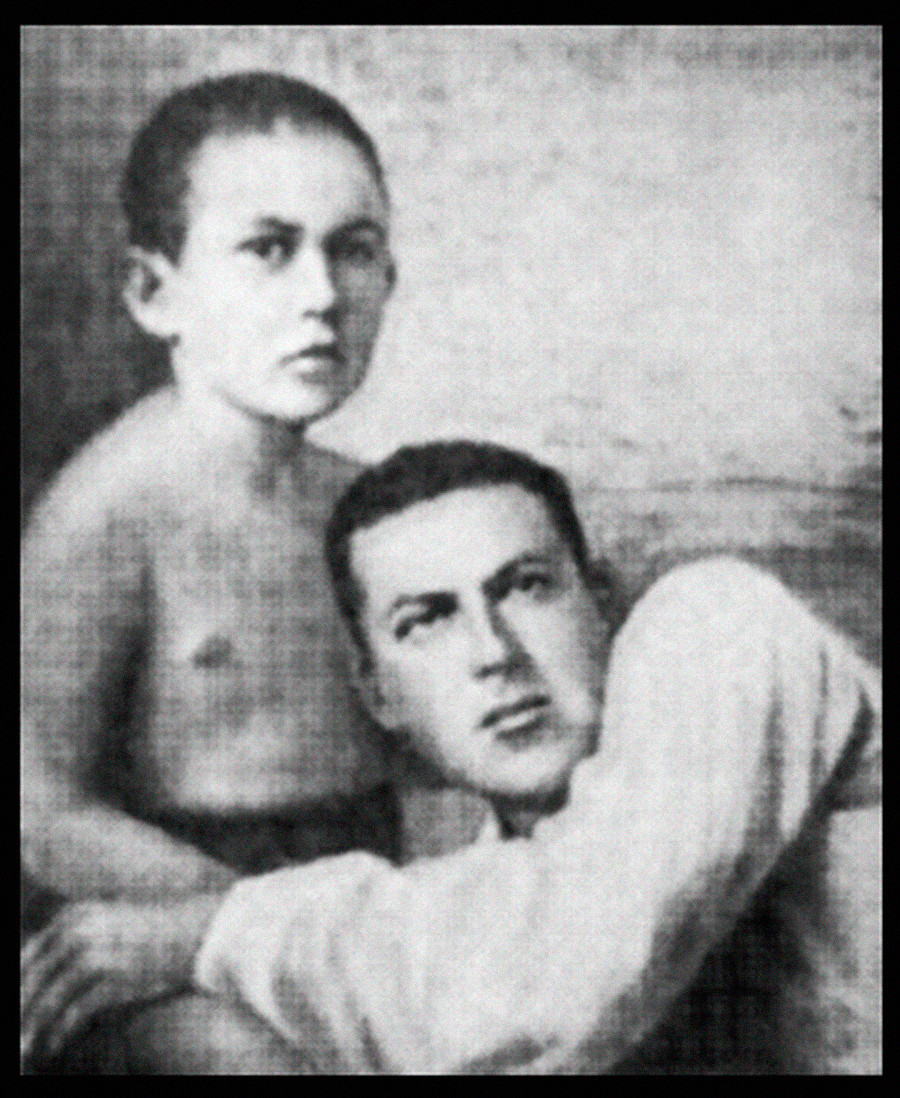 Pyotr Yakir with his father. Photo from A.Larin-Bukharin's 'Unforgettable' book, 2002

Museum of Contemporary History of Russia

Youngsters who ended up in the camps, often in cells with adult criminals, got bullied and beaten. At a very young age, they were forced to learn survival techniques; their lives as normal people were broken. In The Gulag Archipelago, Nobel laureate Alexander Solzhenitsyn wrote that their ideas about good and evil were distorted, and they adopted “a brash, insolent manner” — because that was the best way to behave in the camps.

“Tens of thousands of children of the repressed went through the camps, most of whom were unable to return to normal life and so joined the criminal underworld,” writes Tatiana Polyanskaya, a researcher at the Gulag History Museum, in an academic article entitled “Socially dangerous children. The terror against the families of ‘traitors to the Motherland.’”

Born in the Gulag

Children born in the Gulag were almost always immediately taken away from their mothers. Many forced labor camps had special barracks or “orphanages,” as they were called, which housed both children born in the camp and those who had arrived with their convicted mothers (children under the age of 1.5 years were allowed to be taken).

Orphanage of a labor camp

Their survival depended on the climate in which the camp was located, the length of the sentence, and, most importantly in many cases, the attitude of the camp staff, educators and nurses.

“Poor childcare led to frequent outbreaks of epidemics and high mortality rates, which over the years ranged from 10 to 50 percent,” writes Polyanskaya.

The Gulag History Museum, within the framework of the My Gulag project, collects the memories of former camp prisoners, including children. Valentina Zhukova says that she was born in a camp in 1946, after her mother became pregnant by the camp supervisor. In 1951, Valentina was sent from the camp to an orphanage. Although her mother was released a year later, Valentina was taken from the orphanage by her father, and she met her mother only in 2015. 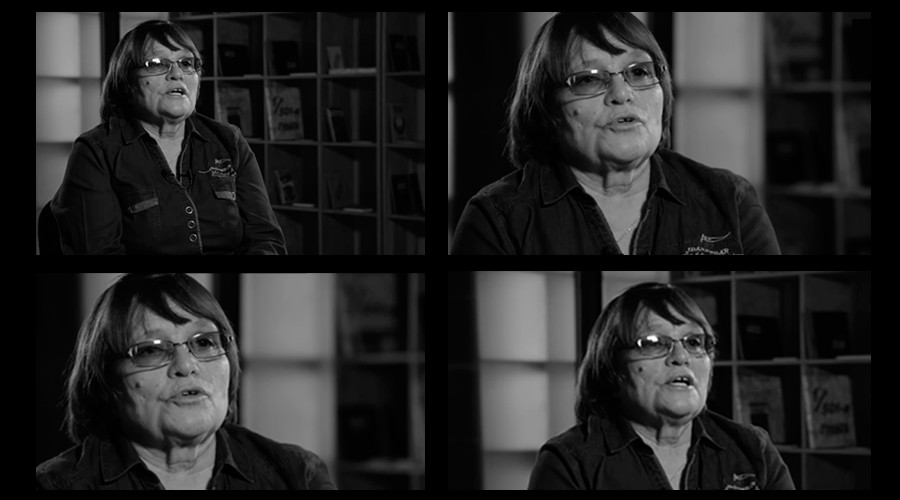 Valentina Zhukova, screenshots from the interview for 'My Gulag' project

Georgy Karetnikov recounts that he spent the first eight years of his life in a children's barrack. He was born in 1938 in the Akmola camp for wives of “traitors to the Motherland.” He suspects that when his mother was arrested, she did not yet know she was pregnant. The newborn Georgy was immediately taken away. He met his mother for the first time only on the day of her release in 1946; his father had already signed a form renouncing custody of him. The two men saw each other as adults, but did not become close. 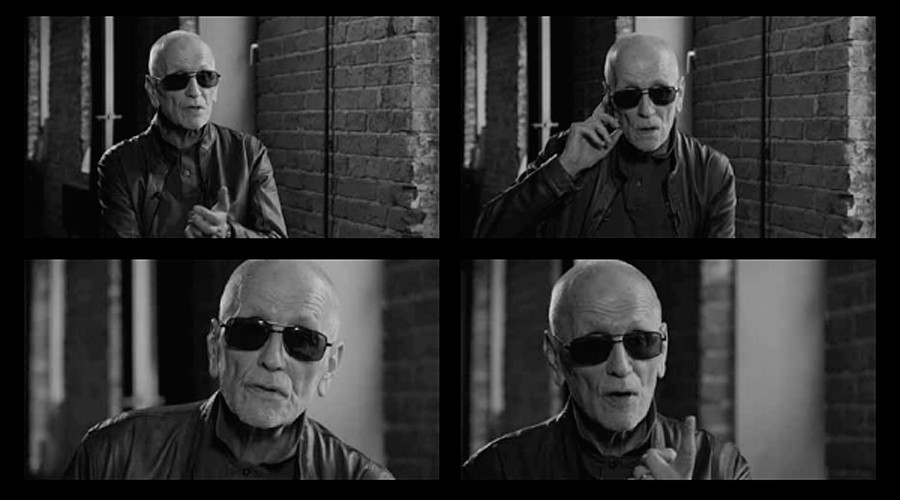 Georgy Karetnikov, screenshots from the interview for 'My Gulag' project

Many children separated from their parents recalled that their reunion brought no joy. The word “mom” was reserved for their educators, and on meeting their real mothers there were no tearful hugs. They were often cold and didn't know how to behave. No bond was formed.

After their release, former camp prisoners had no right to live in metropolitan areas, and had to settle at least 100 km away. Finding work was also a problem. Often they were forced to rent a shabby room or just a corner in a dormitory.

Many could not even afford to travel back to their place of birth, and remained in the settlement closest to the camp. Having lived all her life in Yaroslavl Region, Lydia Chyurinskiene only as an adult learned that she had been born in Leningrad and interned as an infant with her mother. Before long, she was taken to an orphanage. Later, now married, she did not tell even her husband or children that she had been in a camp. Obviously, she did not want people at work to know either. 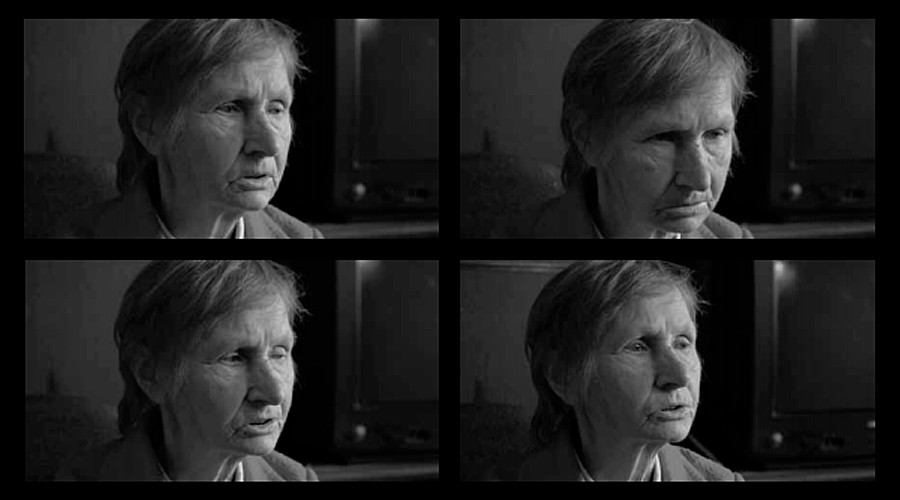 Lydia Chyurinskiene, screenshots from the interview for 'My Gulag' project

Even if someone did manage to return to their place of birth, they often found that the family apartment had been confiscated and reallocated.

1991 saw the adoption of the law "On the rehabilitation of victims of political repression," which recognized children of the repressed as victims themselves of repression, and finally granted them the right to return to their birthplace. The law was later supplemented to allow children born in the camps to apply for housing in the city where their parents had lived prior to their arrest.

However, from a bureaucratic viewpoint, the “returning home” procedure is extremely complex. “Rehabilitation certificates” and many other documents have to be submitted, after which the applicant must register in the proposed new place of residence — and each constituent entity (republic or region) of Russia has its own laws, procedures and waiting lists for free housing. As such, the process can drag on and on, sometimes for decades. 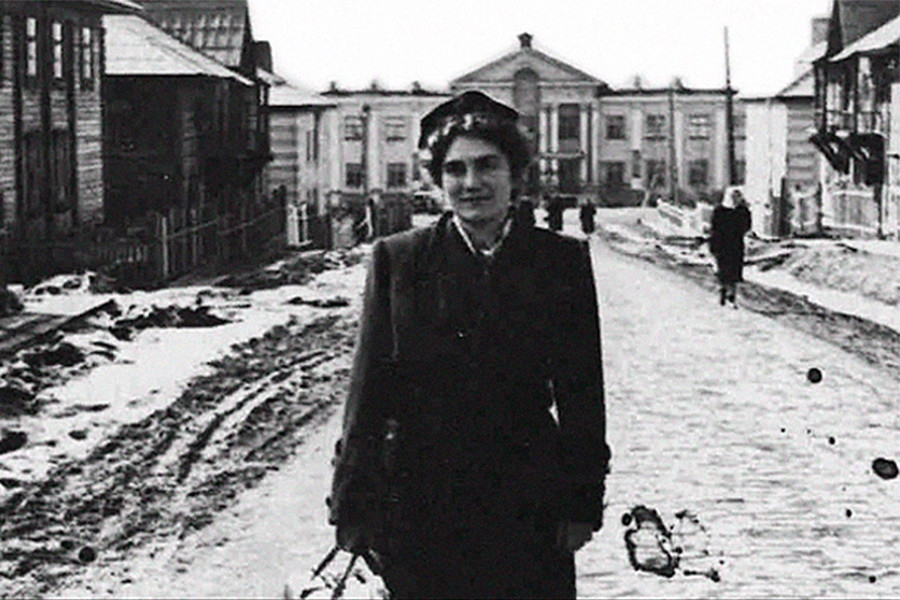 Some of children born in Gulag still try to 'return home'

For example, the three women Alisa Meissner, Elizaveta Mikhailova and Evgenia Shasheva, all born in exile, have been trying unsuccessfully for many years to obtain the right to live in Moscow. Elizaveta Mikhailova, now in her seventies, has to make the hours-long journey back and forth from Vladimir Region to Moscow simply to state their case.

Human rights activists and lawyers have taken up the cause. They are doing all they can to win compensation for victims of repression before it is too late — and not from regional budgets, but the federal one, as in the case of disabled people, WWII veterans and victims of Chernobyl. But the story awaits a happy ending.

Russia Beyond would like to thank the Gulag History Museum and the human rights society Memorial for their assistance in preparing the material.