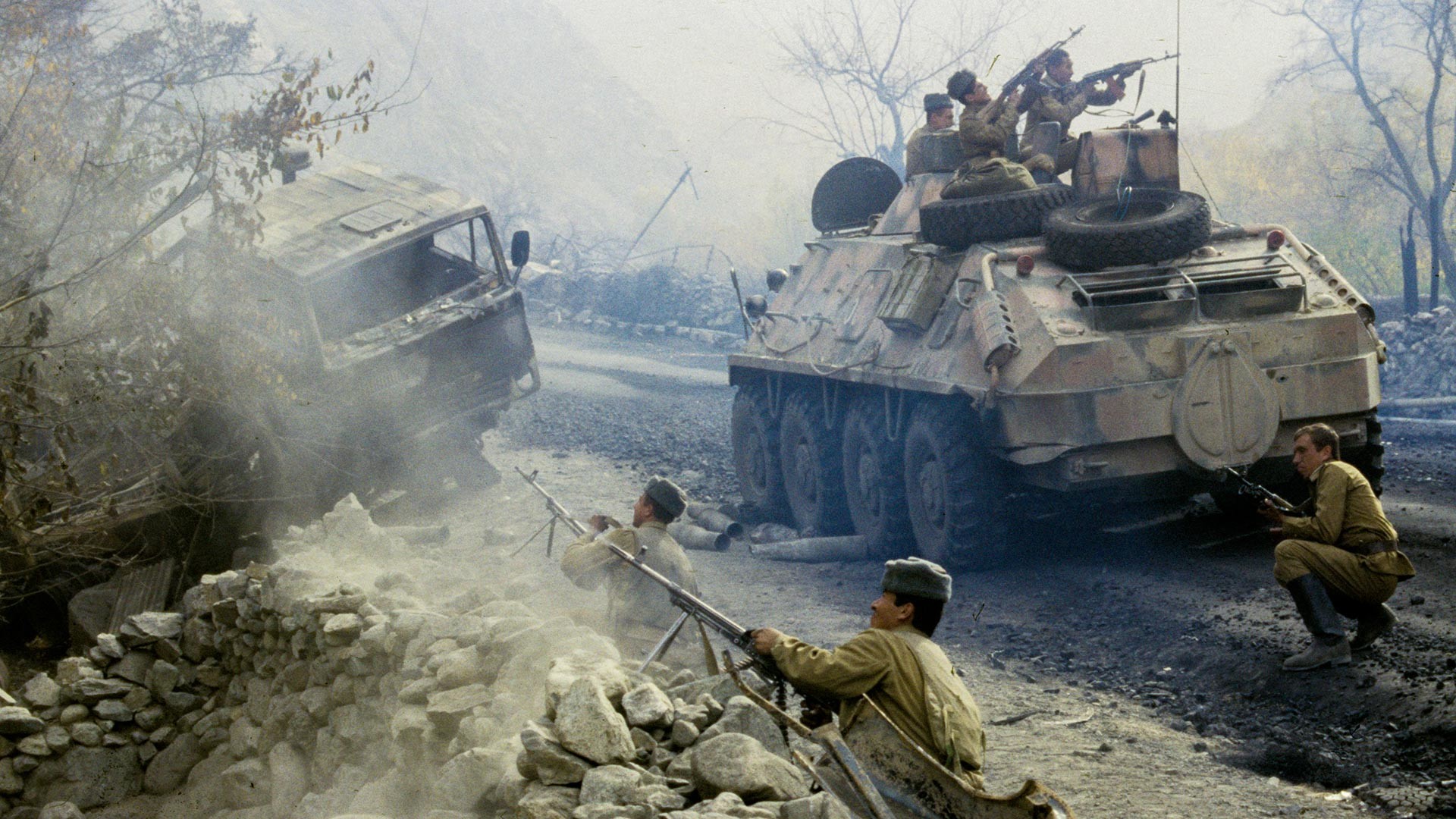 Alexander Graschenkov/Sputnik
Soviet troops in Afghanistan were not supposed to do any major fighting themselves and were originally there to assist the Afghan army. However, owing to the latter's weakness, the entire burden of the war fell on Soviet shoulders. 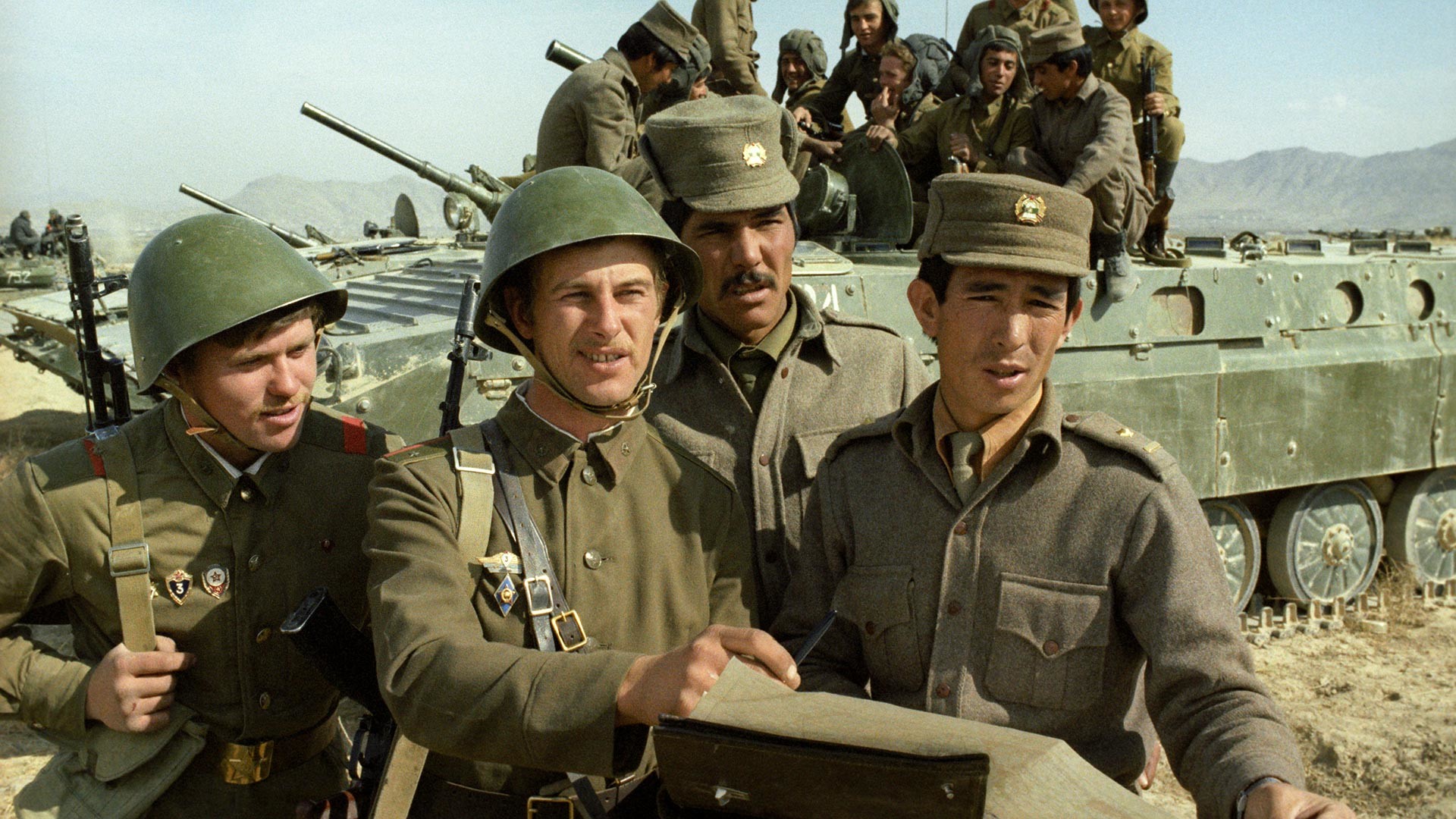 Kunar Province in the east of Afghanistan was a cause of particular concern to both the country's government and the command of the Limited Contingent of Soviet Forces throughout the Afghan War. Mujahideen detachments operating here, actively supplied with arms and ammunition from the U.S. and its allies via neighboring Pakistan, posed a threat to Kabul, which is situated only a hundred kilometers away.

The Soviet army regularly carried out operations in Kunar, but it didn't employ enough resources to resolve the problem conclusively. A Mujahideen ambush on April 21, 1985 in Maravar Gorge resulted in the deaths of 31 reconnaissance soldiers from the 334th Separate Special Forces Detachment, and this proved to be the last straw.

On May 19, following a powerful artillery bombardment, a 12,000-strong assault force was sent into the valleys of the rivers Kunar and Pech. Simultaneously, Soviet armored troops and units of government forces of the Democratic Republic of Afghanistan (DRA), with a total strength of up to 5,000 men, advanced in the direction of the city of Asadabad. The enemy had up to 6,000 fighters in the region under the command of Gulbuddin Hekmatyar. 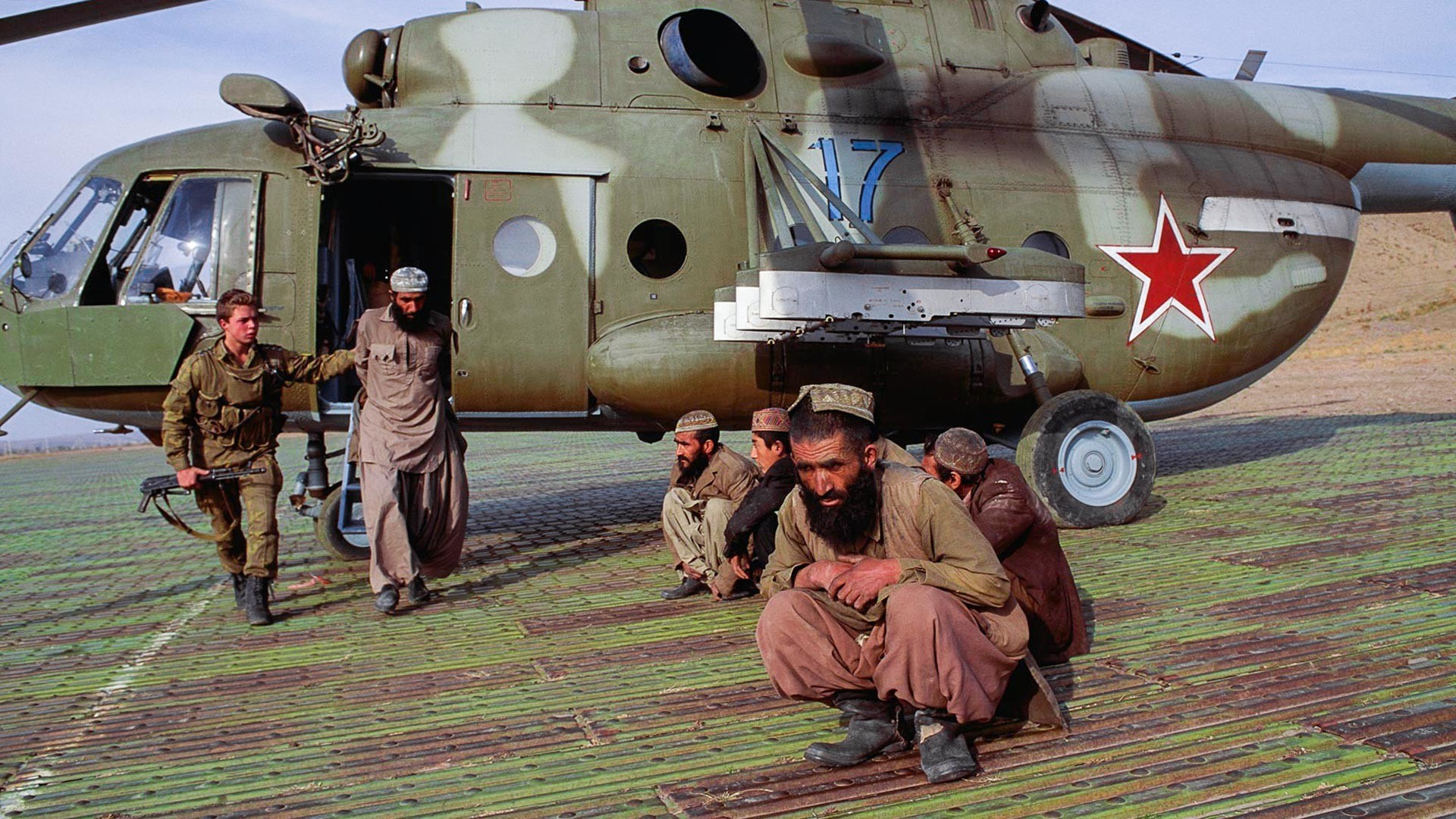 During the Kunar Operation, the Mujahideen, who usually acted like guerrillas, tried to use tactics that were completely out of character. In an attempt to recapture lost positions they launched a counterattack along the entire frontline in the manner of regular army units. However, the offensive was crushed by Soviet aviation and artillery forces.

As a result of the fighting in Kunar Province in May-June 1985, the Hekmatyar grouping, which lost about 4,000 fighters, was dispersed. In addition, over 160 depots, 2.5 million rounds of ammunition and a training center were captured, and the important Jalalabad-Barikot highway, which would be controlled by Soviet forces until the start of the withdrawal of the limited contingent in 1988, was reopened. 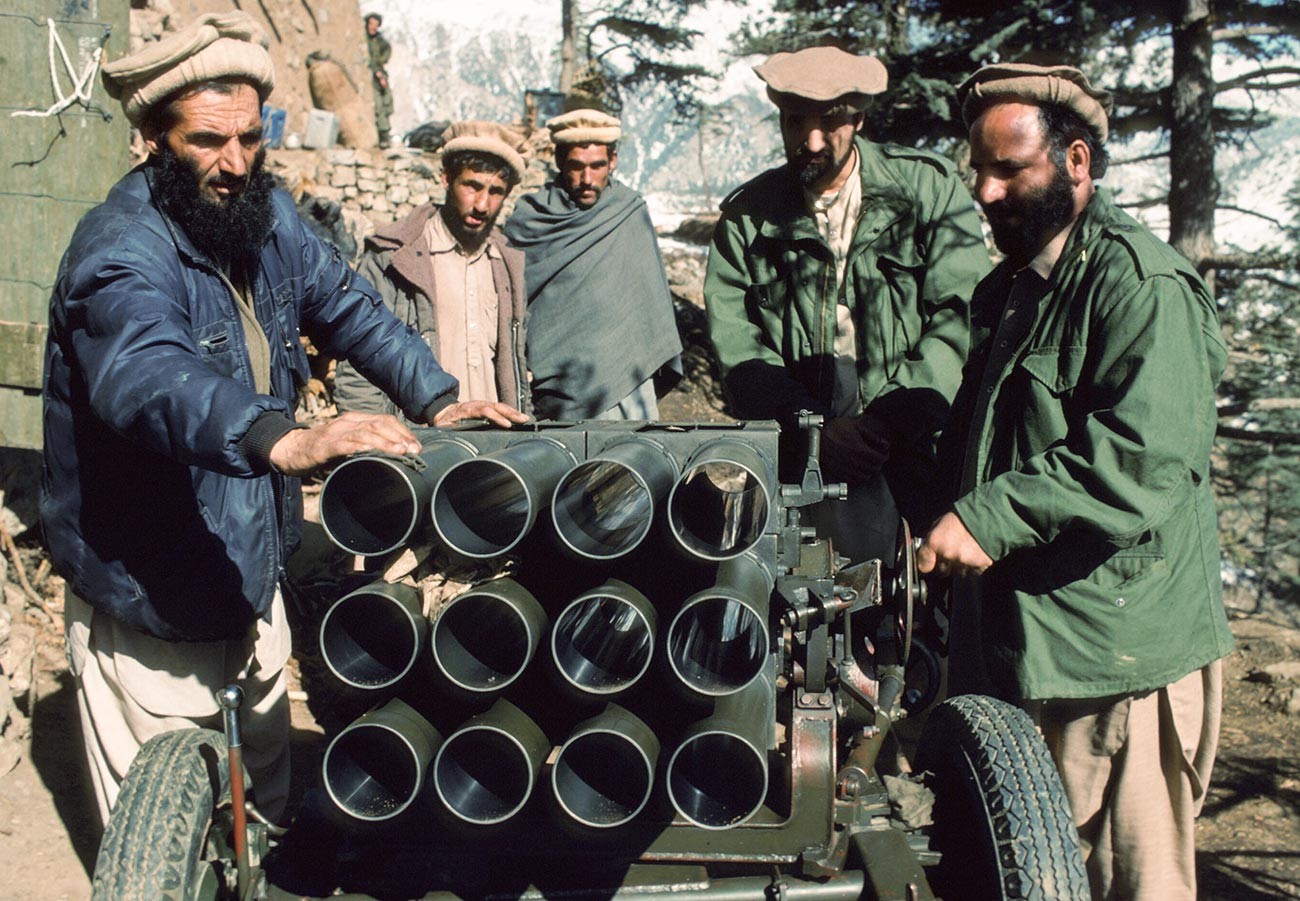 The large "Western United Grouping" under field commander Ismail Khan significantly increased its strength in Afghanistan's western province of Herat in 1986. With the active support of neighboring Iran, it was able to create big problems both for the DRA government and for Soviet troops in the region.

The command of the Soviet 40th Army decided to pound the enemy with simultaneous strikes in the green Herat Valley and in the mountainous areas on the border with Iran, where the Mujahideen had their fortified stronghold of Kokari-Sharshari.

While in the plains the enemy was overwhelmed by the sudden strike and quickly gave up, in the mountains Soviet paratroopers encountered fierce resistance. The terrain was chock full of mines and was completely raked by the Mujahideen's mortars and recoilless guns, whose fire was being accurately directed from the Iranian side. To cap it all, after several days of fighting, the paratroopers were stranded in temperatures of 50° C without supplies of water. 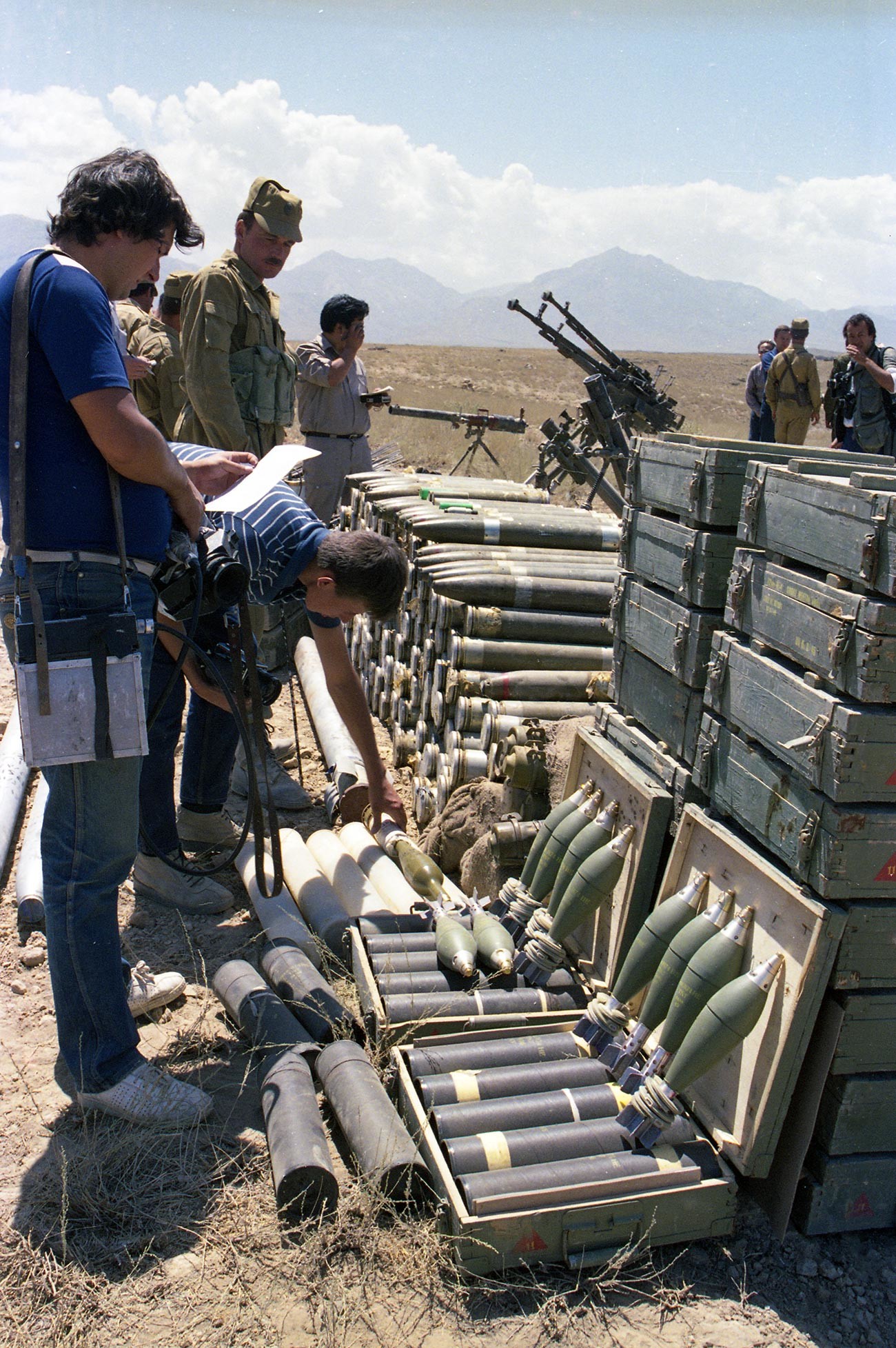 Only on Aug. 25, with artillery and air support, were motorized infantry and airborne units able to overcome enemy resistance and capture the fortified area of Kokari-Sharshari. Ismail Khan himself managed to flee to Iran with a part of his fighters.

As a result of Operation Trap, 26 arms and ammunition dumps, 25 fortified mud houses adapted for defense and 32 cave shelters were destroyed. A split appeared in the ranks of the Mujahideen of Herat: Many field commanders and their detachments laid down their arms, and some went over to the Afghan government side. 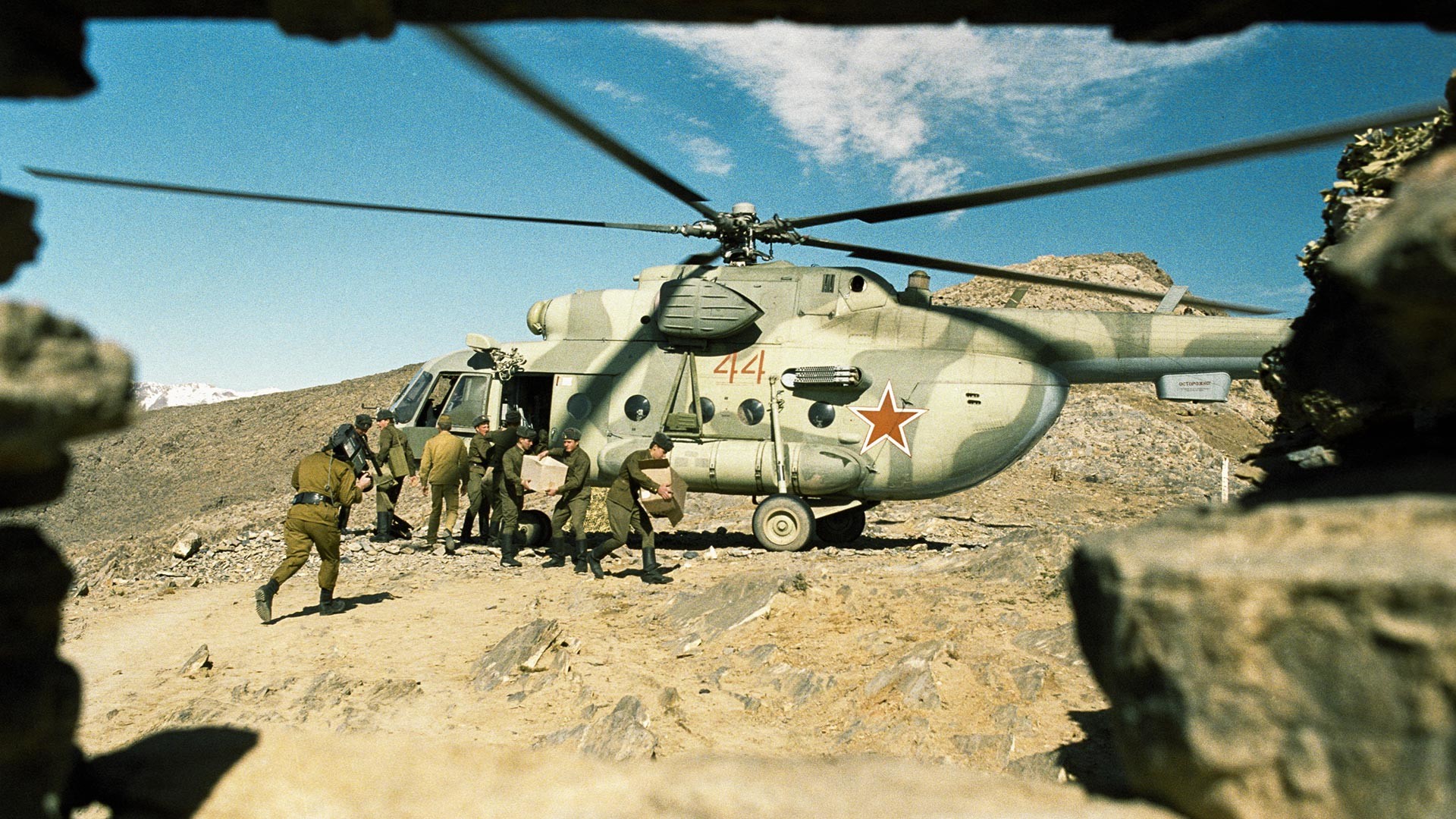 The situation in the city of Khost, the center of the province of the same name in the country’s southeast, was a headache for Kabul throughout the Afghan war. Save for a number of brief intervals, it was under siege for almost eight years.

As the DRA’s army was incapable of eliminating the threat from field commander Jalaluddin Haqqani, who operated there, the Soviet command embarked on one of its largest operations during the entire conflict, known as Operation Magistral. 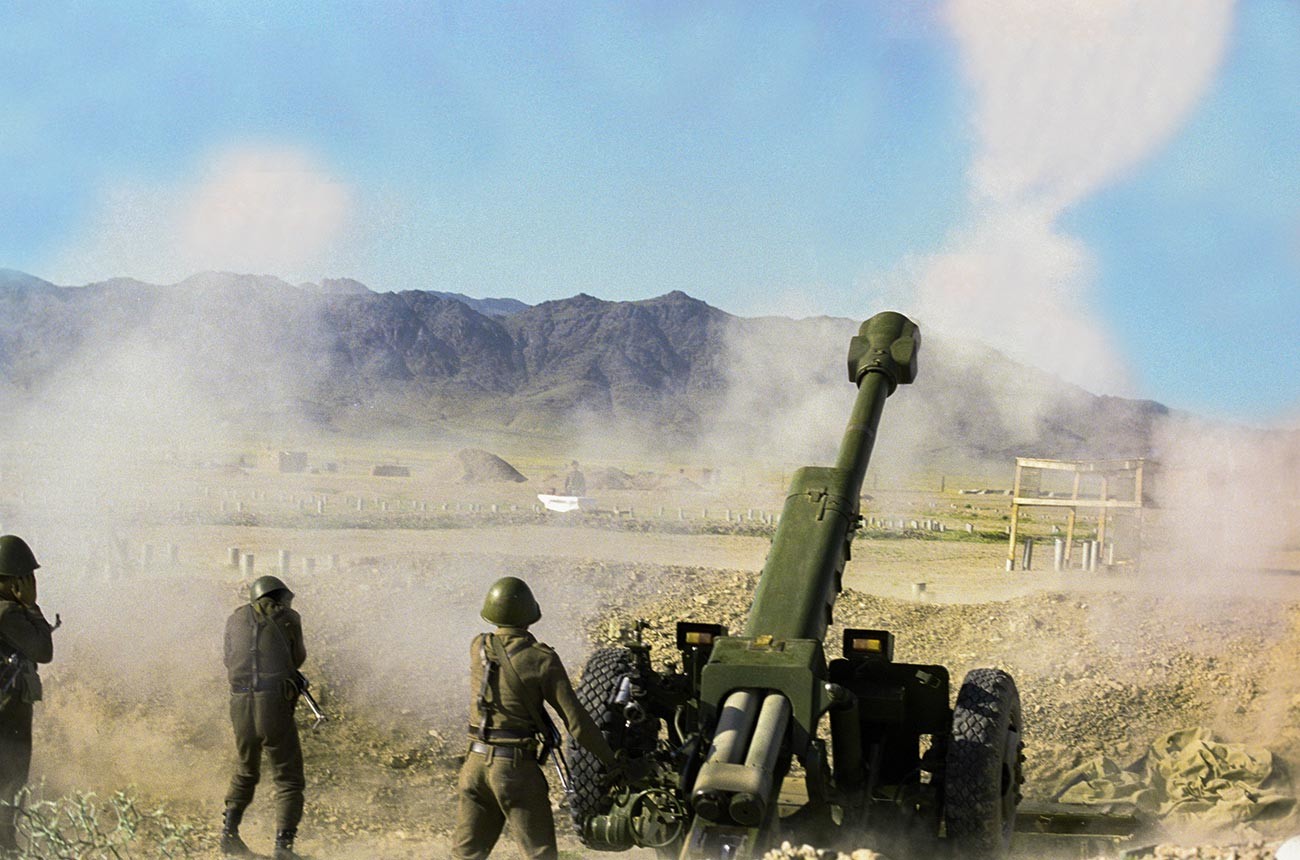 The main objective of Soviet and Afghan troops was to lift the siege of Khost, re-establish control of the road to Gardez that led from it, and to smash the fortified Mujahideen area of Javara (Pashto for "Wolf Hole"). It had already been destroyed in April 1986, but the Mujahideen quickly re-established it with help from Pakistan.

Operation Magistral began with a sweep by special forces and DRA military units in the Satukandav Pass. A clever ruse, a so-called ‘sandbag landing force’, was made to discover the enemy’s concealed firing positions - bags of sand attached to parachutes were dropped from the air. "The guerrillas were dumbfounded when they saw the ‘troop drop’," recalled 40th Army commander Gen. Boris Gromov. "The prisoners later described what happened. They didn’t know what to do. For a minute, or a minute and a half, there was complete silence. And then, when the penny dropped, they seemed to go berserk at our brazen attack and responded with all guns blazing. This was exactly what we wanted. Our artillery hit all the enemy positions that were pinpointed in this way. And this ensured that we could break the blockade…" 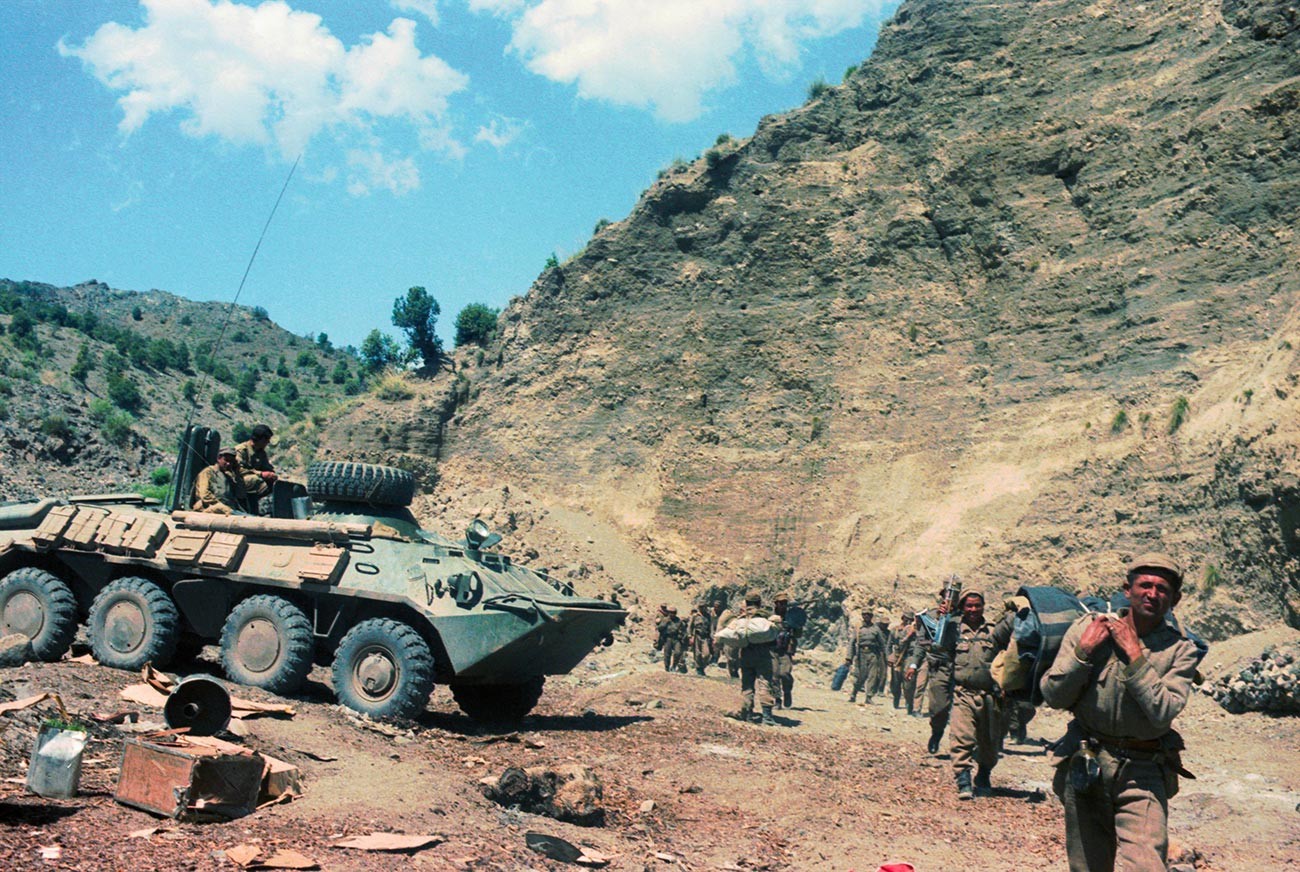 Then, real paratroopers, along with groups of Afghan special forces, landed in the environs of Khost and started advancing to meet up with Soviet troops coming from Gardez. As a result, the Mujahideen were hemmed in from two directions simultaneously and scattered. In early January 1988, food convoys headed by road for the starving but now -relieved city. The destruction of the Javara base and the defeat of Jalaluddin Haqqani's forces foiled the Mujahideen's plans to establish an independent Pan-Islamic state in Khost Province.