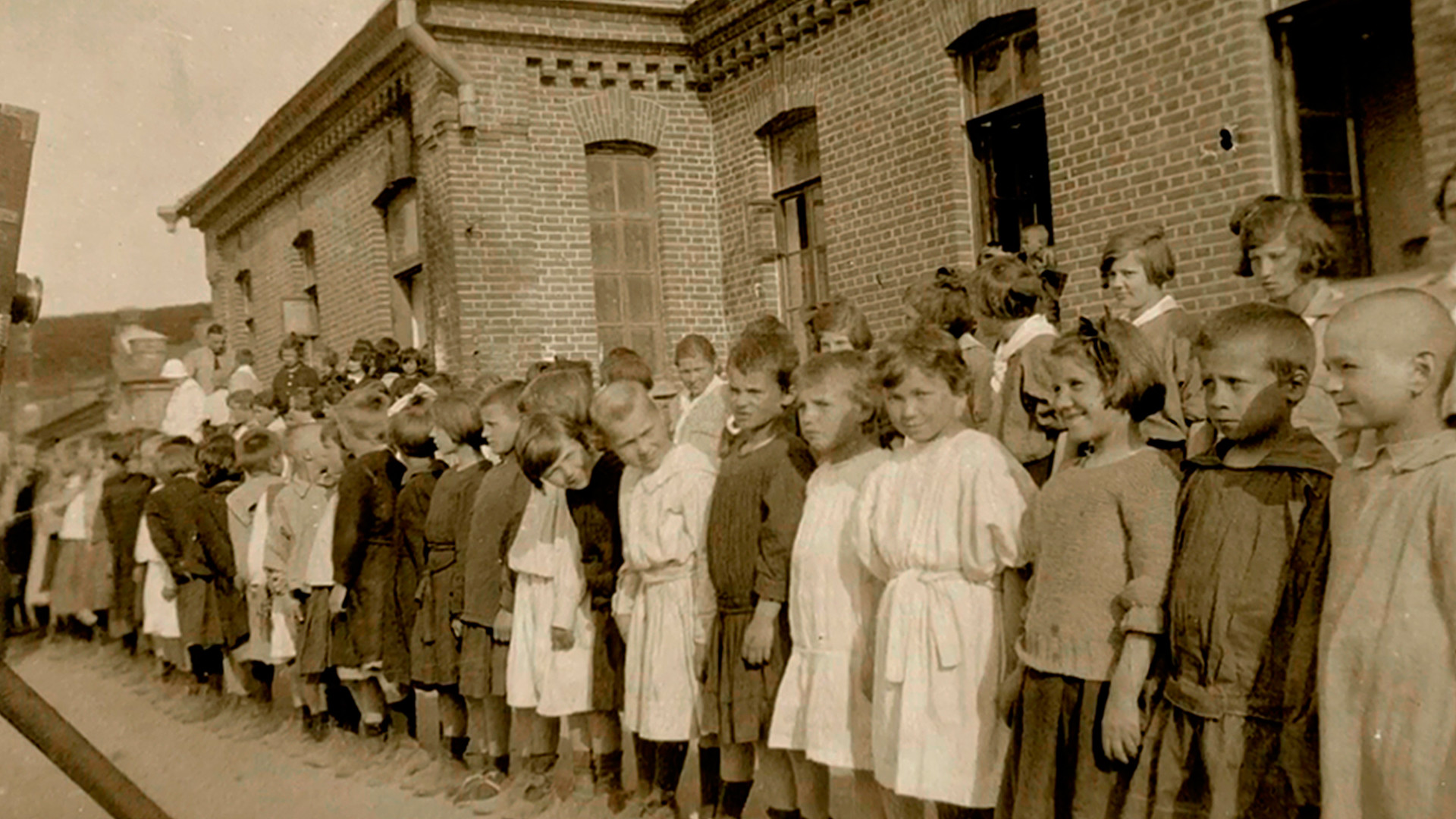 petrograd colonia/youtube.com
What began as an ordinary summer holiday in the Ural Mountains unexpectedly turned into a three-year odyssey across half the world for a group of Soviet schoolchildren.

On May 18, 1918, almost 800 children left Petrograd (present-day St. Petersburg) on a summer vacation in the Urals. No one could have imagined that in a short space of time they would find themselves in mortal danger, that they would travel halfway around the world, and return home only two and a half years later.

In November 1917, Petrograd lived through the Bolshevik Revolution, which was soon followed by a hungry winter. In the spring, educational establishments, together with  parents, decided to send 11,000 children in an organized fashion to so-called ‘children's summer nutrition camps’ that were scattered all over the country. The goal was to build up their strength and improve their failing health. About 800 children were quite unlucky. Accompanied by several hundred adults, they set off on an ill-fated trip to the Ural Mountains. 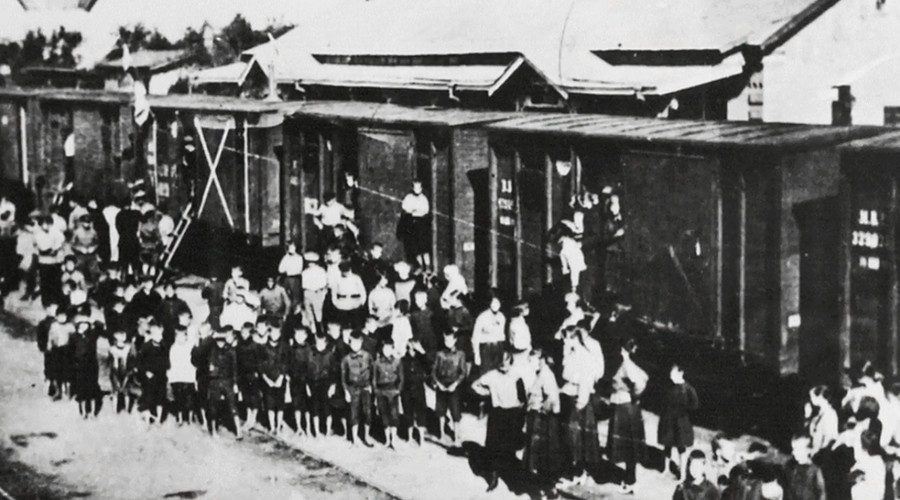 As it turned out, they could not have chosen a worse time for the journey. As the trains carrying the children headed east, an anti-Bolshevik uprising was getting into full swing there. In a matter of weeks a vast region of Siberia and the Urals was engulfed in civil war.

Finding themselves in the epicenter of hostilities, the children became helpless eyewitnesses. One day, the area in which their camps were situated could be under the control of the Reds, and the next day the same area could be seized by the Whites. "The streets were totally raked with gunfire and we, hiding under the couches, would look on in fear as soldiers walked through the rooms, lifting our mattresses with their bayonets," recollected one of the camp girls.

By the end of 1918, the Petrograd schoolchildren found themselves in the rear of Alexander Kolchak's White armies, which were advancing westwards, and it was now simply impossible for them to return home. The situation was aggravated by the fact that money and food supplies were rapidly running out, and the children were still in their summer clothes as winter approached. 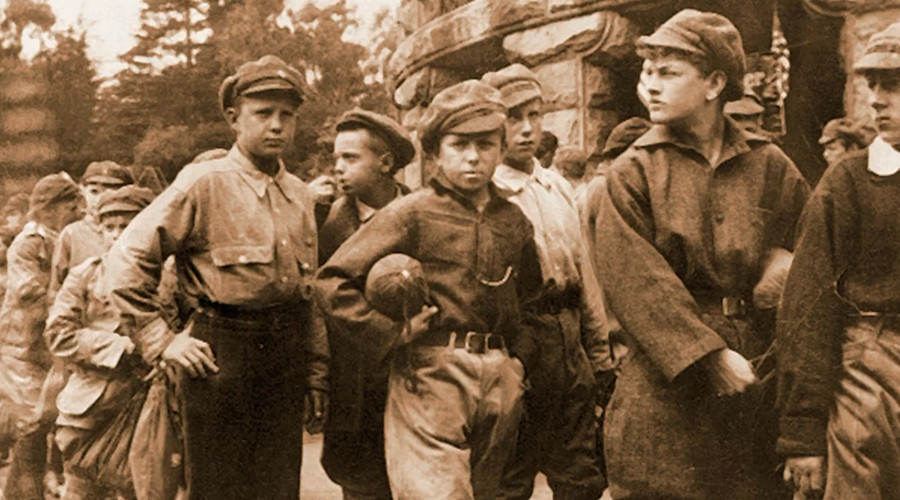 Quite unexpectedly, the American Red Cross, operating in Russia at the time, took an interest in the schoolchildren. Gathering the children from all the camps and putting them in a single camp near the Southern Urals city of Miass, it took them under its protection: The Red Cross gave the children warm clothes, sorted out their everyday needs, gave them regular meals and even resumed educational activities.

Whenever possible, the Americans informed the Soviet government of life in the camp and forwarded letters from the children to their parents, who were mad with worry back in Petrograd. The sides discussed various possibilities for evacuating the children, but none came to fruition.

Following the defeat of Kolchak in the summer of 1919, and as the Red Army approached the area where the camp was situated, the American Red Cross decided to take the children away from the war zone and deeper into Siberia and then to Russky Island near Vladivostok.

In the spring of 1920, the U.S. started evacuating its troops from the Russian Far East, and the American Red Cross mission was leaving the country with them. It didn't want to leave the children to fend for themselves, but didn't have the possibility of taking them along. Then the Americans turned to the Japanese for assistance, deciding to evacuate the children to France. 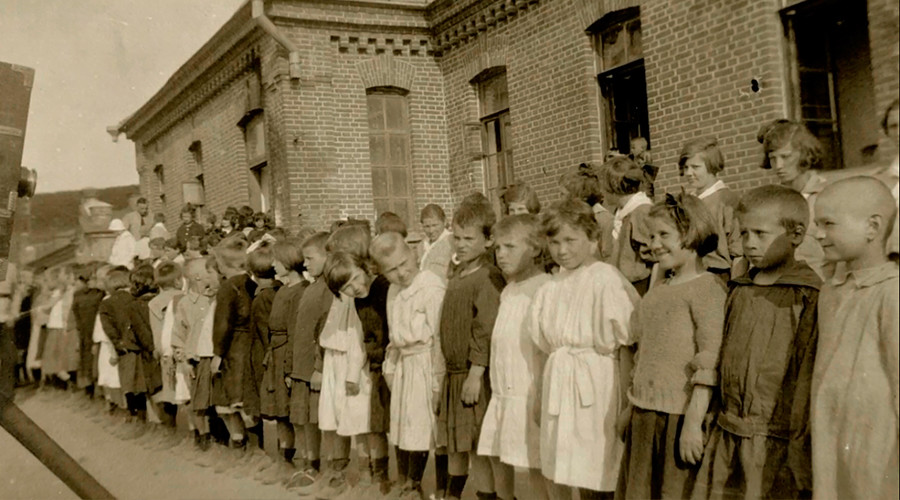 Riley Allen, who worked for the Red Cross, chartered a Japanese freighter. The ship's owner, Ginjiro Katsuta, who was president of the Katsuta Steamship Co. Ltd., completely re-equipped the vessel at his own expense to evacuate the young passengers: Beds and fans were installed, and an infirmary set up.

On July 13, 1920, the Yomei Maru, with the flags of the U.S. and Japan fluttering from its masts and an enormous red cross painted on its funnel, left the port of Vladivostok and sailed away. Only later did it turn out that the ship was setting off on an almost round-the-world voyage.

Halfway round the world

On the advice of doctors, the shortest route across the Indian Ocean was rejected. At the height of an exhaustingly hot summer it would have been too dangerous for the children's health. Crossing the Pacific, the ship sailed to San Francisco and from there via the Panama Canal to New York. The Yomei Maru and its young passengers attracted the widespread attention of the American public. At their ports of call they were met by crowds of journalists, and President Woodrow Wilson and his wife sent their greetings. 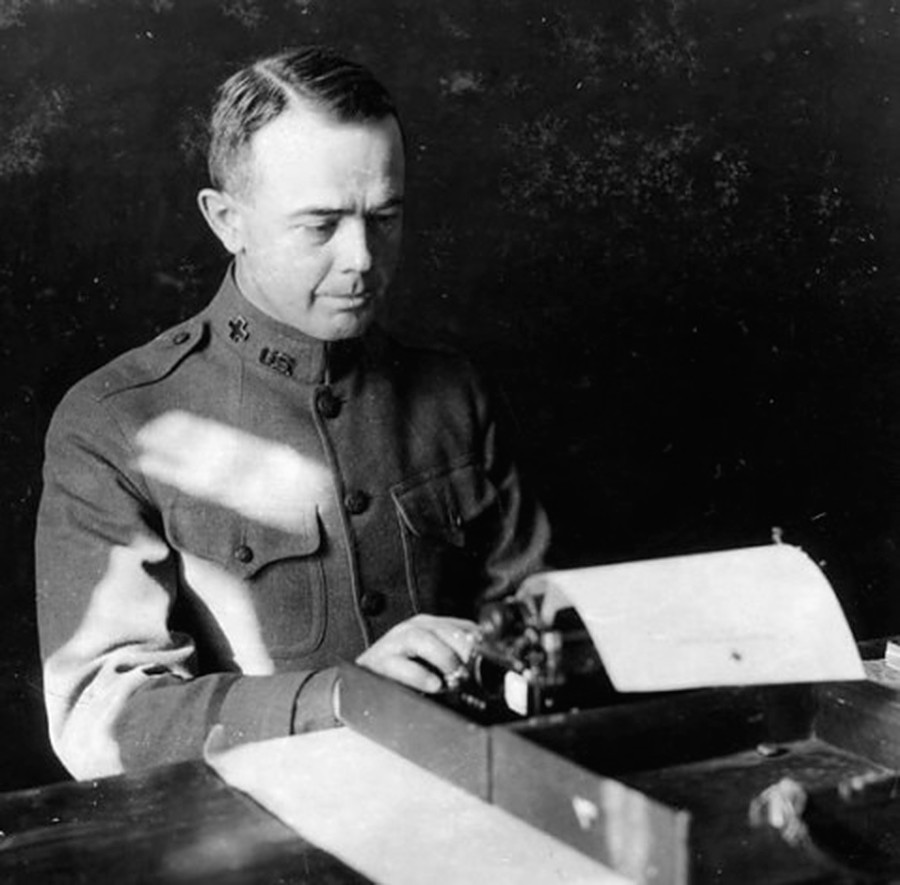 "Various New York organizations entertained our children every day. A boat trip along the River Hudson, a party in Bronx Park and a city tour in cars were organized on a truly grand scale," recollected the captain of the Japanese vessel, Motoji Kayahara.

Because of the Civil War raging in Russia, the American Red Cross planned to leave the Petrograd children for some time in France, where accommodation had already been prepared for them. But the decision provoked strong opposition from the latter. Together with their carers, they sent a message to the Americans. "We cannot go to a state whose actions have resulted in Russian nationals dying and continuing to die in their tens of thousands and hundreds of thousands as a consequence of the blockade (the economic blockade of Soviet Russia by the Entente powers - Russia Beyond); and weapons of war sent by France to Poland (the Soviet-Polish War was under way at the time - Russia Beyond) have taken, and continue to take, the lives of hundreds of thousands of young Russian troops," read the appeal signed by 400 people.

In the end, it was decided to take the children to Finland, neighboring on Soviet Russia. The Baltic Sea, where dozens of mines had been adrift since the time of the First World War, was the most dangerous part of the journey. The ship was forced to proceed slowly, changing course all the time and making stops not only at night but also during the day. 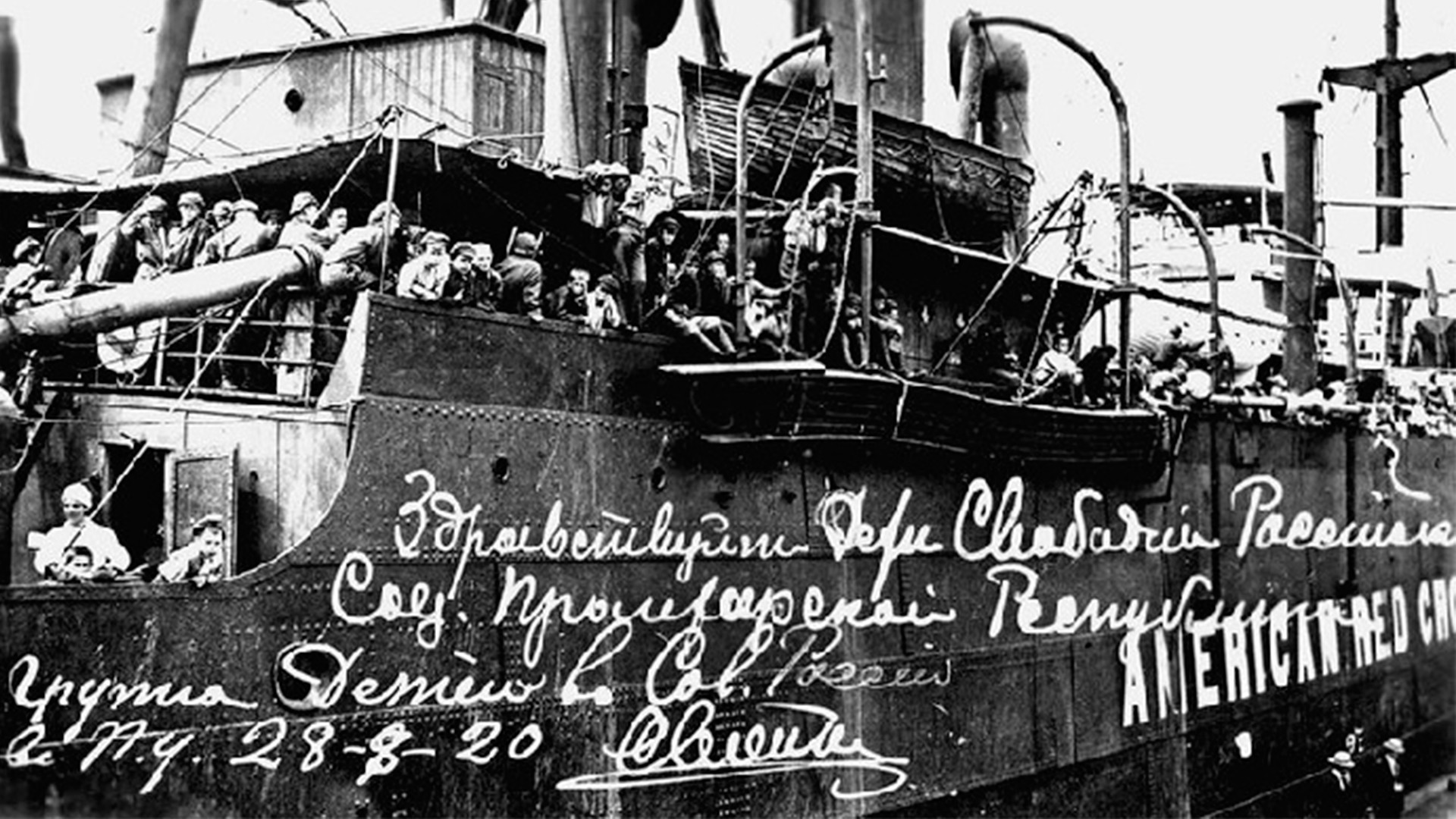 On October 10, 1920, the Yomei Maru arrived at the Finnish port of Koivisto, just a few dozen kilometers from the border, where the long journey ended. From here, the children would be handed over in groups at border checkpoints to the Soviet side. "Since leaving Vladivostok, we have been through the heat and the cold together, and over the past three months the children befriended the crew members and kept saying, with sadness, "sayonara, sayonara" (goodbye!) as they disembarked from the ship," Kayahara recalled.

The last of the voyaging schoolchildren returned home in February 1921. Grownup and mature by now, they arrived at the same railway station in Petrograd from which they had left on what they believed would be a short trip to the Urals almost three years before.