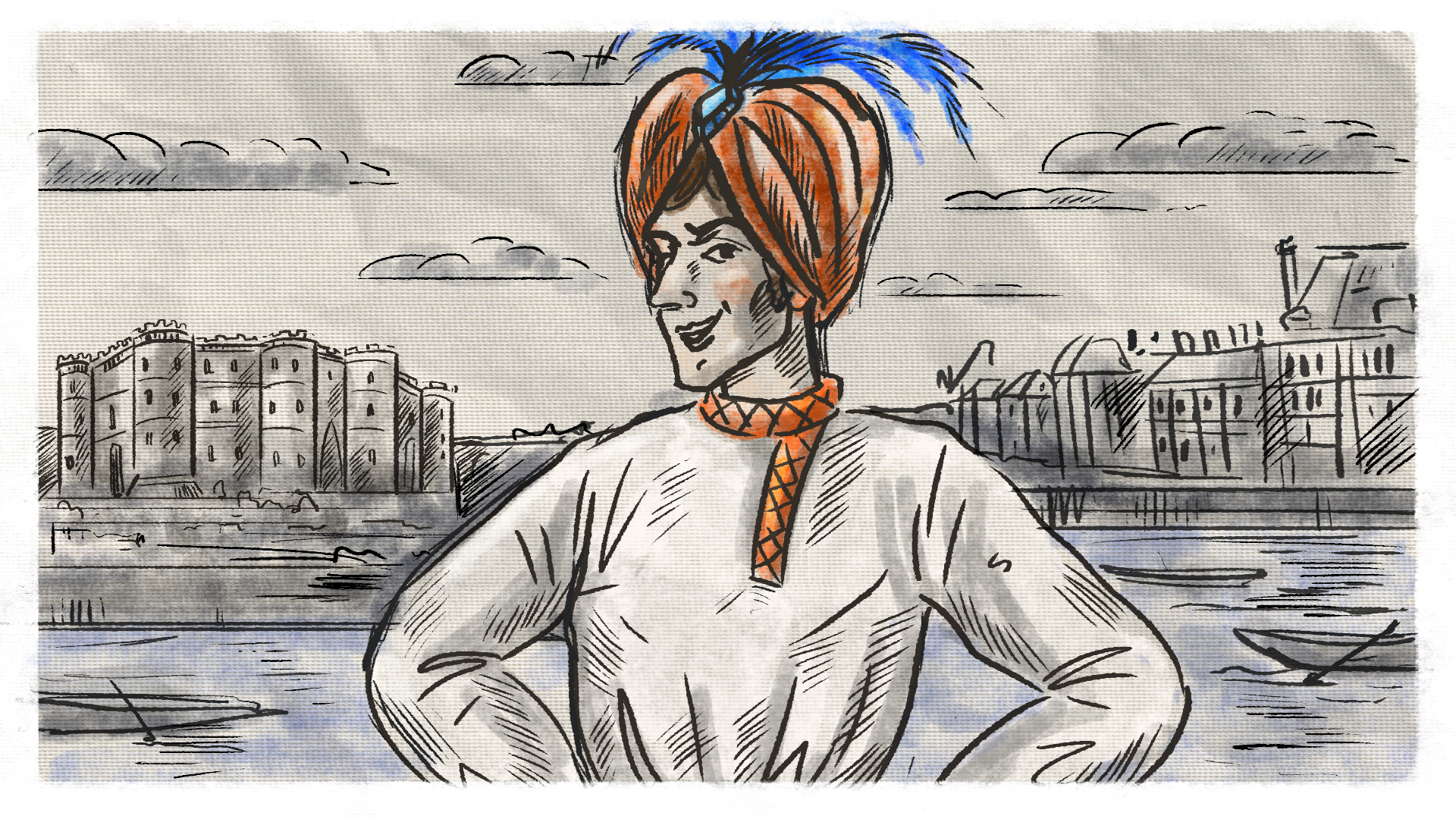 Irina Baranova
The biography of Ivan Trevogin reads more like an adventure novel. In 1783, this lad from a small provincial town in the Russian Empire went to Paris and posed as the heir to the throne of a fictional kingdom. More incredibly still, he nearly pulled it off.

Ivan Trevogin (1761–1790) was blessed with two undeniable gifts: limitless imagination and chutzpah. These talents, plus Lady Luck, took this simple boy from Kharkov (then in the Russian Empire, now Ukraine) first to St Petersburg, then to Paris. Sooner or later, though, his shenanigans always came to light, forcing him to flee.

Rolling with the punches

Because not much is known about Ivan Trevogin (and there is even no image of him left), historians have no option but to rely on what the great fabricator told the Russian secret police.

It is possible that he inherited his wanderlust and craving for adventure from his father, an itinerant church icon painter. Leaving his wife and three small sons at home, the latter would go round the villages in search of work, often in an inebriated state. It was after one such spree that he drowned.

Unable to support her family, Ivan's mother, now a young widow, asked the local governor for help, and he duly assigned the boys to the foster home of the Kharkov academy. 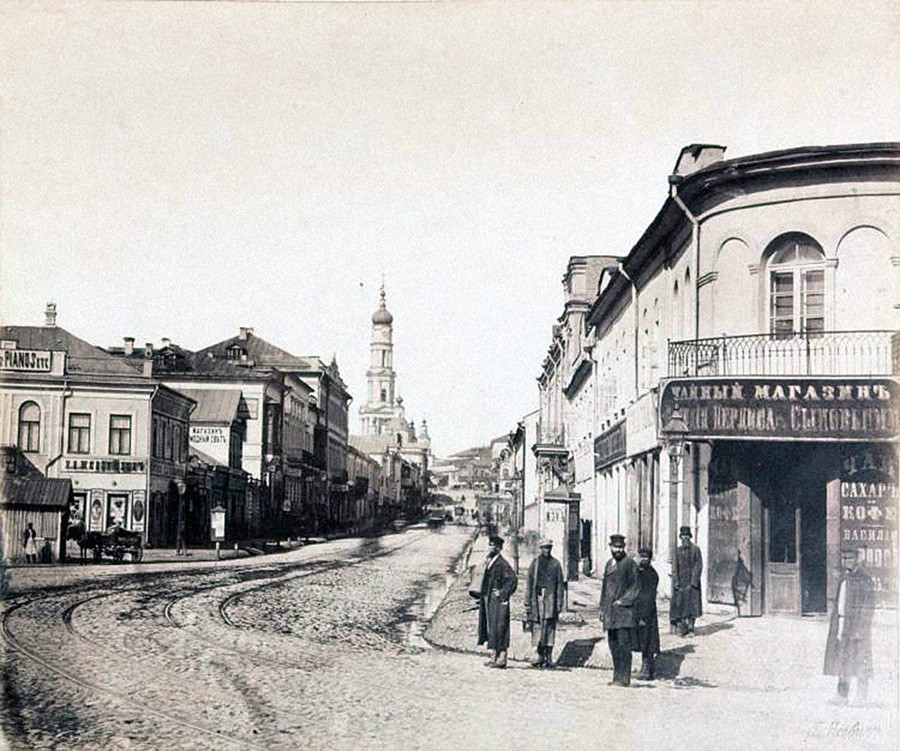 Hats off to Ivan: the young provincial studied so well that reports about his progress made their way to the governor himself. He especially excelled in French, which at the time was spoken by all the Russian nobility. That was to come in very handy later.

On completing his studies, Ivan set his sights on Voronezh, the largest nearby city, where he went straight for a job in the governor’s office. After several unsuccessful attempts, he was finally employed by a local wealthy merchant as a tutor to his children.

Like all ambitious young men, the go-getting Ivan dreamed of St. Petersburg, the then capital. 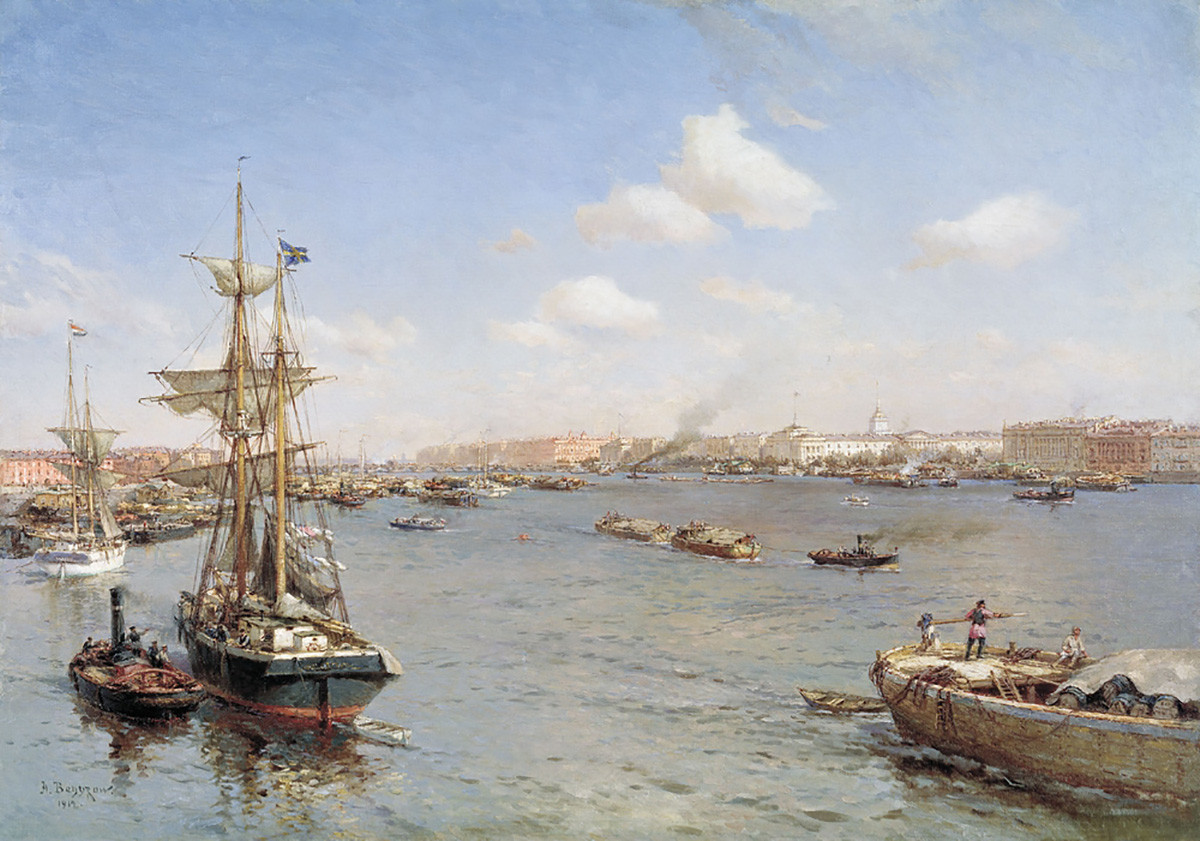 Moving there, he landed a job as a proofreader in the printing house of the Academy of Sciences and, according to some sources, received permission to publish his own magazine. The new magazine, Parnassian Bulletin, was advertised in the newspaper St. Petersburg Vedomosti as a “publication about astronomy, chemistry, mechanics, music, economics and other scholarly endeavors, with a supplement offering critical, romantic, funny and eloquent compositions.” Those who wanted to receive the magazine by subscription were kindly asked to pay the annual fee upfront. 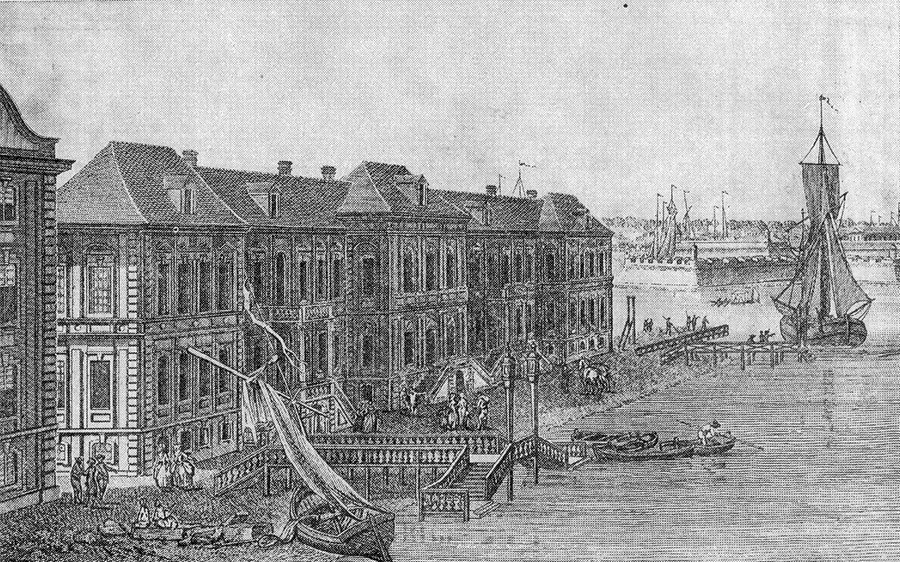 Not a single issue has survived to this day, and some historians doubt that it was ever published. What is known for sure is that Trevogin, heavily in debt and with no income, was forced to flee the capital. "That is how Trevogin found himself abroad as a homeless vagabond," writes Leonid Svetlov, an expert on 18th-century literature. 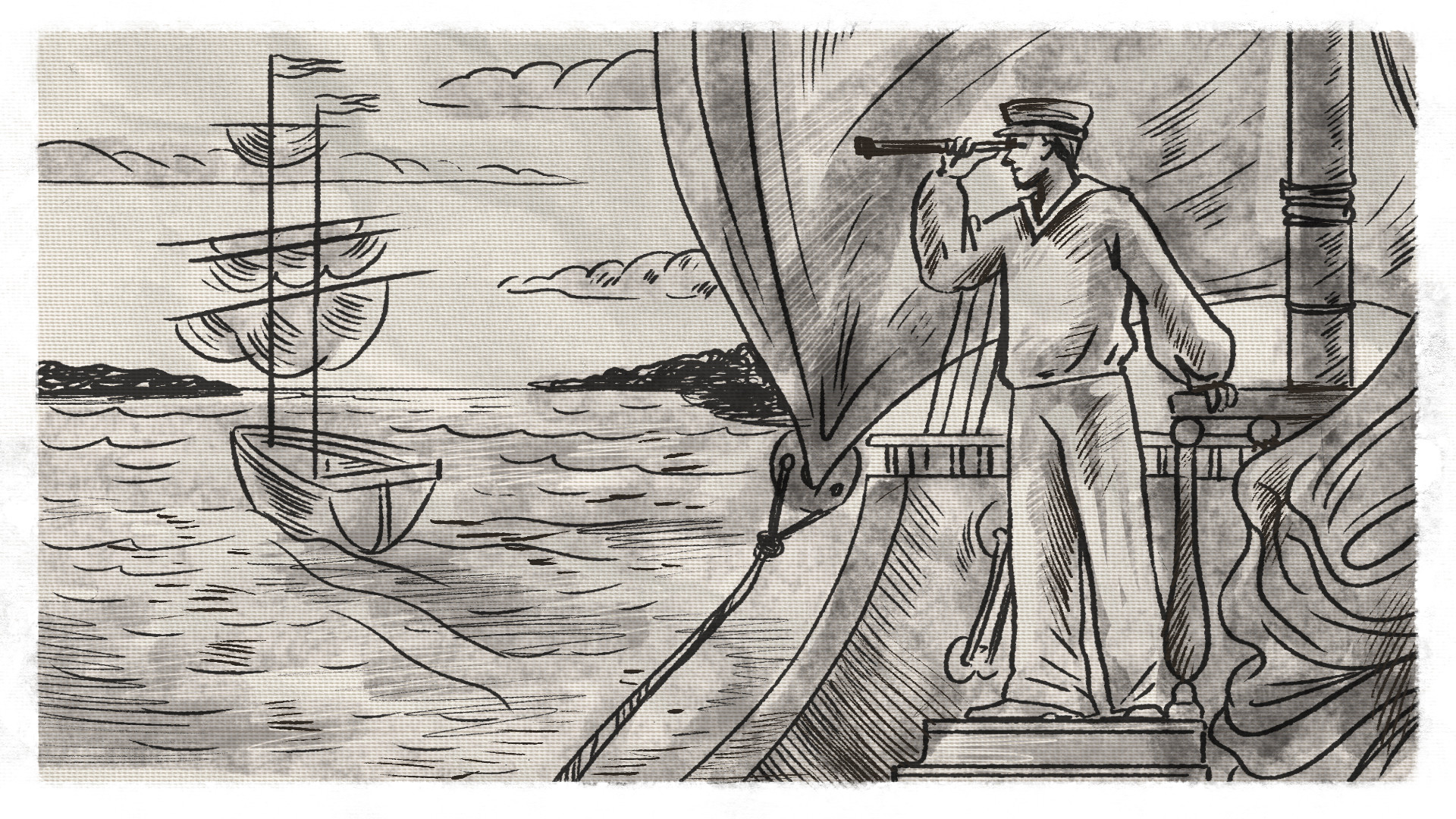 Trevogin boarded a ship sailing from St. Petersburg to Amsterdam. Holland seemed to him a poor land, one with no need for an unknown foreigner. He tried to enter Leiden University, but got rejected. After a spell of vagrancy, he again opted for subterfuge. Using his excellent command of French, he posed as a French sailor and got a position on a Dutch warship.

He would later tell police that aboard the ship he was assigned the hardest tasks and given 20 lashes for trying to escape. In the end, he managed to get himself discharged and made his way to Paris. There in France, Trevogin went to the Russian embassy and told a tear-jerking story about having been captured by the Ottoman Turks and that now his only desire was to return to his homeland. As a ruse to get food, shelter and clothing, it worked. The Russian ambassador to Paris, Prince Baryatinsky, reported to St. Petersburg that their foundling was thirsty for knowledge and had visited all the museums in Paris. 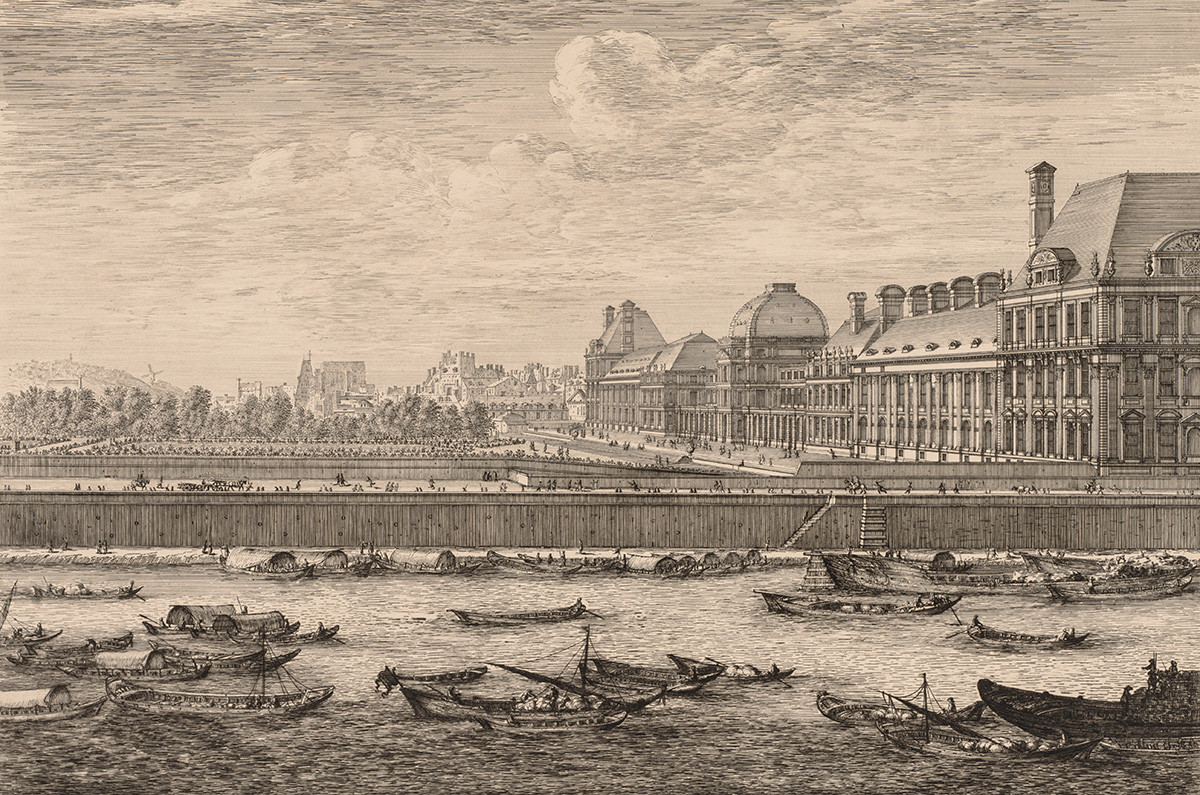 The Tuileries Palace and Garden in Paris

Trevogin feared that back in Russia those he had duped, intentionally or otherwise, would find him and exact revenge. “His impending doom and youthful imagination pushed him to go for broke,” writes Svetlov. As a result, Trevogin decided to try his luck in Asia or Africa. "On learning by chance about a certain Indian prince fallen on hard times, he assumed the alias of the unfortunate prince of Golconda, deprived of the throne by scheming relatives and courtiers." 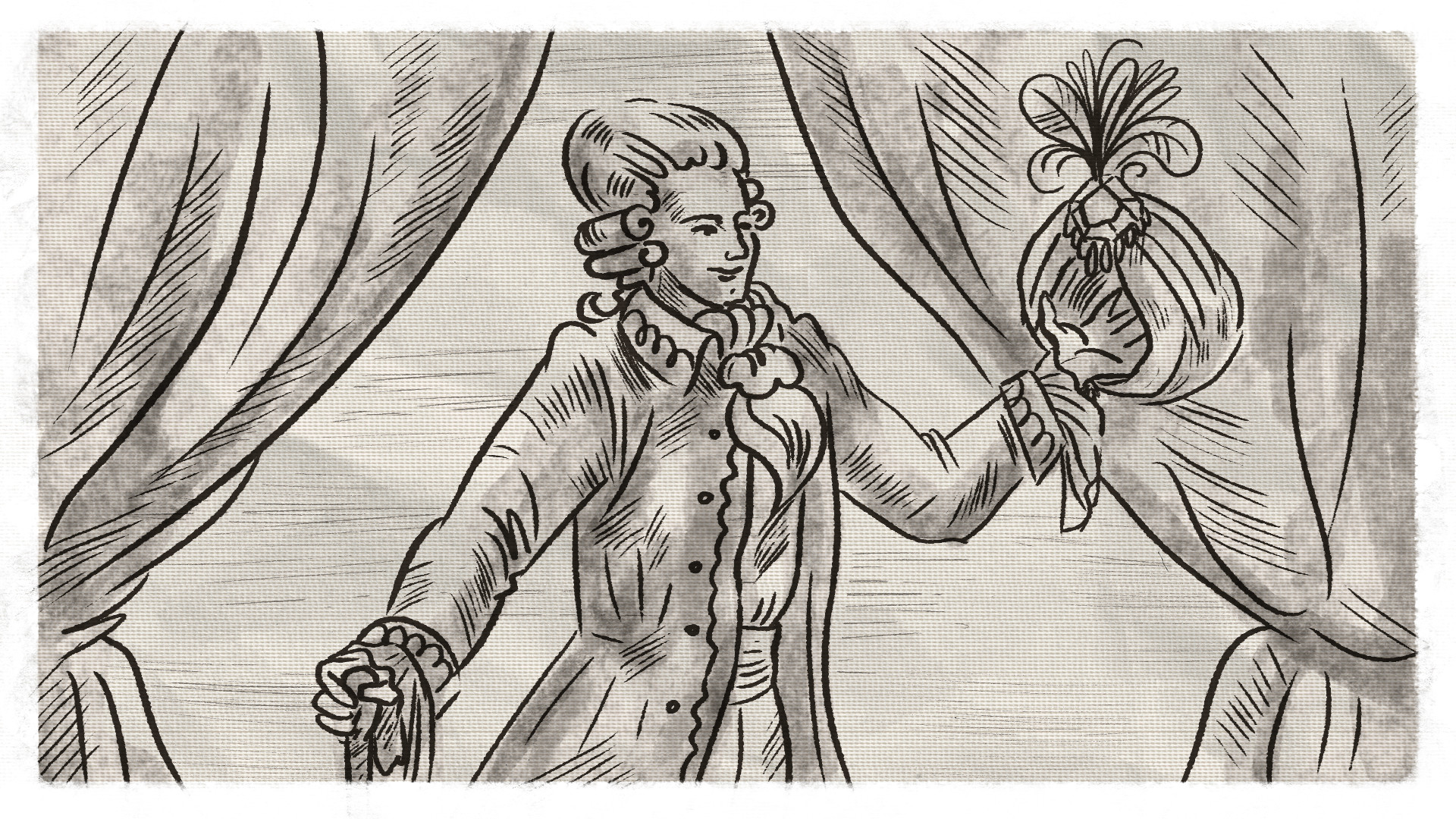 Having convinced everyone that he was indeed the prince of the (nonexistent) kingdom of Golconda, still in Paris, he began to seek a following. To make the hoax more convincing, he even ordered a royal emblem from a Parisian jeweler.

The fly in the ointment was lack of money. To fund his undertakings, he stole some silver, but was caught by the French police and sent straight to the Bastille prison. Sitting there, Trevogin devised a detailed state system for his nonexistent kingdom, including currency, coats of arms, titles, universities and much more. 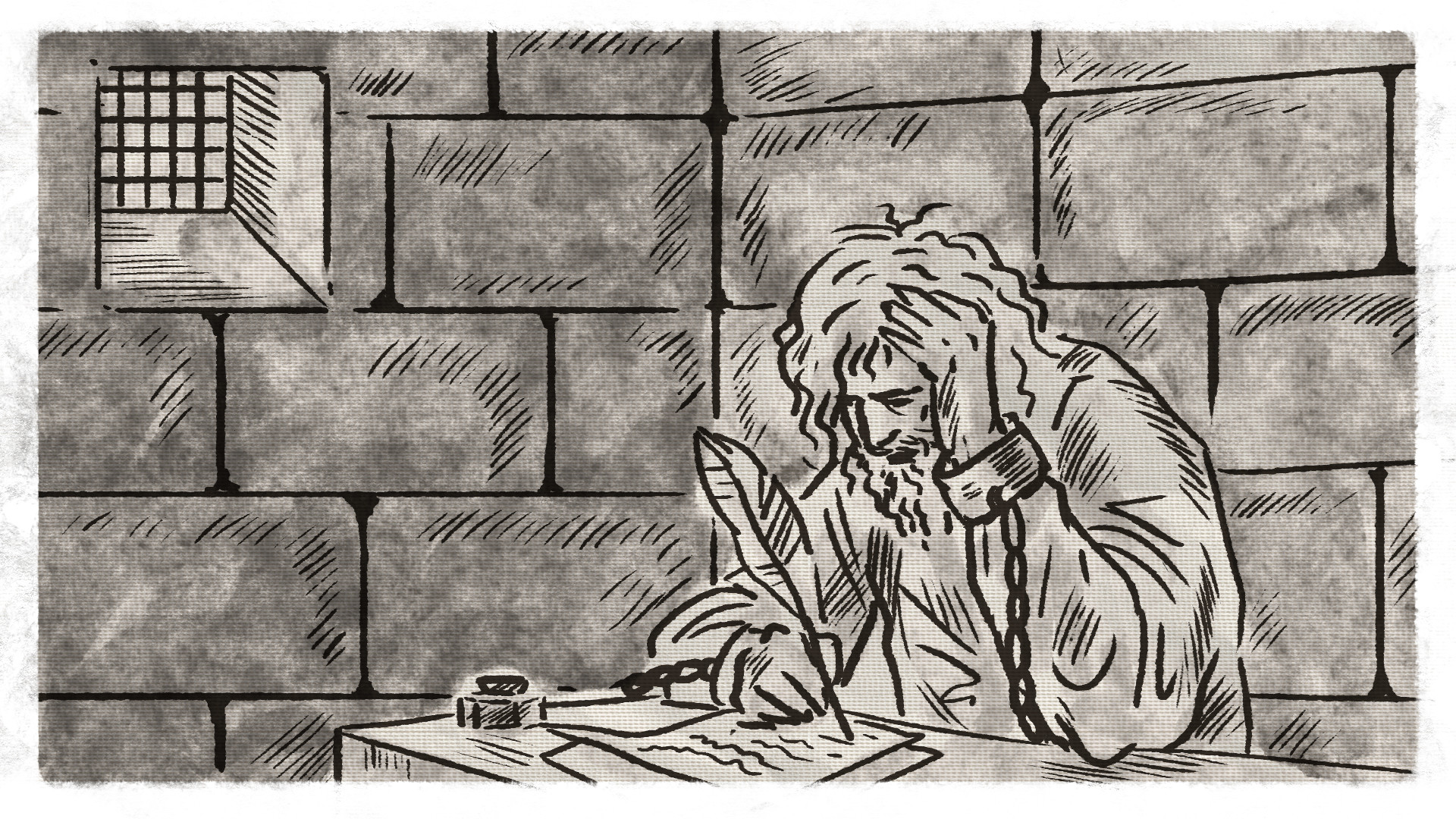 The “state” was to take the form of enlightened absolutism (a popular notion among ​​Western European philosophers of that time). Trevogin paid particular attention to the "Temple of Knowledge" — an autonomous academy where art and science would flourish. 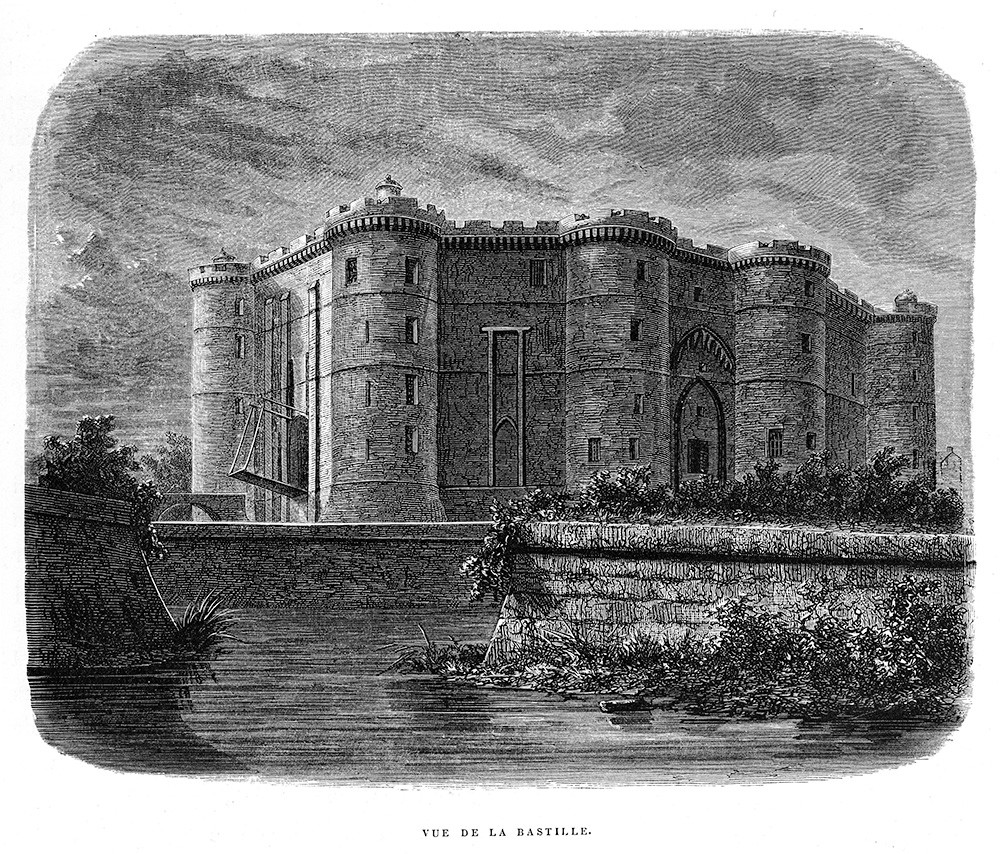 He even invented his own Golconda language, and gave testimony in it to a bemused investigator there in his Paris cell. From the Bastille, Ivan was delivered to St. Petersburg, where he found himself in the clutches of the Russian secret police.

From Paris to Siberia

Empress Catherine II decided not to punish the 24-year-old Trevogin too severely for his “youthful mistakes” — in 1783 he was sentenced to two years’ hard labor. Later he was sent to Siberia to serve as a soldier — not the best outcome for someone who had been afraid of the army since childhood! 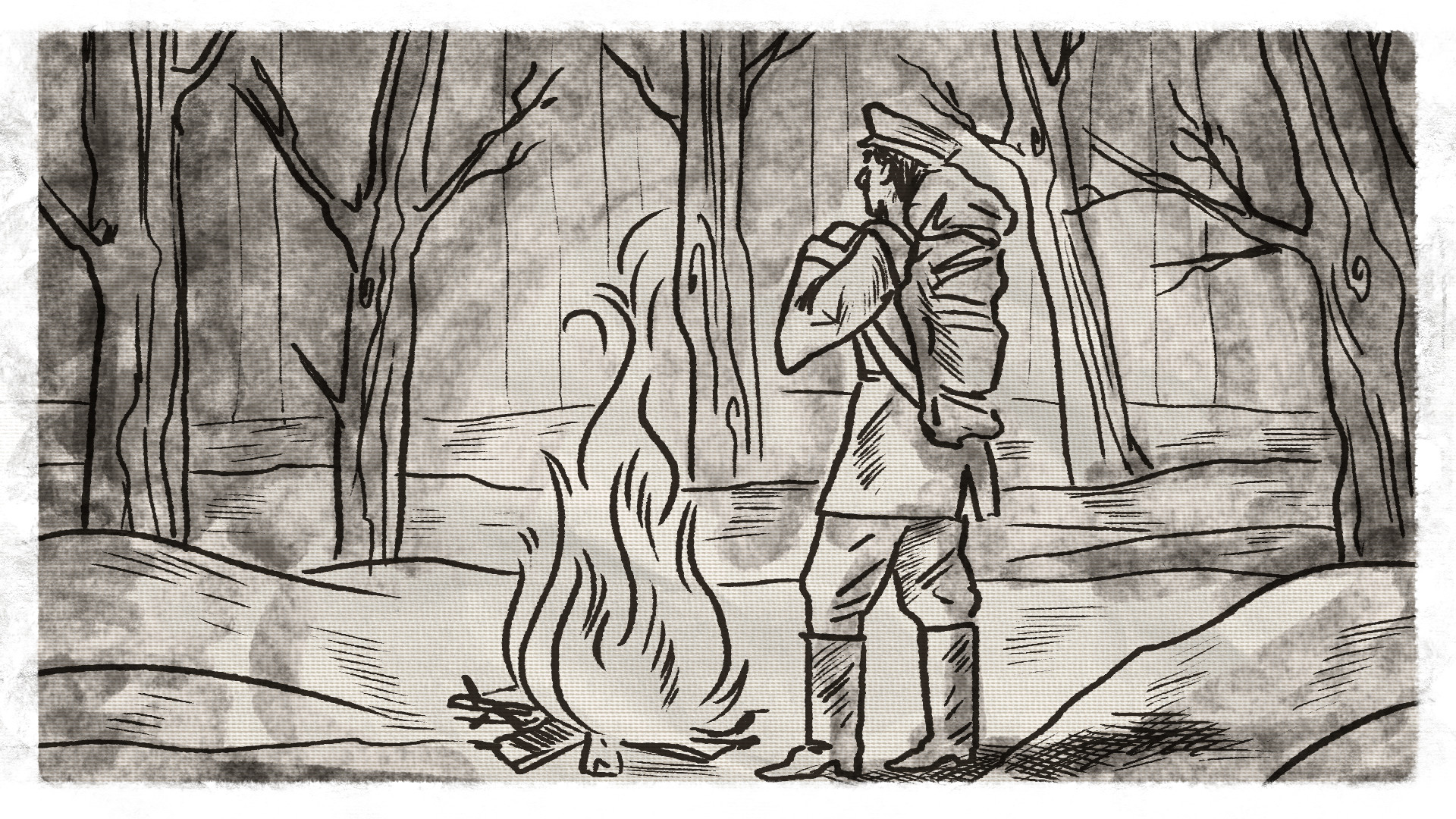 The local authorities, however, took a liking to Trevogin and petitioned for his transfer from soldier to French teacher at a local school (a man of his education was clearly a rarity in the provinces and not to be wasted). Trevogin was permitted to teach at a private boarding school and give private lessons, but could not return to the capital. While he remained in exile, the local authorities were required to report on him to the secret police.

Yet Siberian banishment for Trevogin was in many ways a release — at last he had the time to write and further develop his utopian ideas. He stopped teaching and devoted himself entirely to penning his fantasies, becoming practically a recluse. But soon he fell seriously ill and died at the age of 29.

Not taking any chances, the secret police had all the deceased’s papers sealed and sent to St. Petersburg. Even his grave was unmarked to avoid a potential pilgrimage of Trevogin cultists. 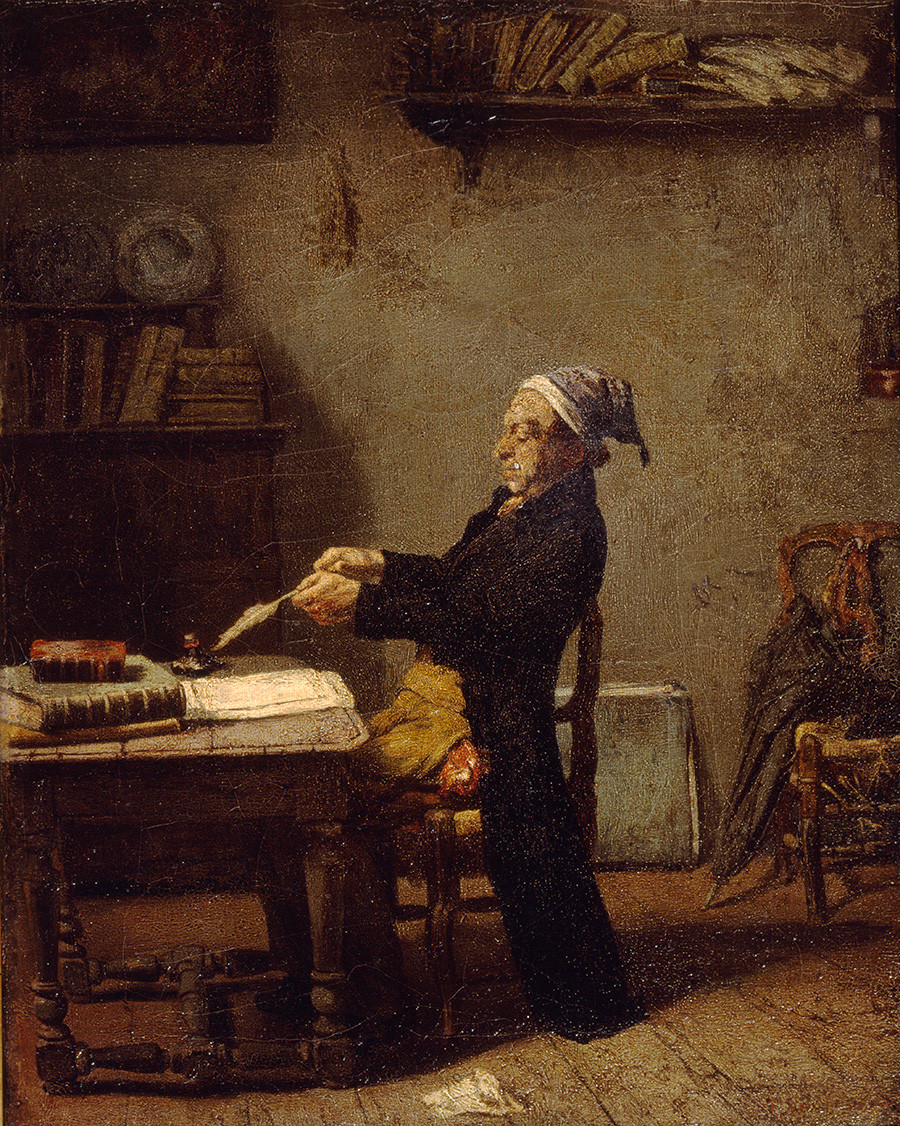 Ludwig Knaus. Scientist at work (From the Collection of State A. Pushkin Museum of Fine Arts, Moscow)

Various historical accounts and an adventure novel were later written about the would-be prince of a fictitious state who ended his days in the wilds of Siberia. Yet, as researchers point out, for all his faults, the adventurist Trevogin merits admiration for pursuing not so much fame and wealth, rather the accumulation of knowledge.