How this Russian 'freak' conquered America 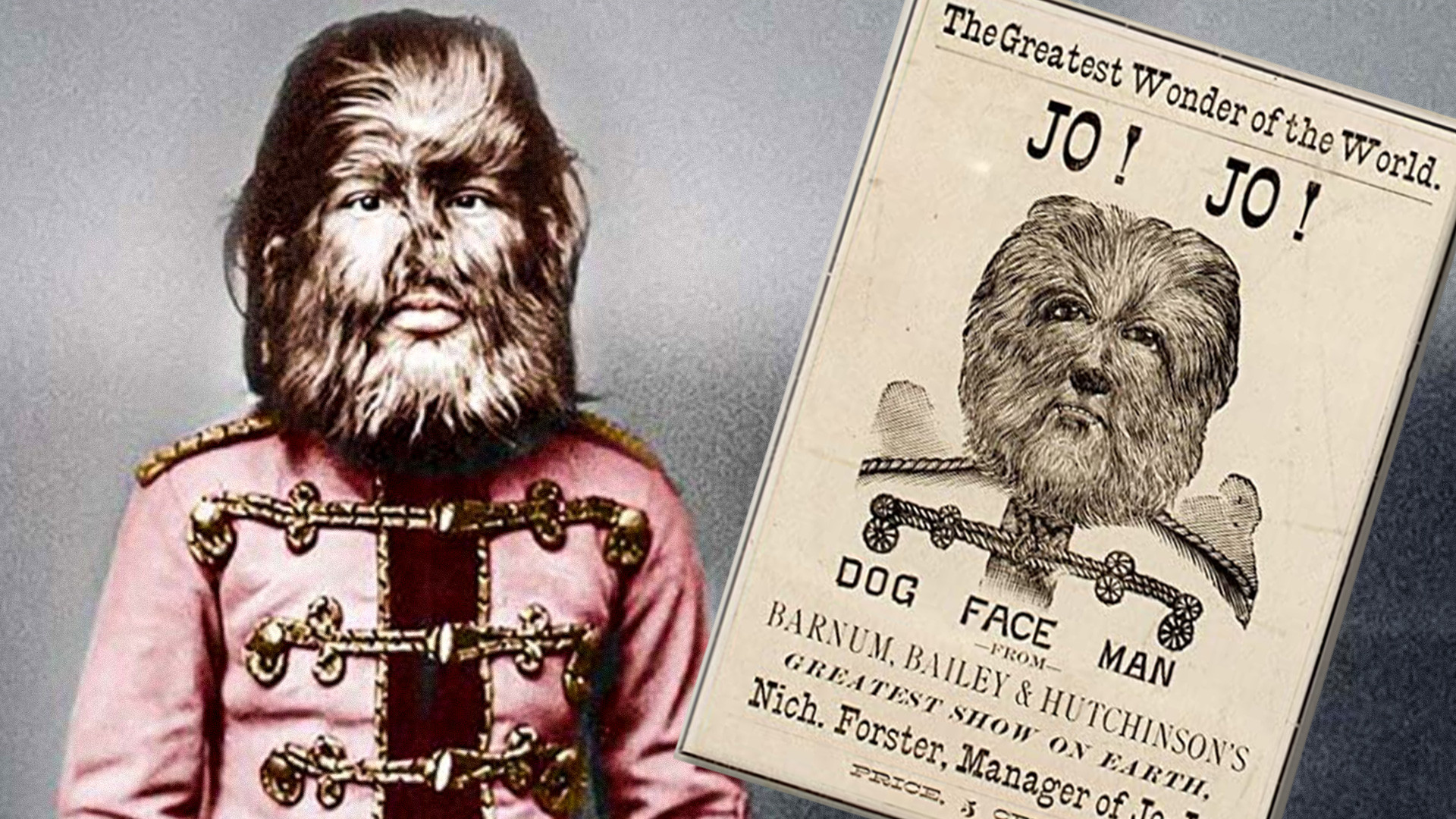 Public domain; Russia Beyond
Fedor Jeftichew had a rare disease — hypertrichosis. He earned fame in the 19th century as a circus freak, displaying his unusual condition to the public. The producer of the show even made the poor boy growl, prompting the media to dub him “Jo Jo the dog-faced boy”.

Today, the various causes of the rare genetic disease hypertrichosis (excessive hairiness) are well known, and range from hormonal disruption to malfunction of the nervous system. But, back in the 19th century, there was no explanation for it. Or rather there was: atavism, i.e. reversion to an ancestral form, whereby it was believed that “hairy” people were closer to animals. Such individuals — whose entire face, neck, shoulders and back were often covered with hair — were called “dog people”.

The Brockhaus and Efron Encyclopedic Dictionary, published in Imperial Russia in the late 19th century, cites two sufferers of this affliction by name: Adrian Jeftichew and a certain boy Fedor Petrov, who lived with him. “Both Jeftichew and Fedor have long and smooth hair covering the forehead, nose and ears,” reads the entry.

Adrian Jeftichew and Fedor Petrov were born in neighboring villages near the town of Manturovo in the Kostroma region, according to the local history museum. Adrian was married with two children, but they died young (whether they also suffered from hypertrichosis is not known). Word of Adrian’s unusual appearance spread like wildfire throughout the country, including Moscow, where anthropologists took a scientific interest in him.

“The whole of Jeftichew’s face, not excluding the eyelids and ears, was covered with fine, shaggy, silky hair of a light ash color, half a finger long or more,” zoologist Fedor Brandt described Adrian. 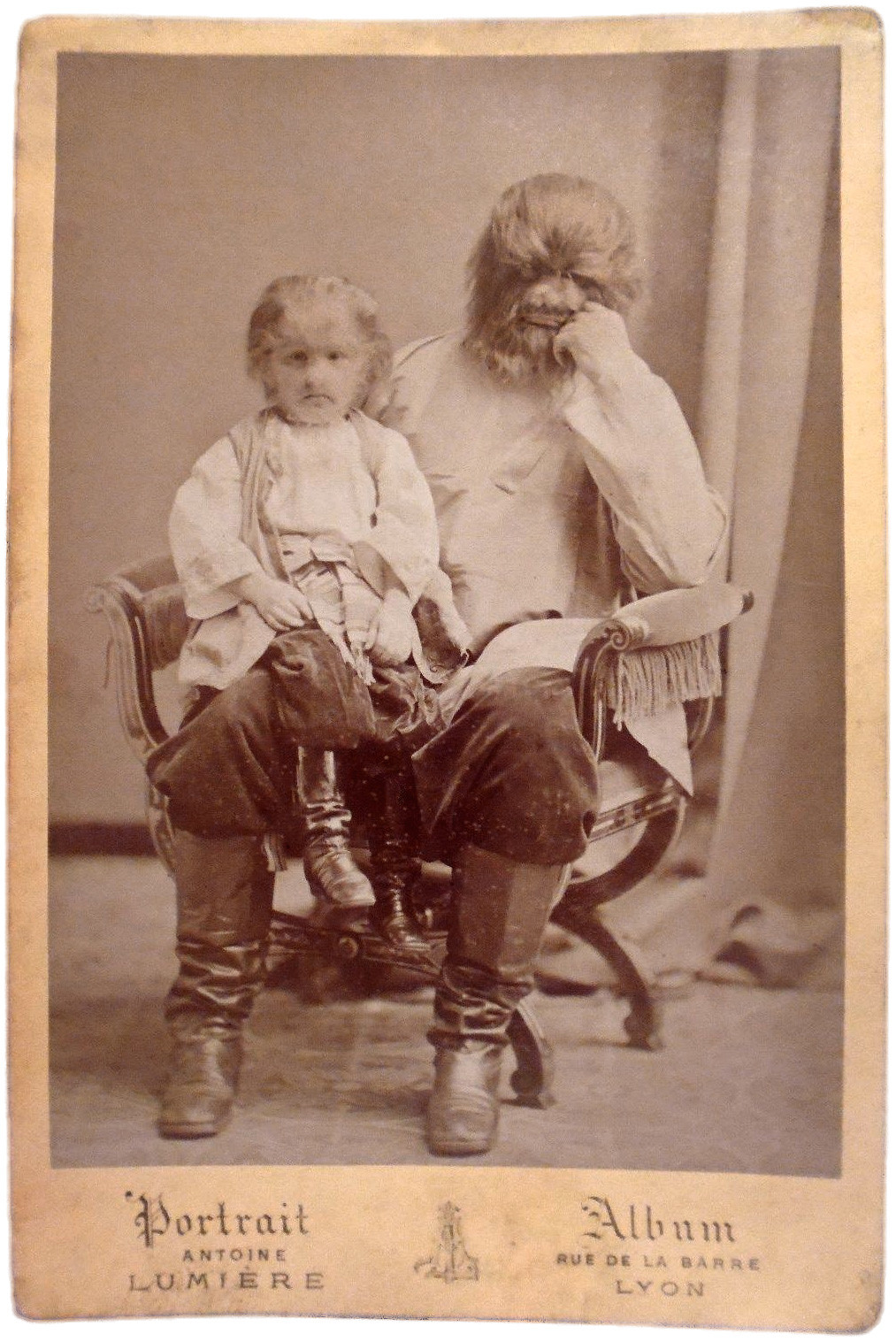 Fate brought Adrian into contact with the young Fedor, another hirsute native of Kostroma, when a certain entrepreneur invited them to perform together at local fairs. Introduced as father and son, the exotic duo was a smash hit with the public. Adrian took Fedor under his wing, gave him his last name, and became his adoptive father. What happened to Fedor’s real parents is unknown.

“The hair on his head was dark blond, light reddish on the forehead and pale yellow-gray on the lower part of his face. On his torso and limbs, with the exception of the hands, feet, neck and inner side of the arms, the hair was almost colorless, thick, up to 6 centimeters long,” is Brandt’s description of Fedor.

In 1883, Adrian and Fedor were invited to perform abroad. They quickly became the stars of European freak shows, performing in Paris, Berlin and other big venues. 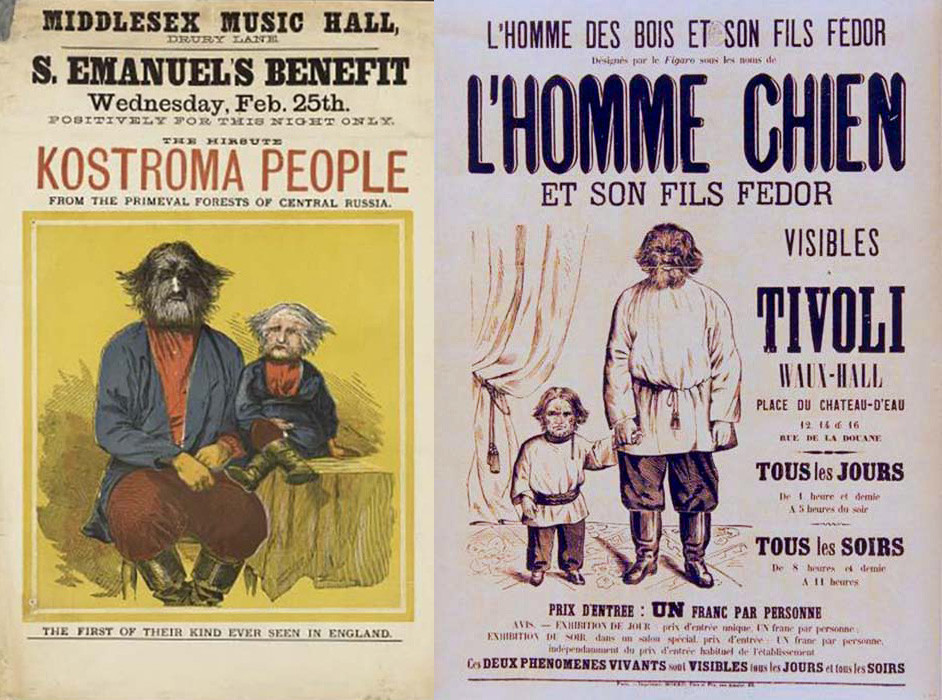 Their appearances raked in the cash for the unnamed entrepreneur. Adrian behaved like a real diva, stipulating extras in his contract, including, reportedly, sauerkraut and vodka. Clearly his demands were met, for he soon died of alcoholism.

Fedor, however, continued to perform and even surpass his European triumph — the famous U.S. businessman Phineas Barnum invited the now teenager to join his circus, which already boasted General Tom Thumb, the “Fiji mermaid” and Siamese twins.

Fedor fit in perfectly with the ensemble, which Barnum proclaimed as “The Greatest Show on Earth”. Nicknamed ‘Jo-Jo’, the fame of the “dog-faced boy” spread throughout America. A Kentucky newspaper in 1886 described him as “one of the most interesting freaks alive”. 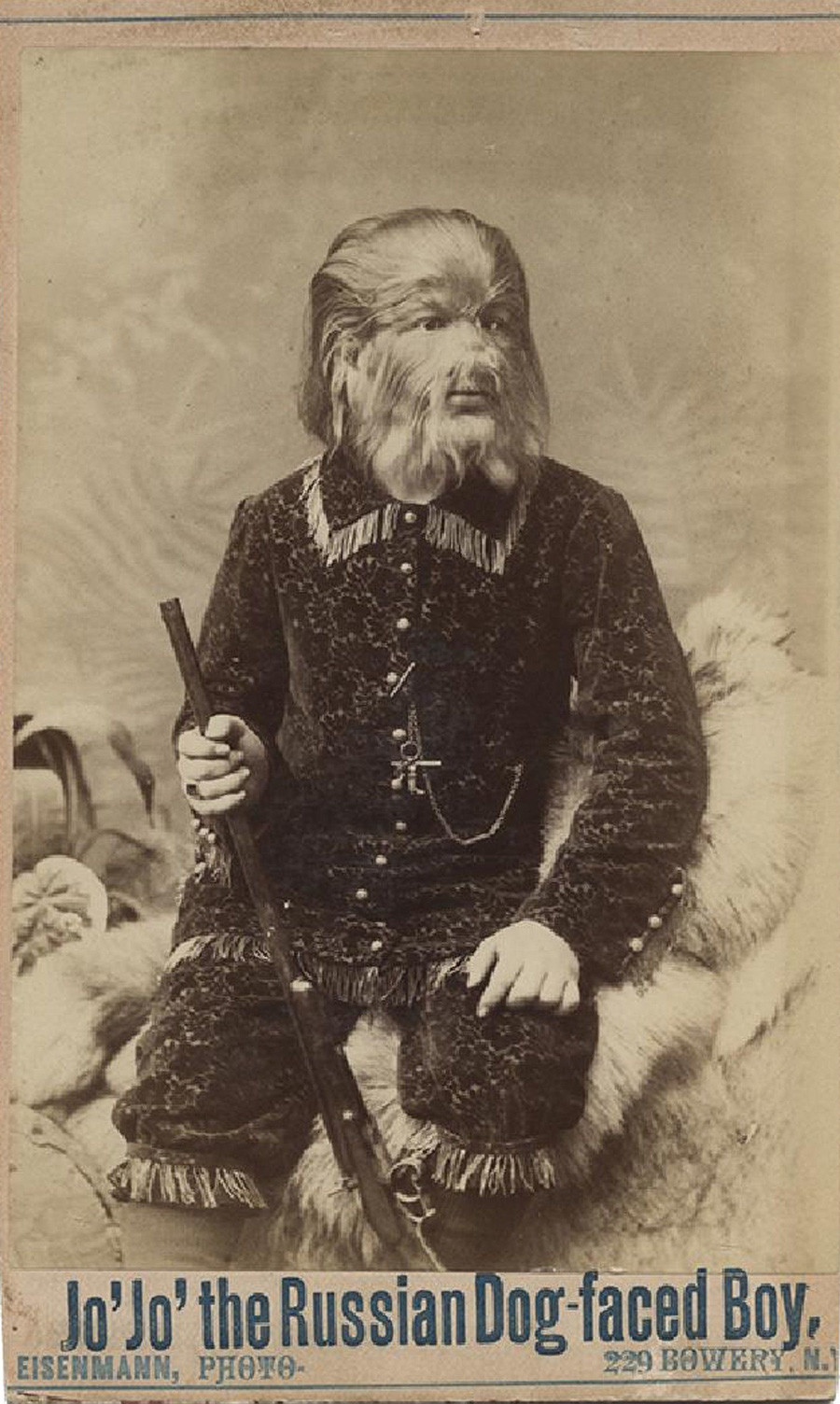 In addition, Barnum came up with a stage legend for the boy to further intrigue the already riveted audience. Fedor was allegedly found by hunters in the dense Russian forest, where he and his hairy father had lived in a hole like wild animals. According to the invented backstory, the wolf-like father had rushed at the hunters and been shot out of necessity, after which the son was taken to America and tamed by none other than Barnum himself. To complete the effect, Fedor was forced to growl, bare his teeth and even chew raw meat — to the delight of the crowds.

According to those who knew Fedor personally, in reality he was well-mannered, educated and modest. He led a quiet life, knew several languages and loved reading. As for a wife and family, that didn’t happen.

After almost 20 years of success on the road, Fedor grew increasingly morose and homesick, even sending letters through the Russian consulate to learn about the fate of his mother. But Barnum knew a star attraction when he saw one and did not let him go; Fedor had no choice but to continue performing. 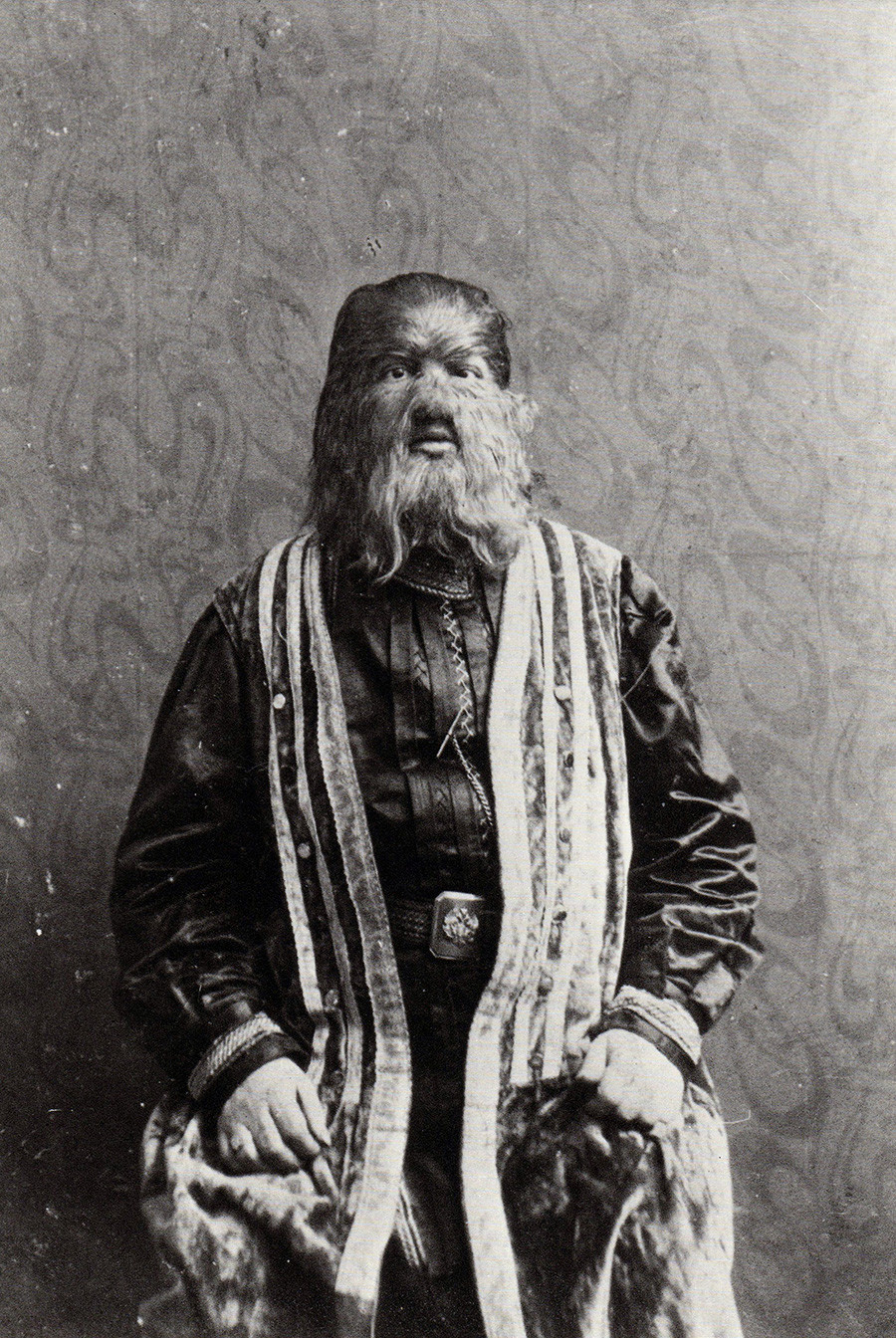 In 1903, while on tour in Greece, he fell ill with pneumonia and died.