How Germans fought for the USSR in World War II 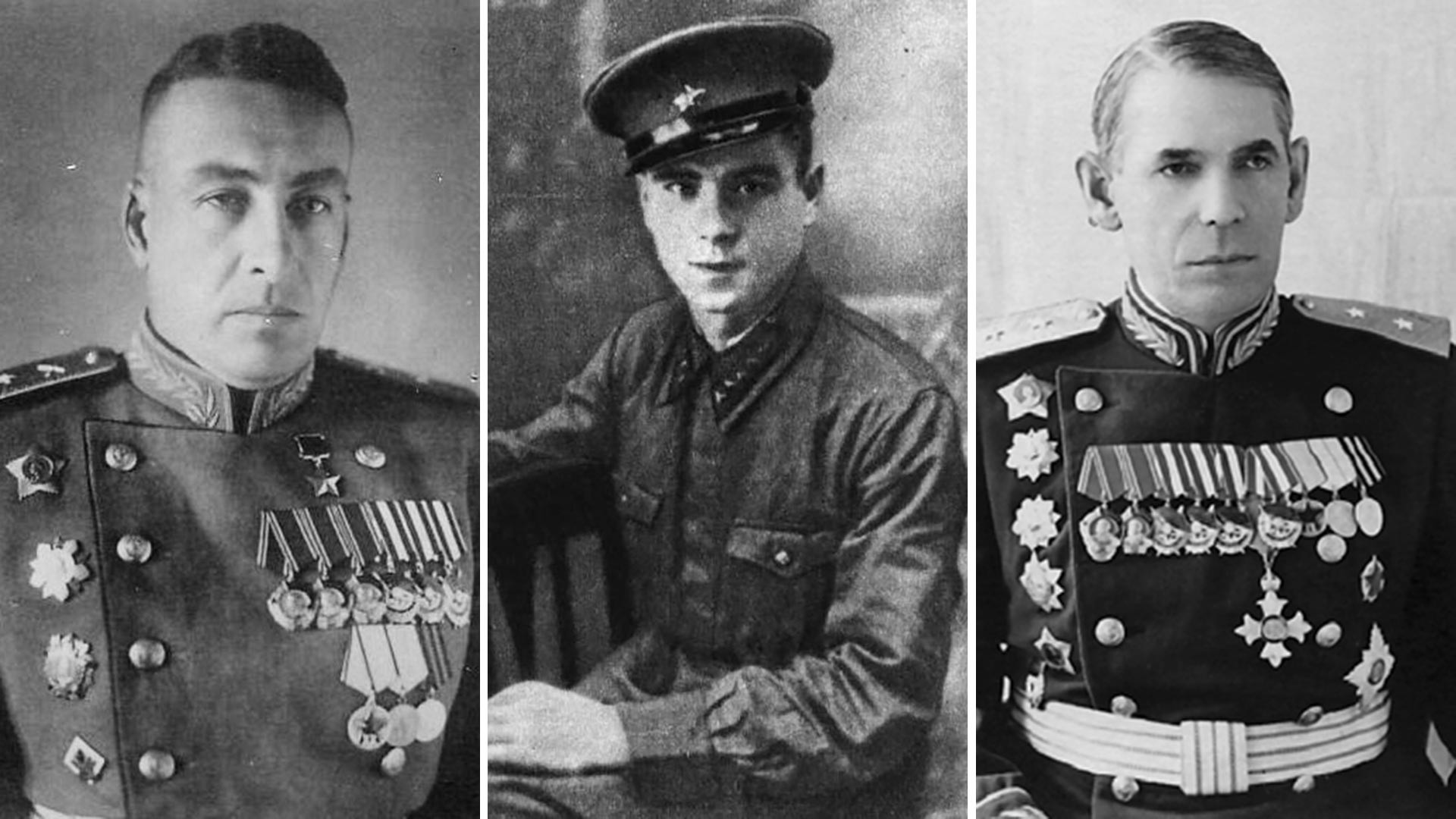 Archive photo
Despite the fact that thousands of Soviet Germans were ready to fight against the Nazis, the authorities were against giving them such an opportunity.

At the start of the war, almost one and a half million ethnic Germans lived in the USSR. By and large, they were descendants of colonists who, in the second half of the 18th century, were granted permission by Empress Catherine II to settle on the territory of the Russian Empire. The Volga region was the largest geographical area where Germans were concentrated and where, in 1923, an autonomous republic was even set up for them. 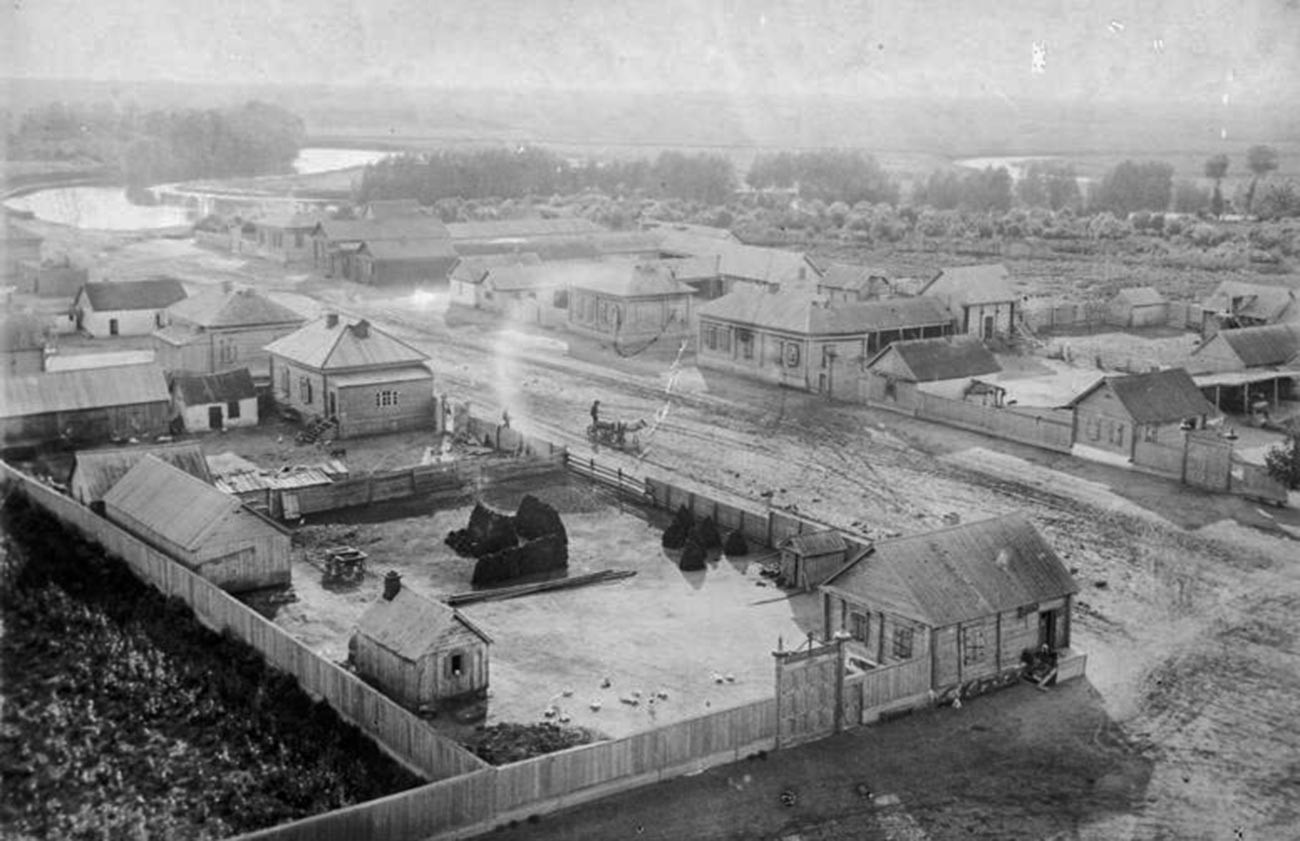 Over 33,000 ethnic Germans were serving in the Red Army at the time of the invasion of the country by the Wehrmacht. In the first months of the war, Soviet propaganda demonstratively emphasized the difference between the Nazis and “our Germans”, publishing numerous articles about the latter’s heroic actions, of which there were many.

Dozens of Soviet Germans fought just in the Brest Fortress, which sustained the first attack by the enemy on June 22, 1941: Major Alexander Dulkayt, commander of the 125th Rifle Regiment; Lieutenant-Colonel Erikh Krol of the Medical Service; as well as lieutenants and privates. Sergeant-Major Vyacheslav Meyer participated in the first successful counterattack, which marked the beginning of the organized defense of the citadel. 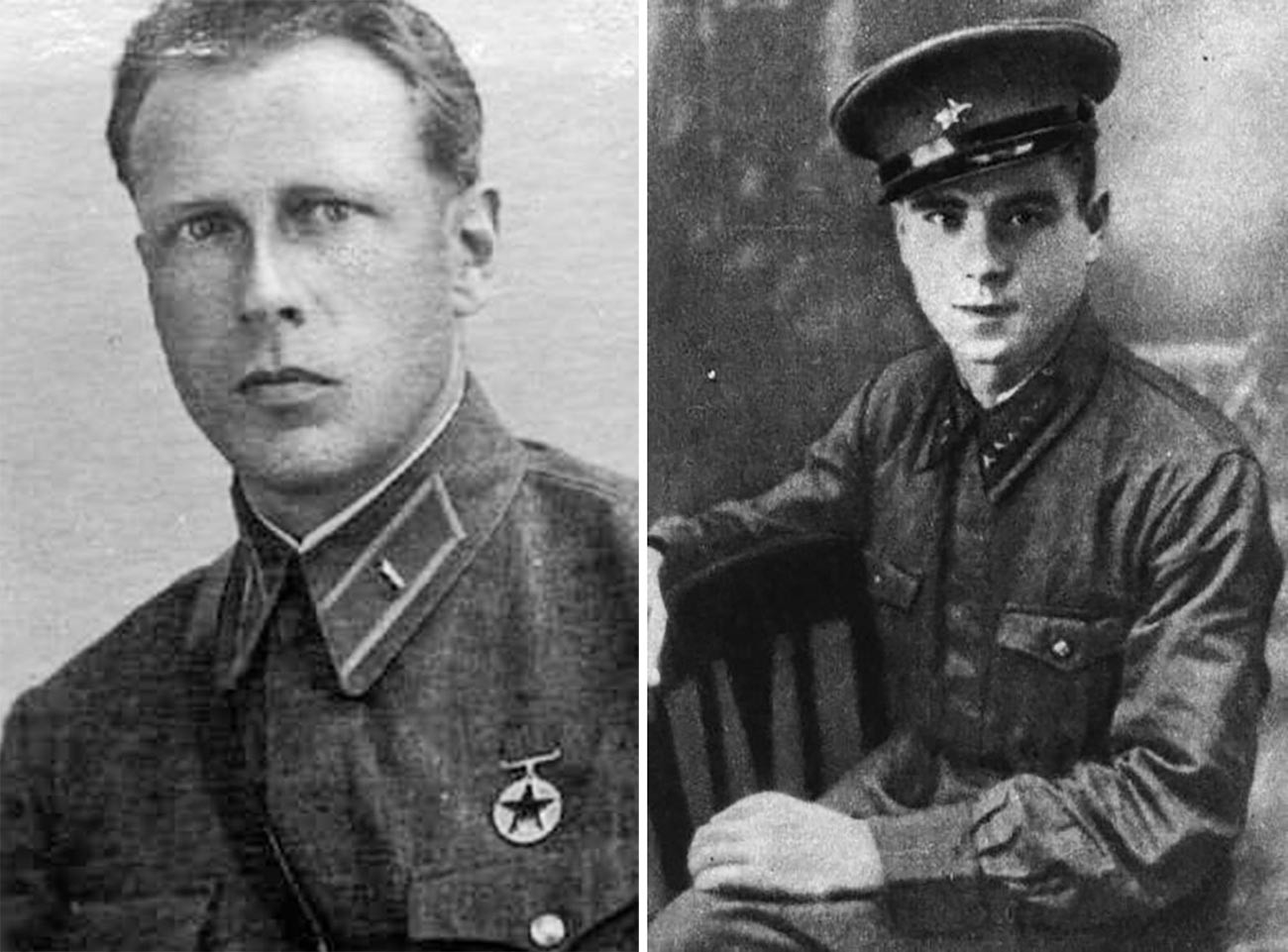 For almost a week, the 153rd Rifle Division under the command of Colonel Nikolai Gagen held back units of the German 39th Motorized Corps on the outskirts of Vitebsk. For another 18 days, the division continued to fight after being completely encircled, until, having almost completely run out of ammunition and fuel, it managed to break through to its own side. For this feat, it was one of the first to be awarded the designation of ‘Guards’ division, while the colonel himself was awarded the Order of Lenin.

Anti-aircraft gunner Genrikh Neyman shot down four enemy bombers and an article about him was published in the Komsomolskaya Pravda newspaper on August 28, 1941. By a cruel irony, the decree of the Presidium of the USSR Supreme Soviet ‘On the resettlement of Germans residing in the Volga region’ was issued on the very same day. It changed the destiny of the German ethnic minority in a fundamental and tragic way. 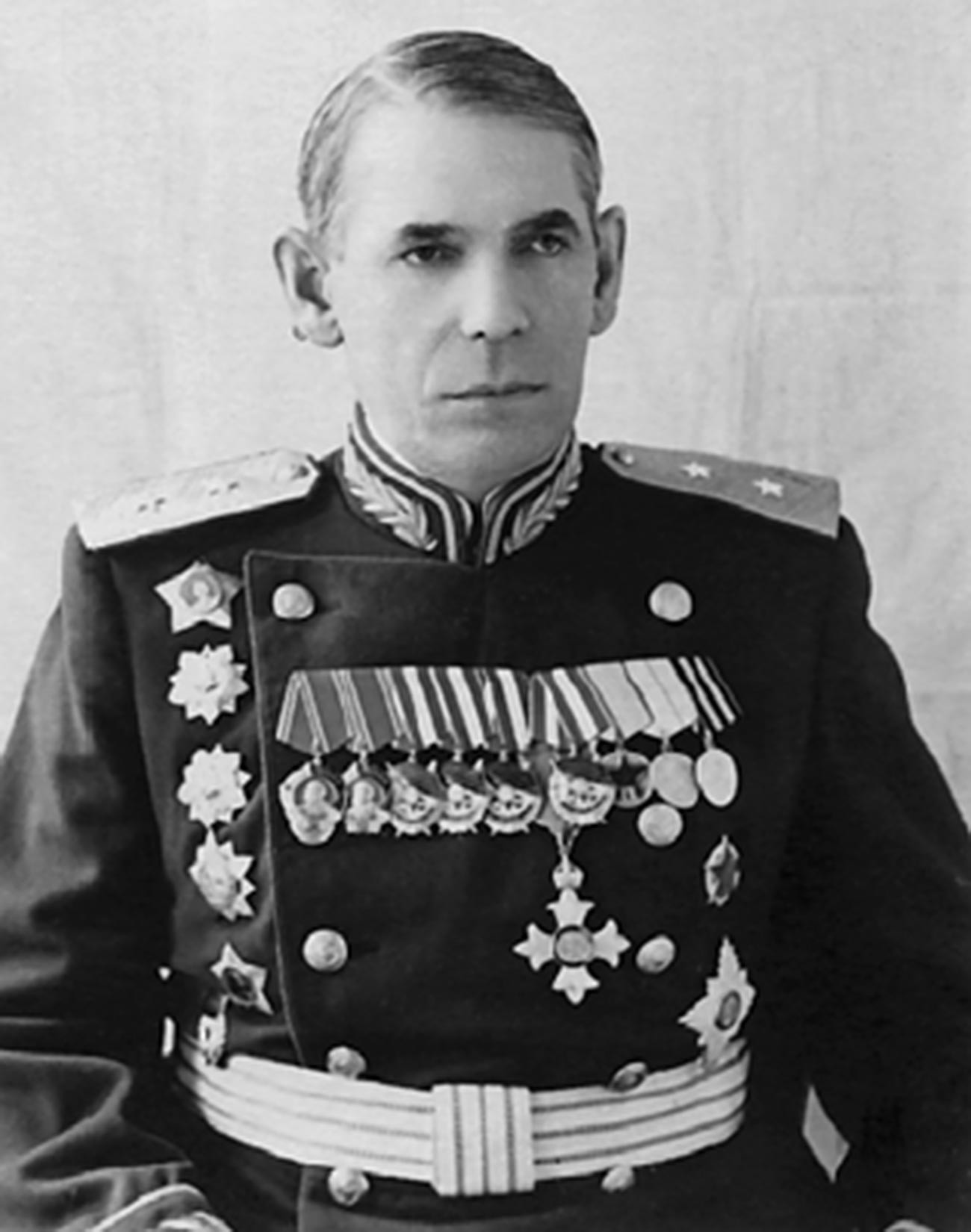 The attitude of the authorities to the Soviet Germans gradually changed as the German army advanced deeper into the territory of the Soviet Union. Reports began to appear that in German villages in Ukraine, enemy troops were being greeted with bread and salt as a sign of welcome. “The military operations on the [River] Dniester showed that the German population fired from windows and allotments at our retreating troops,” said a report to Stalin from the command of the Southern Front dated August 3, 1941.

Despite the fact that thousands of German volunteers besieged recruiting offices in the hope of being sent to the frontline, and in spite of the widespread heroism of those already fighting the enemy, the Soviet Germans began to be seen as a fifth column - as real or potential Nazi collaborators. As a result, Stalin wrote to the People’s Commissar (Minister) for Internal Affairs Lavrentiy Beria with the instruction that ethnic Germans “must be deported with a bang”. 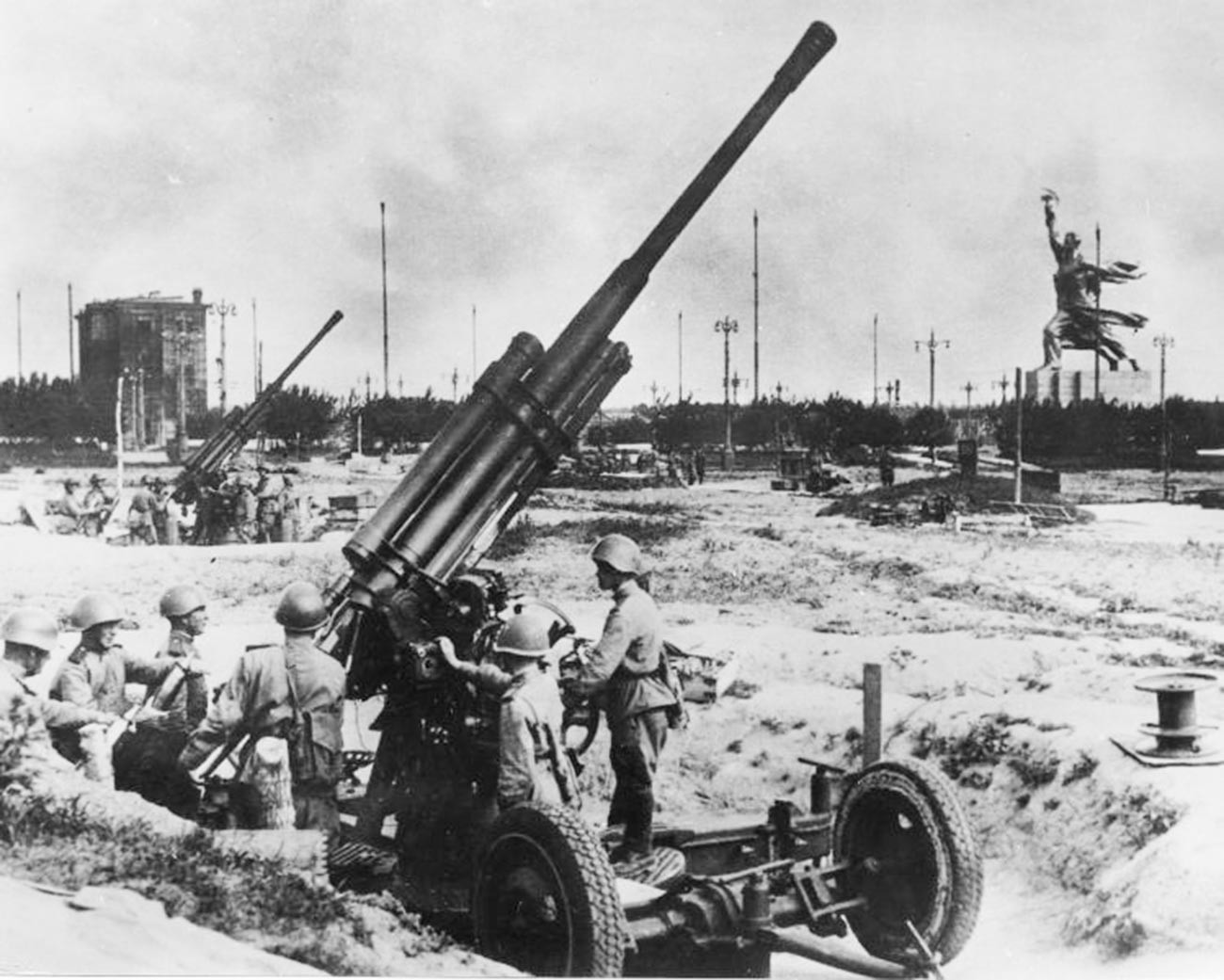 Under the decree ‘On the resettlement of Germans’, the Volga German Autonomous Socialist Soviet Republic was abolished. In the shortest possible time, hundreds of thousands of people were resettled in Siberia, the Altai region and Kazakhstan. In the following months, deportations were also carried out from other western territories of the USSR not occupied by the enemy. In  their new locations, many of the resettlers were mobilized into so-called ‘labor armies’, engaged in the extraction of mineral resources, timber procurement and construction.

At the same time, ethnic Germans started to be actively removed from the frontline, too. On September 8, 1941, Directive No. 35105 of the People’s Commissariat (Ministry) of Defense was issued, prescribing that “all rank-and-file servicemen and officer ranks of German nationality are to be removed from Red Army units and military academies, educational establishments and institutions, both at the frontline and in the rear, and transferred to internal districts for deployment to construction units”. 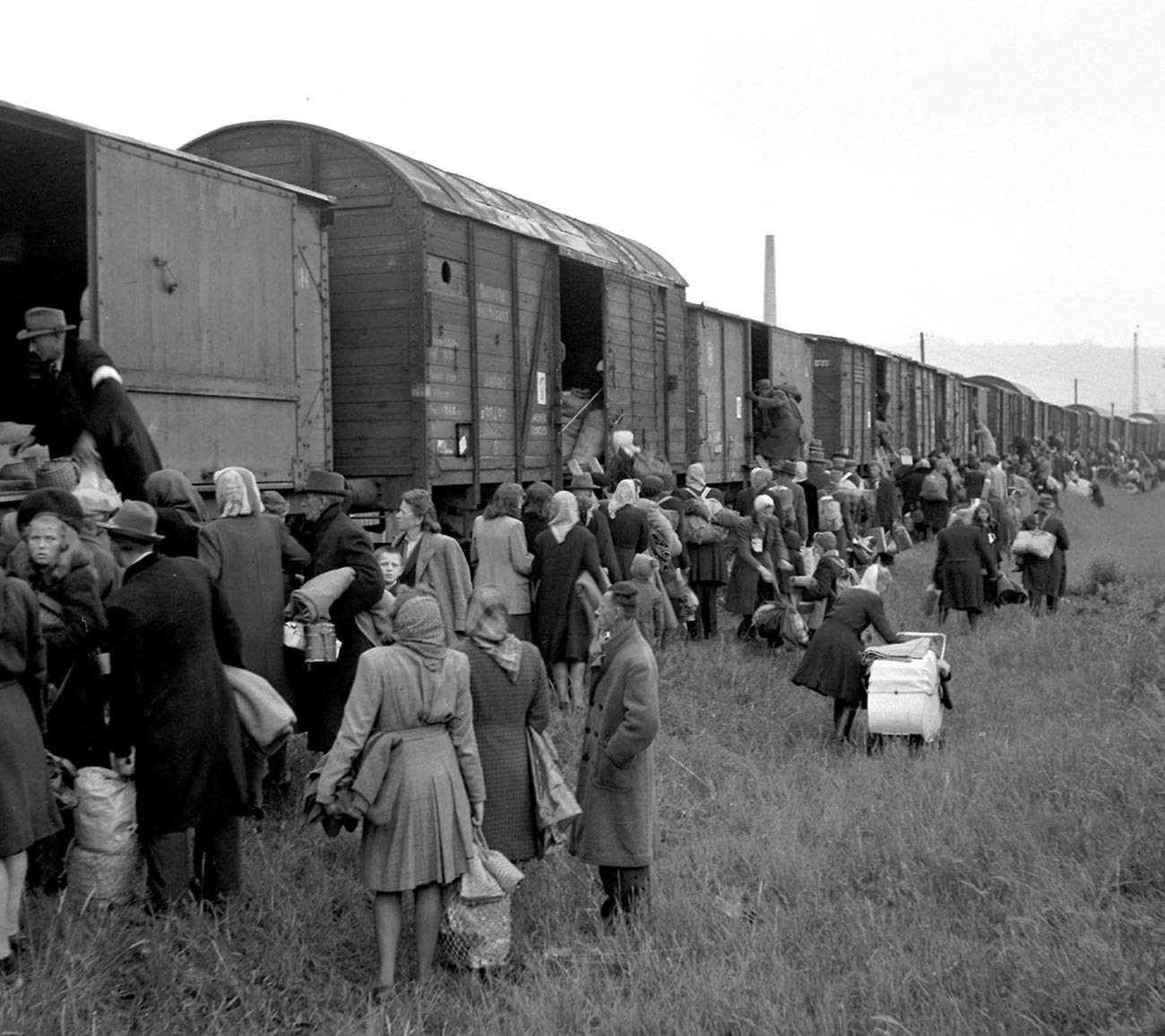 For many Germans, the decision came as a bolt from the blue. In the July fighting, squadron commander Pyotr Getts in his I-16 fighter plane had managed single-handedly to chase away a squadron of enemy bombers over the city of Orsha in eastern Belarus and was put forward for the Red Star decoration. But under the new instructions, the pilot was recalled from the front in spite of all his pleas and sent for tree-felling work in the Urals, which is where the award had to be presented to him.

Not all the Soviet Germans were reconciled to the prospect of ending up working in the rear. Some managed to stay in the armed forces under the terms of Directive No. 35105 itself. It allowed commanders and commissars to apply to the People’s Commissariat of Defense for permission to retain their ethnically German subordinates in their units, if it was deemed essential. 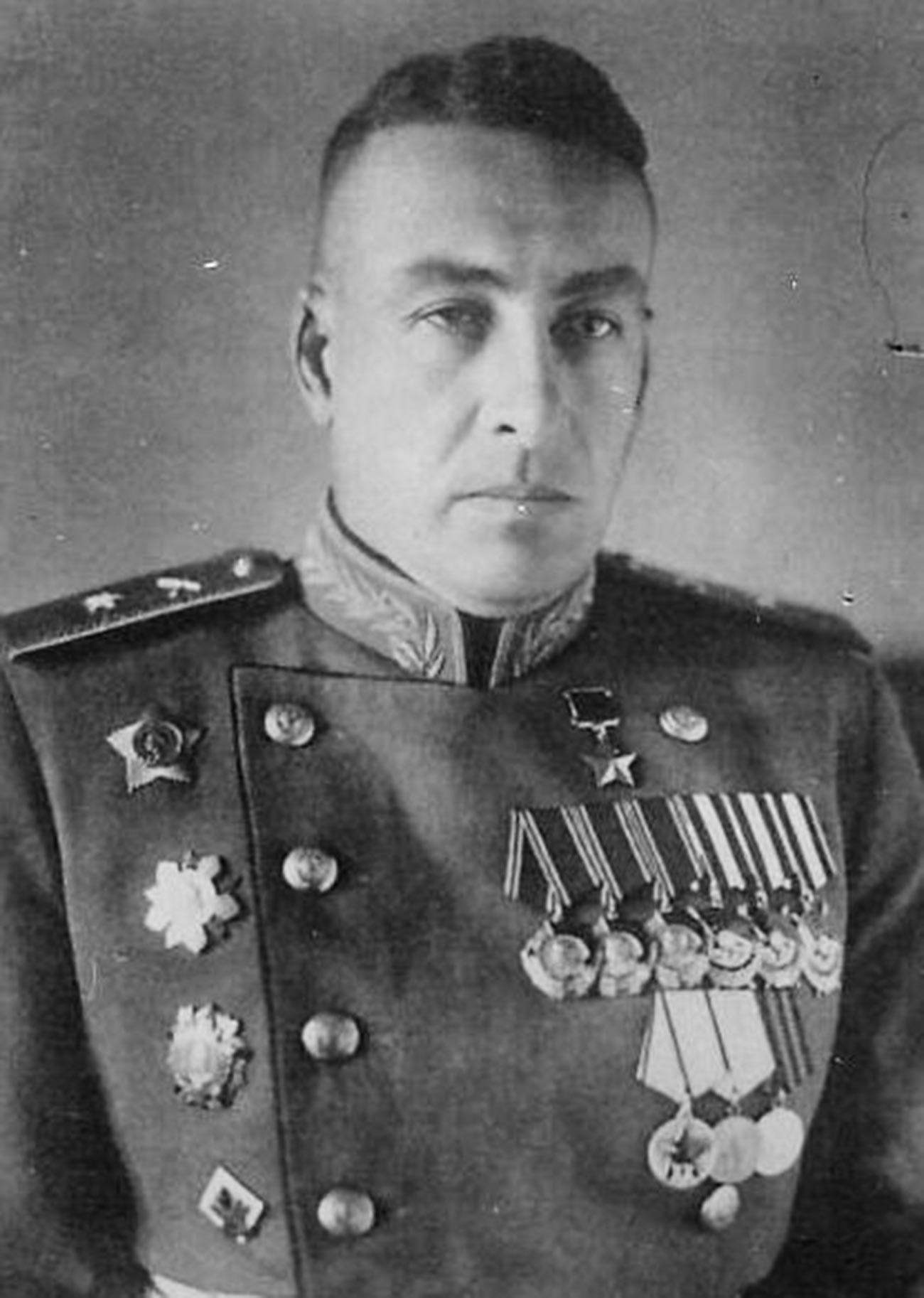 Sometimes, a bit of stubbornness would help things along. Colonel Sergei Volkenstein persistently asked to be able to return to the front - until his request was finally granted in 1942. Subsequently, the commander completed his combat path in Czechoslovakia in the rank of major-general of artillery and was awarded the Hero of the Soviet Union title for his exemplary command of an artillery division.

In 1941, Paul Shmidt escaped to the front from a railway construction site where he was working and adopted the name of an Azerbaijani friend - Ali Akhmedov. He spent the whole war as a mortar gunner and ended the war in the rank of sergeant in Berlin. It was only at that point that he revealed his personal details, but no sanctions were applied against him thanks to the personal intervention of Marshal Zhukov. 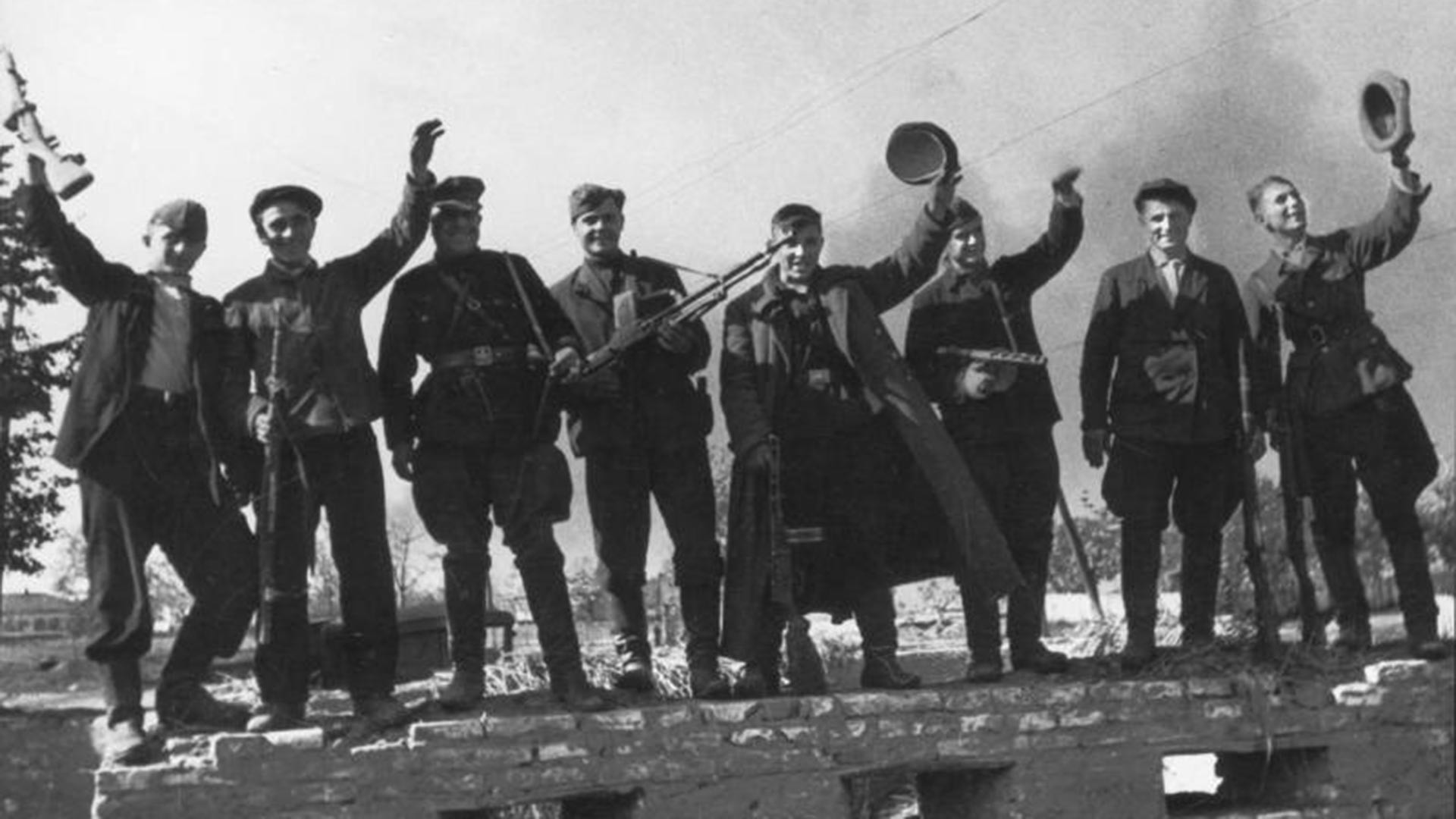 Quite a number of Soviet Germans ended up in partisan detachments and resistance groups. Their knowledge of the German language made them invaluable and they were frequently used in sabotage and reconnaissance operations. One of the most effective partisan commanders of the entire war was Hero of the Soviet Union Alexander German, who was killed in 1943. His brigade succeeded in wiping out 17 German garrisons and 70 rural district administrations, blowing up 31 rail bridges and killing up to 10,000 enemy soldiers.

The ones who switched to the other side

The number of Wehrmacht soldiers who came over to the Soviet side during the war did not exceed several hundred. The USSR did not trust them very much, suspecting them of espionage, and broadly speaking kept them away from the front and confined to the rear. 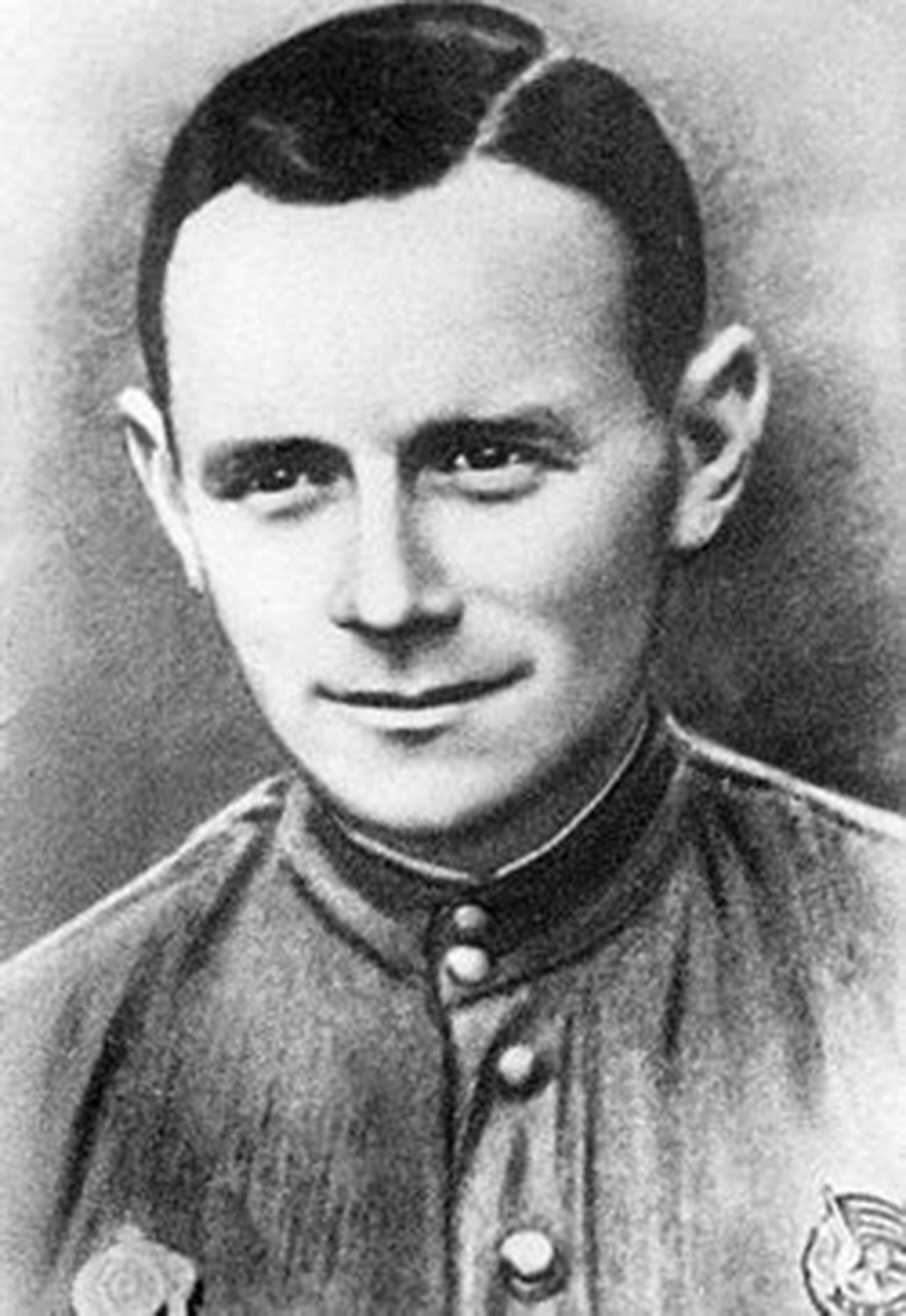 The most well known of the citizens of the Third Reich to decide to fight on the side of the USSR was Corporal Fritz Paul Schmenkel. A Communist by political persuasion, he deserted his unit and joined the Soviet partisans, with whom he fought successfully for several years. In 1944, Schmenkel was captured and executed by the Germans, and another 20 years later he was posthumously awarded the title of Hero of the Soviet Union.

Many Nazis were convinced that the Red Army had units made up of German prisoners of war deployed by the Russians to fight the Germans. In Germany they were known as the ‘Seydlitz troops’ after the German general, Walther von Seydlitz-Kurzbach, who had been taken prisoner at Stalingrad and decided to collaborate with the Soviet authorities. 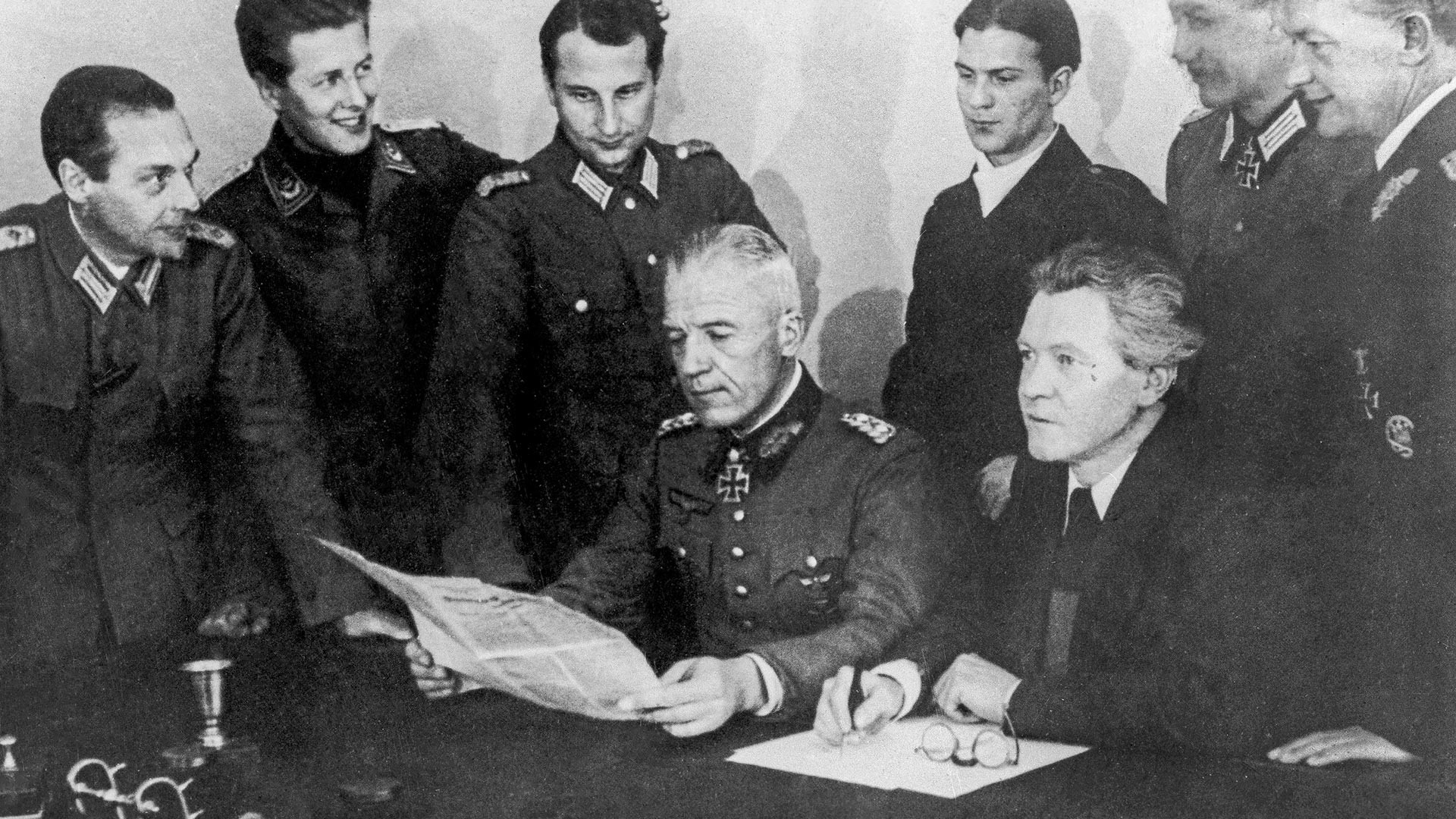 Walther von Seydlitz-Kurzbach (С) and members of the National Committee for a Free Germany.

“On our sector of the front, alongside the Russians there are also some Seydlitz troops, dressed in German uniforms with decorations and red arm bands on their sleeves. It’s hard to credit - Germans versus Germans!” recalled a German soldier named Helmut Altner.The truth was, however, that Stalin had no faith in the reliability of such units and the idea never got off the ground.