Why the Bolsheviks executed the ‘father’ of Soviet cavalry 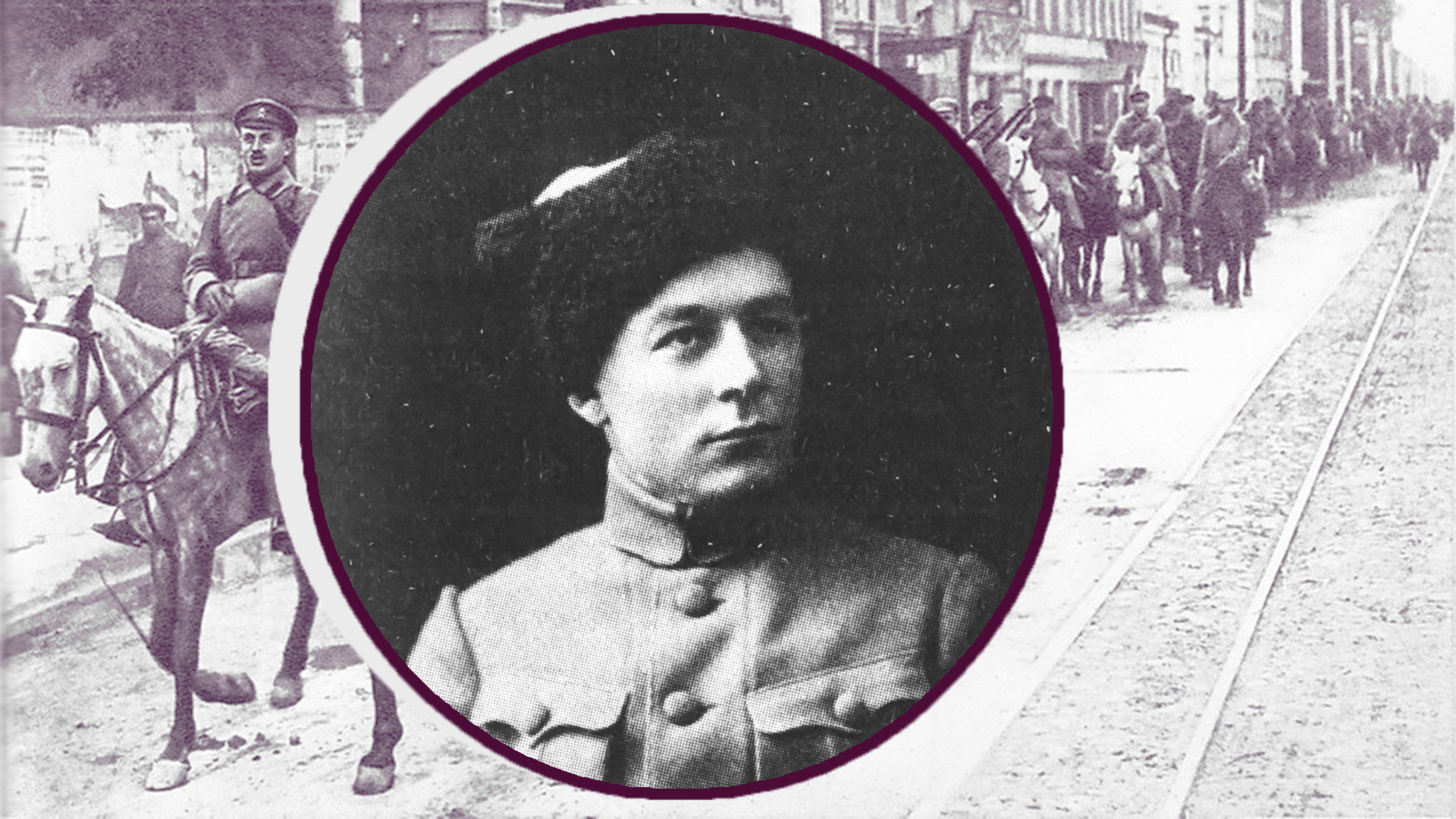 Archive photo; Russia Beyond
Boris Dumenko was all-powerful on the battlefield, but completely helpless in behind-the-scenes intrigues. And that is what brought about his downfall.

This legendary commander was described as the “first saber of the [Soviet] Republic”. Boris Mokeyevich Dumenko was one of the first organizers of the Soviet cavalry. It seemed that he had a long and successful career ahead of him. But, in 1920, Dumenko was suddenly arrested and executed. What happened?

Boris Dumenko joined the Bolsheviks virtually as soon as the latter came to power. A former sergeant-major in a horse-drawn artillery regiment of the tsarist army, at the beginning of 1918, he organized a guerrilla cavalry detachment in the Don region and joined the struggle against counter-revolutionary White Army forces in southern Russia. It was here, in the lands of the rebellious Don Cossacks, that some of the most important battles of the Civil War were fought. 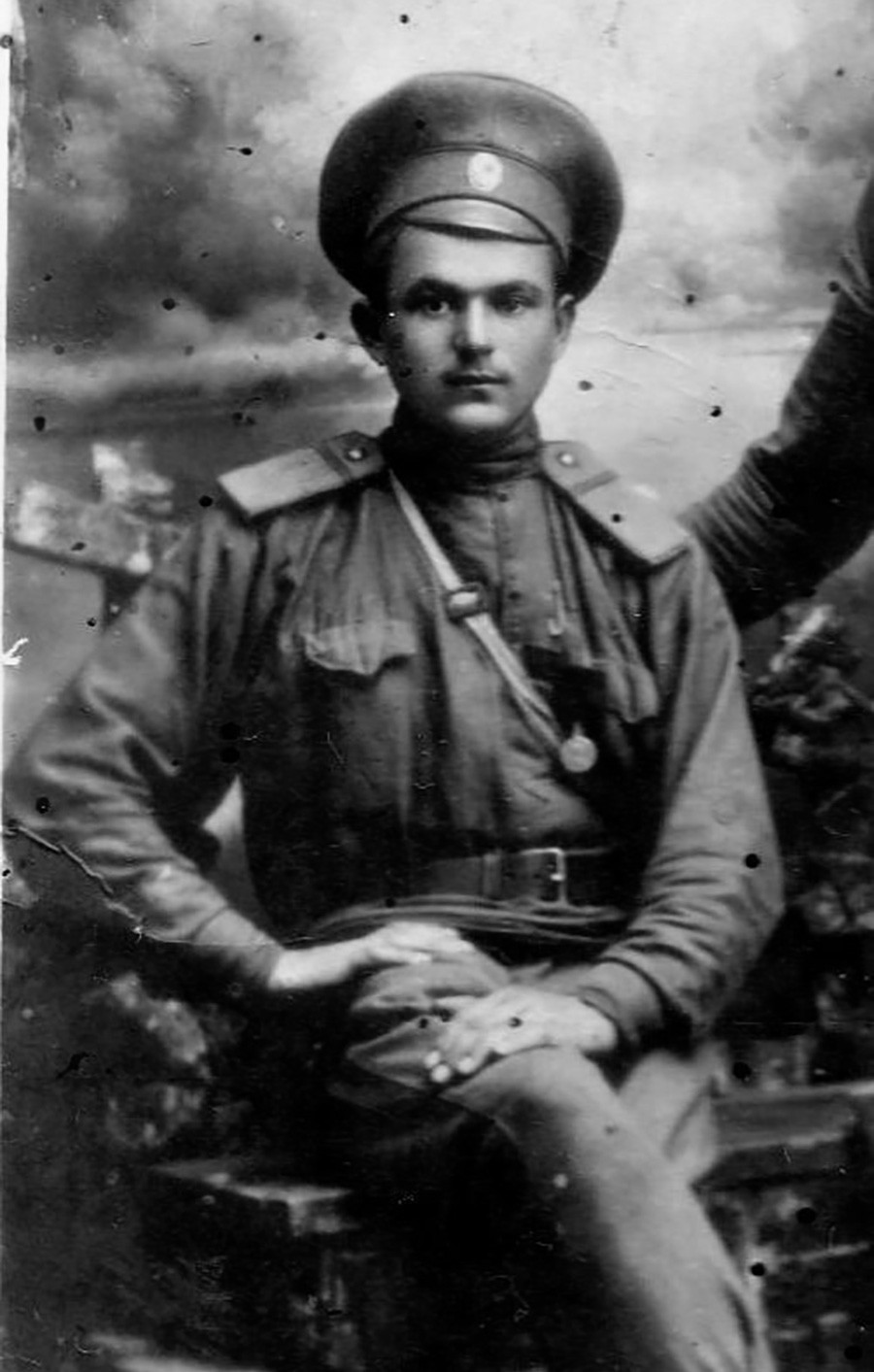 Dumenko not only organized one of the first cavalry detachments in the Red Army. He also played a major role in ensuring that large cavalry formations were created from such small detachments, thus leading to the establishment of the powerful Red Army cavalry.

A dashing and brave commander, Boris Mokeyevich commanded, in turn, a cavalry regiment, brigade, division and corps. “He made decisions quickly. And he didn’t direct a battle from the sidelines,” recalled his comrade-in-arms Alexei Tereshchenko. “He would give instructions as to who should strike where and where they should go and then plunge into the thick of battle himself.”

Dumenko was awarded the Order of the Red Banner and received commendations for his victories, not only from his immediate commanders, but even from Lenin himself. “Pass my regards to the hero of the 10th Army, Comrade Dumenko, and his brave cavalry, who covered themselves with glory in the liberation of Velikoknyazheskaya from the shackles of counter-revolution,” said a telegram from the head of state dated April 4, 1919.

While Boris Dumenko was in his element on the battlefield, he displayed little expertise when it came to internal intrigues. Blunt and lacking in flexibility, the renowned cavalryman made enemies easily. He even openly dismissed Leon Trotsky - the chairman of the Revolutionary Military Council of the Soviet Republic who had organized and was in charge of all the armed forces - as an amateur who understood little in military matters. 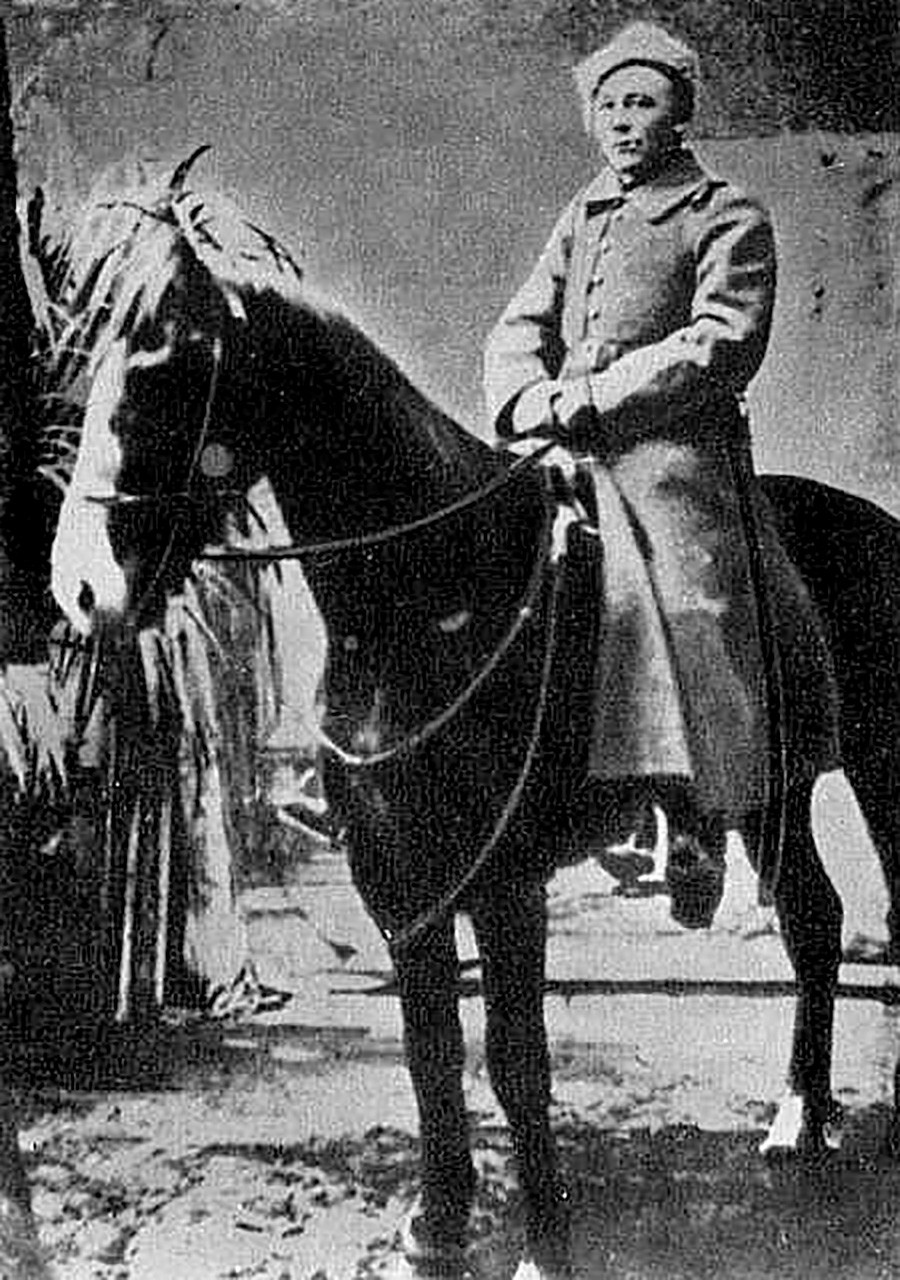 The commander developed particularly strained relations with political workers - the commissars who, in the units, not only dealt with the ideological education of personnel, but also had the authority to interfere in the planning of military operations. Dumenko used strong language to openly criticize them for interfering with the fighting and issuing ridiculous orders, while at the same time sitting around in the HQ away from the front line.

Dumenko caught the commissar of the 2nd Mountain Brigade, Peskaryov, looting alcohol from railroad tank cars alongside the men and, on severely telling him off, threatened to have him court-martialled. He angered the chief of the political department, Ananyin, by refusing to appoint him commissar of the corps. Boris Mokeyevich also crossed swords with the chief of the special department, Kartashov, by opposing the latter’s endeavours to find “enemies of the people” in his unit.

Dumenko also made opponents among military commanders, including the future marshals of the Soviet Union Kliment Voroshilov and Semyon Budyonny. With Budyonny, who at one time served as his deputy, Boris Mokeyevich had a long-standing rivalry and the two were particularly irreconcilable enemies. Both had followed a similar path: They had been present at the creation of the Red Army cavalry and progressed from being commanders of small detachments to leading large formations. The two cavalrymen not only publicly squabbled, but sometimes didn’t even come to each other’s aid on the battlefield. 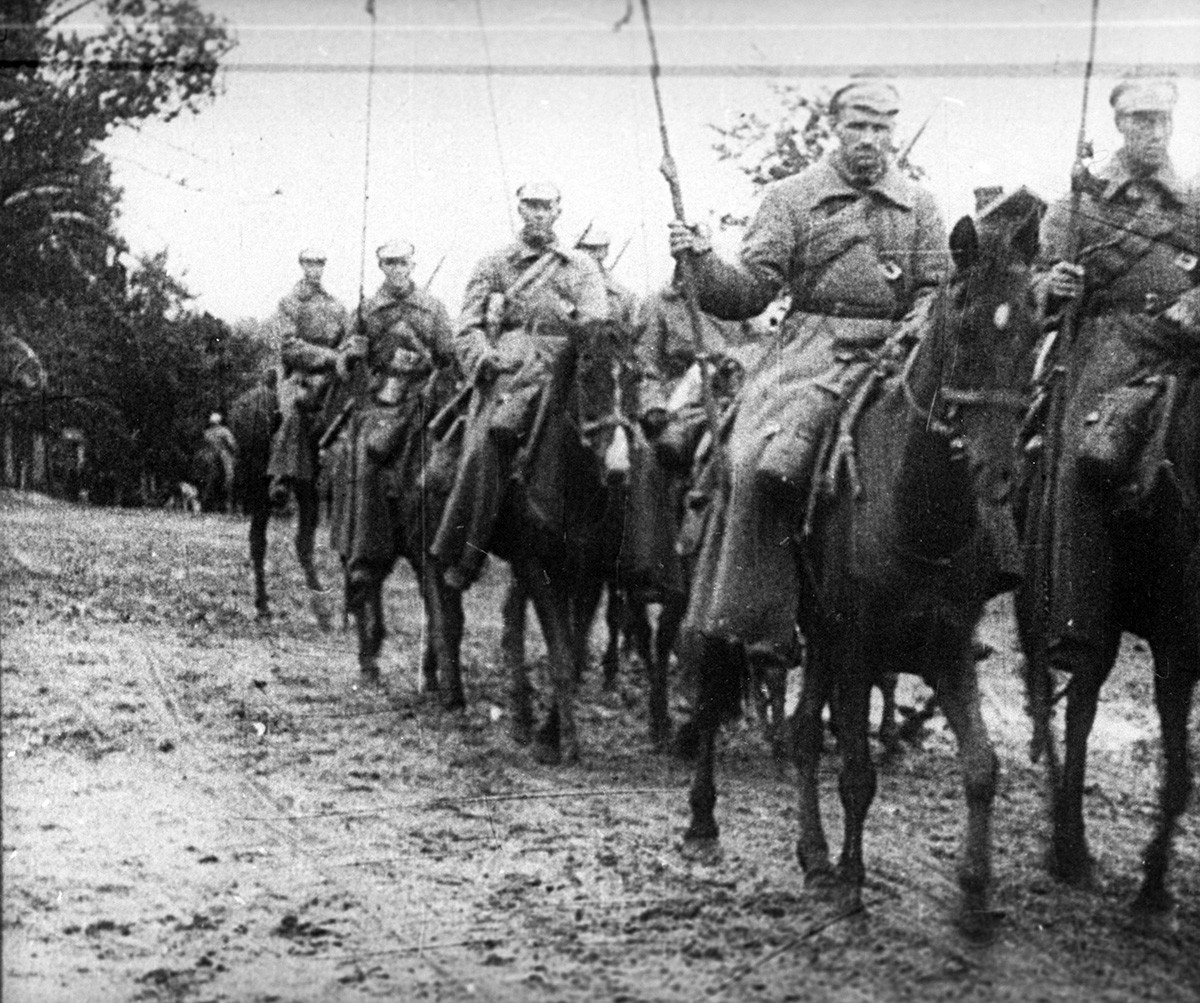 There is an unconfirmed story that, when they were still serving together, Dumenko ordered Budyonny to be publicly flogged for his men’s rape of a local village woman. Semyon Mikhaylovich never forgave him…

Numerous complaints and denunciations were sent to Moscow alleging that Dumenko was actually an anti-Sovieteer and that he was clandestinely murdering Communists in his unit and preparing to go over to the enemy. After Commissar Mikeladze, who had been transferred to the corps, was killed by an unknown assailant (and, by the way, Boris Mokeyevich had not been on bad terms with him), the commander and his staff were arrested on February 23, 1920.

Dumenko was charged with pursuing an anti-Soviet and anti-Semitic policy and hindering the work of commissars and of the Military Revolutionary Tribunal. Peskaryov himself testified that Dumenko had, in his presence, torn his Order of the Red Banner from his chest and exclaimed: “I don’t need this thing from that Yid Trotsky.” 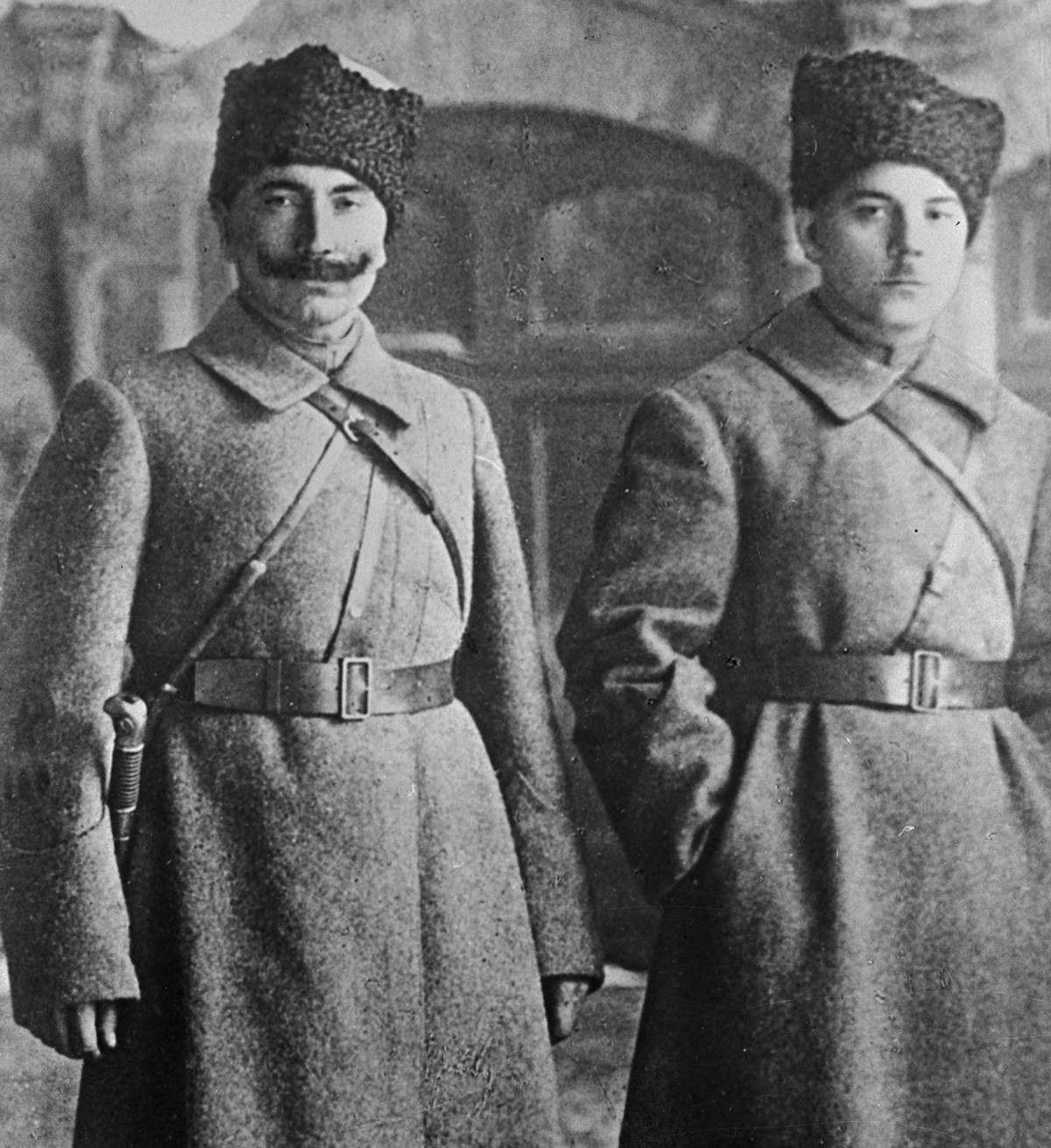 Semyon Budyonny and Kliment Voroshilov in 1918.

In addition, it was alleged that the accused “were not only failing to implement the directives on the regular army that had been promulgated by the Soviet central authorities, but, through their actions, they were developing a partisan spirit in units of the cavalry corps, applying insufficient energy to combat looting, unlawful requisitions and brutality against the civilian population, they behaved drunkenly themselves and encouraged drunkenness among their subordinate Red Army officers and men”.

Boris Dumenko regarded the entire legal proceedings as some sort of misunderstanding. While in custody, he drafted a telegram to Lenin: “I was the first to raise the Red Banner of struggle for the ideas of the toiling people in the Don and Kuban regions. I set up more than one volunteer unit… Having committed no crime, it is bitter and disheartening for us as honest revolutionary fighters to have to languish in this damp, cold prison. In the name of what is just, I ask you to respond.” It was never sent to Moscow.

Despite the fact that Dumenko’s guilt and that of his comrades-in-arms was never proven, they were all sentenced to death and shot on May 11, 1920, on the outskirts of Rostov-on-Don. 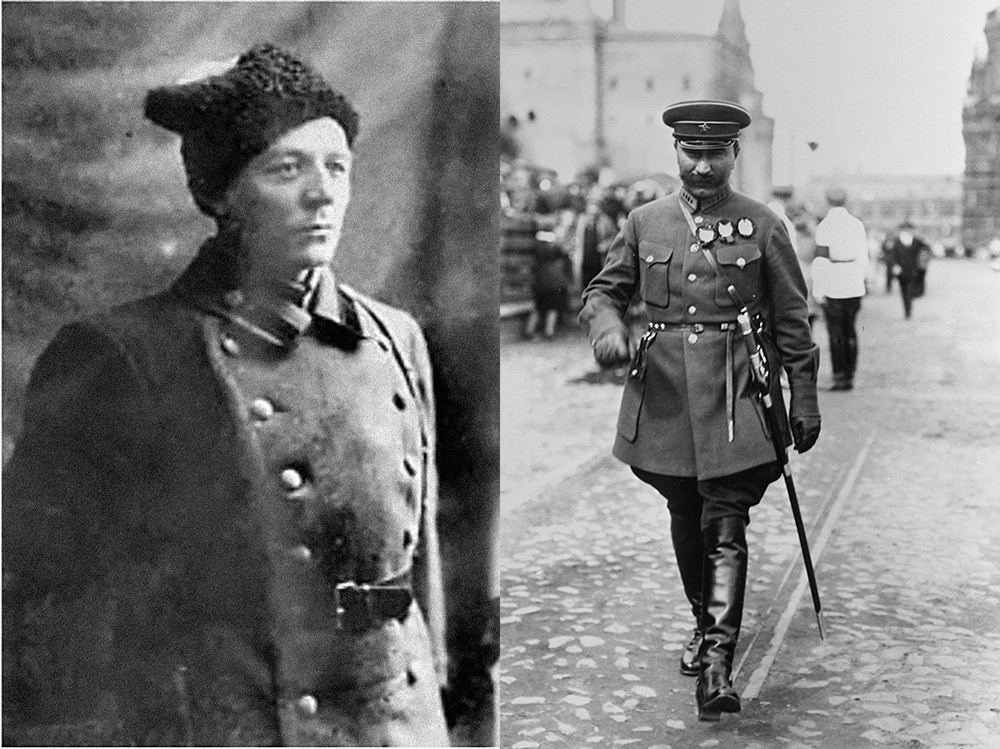 After his execution, the name of Boris Mokeyevich started to be expunged from the chronicles of the Civil War. Many of his victories and services to the establishment of the Soviet cavalry were ascribed to Semyon Budyonny, something that the latter tacitly connived in.

Military commander Ilya Dubinsky recalled how at a banquet in 1928 the conversation had turned to the legendary cavalryman: “At the passing out at the [Frunze Military] Academy , some demon prompted me to raise a glass to the ‘hero of the Soviet cavalry, Dumenko’. Stalin frowned - after all, Dumenko had been shot in 1920 not without his knowledge. Everyone hissed at me - Budyonny, Timoshenko. And Stalin said: ‘Yes, we were too hasty then…’”

The Dumenko case was reviewed in 1964 and he was posthumously rehabilitated. One of the few to express categorical opposition to the move was Marshal Semyon Budyonny.