3 GIANT basketball players from the USSR 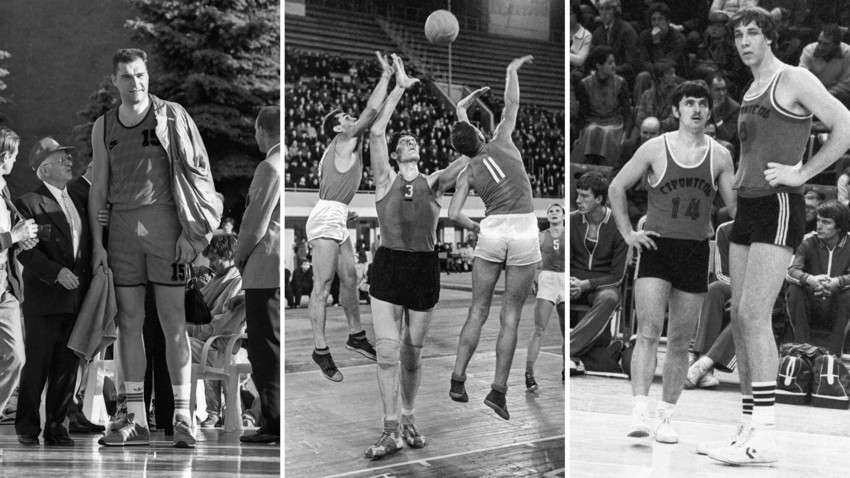 Vladimir Rodionov/Sputnik; Sergei Preobrazhenski/TASS; Igor Utkin/Sputnik
These athletes turned what could have been a serious inconvenience into their strength. 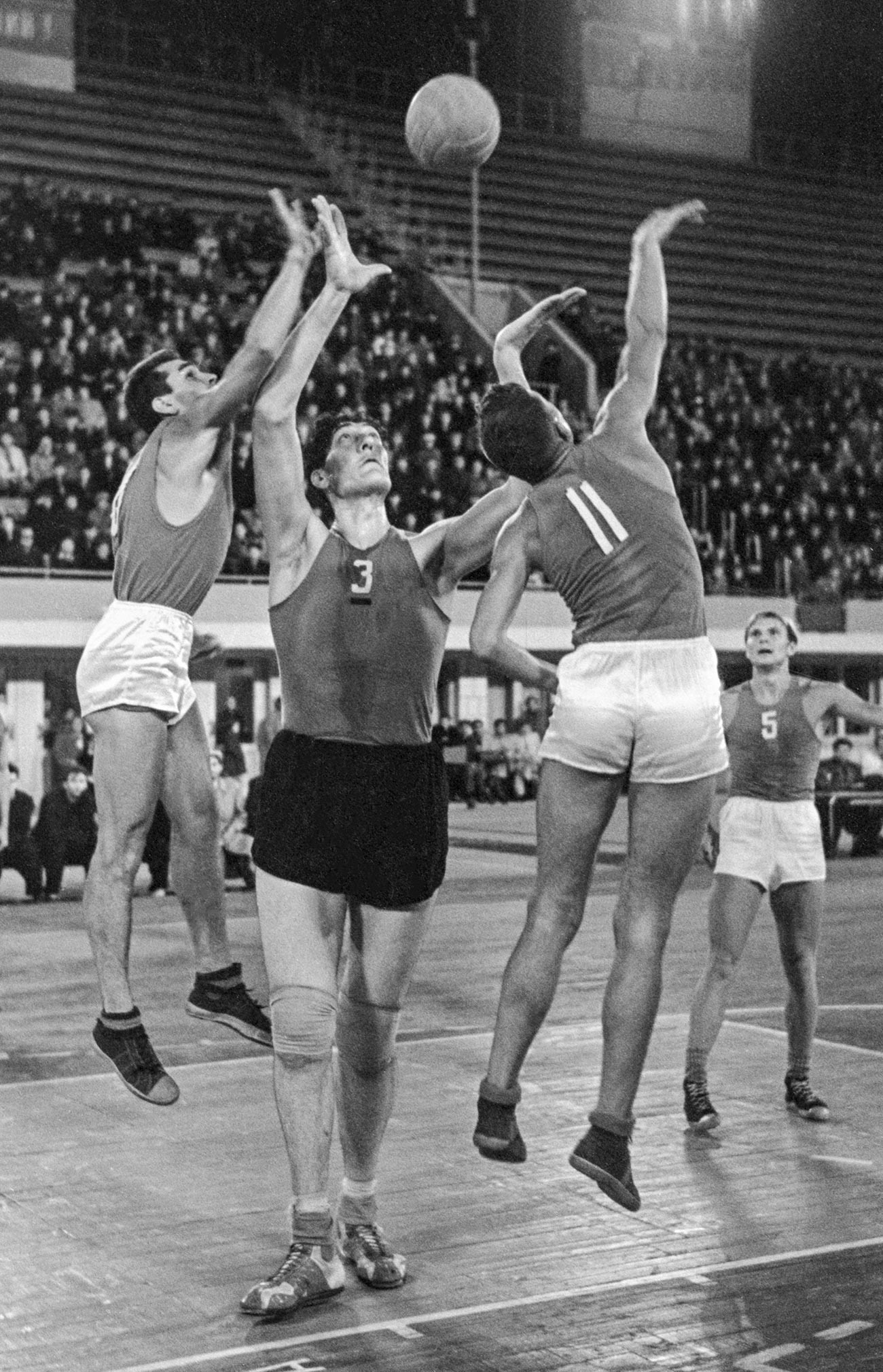 He went by the name The Chechen and was notorious for his height. An ethnic Chechen, Akhtaev — with the rest of his community of native Chechens and Ingush — was deported to Karaganda, Kazakh SSR, in 1944. 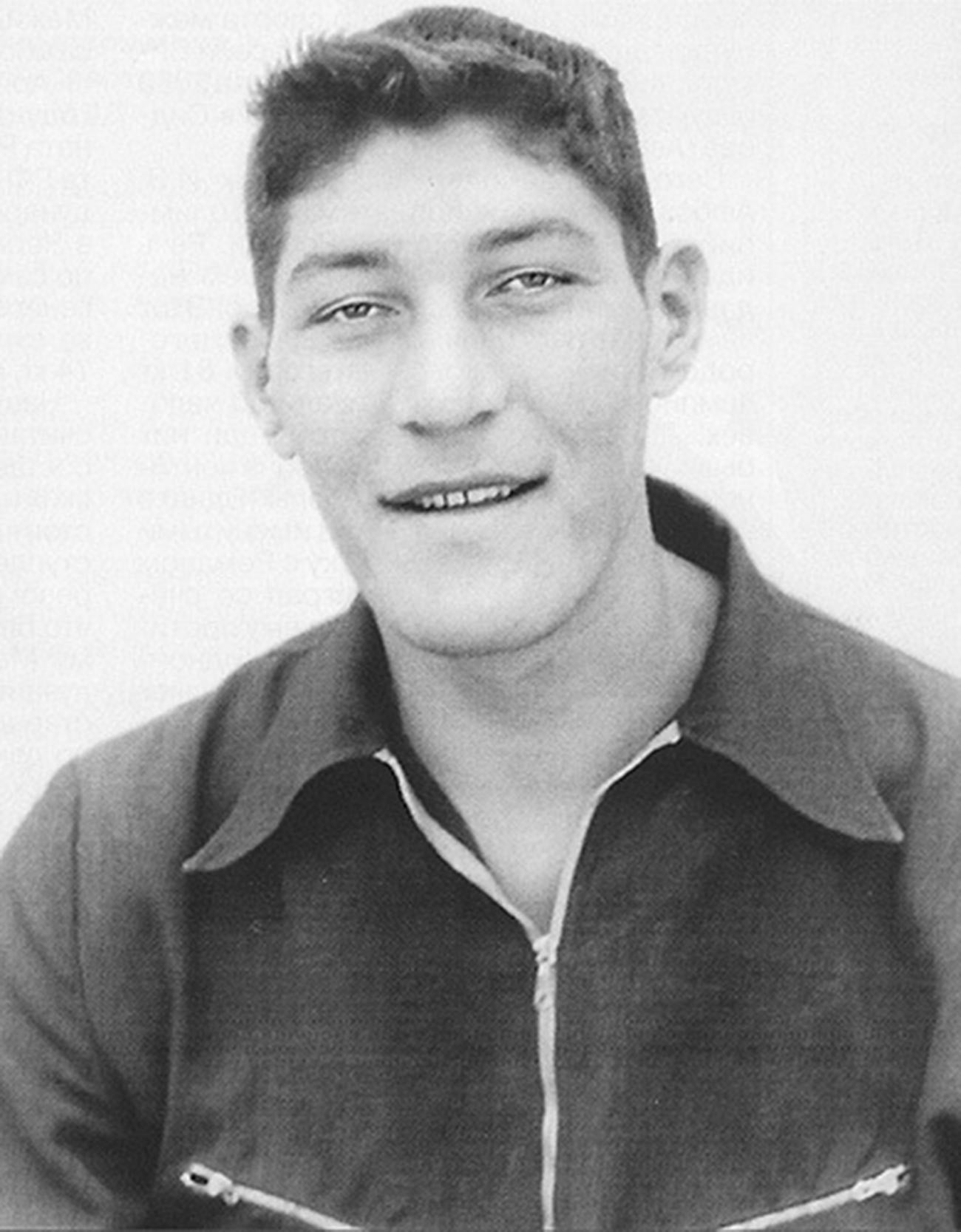 Life in the new place was far from easy. People had to steal food and wood to survive and keep warm. Once, a fortunate accident saved young Akhtaev from prison and directed him towards sports.

A 14-year-old Akhtaev was stealing wooden sleepers from a local railroad to heat his family house, but was caught by the police. Astonished by the young man’s ability to carry four wooden sleepers simultaneously and, in the meantime, attempting to run from the police, a policeman who had caught Akhtaev took him not to jail, but to a sports club. Since then, the giant’s life was predetermined. 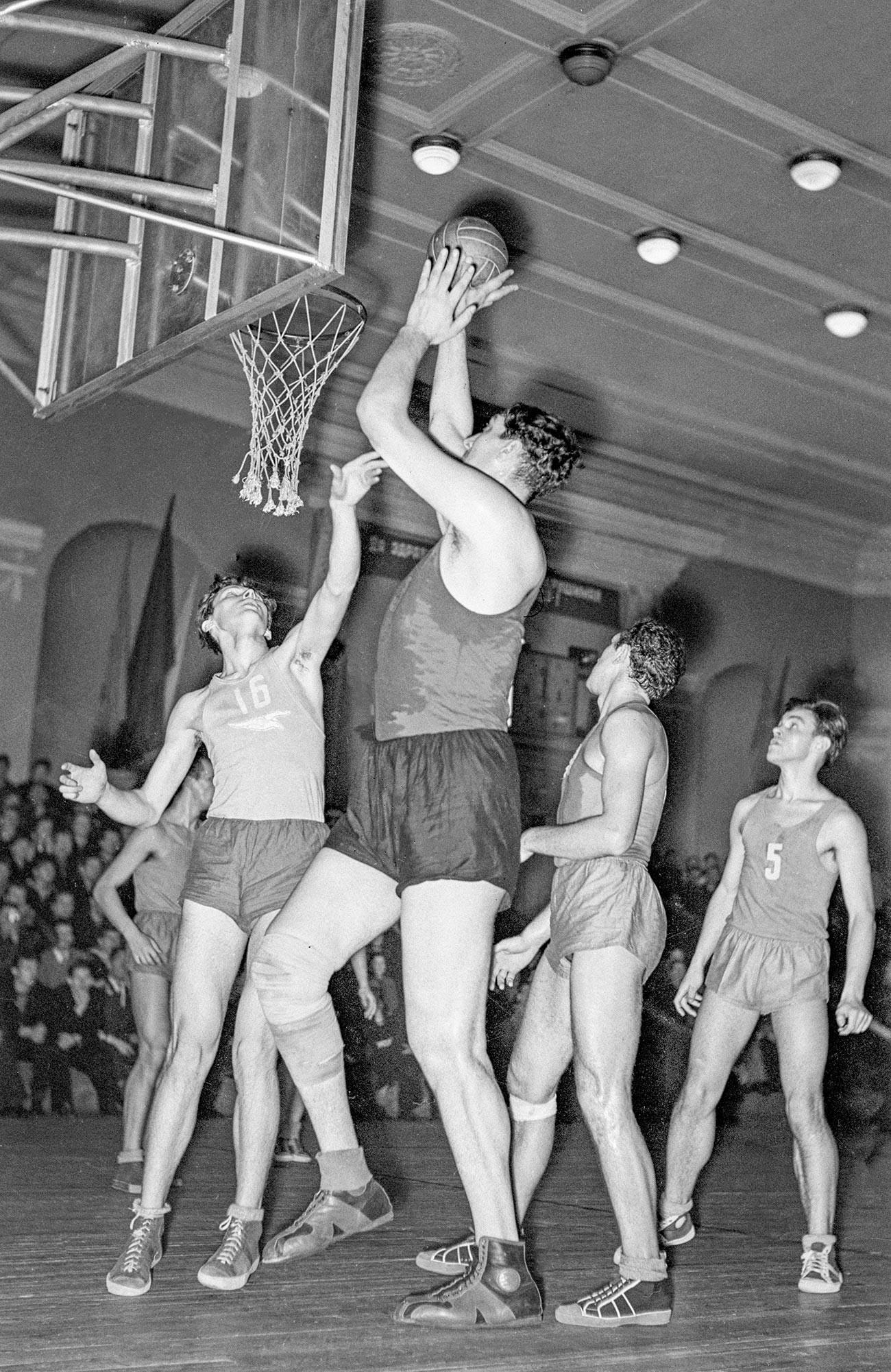 In his prime years, Akhtaev was 2.36 meters tall; his weight varied from 160 to an astonishing 200 kilograms. Akhtaev reportedly became the first basketball player in the USSR who could score two points by slam dunking the ball into the net.

Akhtaev never played for the Soviet Olympic team, as he was offered a place on condition that he changed his name and nationality in official papers. He refused to do so and missed the 1952 Olympic Games in Helsinki, Finland.

Akhtaev died in June 1978. Before his death, he asked his relatives to put him in a standard size grave, so that it would not attract the attention of cemetery visitors. 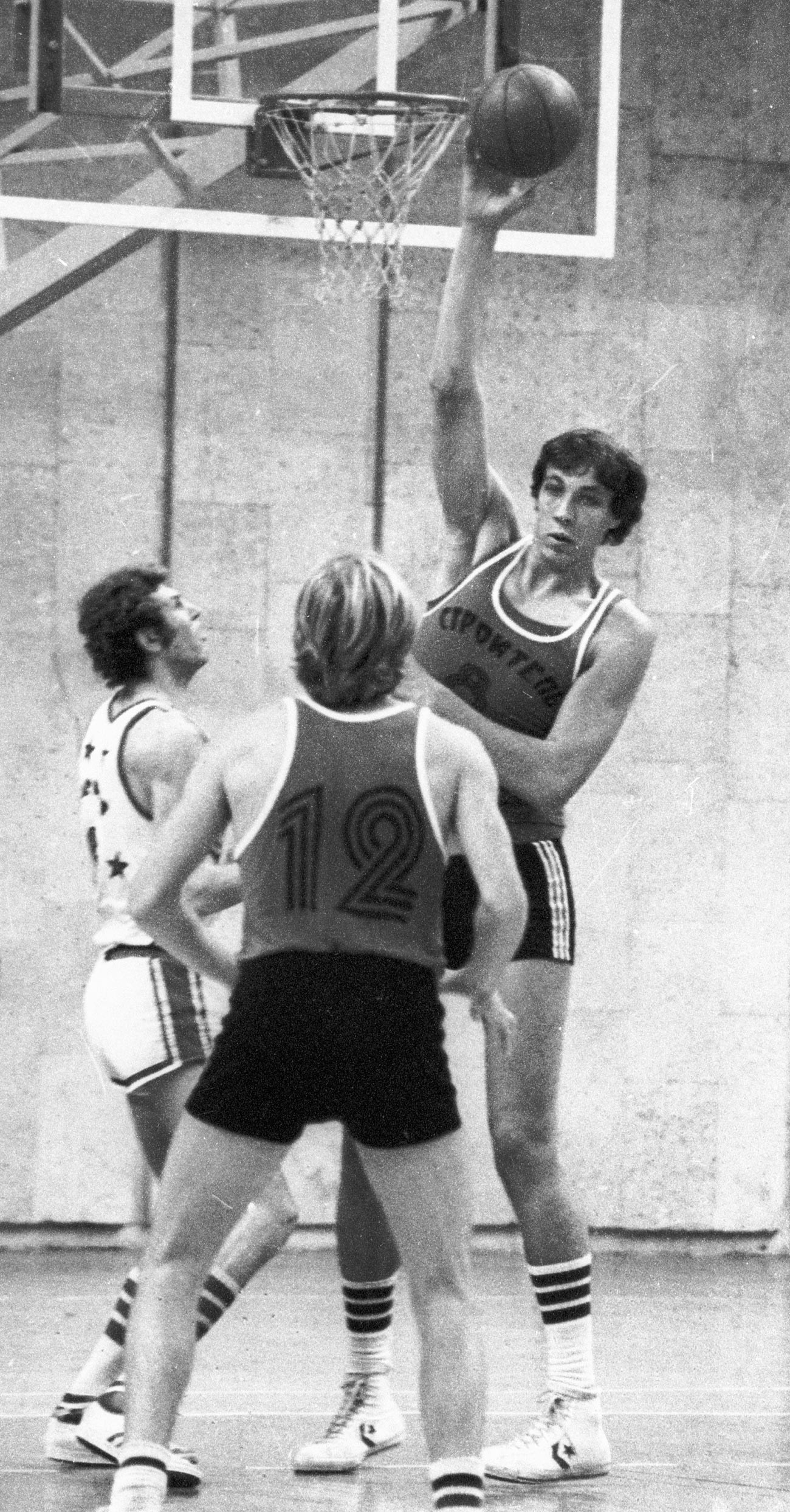 In his youth, Sizonenko’s abnormal height was considered an illness, yet treatment did not produce the wanted results — the boy continued to grow. Born in 1959 in Ukrainian SSR, Sizonenko stood at 2.37 meters when he played in the USSR Premier Basketball League for Spartak and, later, Stroitel basketball clubs. 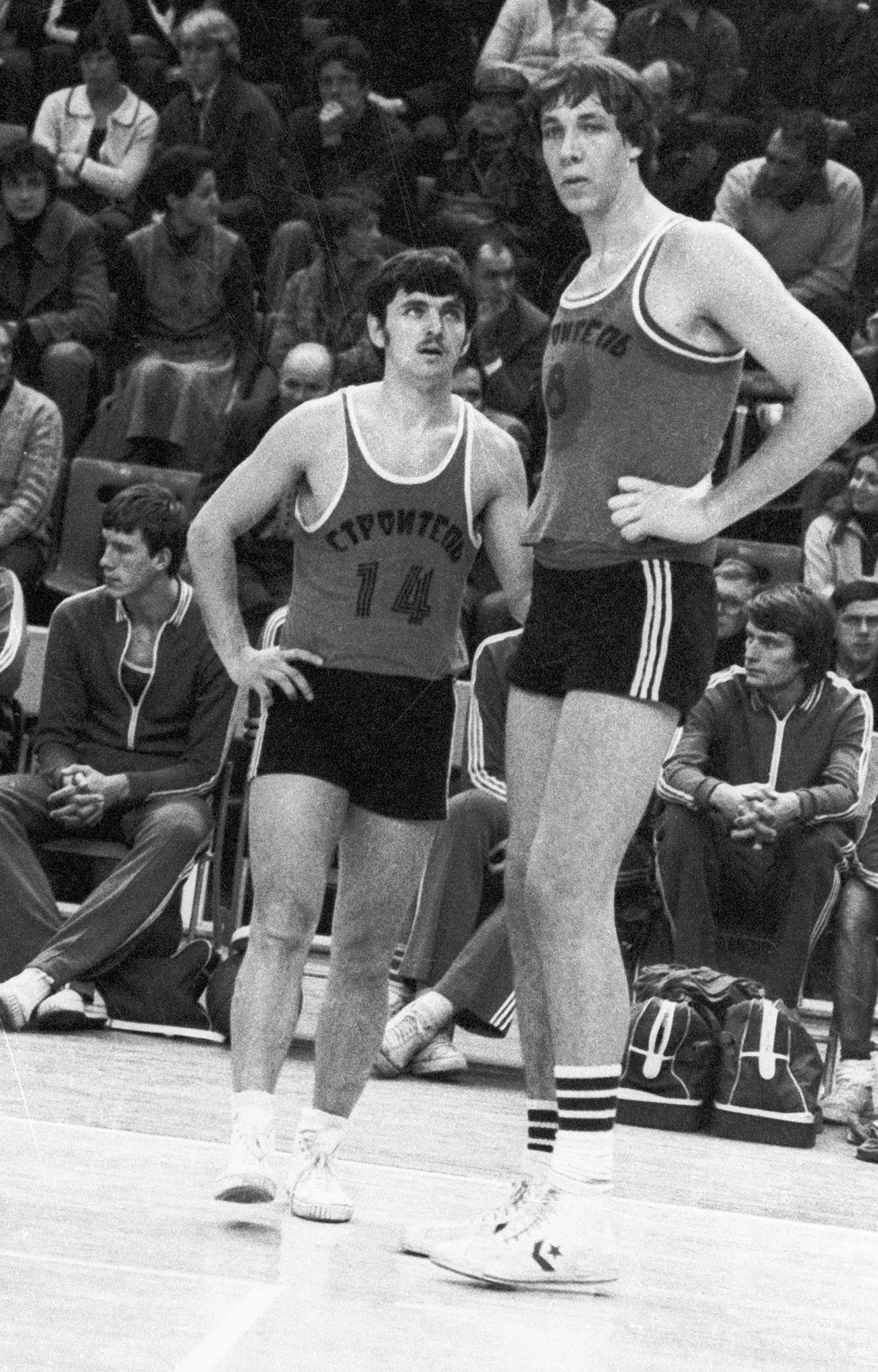 In 1986, Sizonenko was forced to retire from the sport, due to a medical condition. During his lifetime, he never stopped growing, reaching 2.43 meters at the time of his death in January 2012. 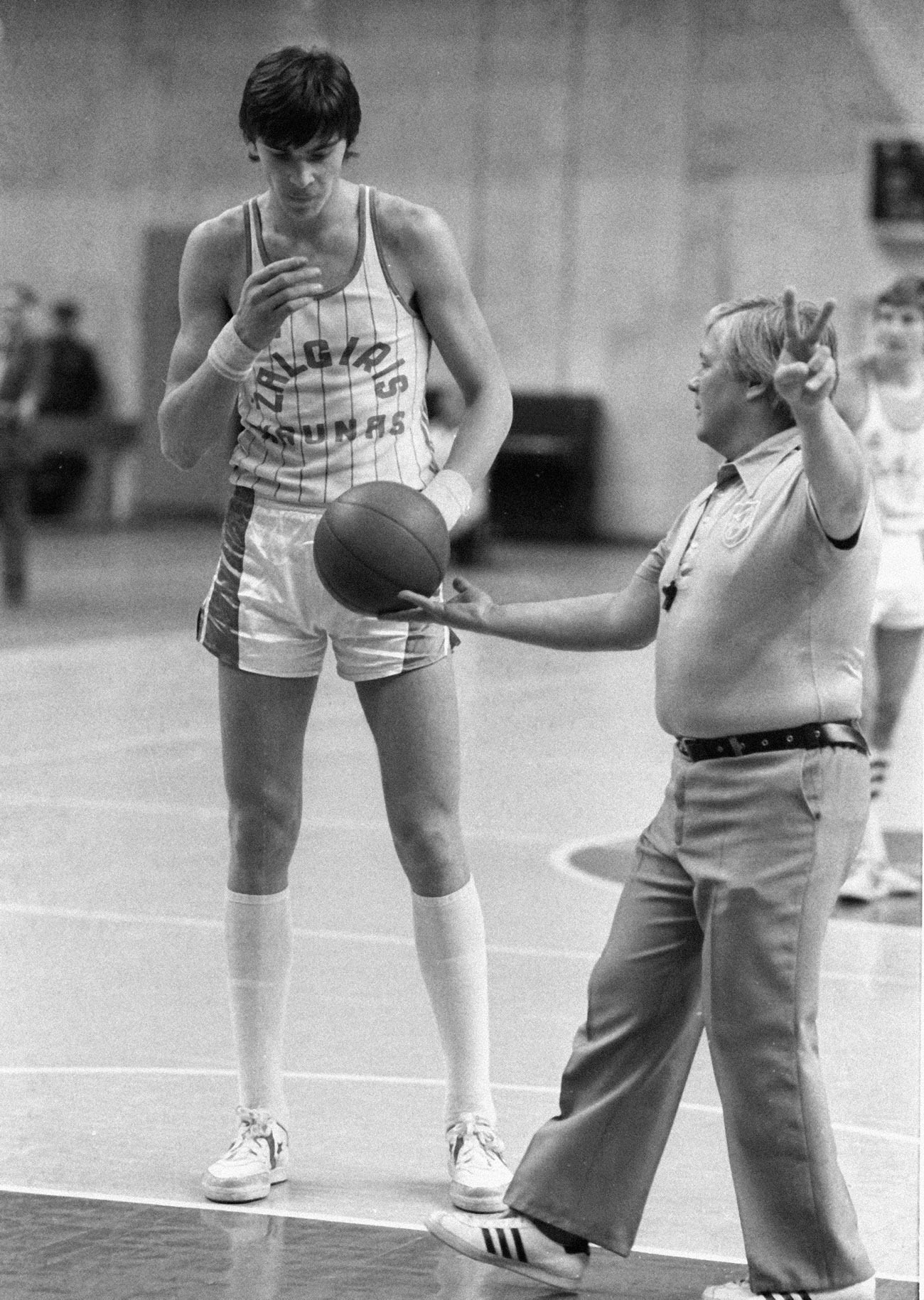 Arvydas Romas Sabonis was perhaps the most accomplished basketball player on the list. A native of Lithuanian SSR, Sabonis became an Olympic champion when he won gold at the 1988 Summer Olympics in South Korea, playing the center position in the team of the Soviet Union. He also won the Euroscar — an annual basketball award given to the year’s best male European basketball player — several times. 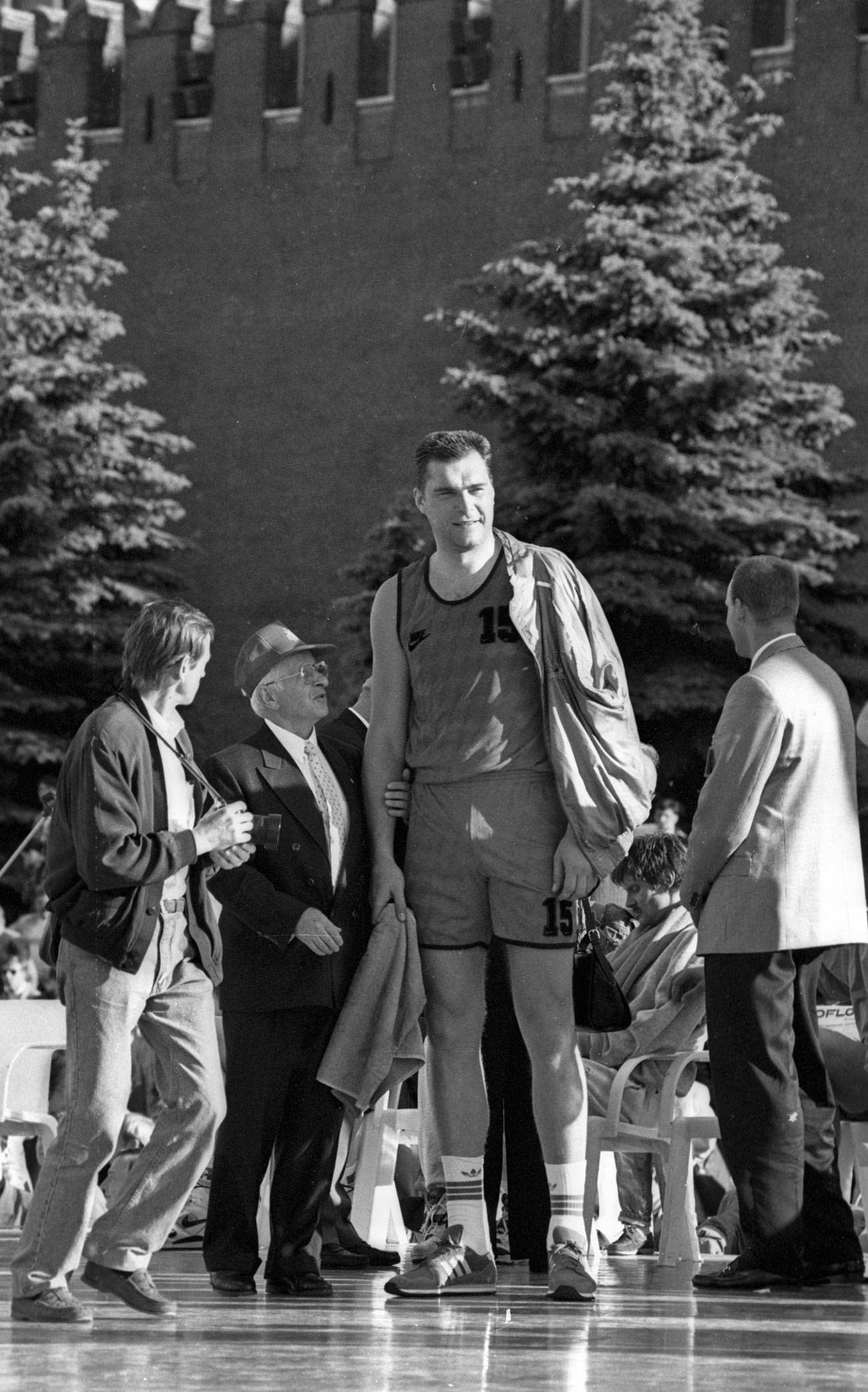 In 2011, at 2.21 meters, Sabonis became the tallest basketball player ever inducted in the Naismith Memorial Basketball Hall of Fame, though he was later surpassed by American Ralph Sampson by a mere three centimeters.

Sabonis is widely recognized as one of the best centers ever in basketball, including in the NBA. His strong record was not beaten by any other basketball player from the former Soviet Union.

Click here to find out how the Soviet basketball team beat the Americans.