How the Slovaks first fought against, then for the USSR 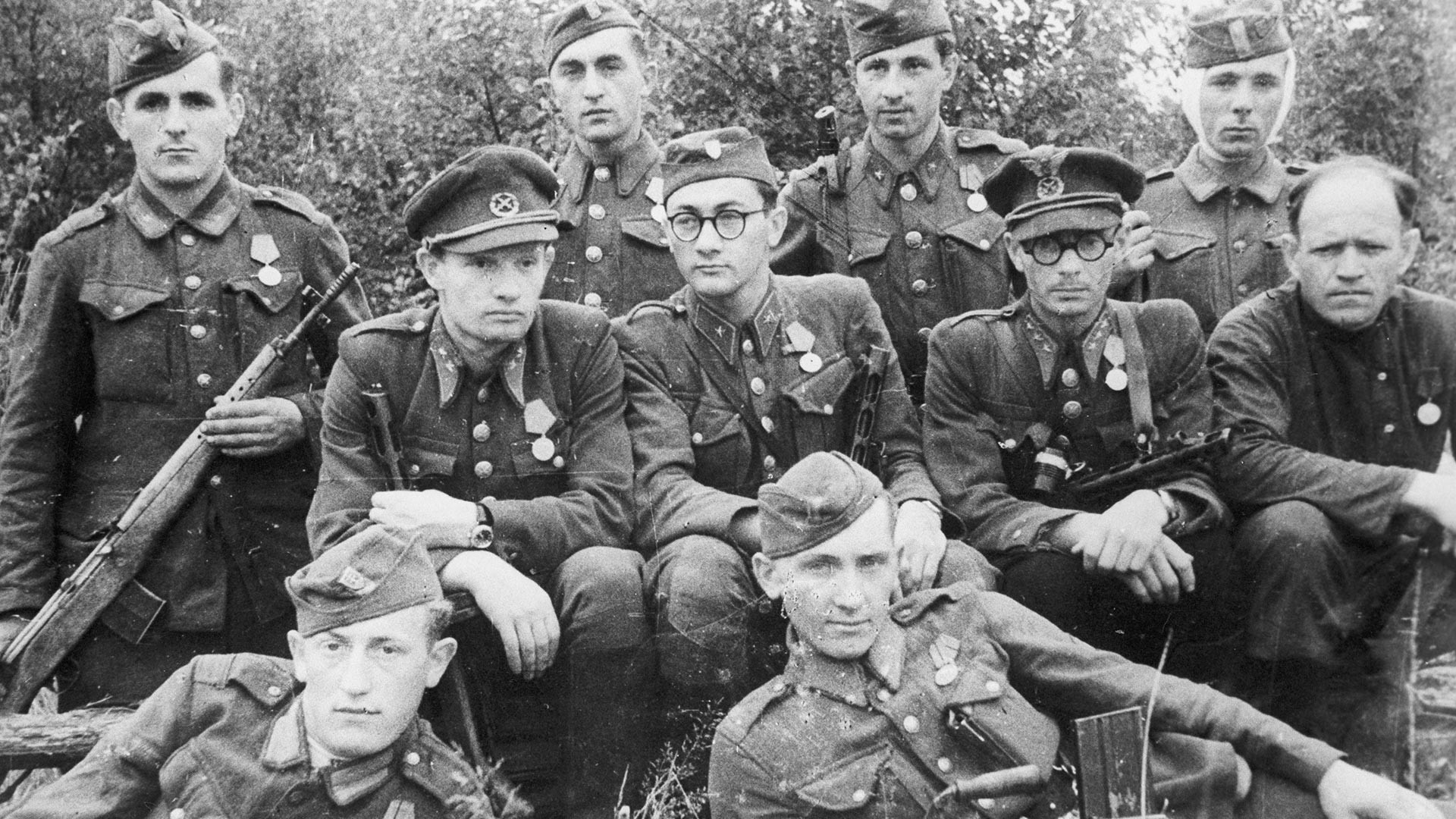 Slovak soldiers who defected to the side of the Soviet partisans.

Sputnik
The Slovaks, who were the first to become allies of the Germans in World War II, ended up being the most unreliable of them all.

In the spring of 1939, Nazi Germany finally dismantled a weakened Czechoslovakia, after it was abandoned by the Western powers. While German forces occupied Bohemia and Moravia, well nigh without firing a shot, an “independent” Slovak Republic was proclaimed, at the instigation of Berlin, in another part of the country.

For the first time in their history, the Slovaks had their own state. But, far from all Slovaks were happy with the fact that their homeland had become a de facto totalitarian satellite state of the Third Reich. In fractured Slovak society, some people were helping to build Hitler’s “new Europe”, while others were joining the growing resistance movement. 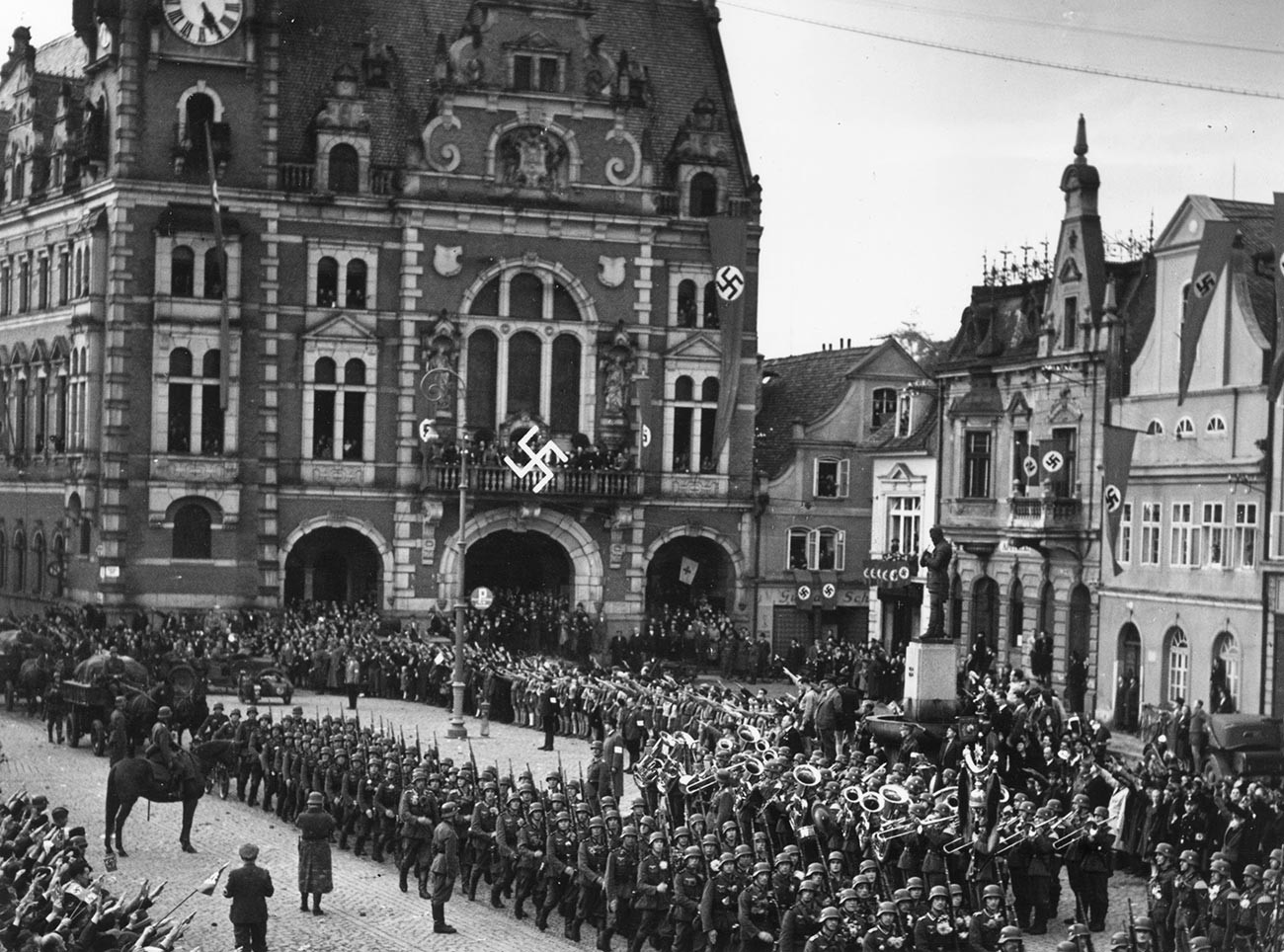 Troops of the German army march into Czechoslovak territory and parade in the town square at Rumburk, which has been decorated with swastika banners.

Following the start of the German invasion of the USSR, tens of thousands of Slovaks ended up on the Eastern Front, where they fought in the armies of the two opposing sides.

The Slovak Republic was, in fact, the first ally of Germany in World War II. In September 1939, its 50,000-strong Field Army Bernolák participated in the invasion of Poland, intending to seize from it the territories which Czechoslovakia had lost in previous years. 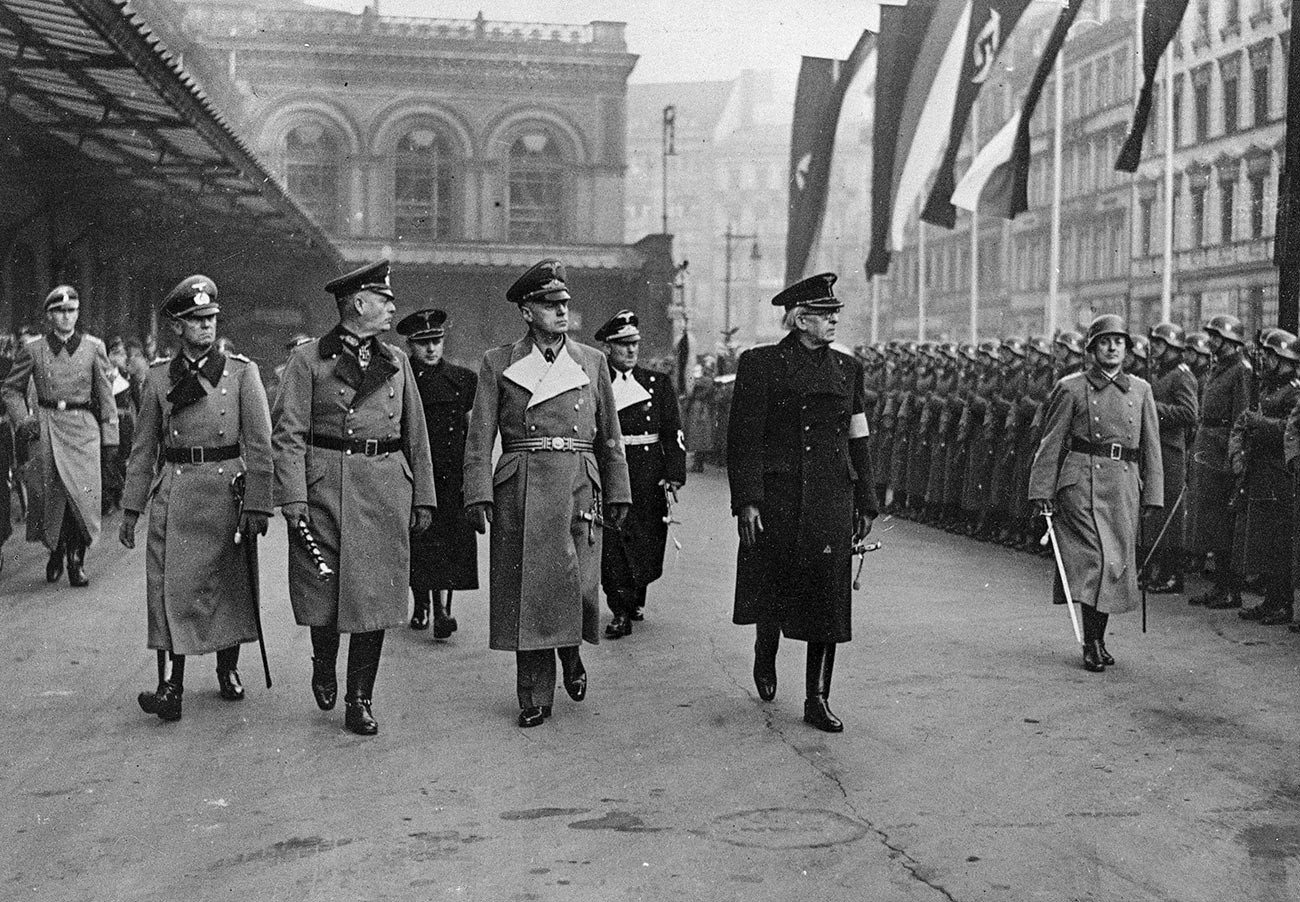 Visit of the Prime Minister Vojtech Tuka in Berlin (in the center, Ribbentrop)

In June 1941, the government of President Jozef Tiso and Prime Minister Vojtech Tuka came forward with the initiative of fighting side by side with the Nazis again. “In full solidarity with the Greater Germanic Reich, the Slovak people are taking their place in the defense of European culture. Some units of our army have crossed the [Slovak] borders to join the German fighting troops,” Interior Minister Alexander Mach said in a radio address on June 22.

Slovak units took part in hostilities in the USSR as part of the German 17th Army as early as the first days of the war. At the same time, mass mobilization was carried out in the country and soon the Slovak Expeditionary Army Group on the Eastern Front exceeded 40,000 men. 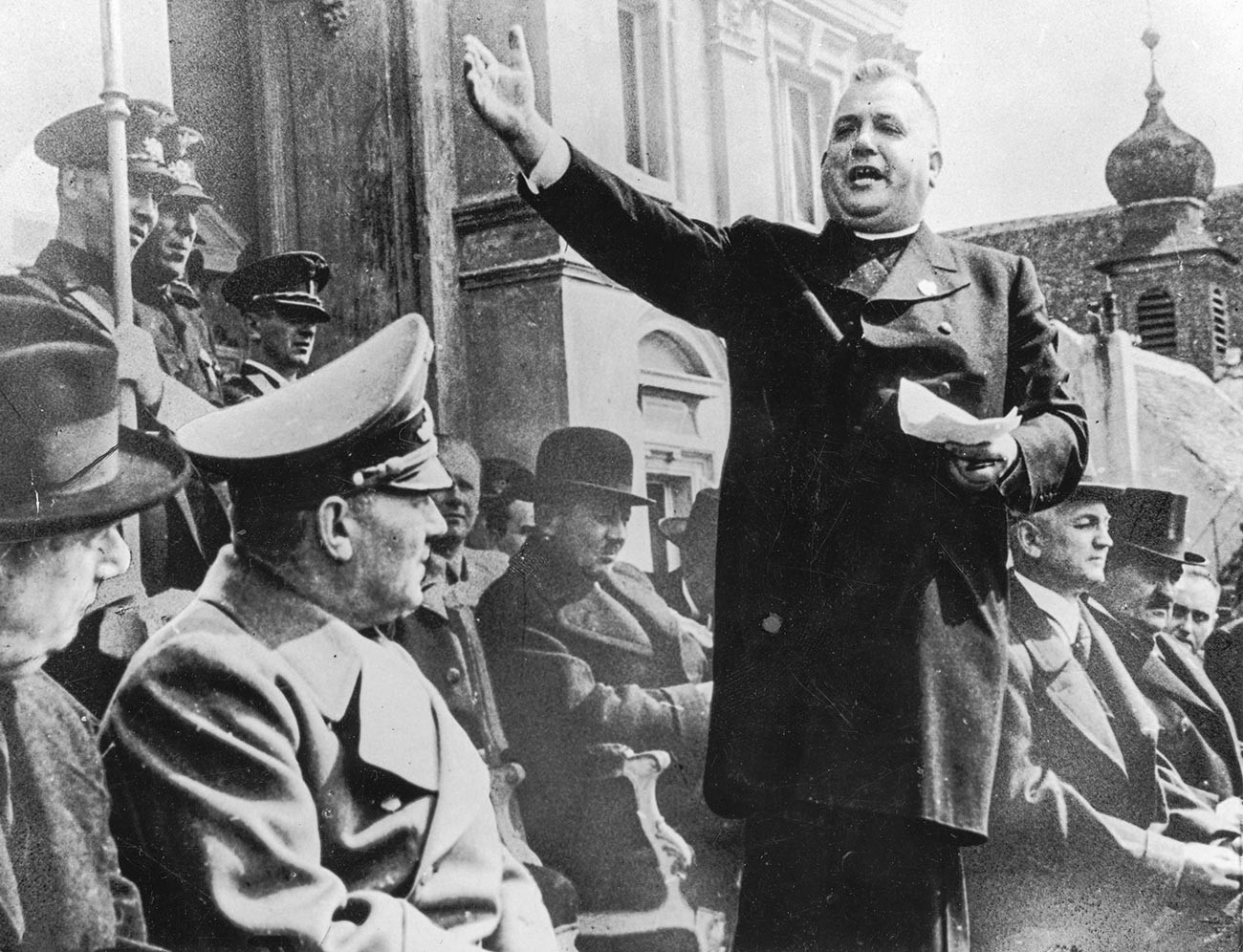 It very quickly became clear, however, that quantity doesn’t compensate for quality. Poorly trained and lacking in mobility and in well-trained commanders, the Slovak units could not be utilized effectively in the fast-paced German Blitzkrieg.

After the Germans had, quite simply, sent most of the Slovaks home in the autumn of 1941, only about 15,000 remained in the Soviet Union. They consisted of just several formations. One of them - the 2nd Security Division - was entrusted with counter-partisan duties and the protection of important rear-area facilities and railway links in occupied Ukraine. 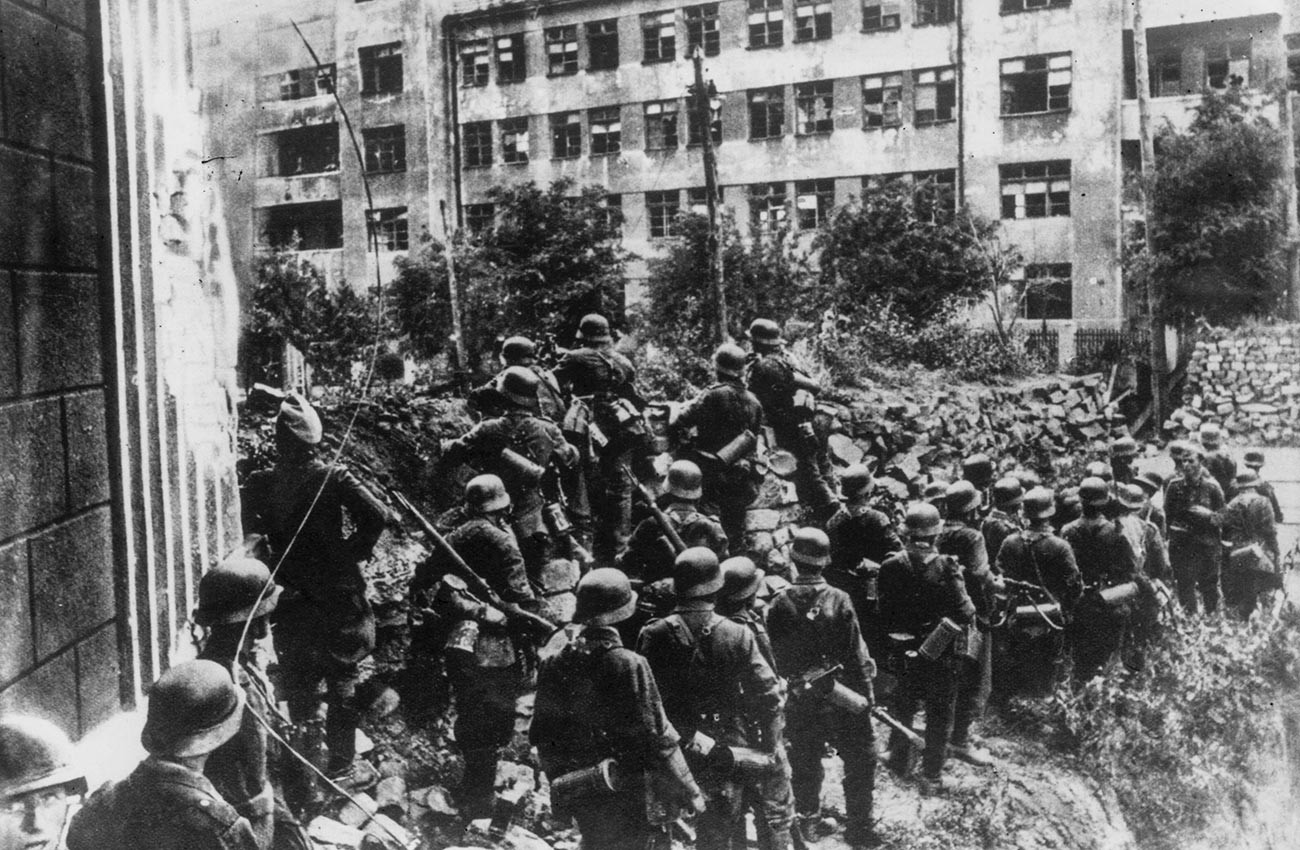 From November 1942 until October 1943, the Slovak 13th Fighter Flight was deployed on the Soviet-German front. The Slovak 41st Bomber Squadron was based in occupied Crimea for several months.

The most effective Slovak formation was the 1st Infantry Division (dubbed the ‘Fast Division’), which was subordinated to the command of Army Group South. It took part in the battles for Kiev, particularly distinguished itself in the second capture of Rostov-on-Don in July 1942 and even managed to reach the foothills of the North Caucasus, from where soon afterwards it started to retreat together with its German allies. 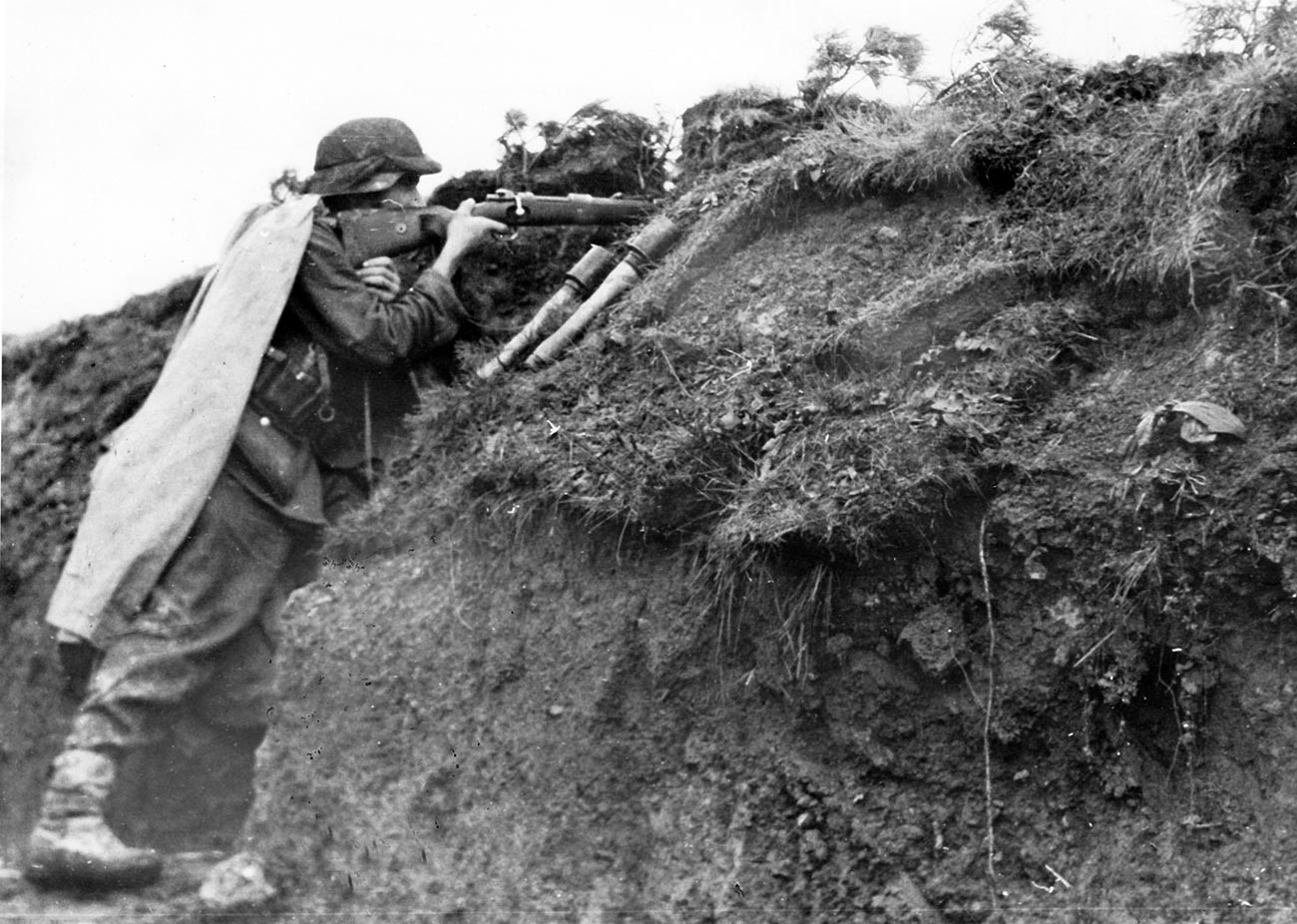 The German Wehrmacht in the Carpathian Mountains on the Eastern Front, October 1944.

At the very beginning of the war, Vojtech Tuka, in a telegram to the Third Reich's Minister of Foreign Affairs Joachim von Ribbentrop, had said that “the Slovak people have decided actively and with all their might to take the side of the great German people”. In reality, things were not as rosy as the prime minister had proclaimed.

Even in the first years of the war, when it seemed nothing would save the USSR from defeat, Slovaks often crossed over to the Soviet partisans or surrendered to the Red Army without a fight. Thus, Ján Nálepka, the chief of staff of the Slovak 101st Regiment of the 2nd Security Division, established contact with the partisans at the beginning of 1942. On May 15, 1943, along with a group of soldiers and officers, he went over to their side and fought against the Germans until his death on November 16 of the same year. After the war, he was posthumously awarded the title of Hero of the Soviet Union. 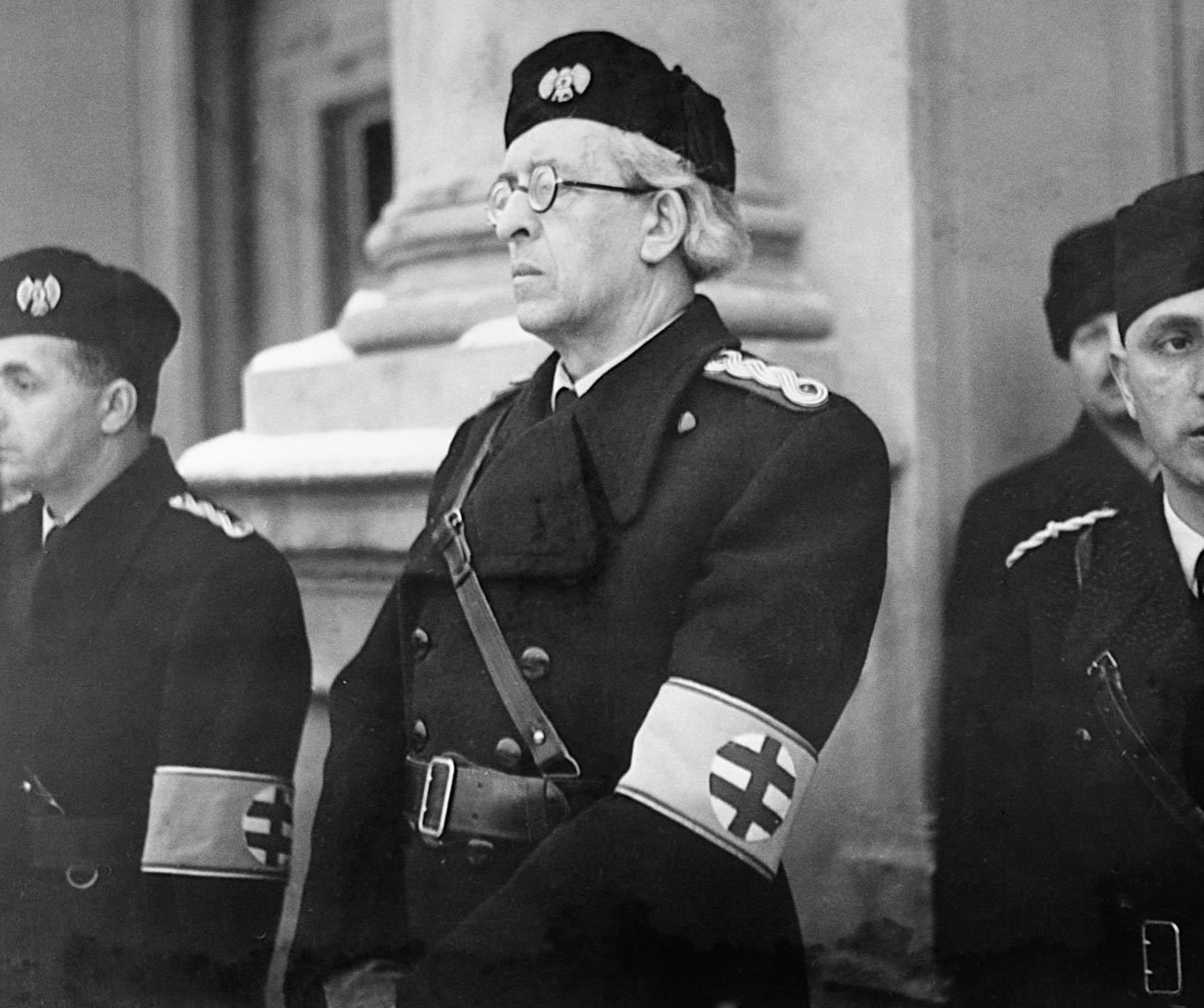 “Here, if anyone saved us or treated us well, it was the Slovaks…” recollected Lidiya Girenko (Shishkina), a resident of the occupied Ukrainian town of Korostyshiv (Russian: Korostyshev). “There was one handsome cavalryman, Daniel Gonta - see, I even remember his name. He even secretly told the partisans where to go and where the Germans were heading… He did help. The Germans got wind of something and wanted to have him shot. But the Slovak leadership said ‘we’ll put him on trial in Slovakia’' and he was sent to Slovakia, and, of course, nobody put him on trial there. They may have put him behind bars for the sake of appearances, but that’s all.” However, despite the fact that, generally, Slovak soldiers didn’t treat the local Soviet population with brutality, there were also incidents of their involvement in war crimes.

The Slav allies became a real headache for the Germans, who constantly had to identify and disarm the least reliable units and send them back to the rear. In August 1944, they even disarmed the whole of the 38,000-strong Eastern Slovak Army, which had been established to defend the country from the approaching “Bolshevik hordes”. When the Slovak National Uprising broke out, many units of this army not only failed to take part in suppressing it, but started going over to the side of the partisans. As a result, German troops had to deal with the insurgents and all the remaining Slovak armed forces were brought under Berlin’s tight control. 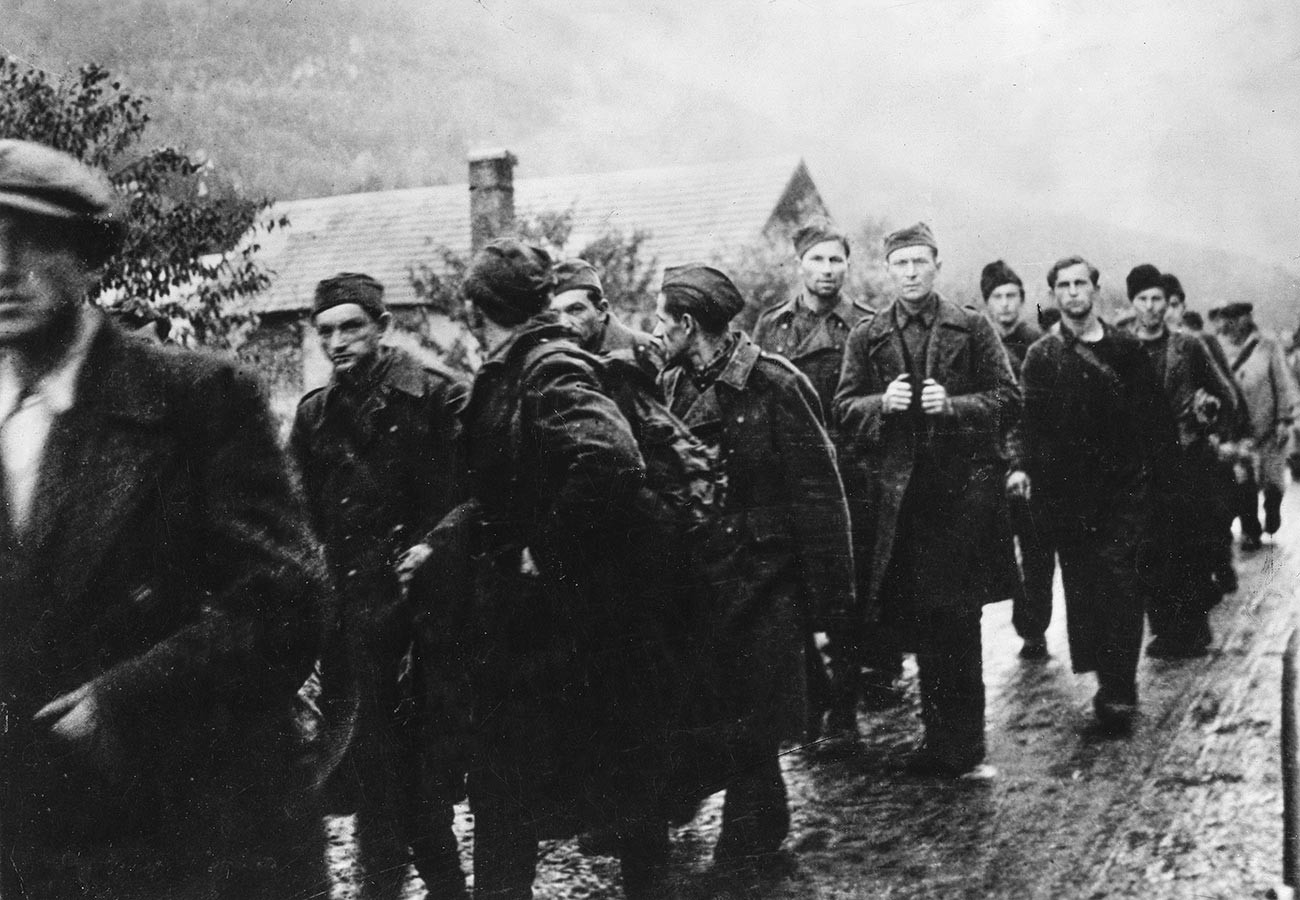 With the Red Army

Tens of thousands of Czechs and Slovaks fought as part of the allied armies during World War II for the restoration of their state on the political map of Europe. It was they who formed the first foreign units to join battle with the Nazis shoulder to shoulder against the Red Army on Soviet soil.

After the attack on the USSR by Nazi Germany, joined by Slovakia which had sided with Germany, the Soviet government revoked recognition of Jozef Tiso’s puppet state and established military and political cooperation with the Edvard Beneš-led Czechoslovak government-in-exile. 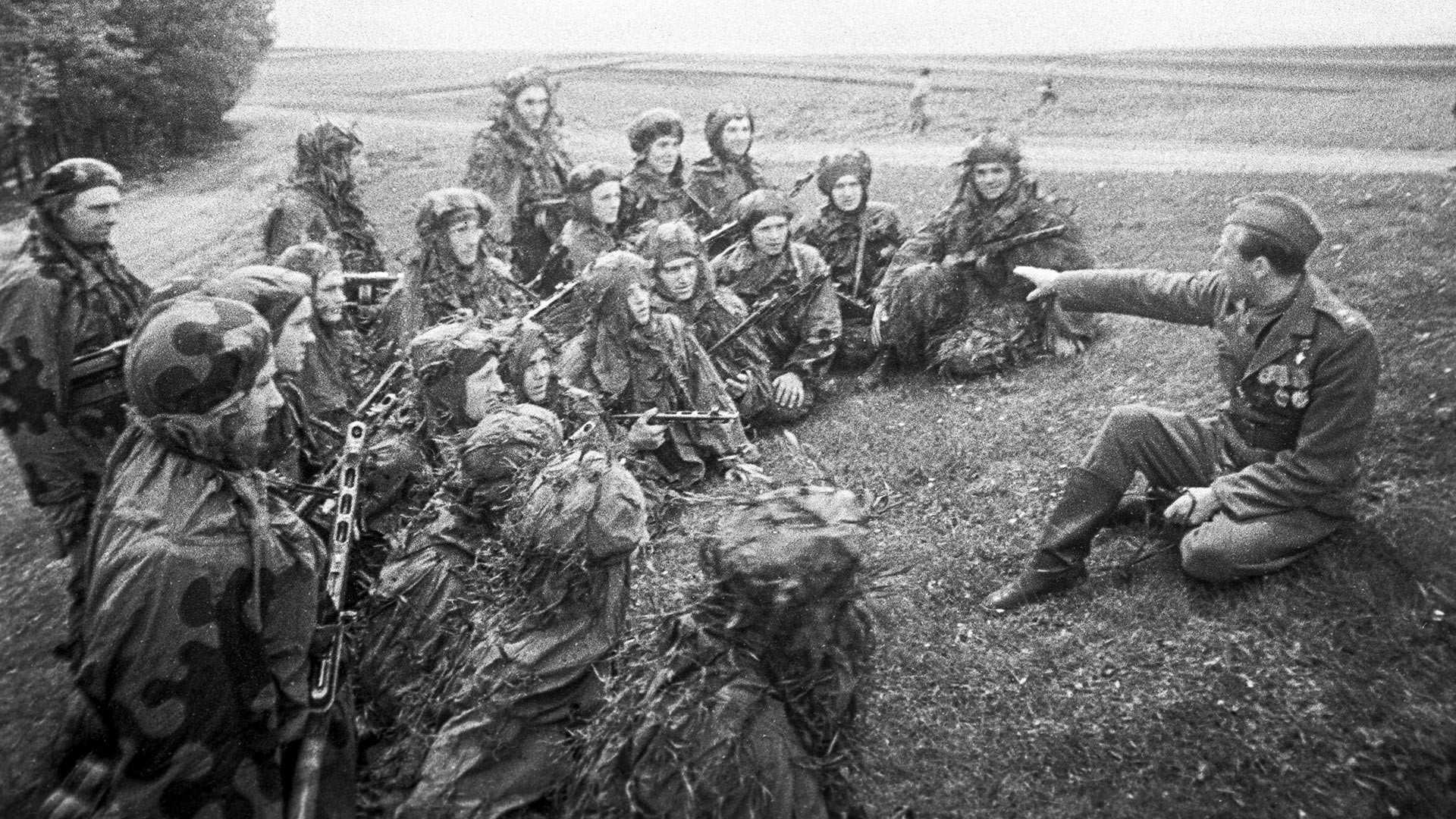 In early 1942, by mutual agreement, the 1st Czechoslovak Independent Field Battalion was formed in the town of Buzuluk on the border with the Kazakh Soviet Socialist Republic. It was drawn from Czechs and Slovaks who had ended up on Soviet territory (mainly those who had fled to Poland from the Nazis and had been interned there by the Red Army in 1939).

As Ludvík Svoboda, the battalion’s first commander, wrote in his memoirs: “The volunteers who arrived at Buzuluk from various corners of the Soviet Union’s boundless territory joined the military unit, not to grandstand in any way, but to fight, to help their people to wash away the shame of Munich and deal with the invaders, collaborators and traitors as rapidly as possible.” 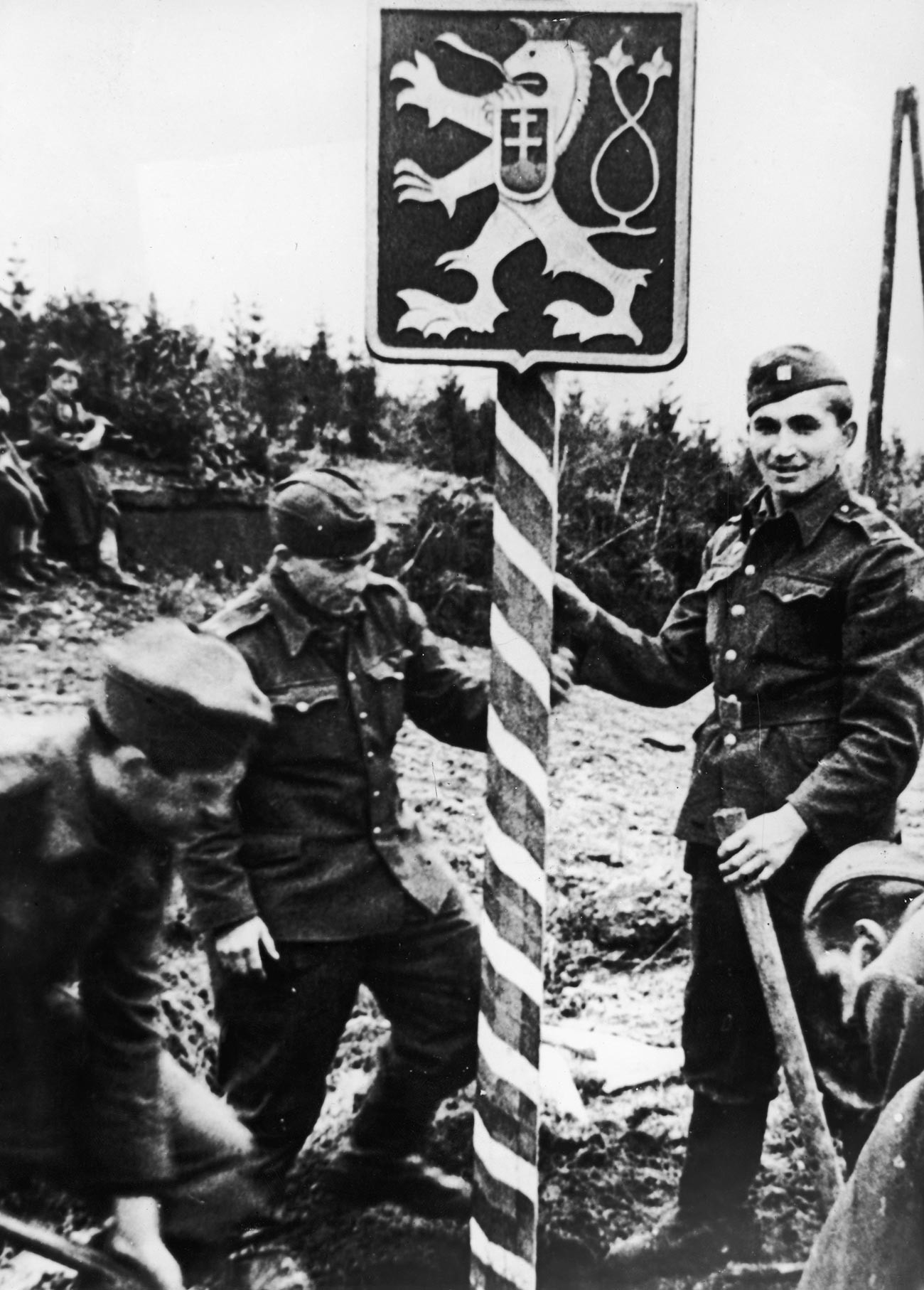 Commencing with their first battles in March 1943, the Czechs and Slovaks demonstrated high morale and an excellent level of training. In a short space of time, the battalion was reorganized into a brigade and, in April 1944, into the 1st Czechoslovak Army Corps, numbering about 16,000 men.

In September-October 1944, the corps, along with other Red Army units, attempted to break through the Carpathians to support the Slovak National Uprising, but unsuccessfully. Only the 2nd Czechoslovak Parachute Brigade managed to be dropped into areas under the control of the insurgents. But it, too, was forced to retreat back to its own side with heavy losses after the uprising was crushed by the Germans. 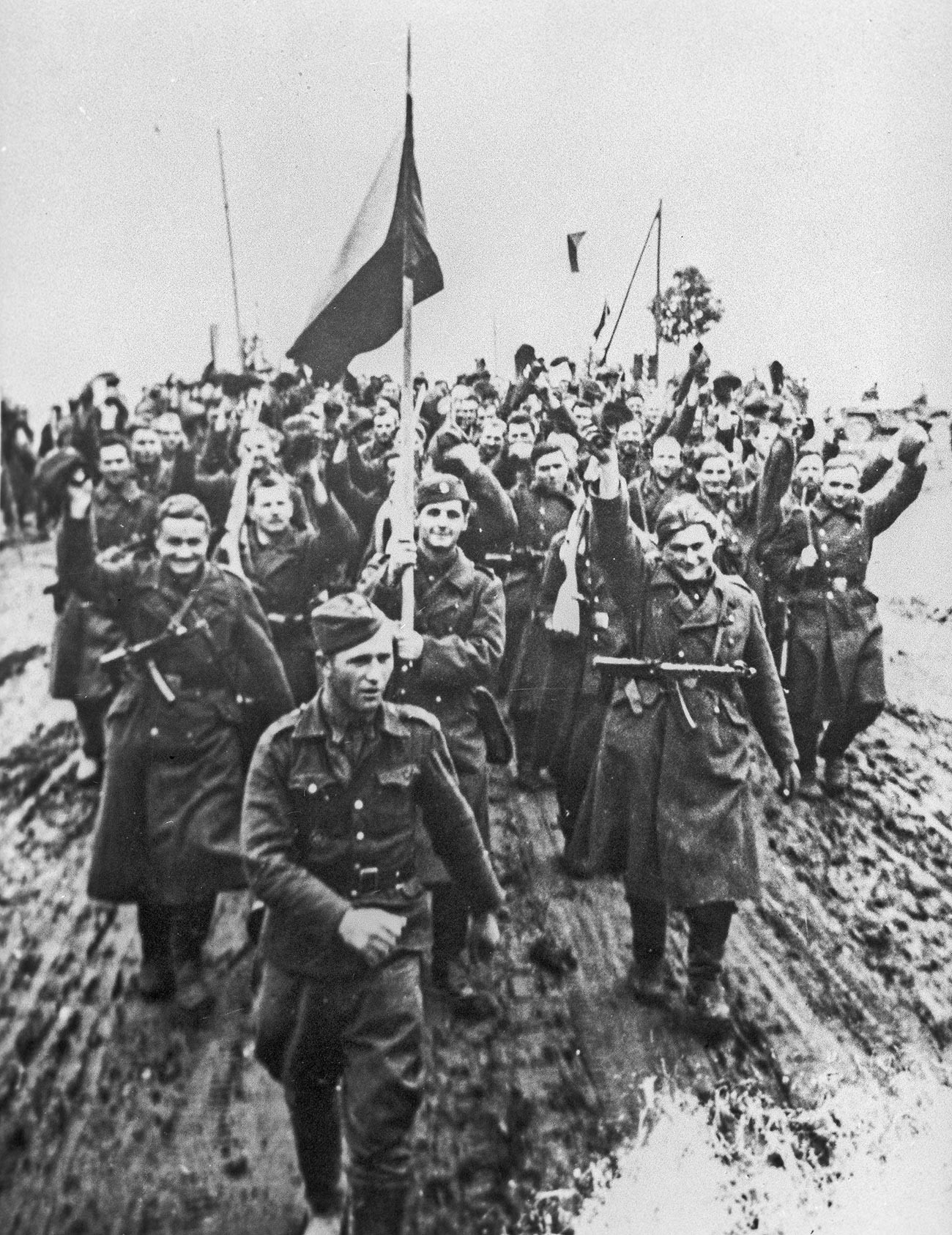 The Slovaks and Czechs who had fought on the side of the USSR greeted the end of the war in Prague. A forward detachment of the 1st Czechoslovak Tank Brigade entered the liberated city on May 10, 1945, and a ceremonial parade of all the corps’ personnel marched through the streets of the capital of liberated Czechoslovakia a week later.